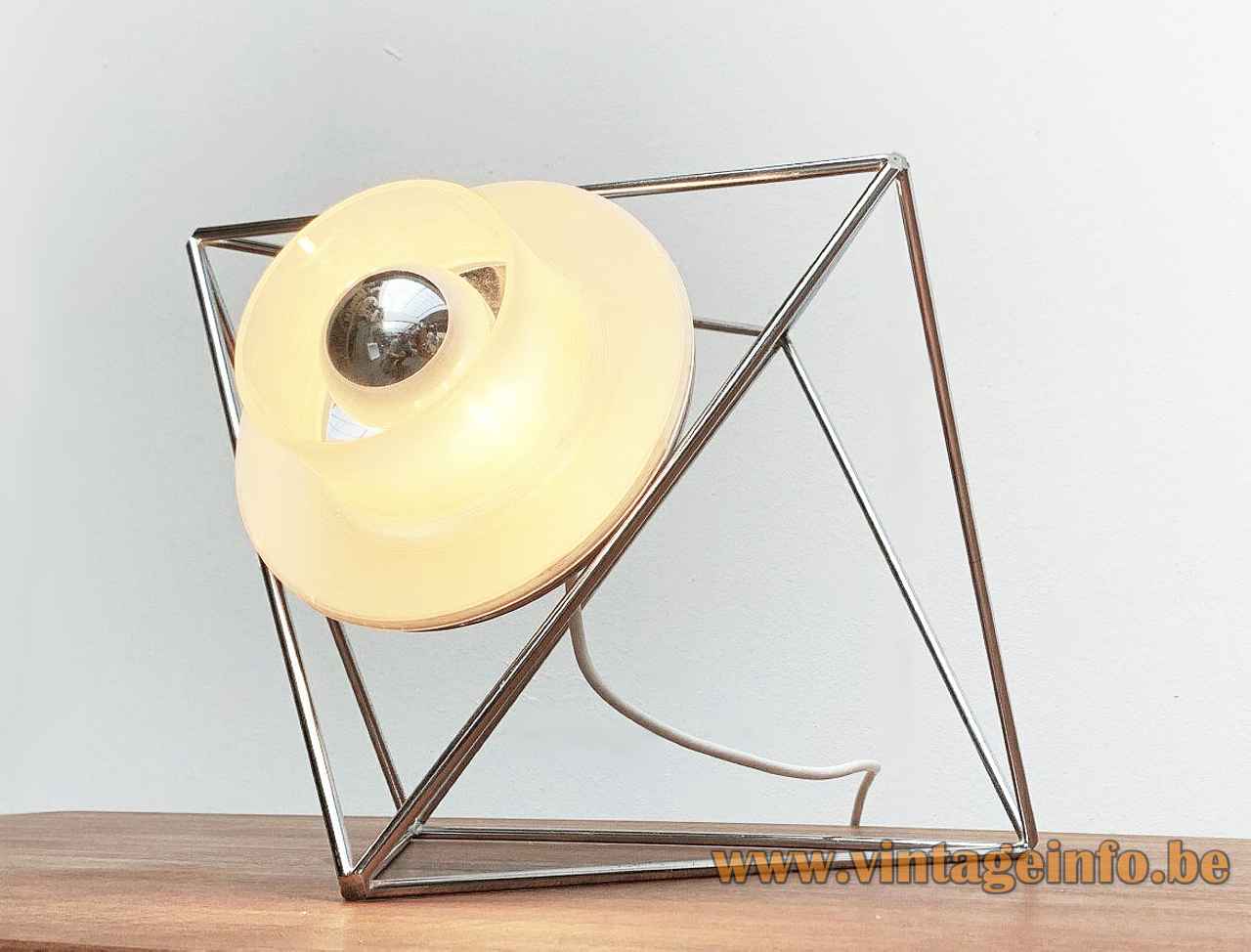 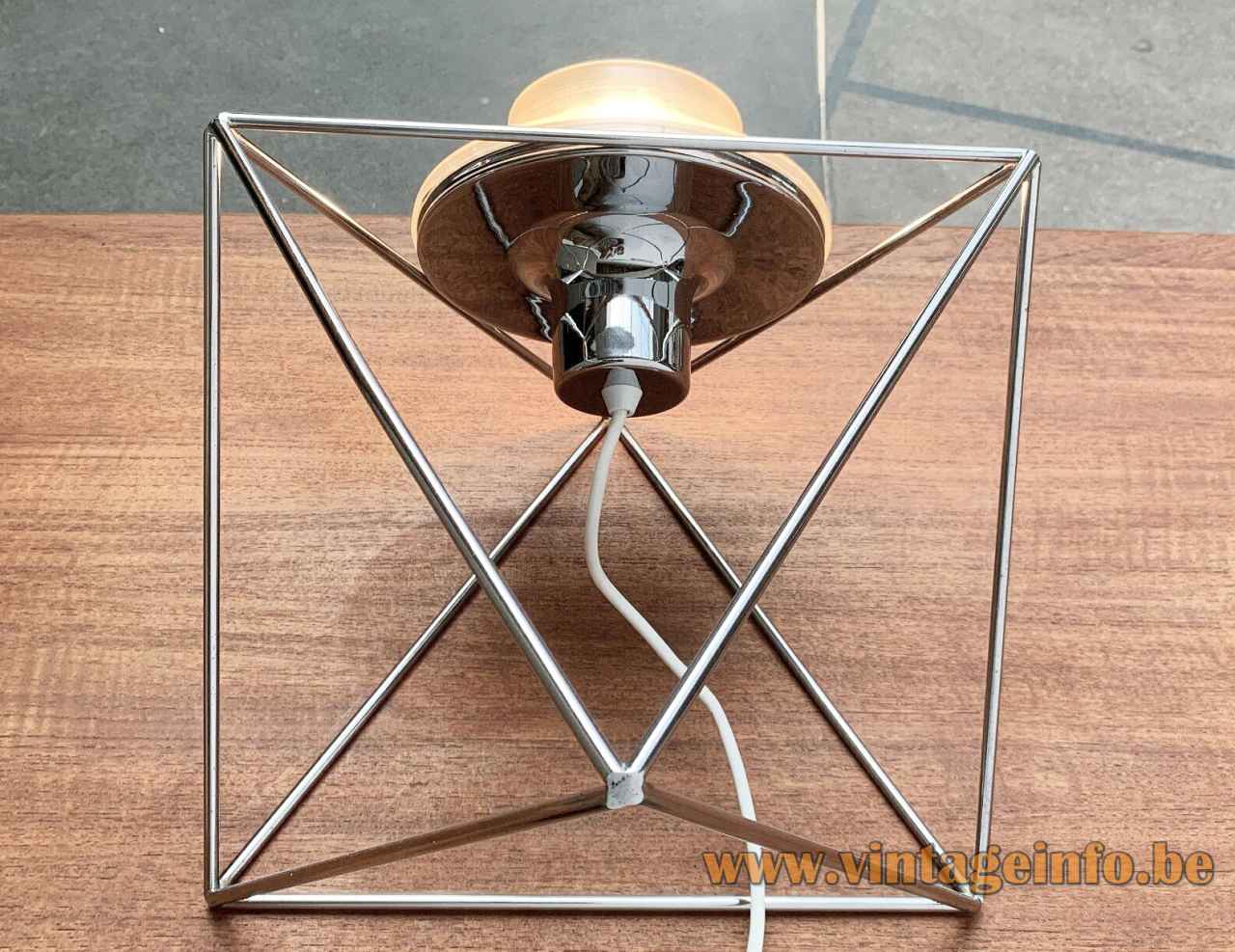 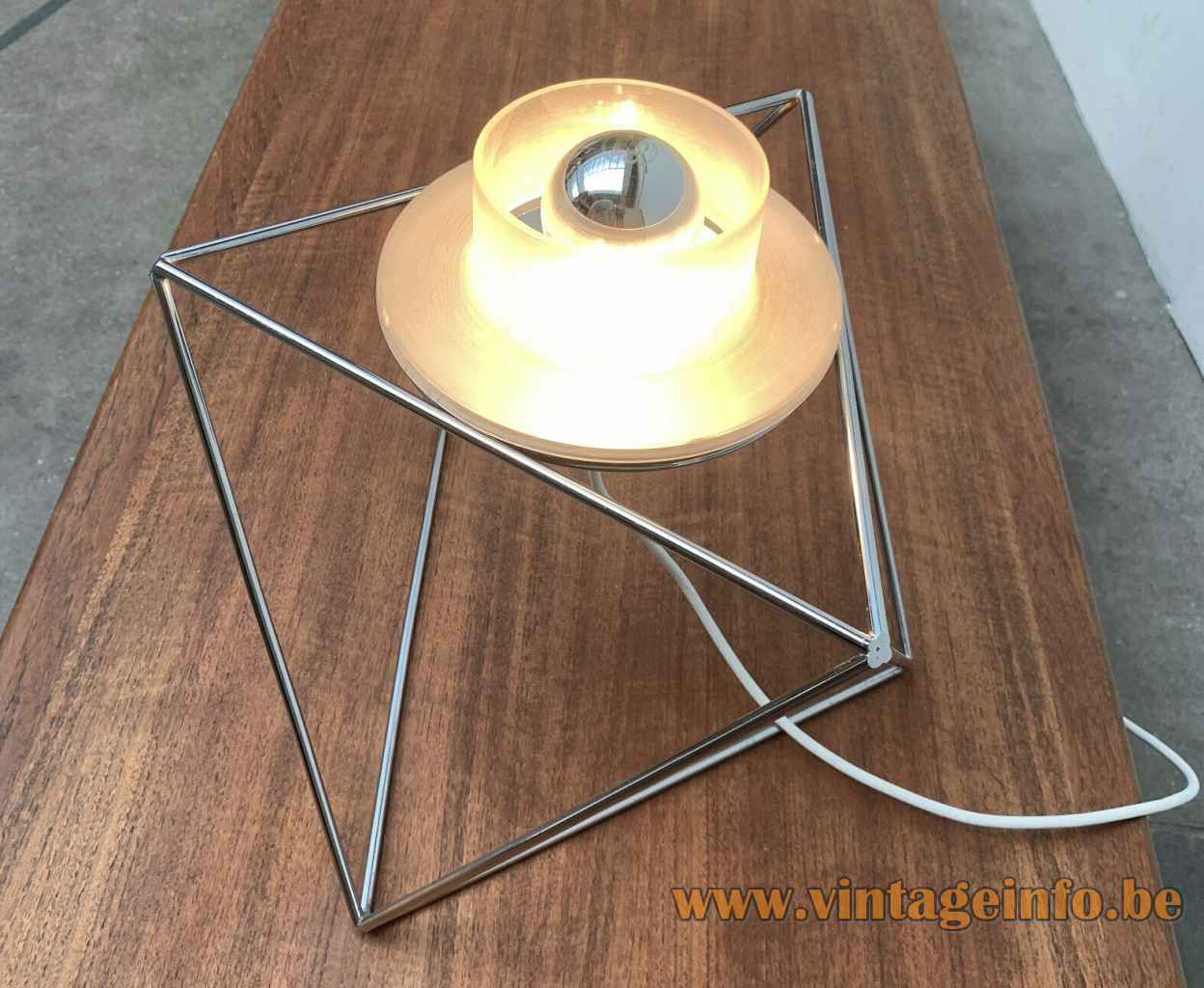 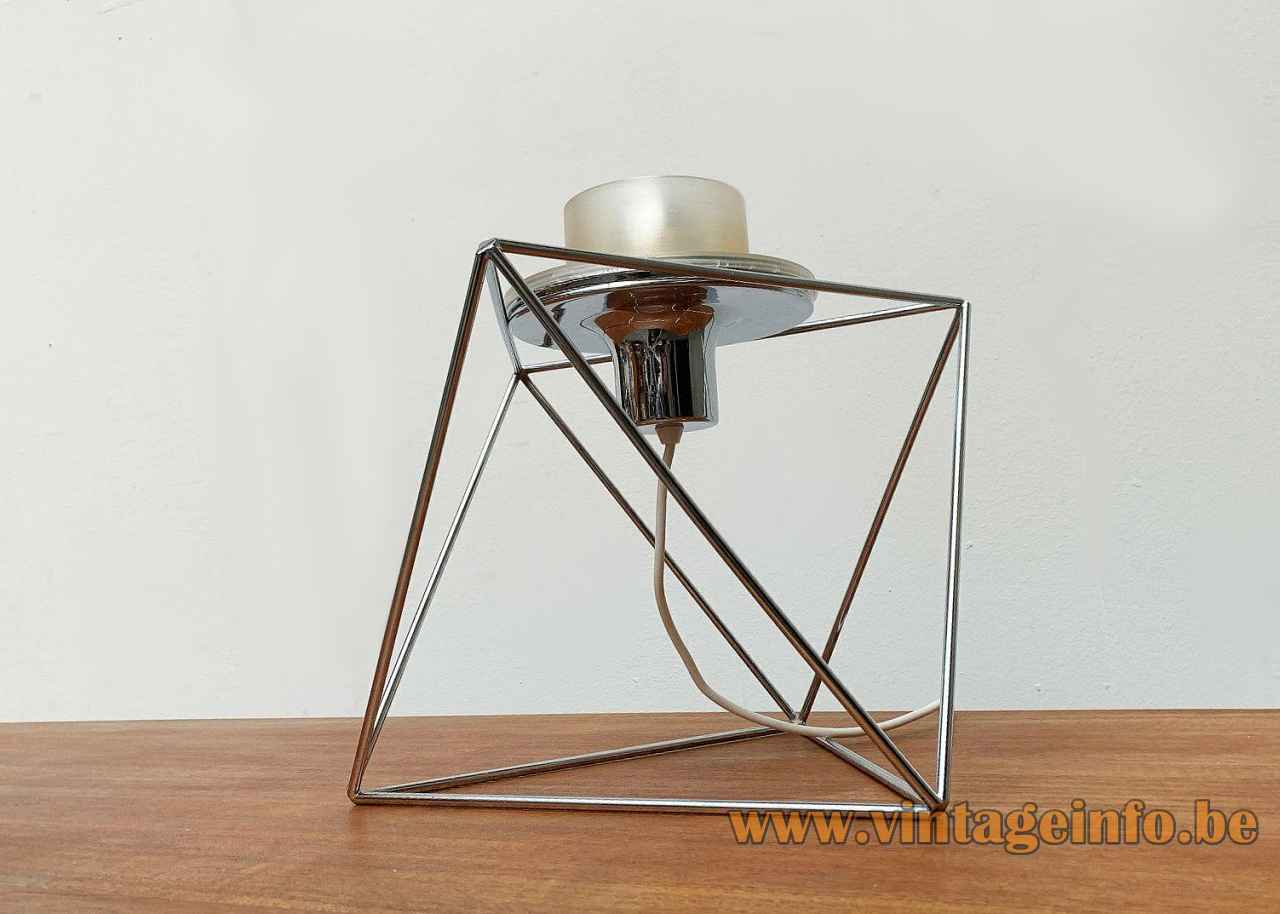 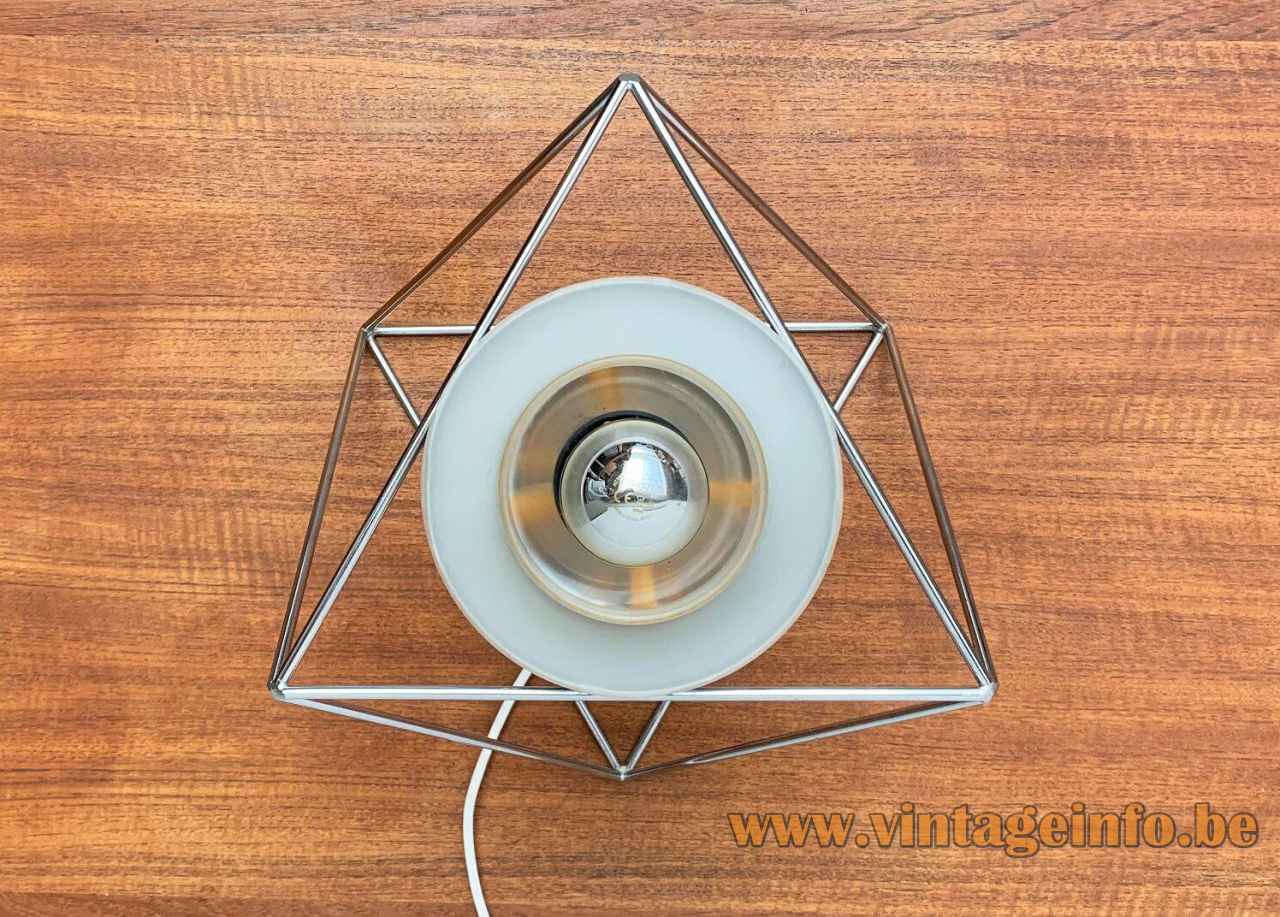 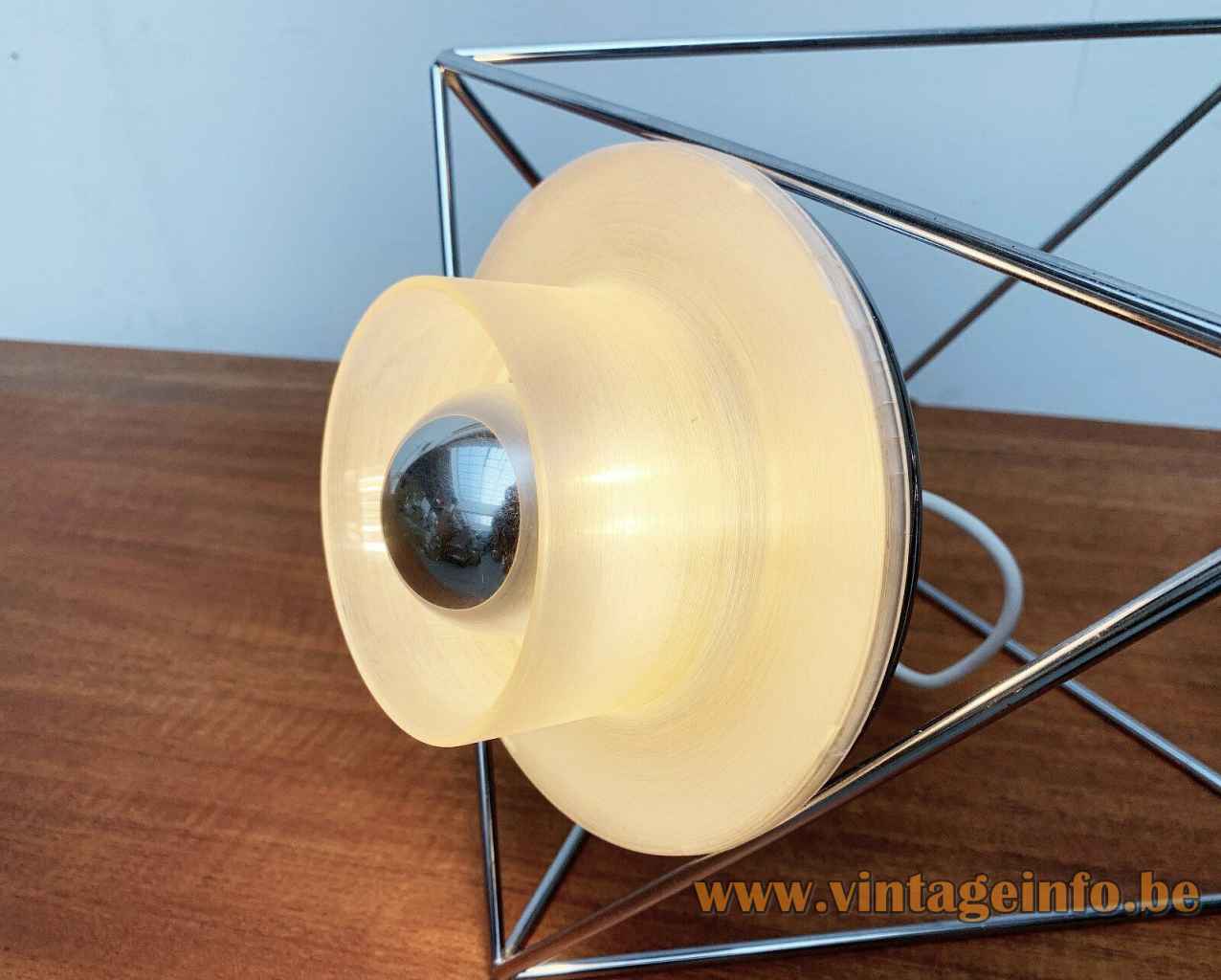 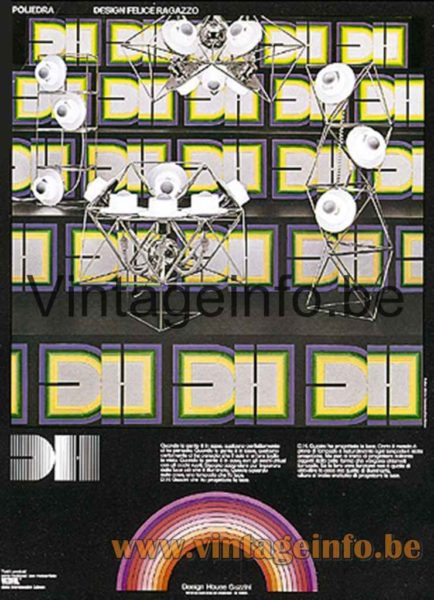 Other versions: The Harvey Guzzini Poliedra table or desk lamp exists in many versions, as you can see.

The chrome light bulb holder is the same model as used for the Faro table lamp, designed by the design team of the company. You can find it over here.

These lamps were released under the Design House label. It was used for a short time by Harvey Guzzini in the late 1960s, early 1970s. Also a store was opened in 1969 in the center of Milan under the name Harvey Guzzini-DH.

In 1970 he designed the lighting system Progetto Poliedra for DH, Design House of Harvey Guzzini.

Felice Ragazzo: One sunny morning, clear and serene air, it wasn’t spring yet, I found myself reluctantly designing chandeliers.

Luckily it was always a failure. But before I let it go, an unexpected sketch came out of my pencil: a cusp of reticular tetrahedrons intertwined with a cluster of spotlights.

I knew instantly that the thing was big. It would become the “Progetto Poliedra” (Poliedra project), the first system-oriented lamp of the Guzzini Group.

A full biography can be found on the website of professor Felice Ragazzo. 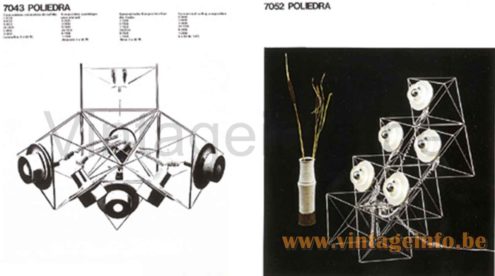