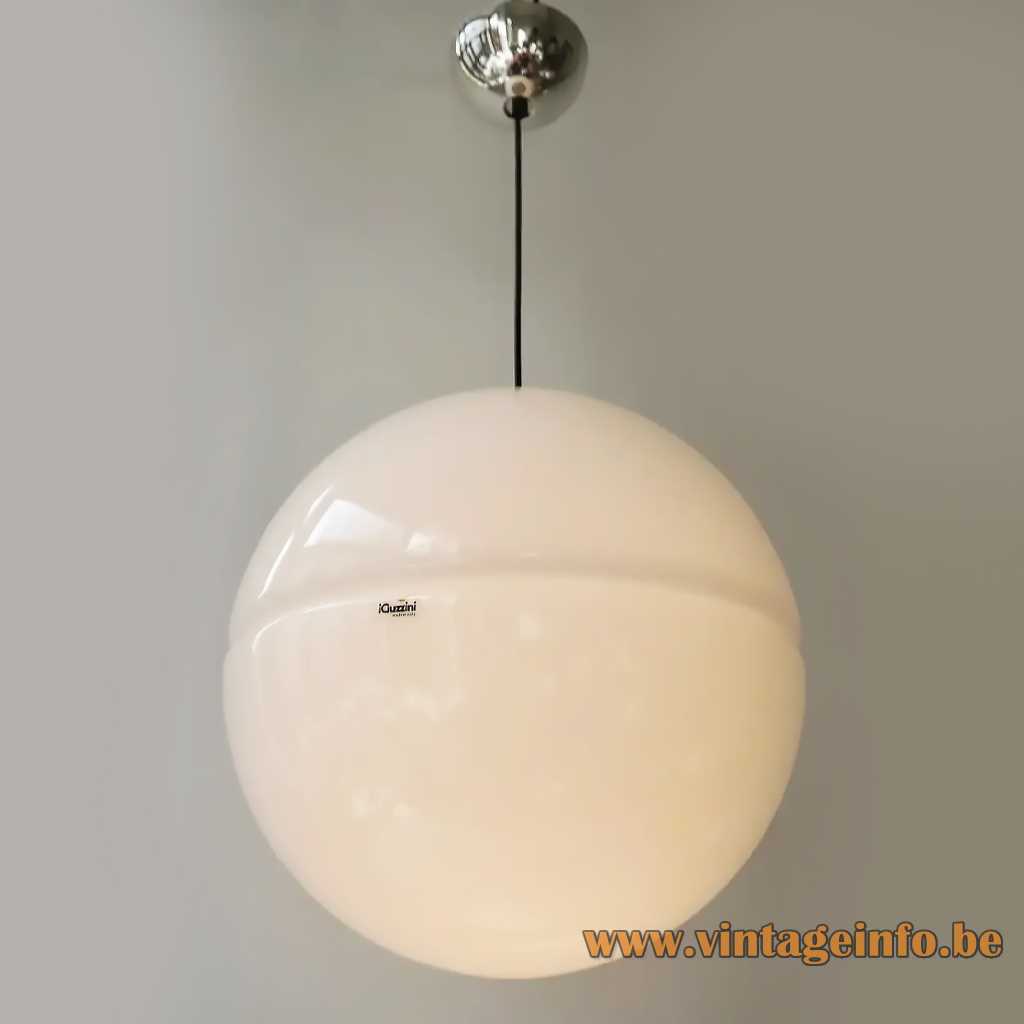 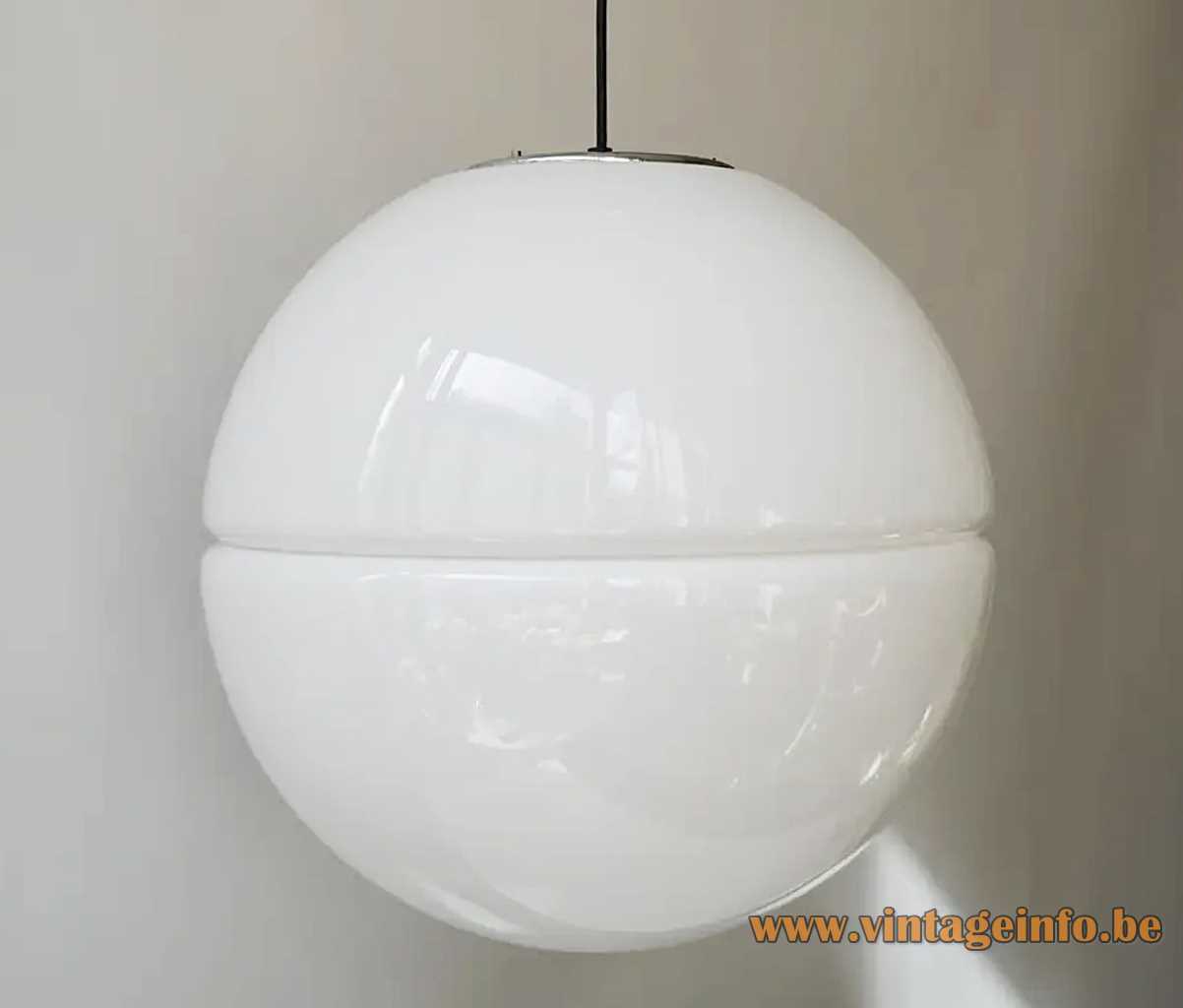 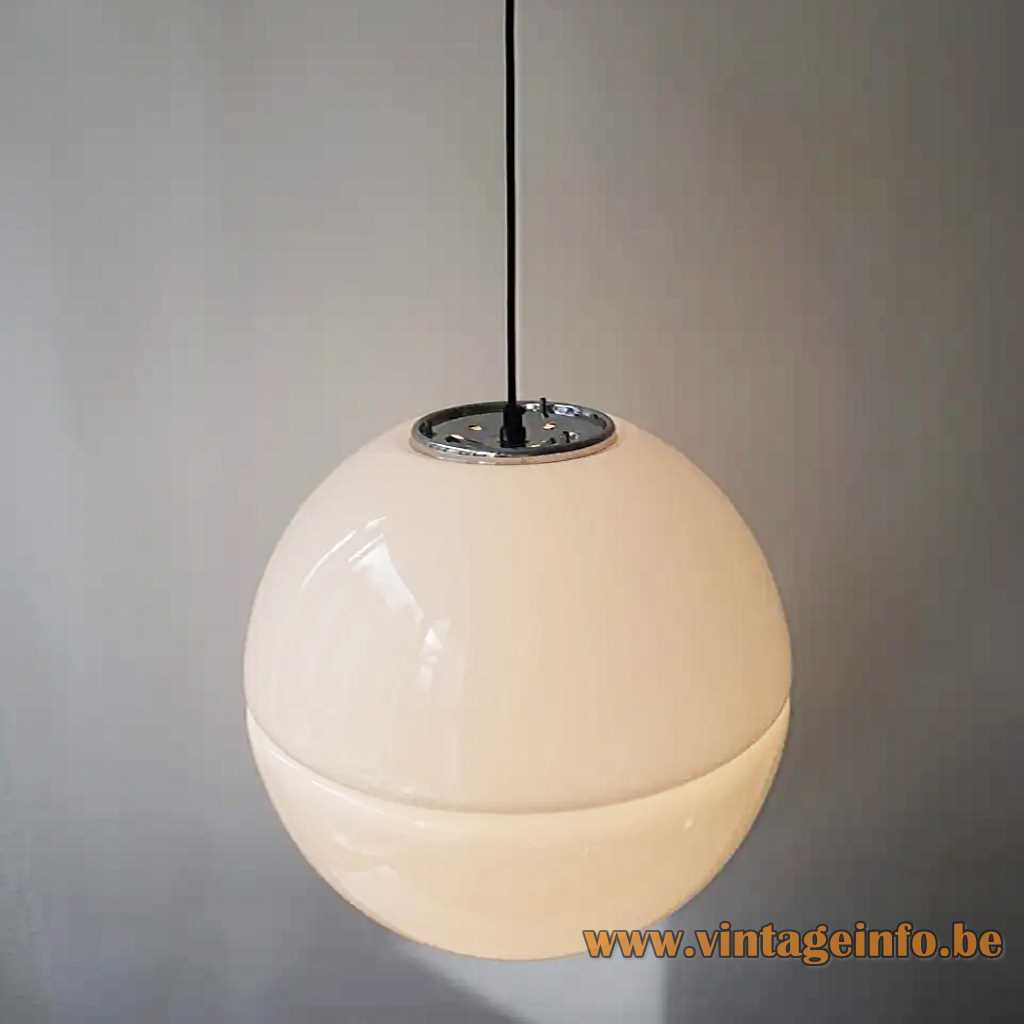 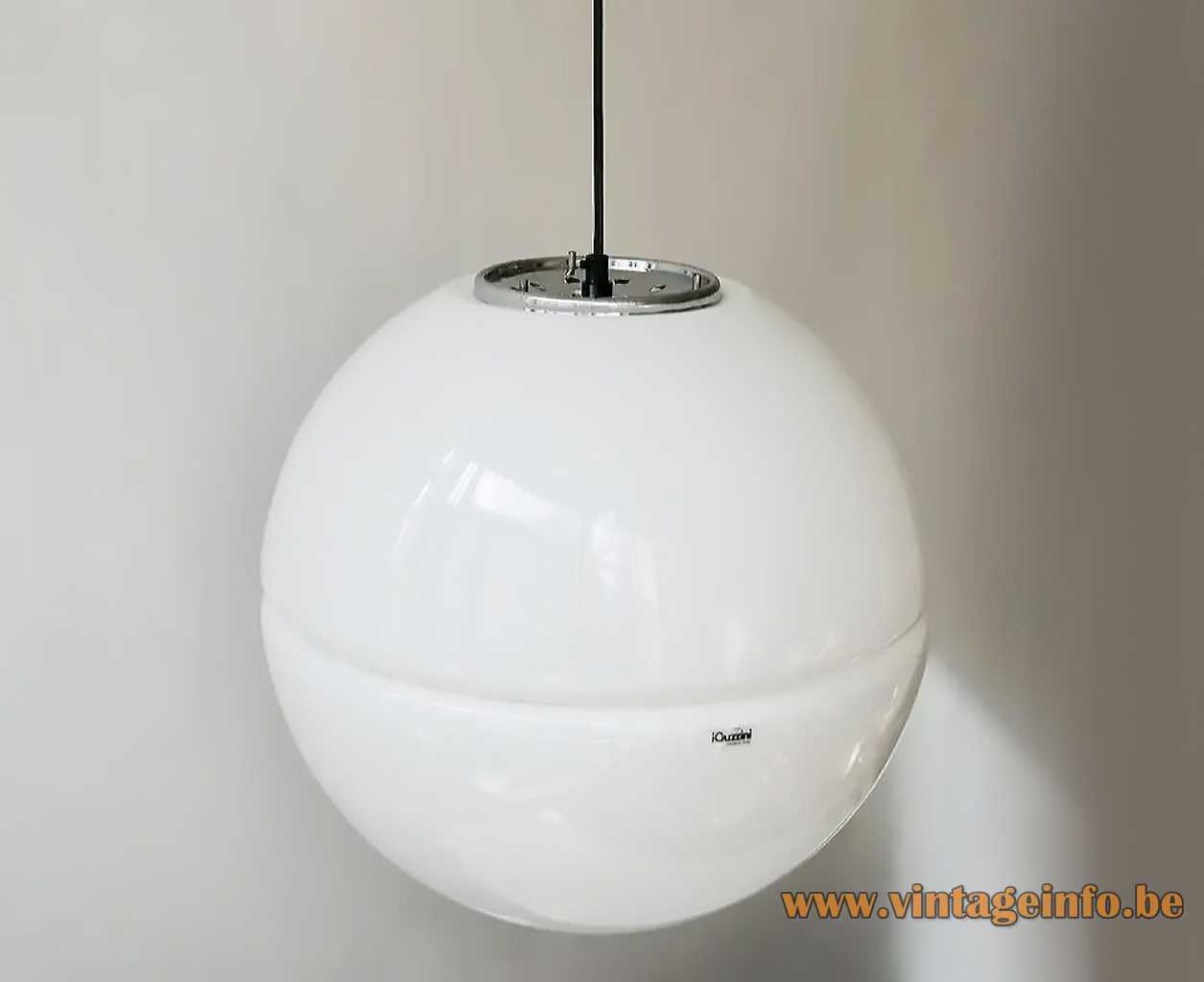 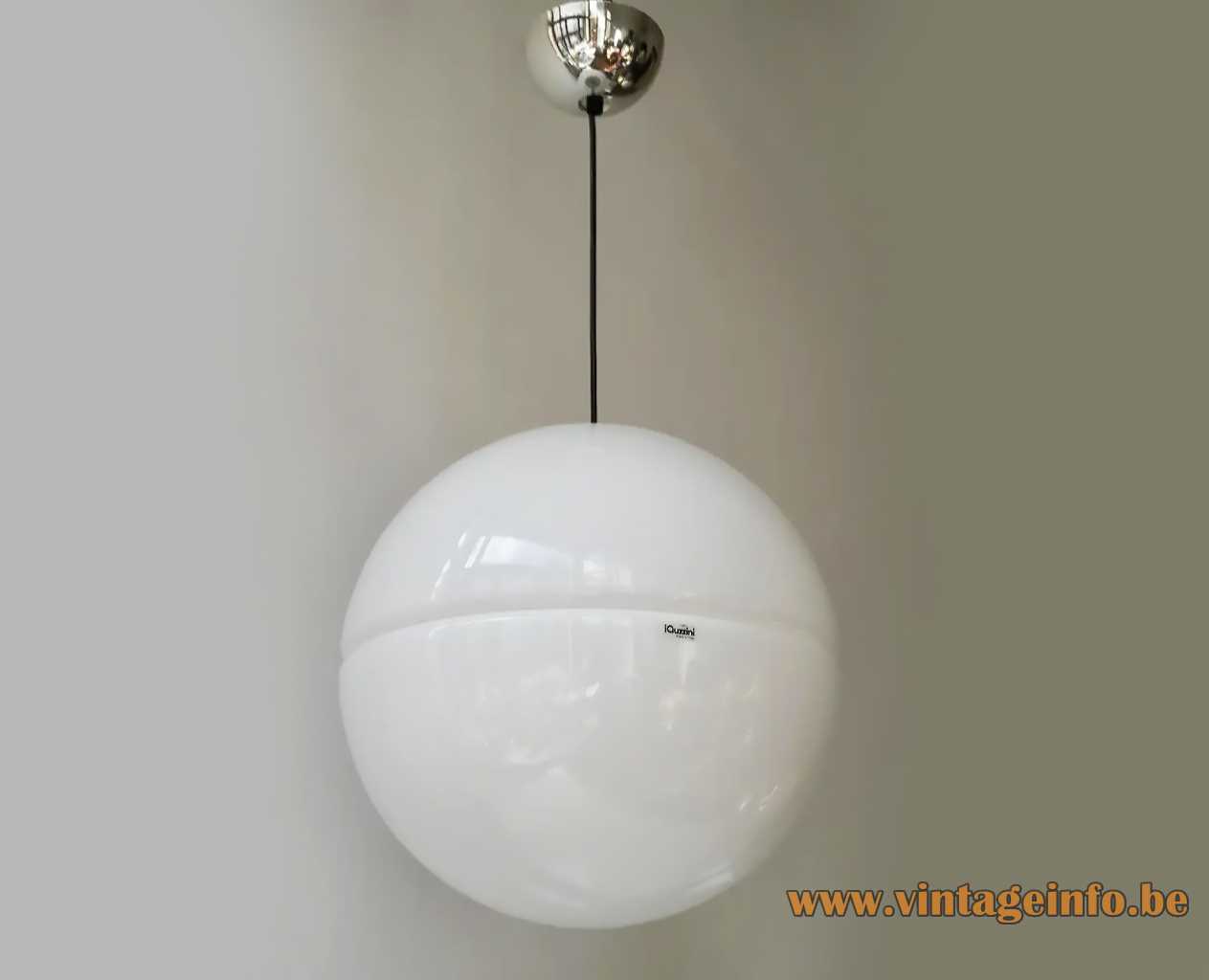 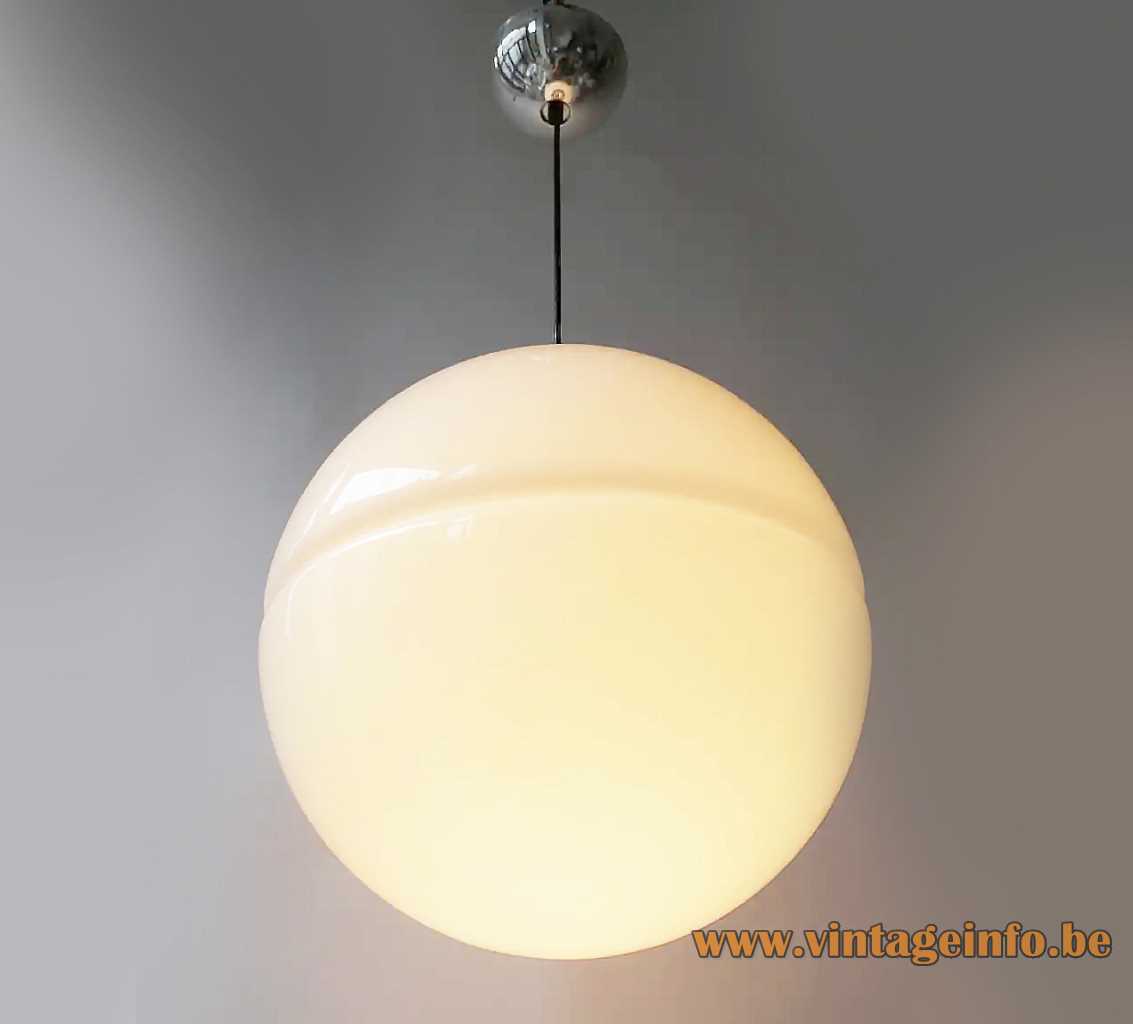 Other versions: The iGuzzini Sfera pendant lamp exists in many colours and two sizes. Also striped versions exists. The big version is 70 cm / 27.55”. Also a Semisfera lamp was made, as you can see.

You can find these lamps with labels from iGuzzini and MEBLO. 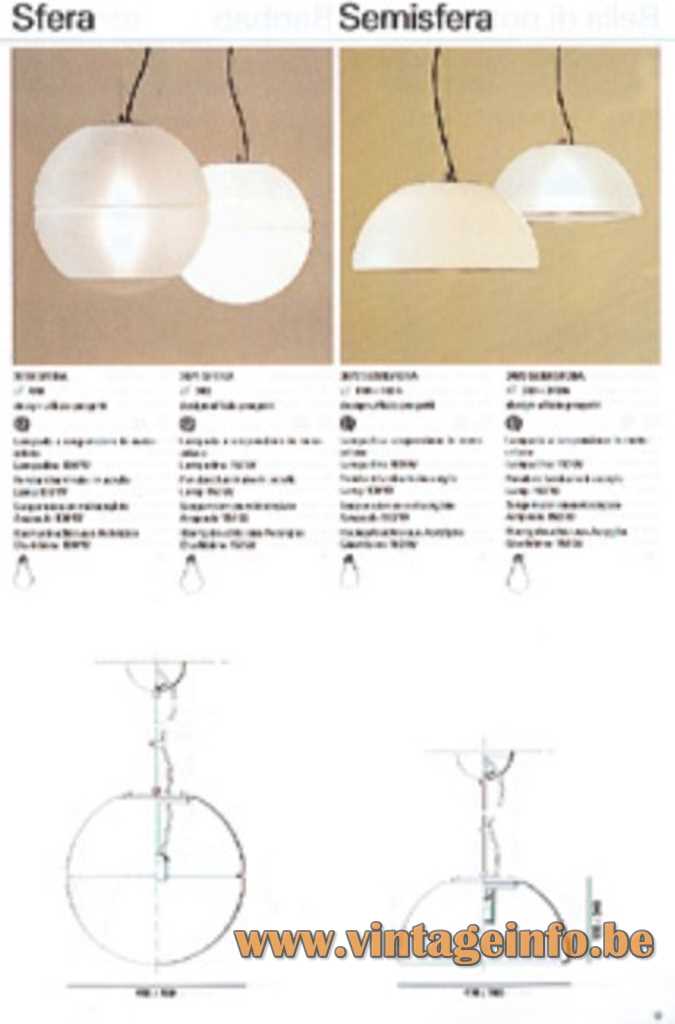