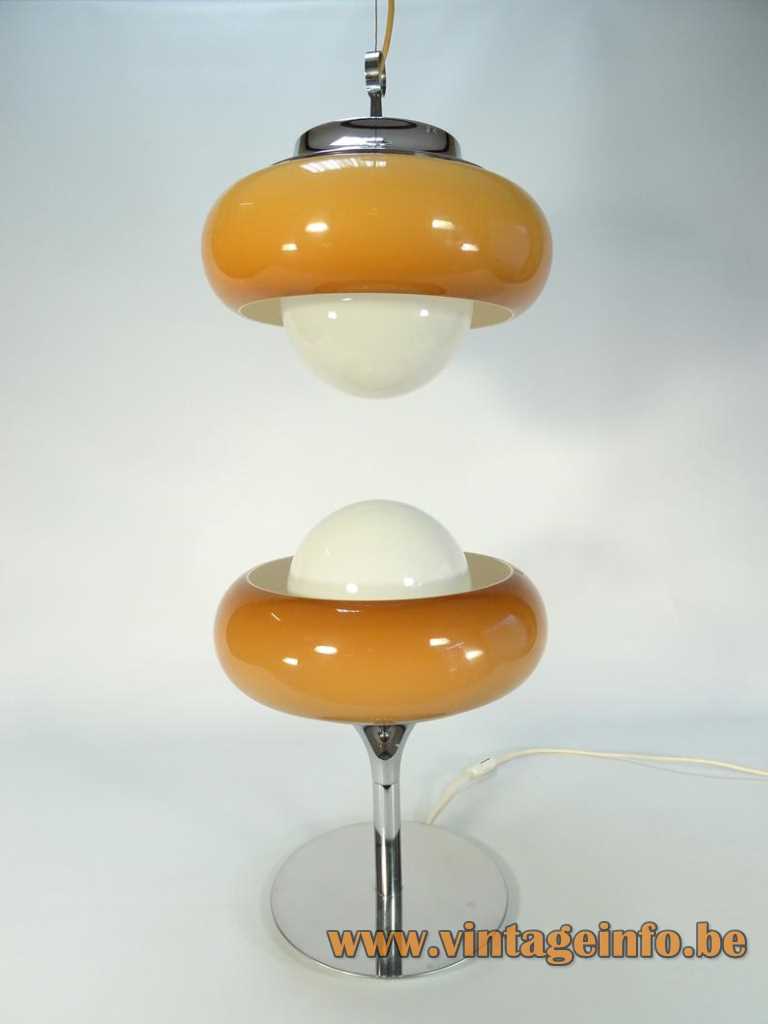 Materials: Brown degrading rounded round acrylic lampshade, white on the inside. Opal glass globe diffuser inside. Round chrome lid on top. Some chrome and metal parts. Bakelite E27 socket.

Other versions: The Harvey Guzzini Best pendant lamp exists in two sizes and several colours. Also a table lamp, floor lamp and wall lamp were made. The degrading brown was used for many other lamps made by the company. You can find many examples on this website.

Beware! New lamps made in glass are in production in China!

You can find these Best pendant lamps with labels from Harveiluce, Harvey Guzzini, iGuzzini and MEBLO. MEBLO sold it under the name Jadran, after the Adriatic Sea (Jadransko More). 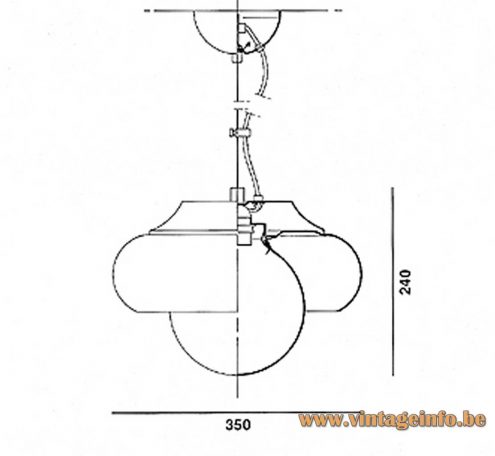 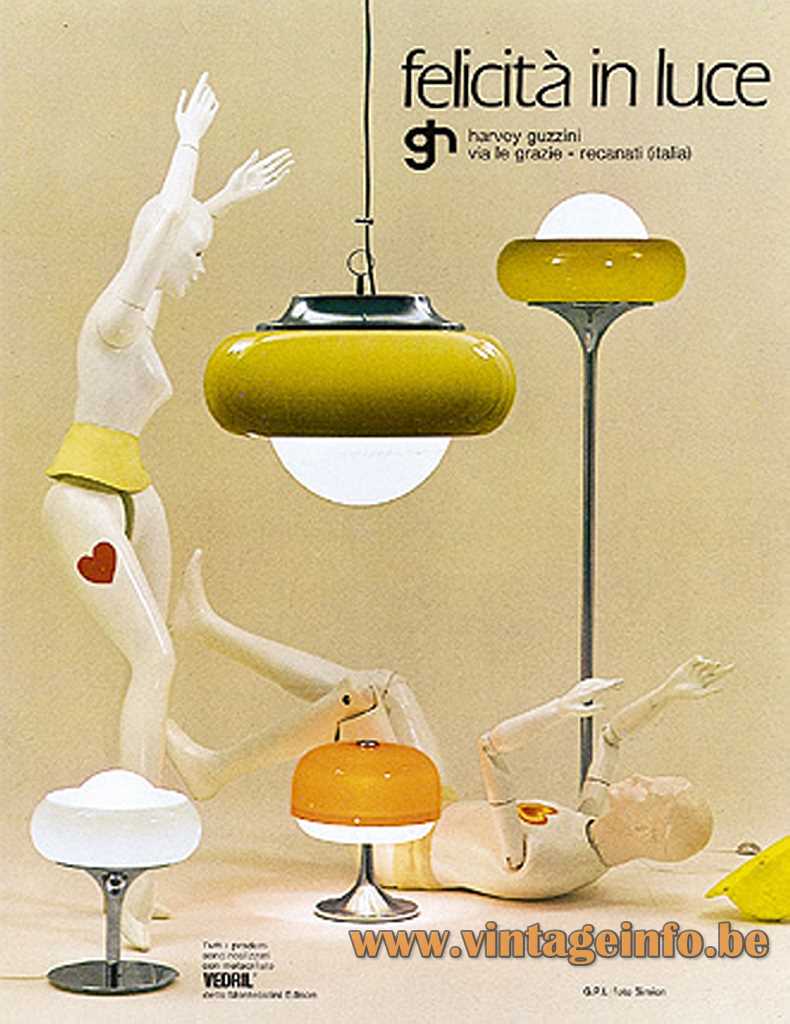