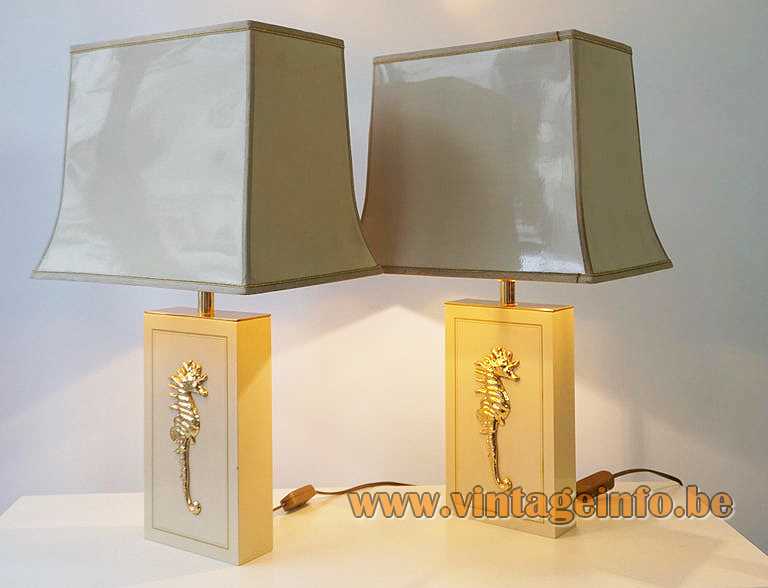 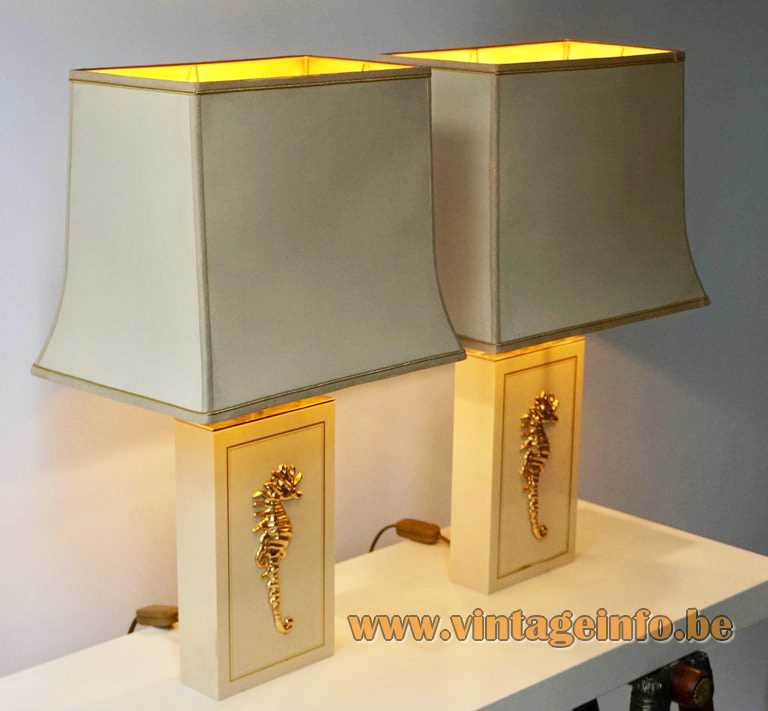 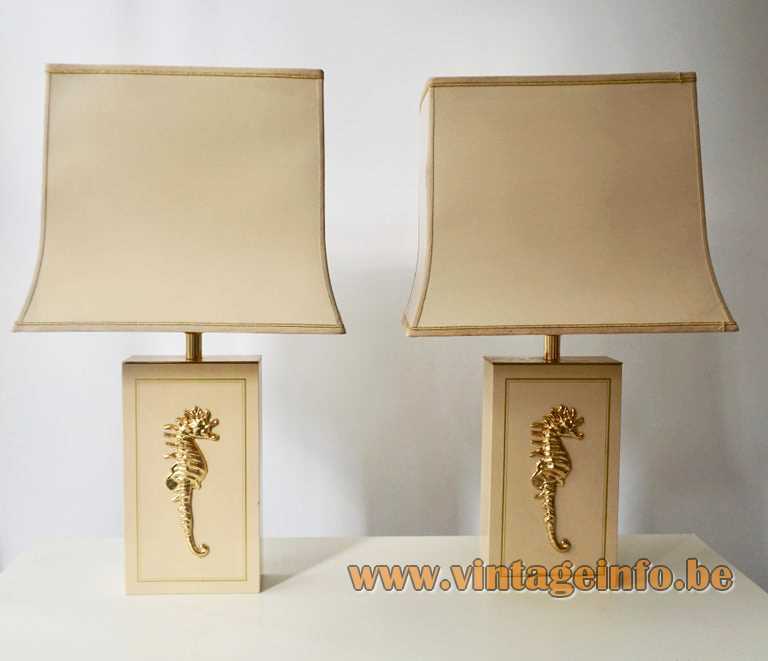 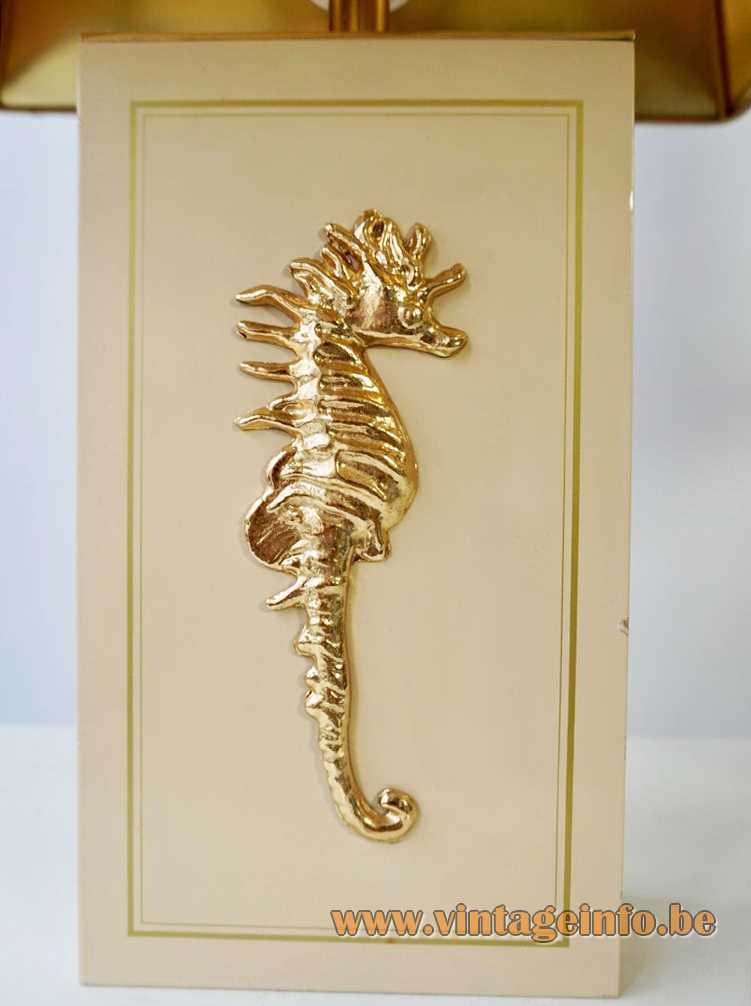 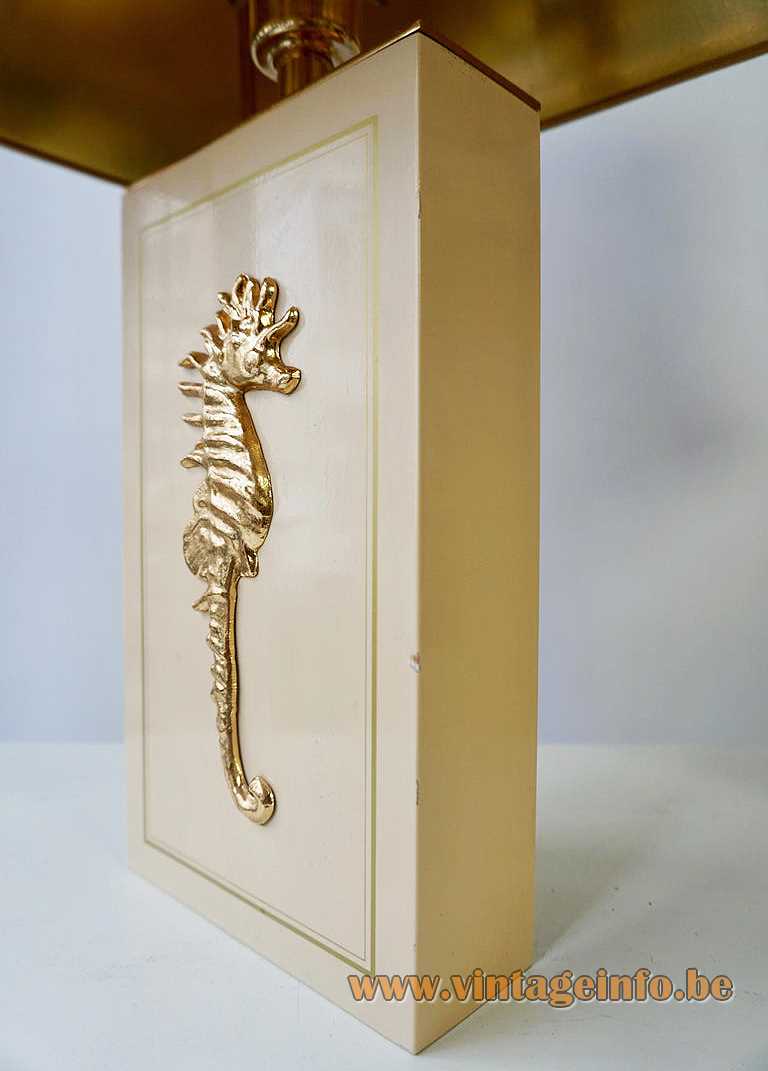 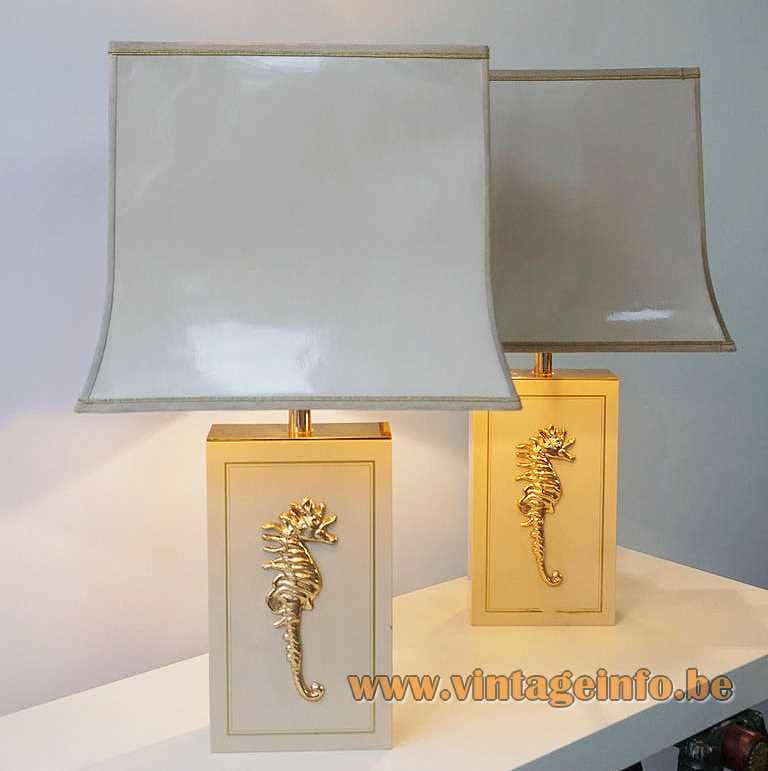 Other versions: This sea horse table lamp also exists in black. Massive made many lamps in this style. All with gold coloured animals. Another example, decorated with a swan can be found here on Vintageinfo.

All the electric parts of this lamp were made in the 1980s by VLM Components from Buccinasco, near Milan in Italy. The company is famous for the switches designed by Achille Castiglioni.