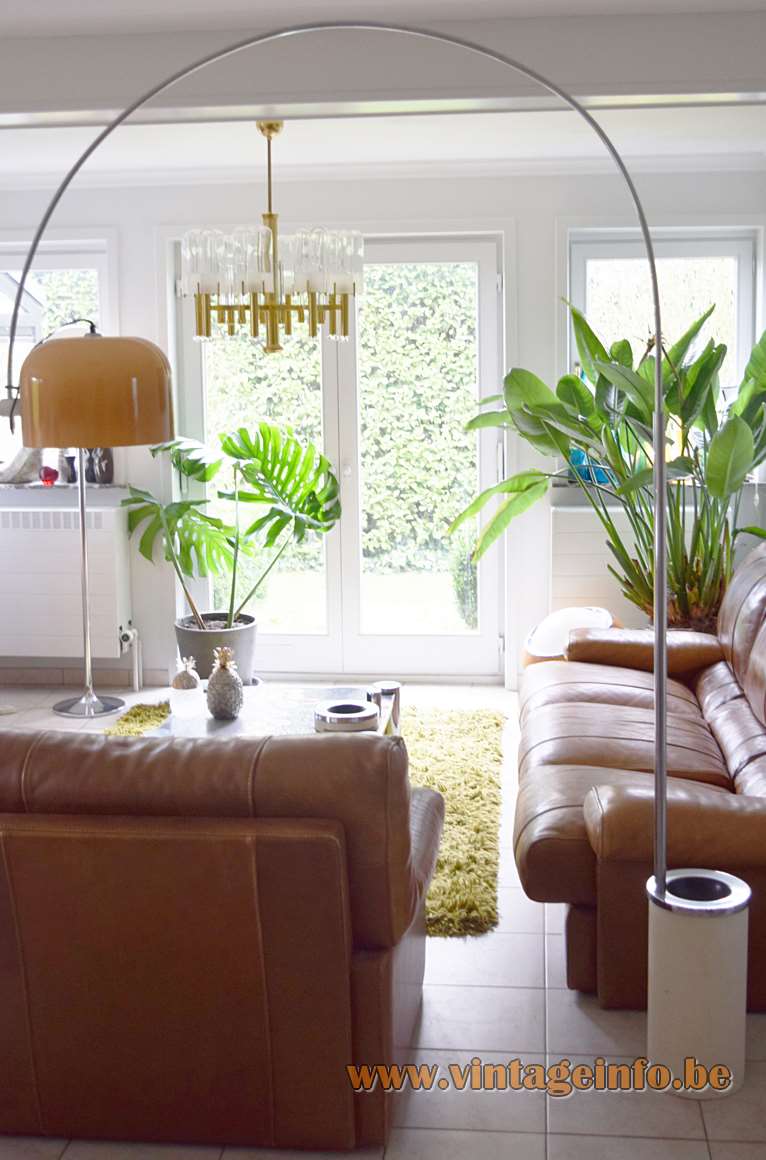 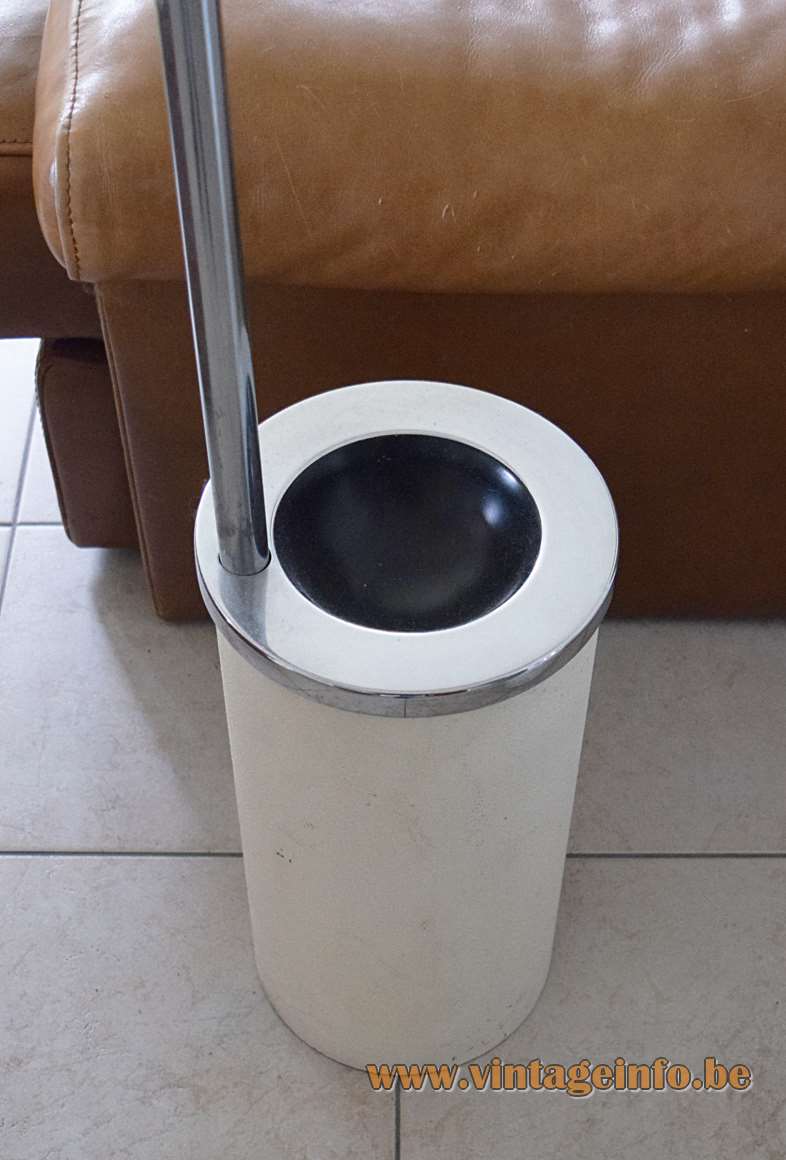 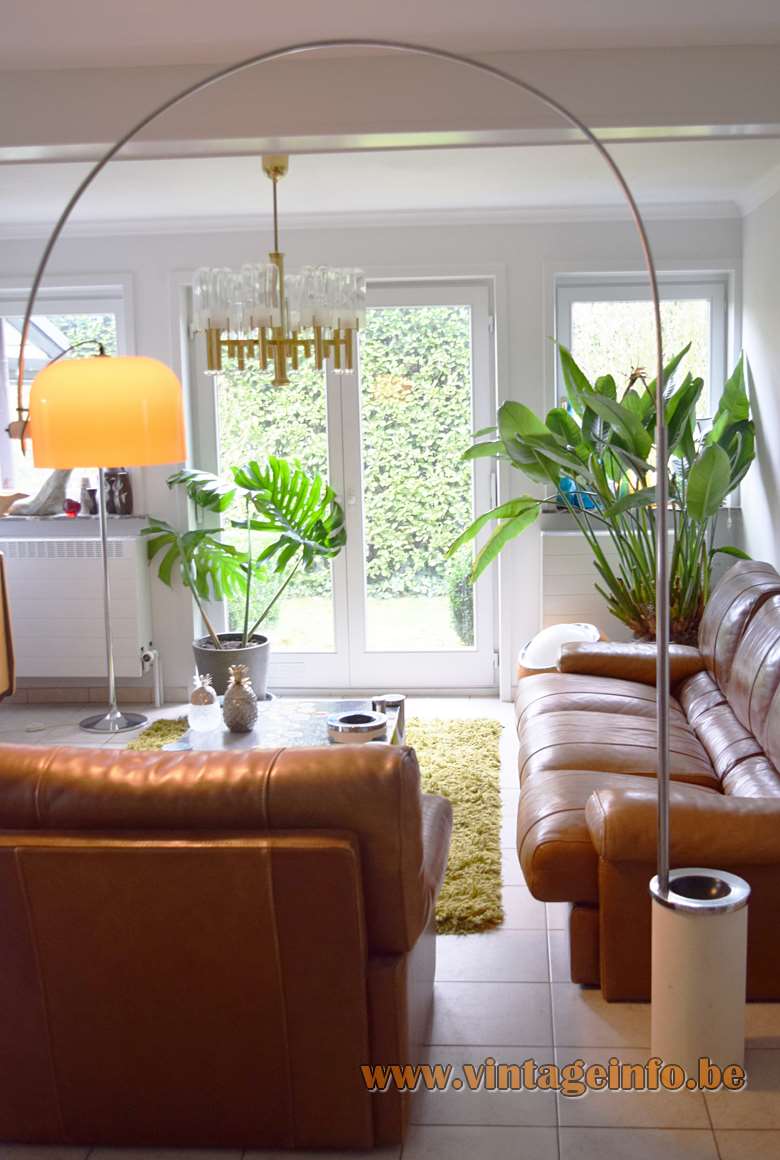 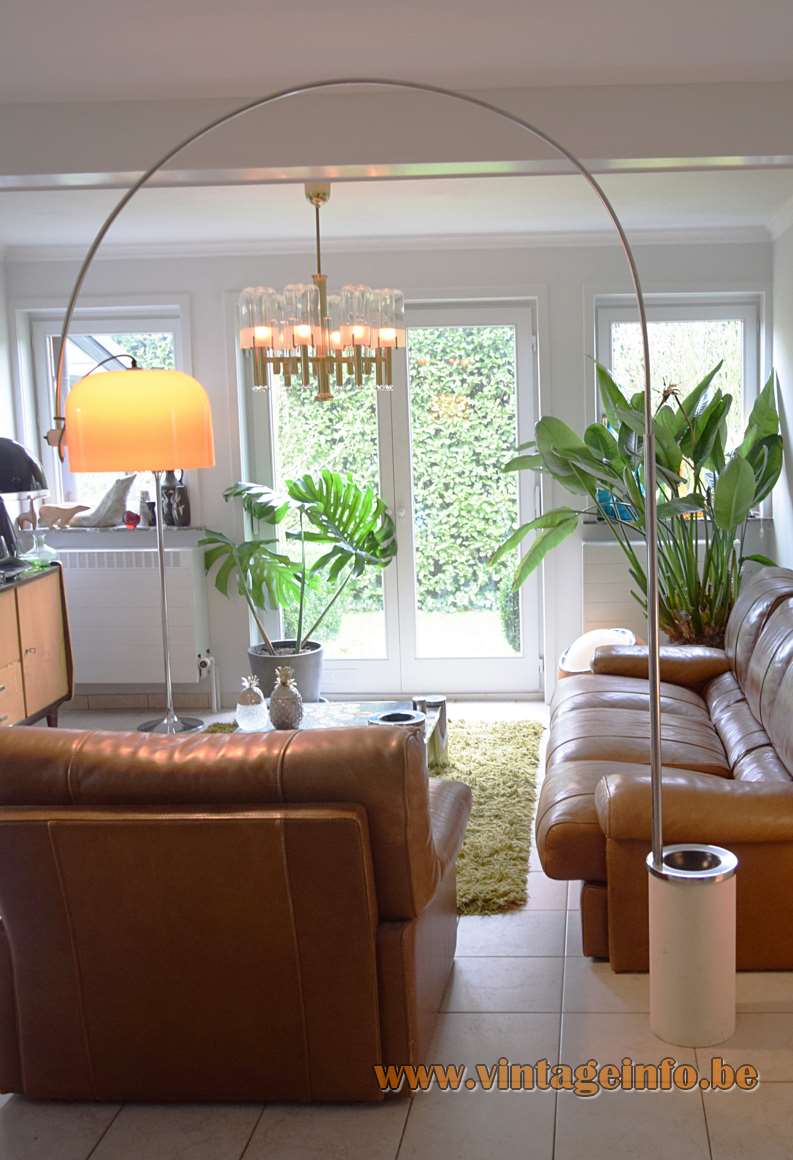 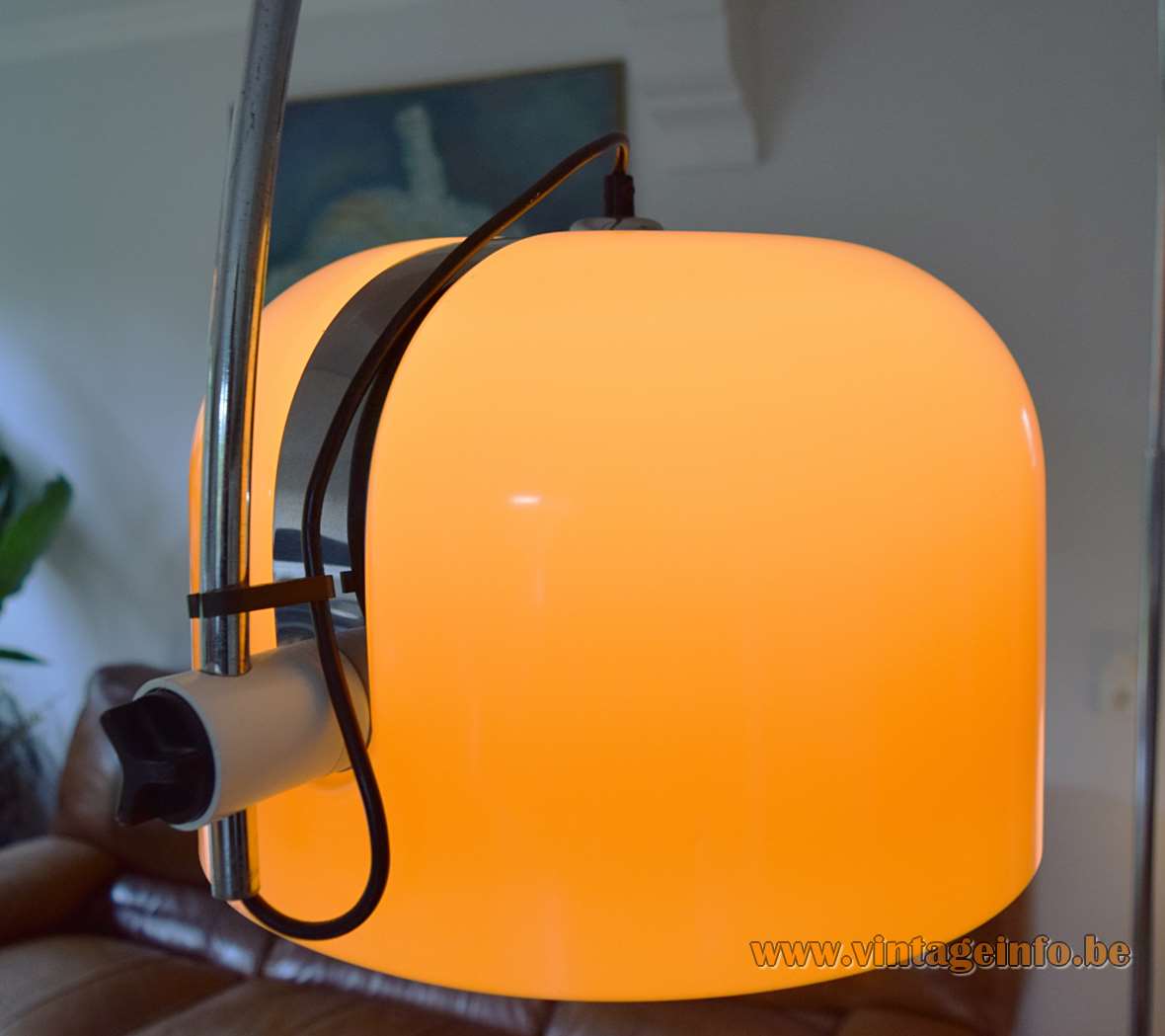 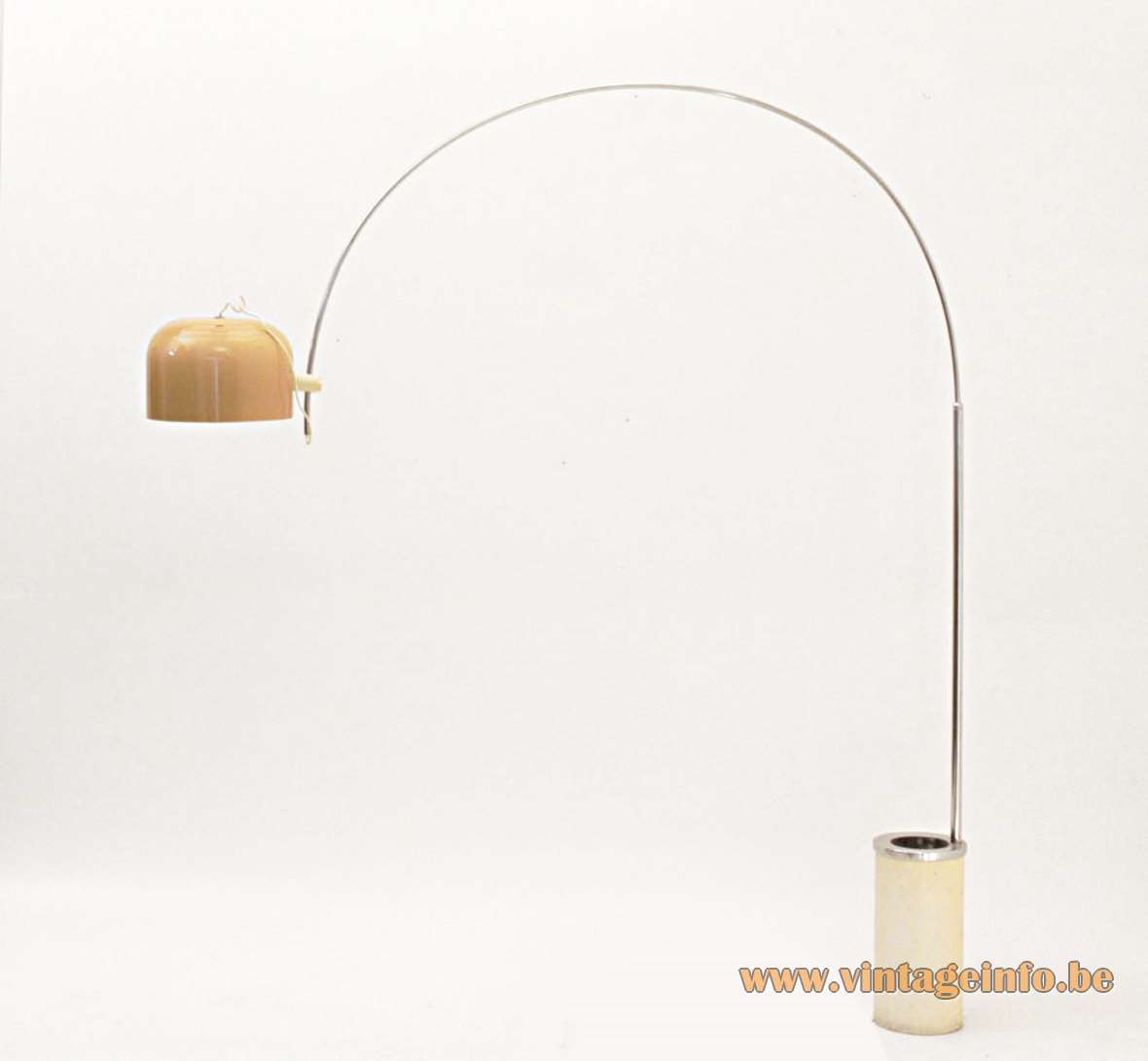 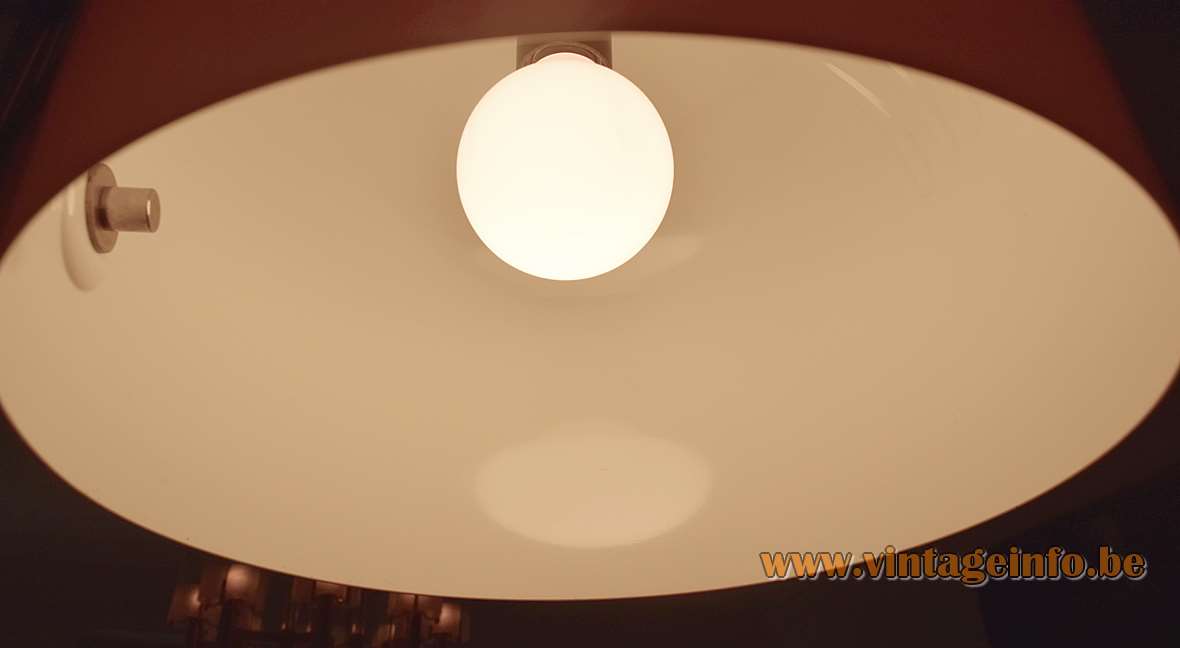 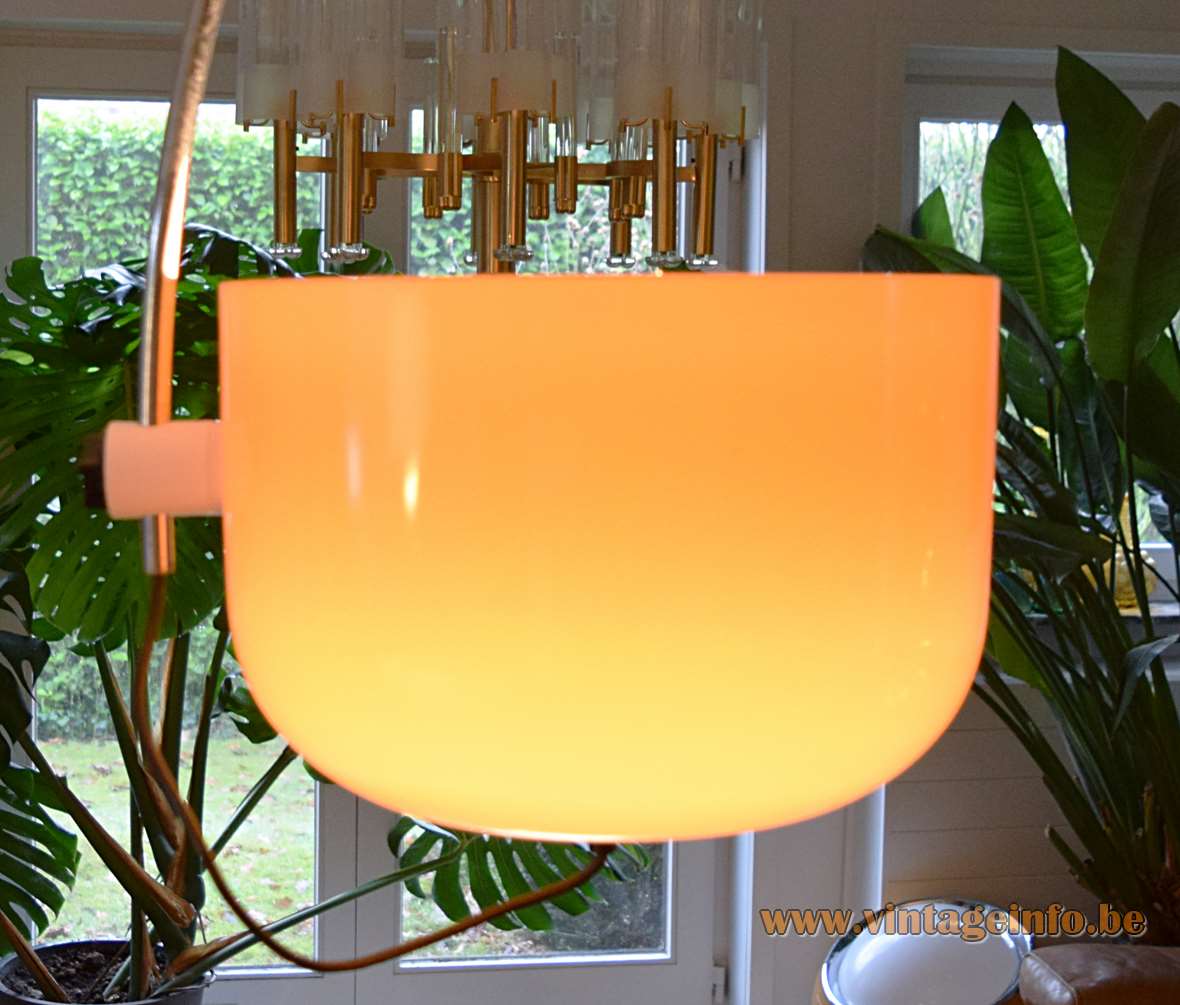 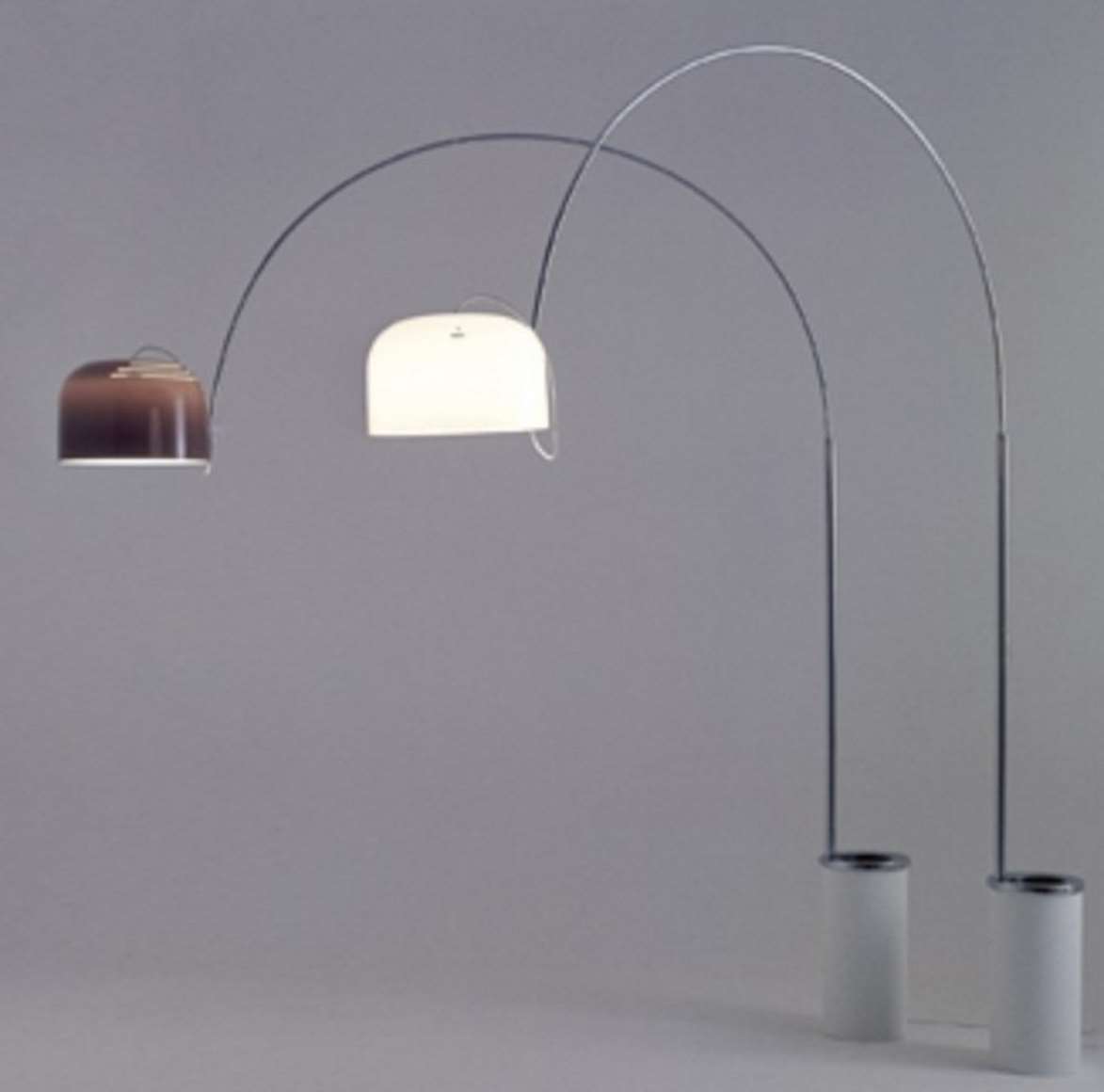 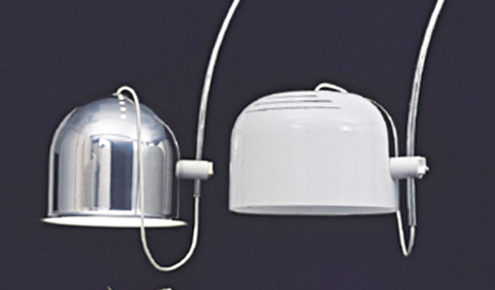 Materials: Brown degrading acrylic lampshade, white inside. Long curved chrome adjustable rod. White painted round aluminium base, painted with textured paint. The base is filled with concrete for use as a counterweight. Chrome ashtray on top. Bakelite E27 socket.

Other versions: This Harvey Guzzini Arc floor lamp was made with many other lampshades in several colours. Also lampshades in aluminium were used.

Made up of a shell in thermoformed methacrylate double layer, with white interior and exterior brown colour. Not only it is an arc lamp, it’s the name of this floor lamp: Arc. 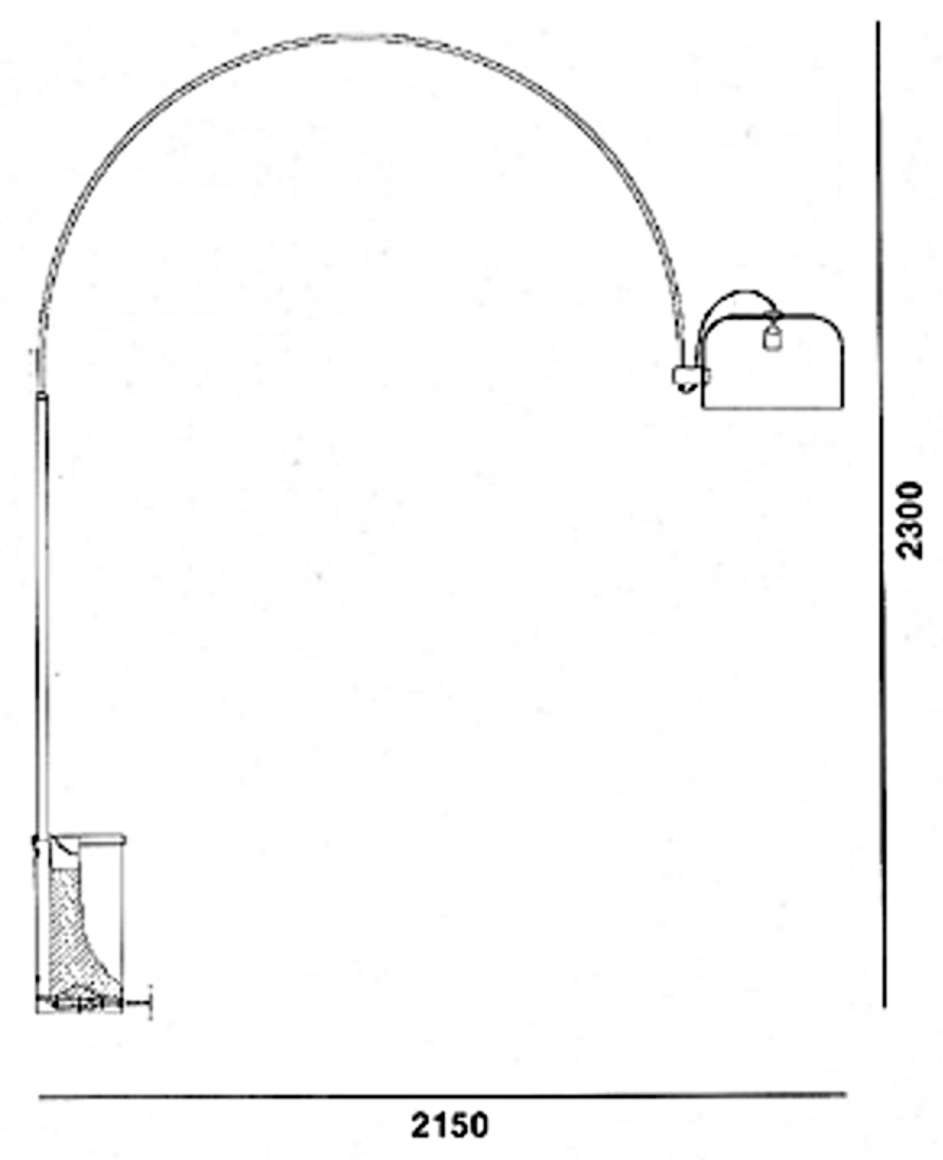 The Arc floor lamp is very exceptional, it got a built-in ashtray, designed by Luigi Massoni. It exists in many colours. 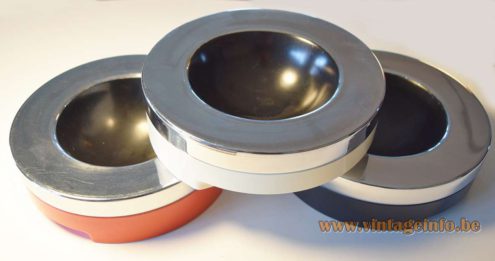 Harvey Guzzini Arc Floor Lamp – concrete counterweight in the base 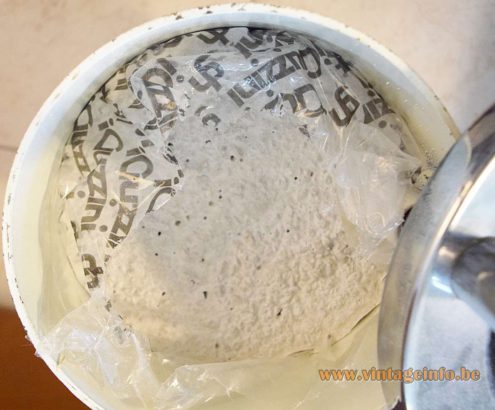