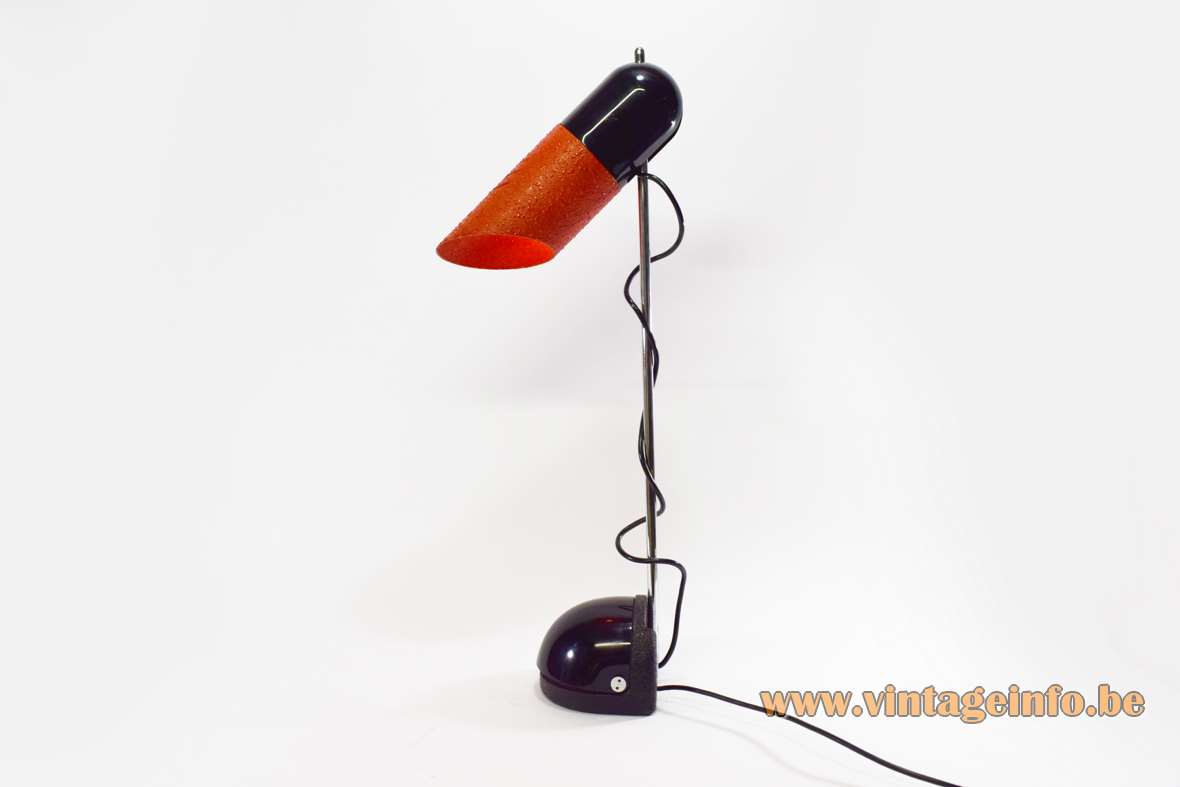 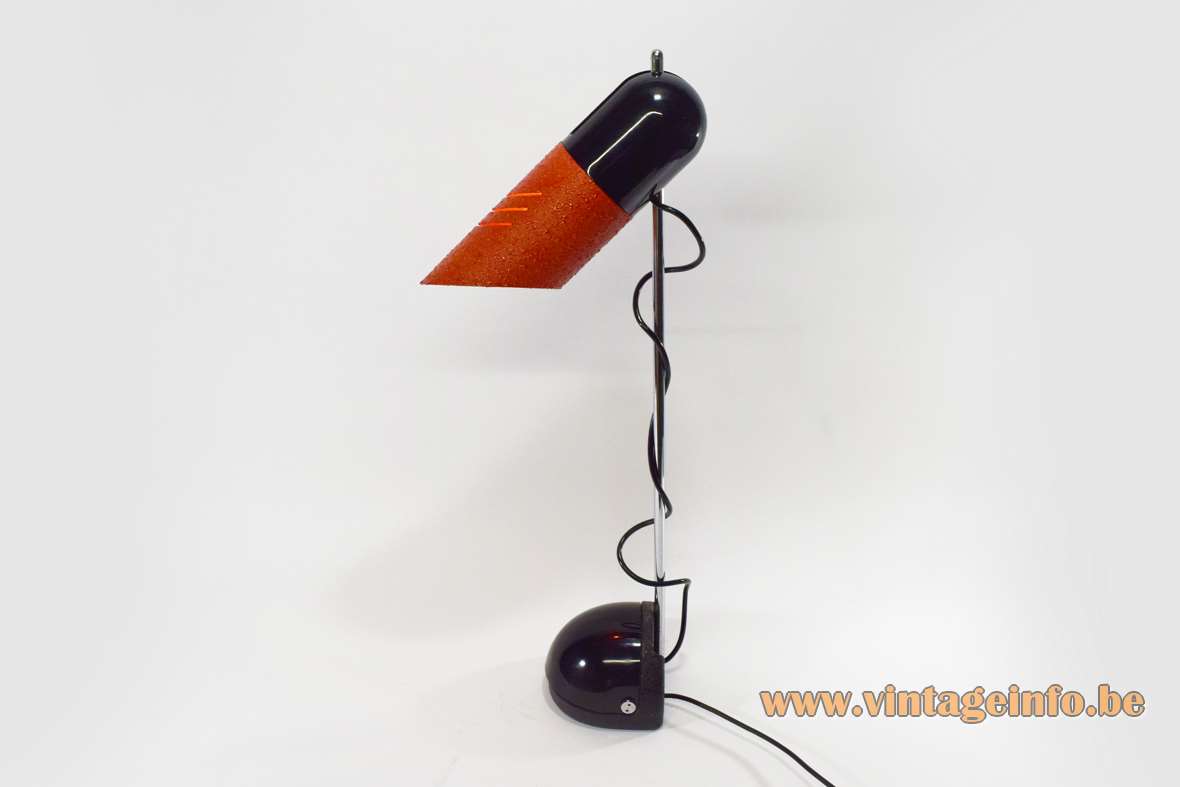 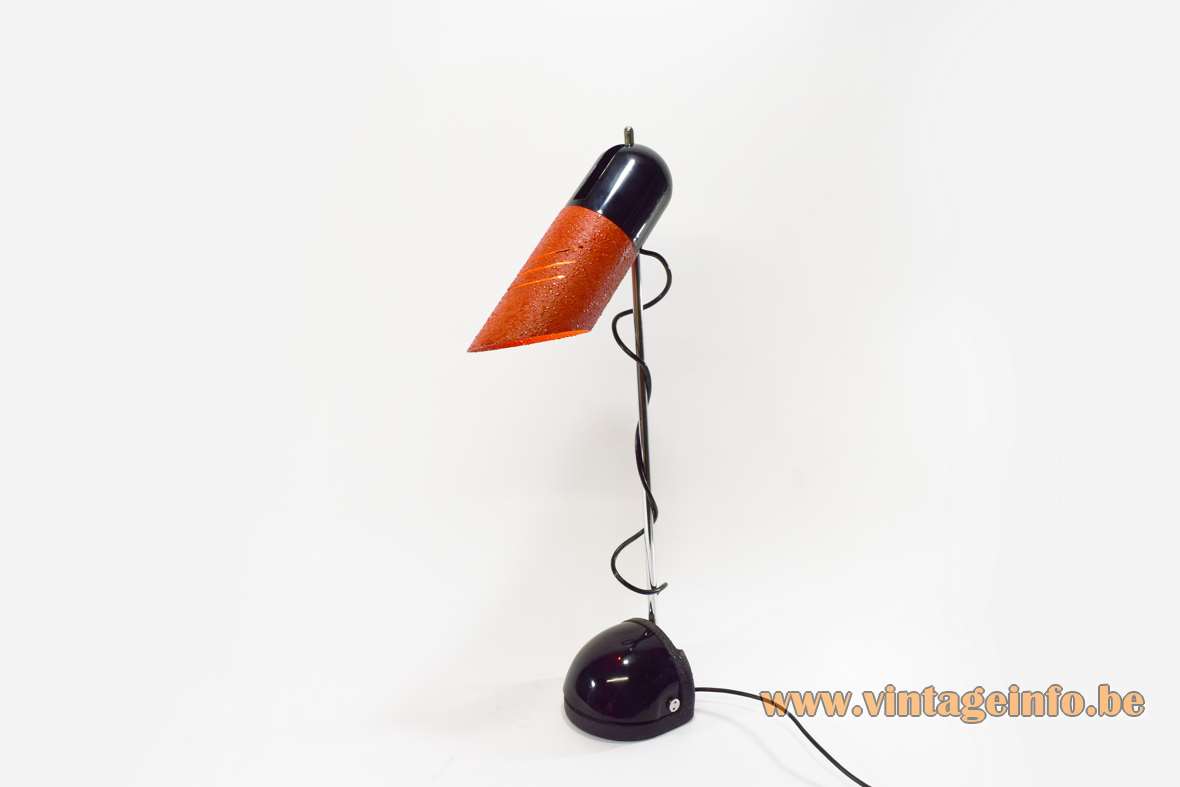 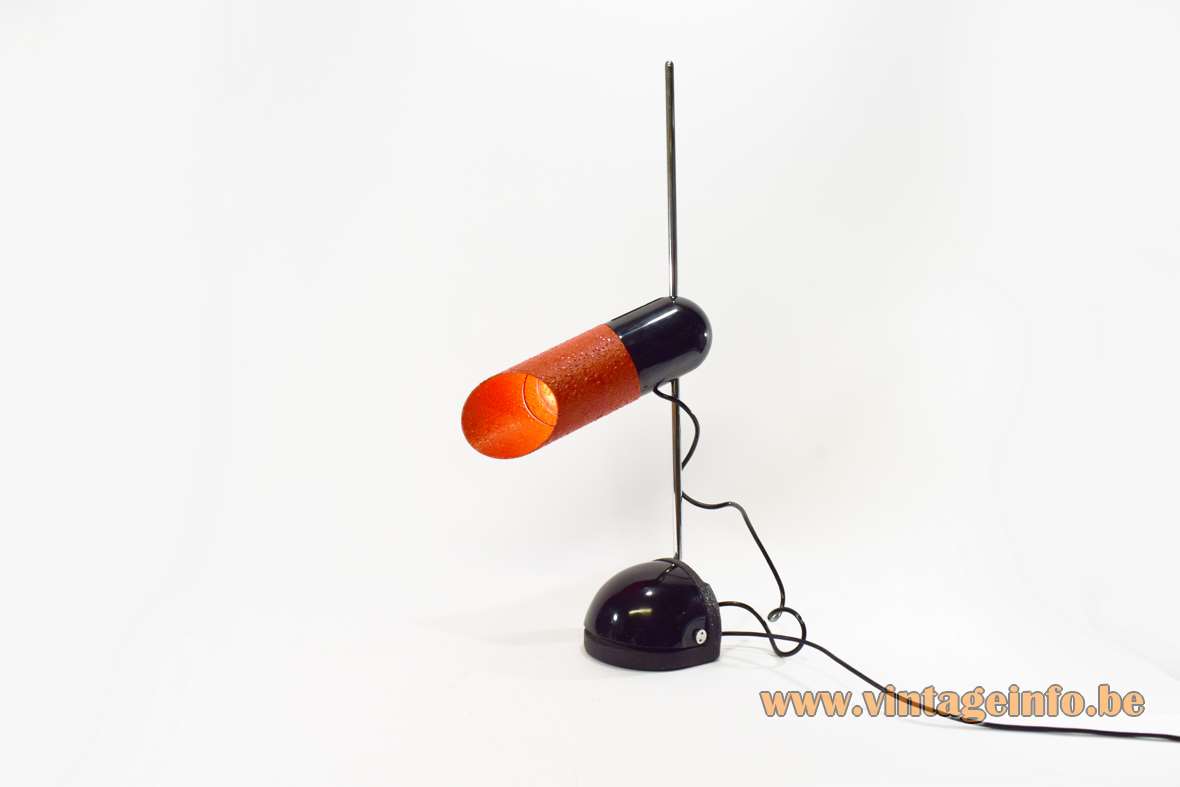 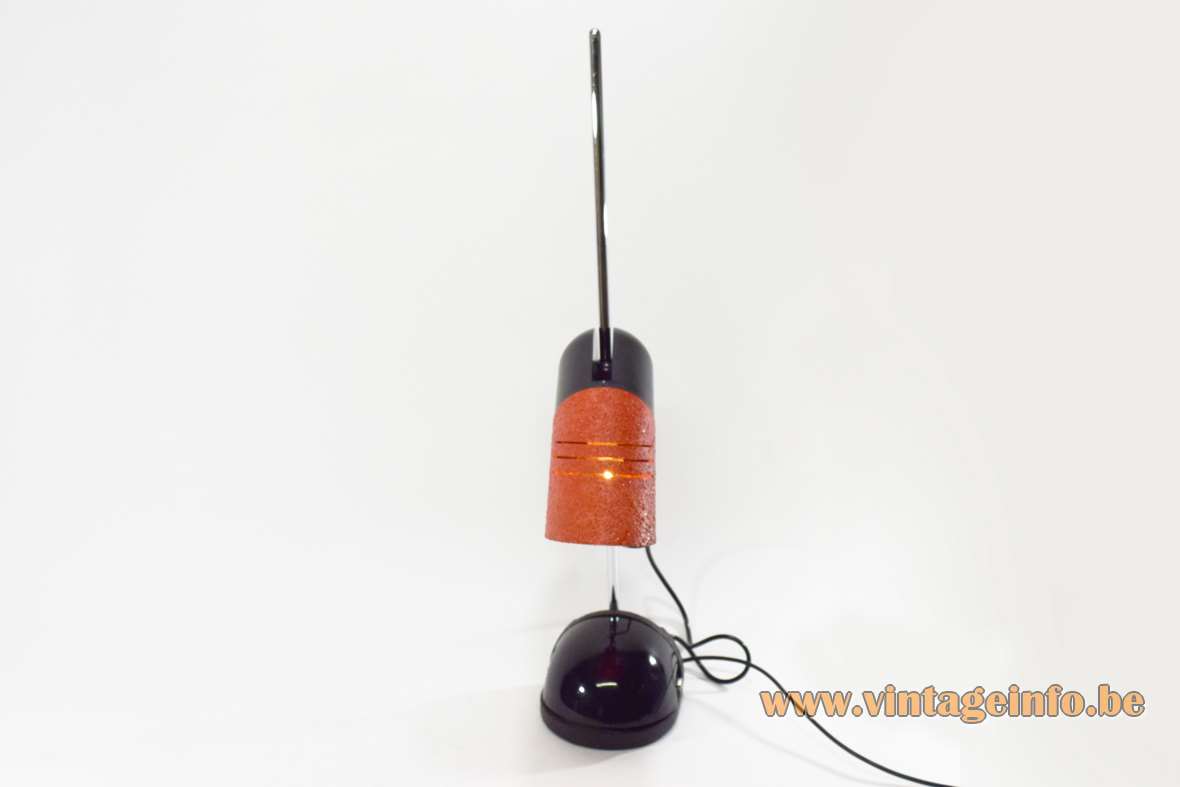 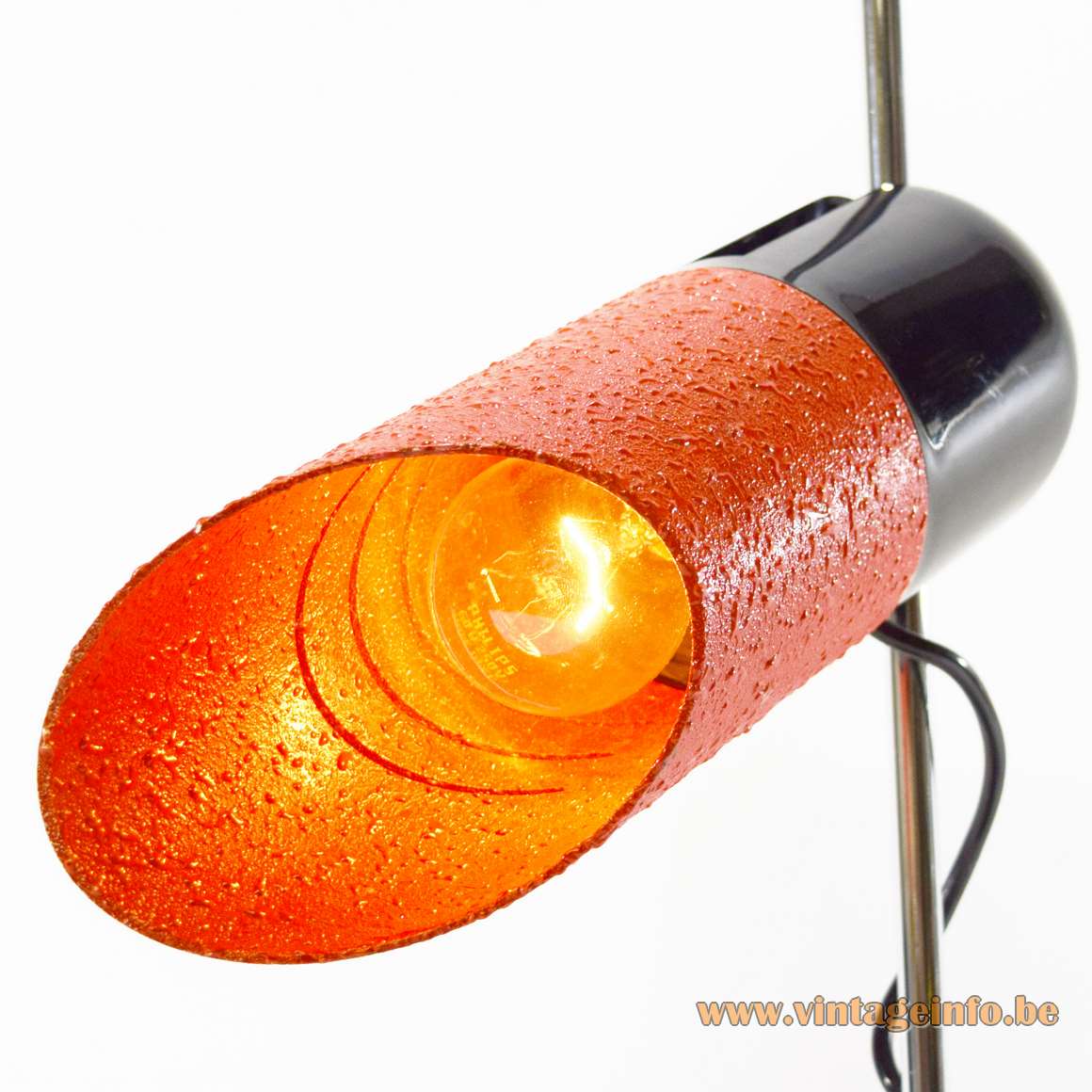 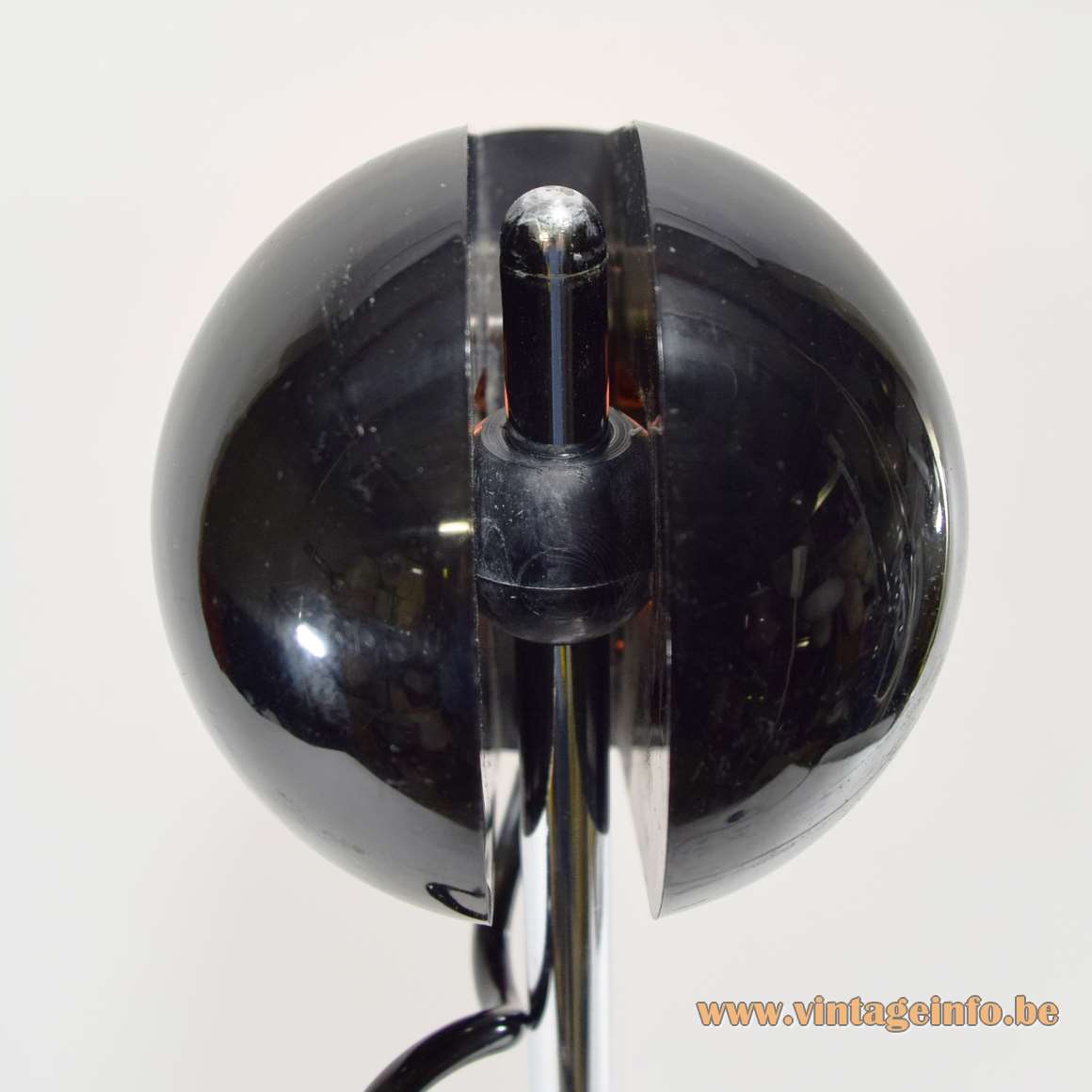 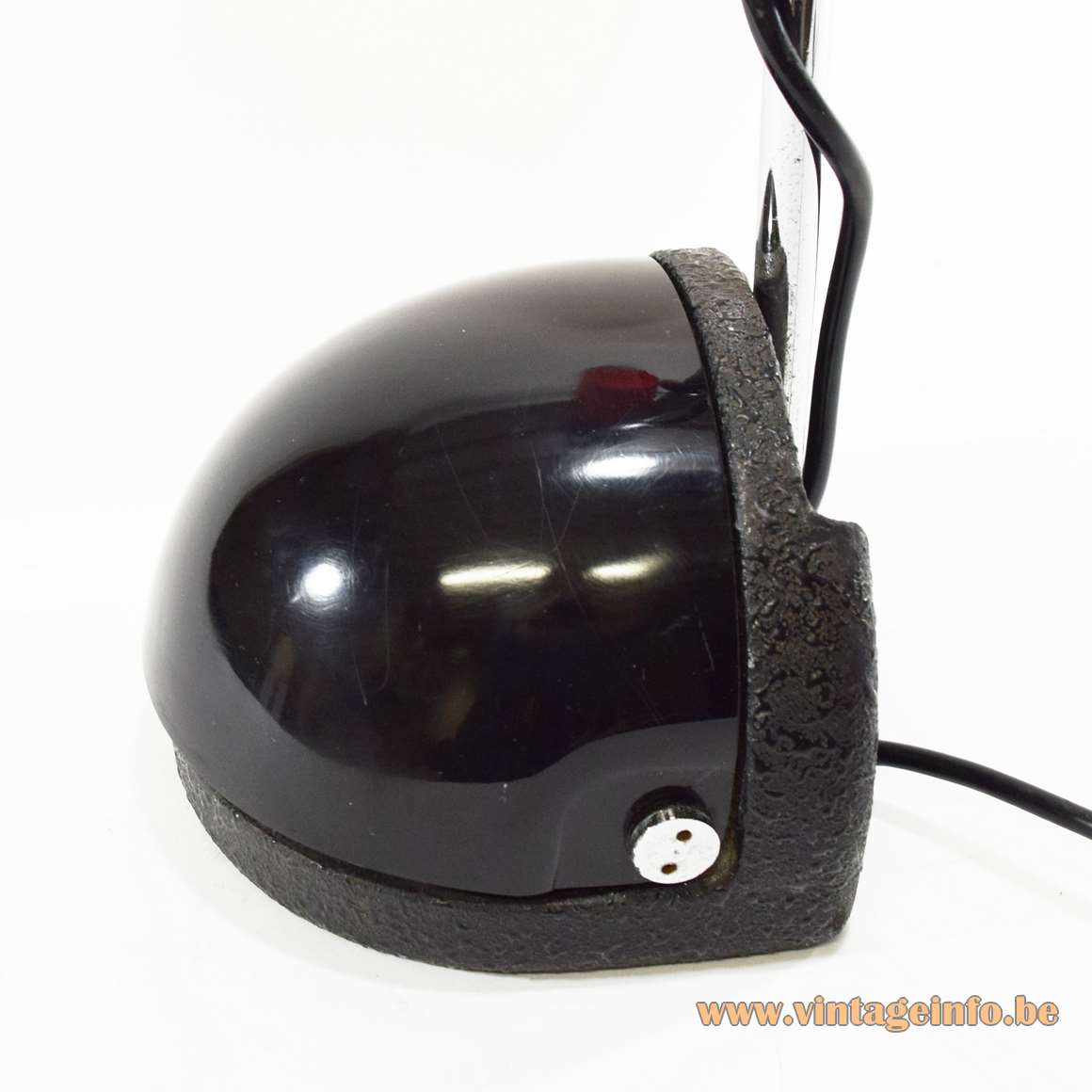 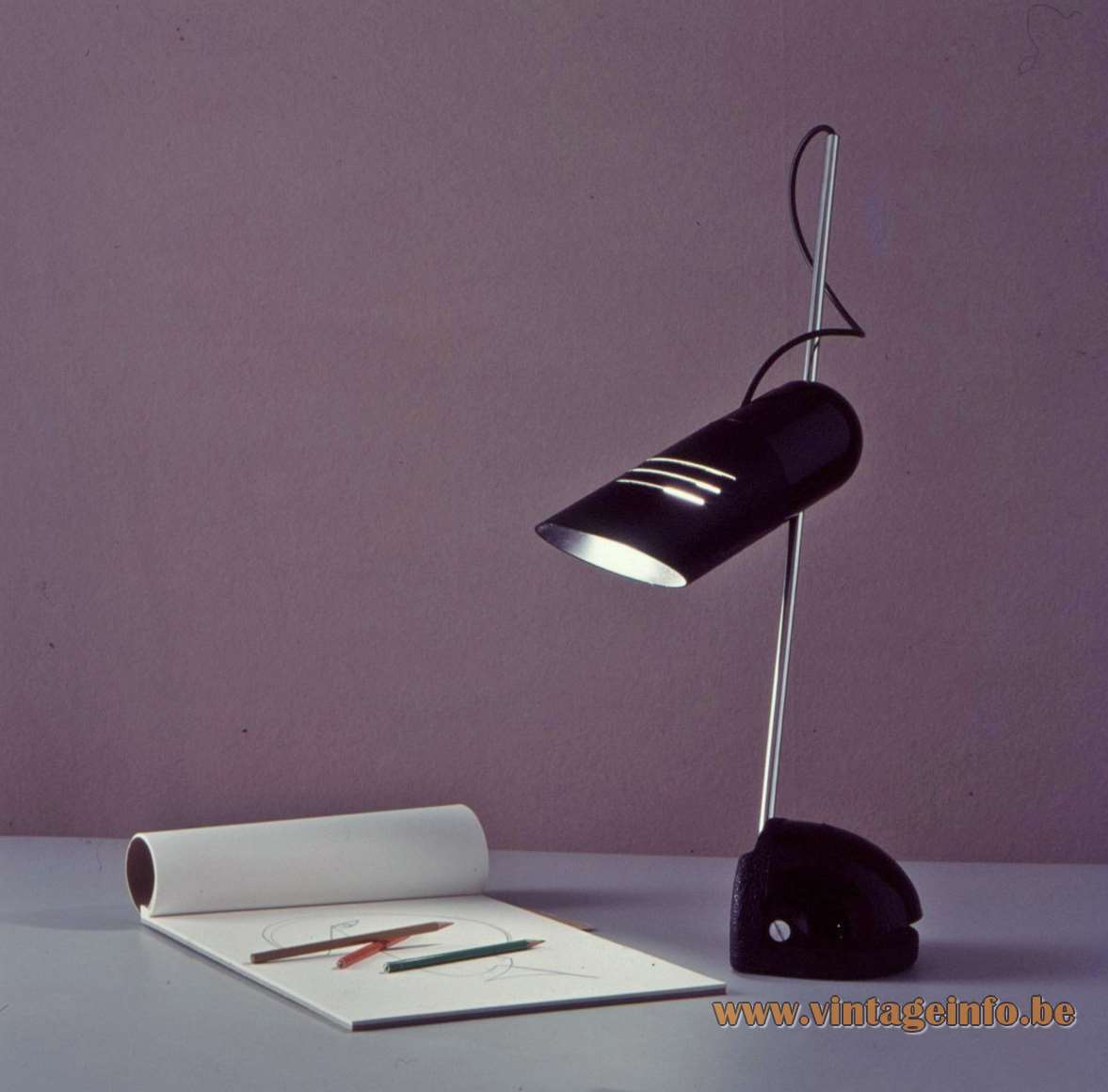 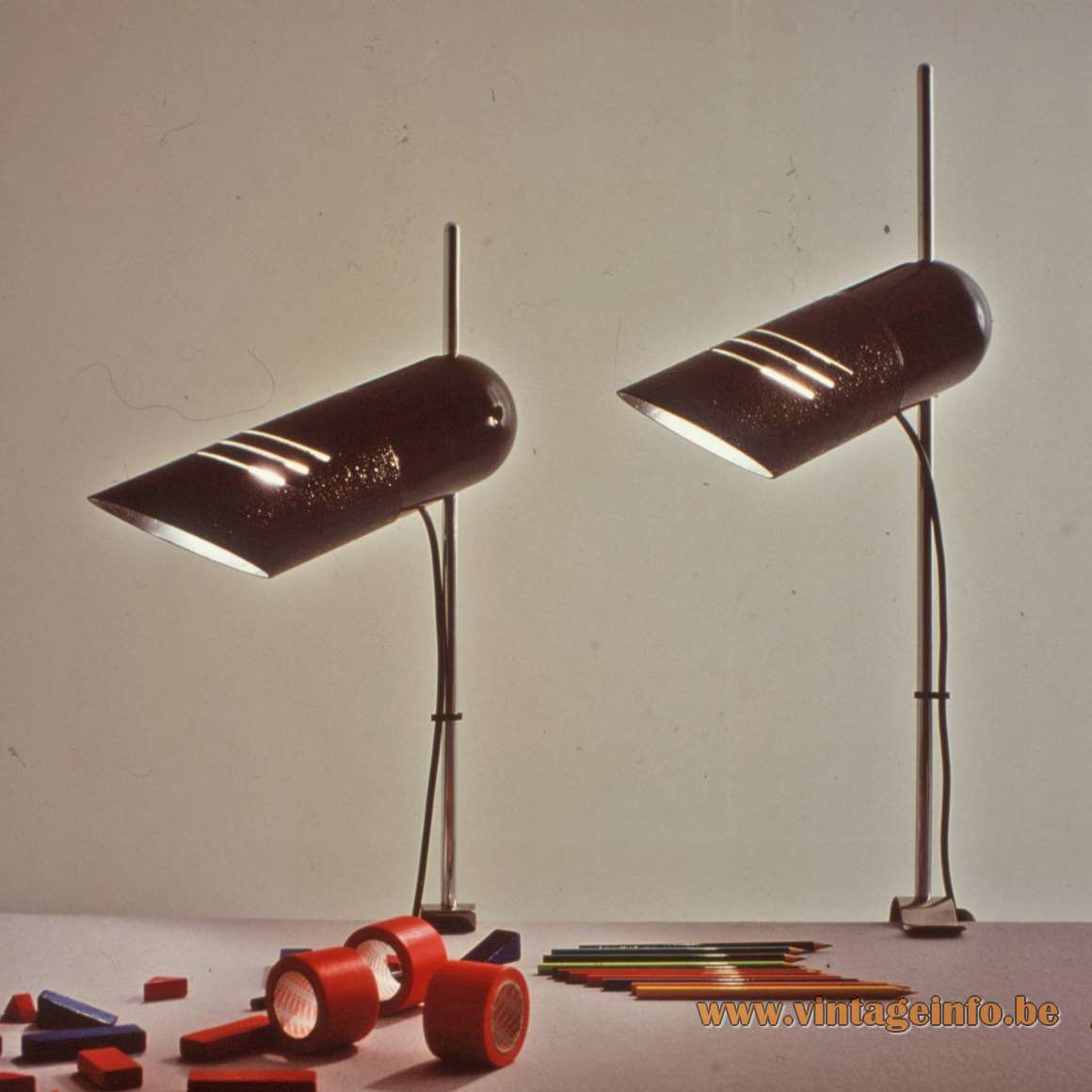 Other versions: The Harvey Guzzini Galdino table or desk lamp exists in several versions, as you can see. Made as a wall lamp, clamp lamp, double rod clamp lamp, floor lamp. All made in some varieties. This table lamp is slightly different than the final design. The wire for the lampshade starts in the back of the base instead of on top of the chromed rod. It also has no switch and the inside of the lampshade is also red.

Designer Carlo Urbinati was born and raised in Sacrofano near Rome in Italy. He has worked in a range of areas from the lighting to the auto industries. Mixing organic forms with new technologies, Urbinati gives each of his designs a very personal touch. He is best known for his bathroom furniture and Jacuzzi’s.

Carlo Urbinati designed 2 other lamps. The Scopelite for Zumtobel together with Fabio Lenci in 1982 and a flush mount for Dizeta in the same year.

His company is named Urbinati Design and it is located in Sacrofano.

Another Carlo Urbinati exists. He is one of the owners of Foscarini lighting and is also a designer. Together with Alessandro Vecchiato he designed the Folio lamp. 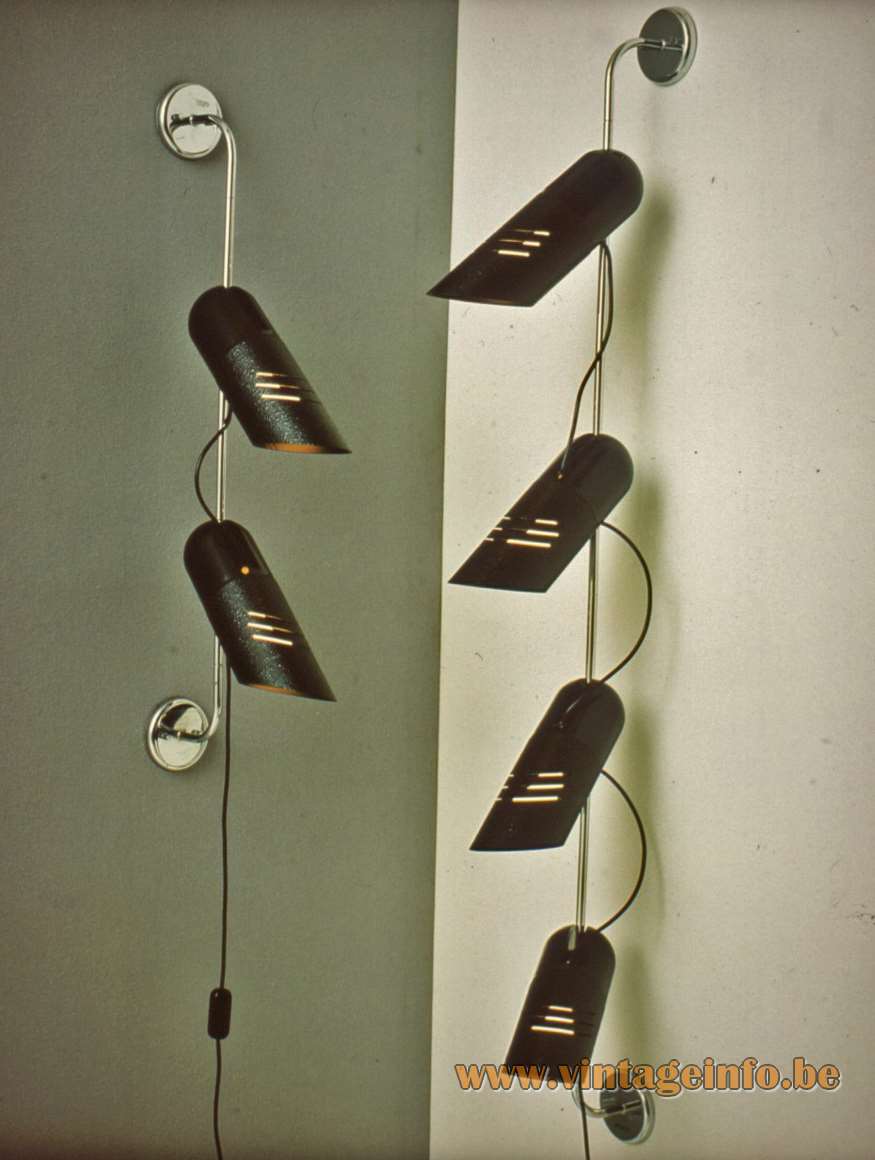 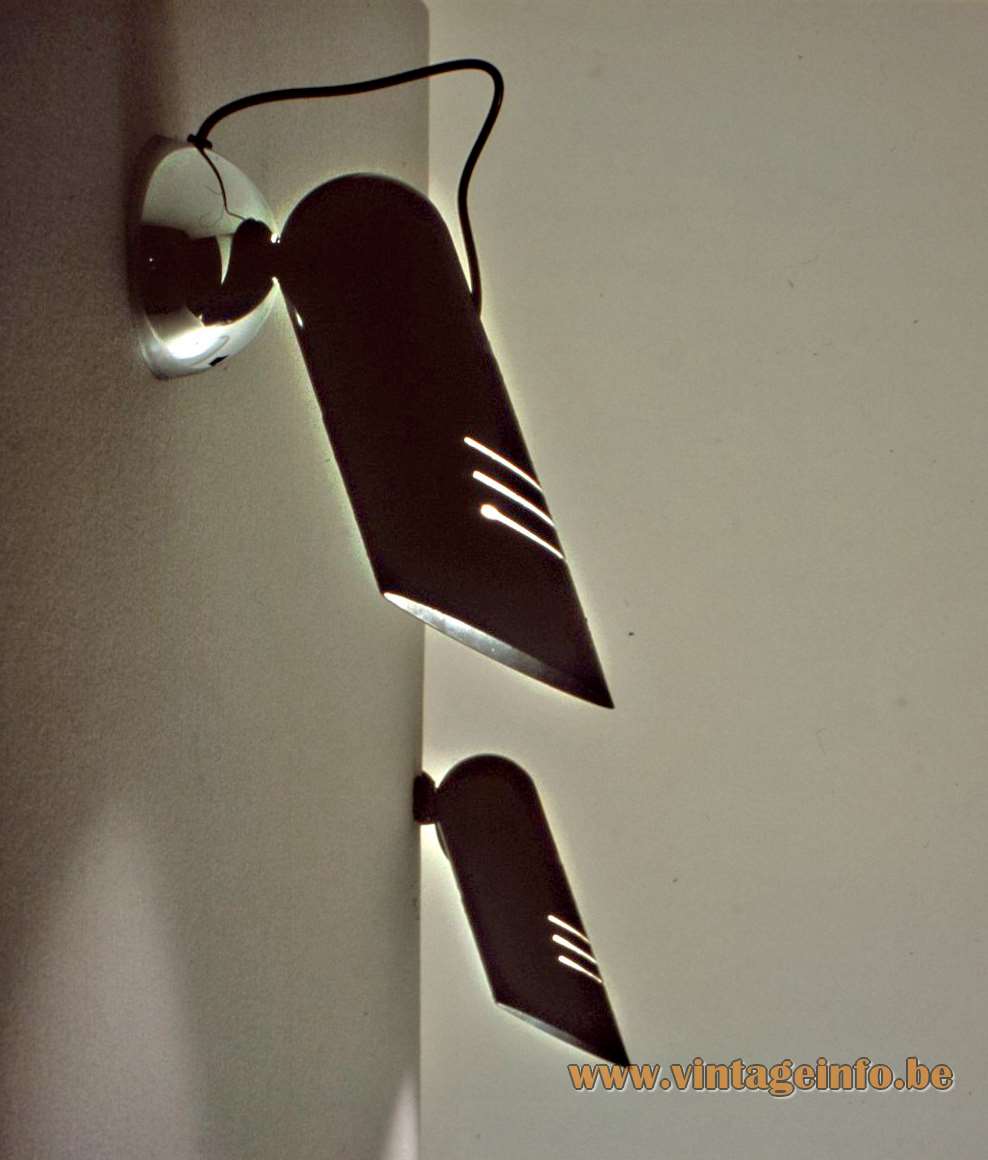