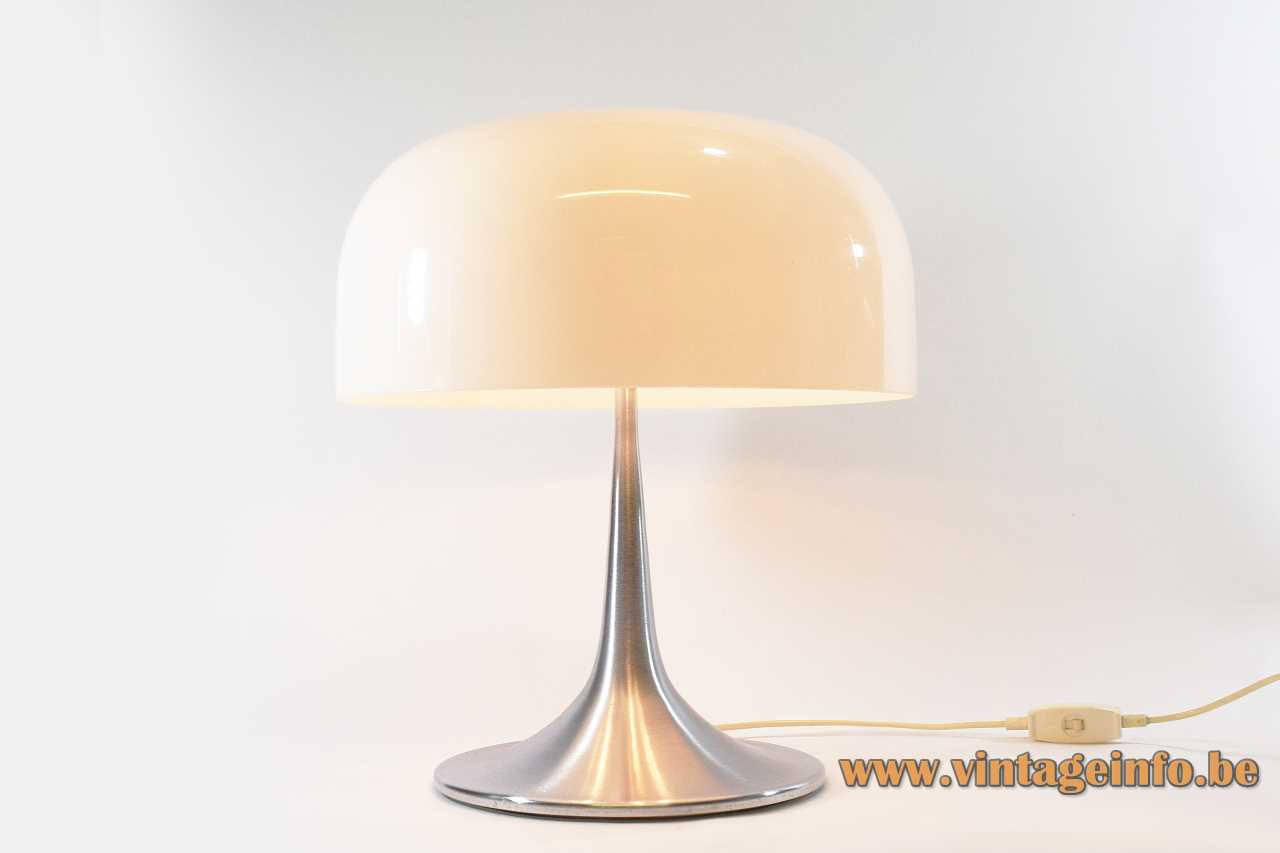 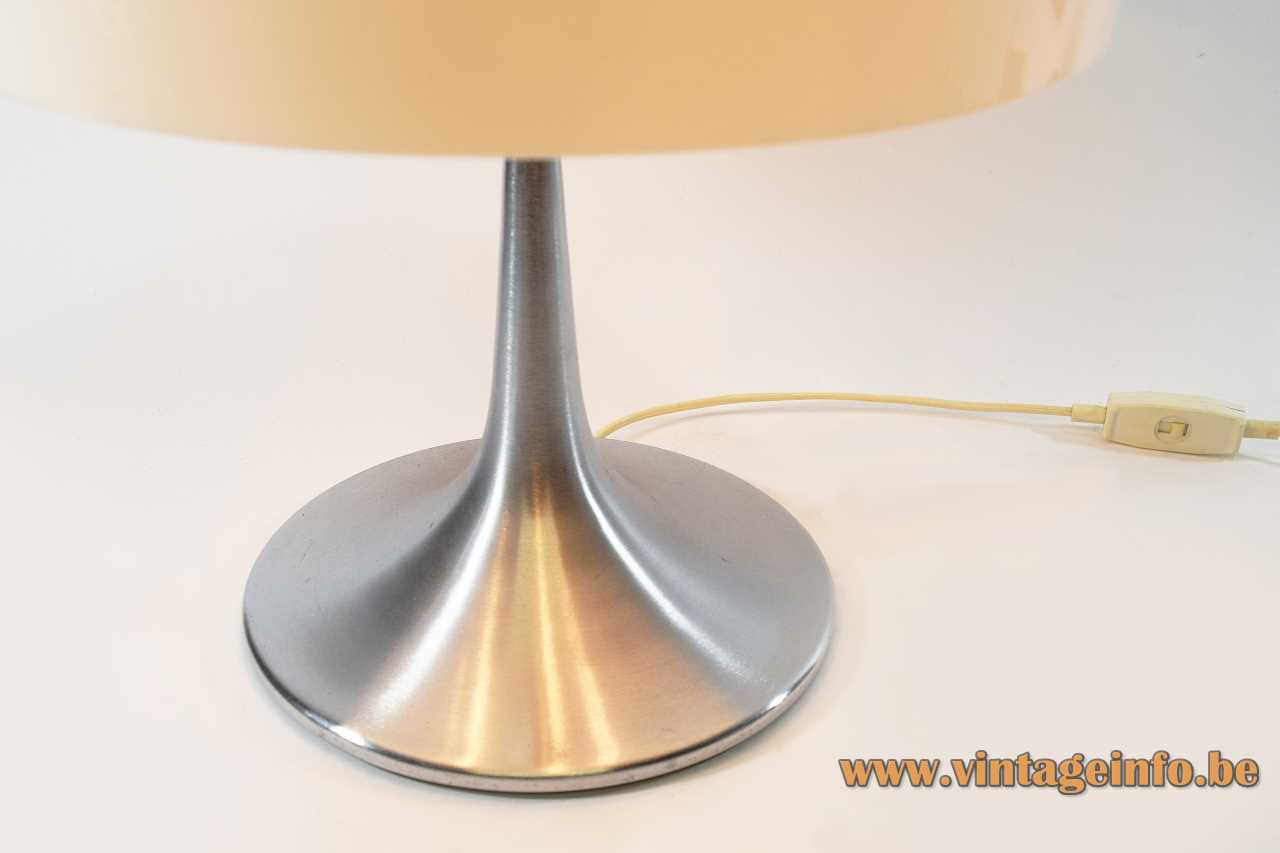 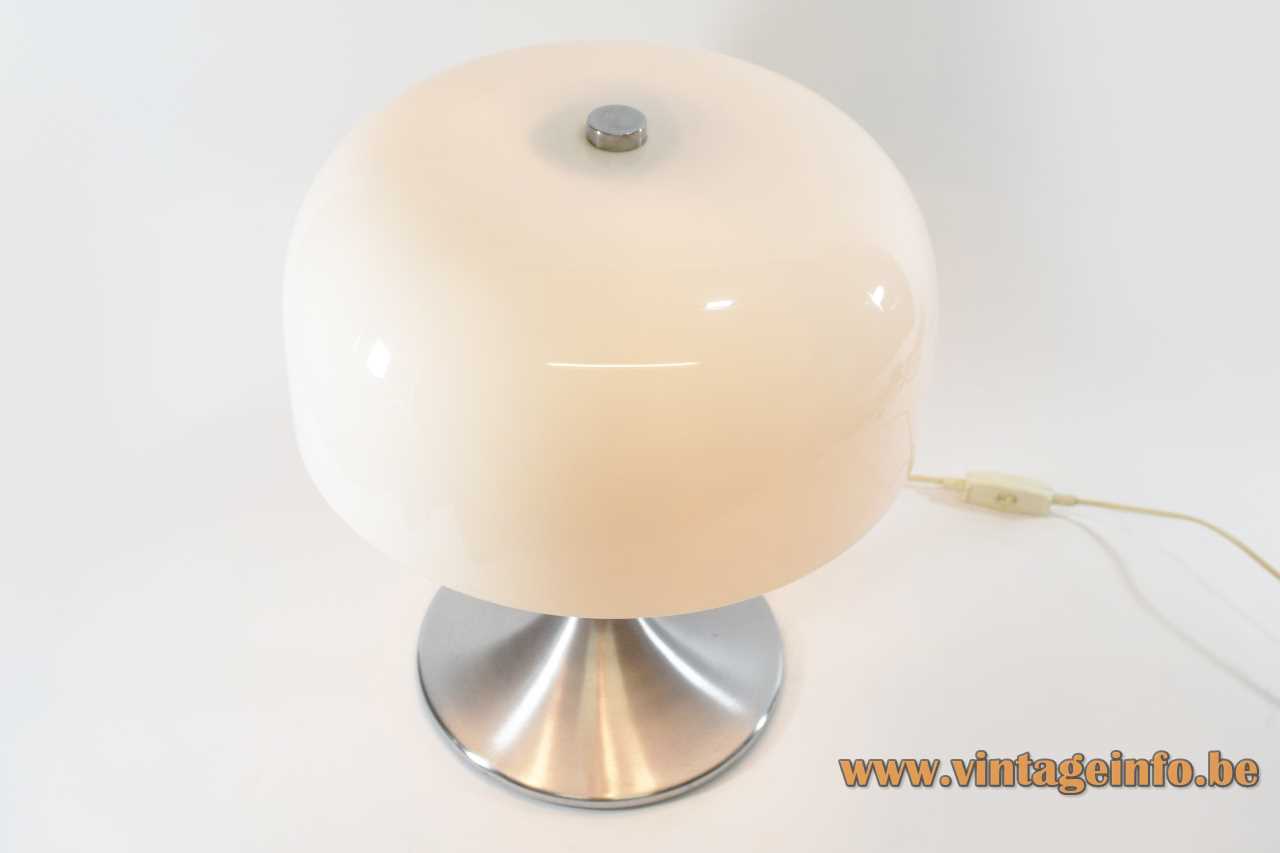 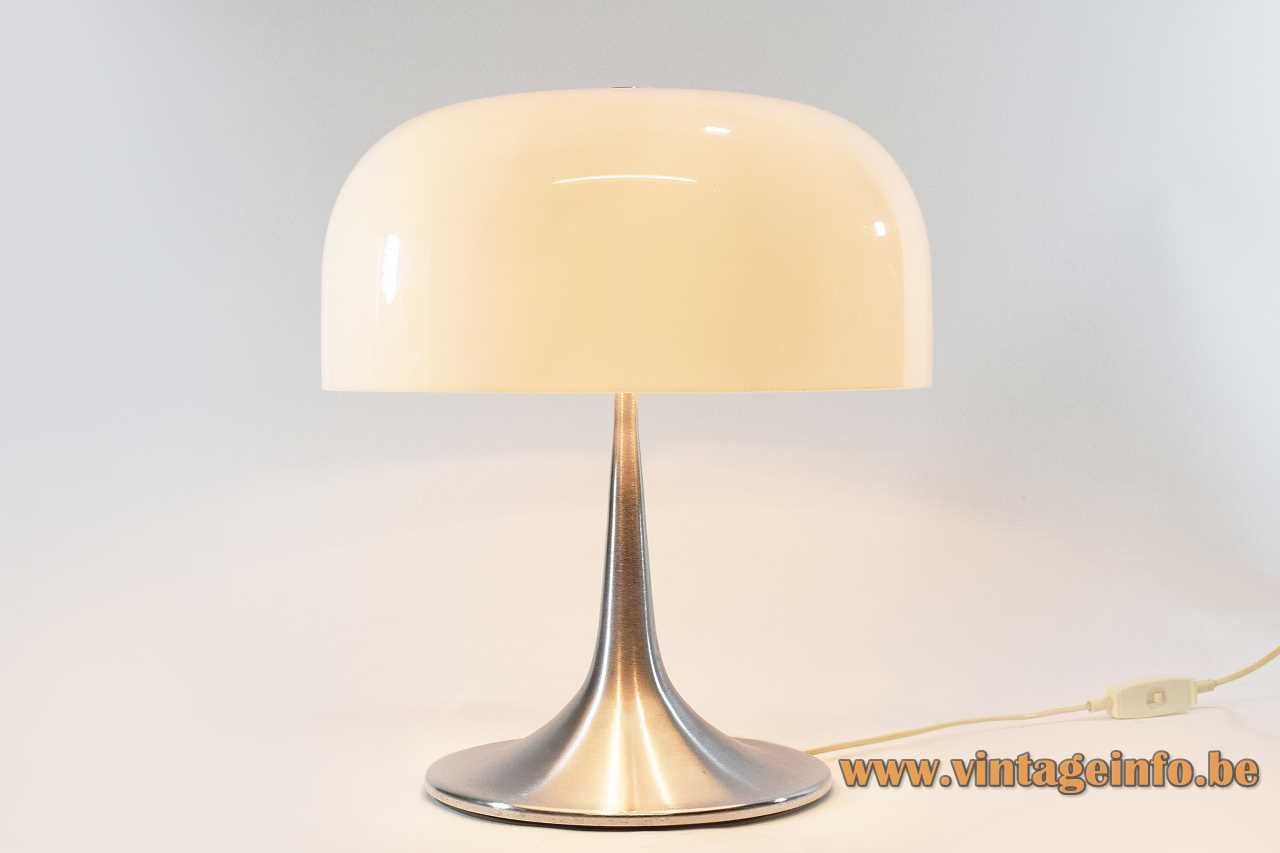 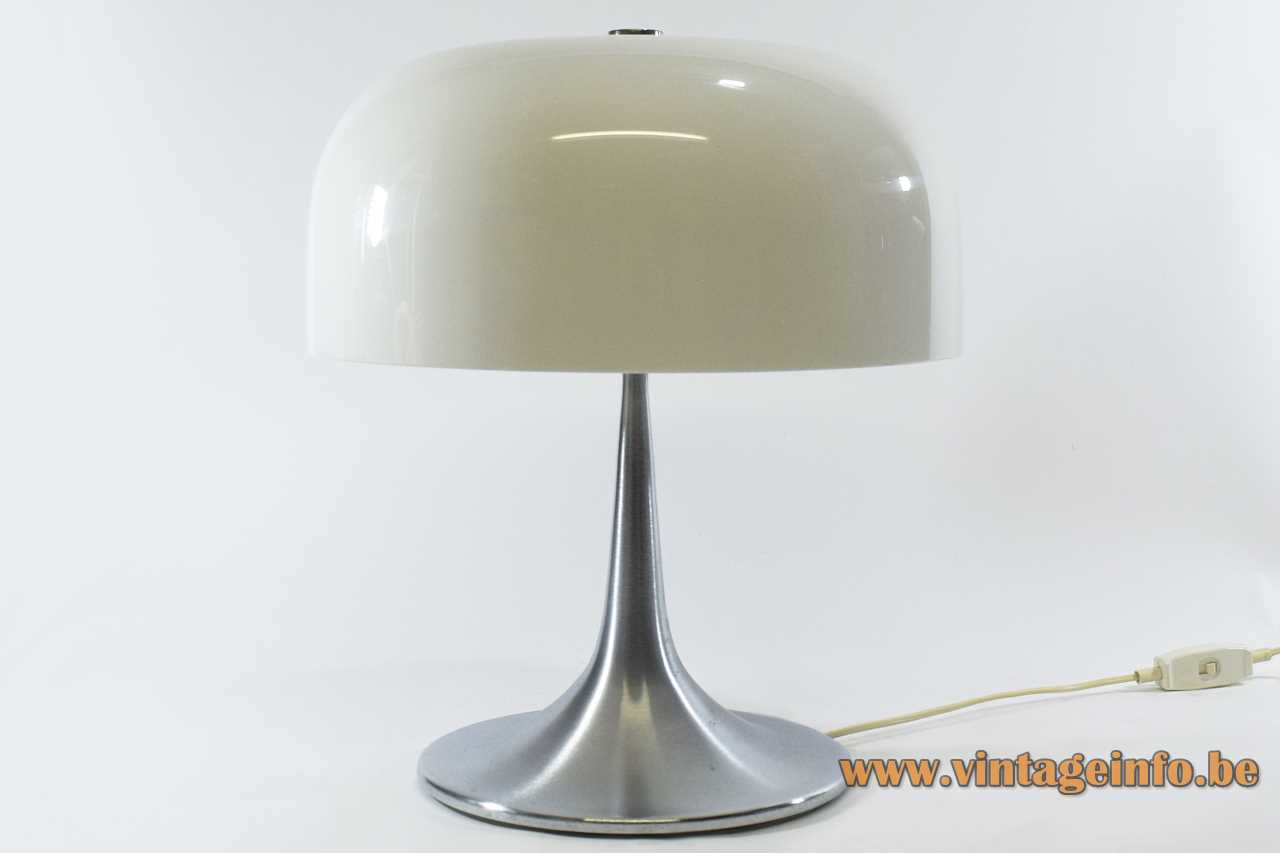 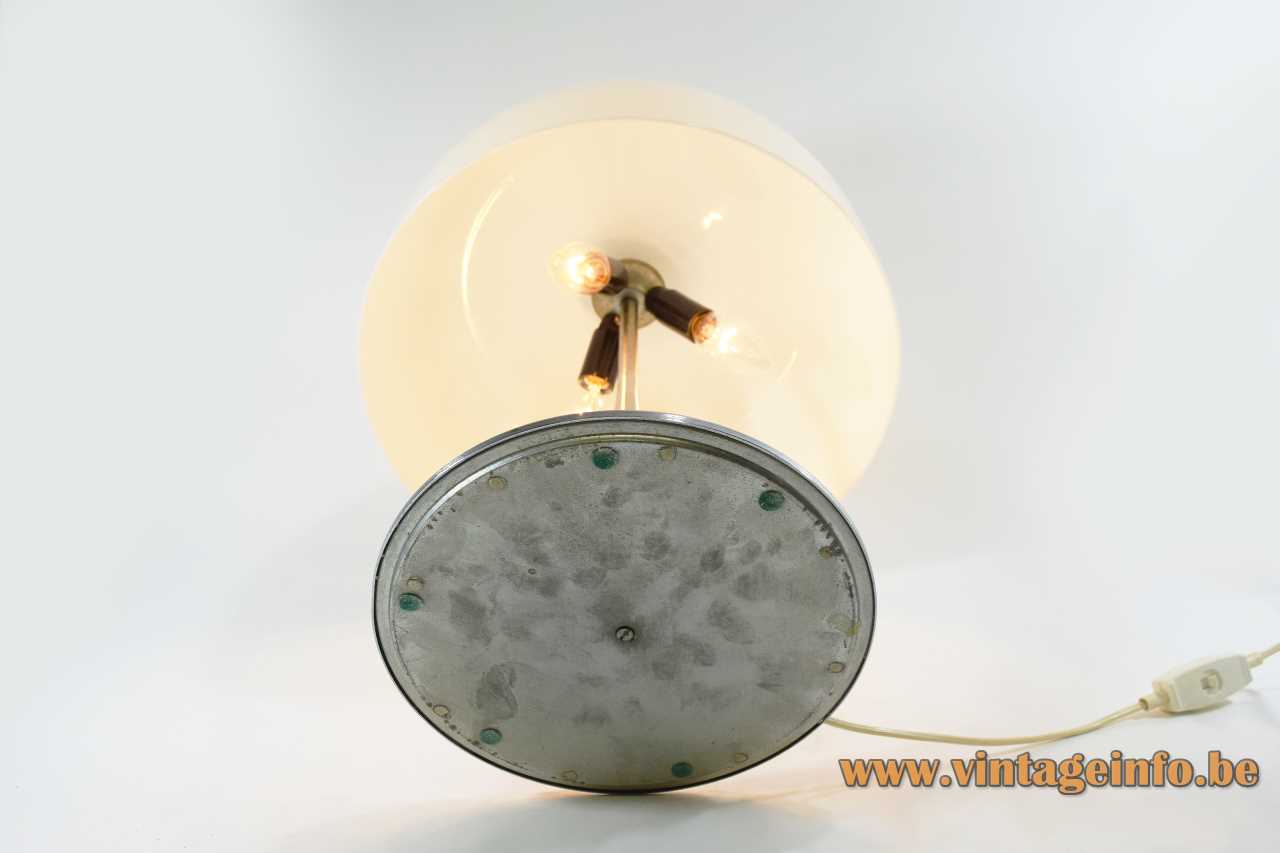 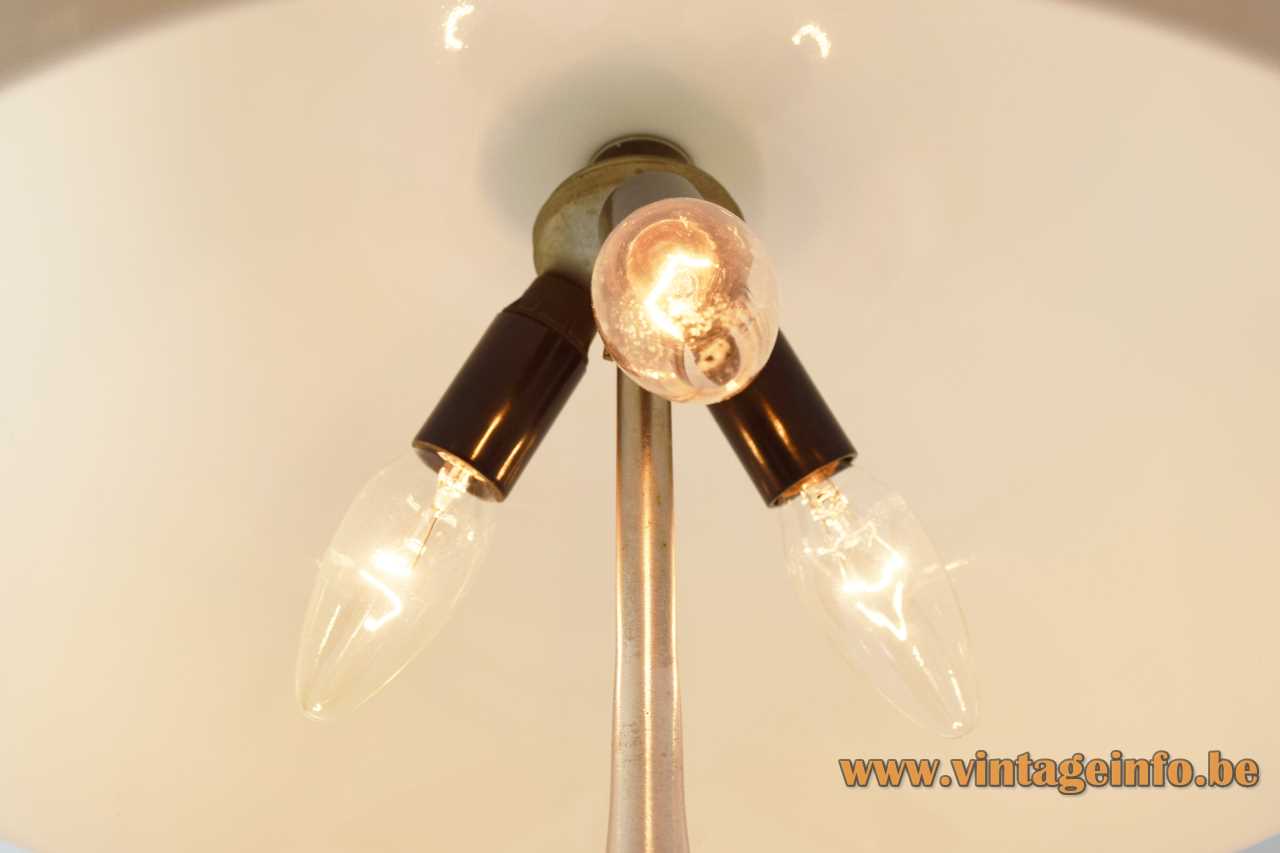 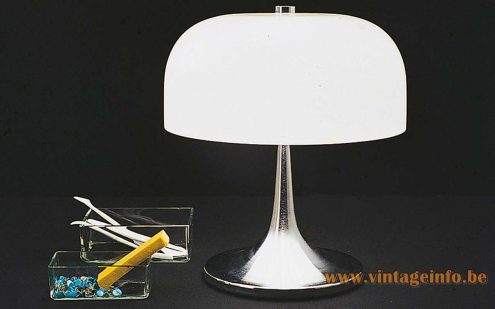 4010 – Lamp with a white acrylic diffuser below.

The pendant lamp was made in 2 sizes.

All The Way Up

An orange Harvey Guzzini Medusa table lamp was used as a prop in the 1970 British comedy film All The Way Up. Starring Warren Mitchell, Pat Heywood and Kenneth Cranham. 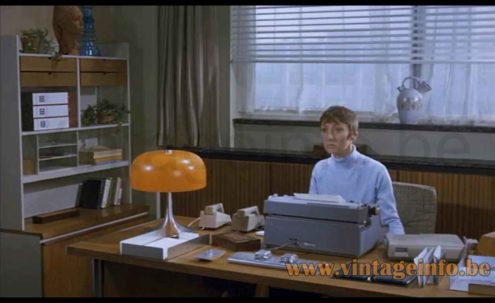 A Harvey Guzzini Medusa floor lamp with a diffuser below and a Lucerna handle on top, was used as a prop in the 2022 American supernatural horror film Hellraiser. Starring Odessa A’zion, Jamie Clayton and Adam Faison. Many other Harvey Guzzini lamps appear in this movie that was filmed in Serbia. So they probably all have a Meblo label.

Other versions: This Harvey Guzzini Medusa table lamp exists in several varieties. Not only a first and a second edition exists of this table lamp, but it was sold with or without a white diffuser below. Also pendant lamps and floor lamps were made. Some models with the same chrome handle on top as the Lucerna.

The first editions, such as this one have a slightly different, thinner base and some versions have another ornamental screw on top with a handle. The second edition was made “tighter”, more modern and has a chrome base.

Almost the same thing happened with the Toledo table lamp, a very similar lamp with the same base but with a different lampshade. You can find this lamp over here on Vintageinfo. 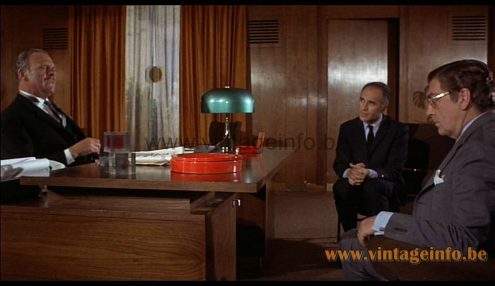 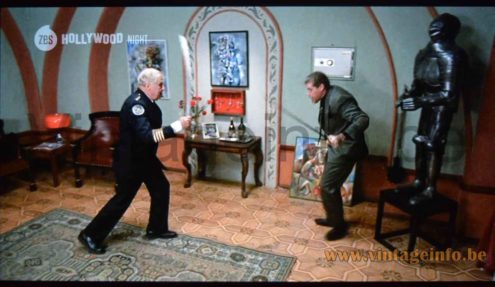