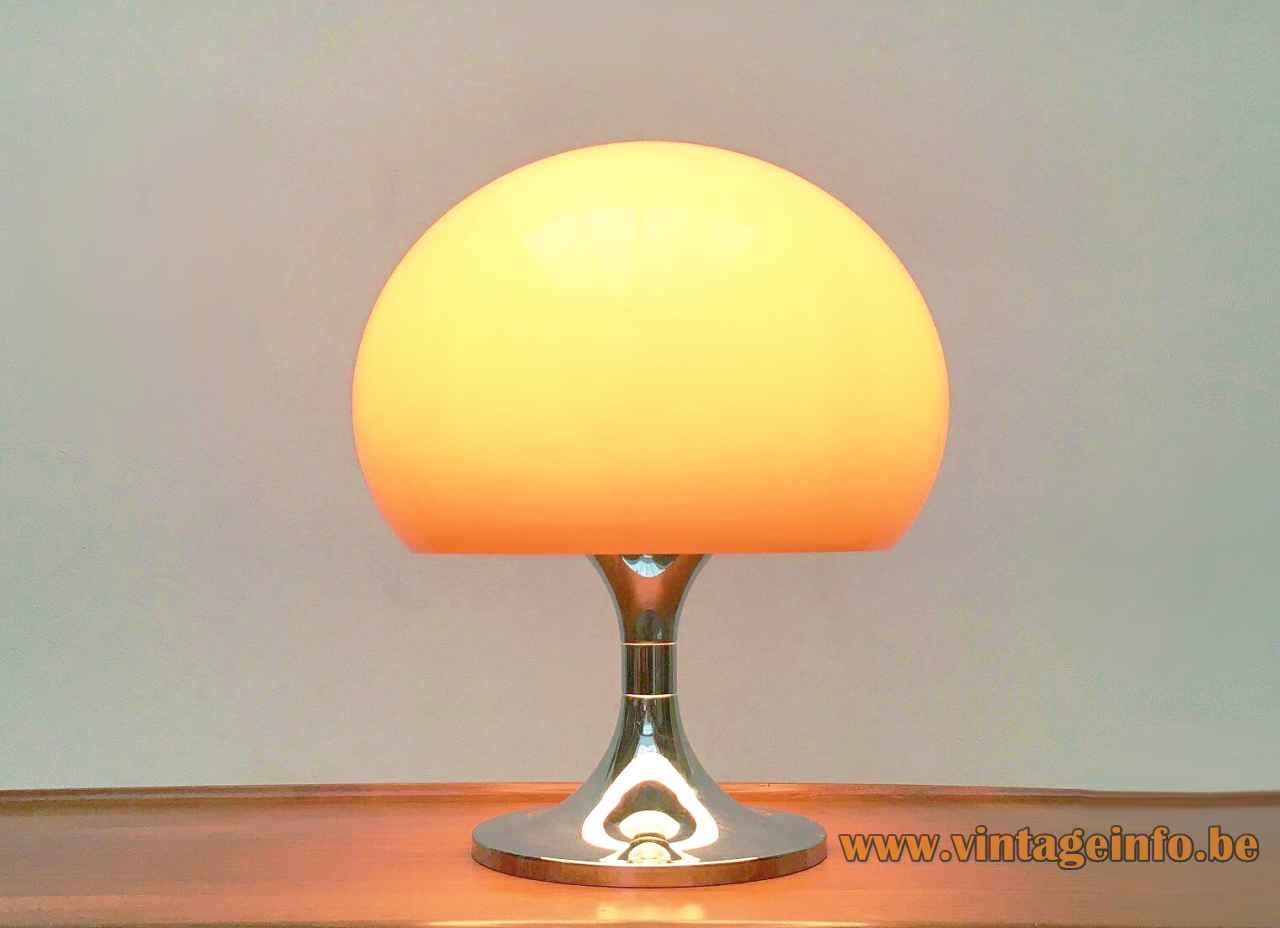 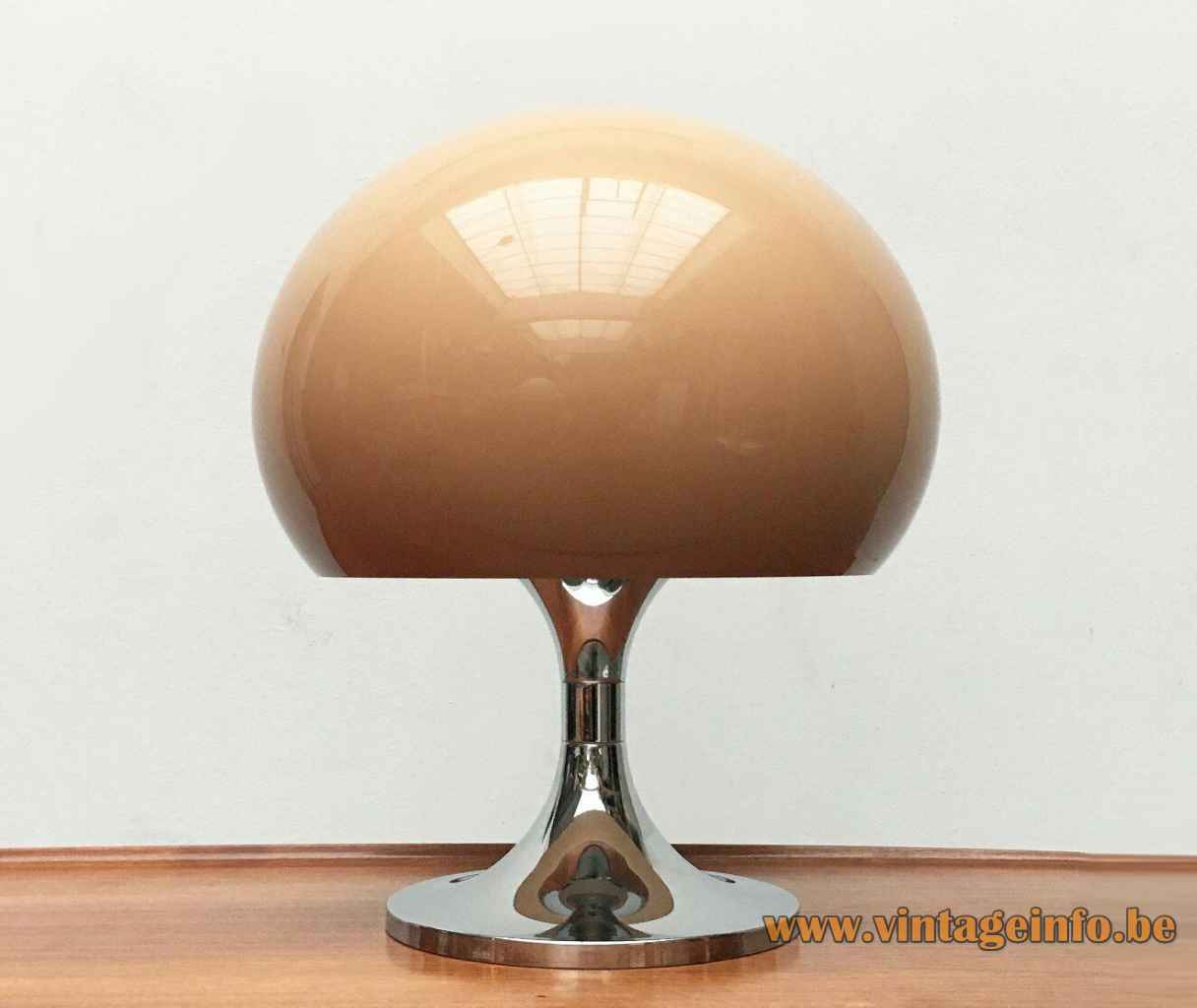 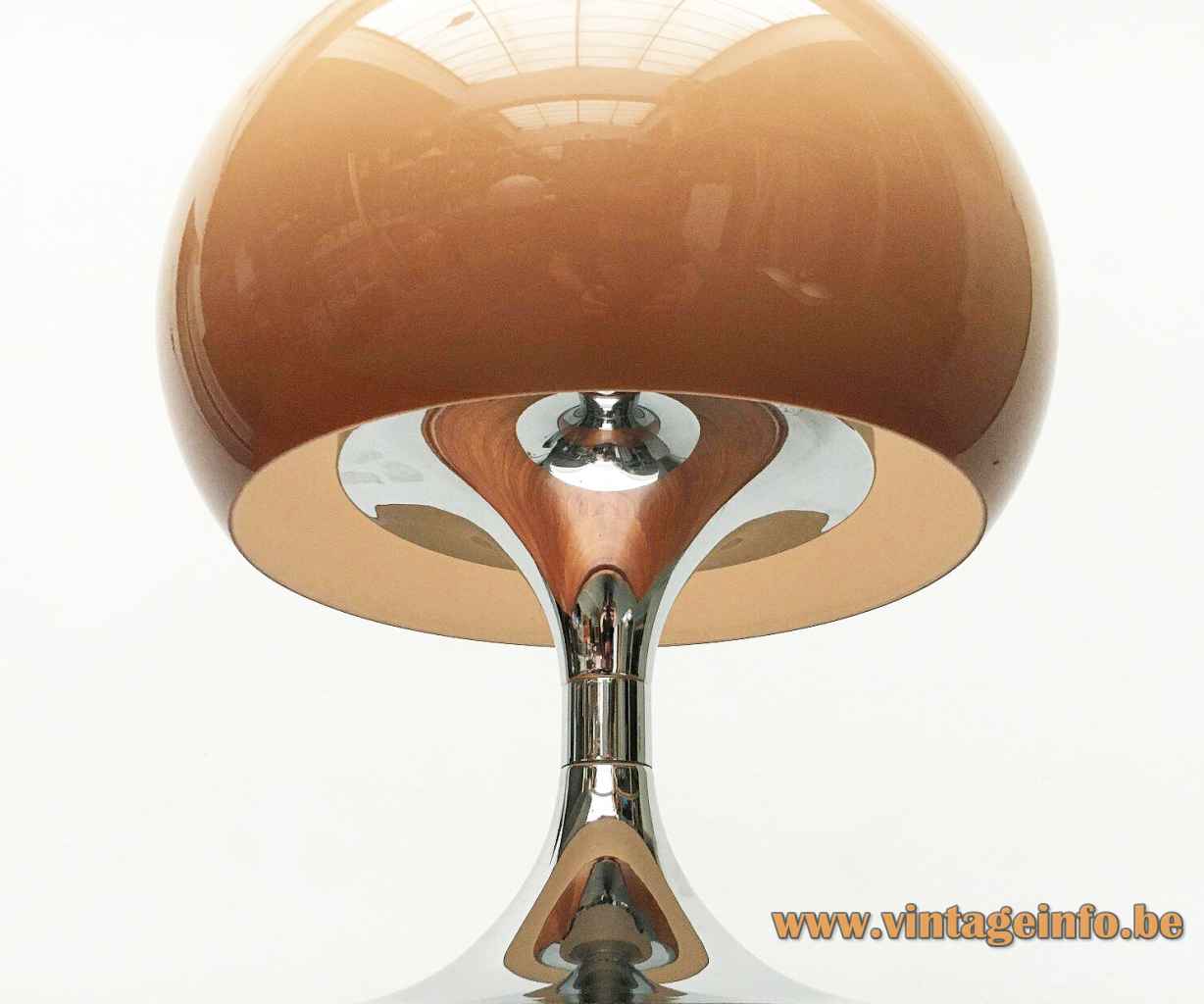 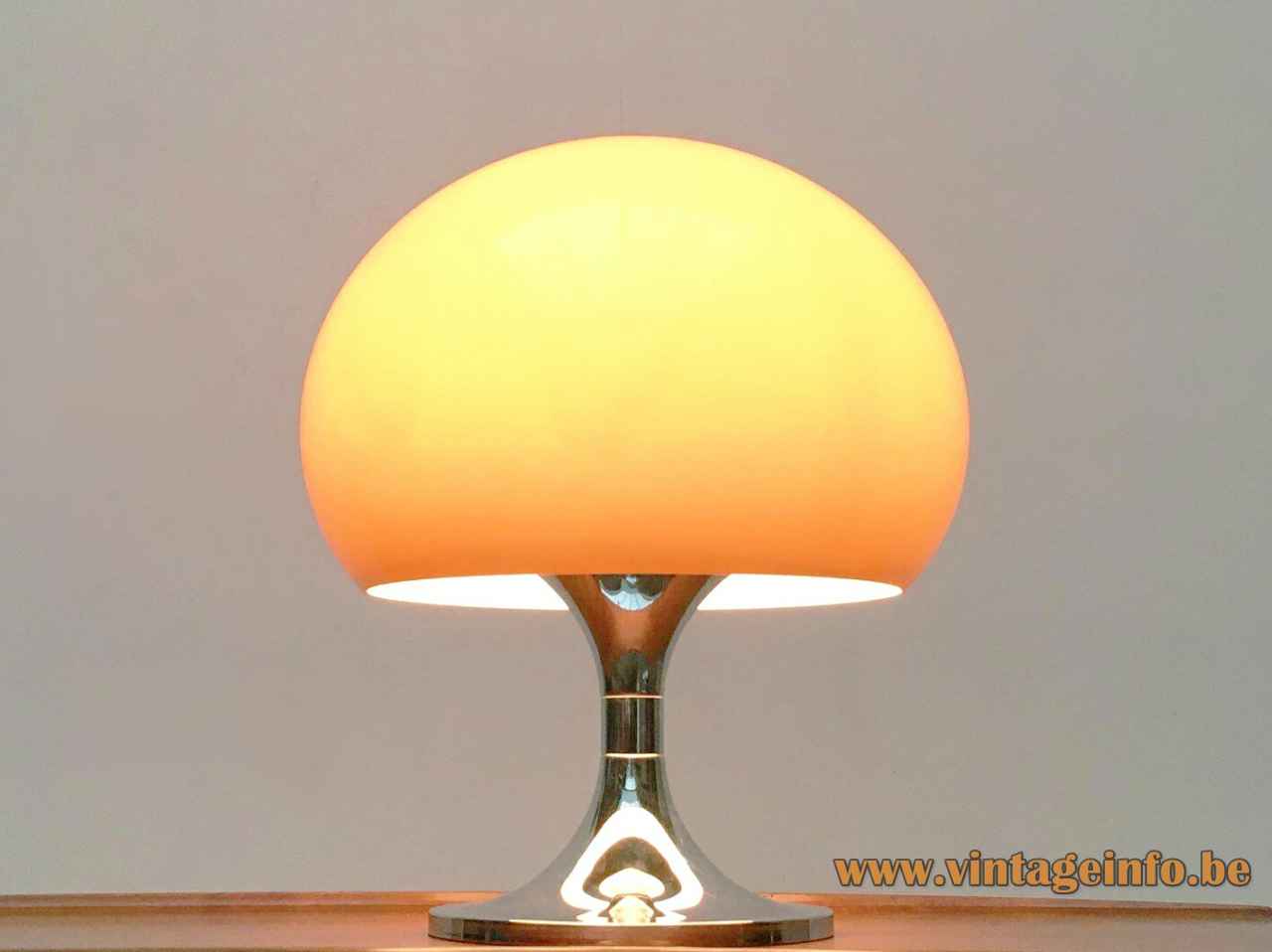 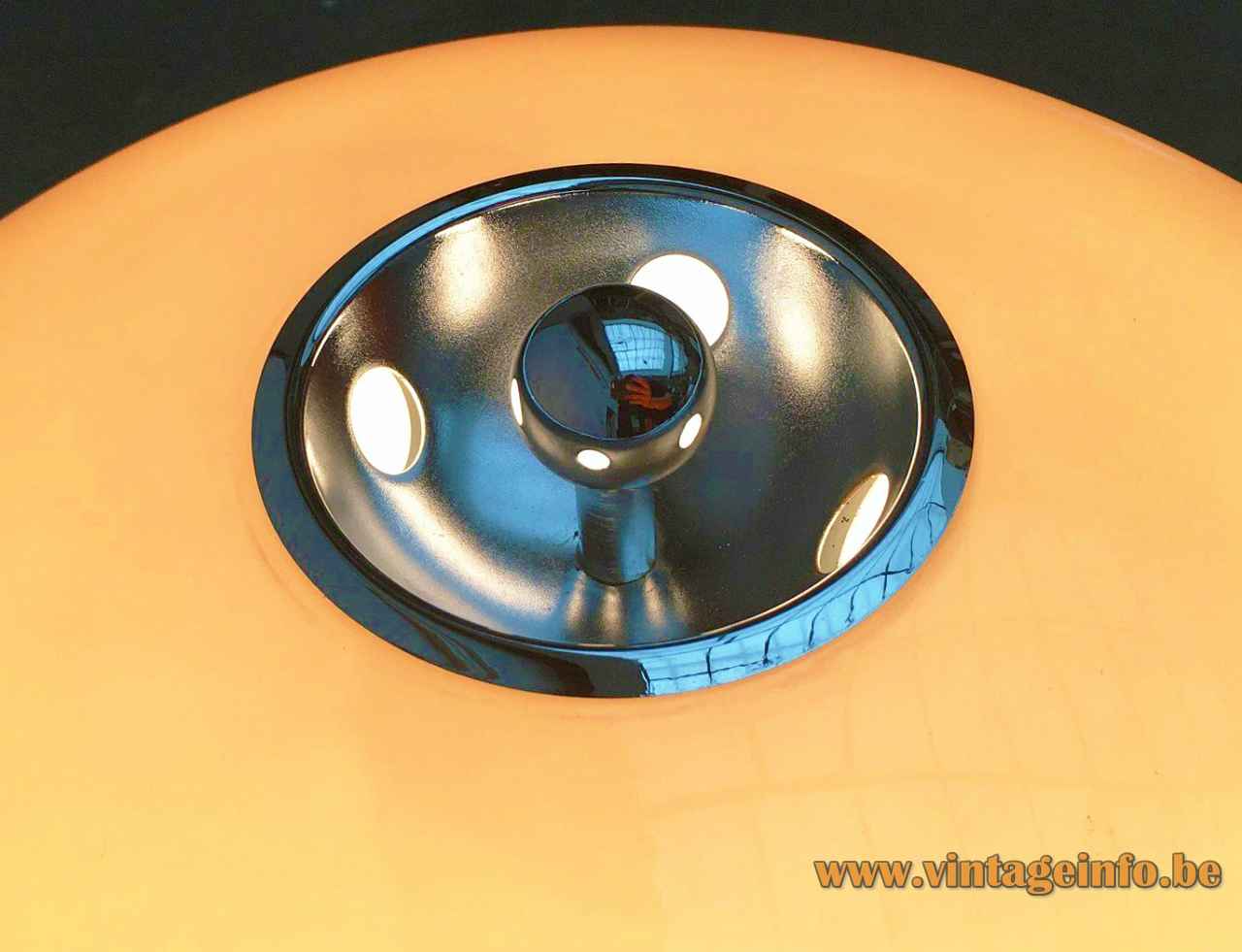 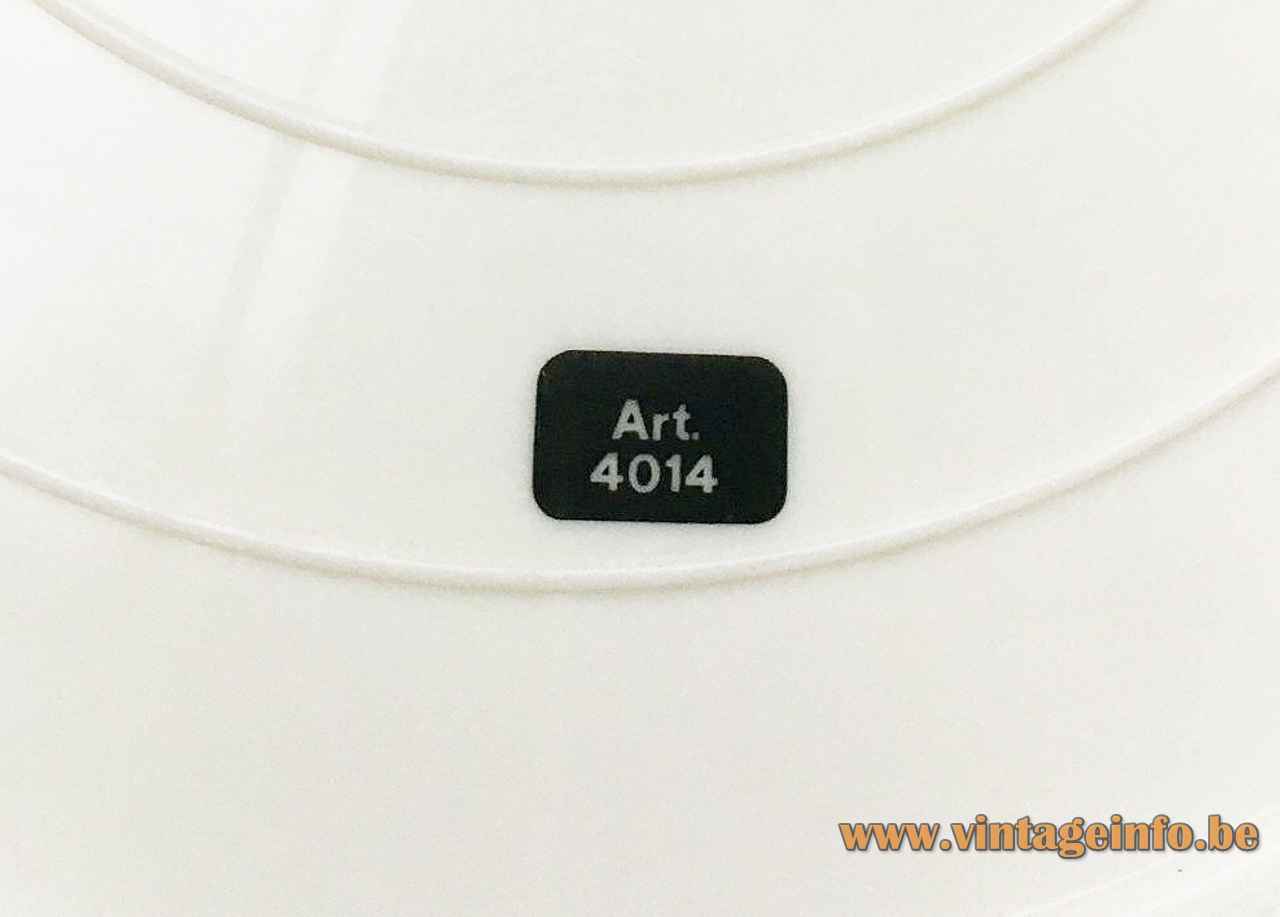 Other versions: This Harvey Guzzini Duetto table lamp exists in several colours. It only appears in catalogues from 1972 until 1976. It is model 4014.

In 1962, Luigi Massoni meets the brothers Raimondo, Giovanni and Giuseppe Guzzini in Milan: it is the beginning of a fruitful collaboration.

Luigi Massoni worked for Fratelli Guzzini and Harvey Guzzini, what later changed in iGuzzini, until 1976. Not only he was the art director but the coordinator of communication and advertising campaign, bringing, as pointed out by Adolfo Guzzini “a purification of the form” and “rationality as a new social status “.

He also designed the logo of Harvey Guzzini as you can see below.

Luigi Massoni designed some of the most beautiful lamps for Harvey Guzzini, such as the Brumbry, the Alvise, the Moana, the Toledo and in all probability this lamp, the Duetto, and many others.