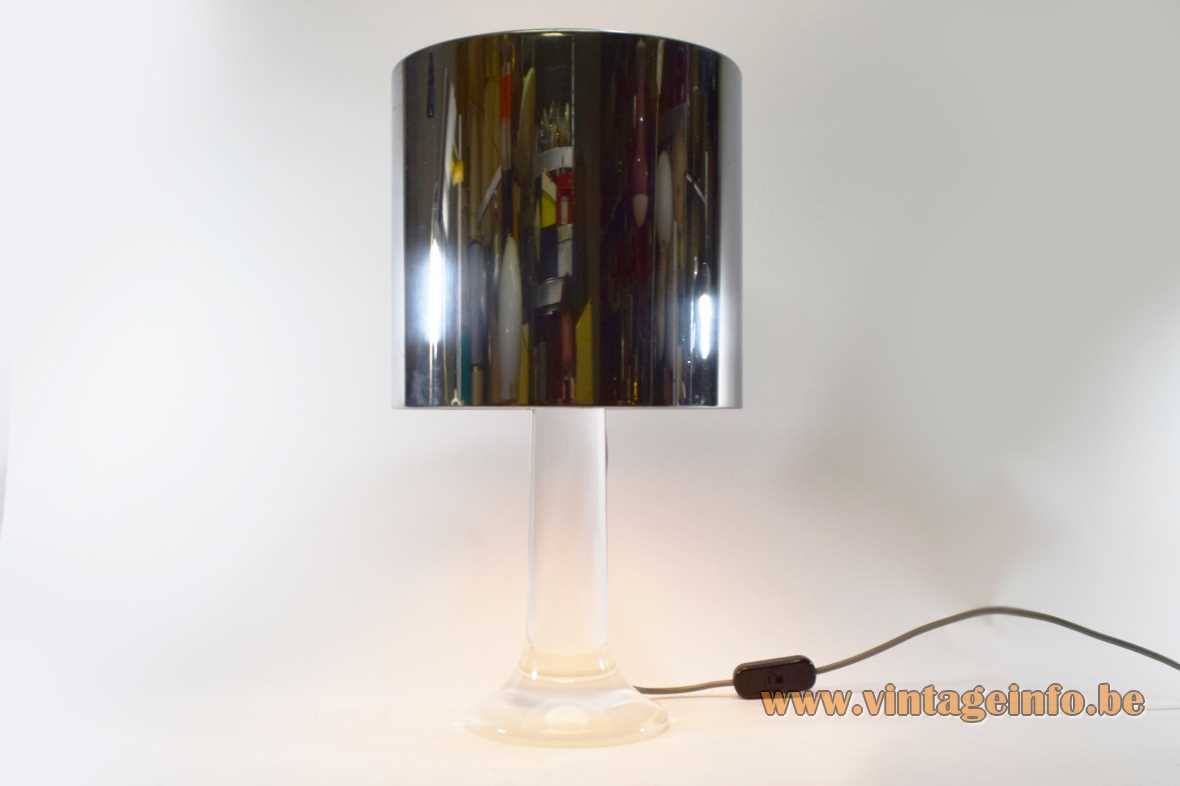 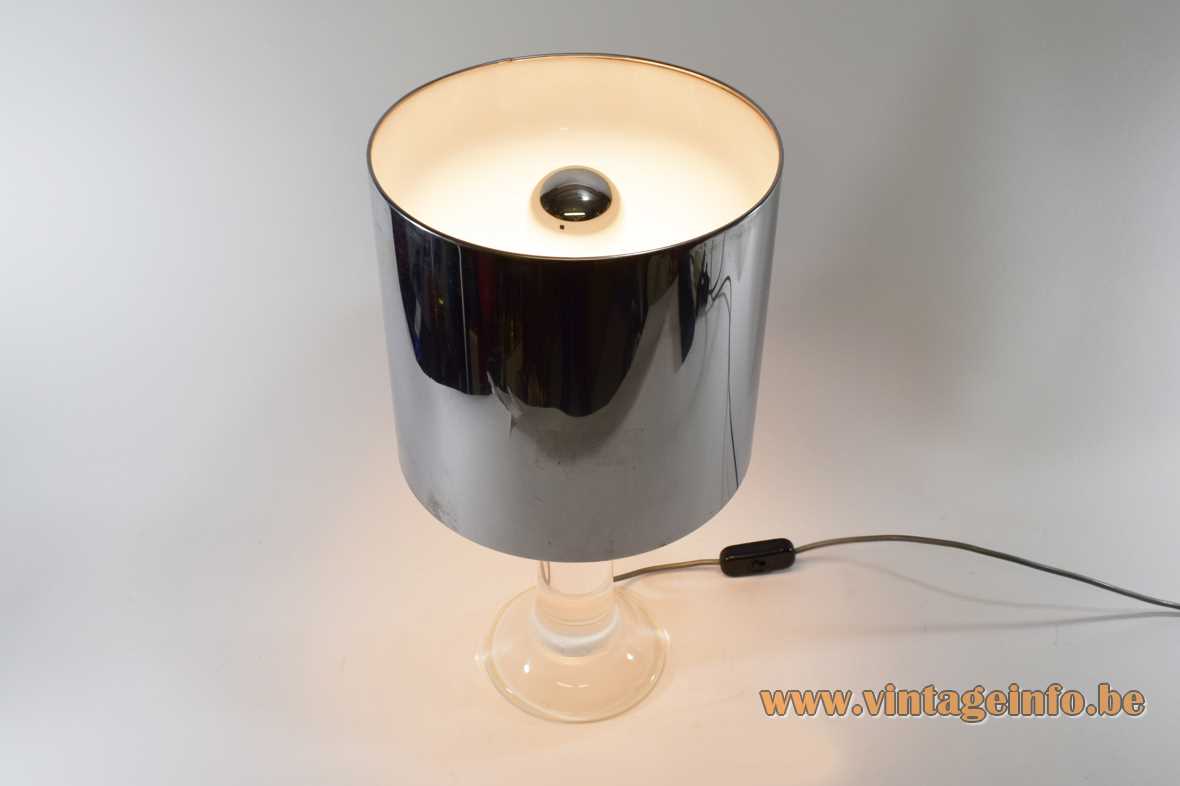 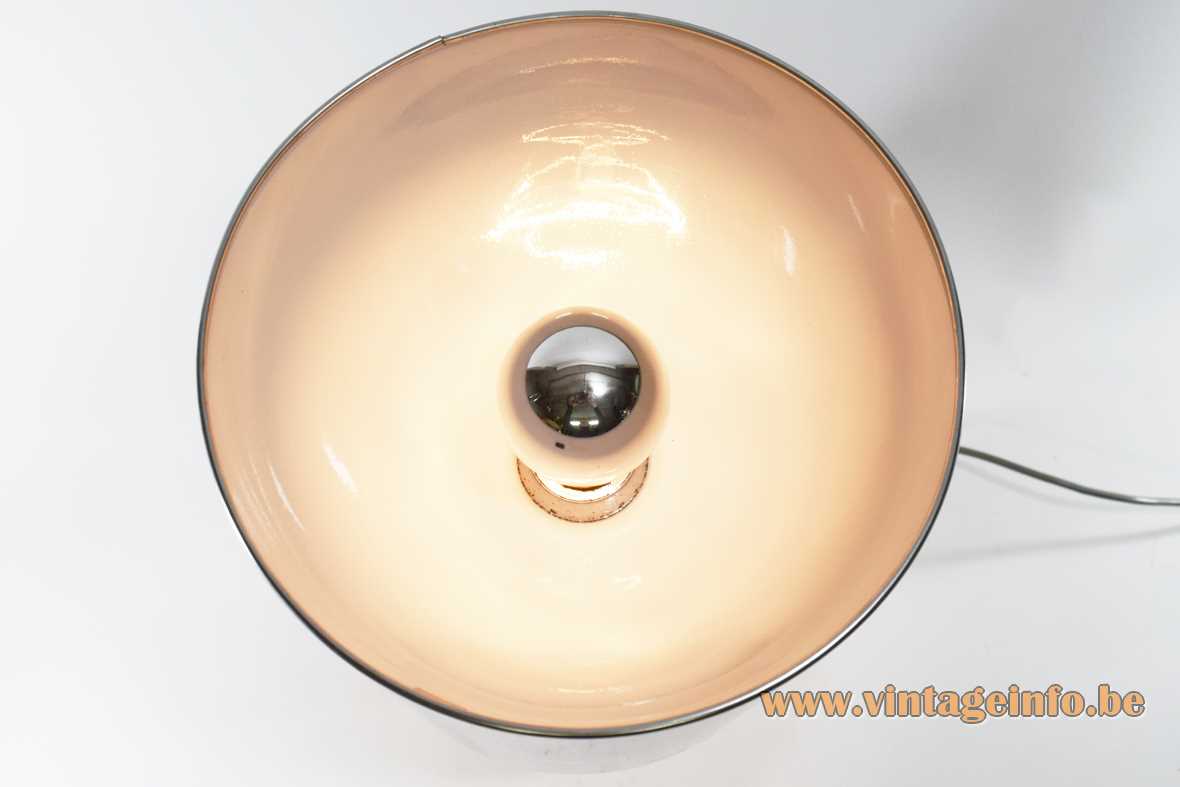 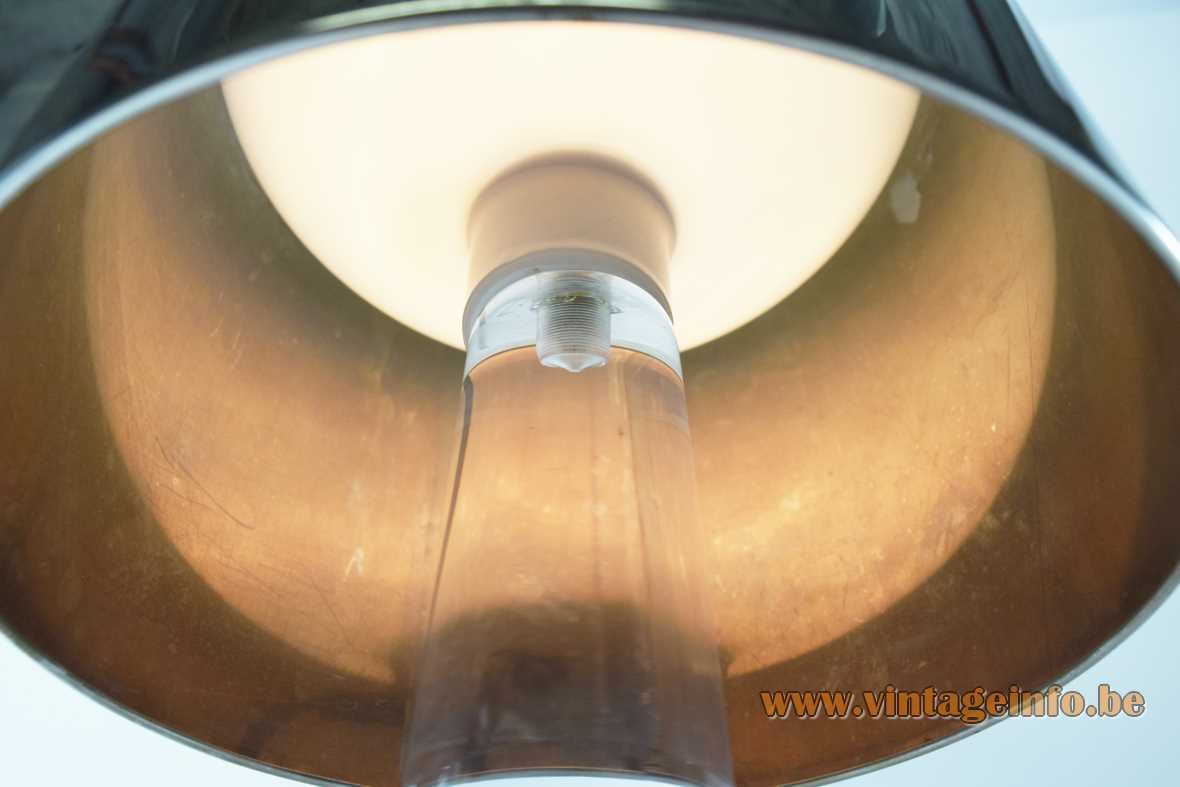 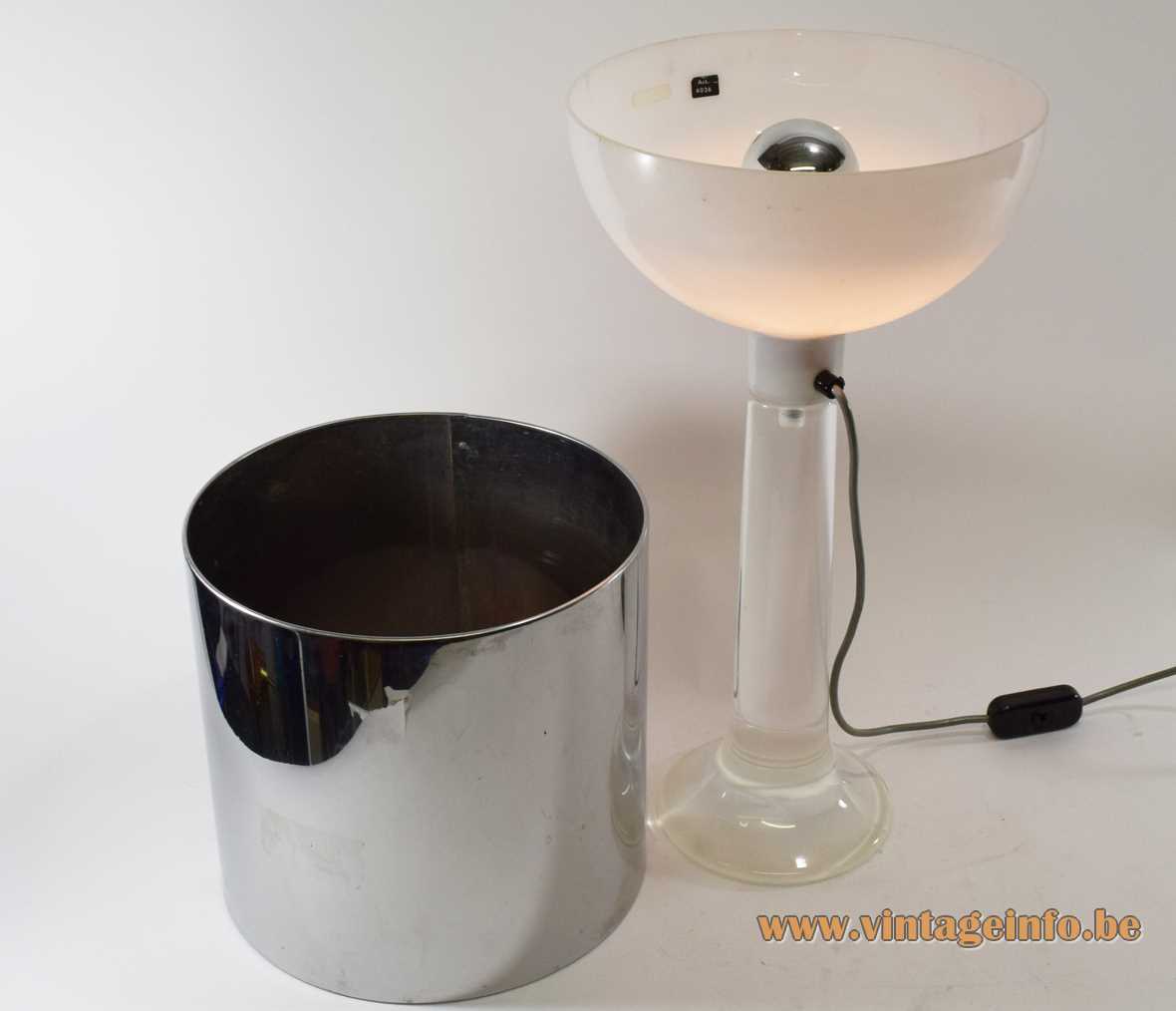 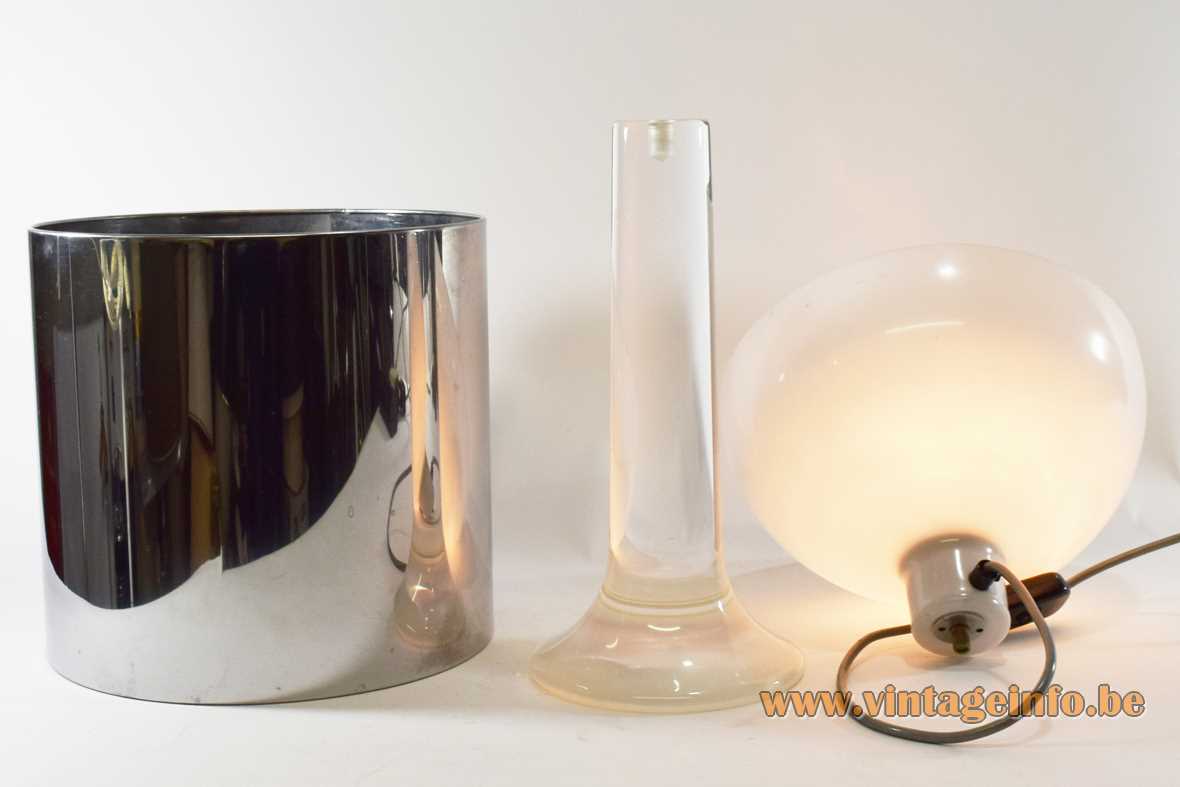 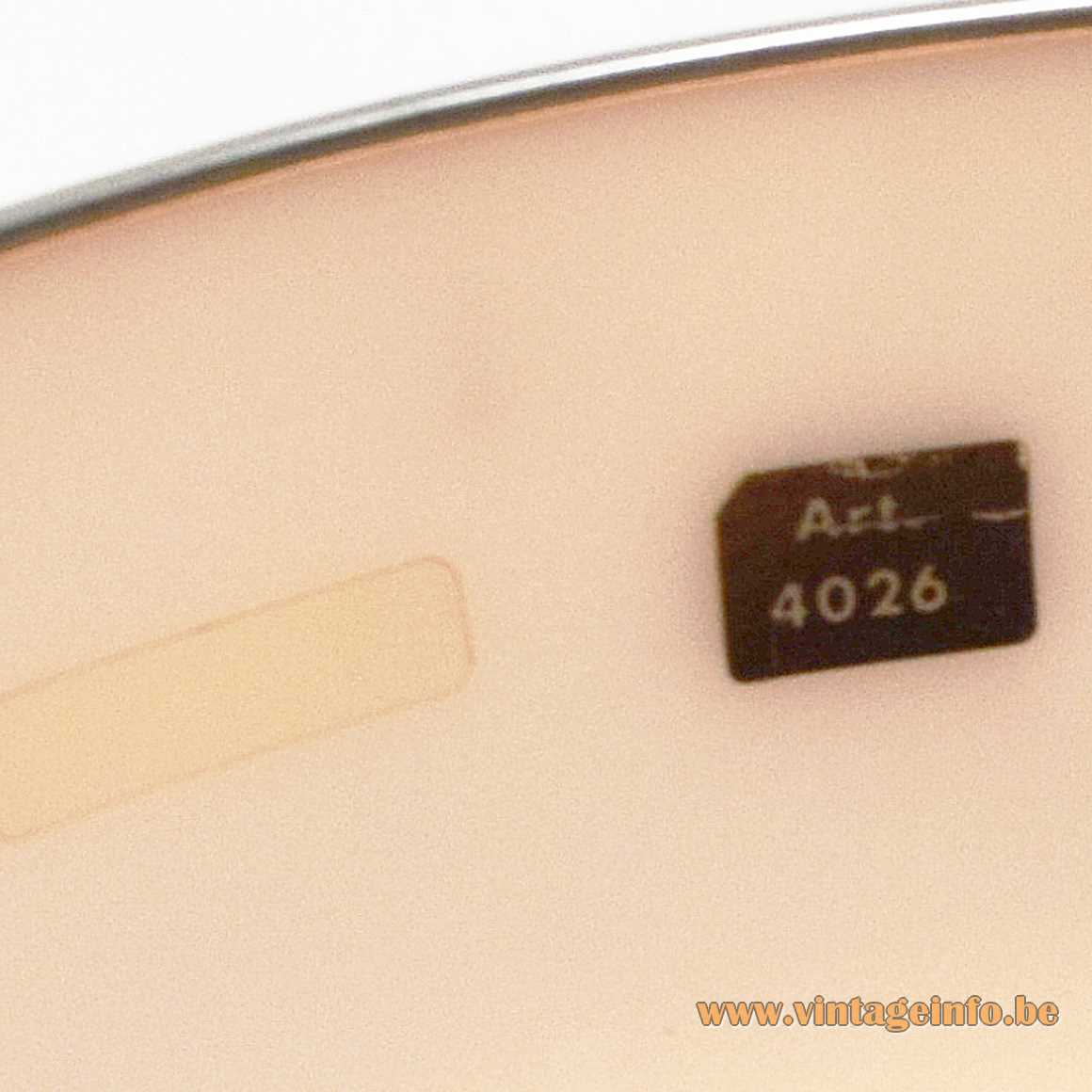 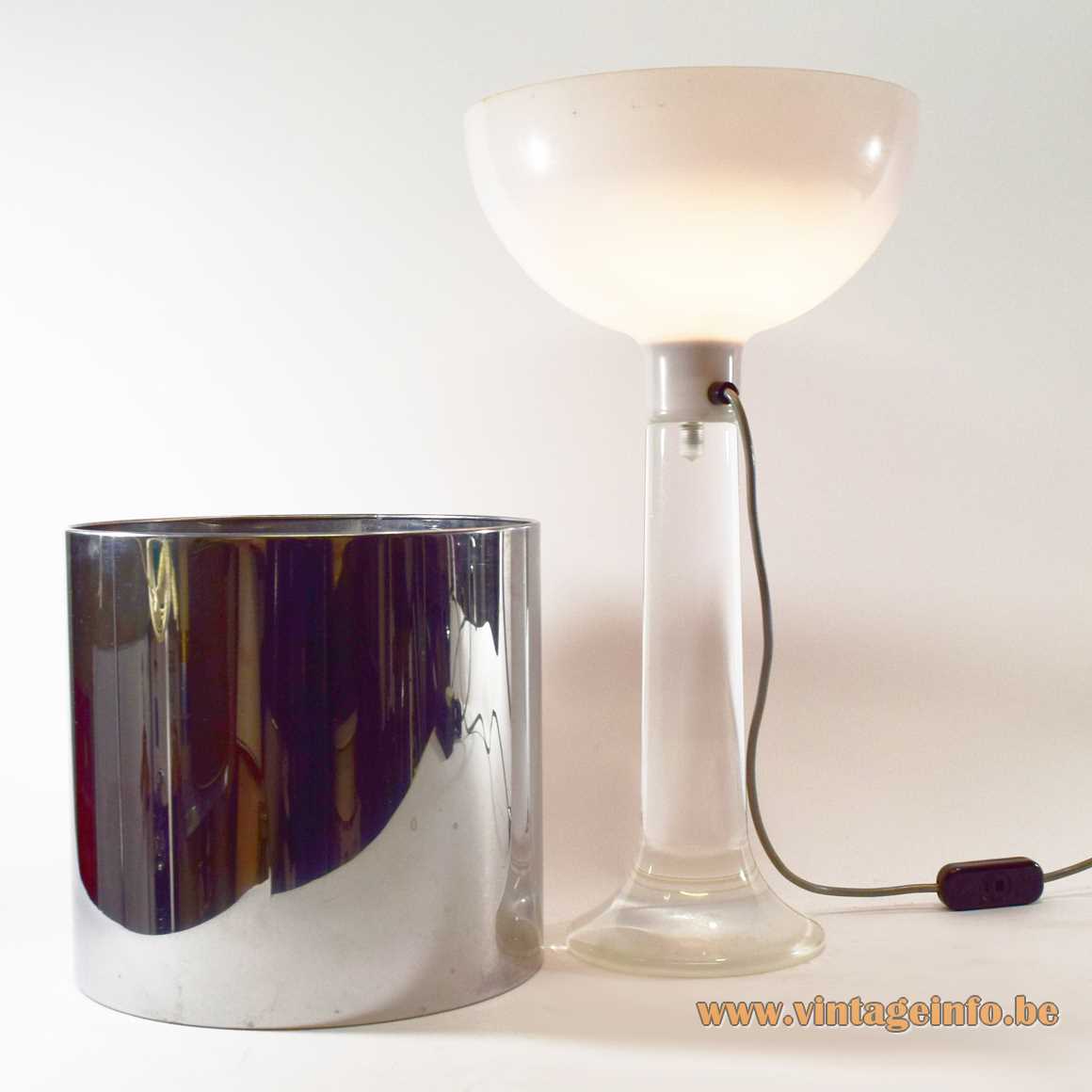 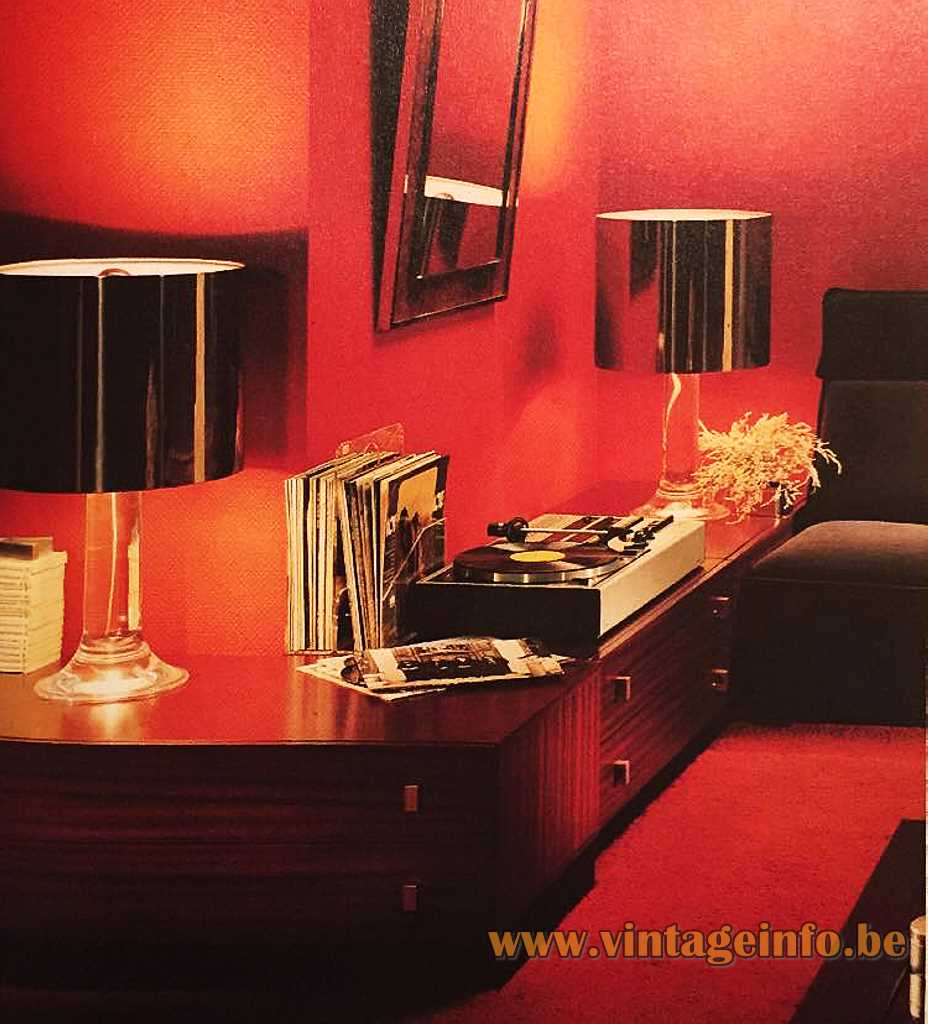 Other versions: The Harvey Guzzini Masselo table lamp exists in two sizes. The big one, is 70 cm / 27.55” high and 40 cm / 15.74” wide. It has an E27 lamp socket on top, 100 watt maximum and two E14 lamp sockets below. 40 watt maximum. A table lamp with a fabric lampshade with chrome rims exists. Also a pendant lamp with this stainless steel lampshade exists.

Stainless steel or inox is an alloy of iron, chrome and carbon.

The wiring, plug, switch and socket are Italian and they are made by VLM Components from Buccinasco near Milan. The company became famous for the switches they produce since 1968, designed by Achille Castiglioni. You can find them over here. This Harvey Guzzini Masselo table lamp is equipped with a big 475 switch designed by Castiglioni.