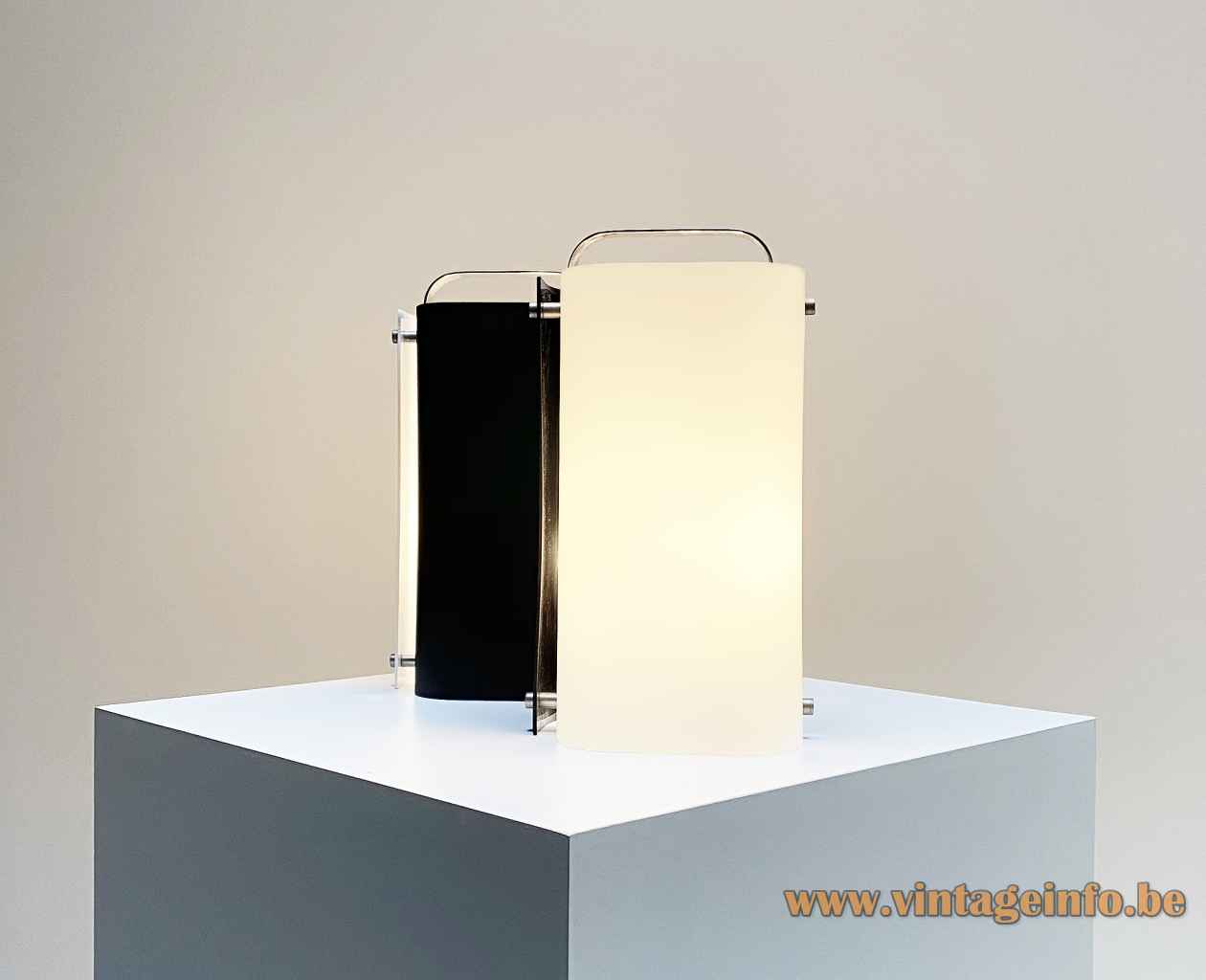 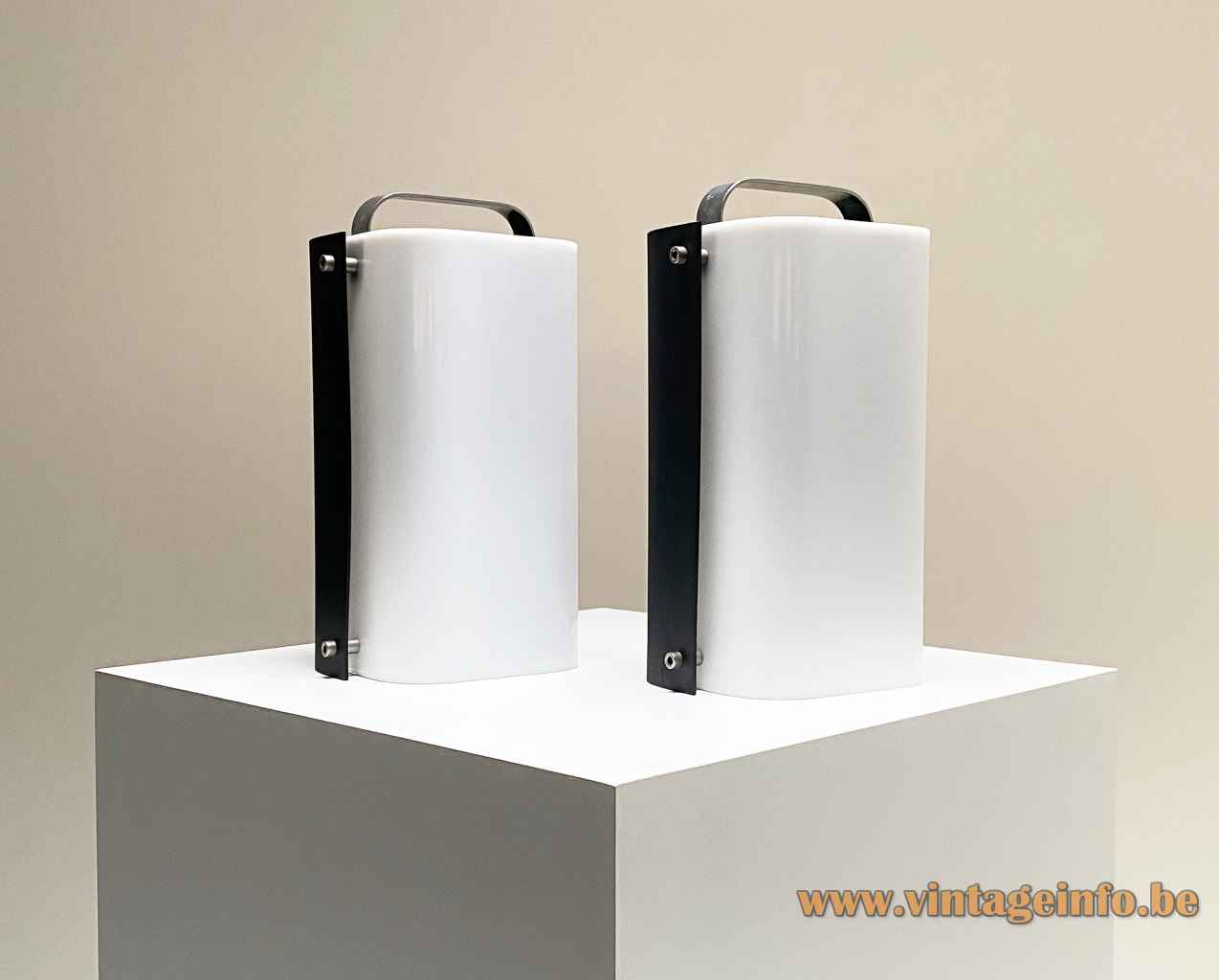 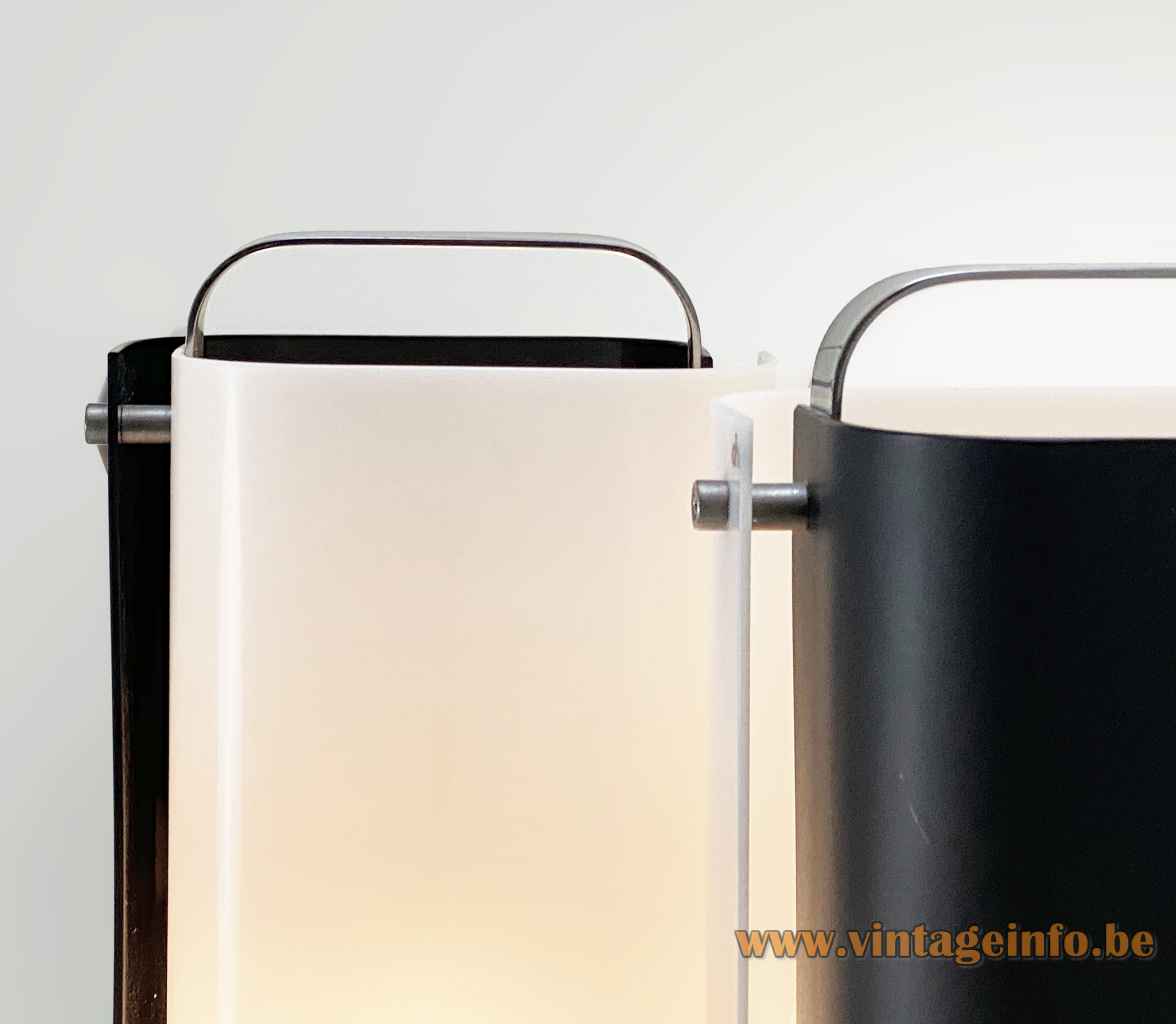 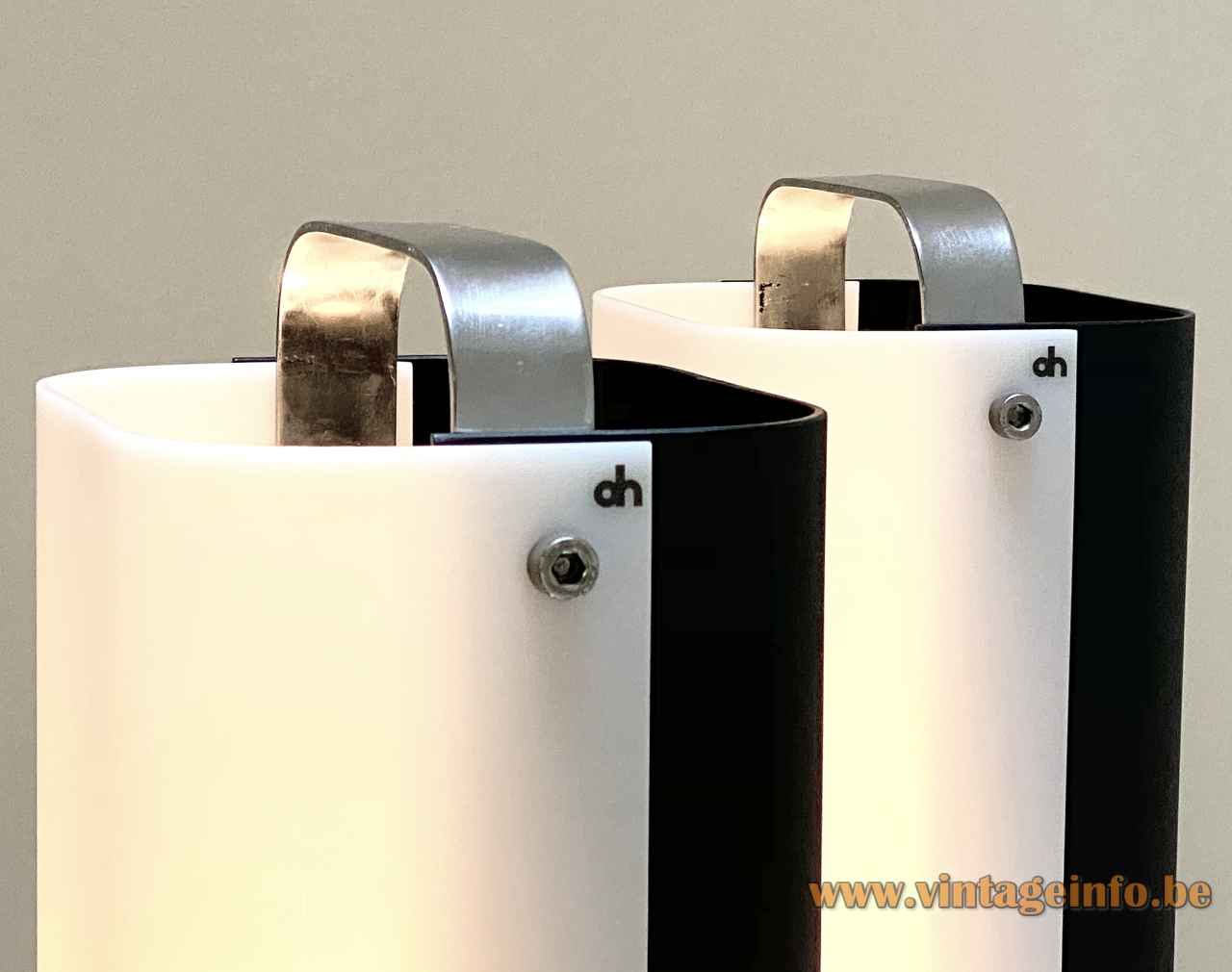 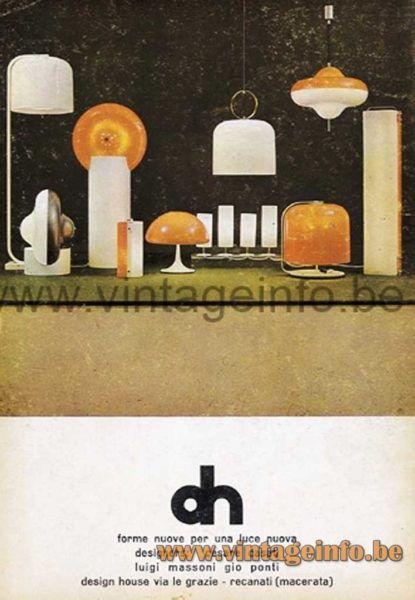 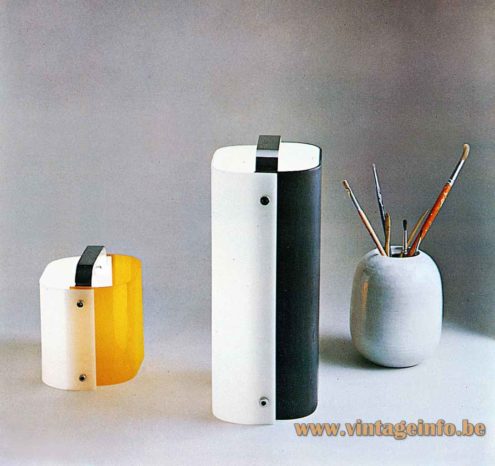 Many thanks to Hans from Objeta for the beautiful pictures and enthusiasm.

Other versions: The Gio Ponti Polsino table lamp exists in 3 sizes. The floor lamp is 115 cm / 45.27” high. The smaller version is 18 cm high. Made in several colours and also made with 2 acrylic shells.

These lamps were released under the Design House label. It was used for a short time by Harvey Guzzini in the late 1960s, early 1970s.  Also a store was opened in 1969 in the center of Milan under the name Harvey Guzzini-DH.

Gio Ponti graduated with a degree in architecture in 1921 from the Politecnico di Milano (Polytechnic University of Milan). In the same year he married Giulia Vimercati. Together they had four children.

He started designing furniture and lighting in 1930 for the famous Italian glassmaker Fontana. Gio Ponti became the artistic director of the branch FontanaArte in 1933, together with Pietro Chiesa.

A complete biography can be found on his website and a shorter version on Wikipedia. 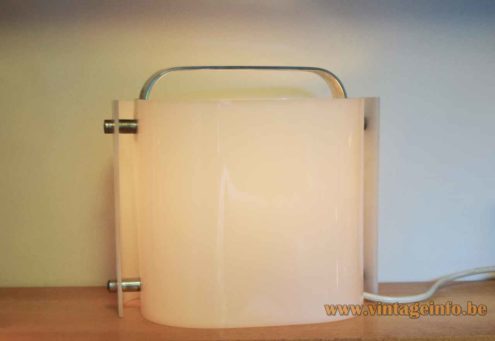