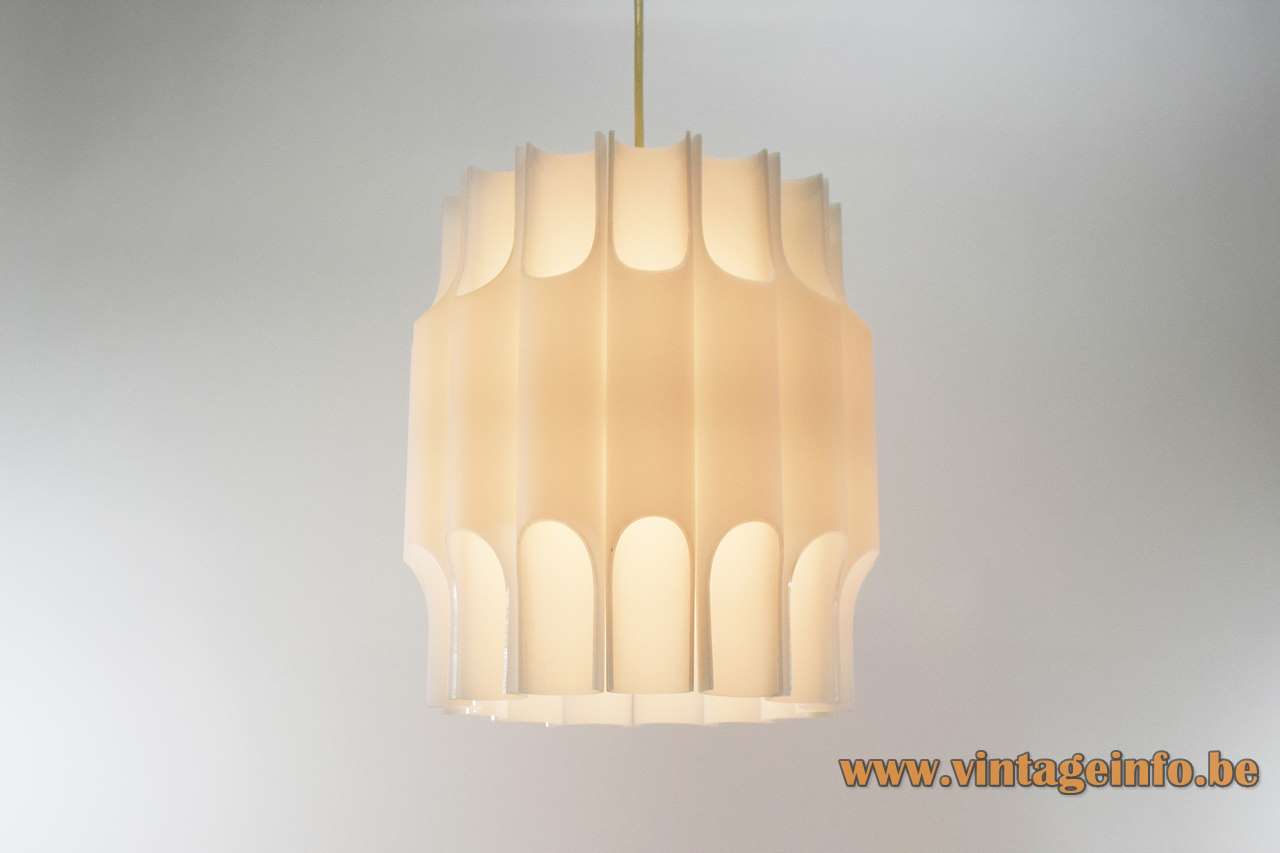 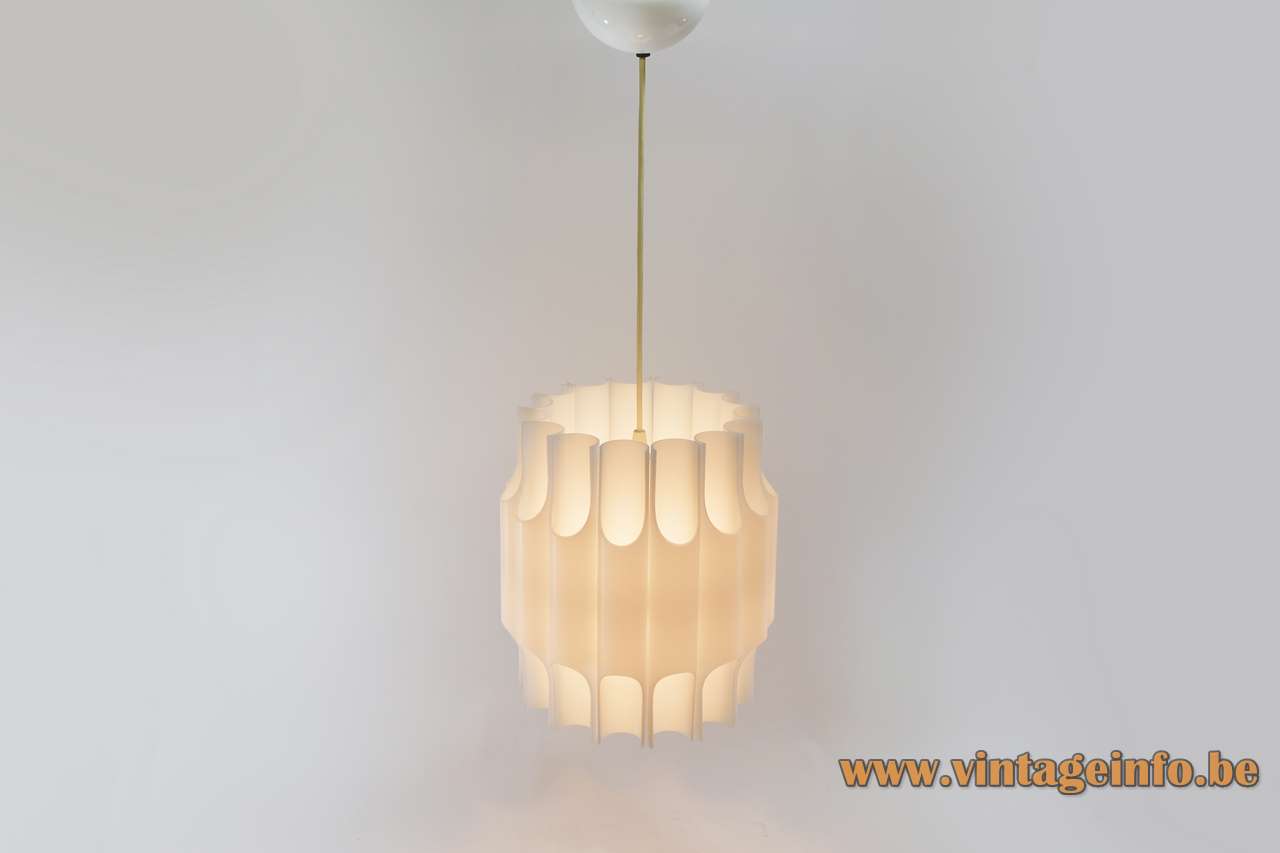 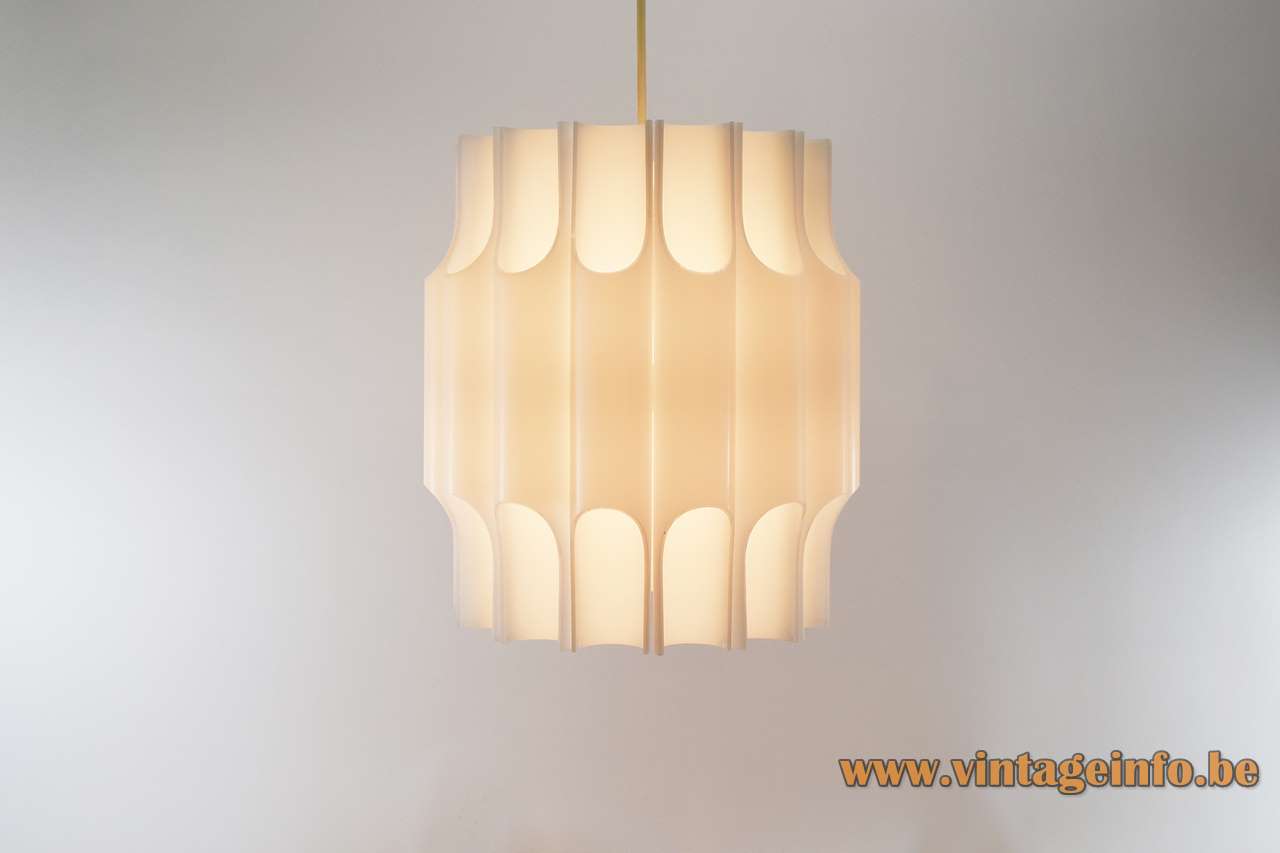 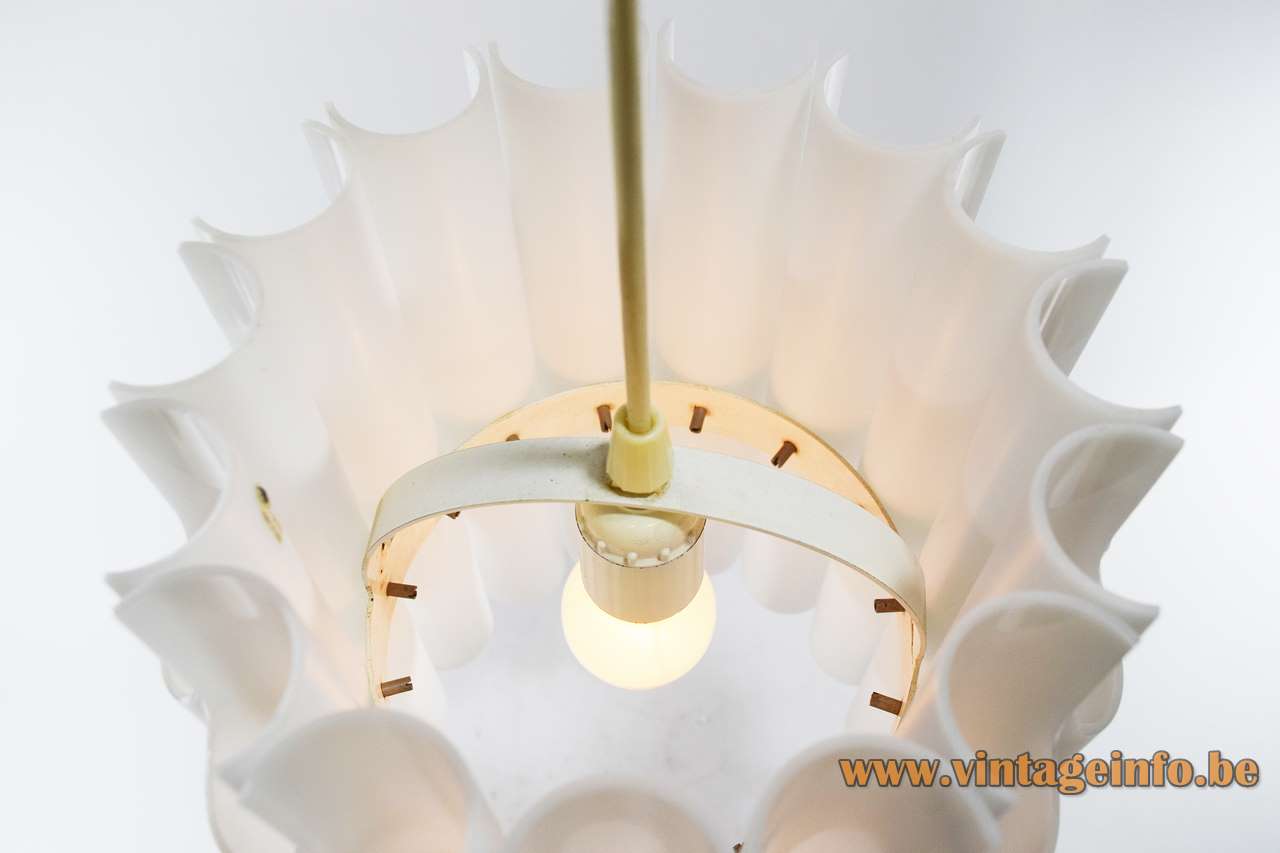 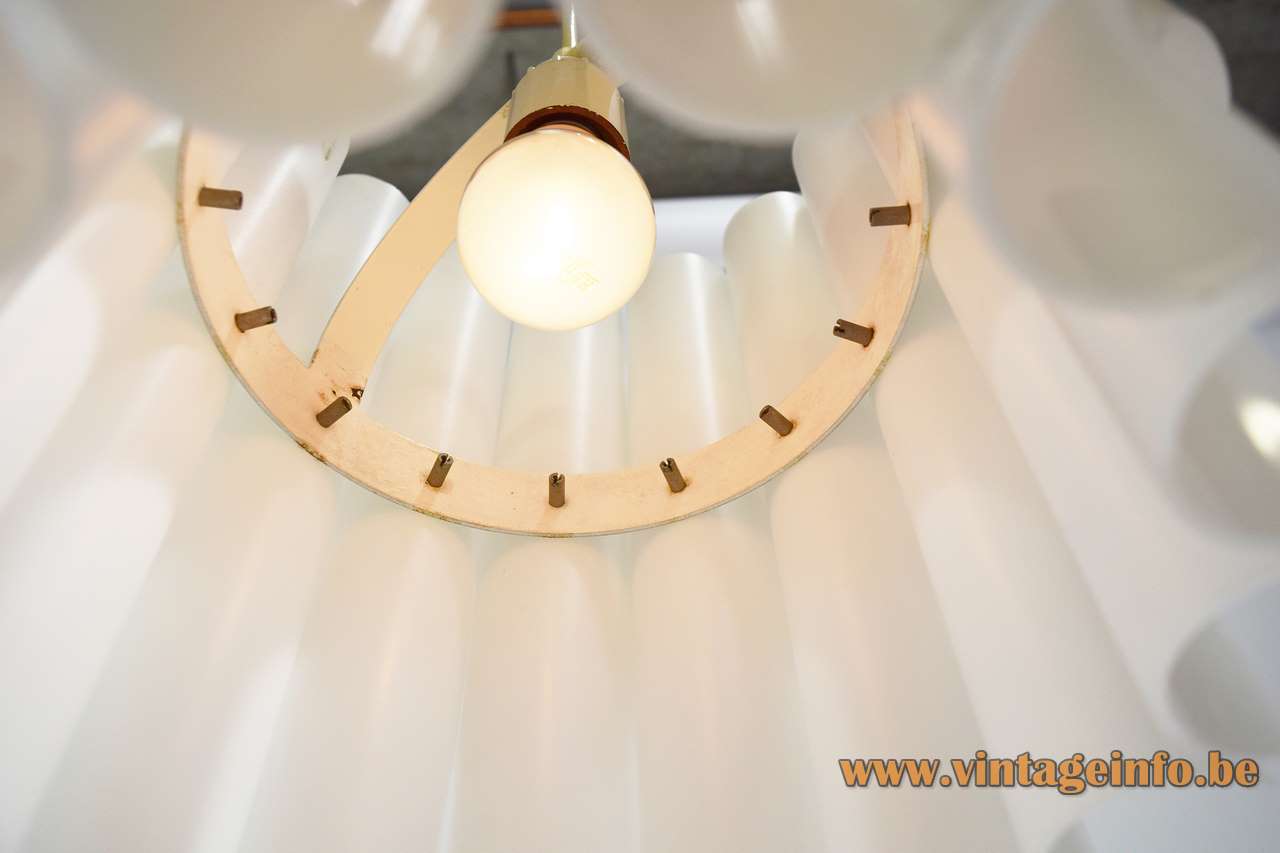 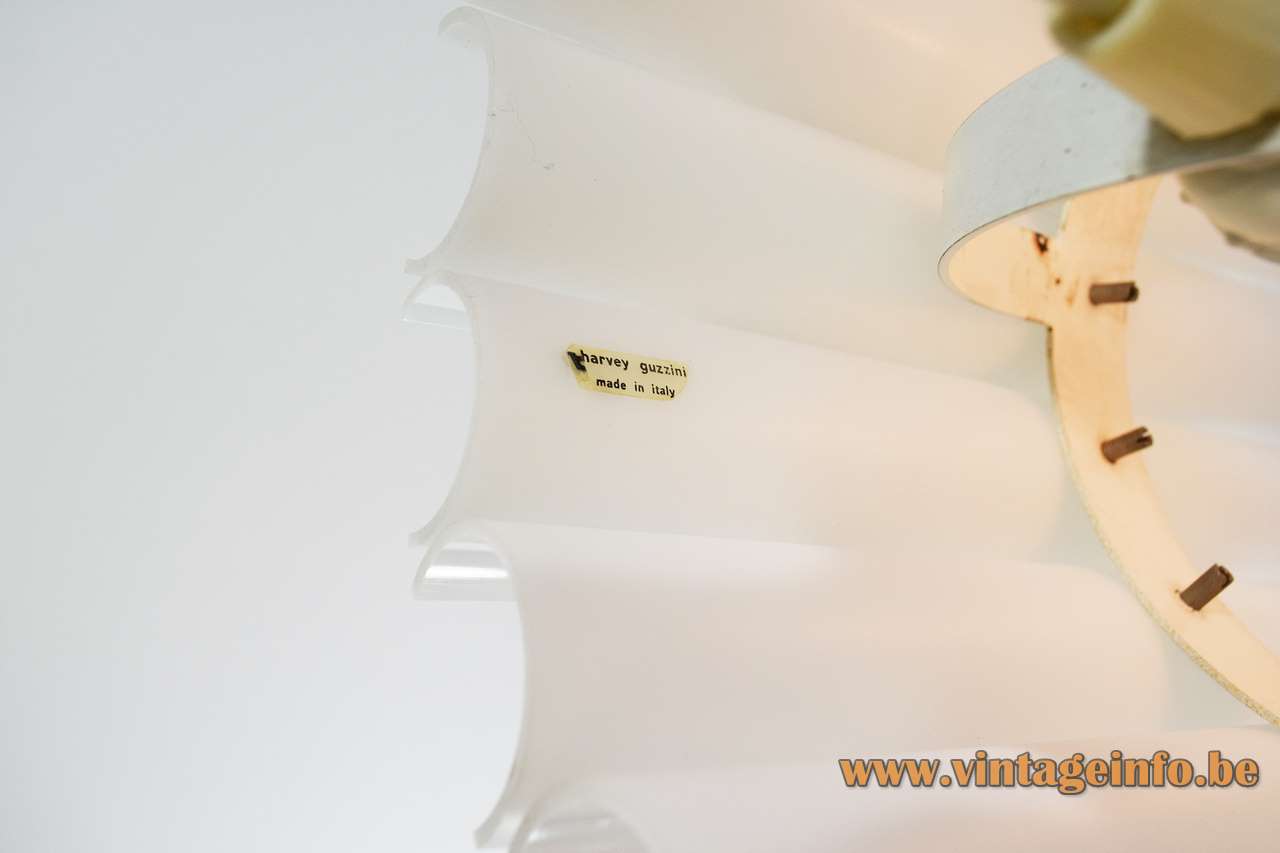 Teulada is a commune in the south of Sardinia, an Italian island. It is the second-largest island in the Mediterranean Sea after Sicily. The name also exists in Spain. It is a small coastal town on the Costa Blanca, in between Alicante and Valencia.

Other versions: The Harvey Guzzini Teulada pendant lamp exists in many versions. A pendant lamp with a double row of organ pipe tubes was also made. Wall lamps and table lamps were also produced.

The Teulada pendant lamp was also sold by MEBLO. They named it Night.

The Harvey Guzzini Teulada pendant lamp is reminiscent of the Raak Fuga wall lamp designed by Maija Liisa Komulainen in the 1950s. Several other companies made their versions of this design. The Danish Lyfa produced a similar pendant lamp as this Teulada, named Pan. It was a design by Bent Karlby and made in metal. He also designed a comparable lamp named Pantre in 1970. Several other companies produced similar lamps.

This Harvey Guzzini lamp was in production from 1968 until 1976.

Logo used between 1965 and 1977.  This logo was designed by Luigi Massoni.
The architect Massoni was invited to work with Harvey as the company’s art director, a move that gave further impetus to the idea of collaborating with designers.
Between 1967 and 1971, Ennio Lucini designed the catalogue for the DH (Design House) brand, under which lamps for home lighting were marketed.