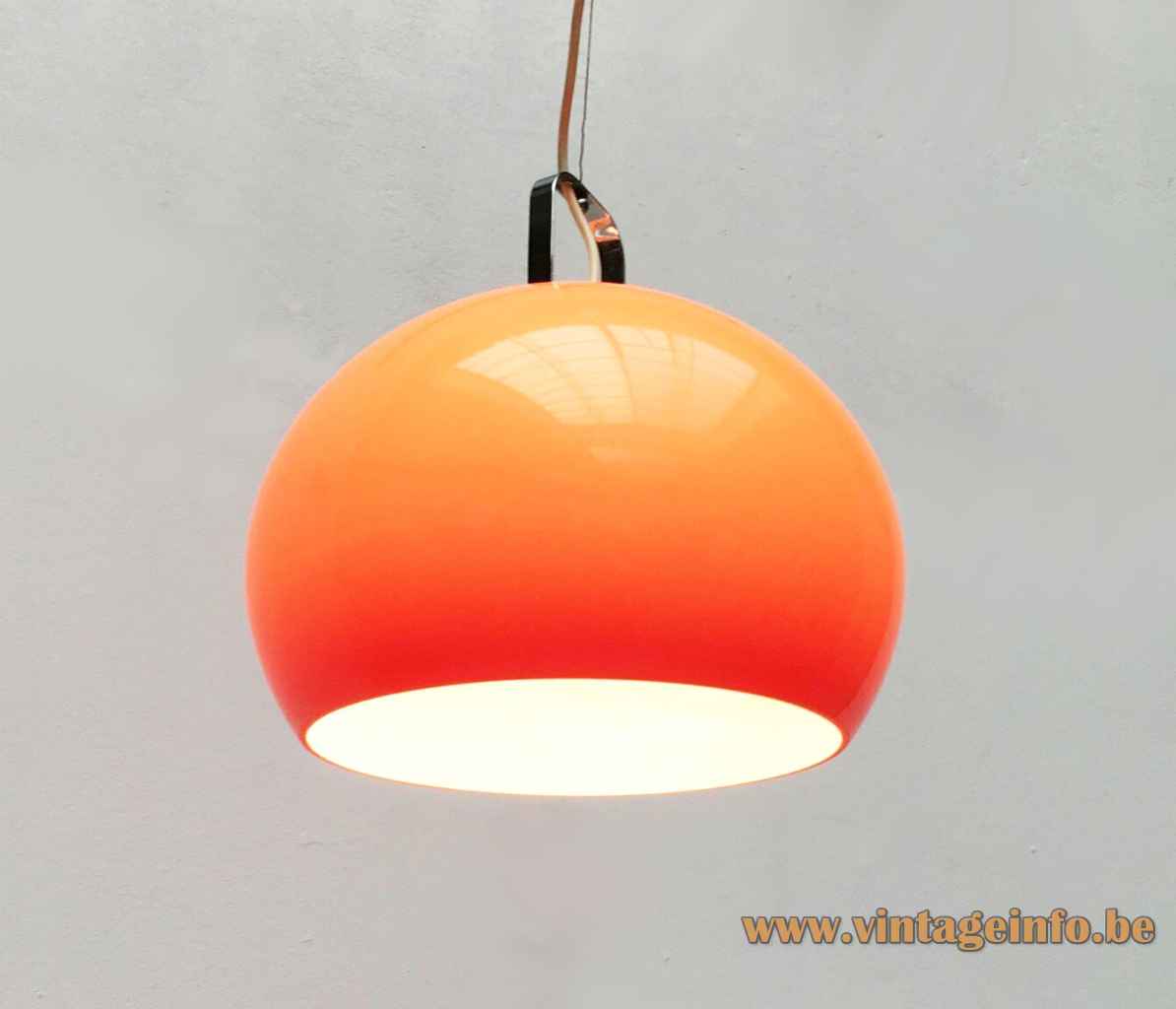 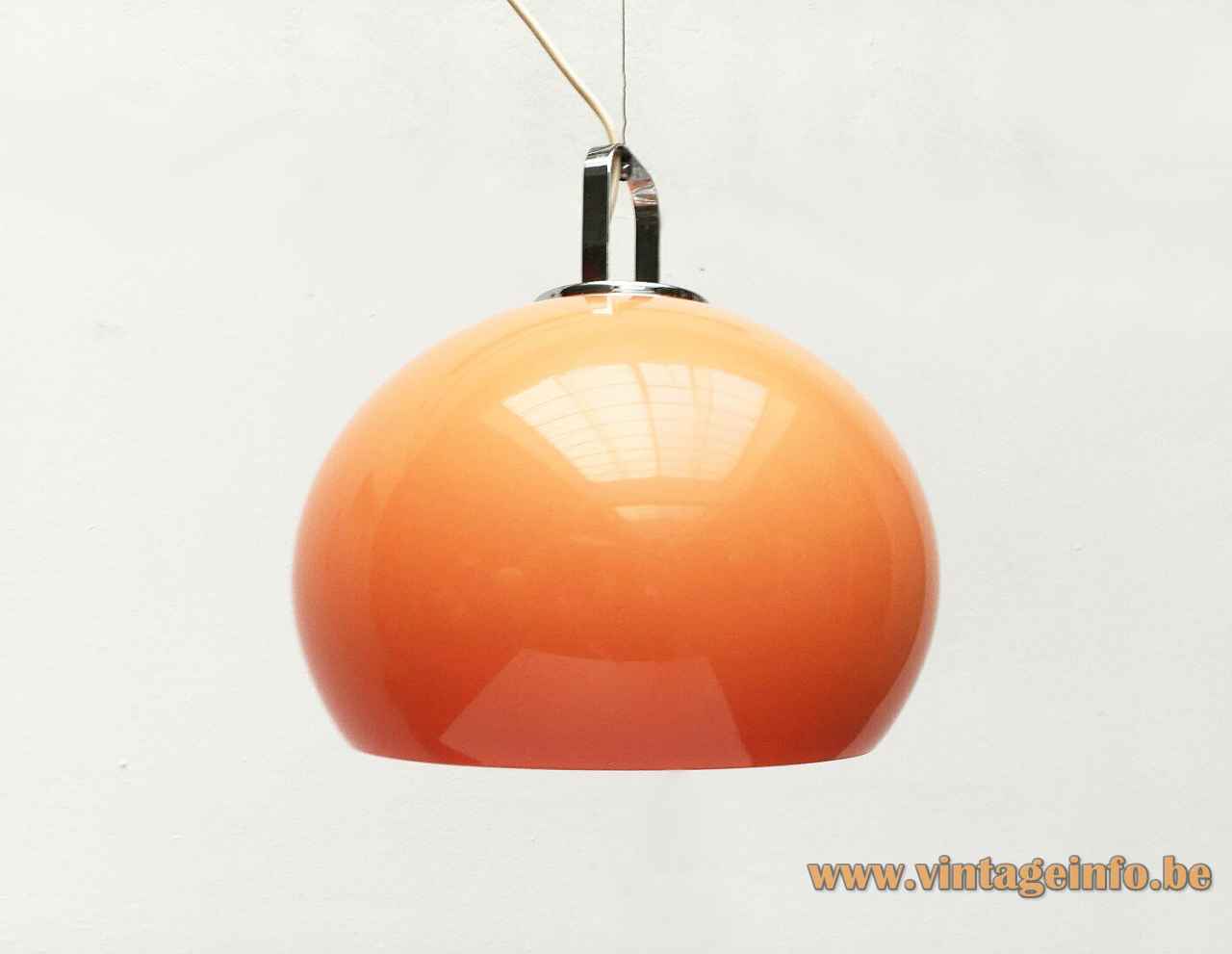 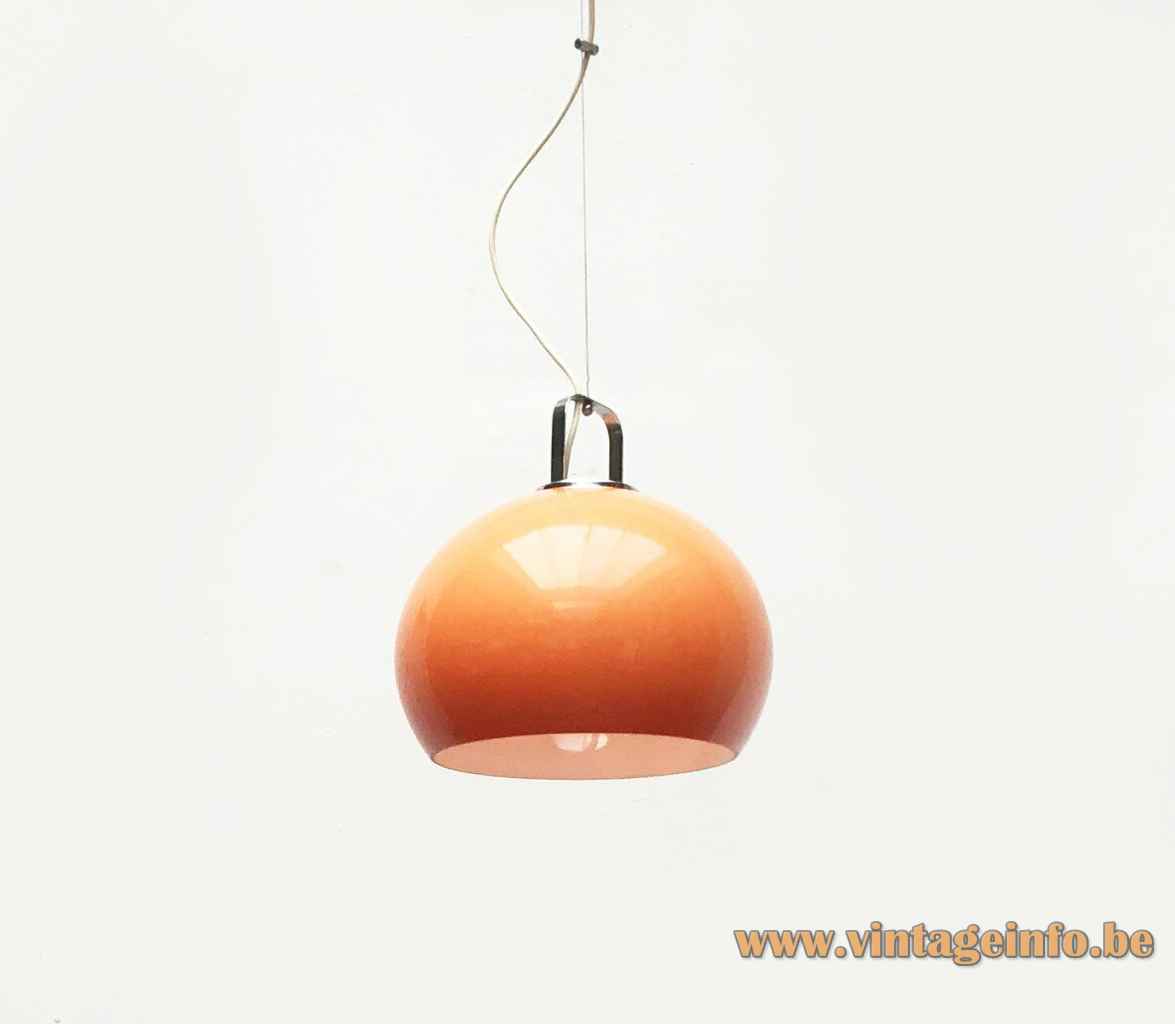 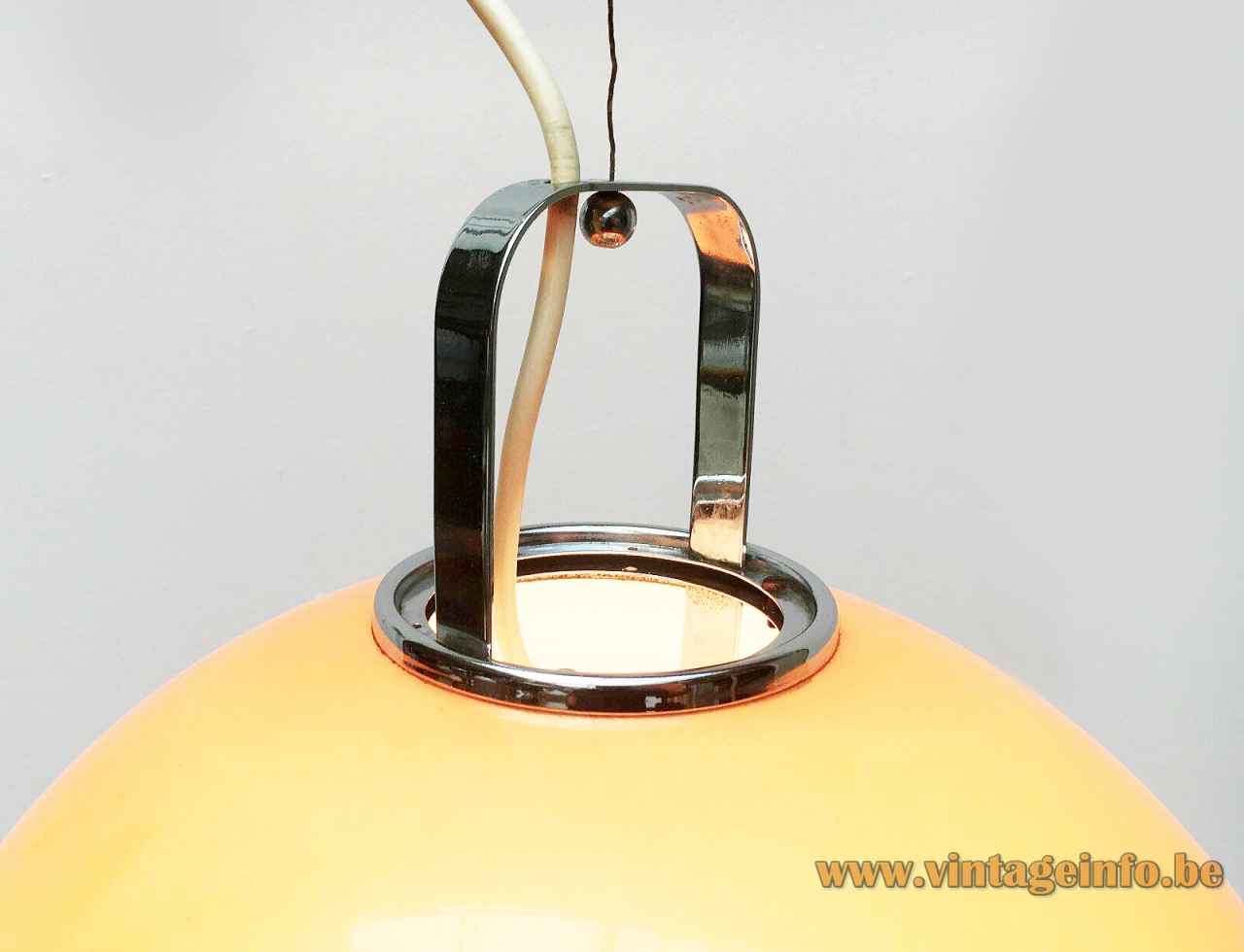 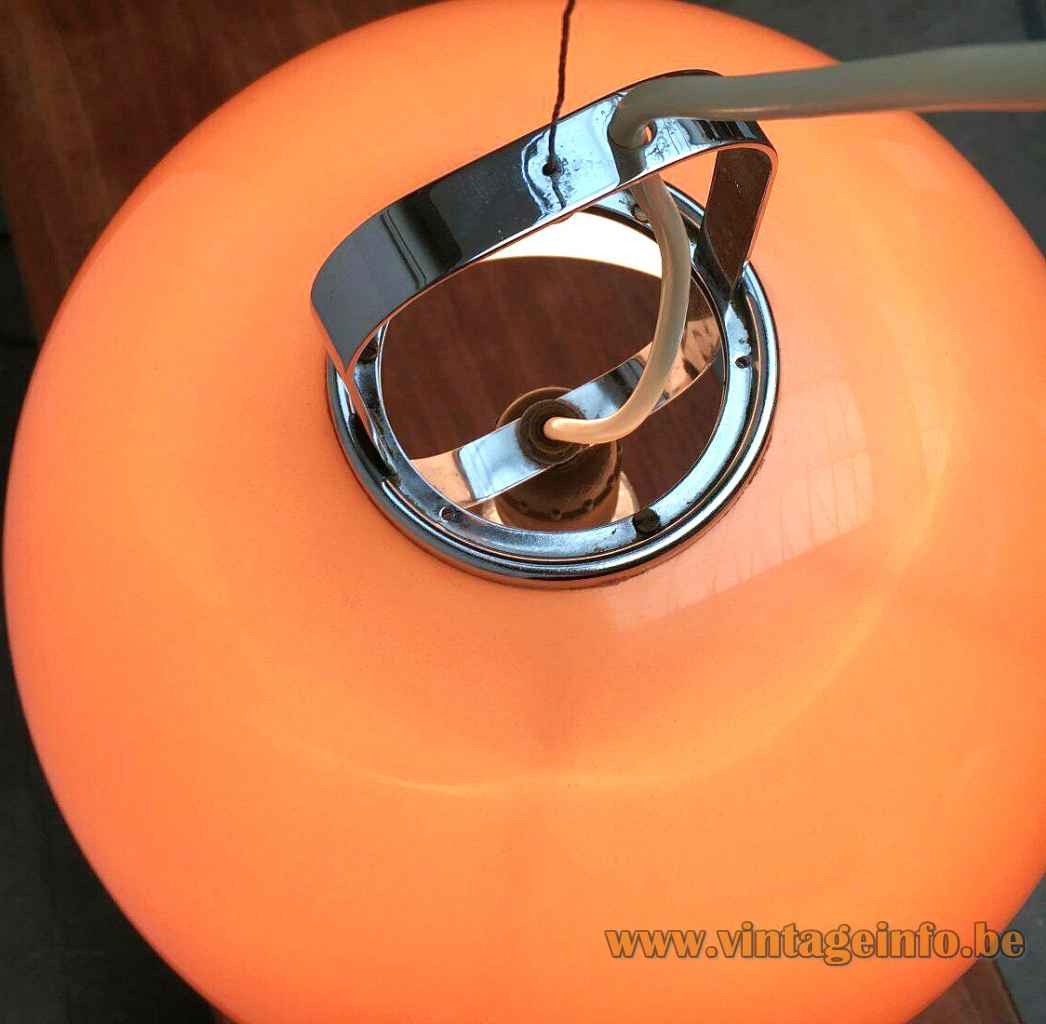 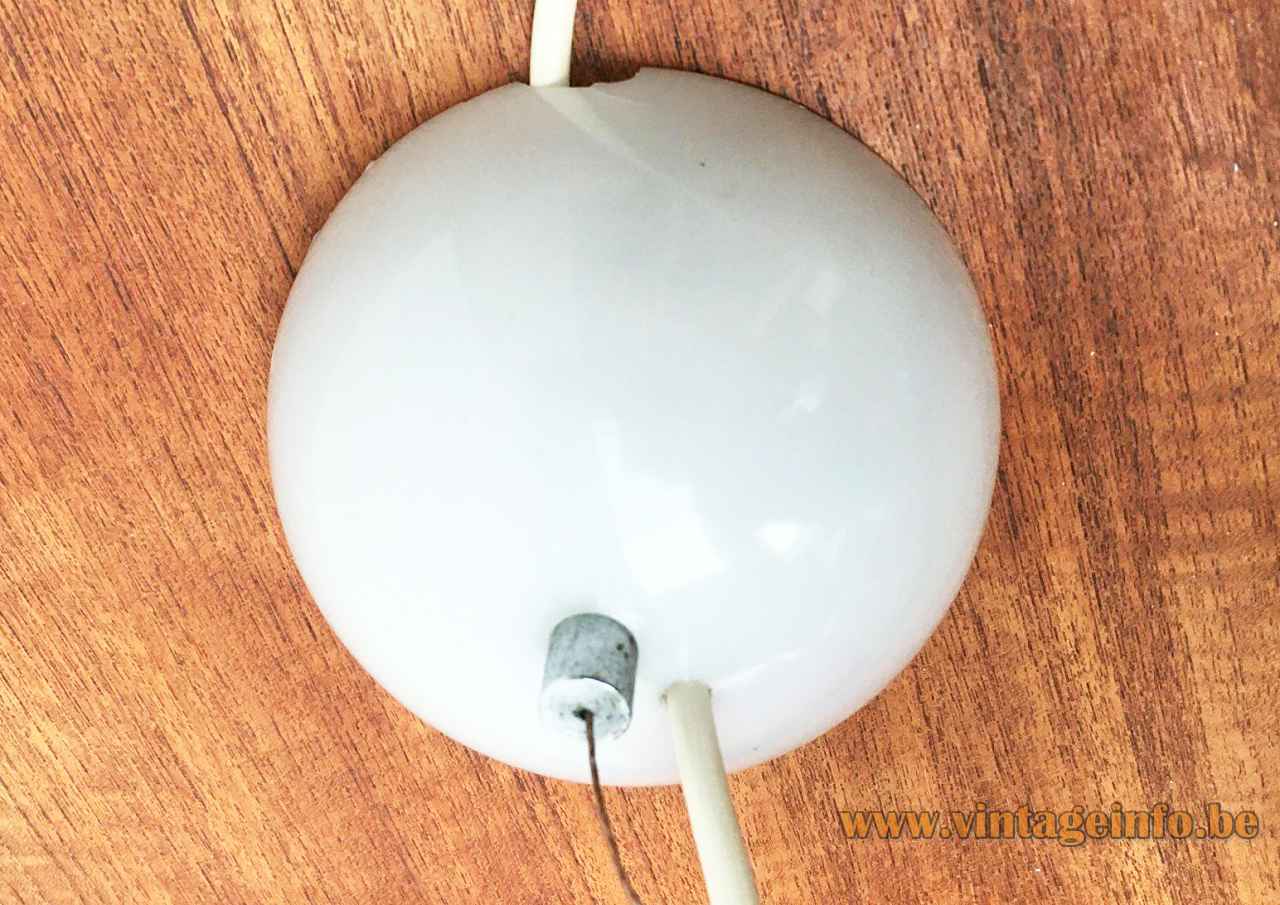 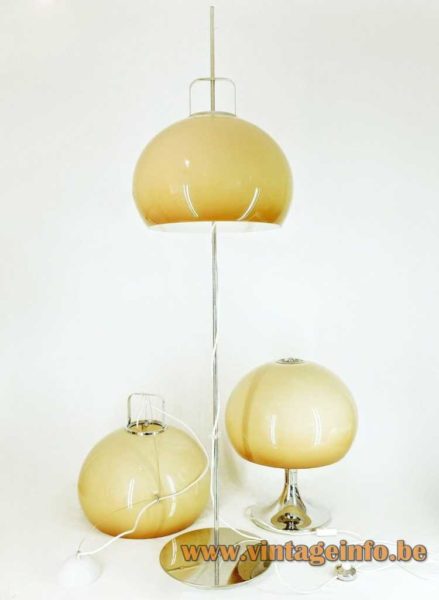 Other versions: The Harvey Guzzini Zurigo pendant lamp exists in 2 sizes and several colours. Other lamps were made with the same chrome handle/arc on top, but they all have different names. The floor lamp is named Lucerna, you can find it over here.

The Zurigo was also made with a chrome ring and a white acrylic diffuser below. Exactly the same as the Bud. It is also labelled with a 3010 label.

Often famous designers are linked to this lamp, but it is a design of the internal design team of the company. At that time led by Luigi Massoni.

These lamp series were also sold by Meblo. Meblo is a Croatian (Yugoslavian at that time) company that sold products from Harvey Guzzini. Meblo still exists.

The Belgian company Massive made a copy of the floor lamp. You can find it over here. Also Stilux from Milan made a copy. It has a thin translucent acrylic lampshade and a switch inside.