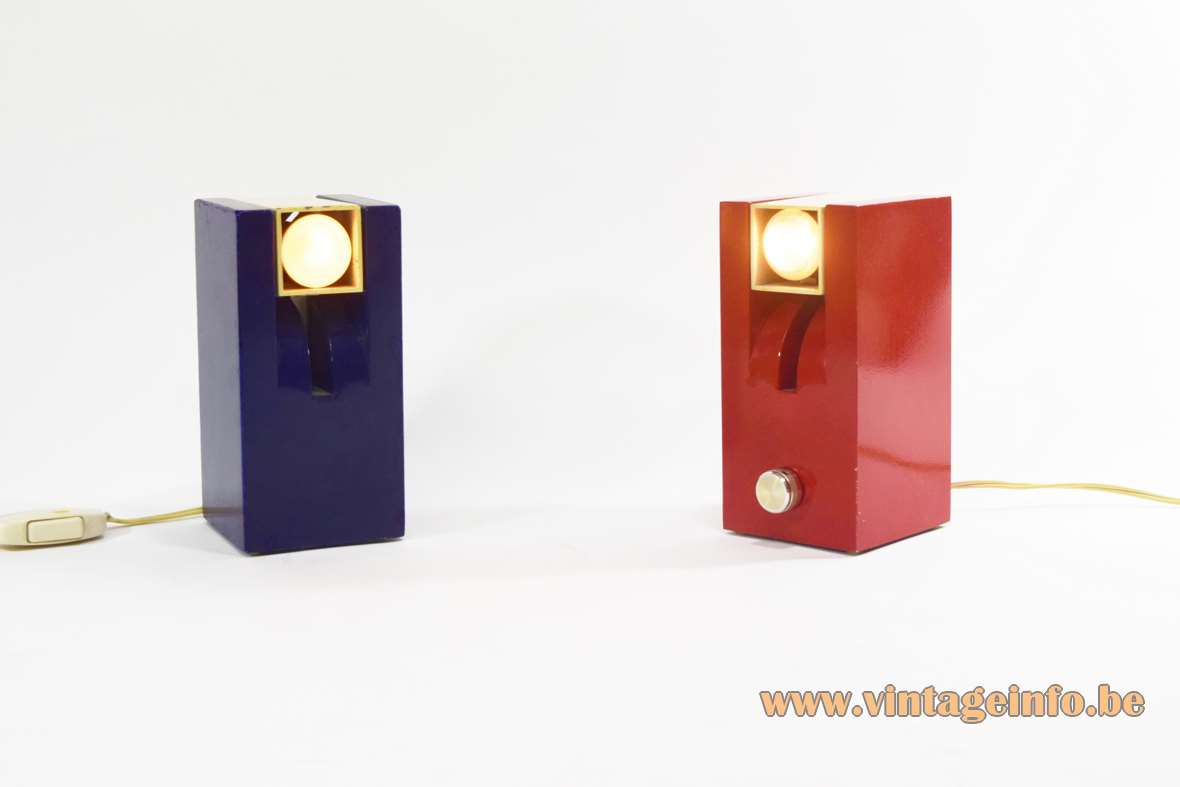 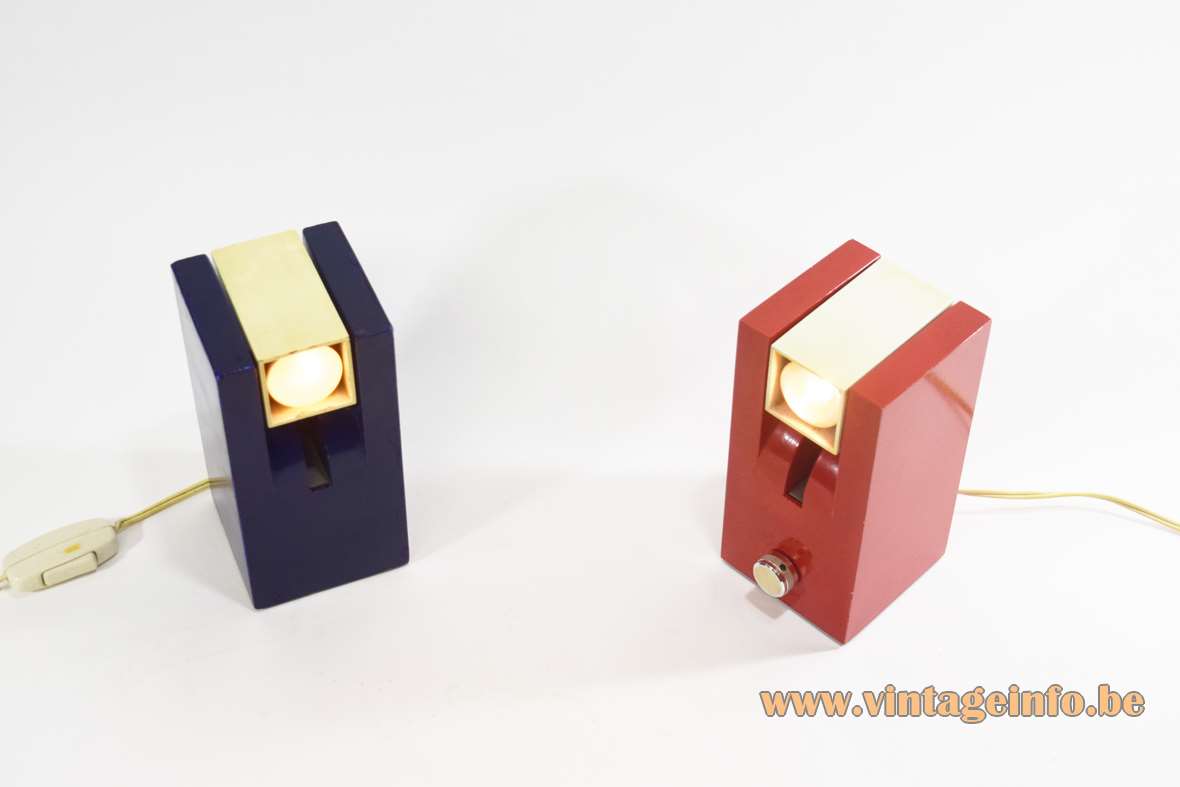 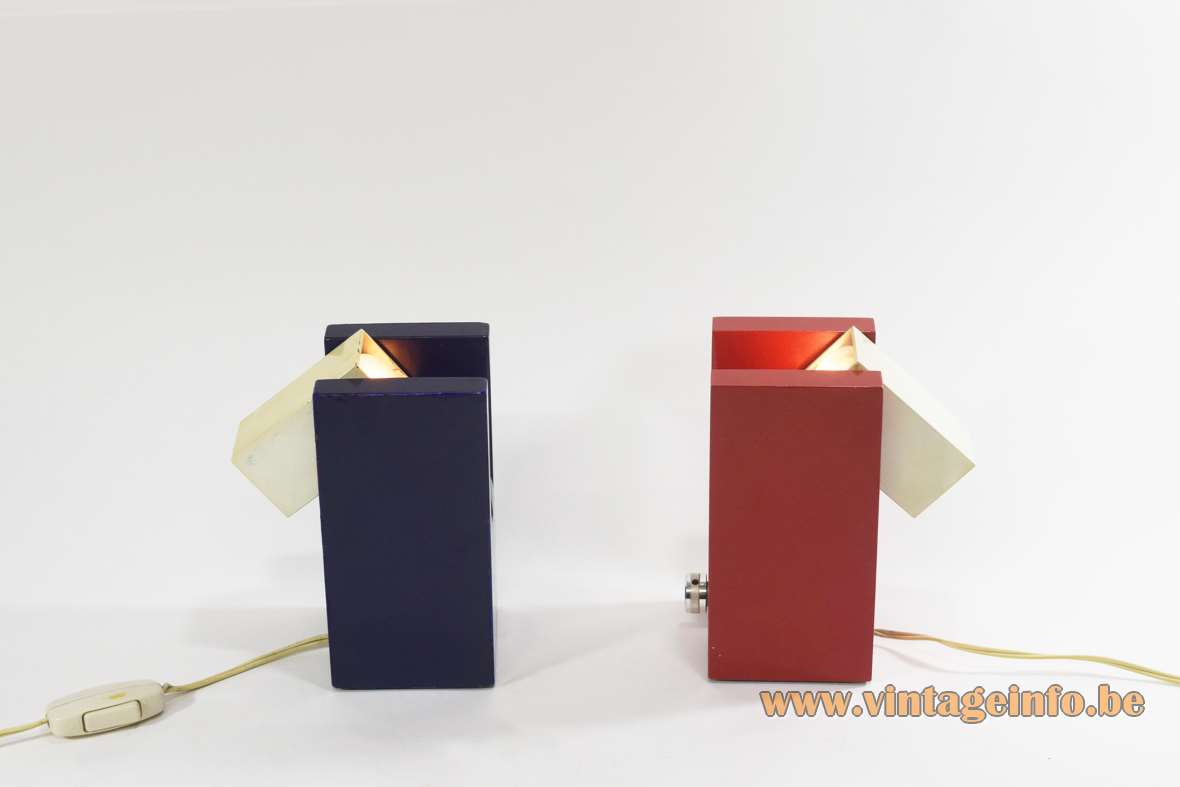 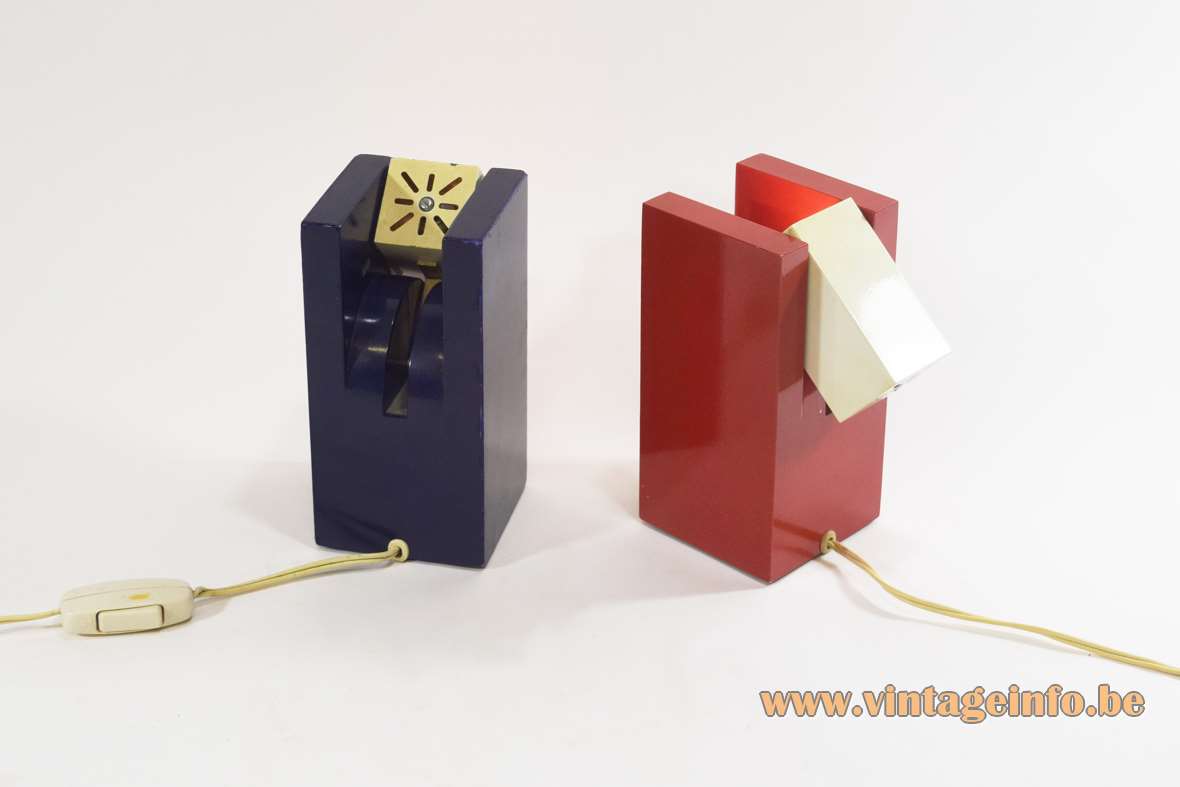 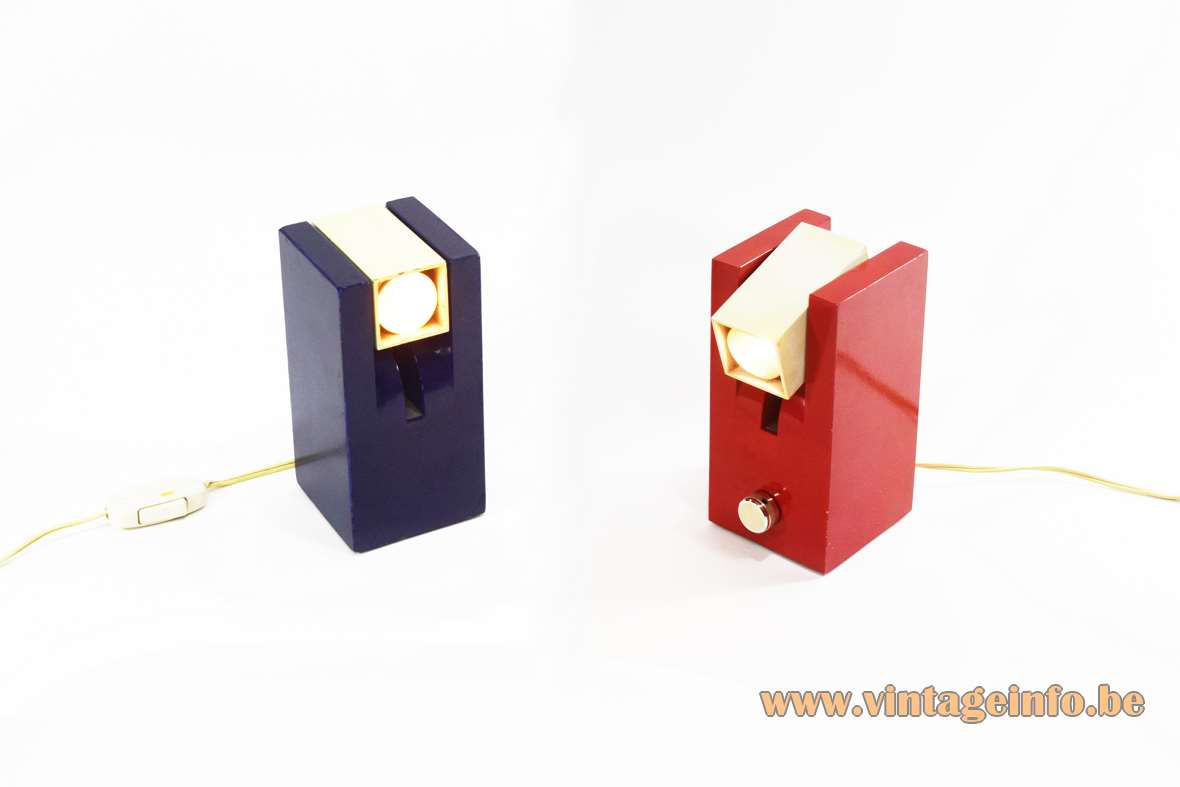 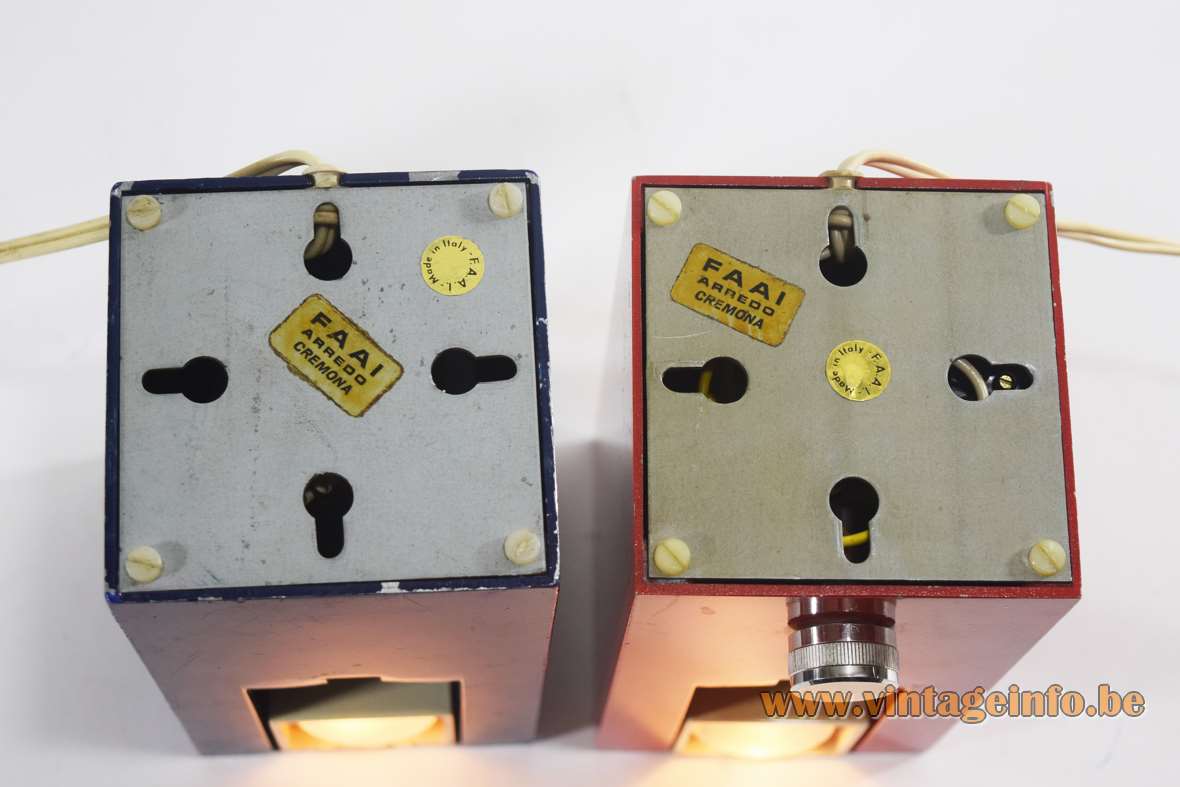 The F.A.A.I. Arredo Prisma table lamps in the Fase catalogue. 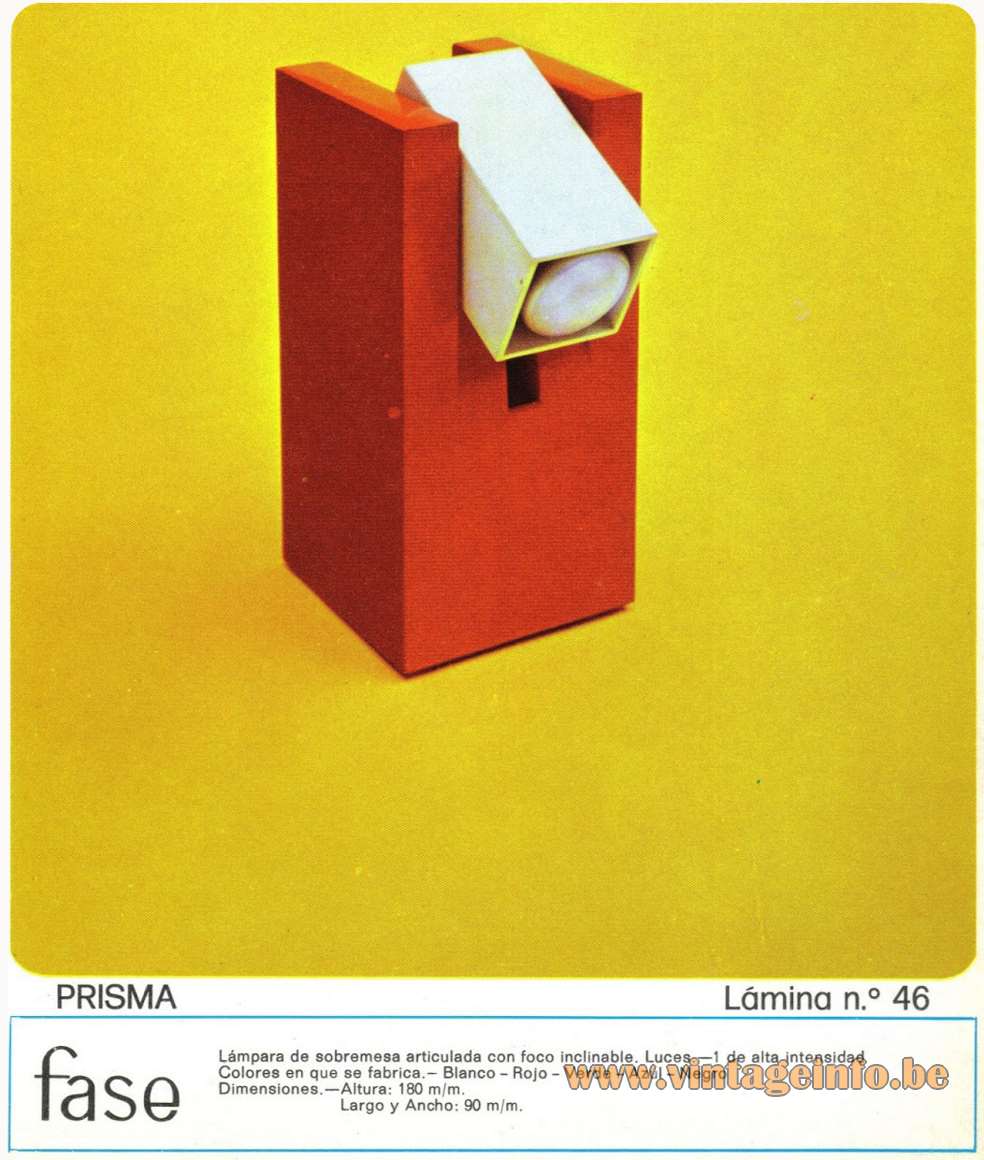 Other versions: These geometric, cuboid/beam F.A.A.I. Arredo Prisma table lamps were made in many colours. These lamps have 4 recesses to hang them on the wall.

Nothing to be found about F.A.A.I. Arredo. Arredo is the Italian word for furniture or decoration. F.A.A.I. Arredo must be long gone and it looks like they only produced these table or wall lamps.

Some people say that this lamp was designed by Meo Caffi. No proof to be found about this attribution. The lamps are labelled, fortunately, but only with a label FAAI Arredo Cremona and a label F.A.A.I. Made in Italy.

The only result for Meo Caffi is a “Chronicon antiquum” book from 1616 in Latin by Léon de Marsico. Meo is me and Caffi could be a name: Me Caffi. Other translations say “my coffee”.

The company also sold many lamps made by the German company Brilliant Leuchten and Massive from Belgium.