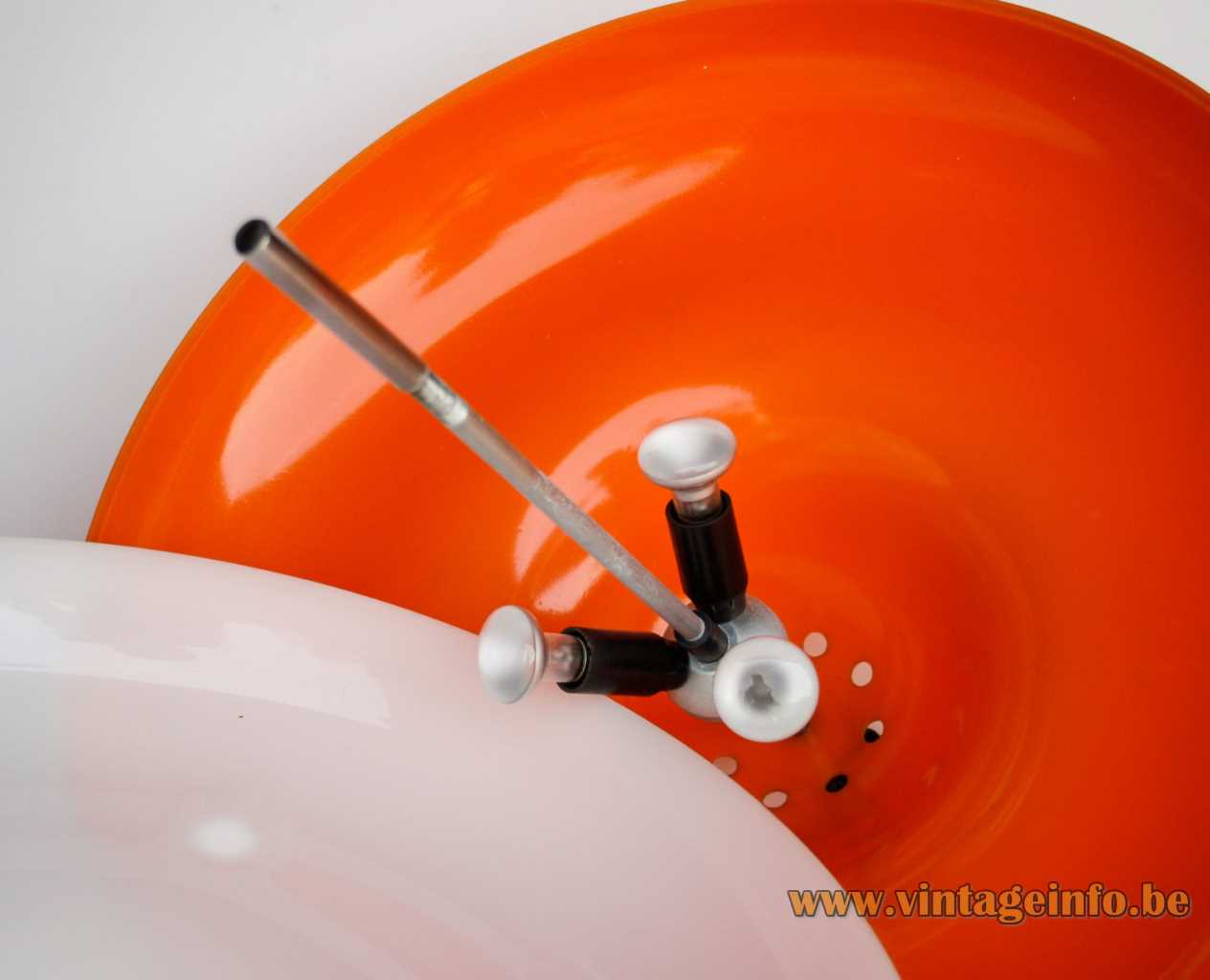 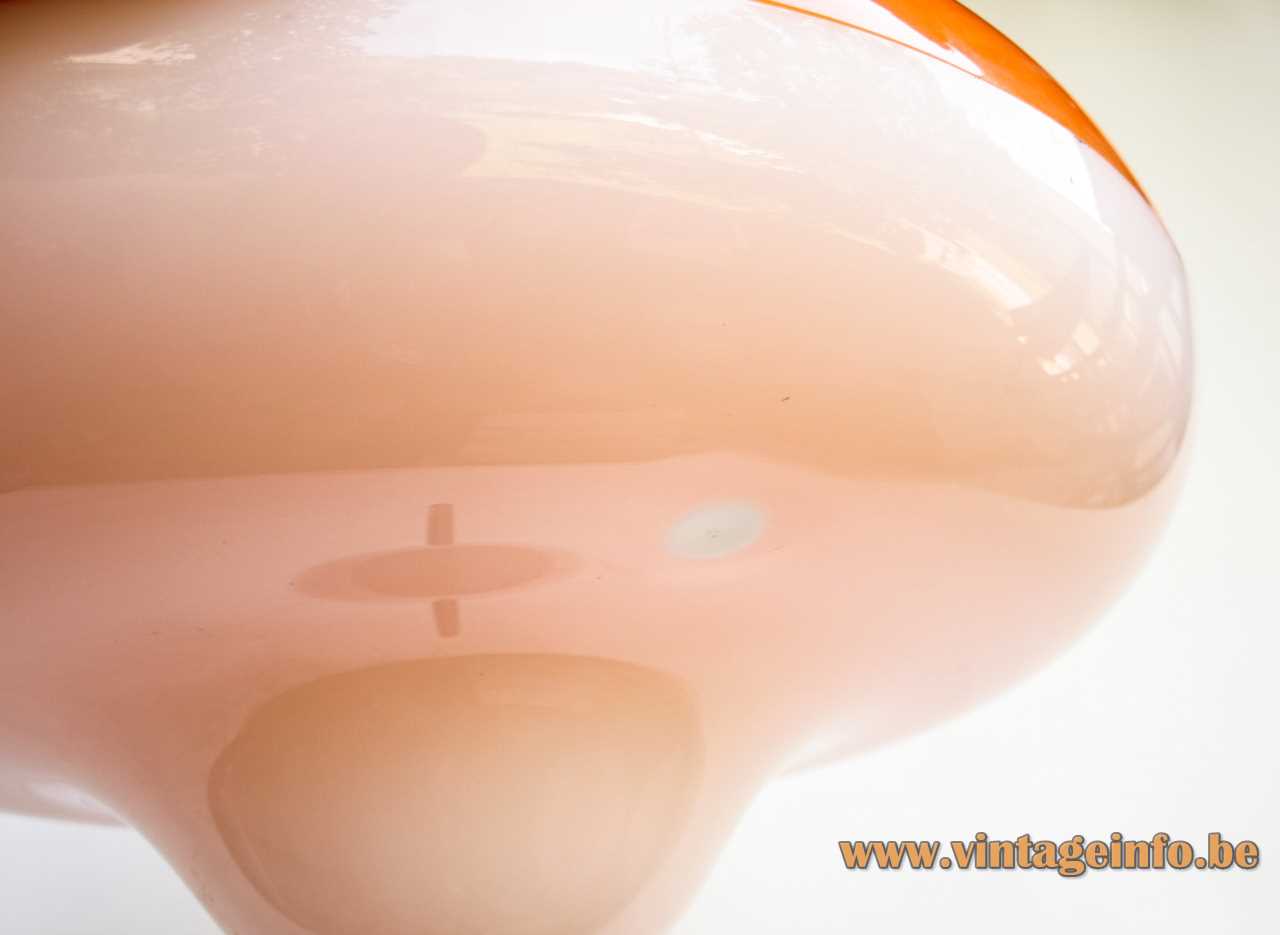 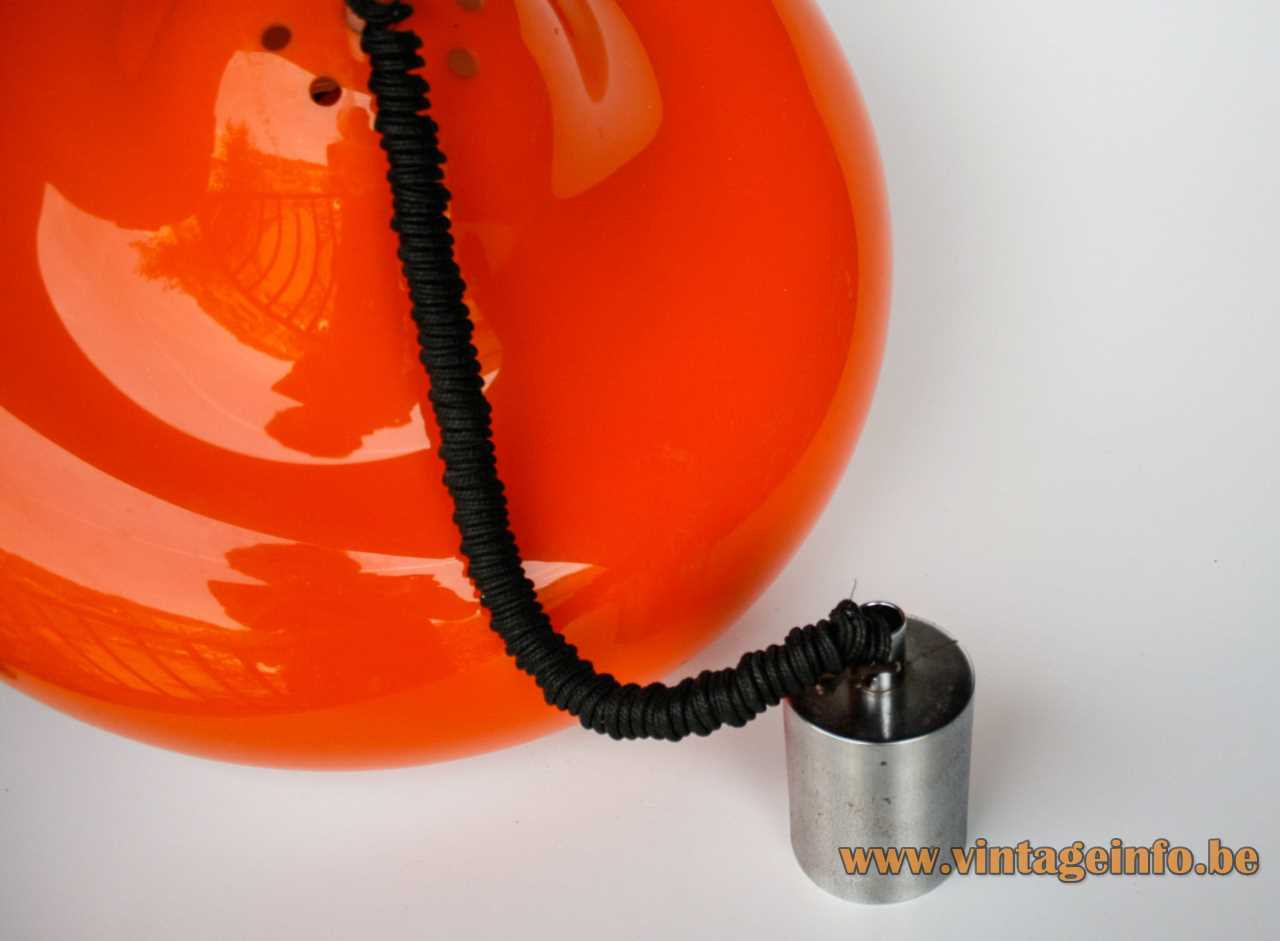 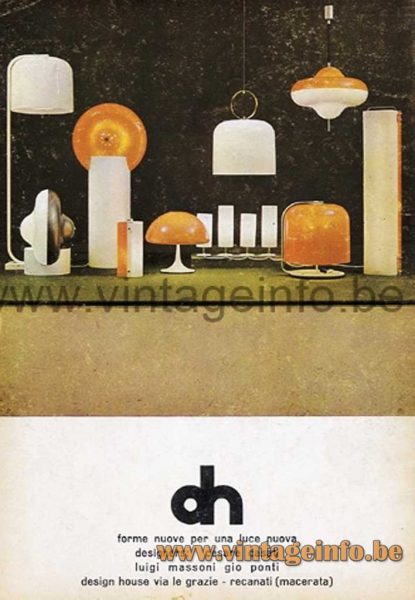 Other versions: The Design House Disco pendant lamp also exists in black & white. Probably also made in a few other colours. A table lamp and floor lamp with a round white ABS plastic base also exists, as you can see.

These lamps were released under the Design House label. It was used for a short time by Harvey Guzzini in the late 1960s, early 1970s.  Also a store was opened in 1969 in the center of Milan under the name Harvey Guzzini-DH.

Studio D.A. was founded by Cesare Maria Casati, born in 1936, and Carlo Emanuele Ponzio (1923 – 2015) in Milan, Italy. More information can be found over here, on Vintageinfo.

In some countries the Disco series were sold under the brand name MEBLO. MEBLO is a Slovenian (Yugoslavia) company. 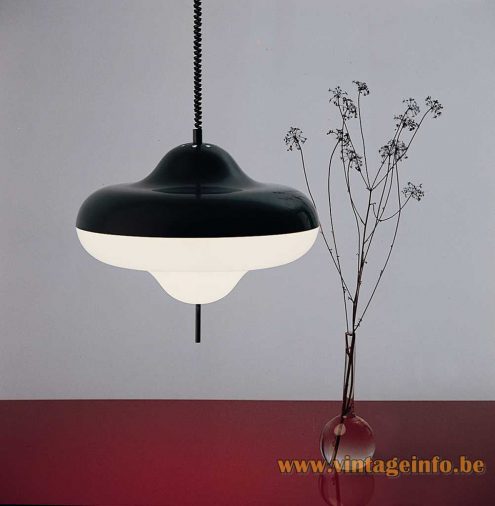 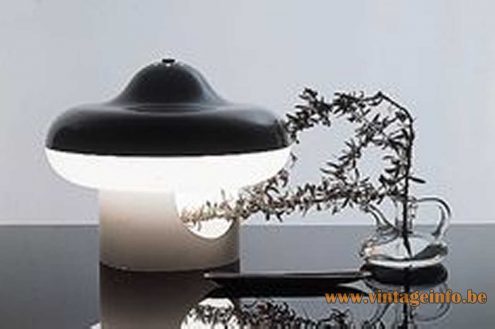 Many thanks to Urban of TheCuriousCaseShop for the photos and the enthusiasm. You can find his shop on Etsy over here.