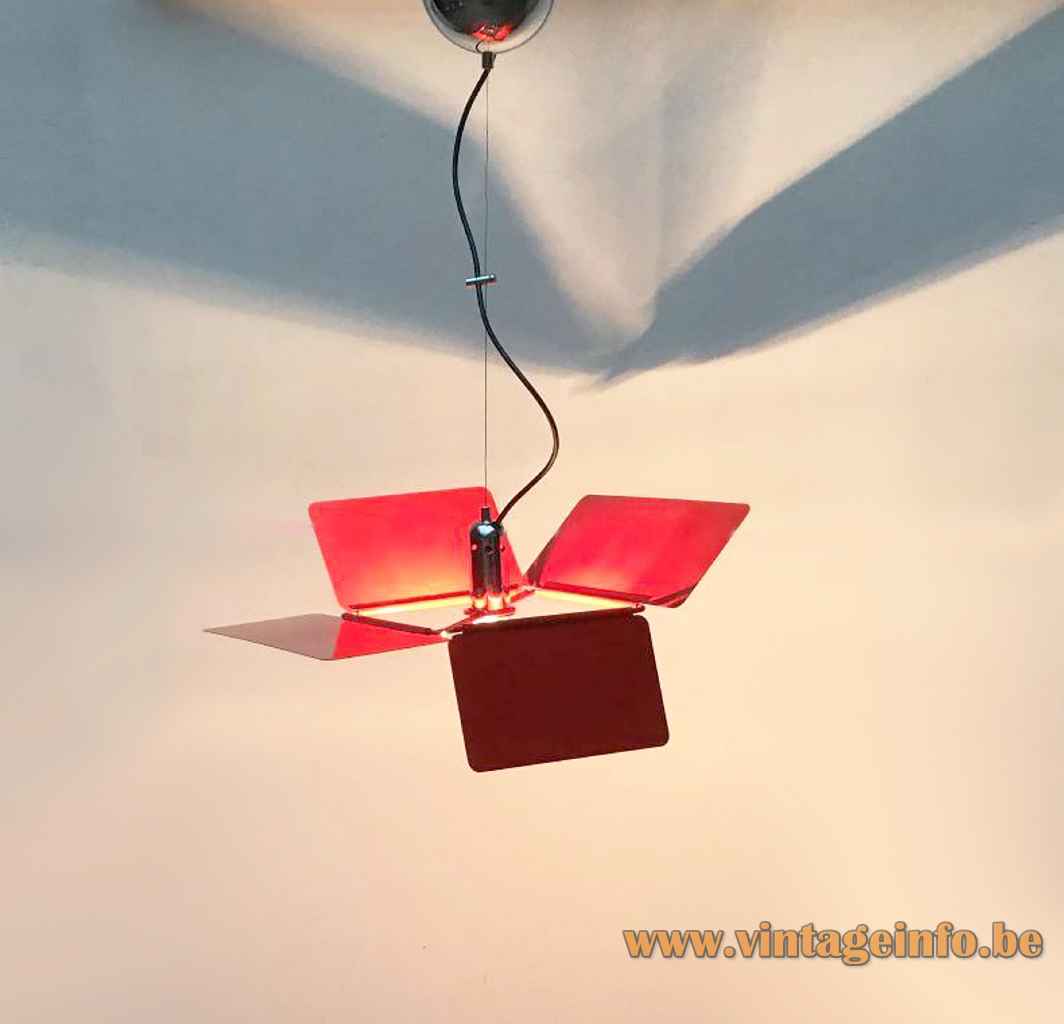 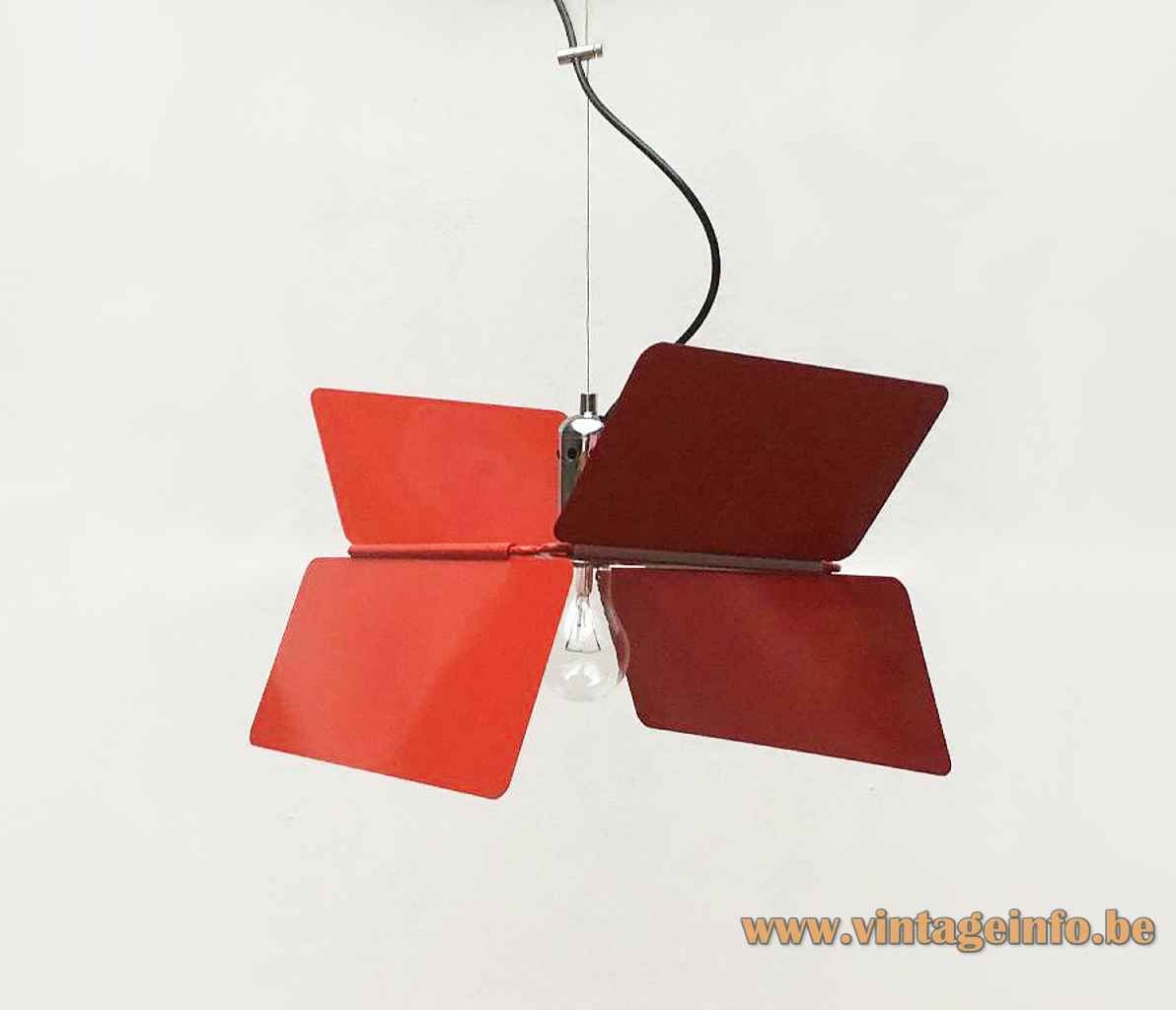 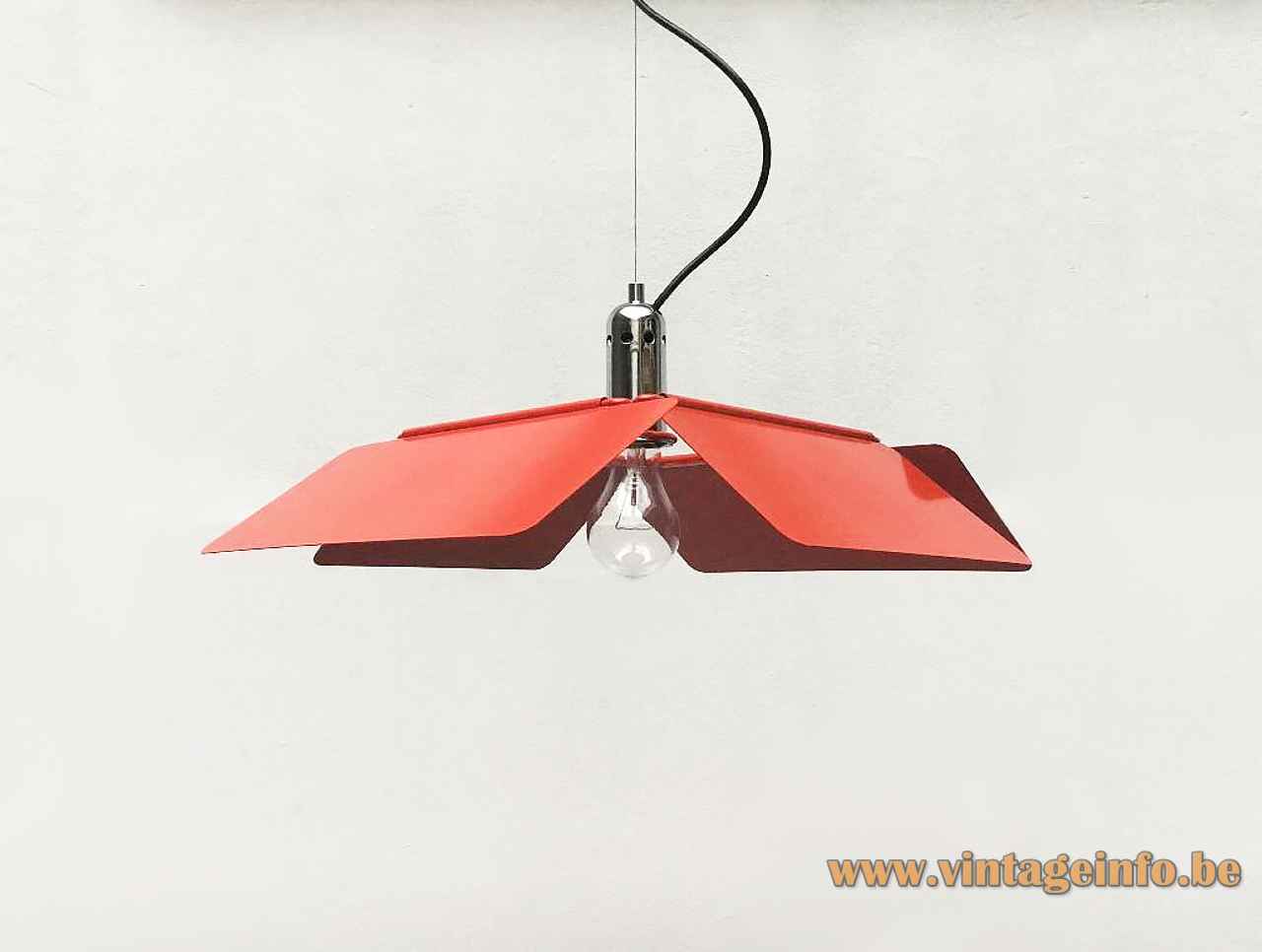 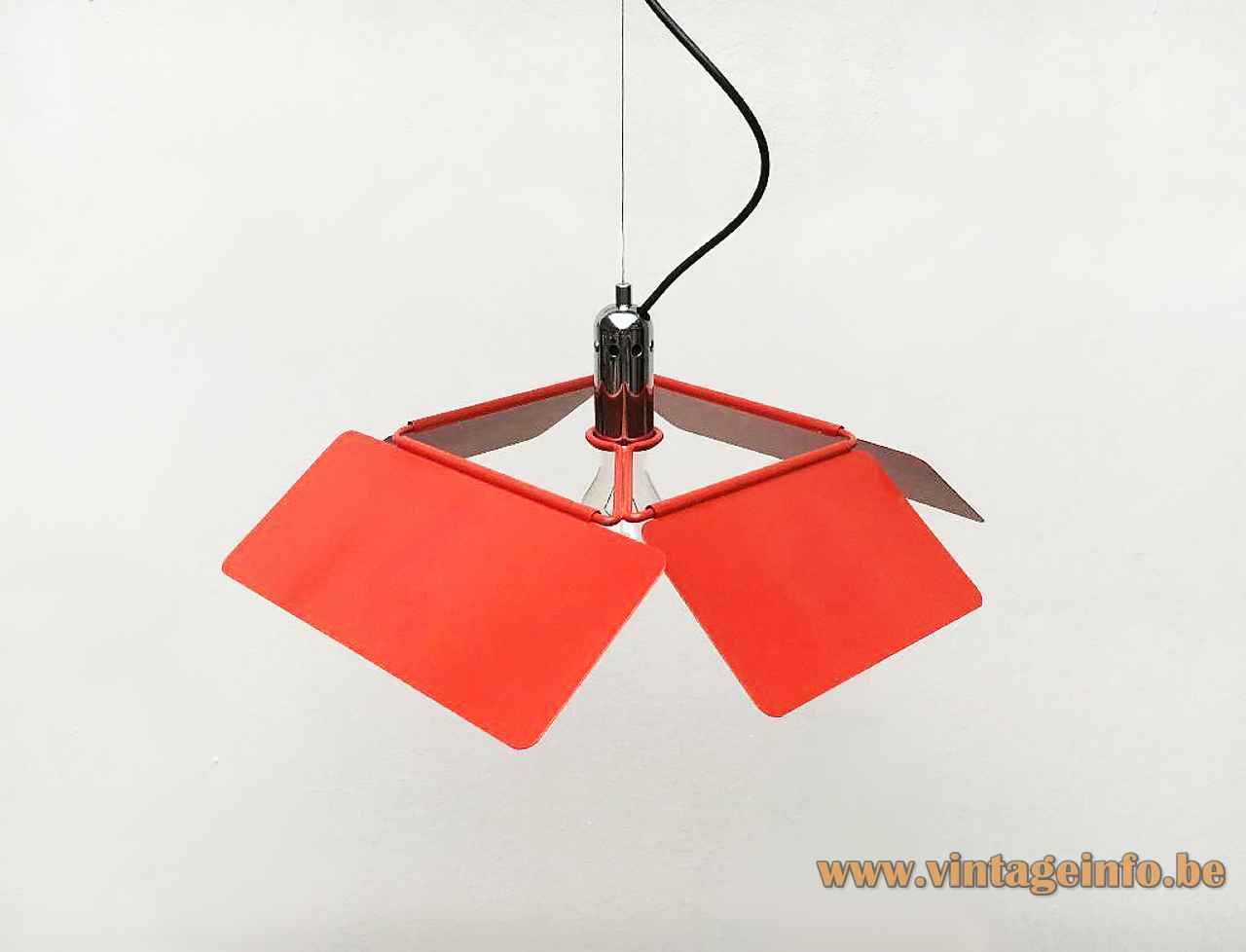 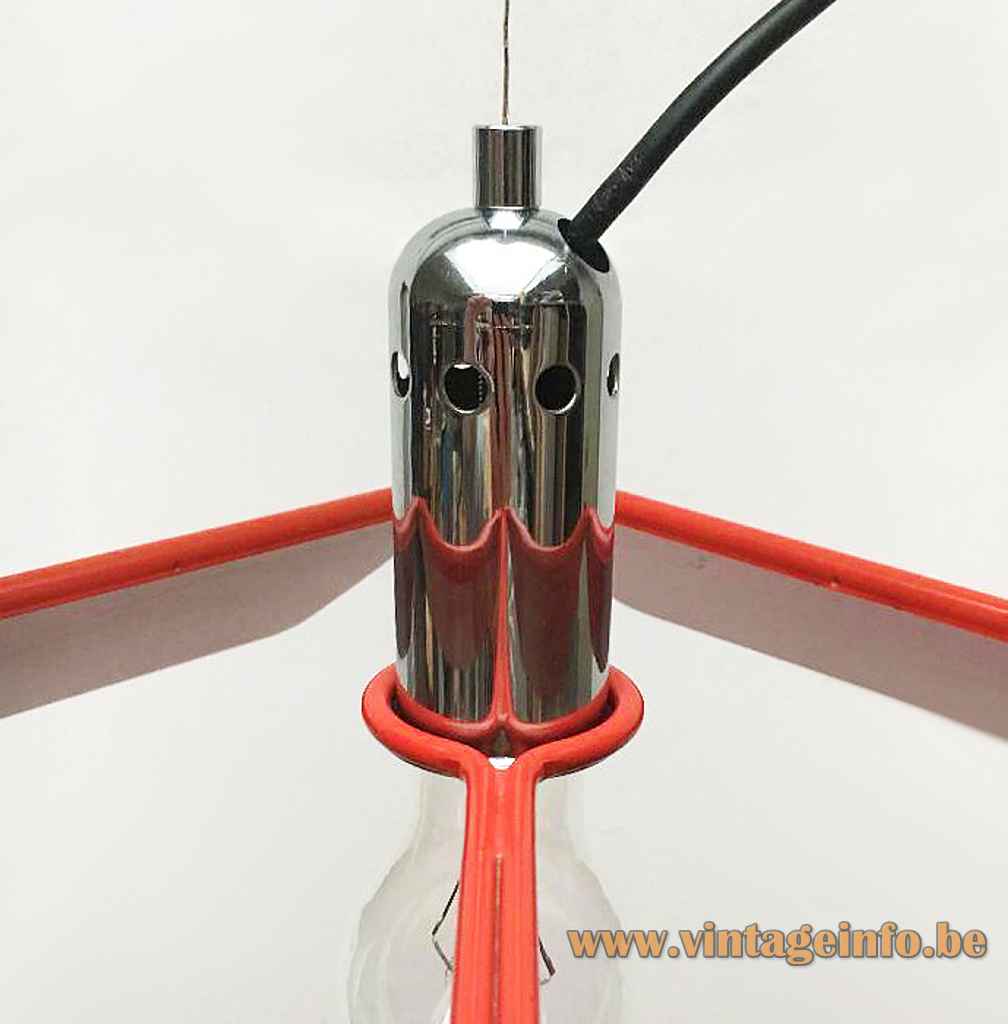 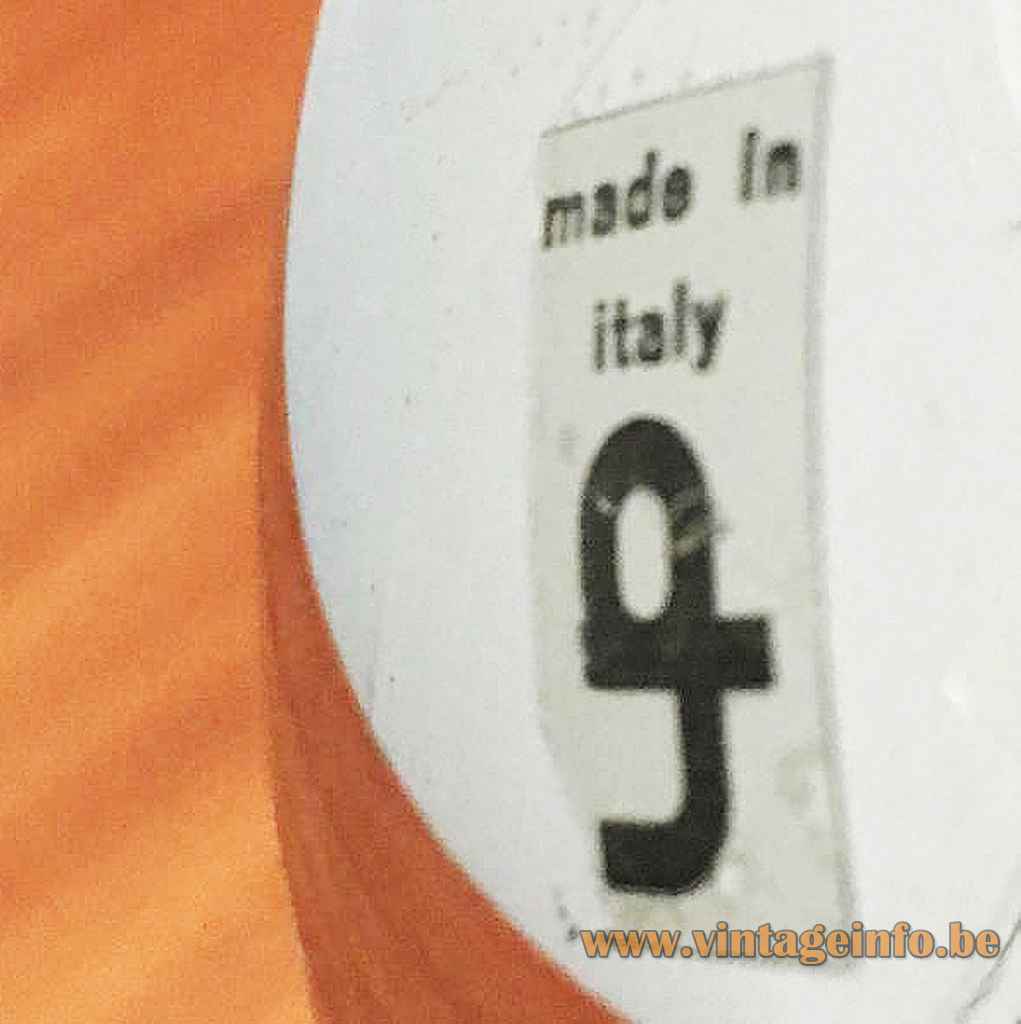 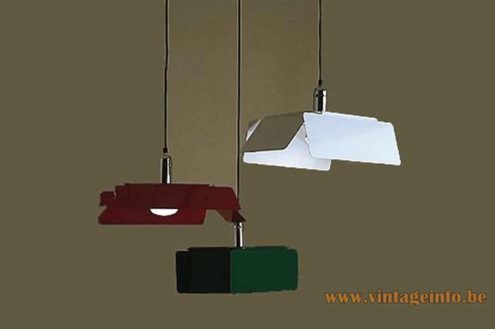 Other versions: The Harvey Guzzini Diaframma pendant lamp exists in several colours. Model number: 7064. Made from 1974 until 1980.

Fabio Lenci was born in Rome in 1935. His first awarded designs were kitchens in the early sixties. For Harvey Guzzini he designed the Focus lamp series, the Luciala lamp series, the Lampione floor lamp and the Birghitta table lamp, named after his wife. He also designed lamps for Zumtobel and Ilform.