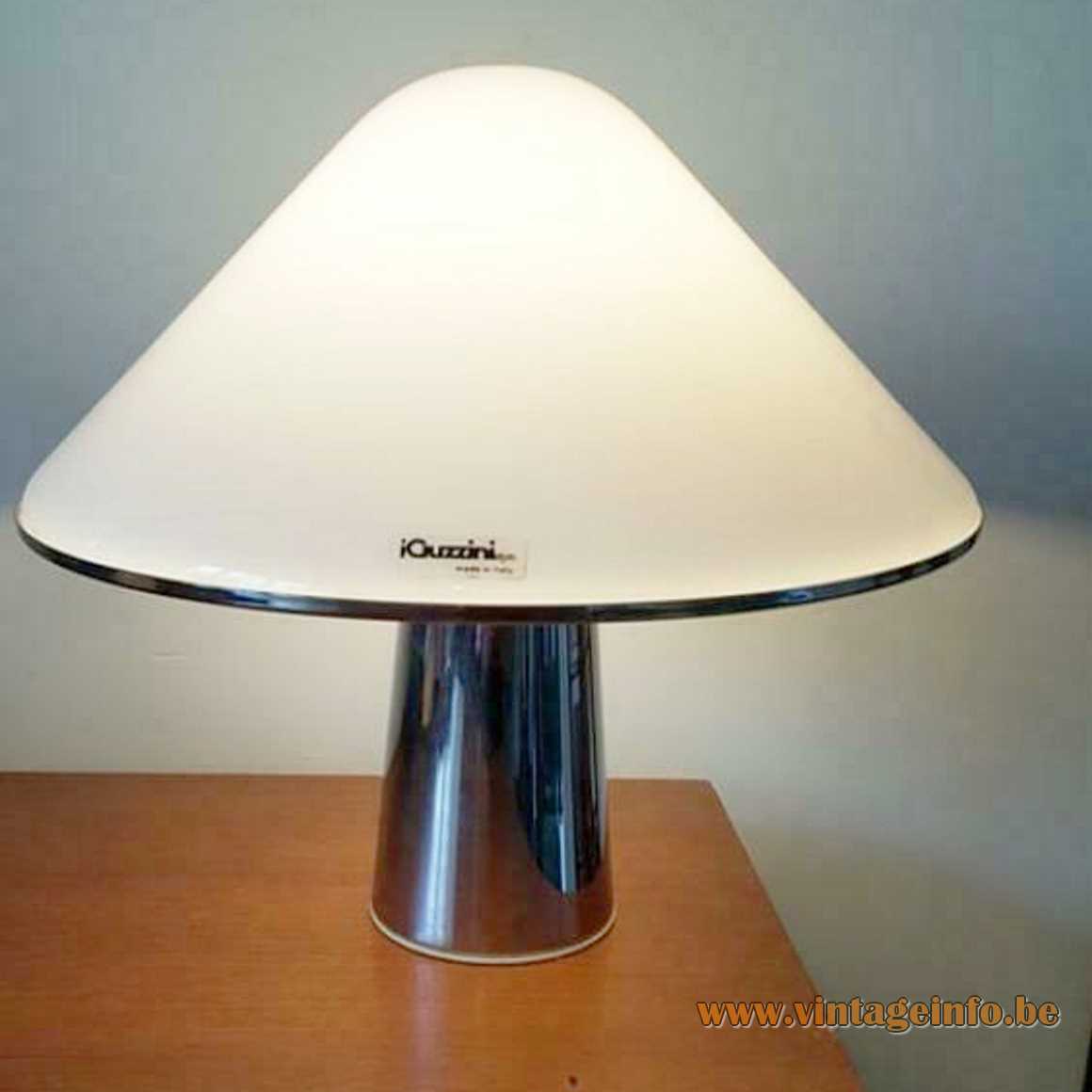 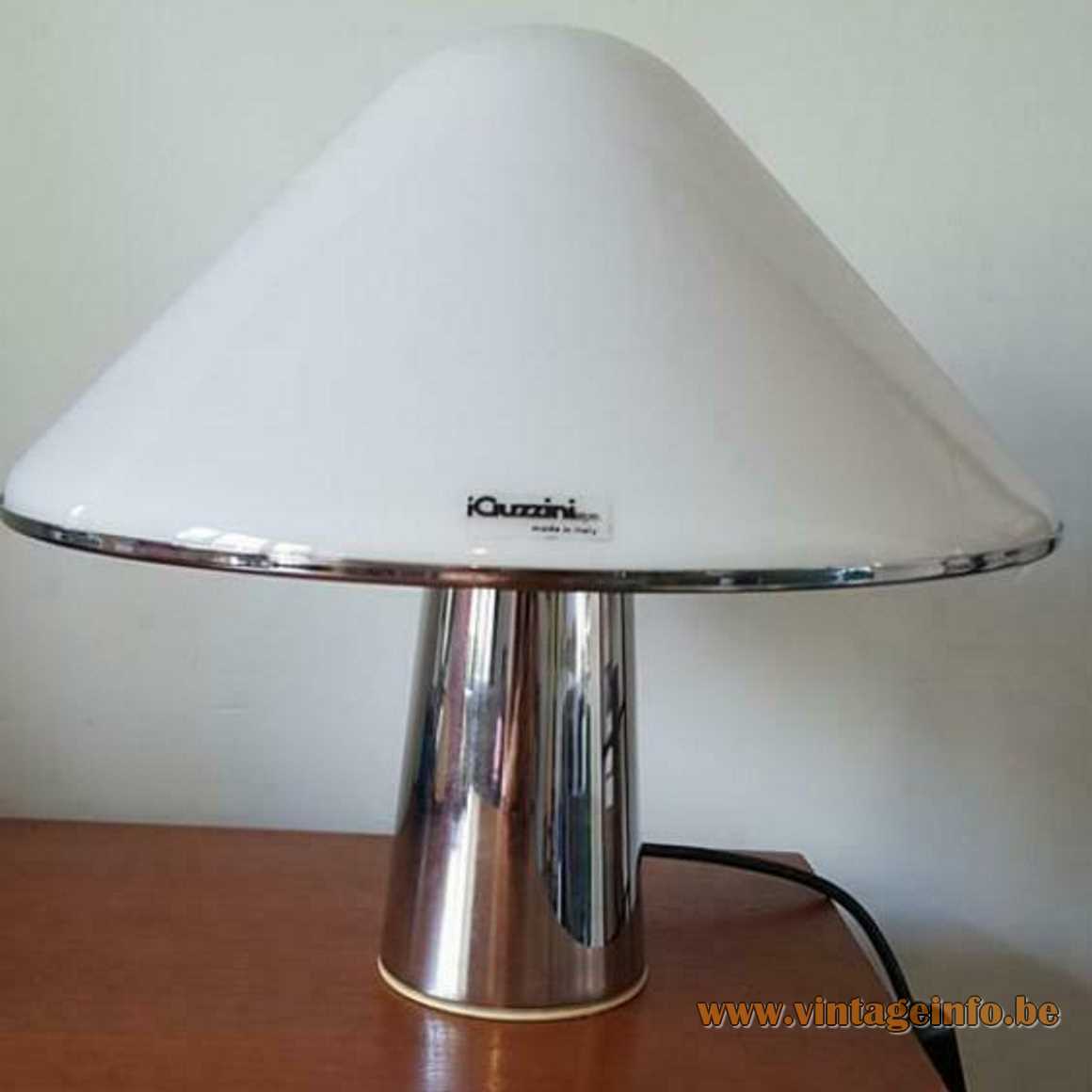 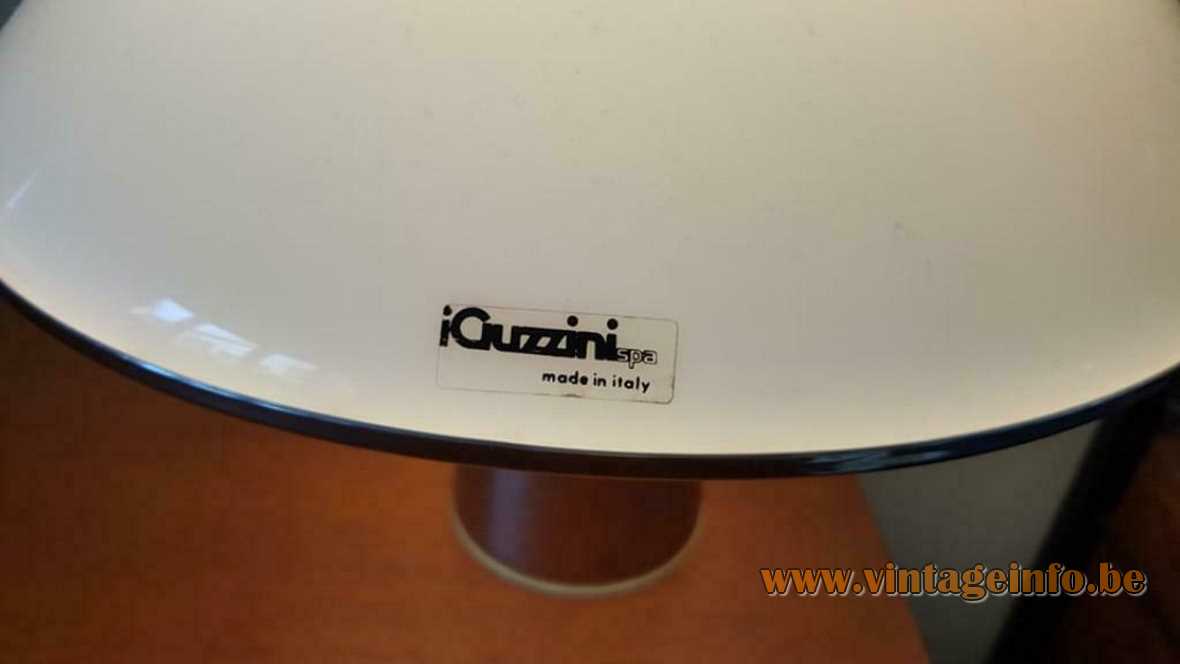 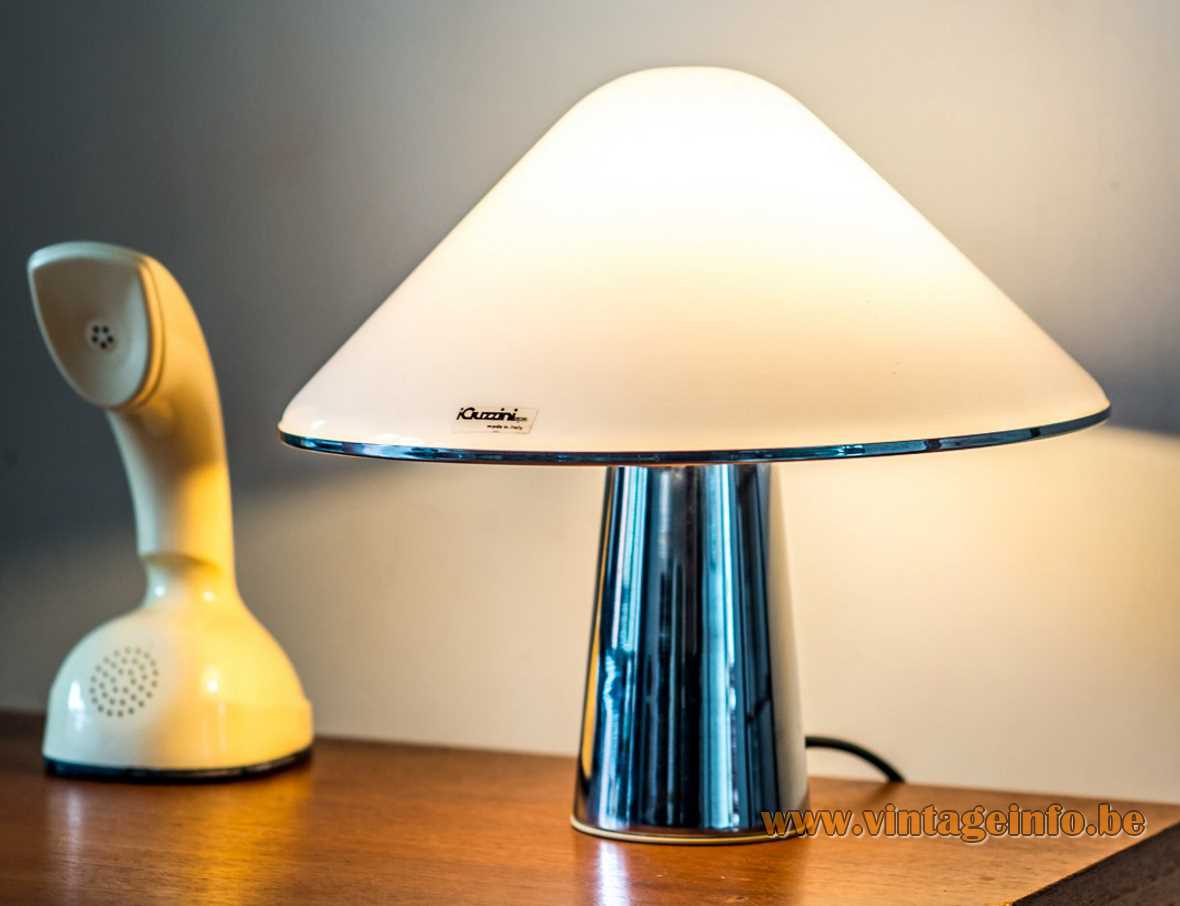 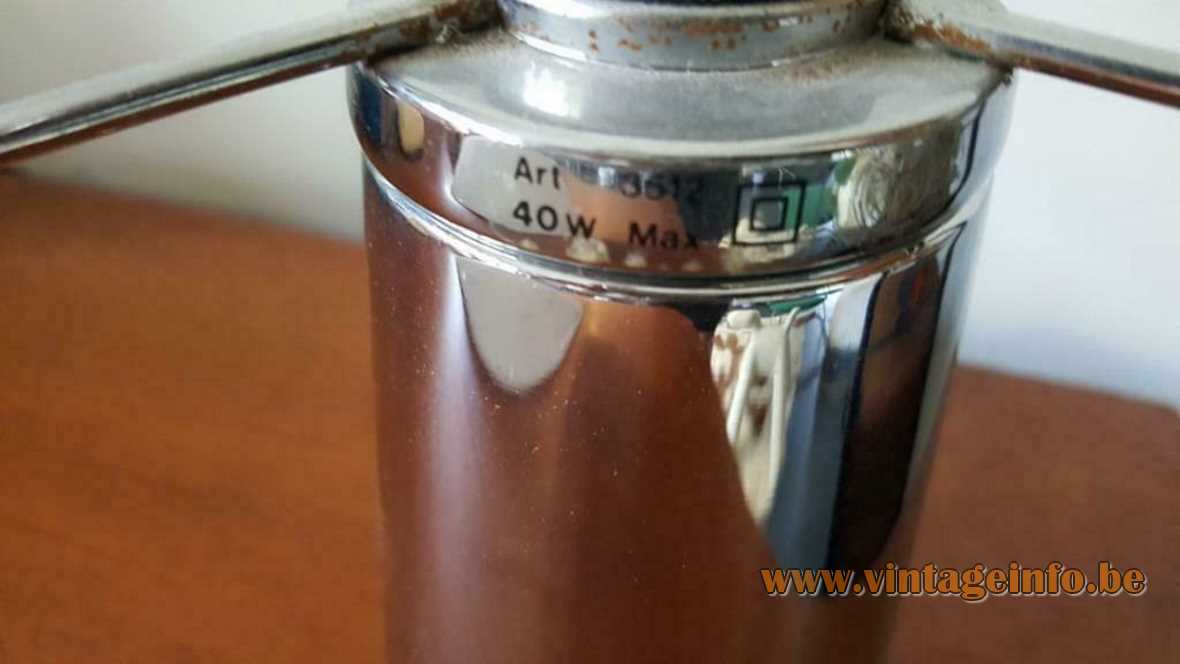 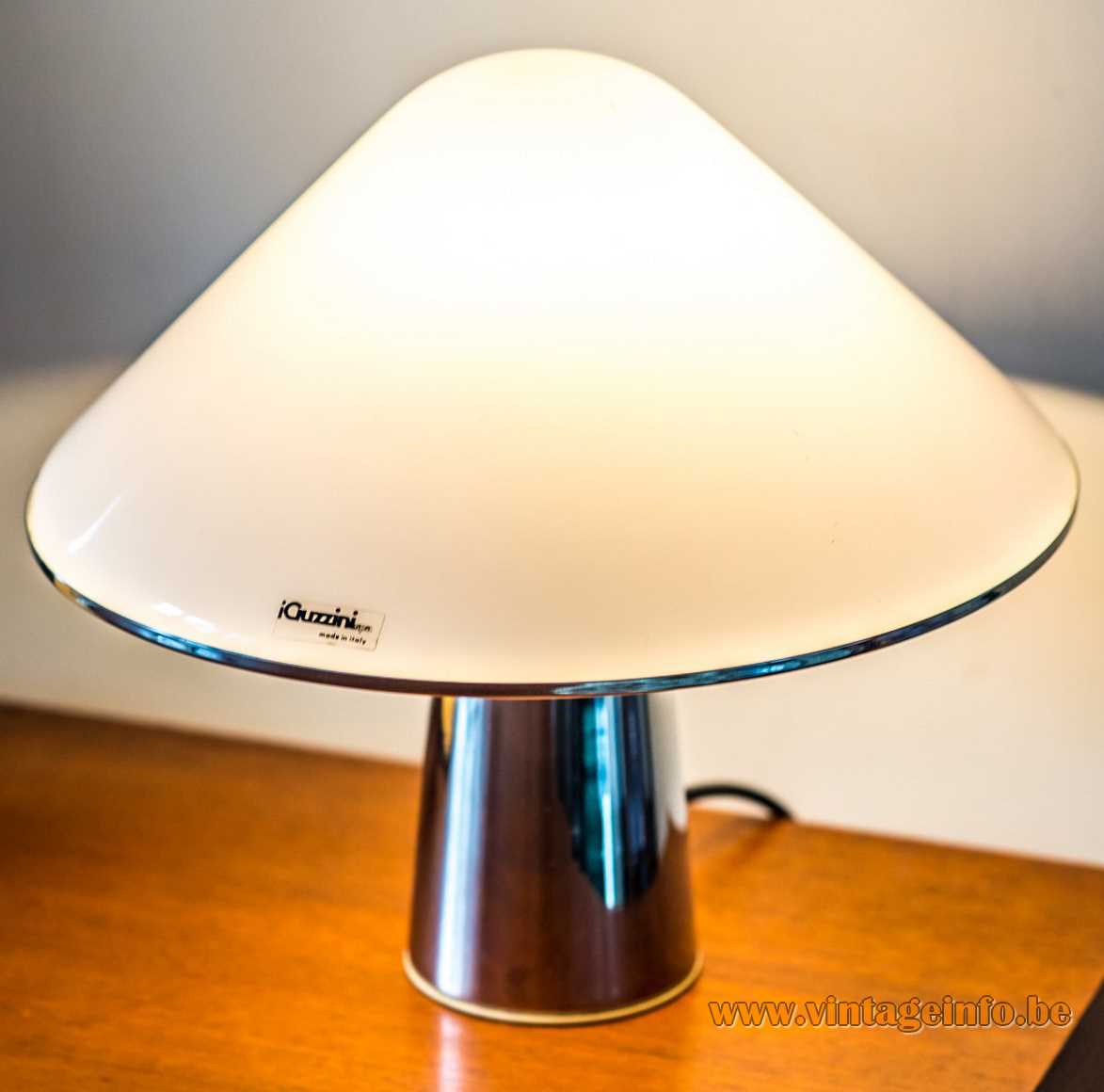 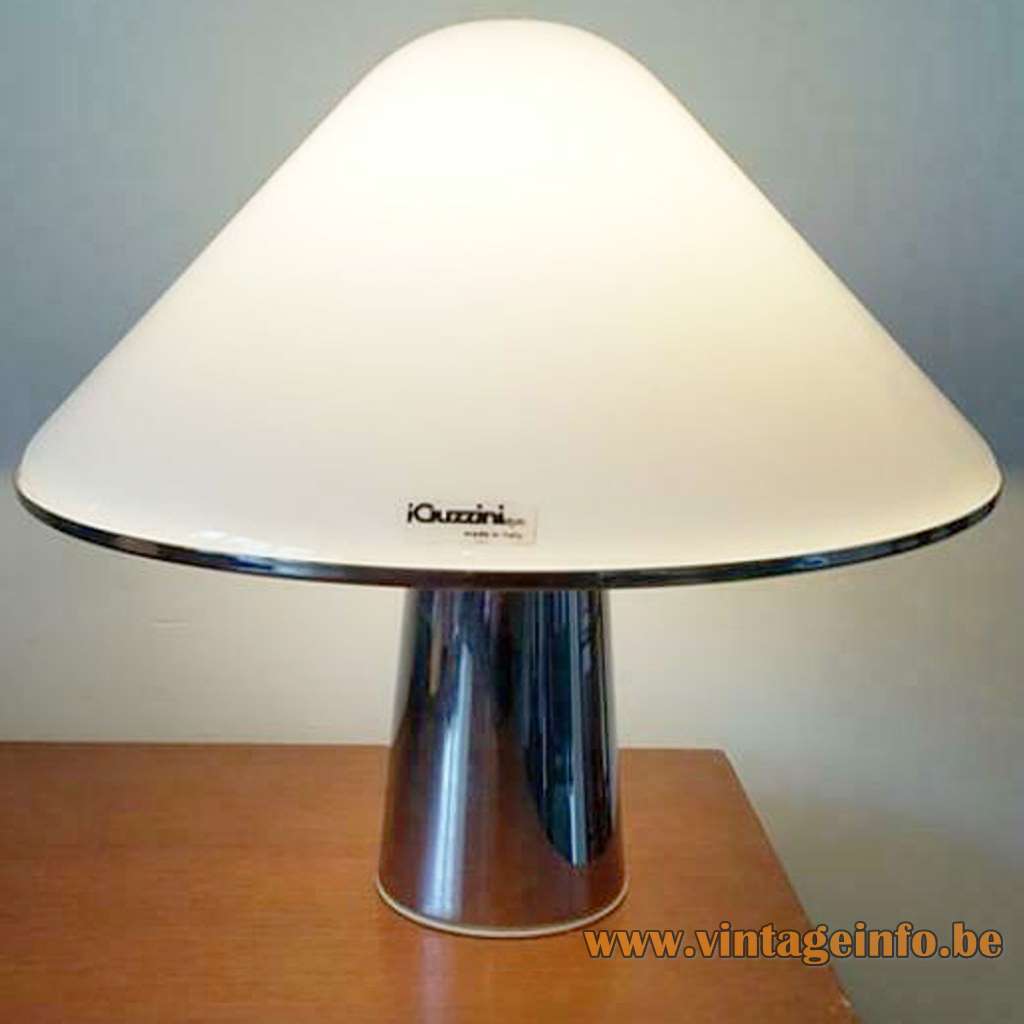 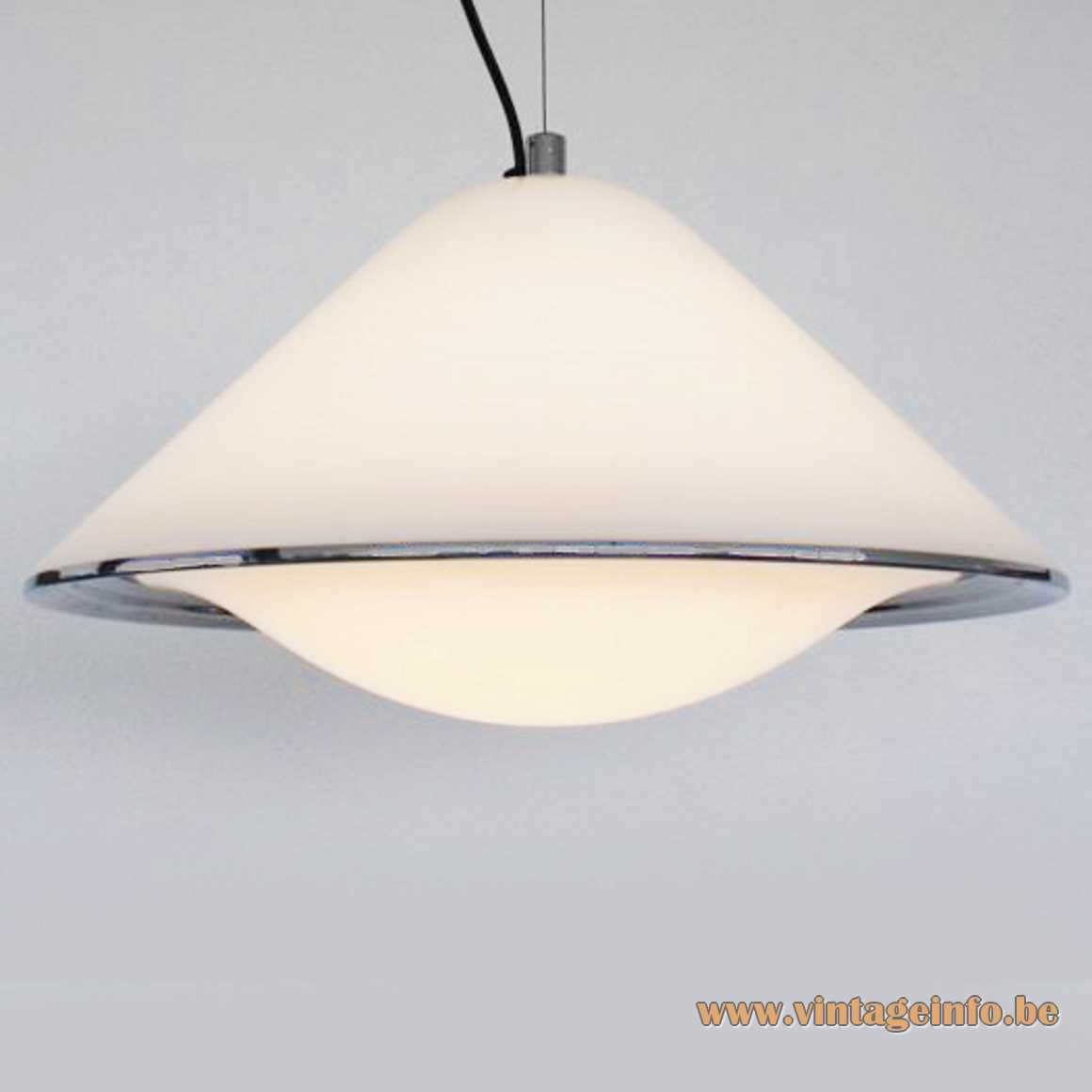 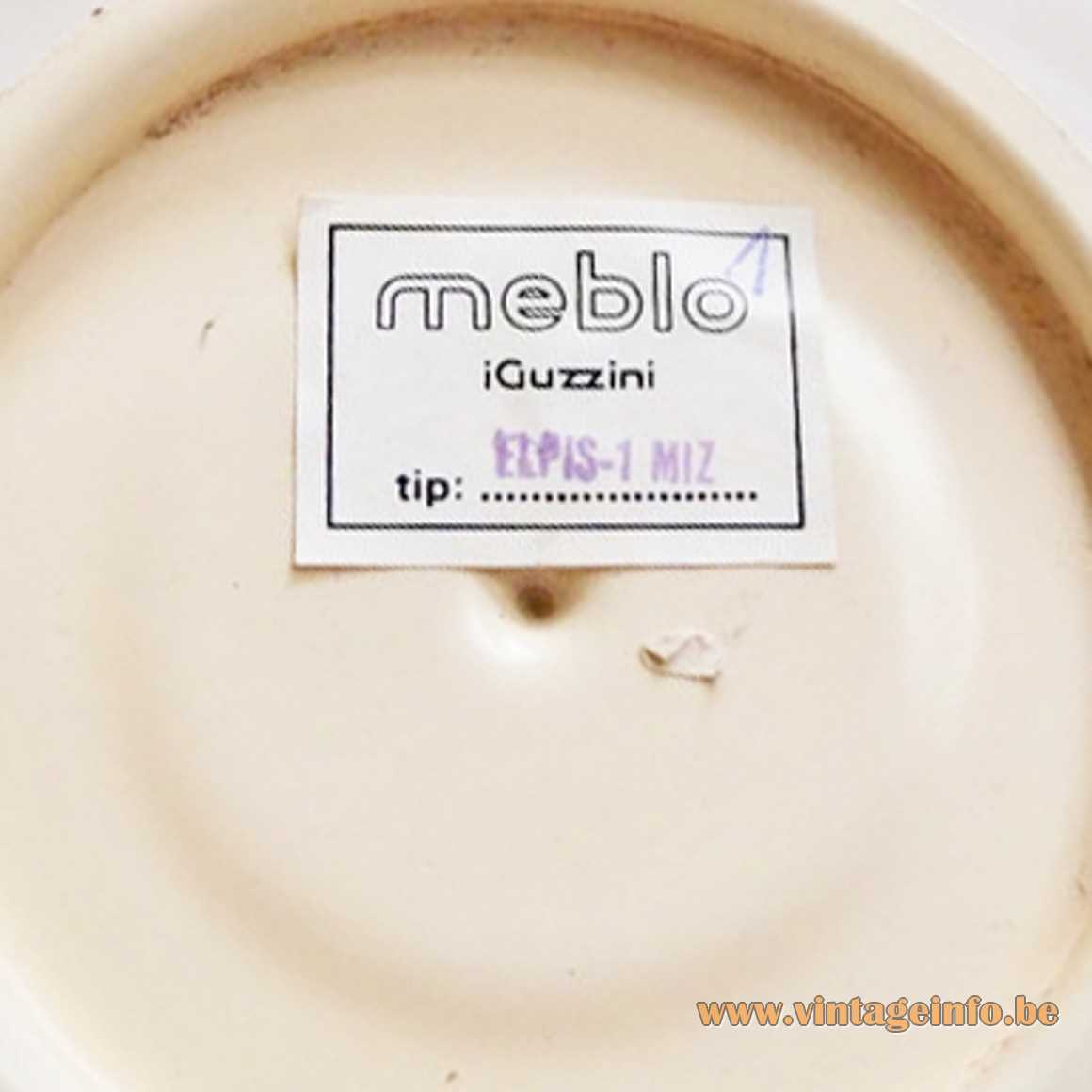 Other versions: The Harvey Guzzini Elpis table lamp exists in two sizes. The big one, is 41 cm / 16.14” high and 48 cm / 18.89” width. It has an E27 lamp socket, 60 watt maximum. Over the years produced in several varieties. Frosted lampshades, brass base, red painted base and so on. Also a pendant lamp was made, as you can see below. It also has an E27 lamp socket and it is 100 watt maximum. It has the same width as the big table lamp. And also a floor lamp exists.

Often named mushroom lamp or Fungo, but that’s another lamp and it was designed by Luigi Massoni.

This Harvey Guzzini Elpis table lamp was also sold under the brand name MEBLO. MEBLO is a Slovenian (Yugoslavia) company.

Many thanks to Tinneke for the photos and the enthusiasm.