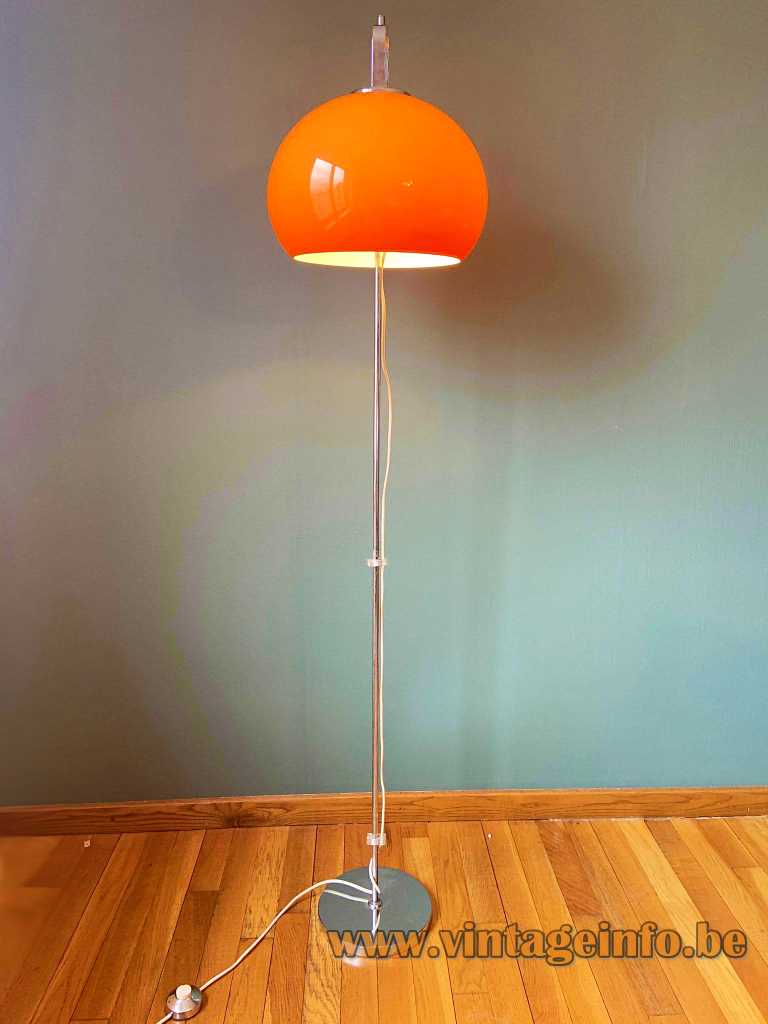 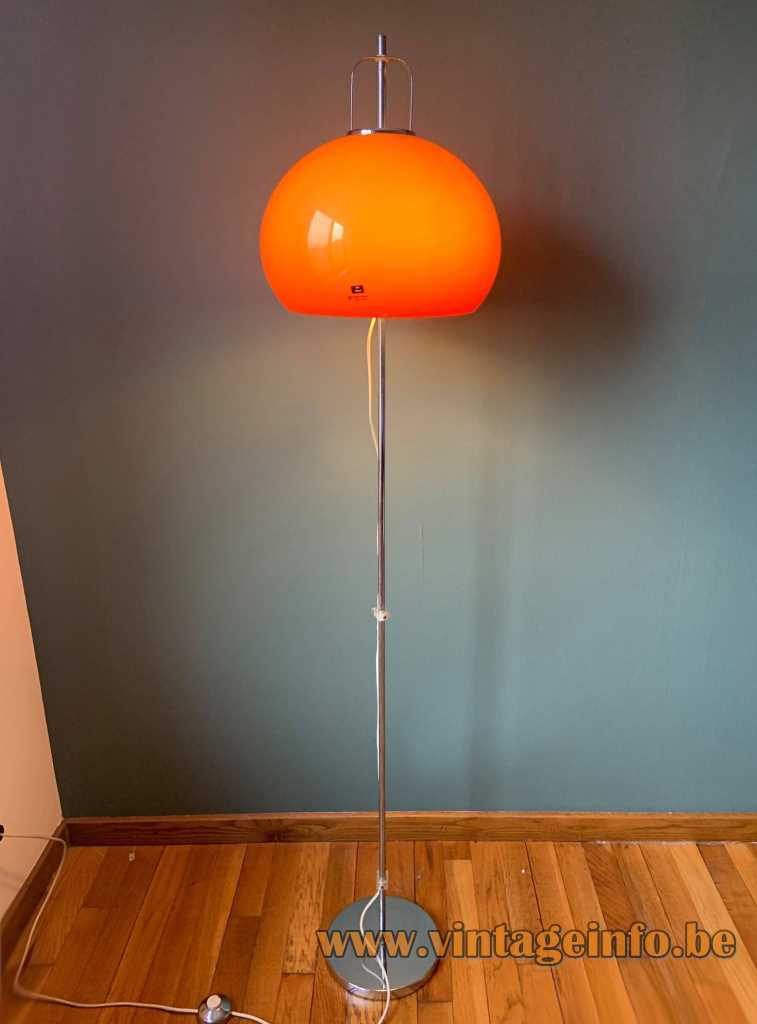 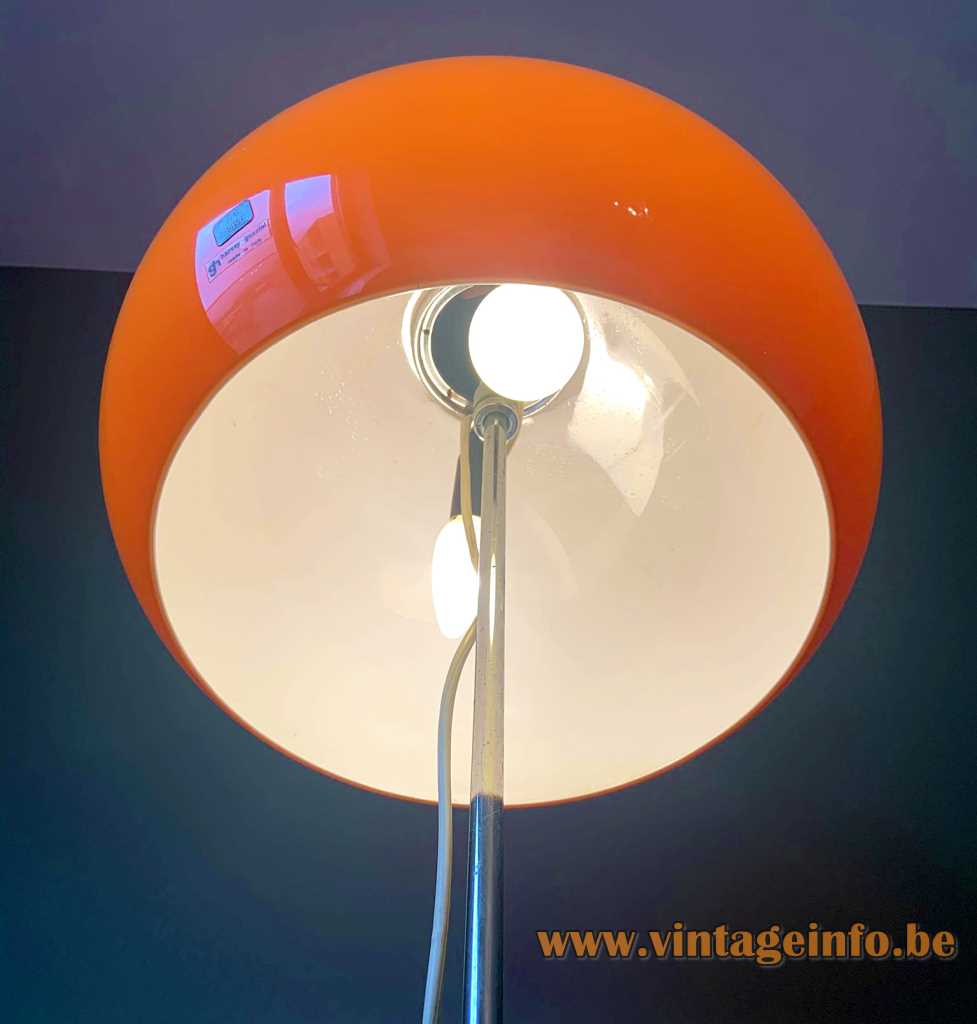 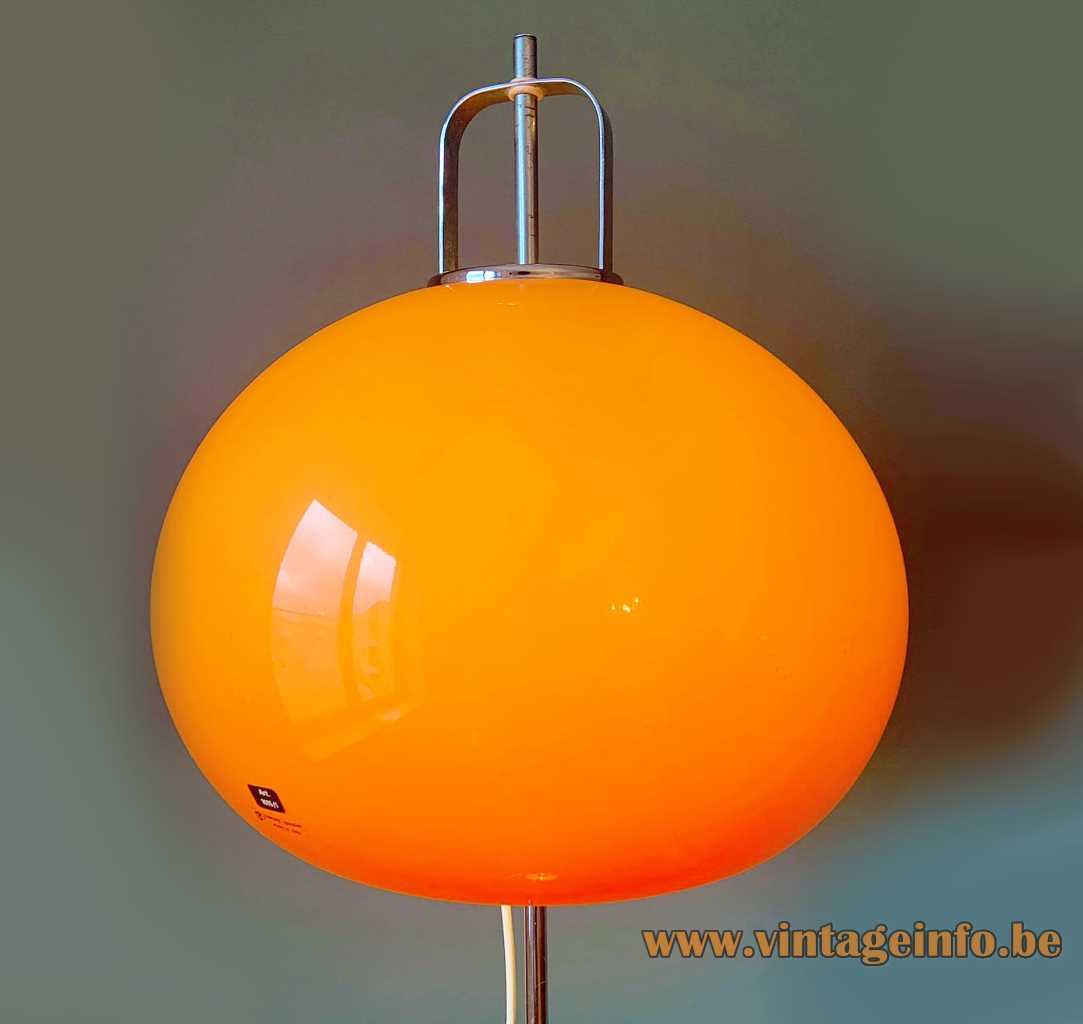 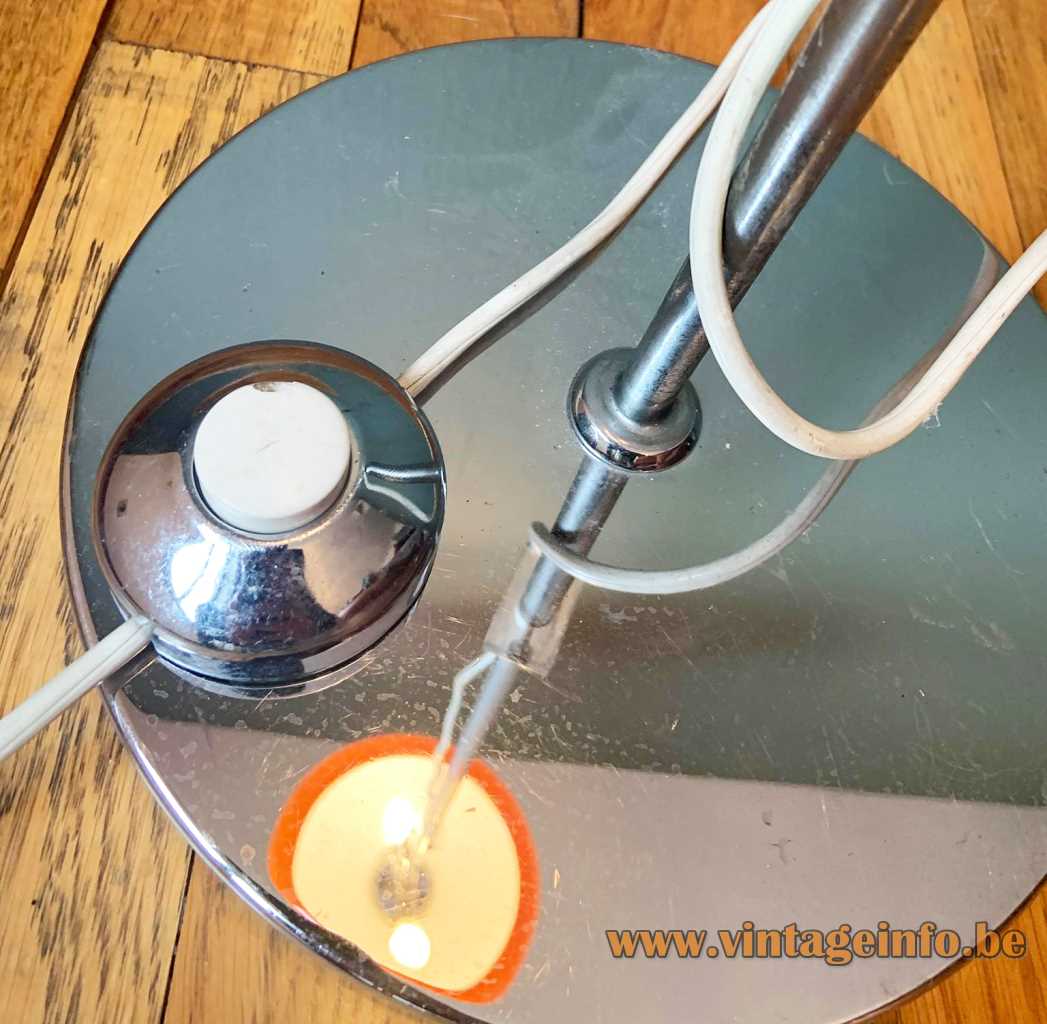 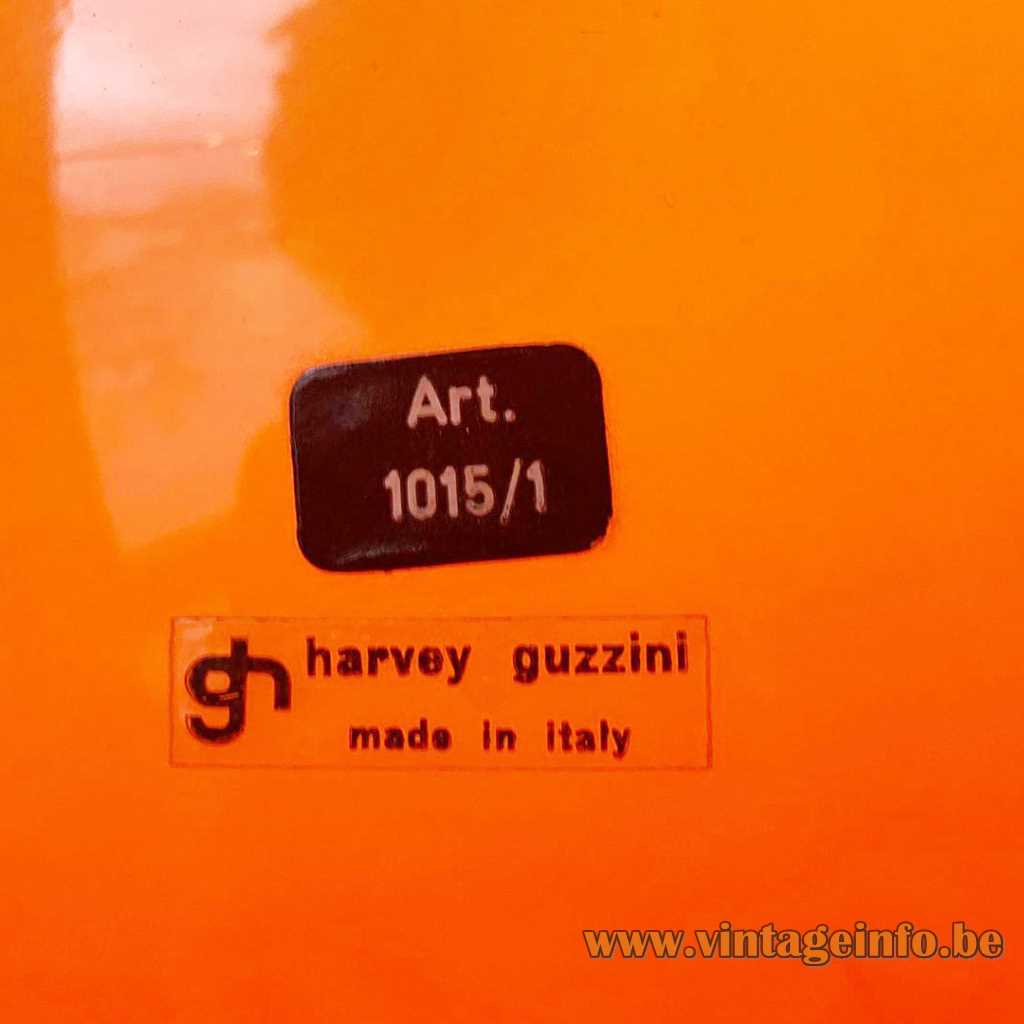 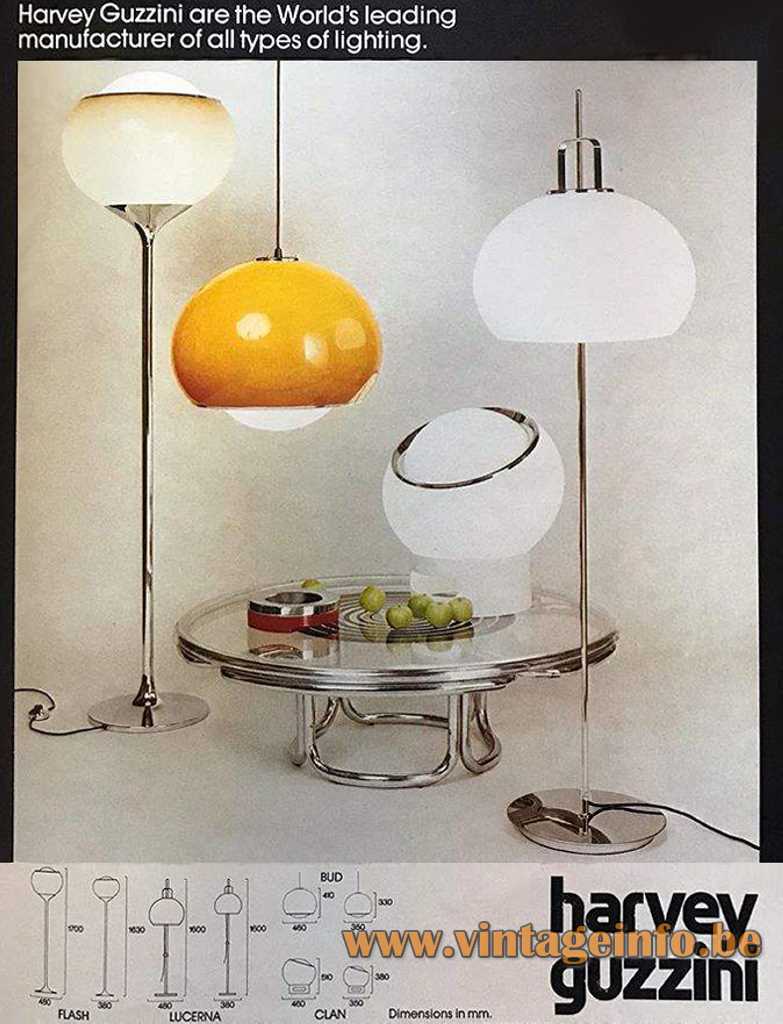 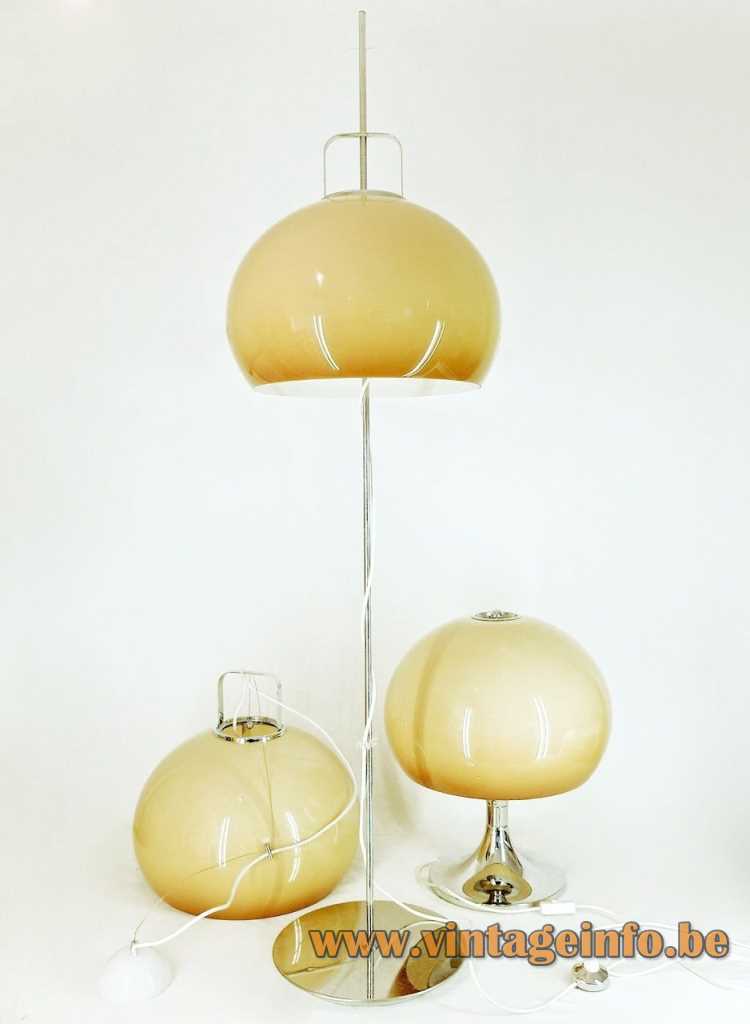 Other versions: The Harvey Guzzini Lucerna floor lamp exists in 2 sizes with two different bases and in several colours. Also pendant lamps and table lamps were made. Other lamps were made with the same chrome arc on top, but they all have different names. The pendant lamp is named Zurigo, you can find it over here.

Often famous designers are linked to this lamp, but it is a design by Luigi Massoni.

The Lucerna floor lamps were also sold by Meblo. Meblo named these lamps Rab 1 and Rab 2. Rab 1 is the floor lamp with the big lampshade.

The Belgian company Massive made a copy of this floor lamp. You can find it over here. Also Stilux from Milan made a copy. It has a thin translucent acrylic lampshade and a switch inside. 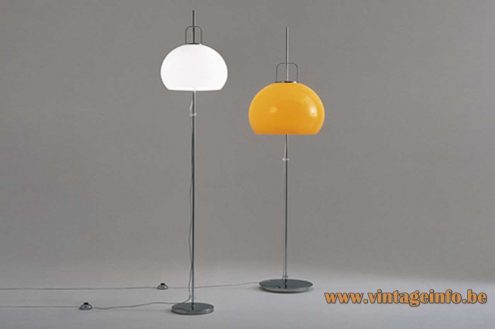 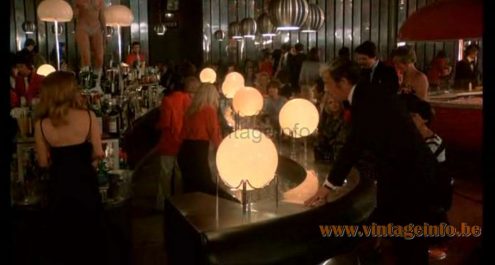 Many thanks to Nicolas from Troc.Com in Herent, Belgium. You can find the Troc Facebook page over here.