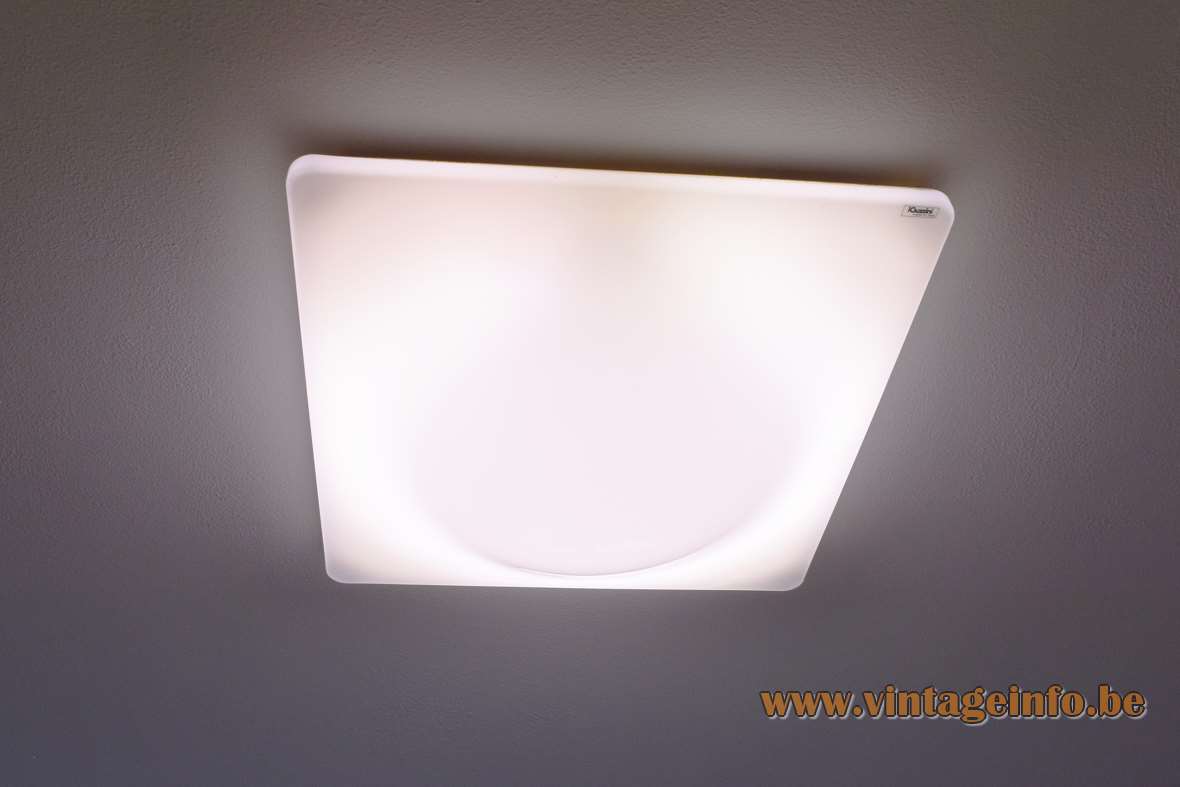 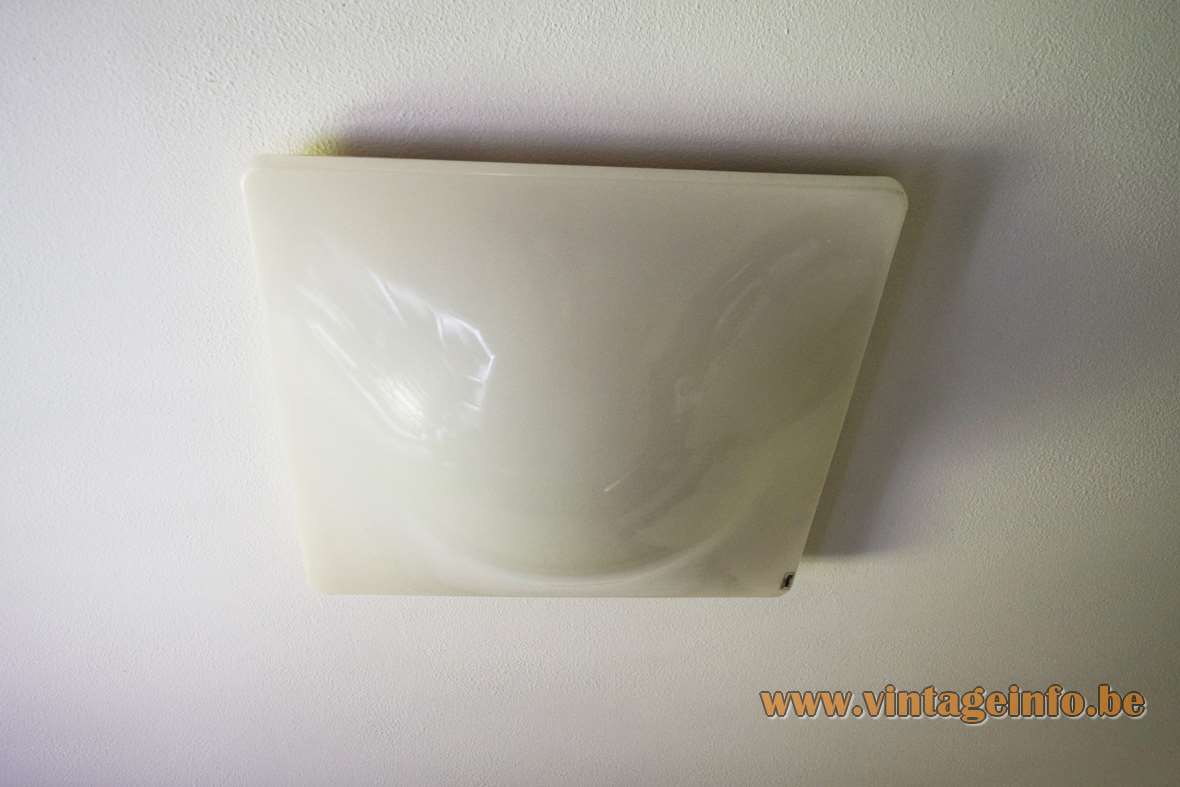 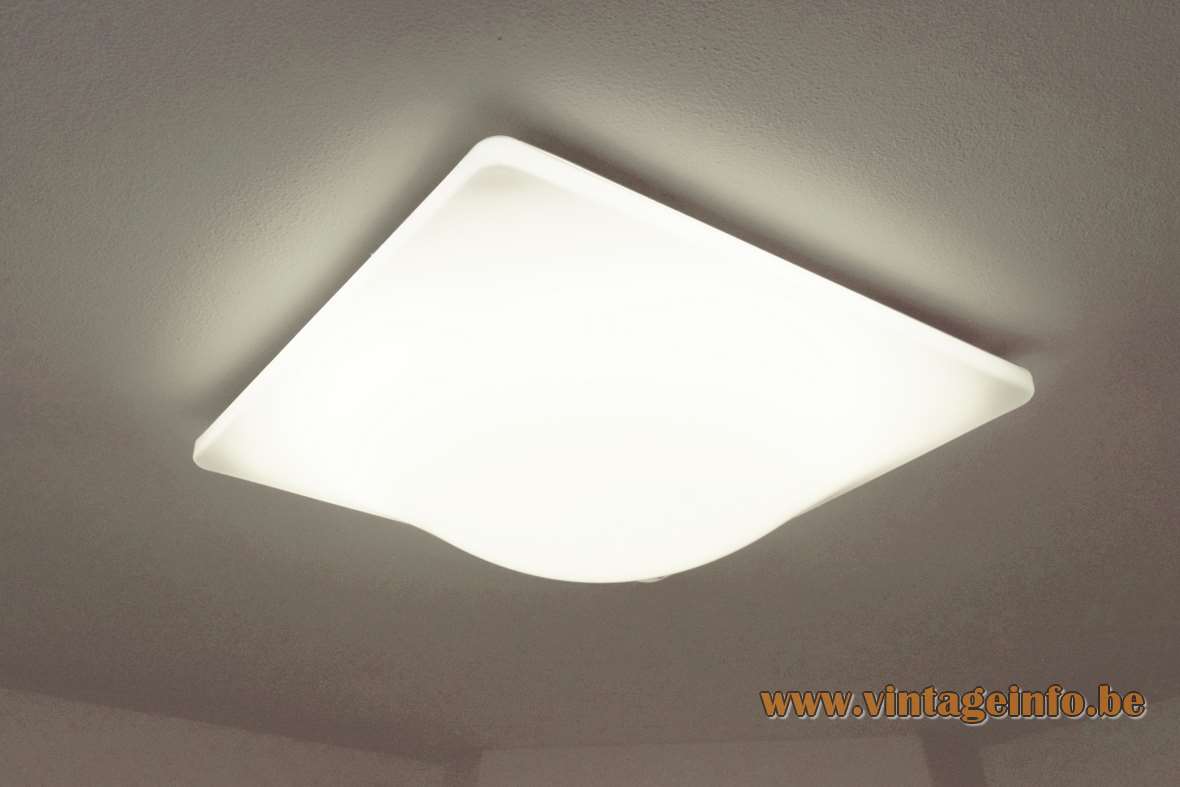 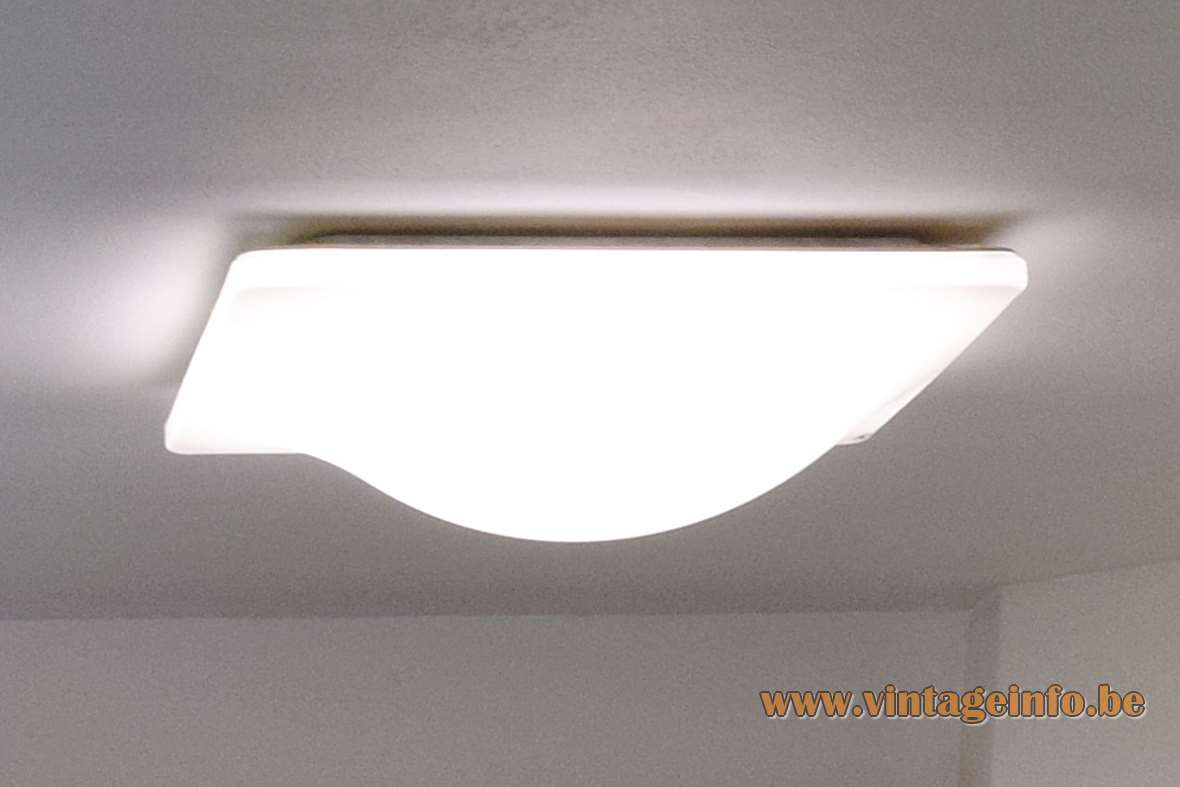 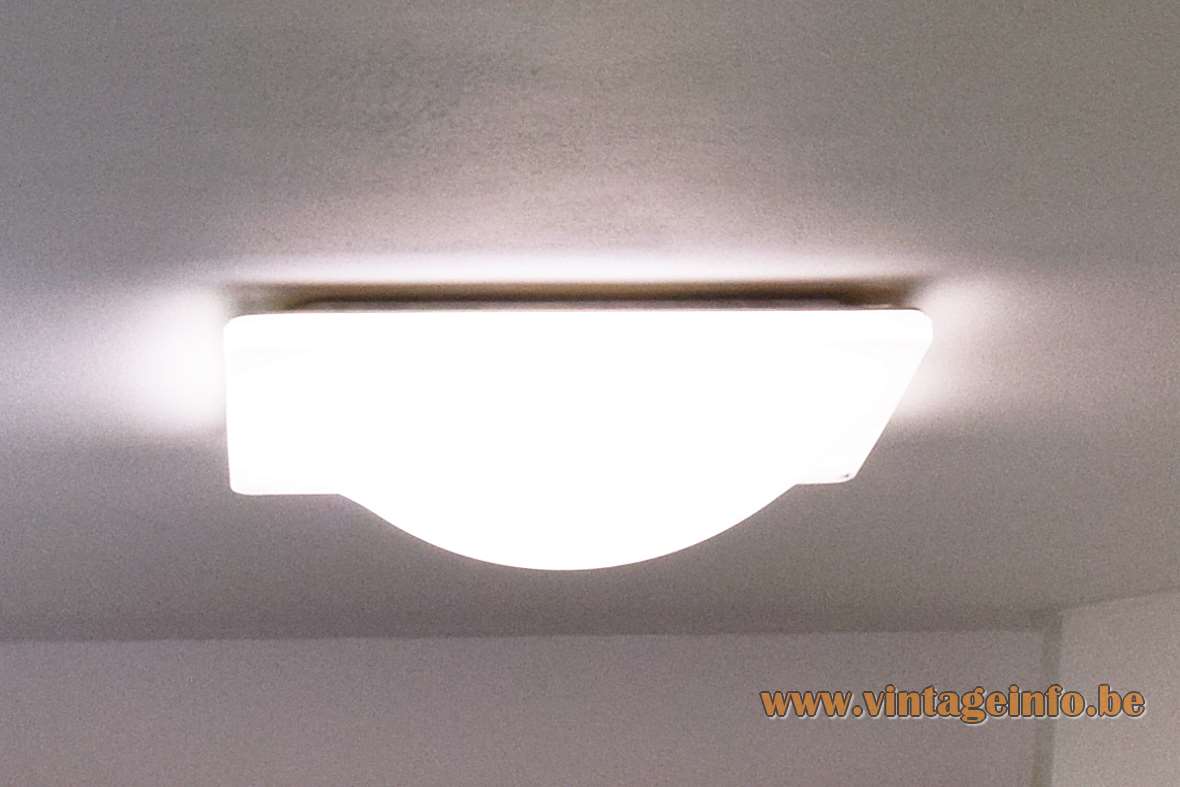 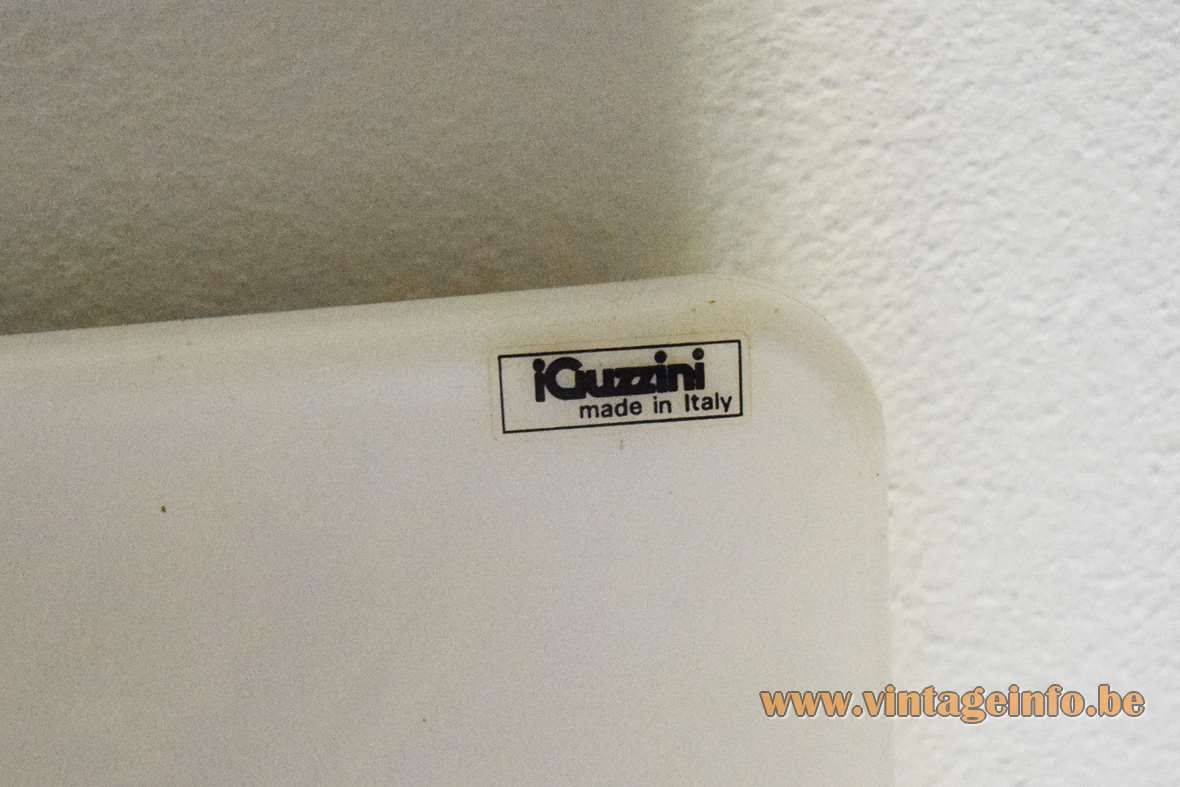 “Ceiling lamp designed by the in-house technical office consisting of a metal plate that supports the electrical wiring on which a white methacrylate screen is applied through the rotation of coupling perimetrically placed keys. On request, the power factor correction capacitor is available, for the installation of which the coupling slots are already made on the metal plate. The radio noise suppression capacitor is standard.”

The iGuzzini Dada flush mount has many similarities with the Martinelli Luce Bolla Flush Mount, designed by Elio Martinelli.