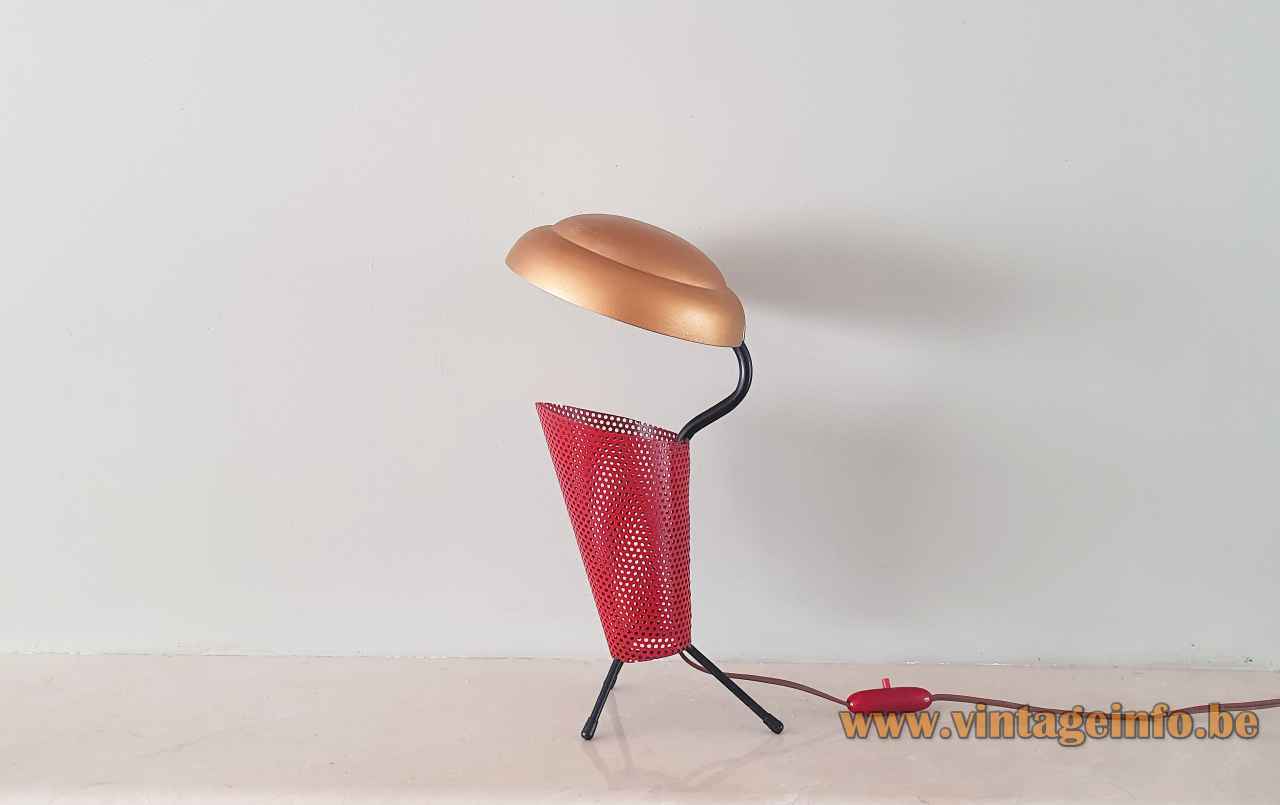 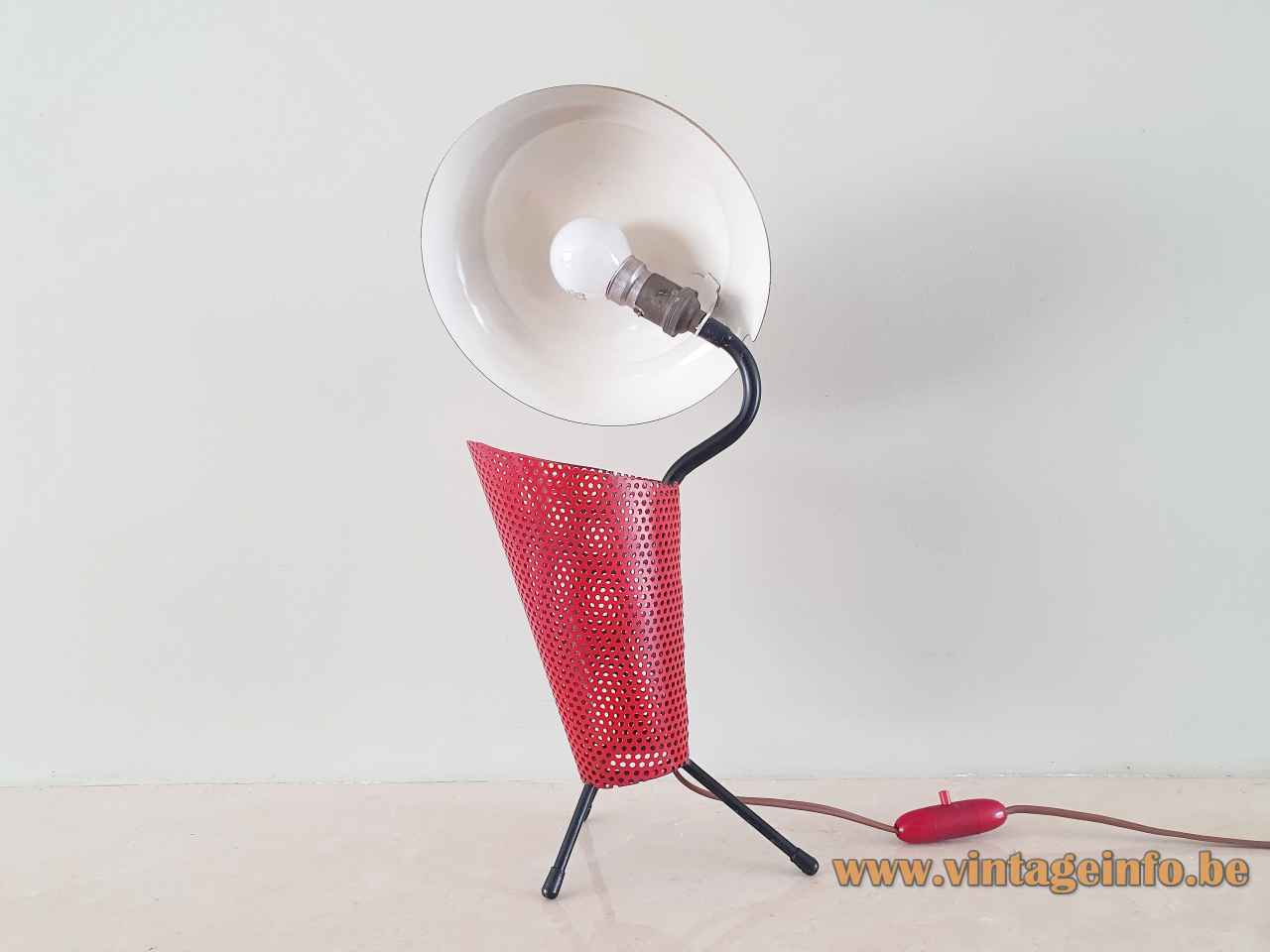 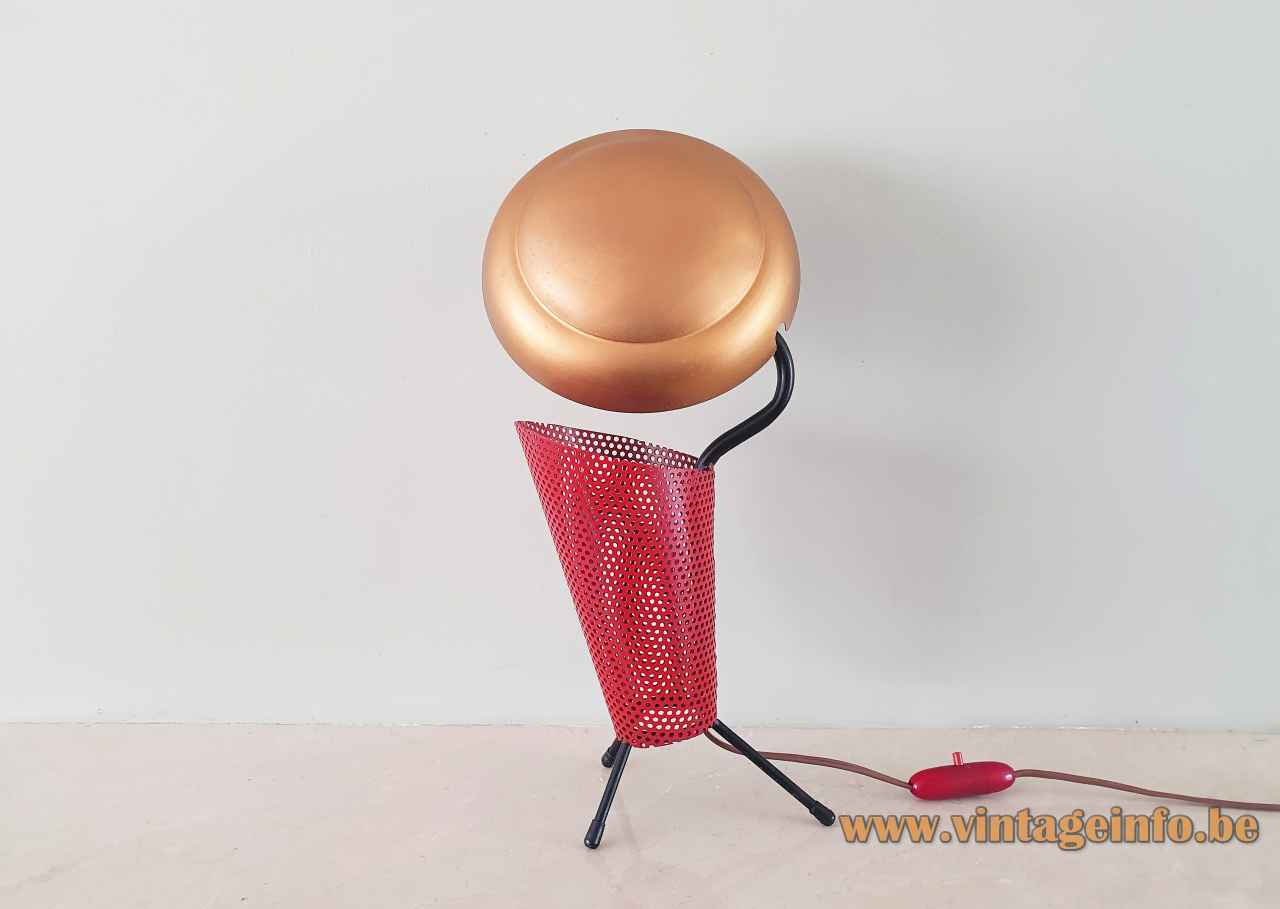 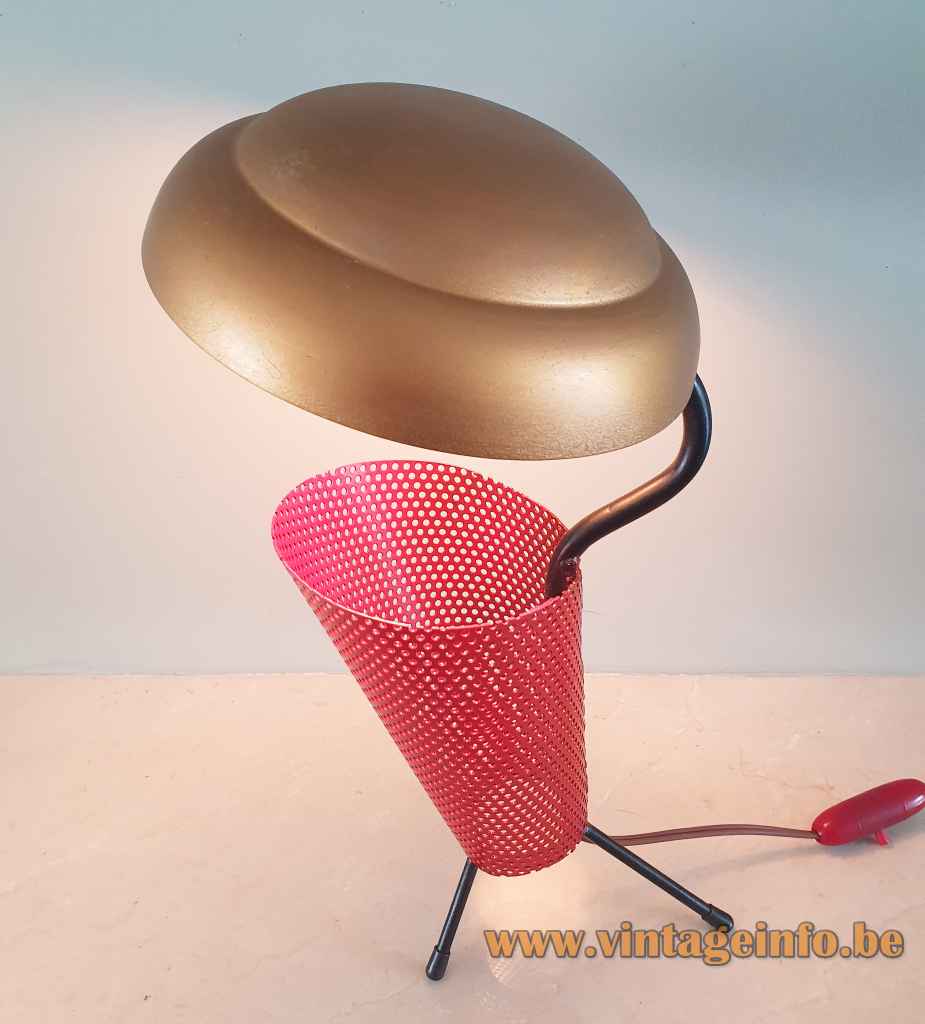 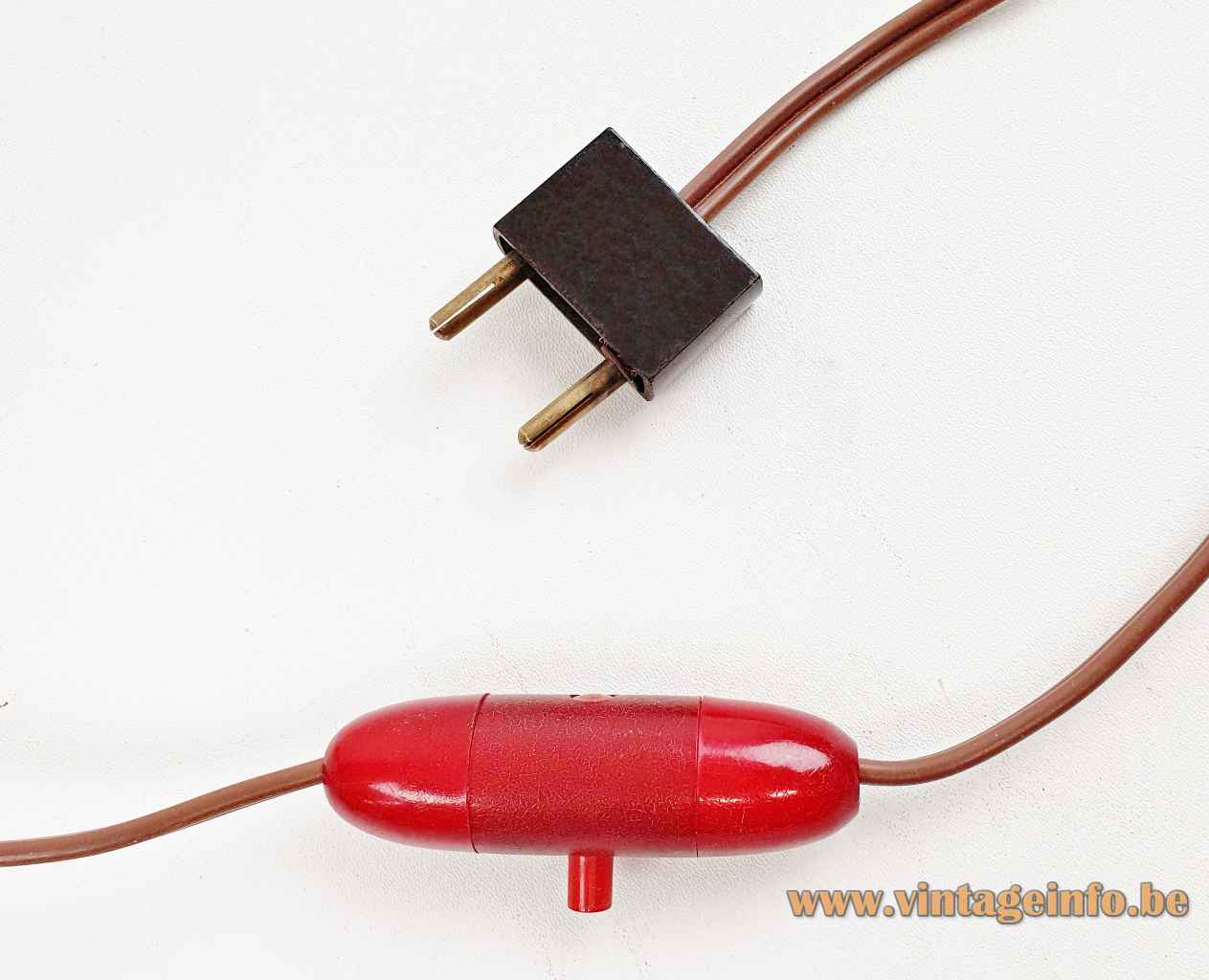 Other versions: This Aluminor tripod table lamp exists in several colours. The lampshade was used for several lamps, all with a different base. A lamp with the same lampshade can be found here.