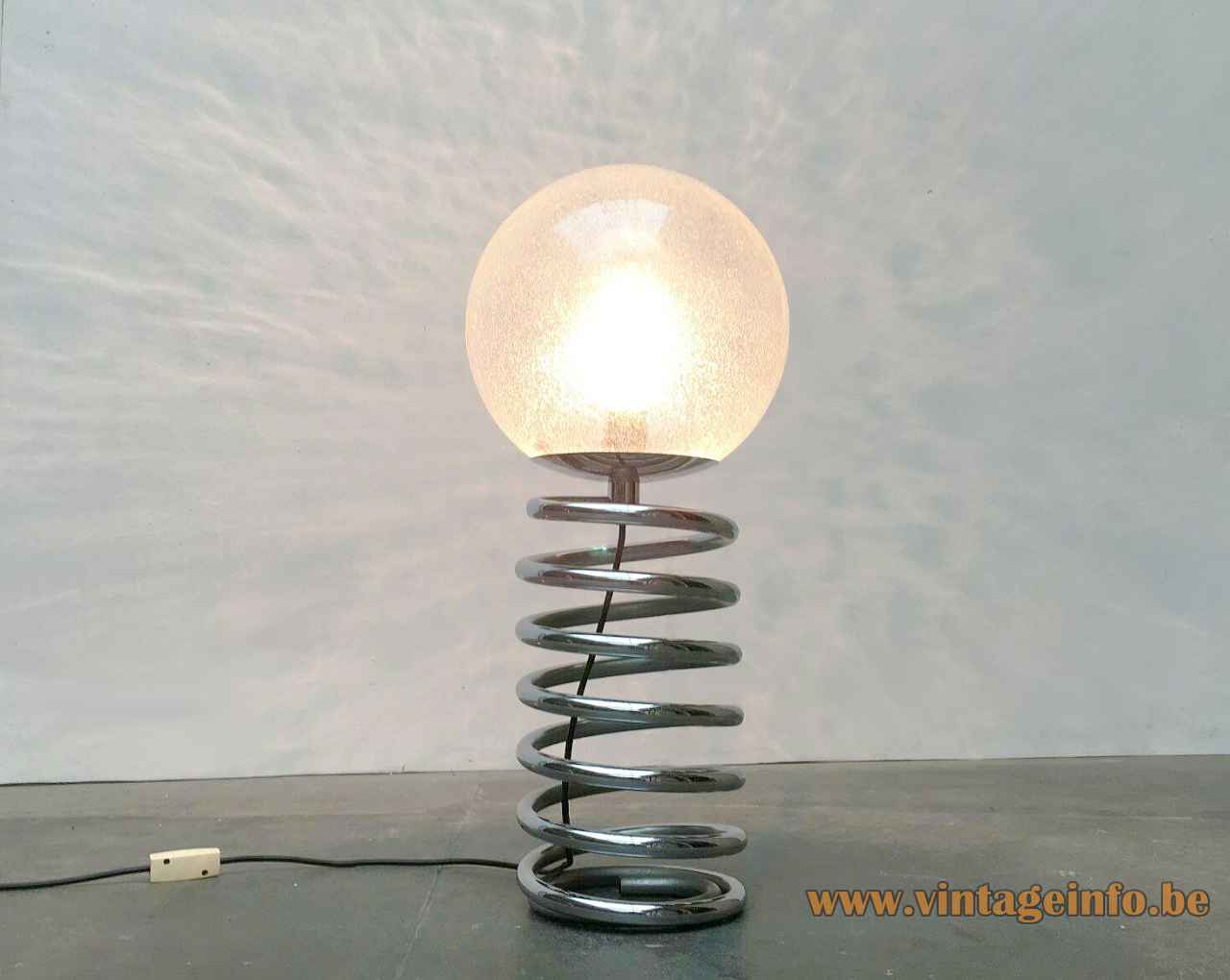 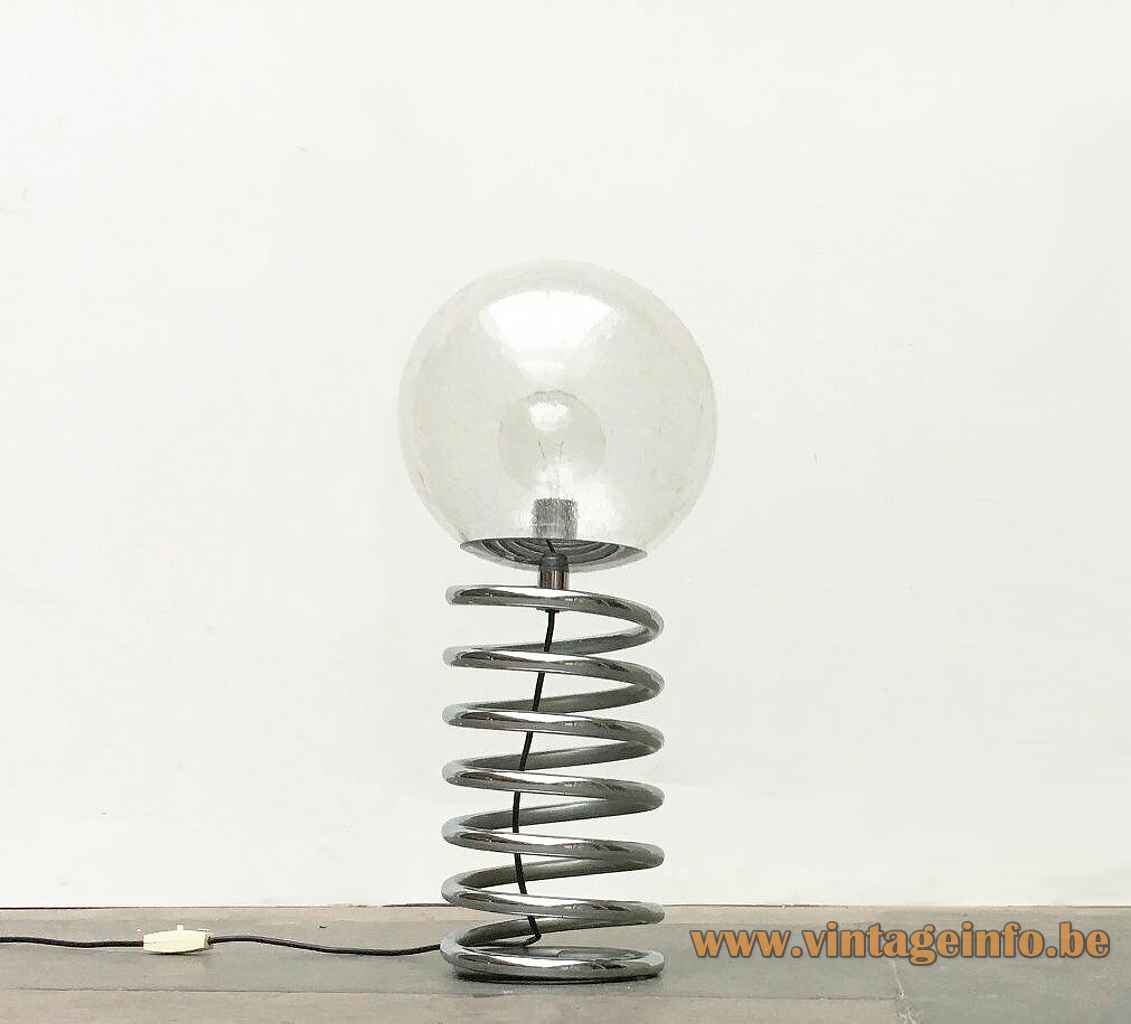 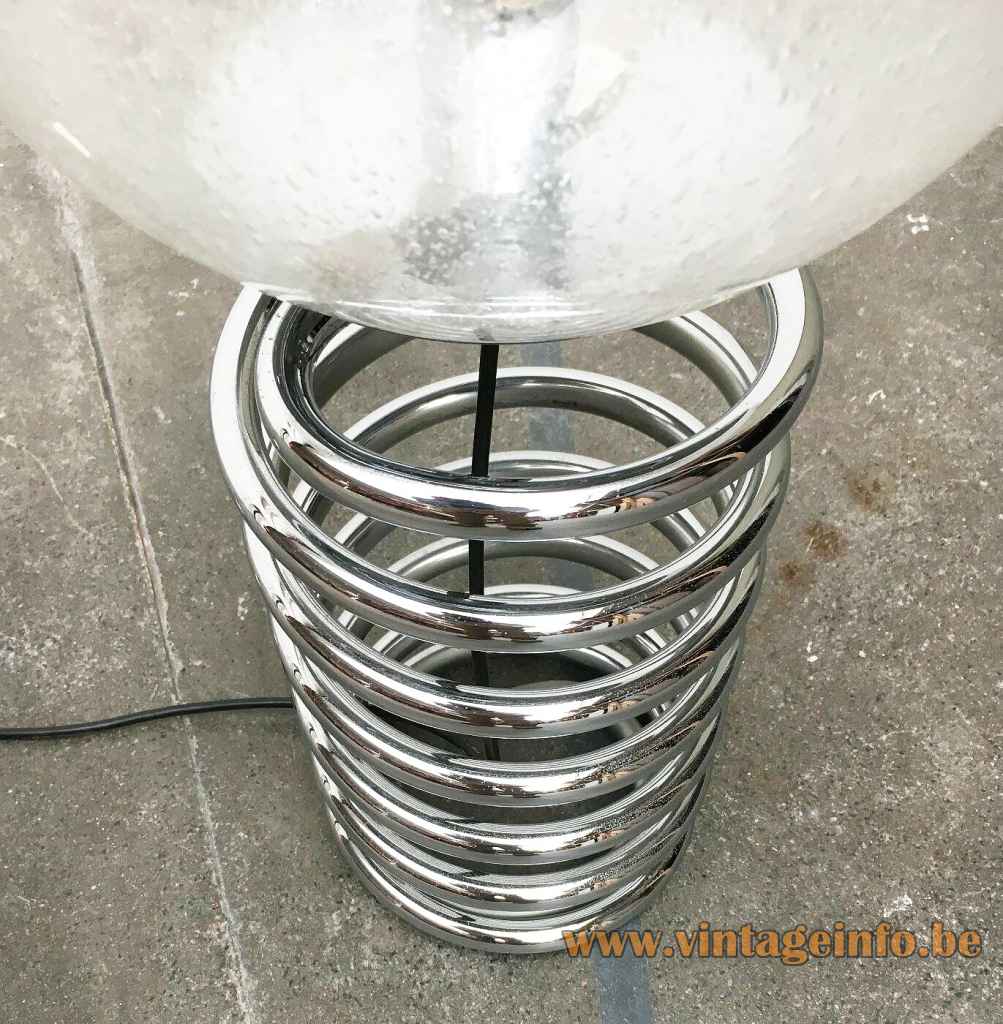 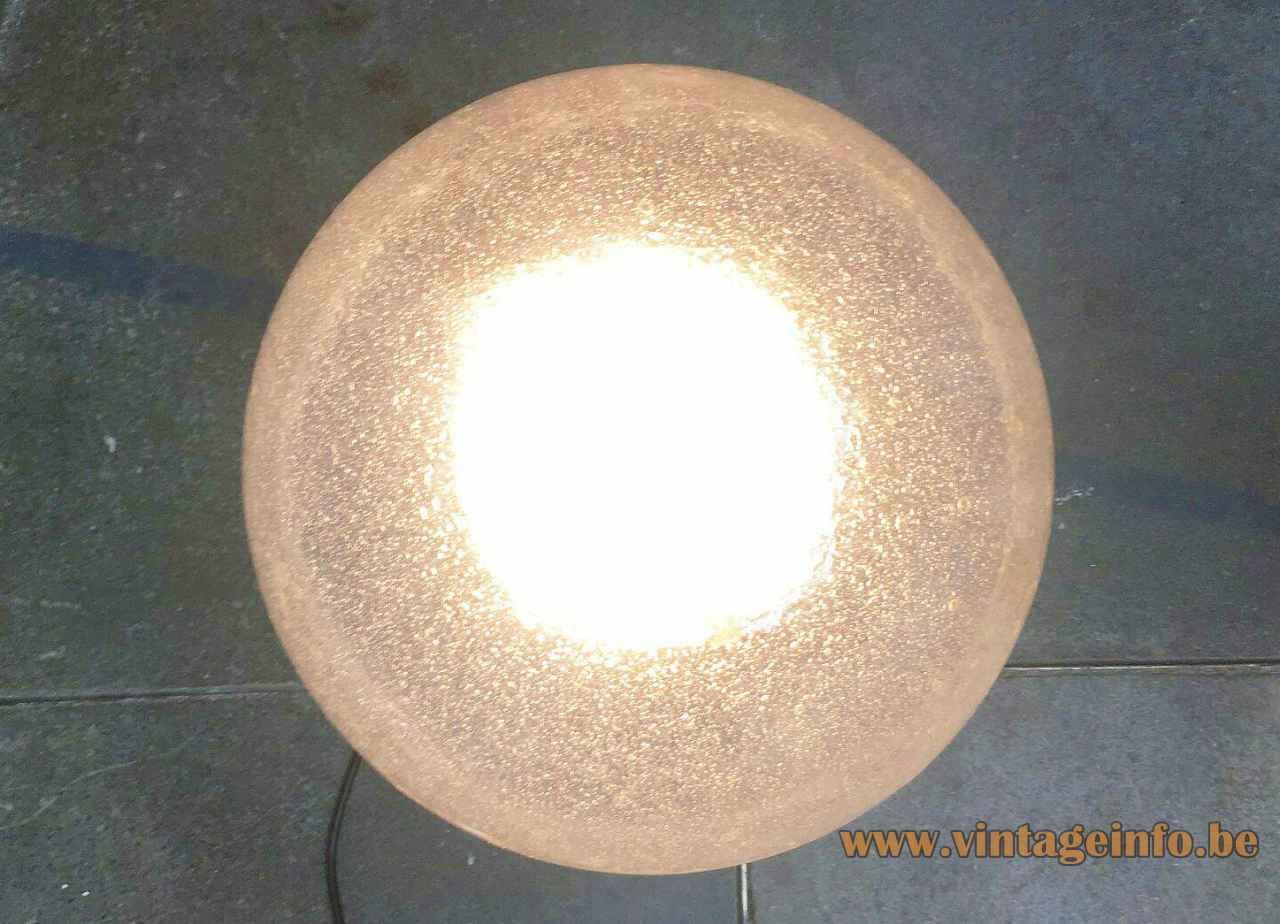 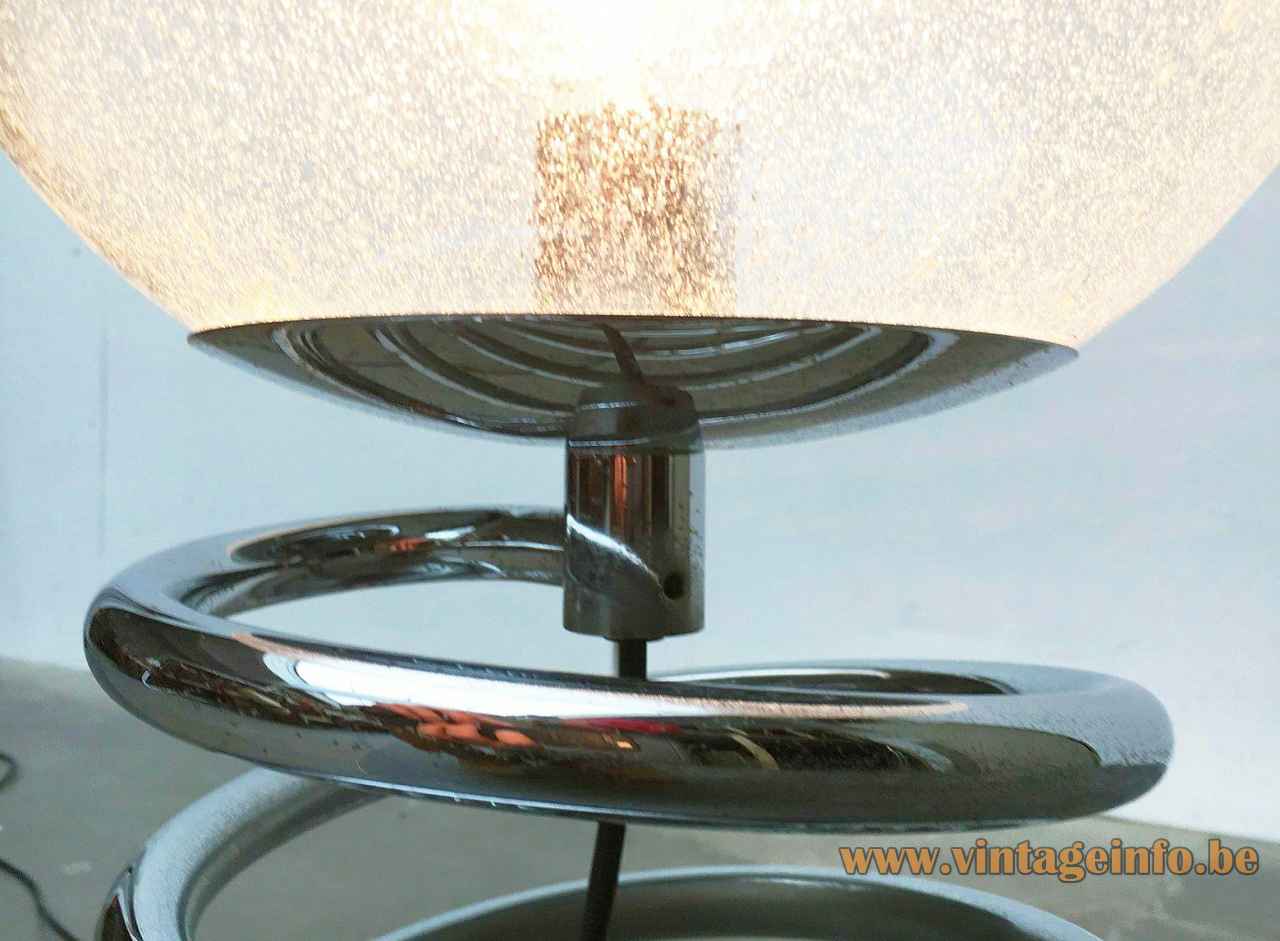 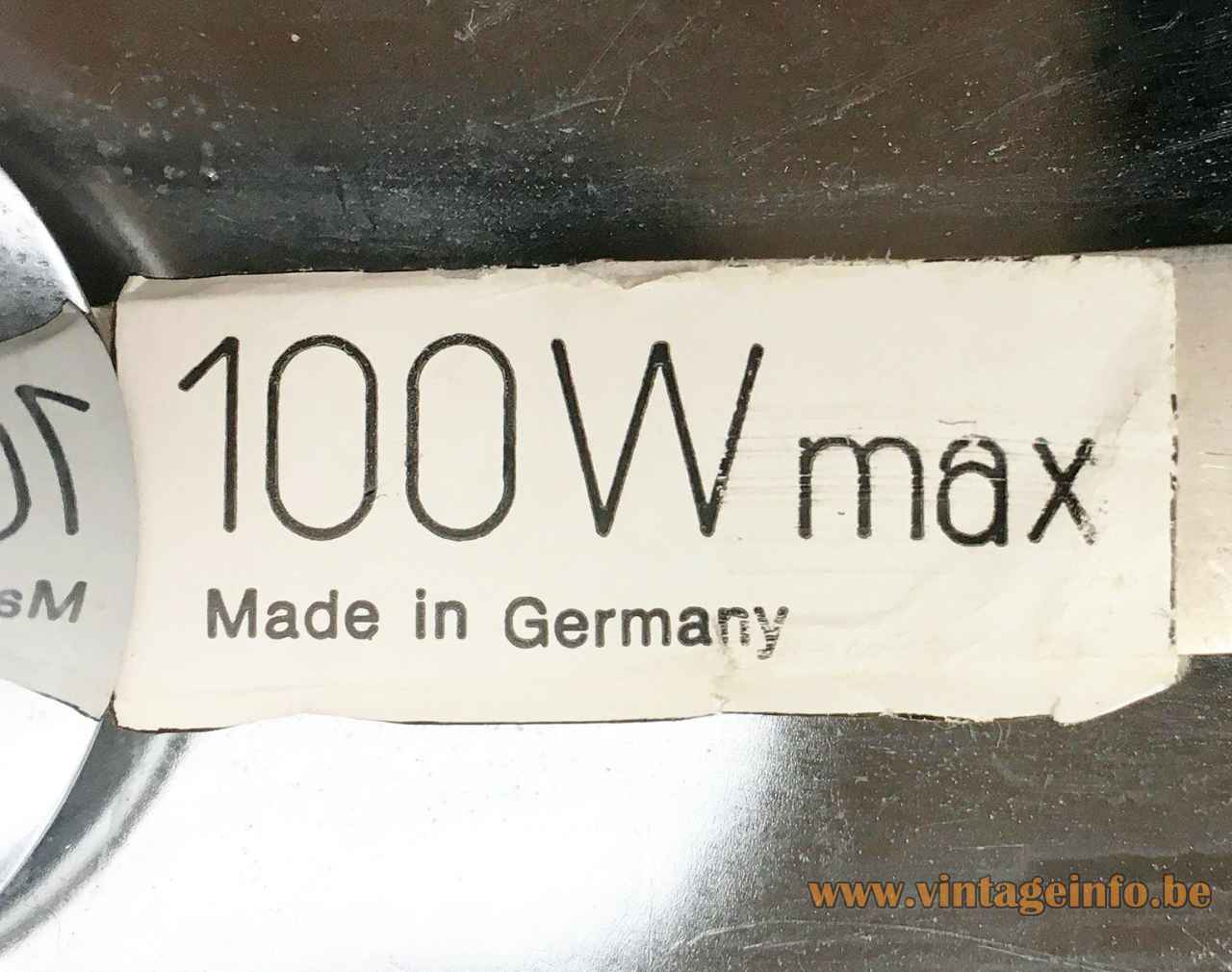 Many companies produced spiral lamps. The first one and at least one of the most famous lamps is the lamp designed by Ingo Maurer and produced by his company M-Design. Often said that it is a lamp from the 1970s, but it was designed and produced for the first time in the late 1960s. His spiral lamp is copied many times, also many variations were made, beware!

In 1971 Heinz Brenker (pseudonym used by Studio Tecnico Interno Harvey Guzzini from 1958 until 1974) designed a spiral table lamp named Jo-Jo for Harvey Guzzini. It was in production from 1972 until 1974.

Other producers that made this type of lamps in the 1970s are, amongst others:
Elco Lite, Woja, Fase, Luciano Frigerio, Sciolari Illuminazione, Lumi, Targetti, Laurel, Sonneman, Bonomi Form, Inter Néo, Massive, AV Mazzega and so on.

The design of this lamp is, to say the least, inspired by the Ingo Maurer spiral lamp from the 1960s. Many other spiral lamps exists.