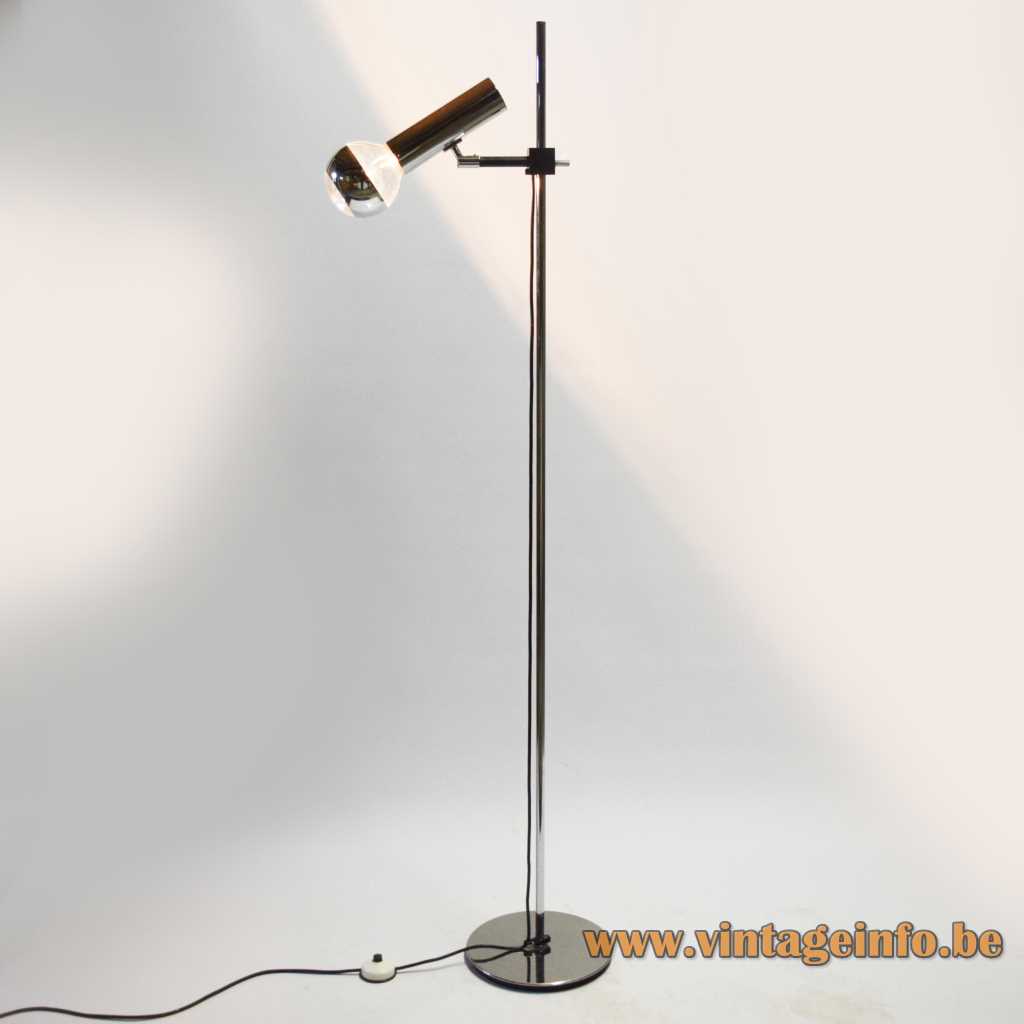 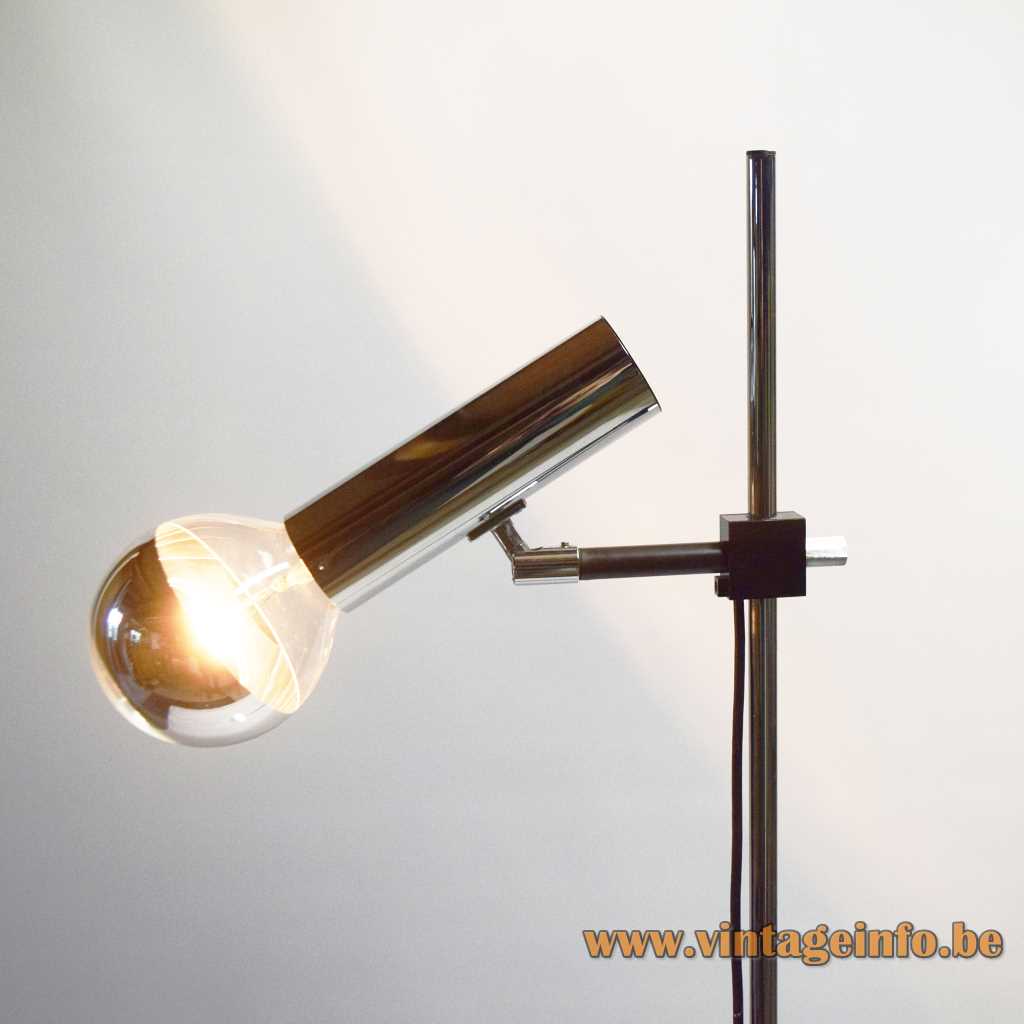 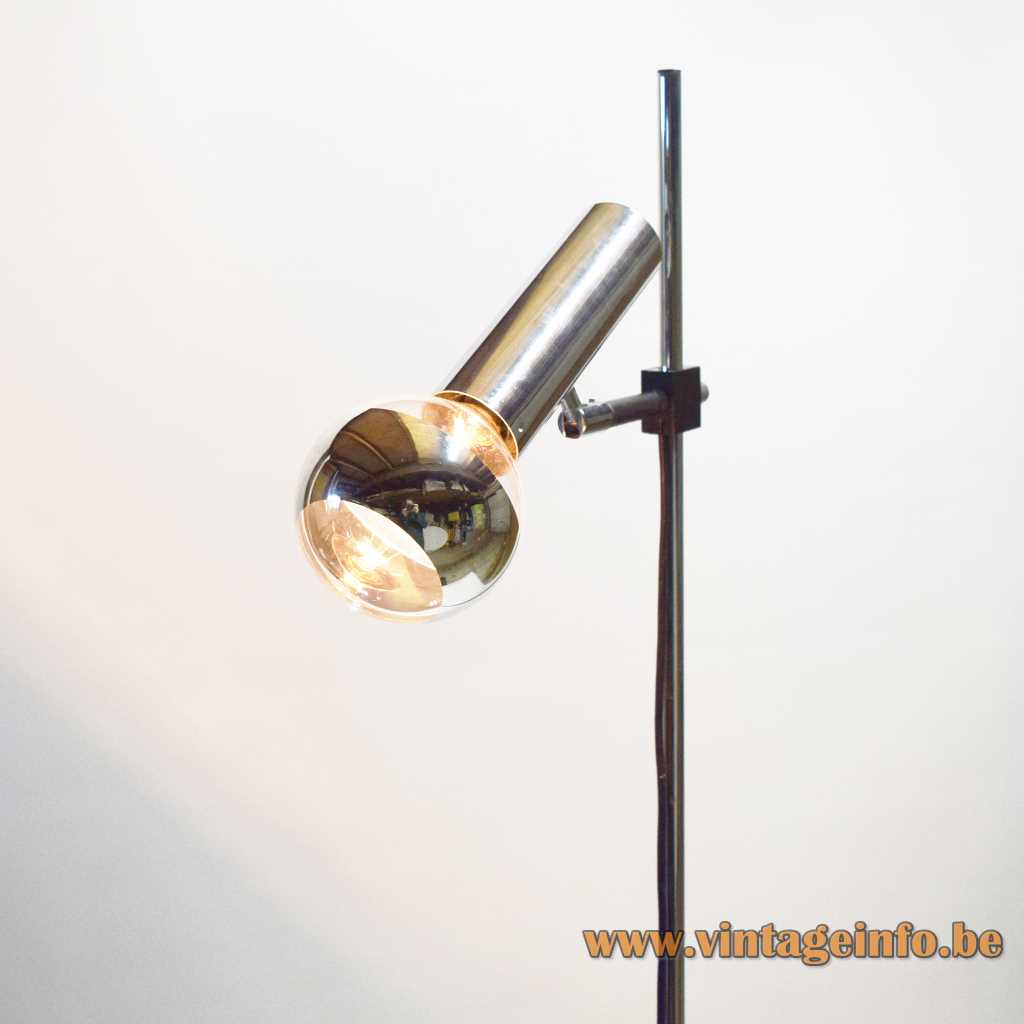 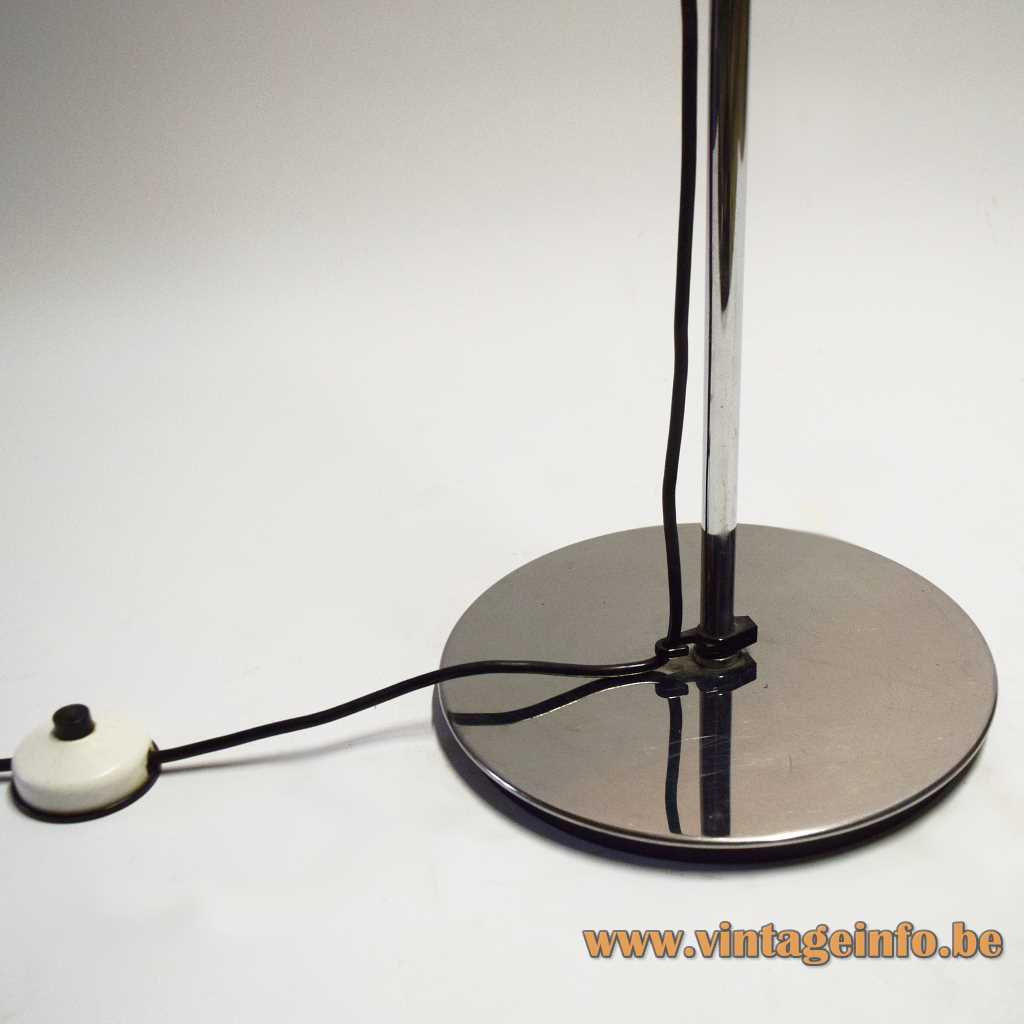 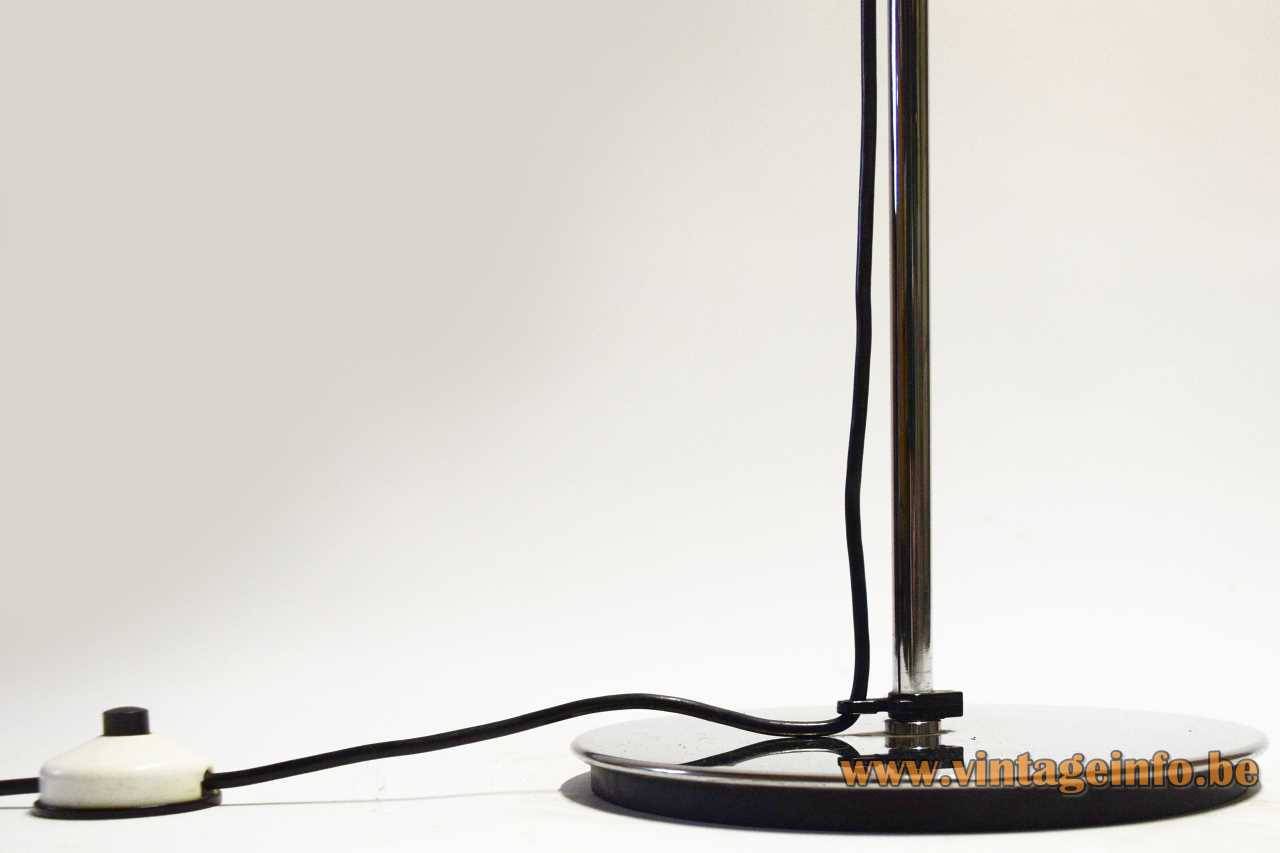 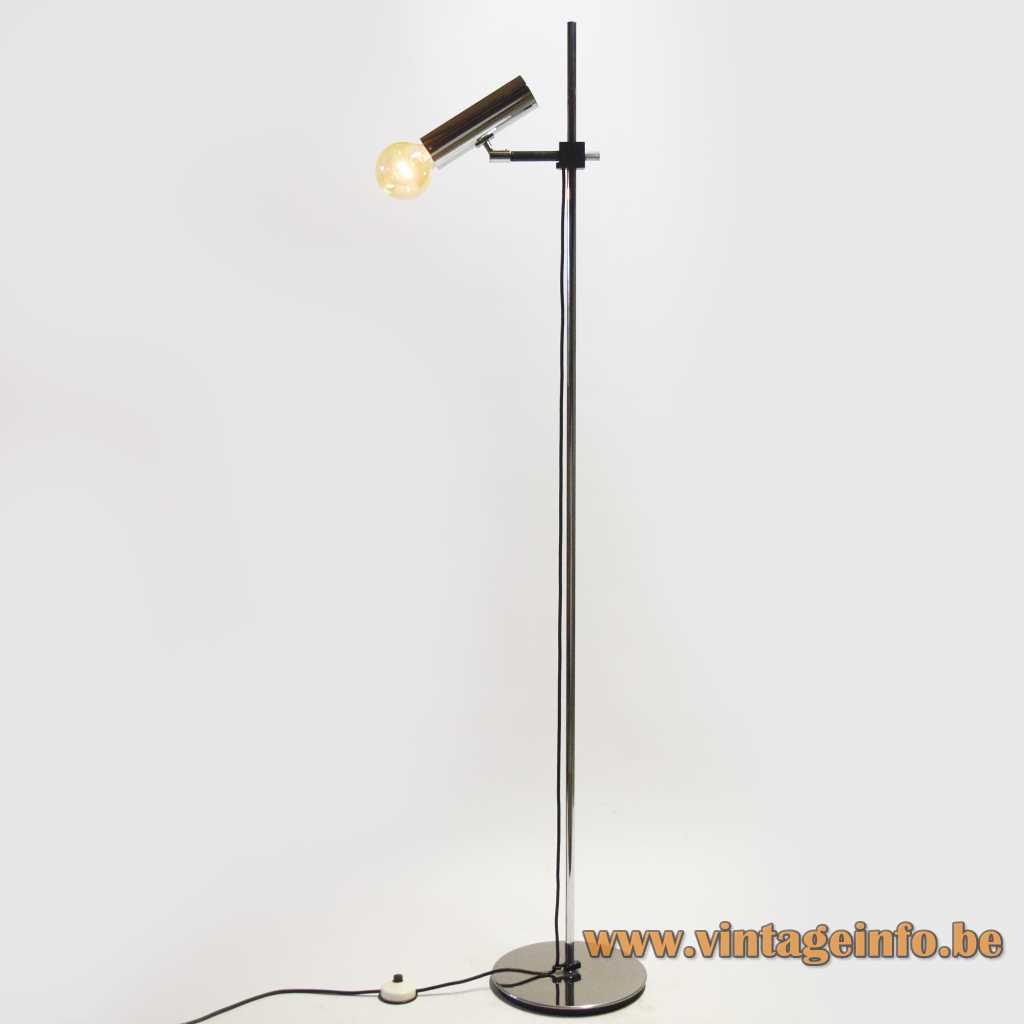 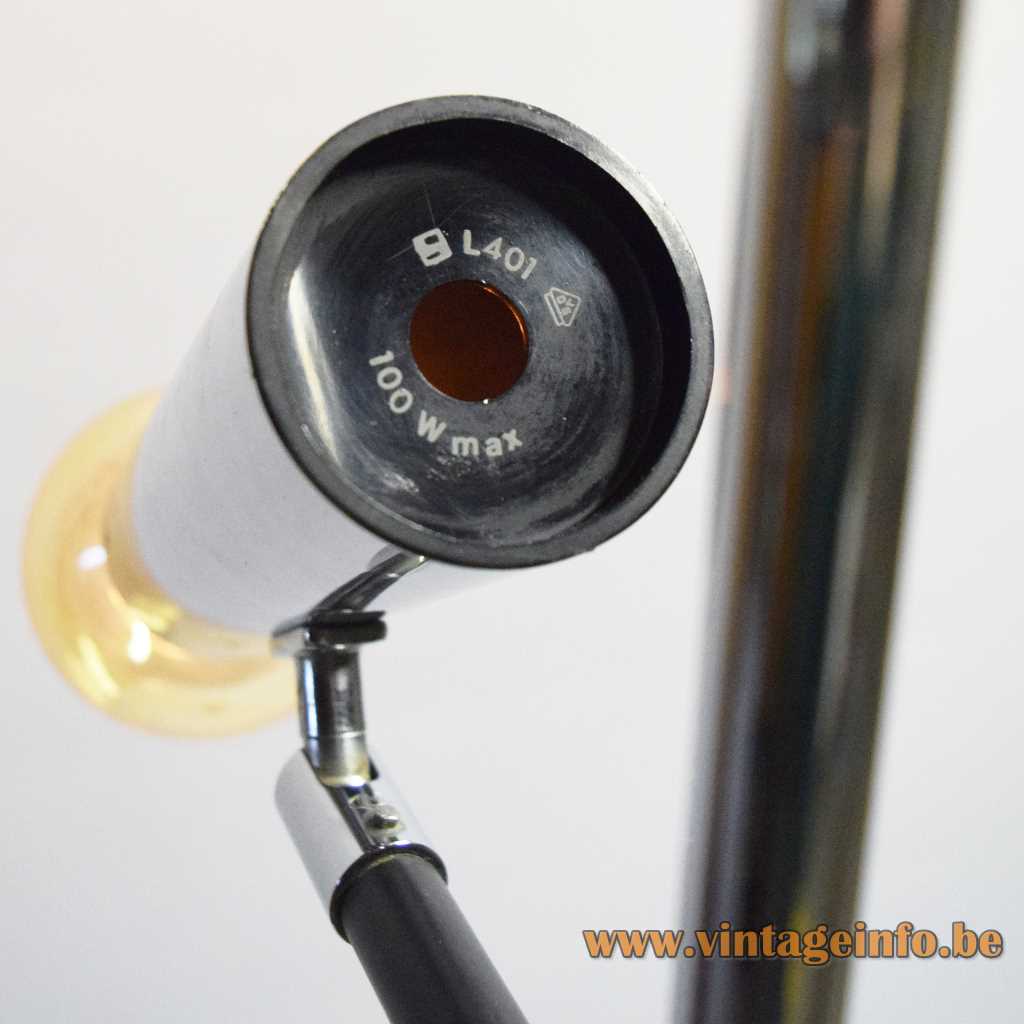 Electricity: 1 bulb E27, 1 x 100 watt maximum, 110/220 volt.
Any type of light bulb can be used, not a specific preferred. For this setup 2 bulbs were used. A ring mirror globe bulb and a yellow semi globe bulb.

Some people use it with a PAR 38 spot and a dimmer. Probably it was intended for a semi half globe. Many minimalist lamps at that time used those globes.

Often said that this lamp is a design of Maria Pergay for Uginox, but those are false assumptions. The square plastic middle part is typical for the Arnold Berges design. Several Staff lamps by his hand have this square part, all designed in the early 70s. These floor lamps were a big succes. Staff produced them until late in the 1980s. This one is an eighties version. Early editions have a black base.

No information can be found about the designer. He designed many beautiful lamps for Staff. Several of them can be found here on Vintageinfo. An Arnold Berges lives in Hennef, Germany. It is unclear if it is the designer.