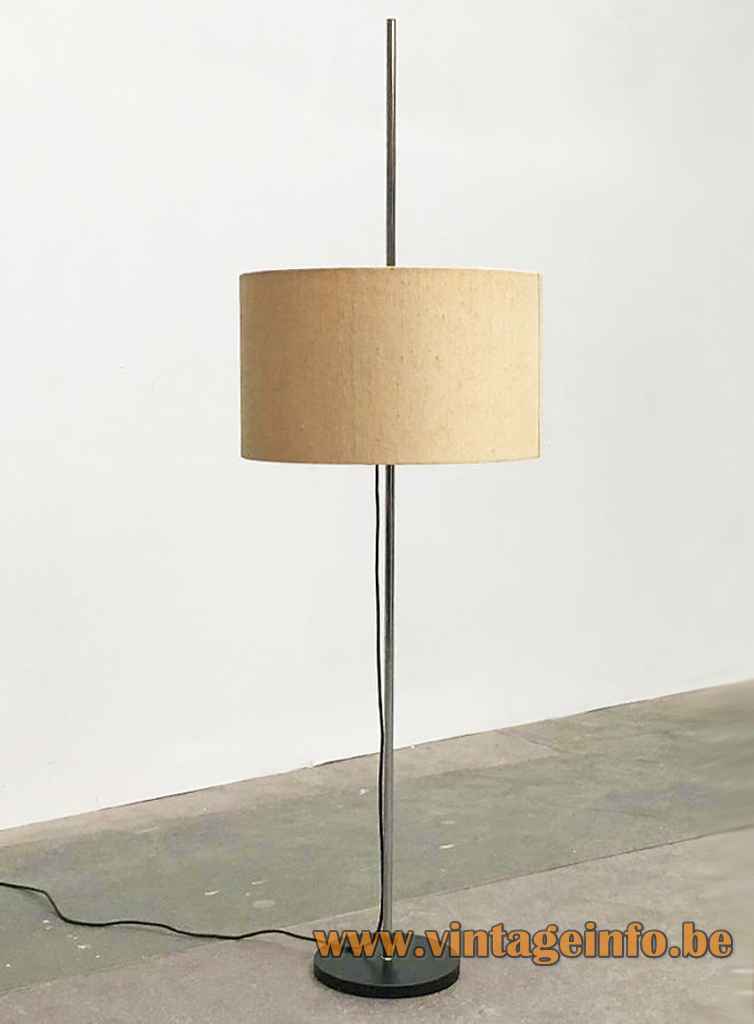 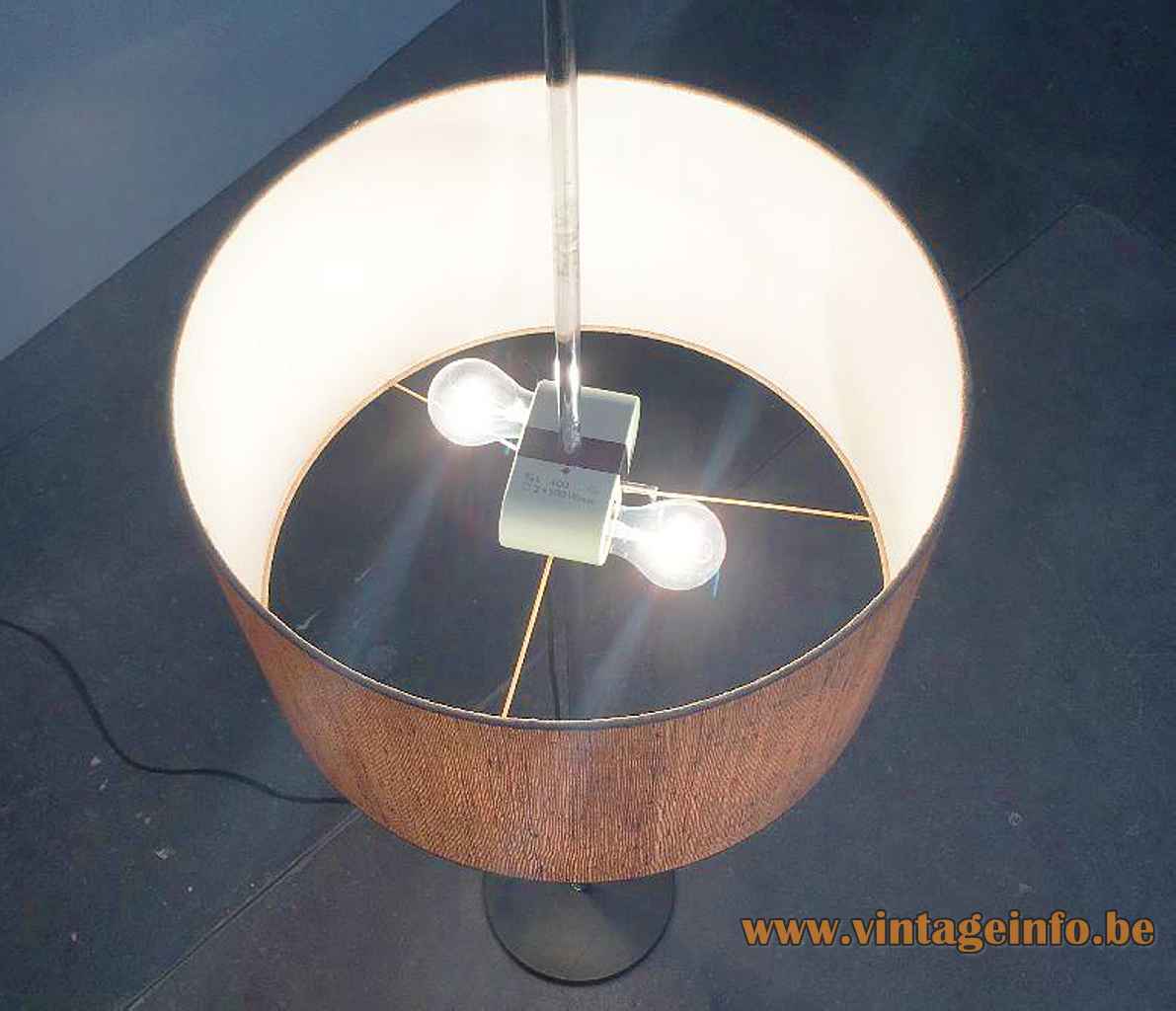 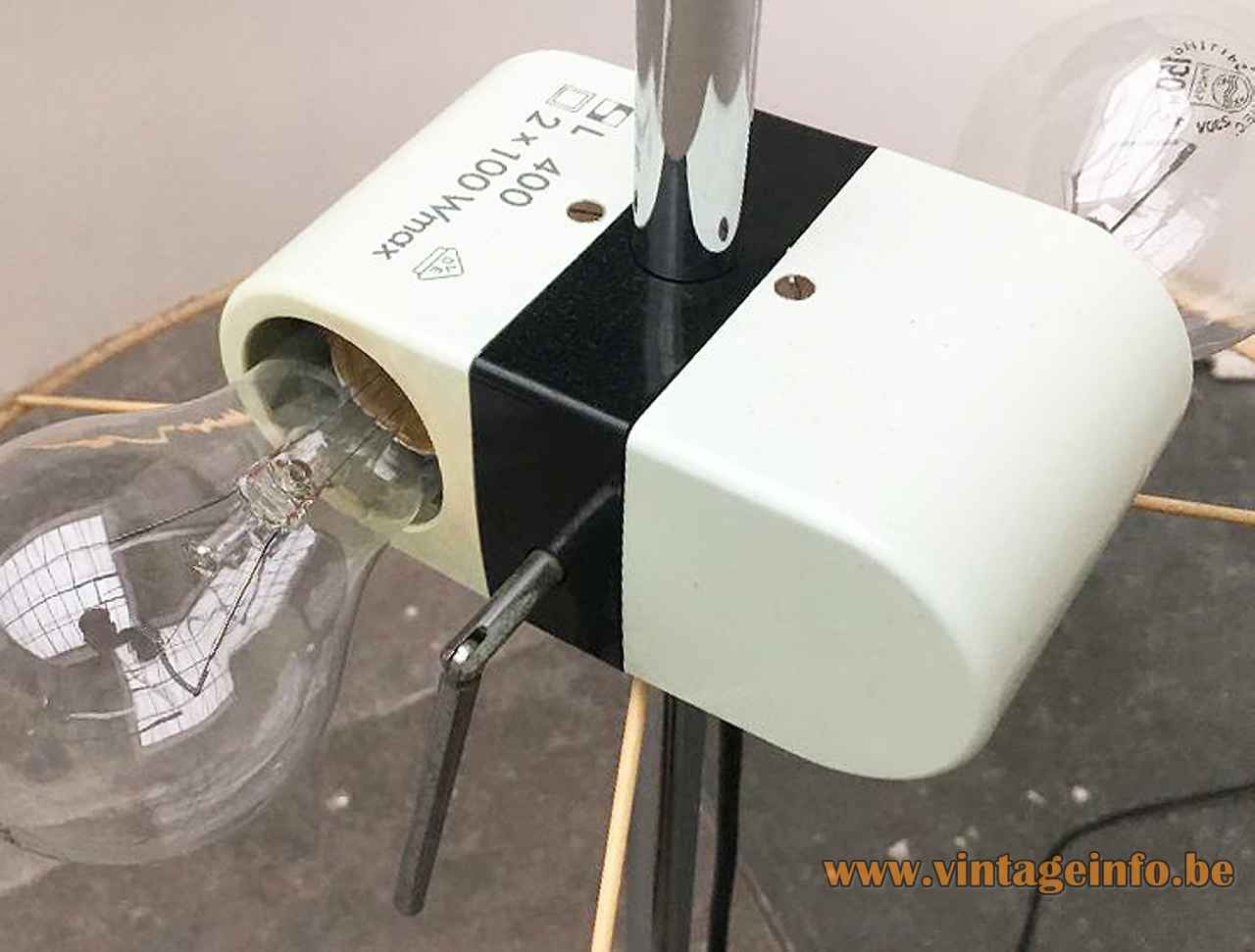 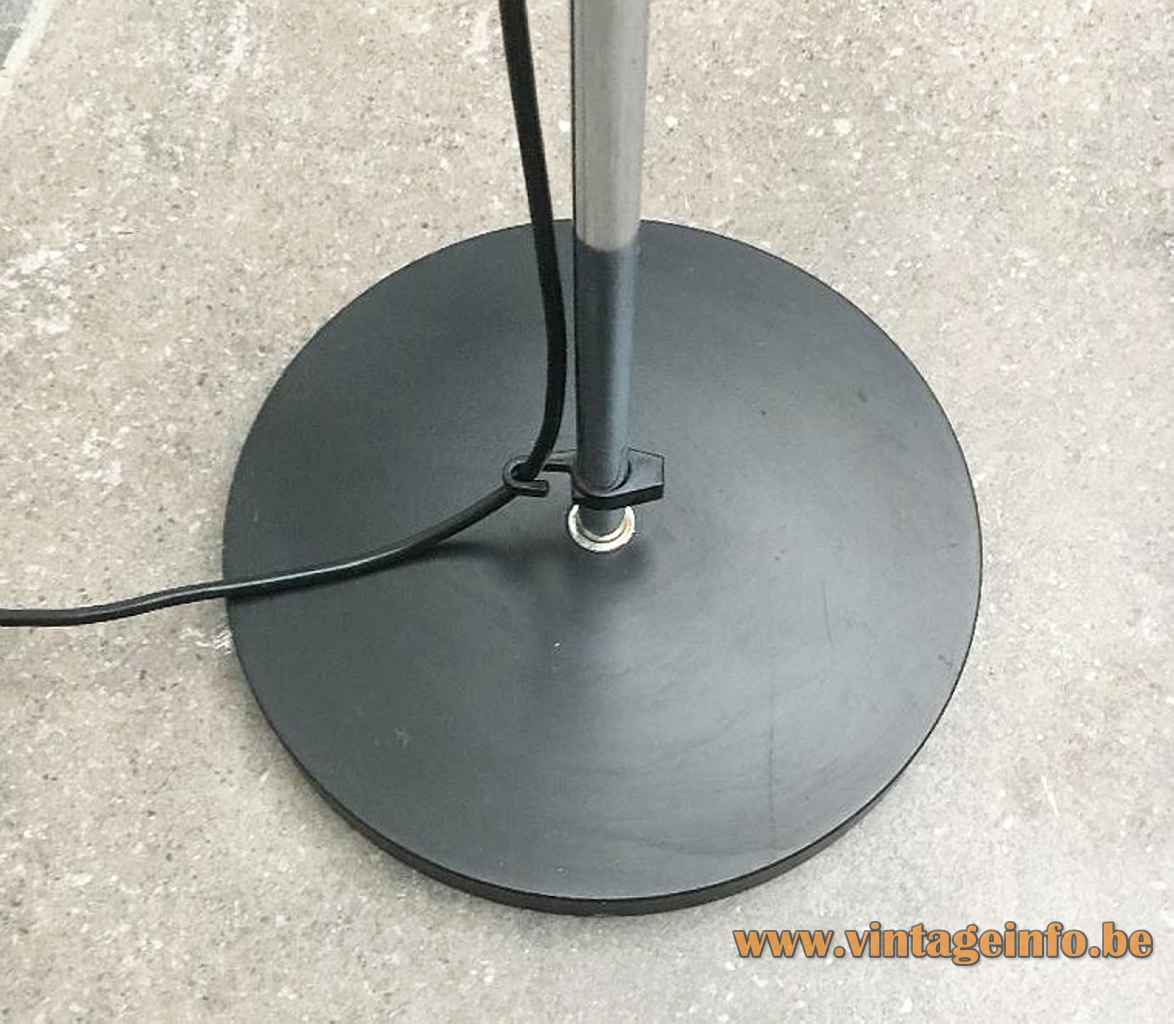 iF Design Award for this 1960s Staff floor lamp

This floor lamp in the Raak 1968 catalogue

Other versions: This 1960s Staff floor lamp exists in many variations and was also made with a smaller, long tubular lampshade. Several types of fabric were used. Later versions from the 70s have a chrome base. Lamps with a tripod base exists. It was also made as a table lamp. They were made with a pull cord switch or with a switch on cord. Produced for many years, until the 1980s.

This lamp, but with a slightly different lampshade, model 1160, received an iF Design Award in 1963. Discipline: Product. This lamp is from the late 60s, when Staff started to use different numbers.

These floor lamps were also sold by the Dutch Raak company. You can find them over here in the 1968 catalogue.

A 1960s Staff floor lamp was used as a prop in the 2016 French-Belgian television thriller series Zone Blanche (White zone but named Black spot). Starring Suliane Brahim, Hubert Delattre and Laurent Capelluto. Here together with a tilted Philips Timor or Major desk lamp. Many other lamps appear in this TV series. 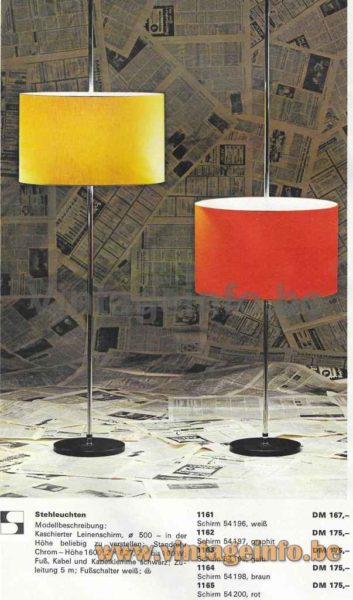