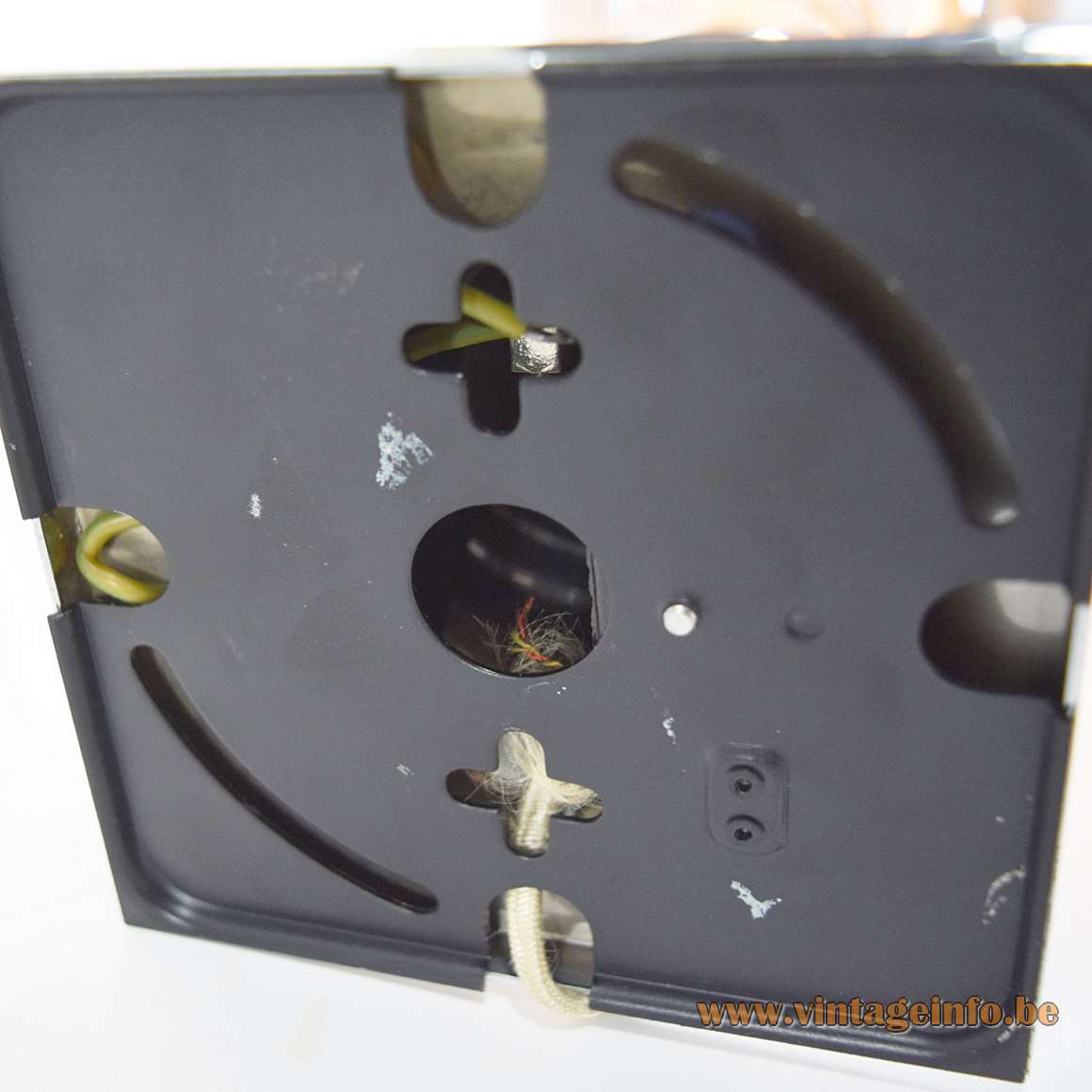 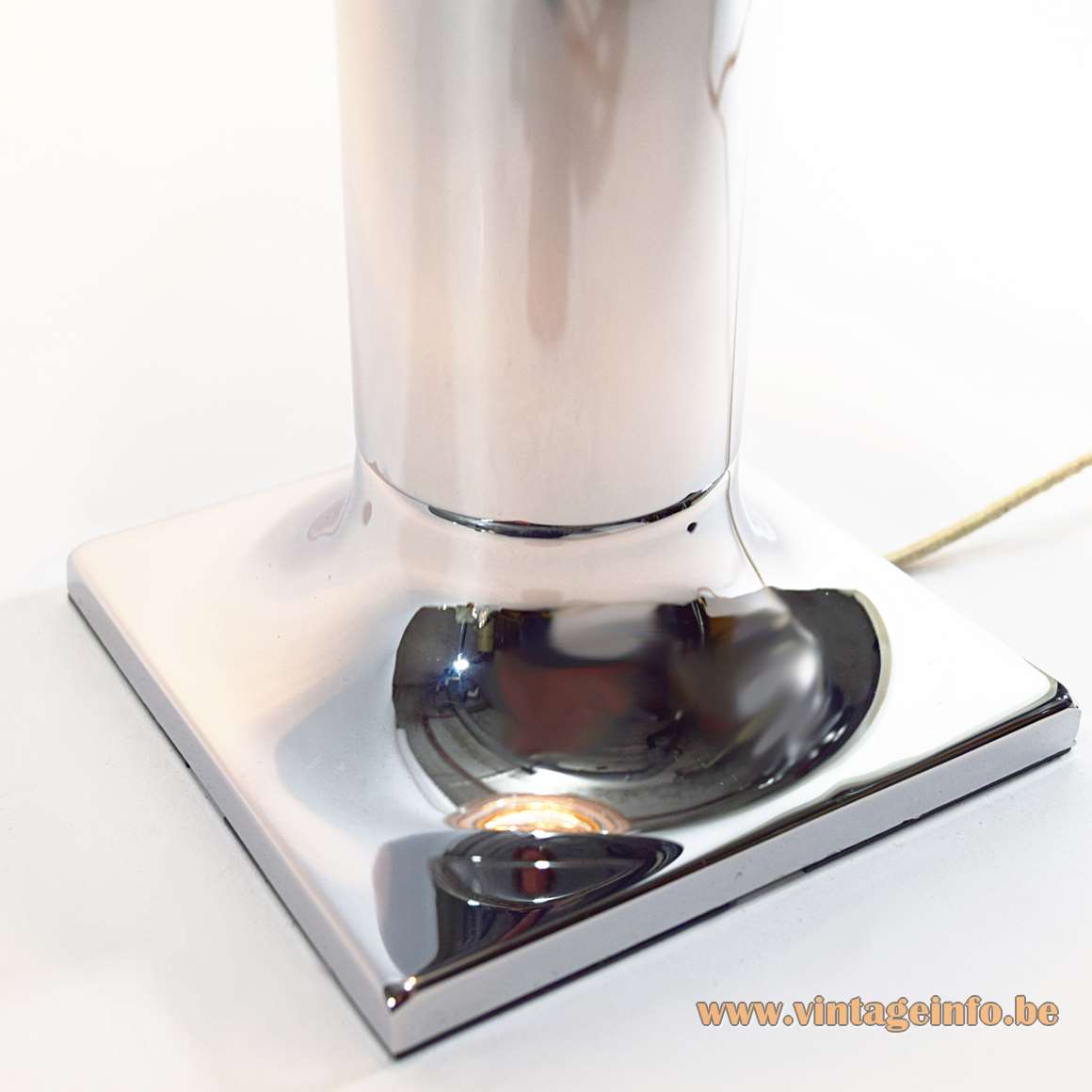 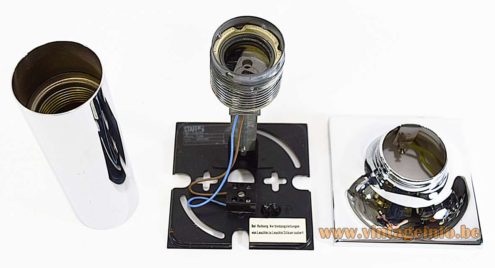 Other versions: This Staff chrome tube flush mount exists in 3 different sizes and was also made in white and was produced in several variations, as you can see. It also exists with a round base. They are intended as flush mount or wall lamp.

Often said that this lamp is a design of the Japanese lighting designer Motoko Ishii, but it is not. These lamps are a design of Rolf Krüger, well known for his Cross Oyster wall lamp he designed for Staff. You can find it over here. Rolf Krüger designed several other beautiful lamps for the company.

These lamps were awarded in 1967, but the table lamp with a cap received an iF Design Award in 1968.

iF Design Award for the table lamp