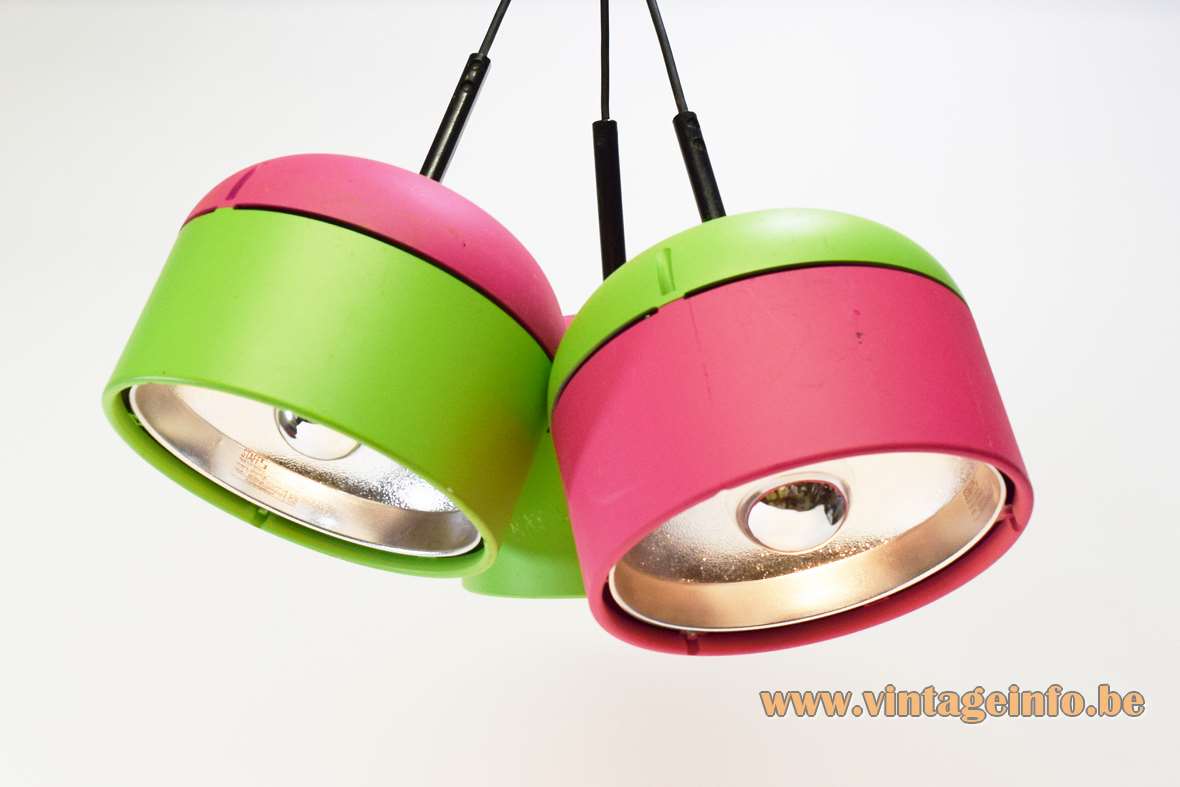 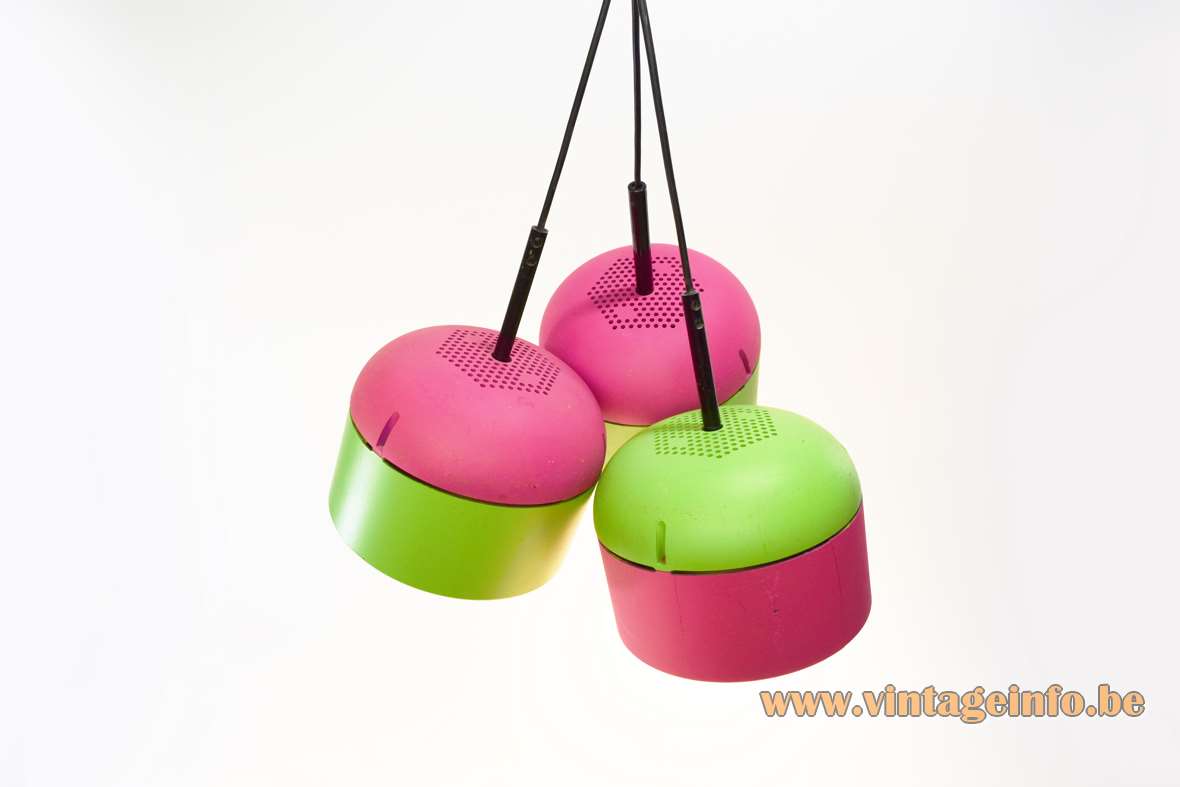 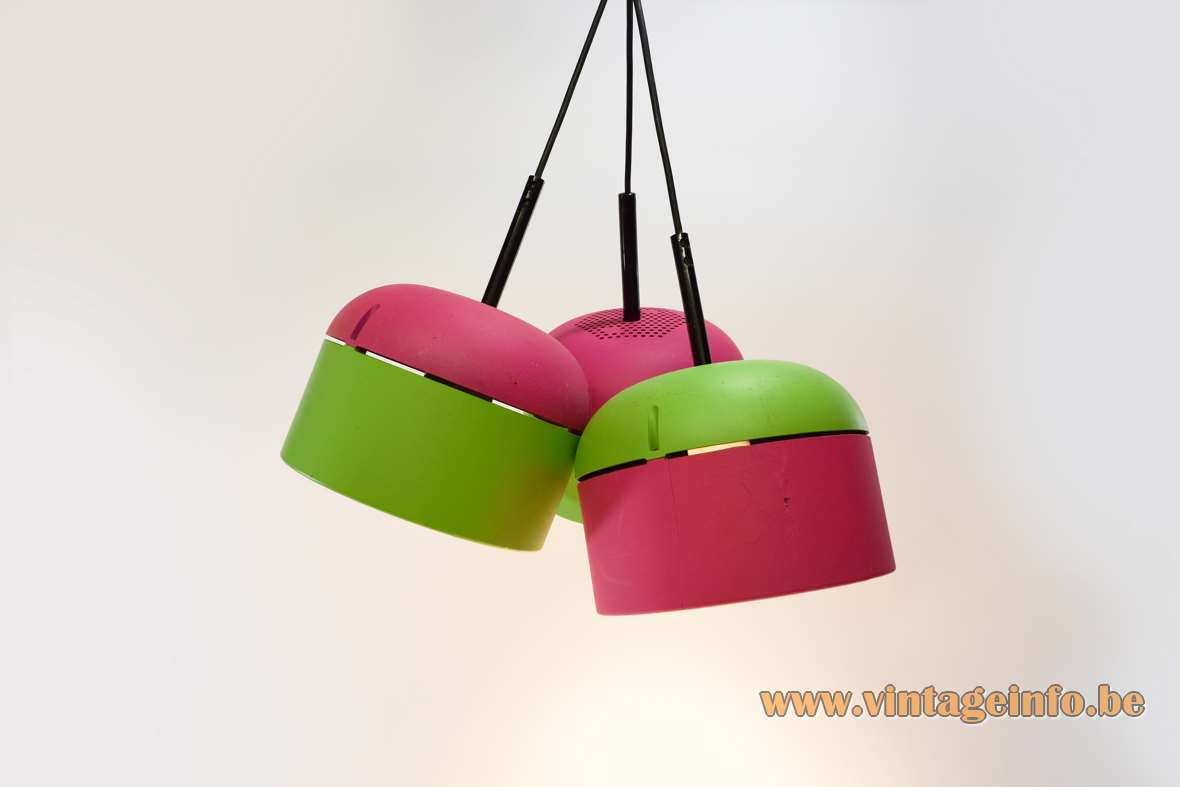 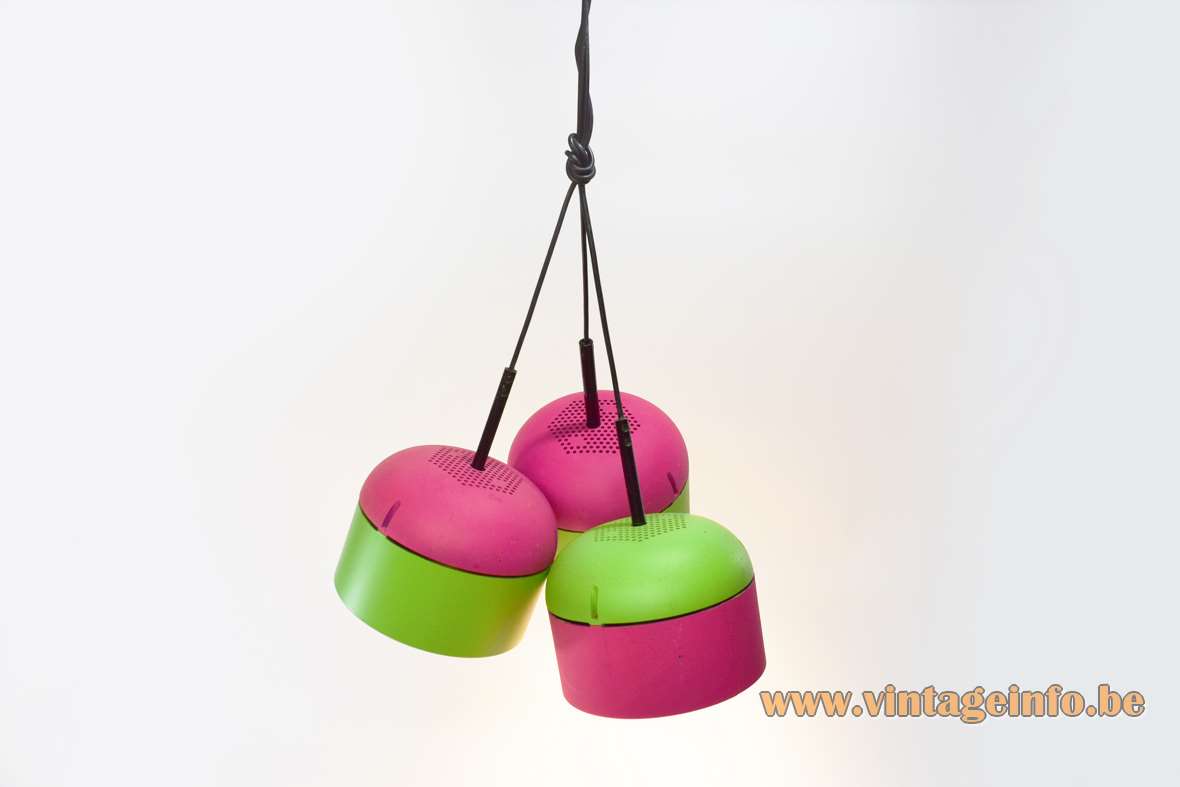 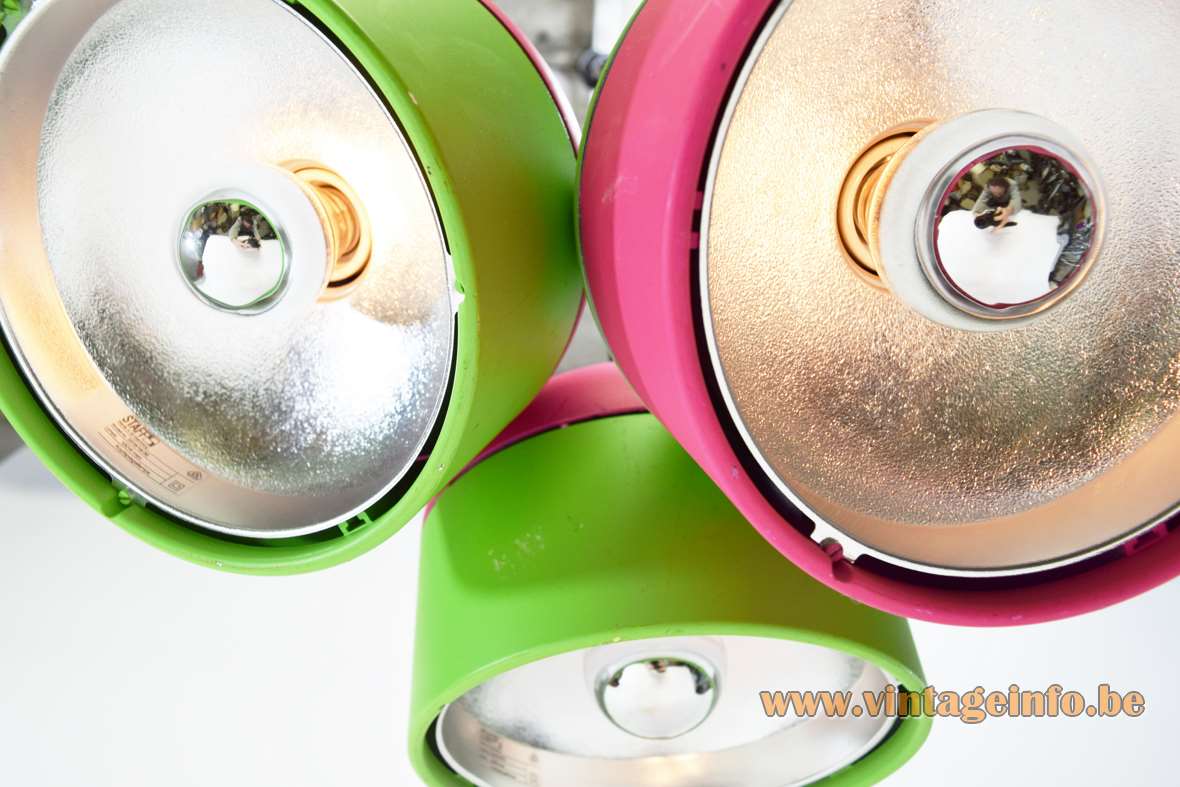 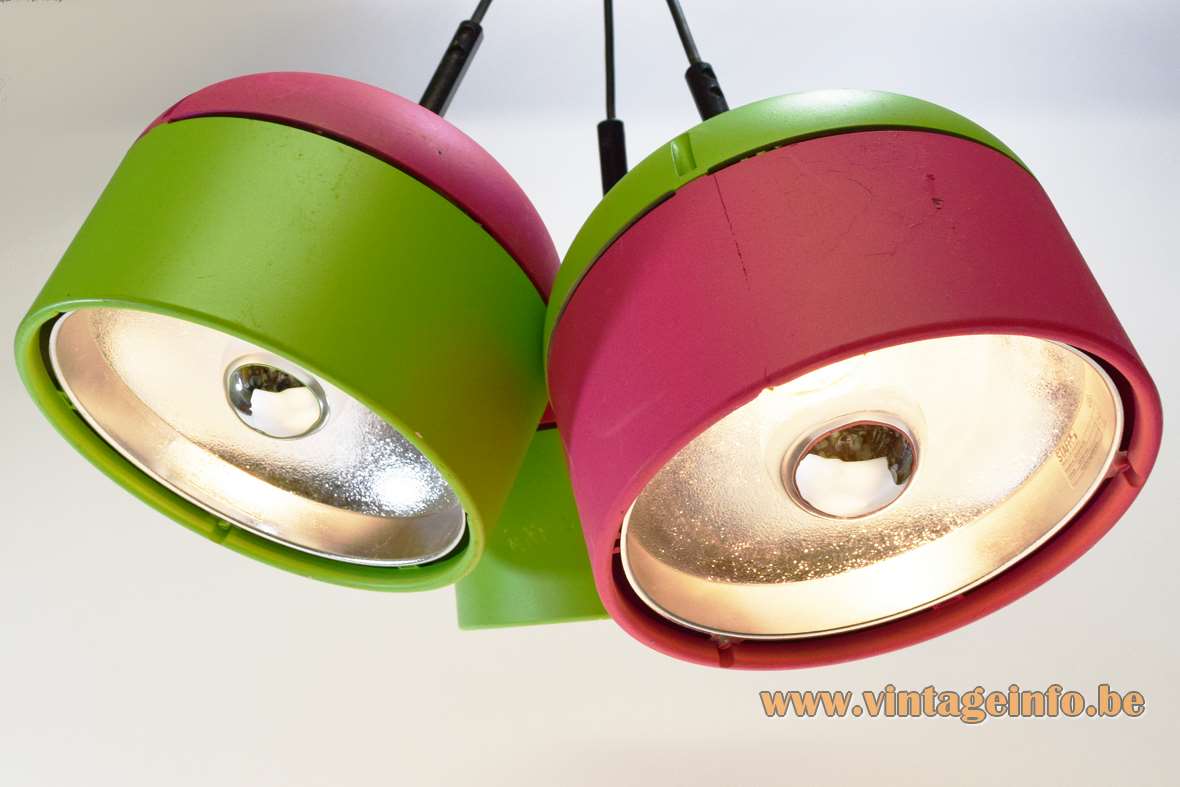 Designer: Arnold Berges (no information to be found about the designer).

Other versions: These Staff pendant lamps 5518 were made in several sizes and colours. Also made as a wall lamp, spotlight, spotlight on rail, table lamp, floor lamp.


The model 5518 is a white coloured lamp. In all probability these 3 pendant lamps were repainted a long time ago, presumably in the late 80s, when these colours were popular. Maybe on order, but that is unlikely. The painting was done very well, the lamps were completely disassembled.

Staff also produced lamps for other companies such as Stilnovo (Italy) and Lyfa (Denmark). In 1994 Zumtobel bought the company.

Lamps from the same series on Vintageinfo 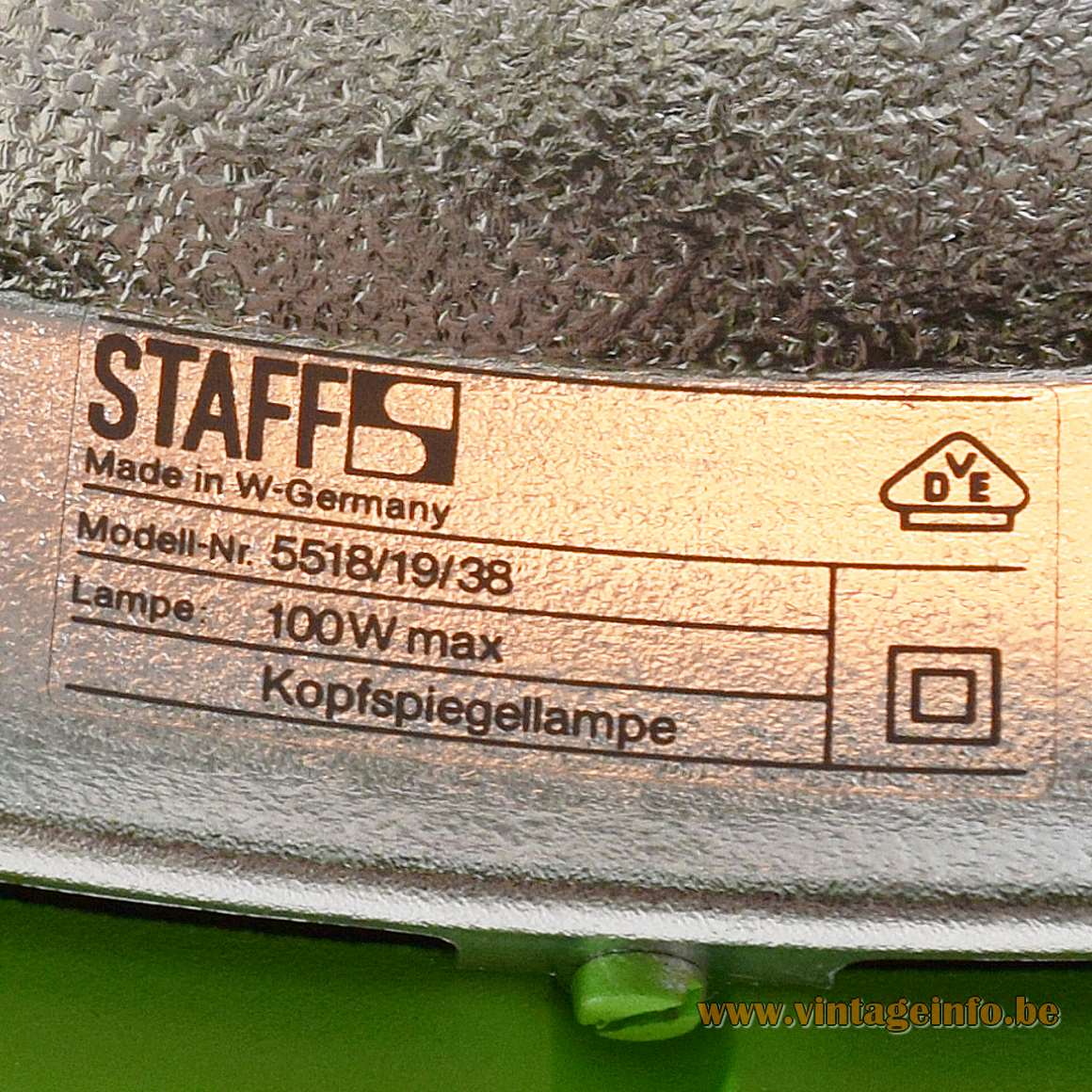