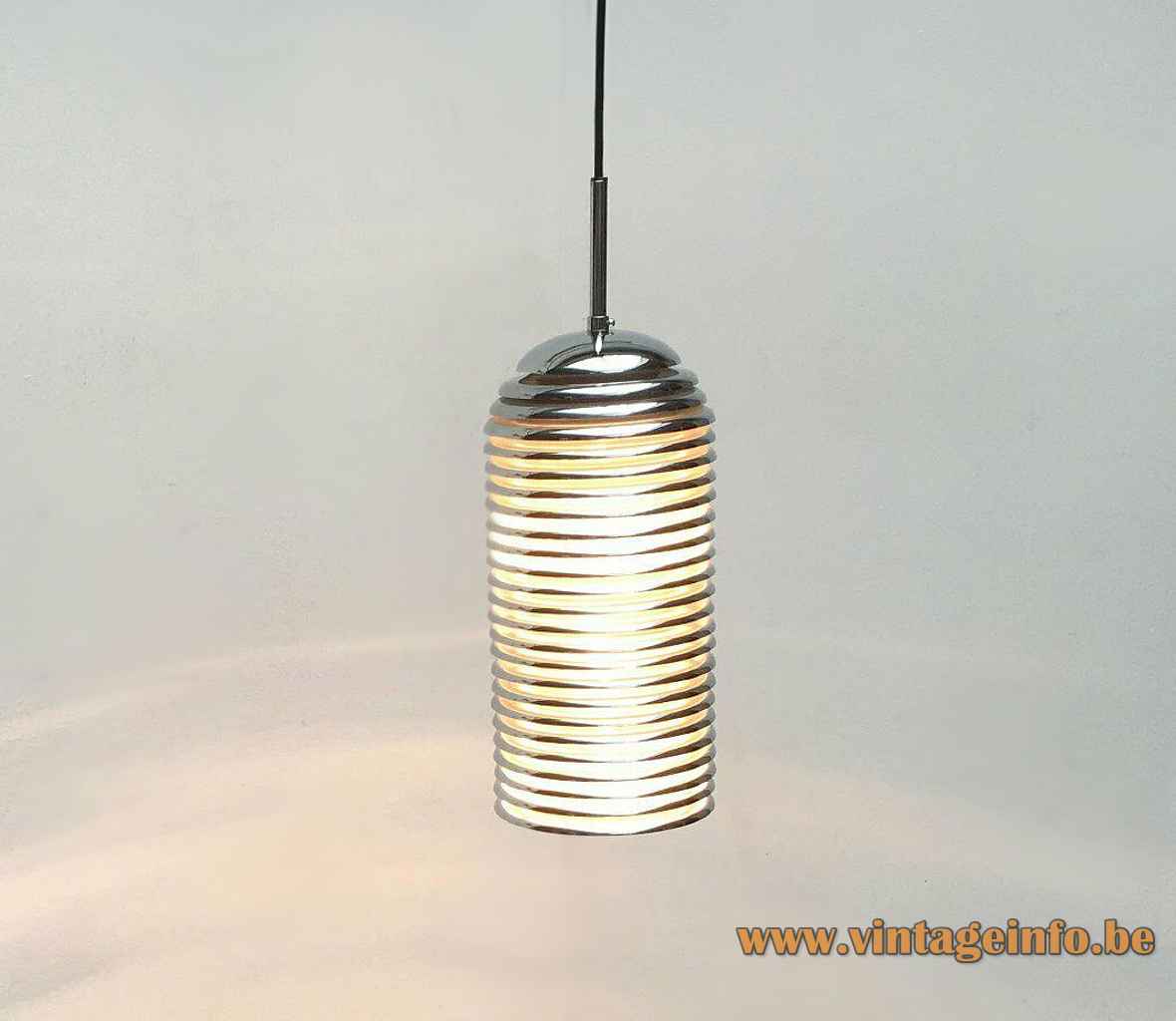 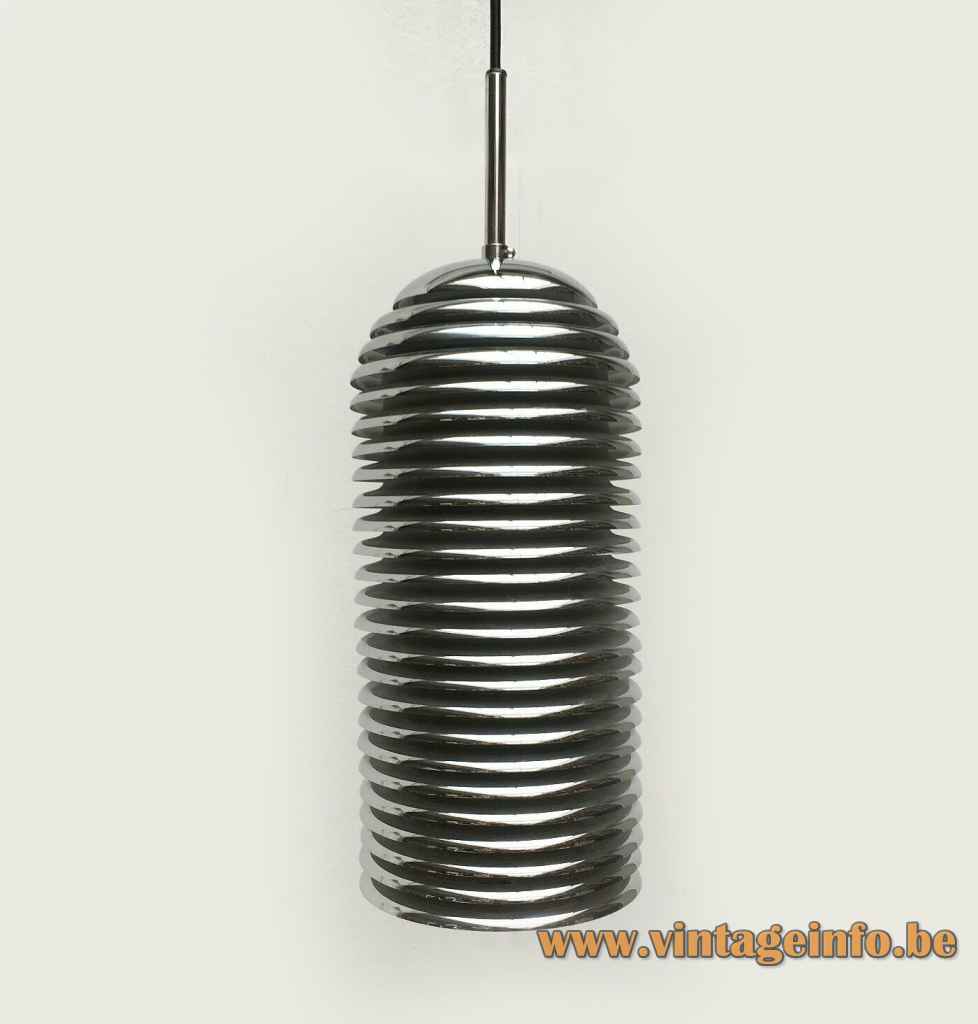 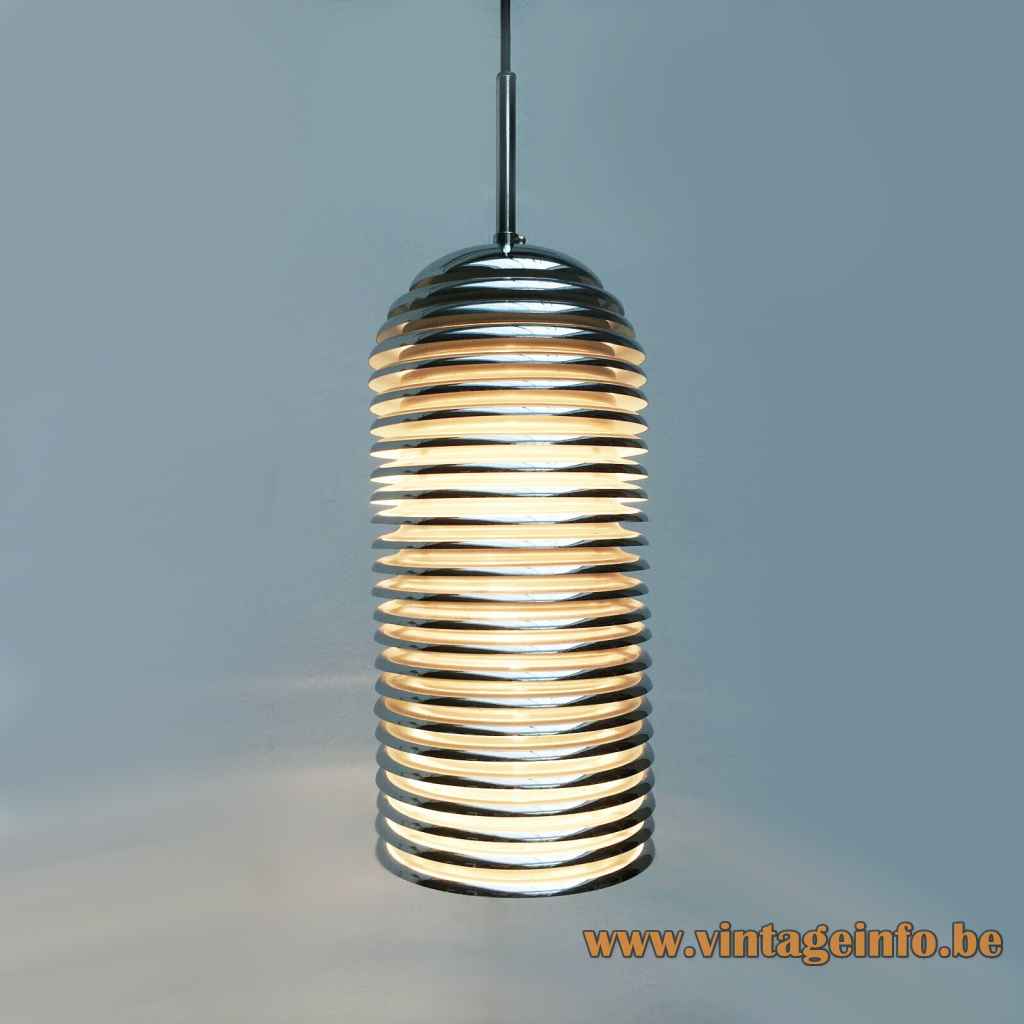 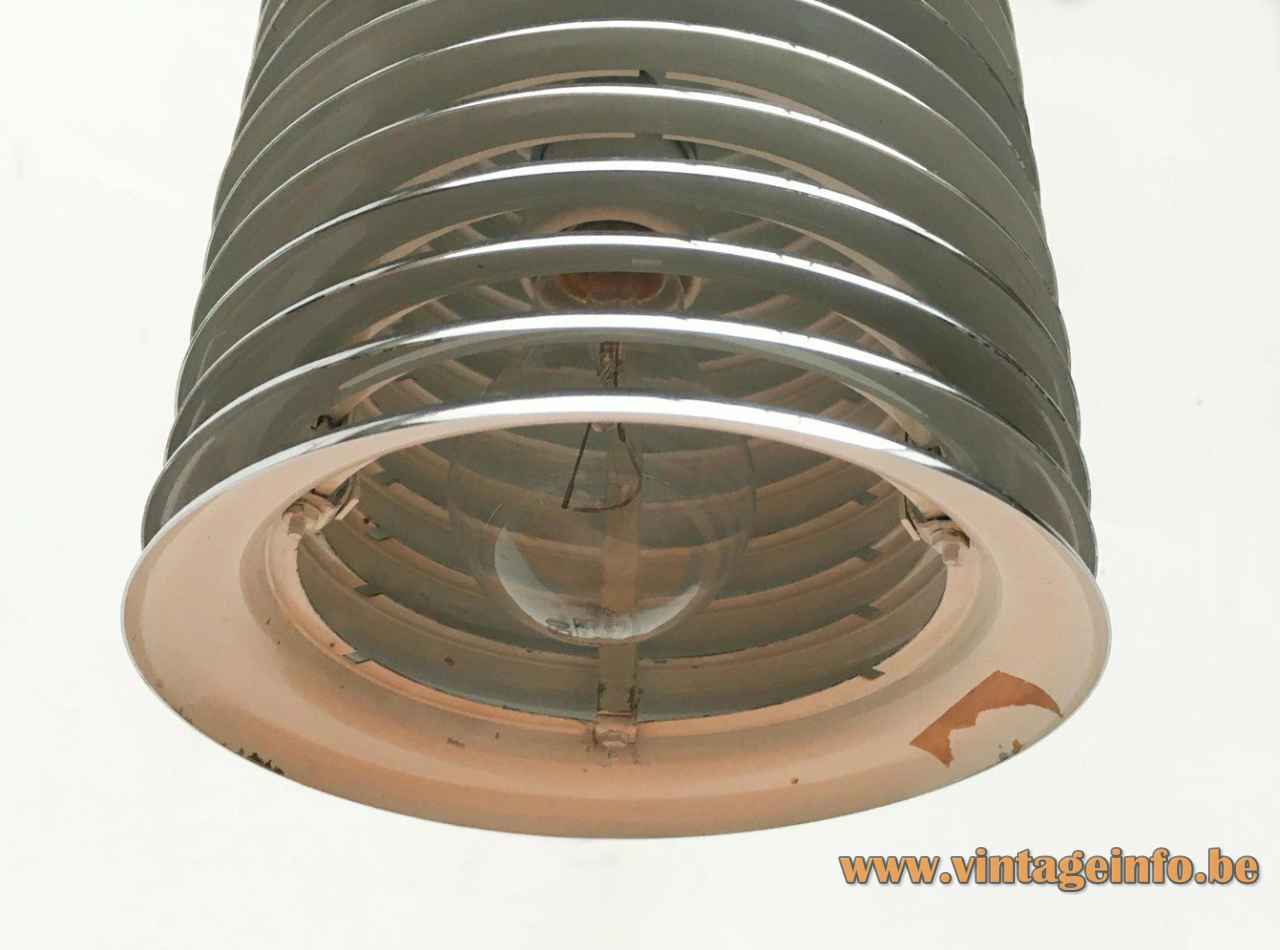 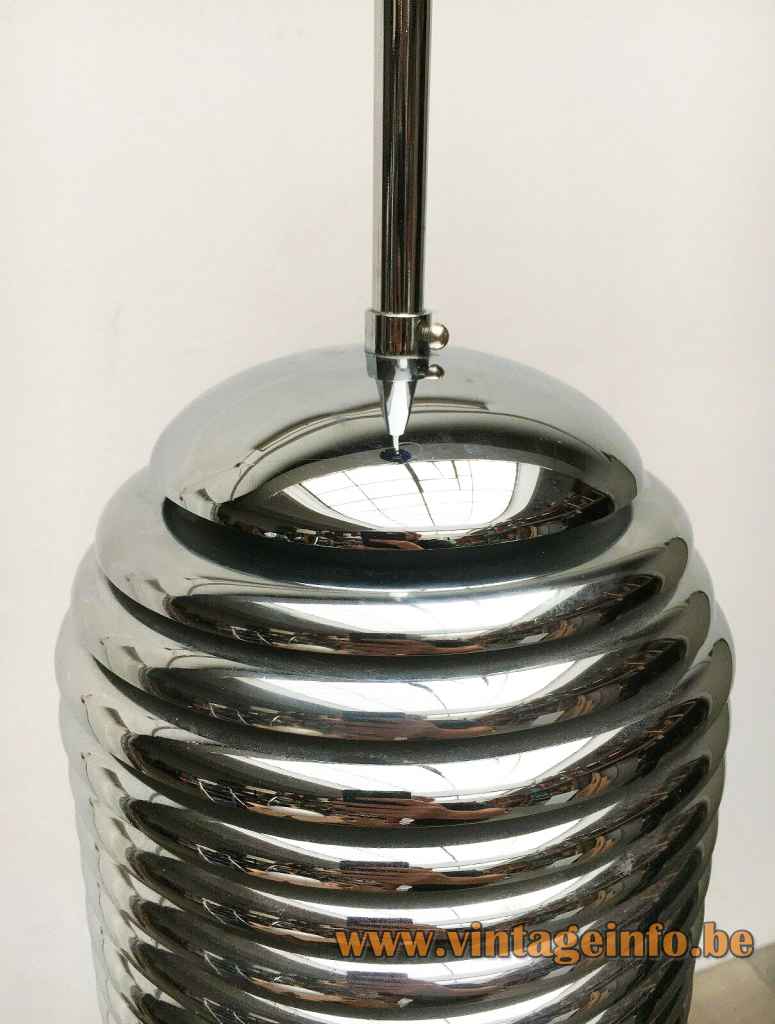 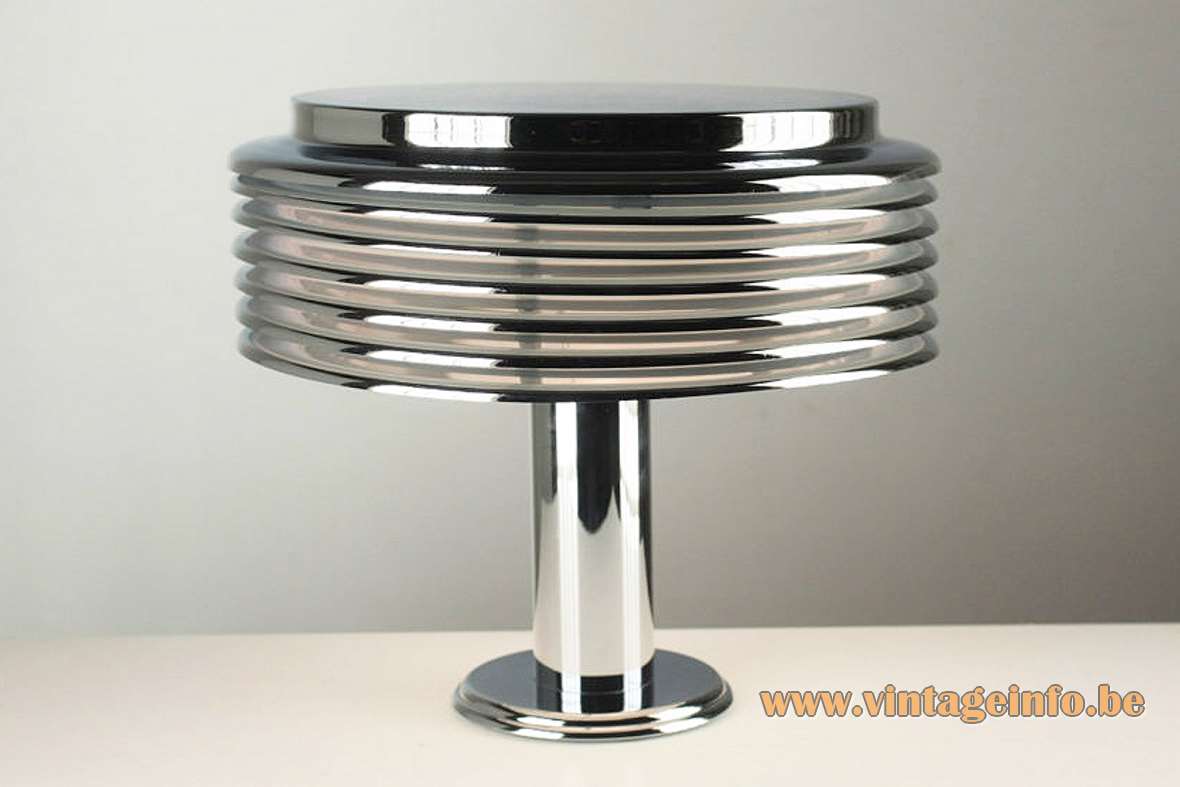 2 Kazuo Motozawa Saturno table lamps were used as a prop in the 2019 Spanish supernatural crime-thriller film Legado En Los Huesos (The Legacy of the Bones). Starring Marta Etura, Leonardo Sbaraglia and Álvaro Cervantes. This film is a sequel to the 2017 film El Guardián Invisible (The Invisible Guardian). The sequel to this film titled Ofrenda A La Tormenta (Offering to the Storm). Many lamps appear in these 3 films. Most lamps appear in the third film. The Kazuo Motozawa Saturno table lamp also appears in the third movie, but you only see 1 lamp.

Other versions: This Kazuo Motozawa Saturno pendant lamp exists in several versions. Also table lamps were made. The table lamp exists also in white, you can find it over here. A similar pendant lamp is named Aureola. It is thicker and shorter.