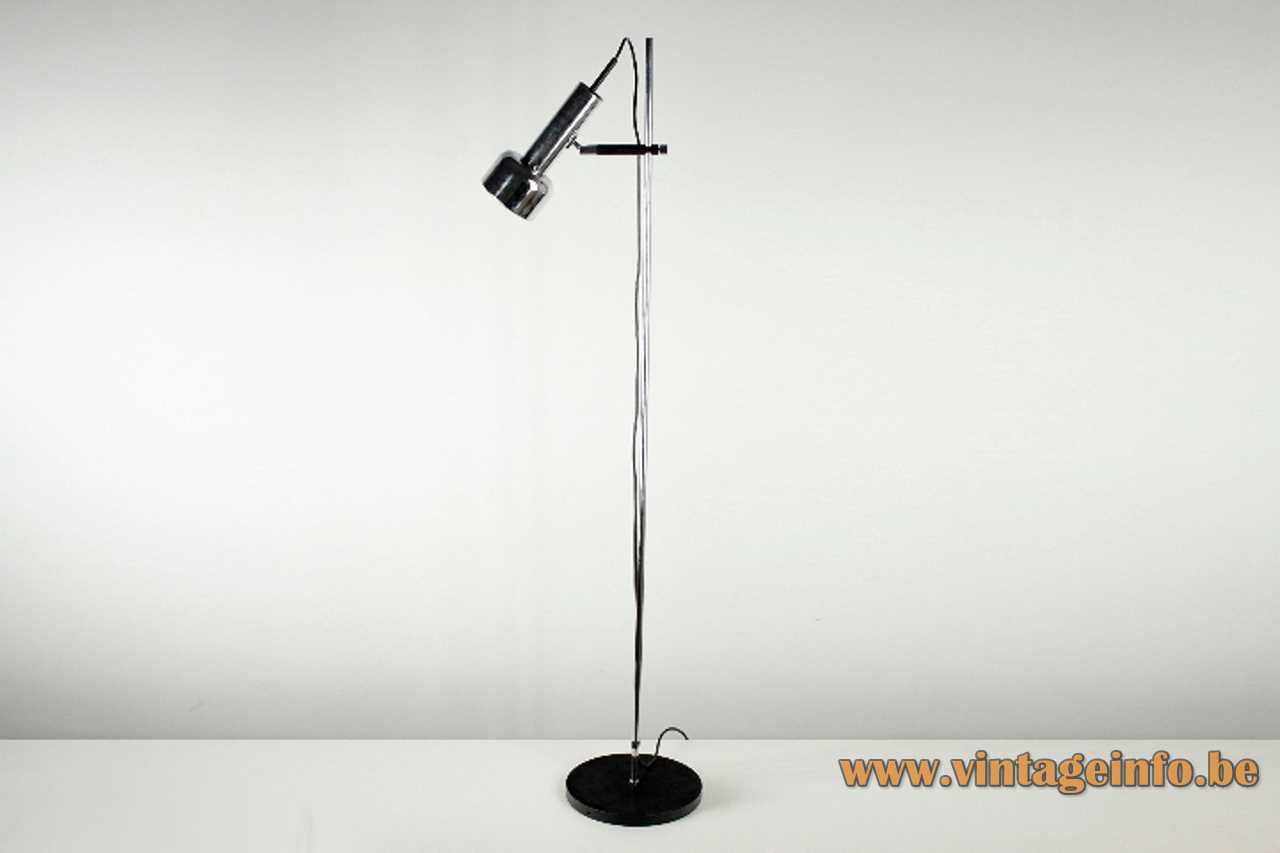 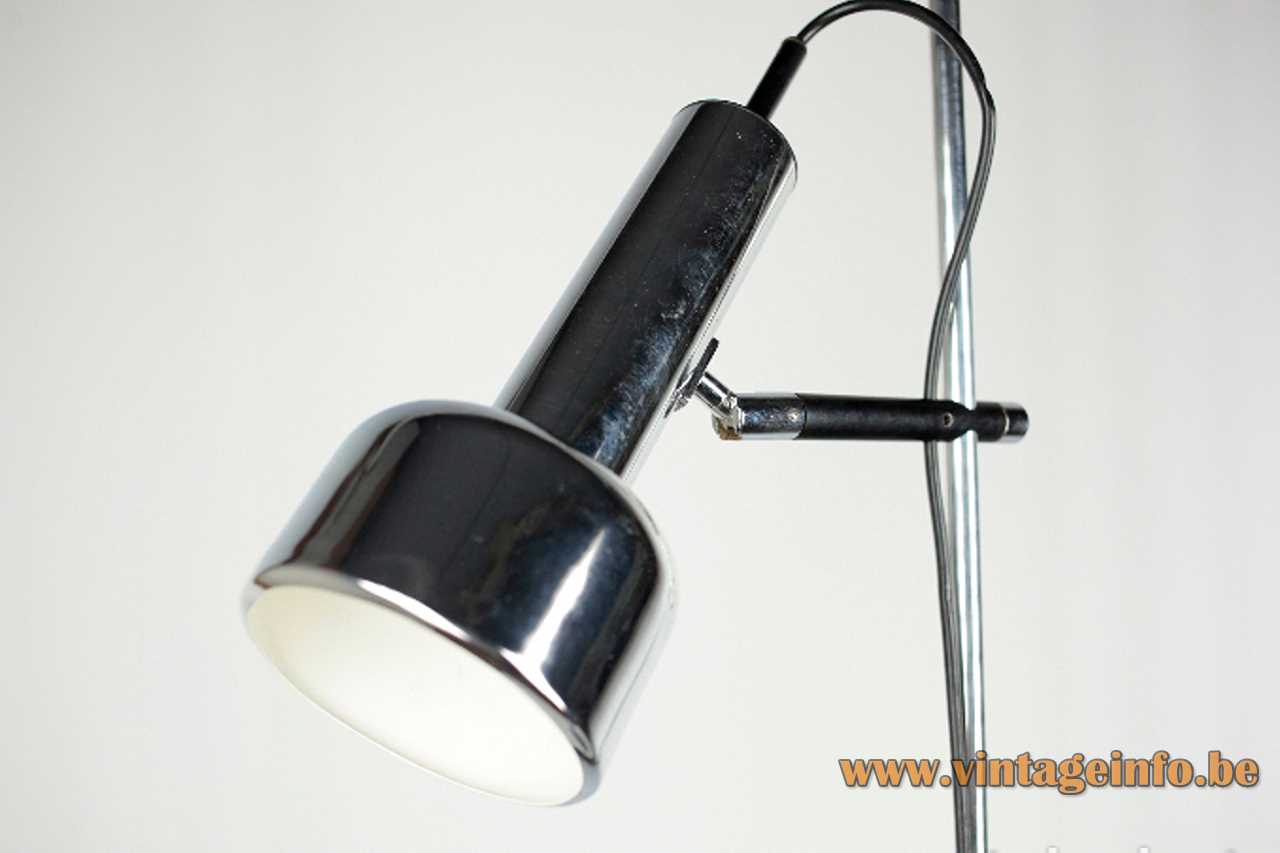 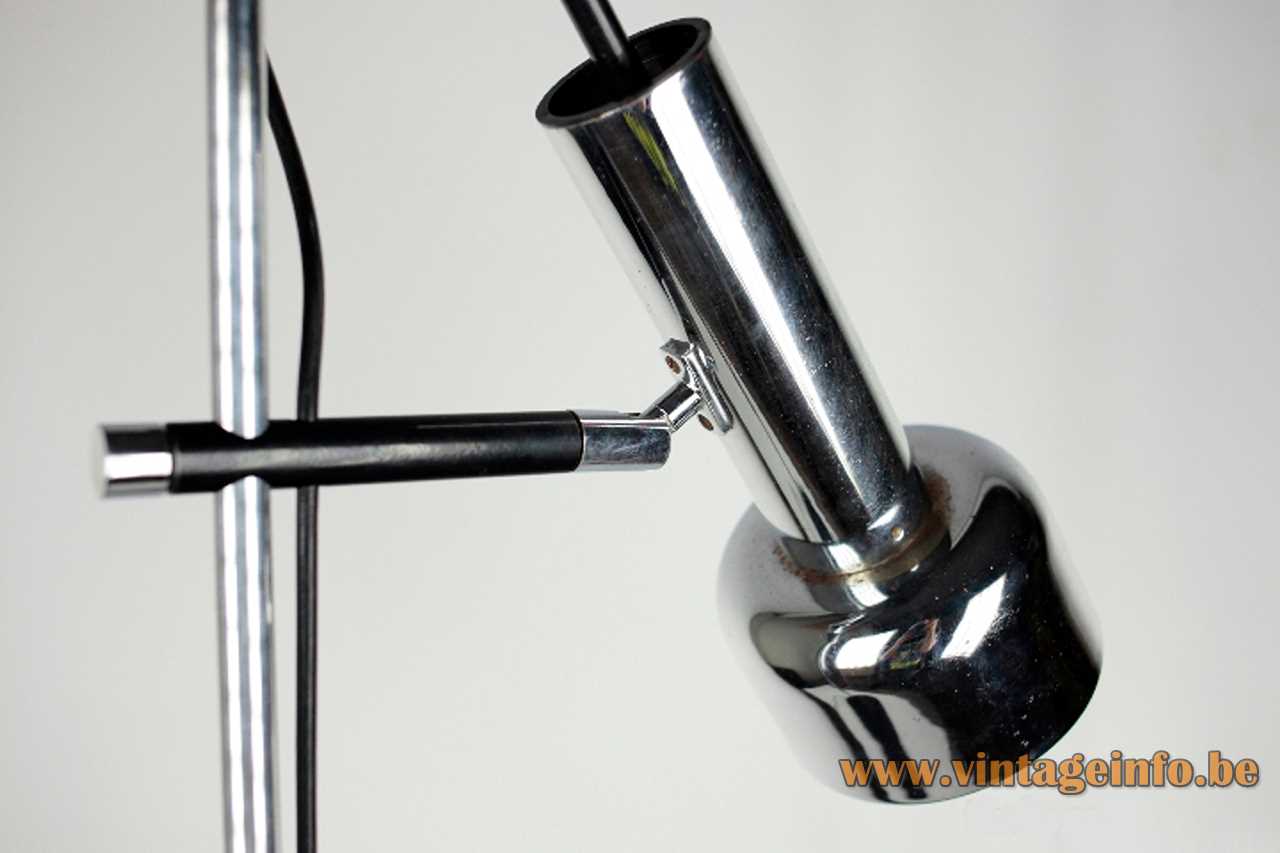 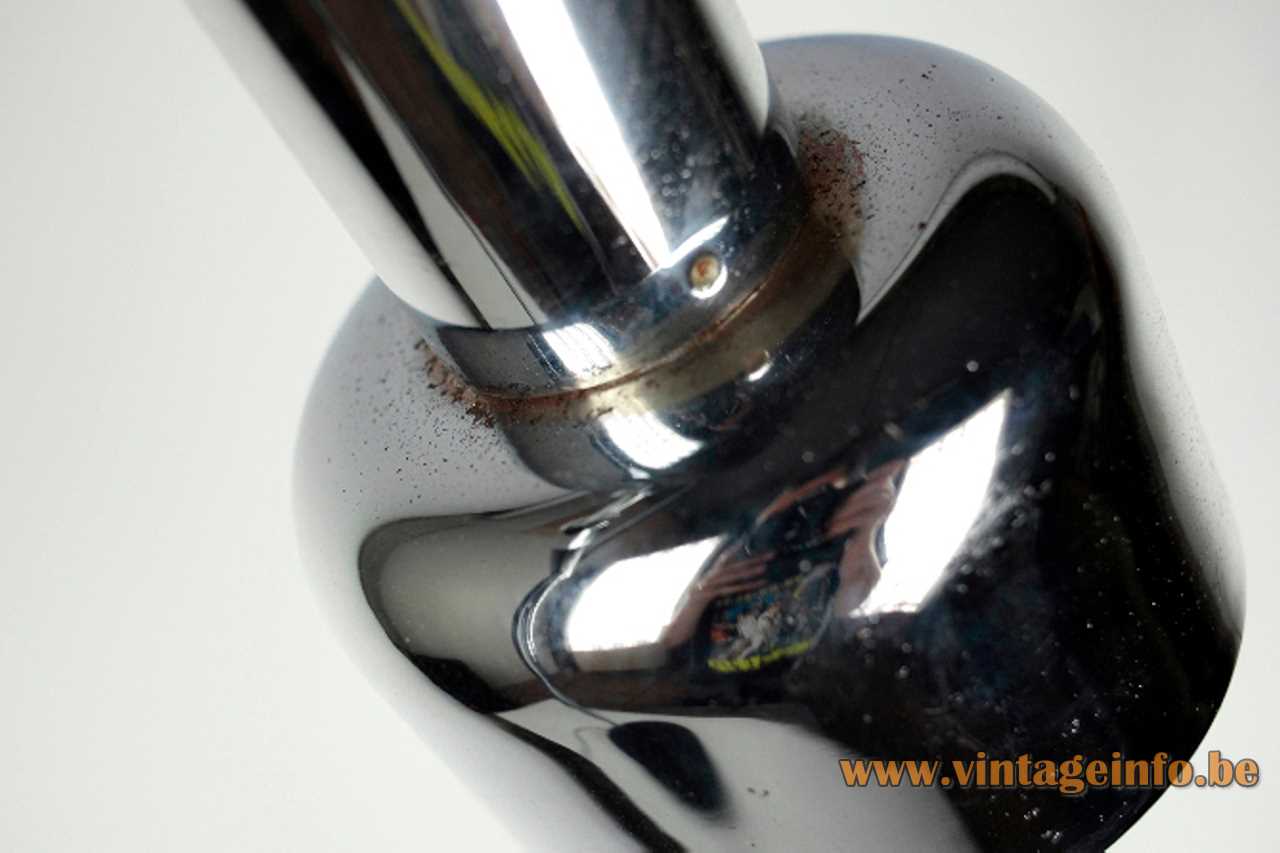 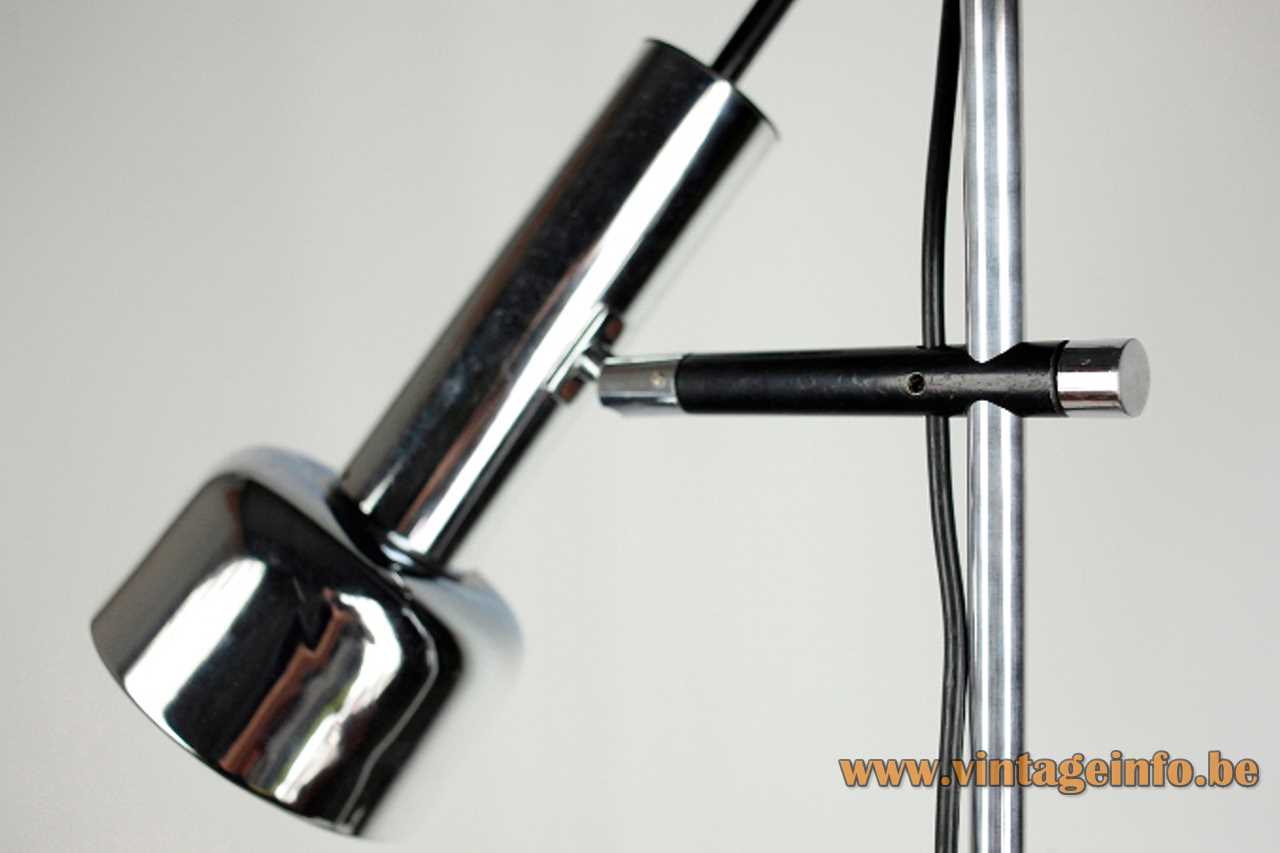 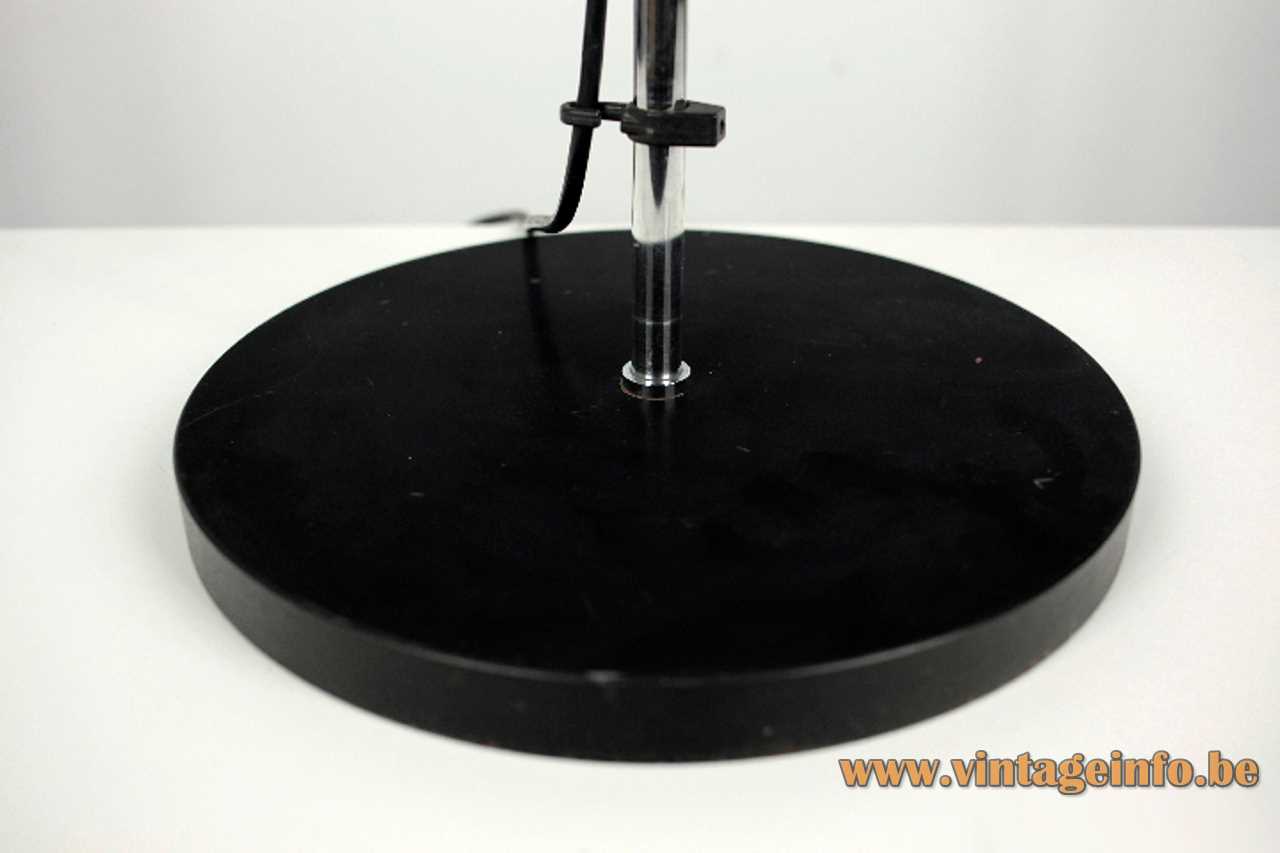 Other versions: This Staff chrome floor lamp exists with 2 and 3 lamps. It was also made as a table lamp.

Often said that this lamp is a design of Maria Pergay for Uginox, but those are false assumptions. The black plastic rod is typical for the Arnold Berges design.

No information can be found about the designer. He designed many beautiful lamps for Staff. Several of them can be found here on Vintageinfo. An Arnold Berges lives in Hennef, Germany. It is unclear if it is the designer.