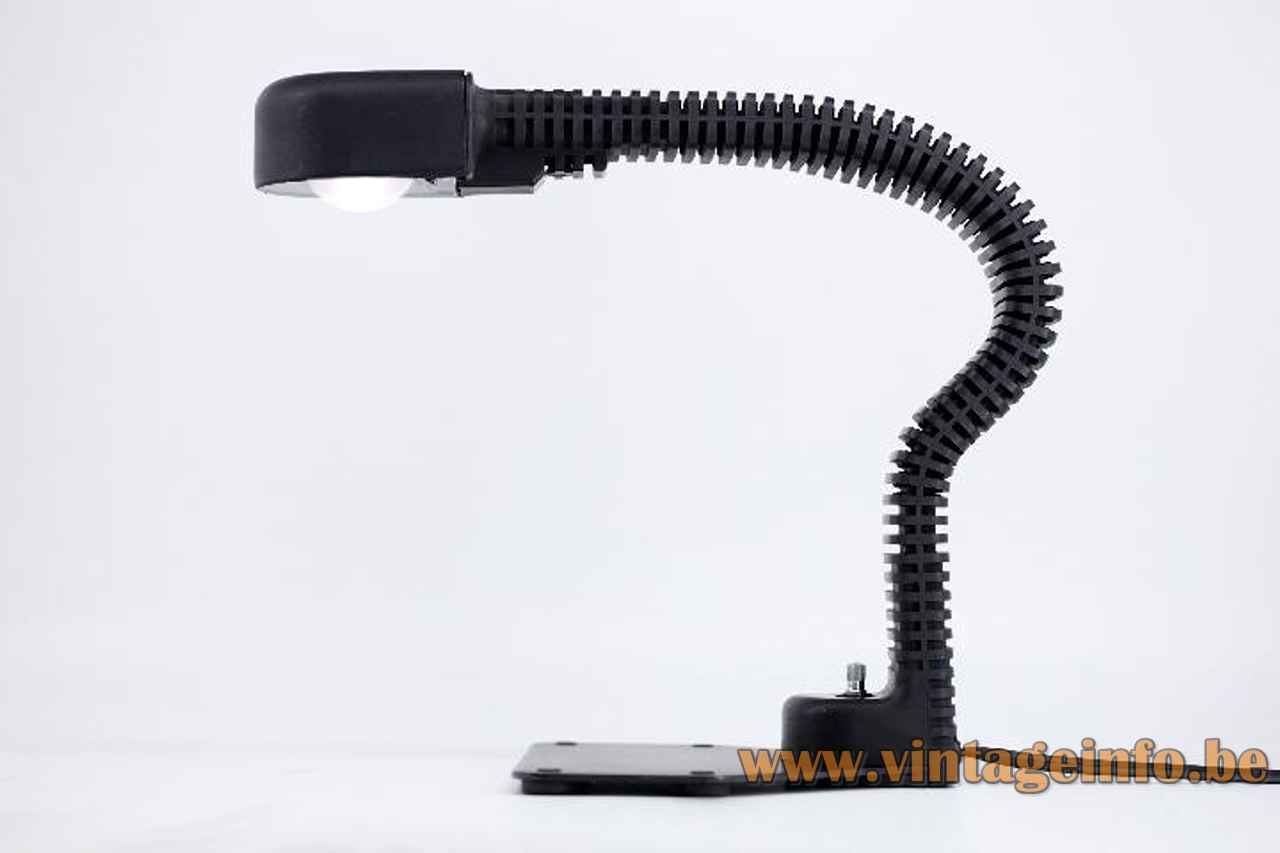 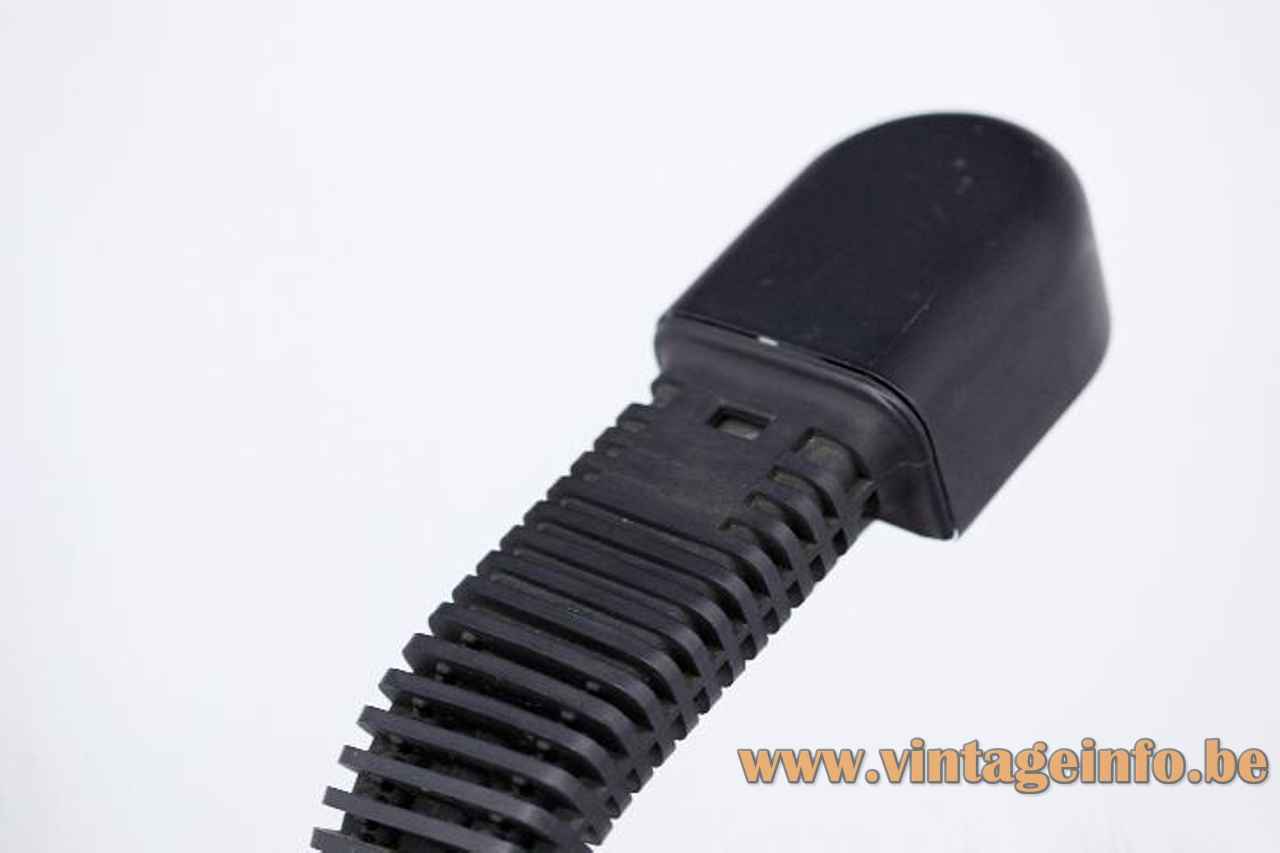 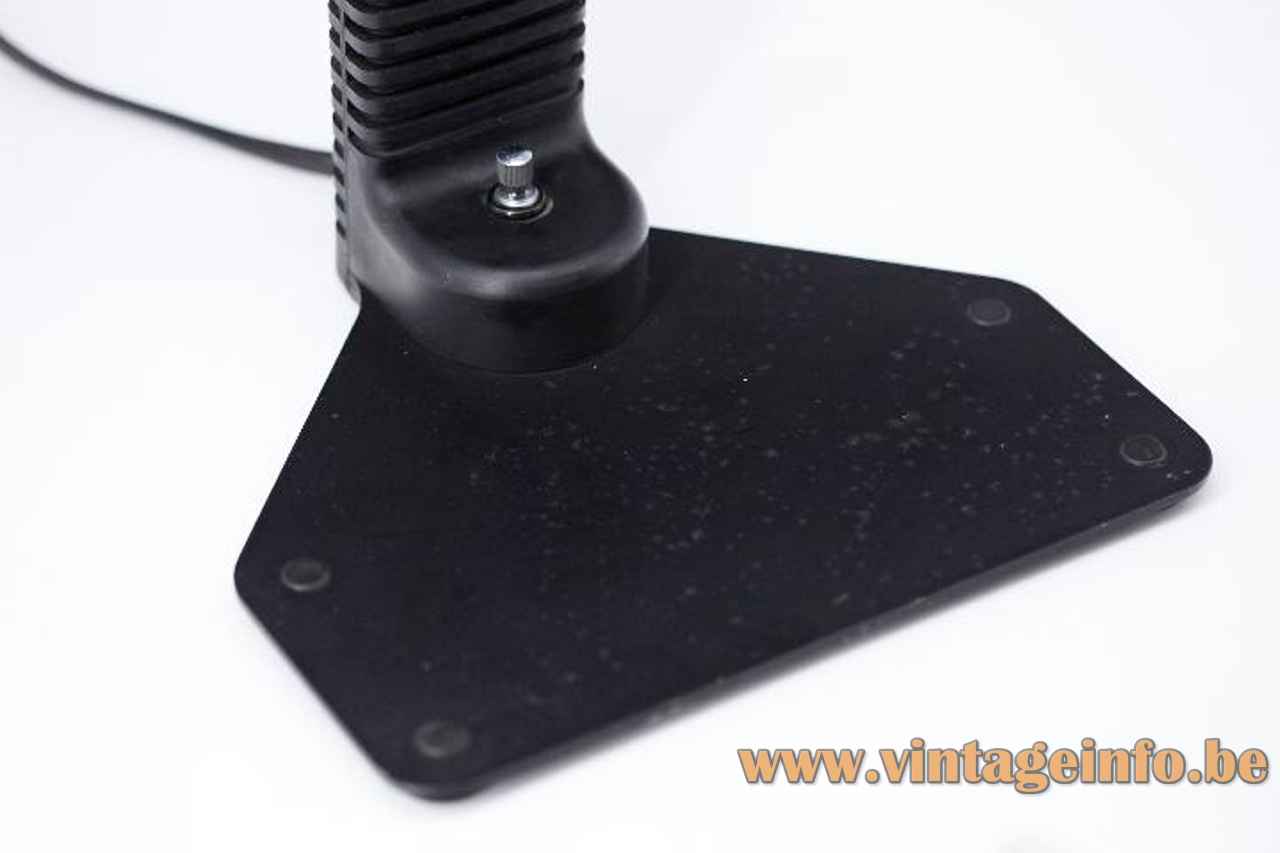 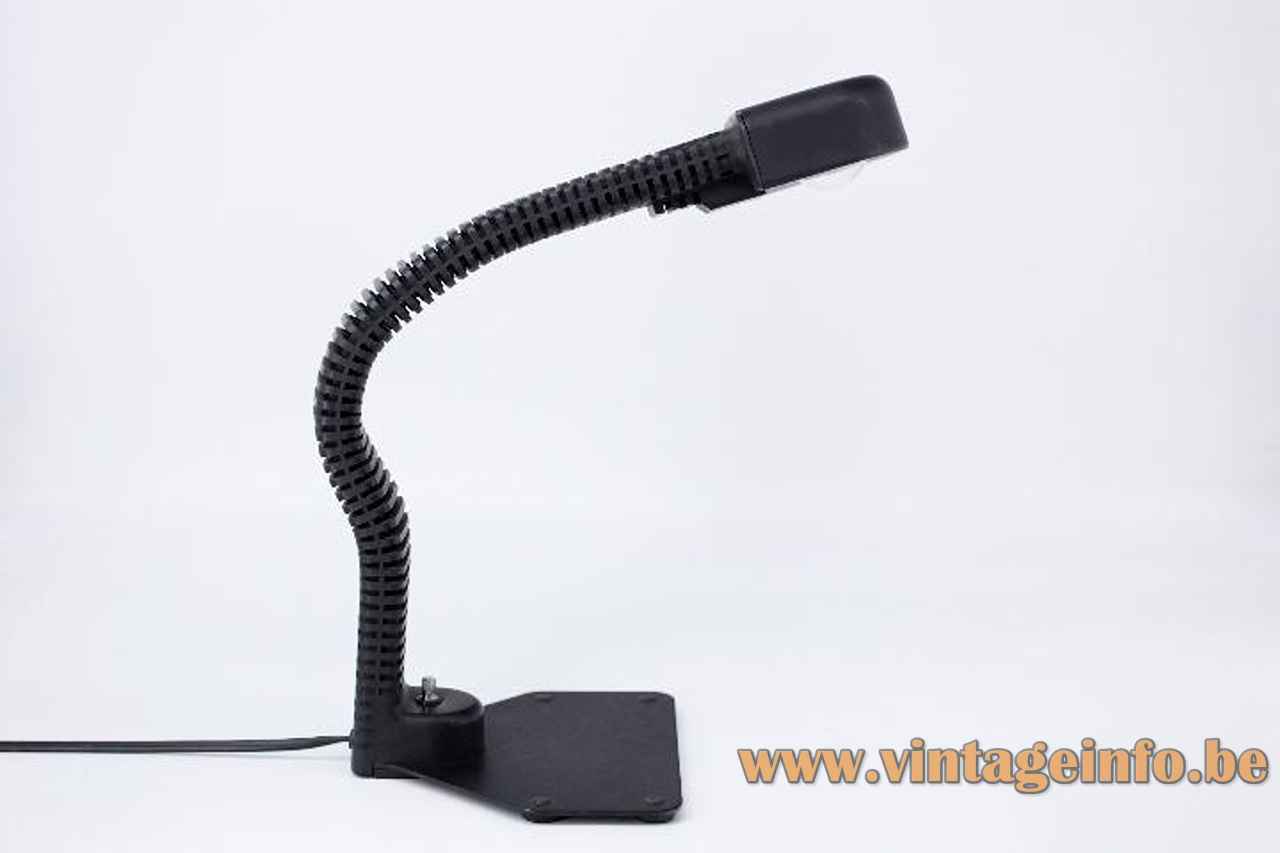 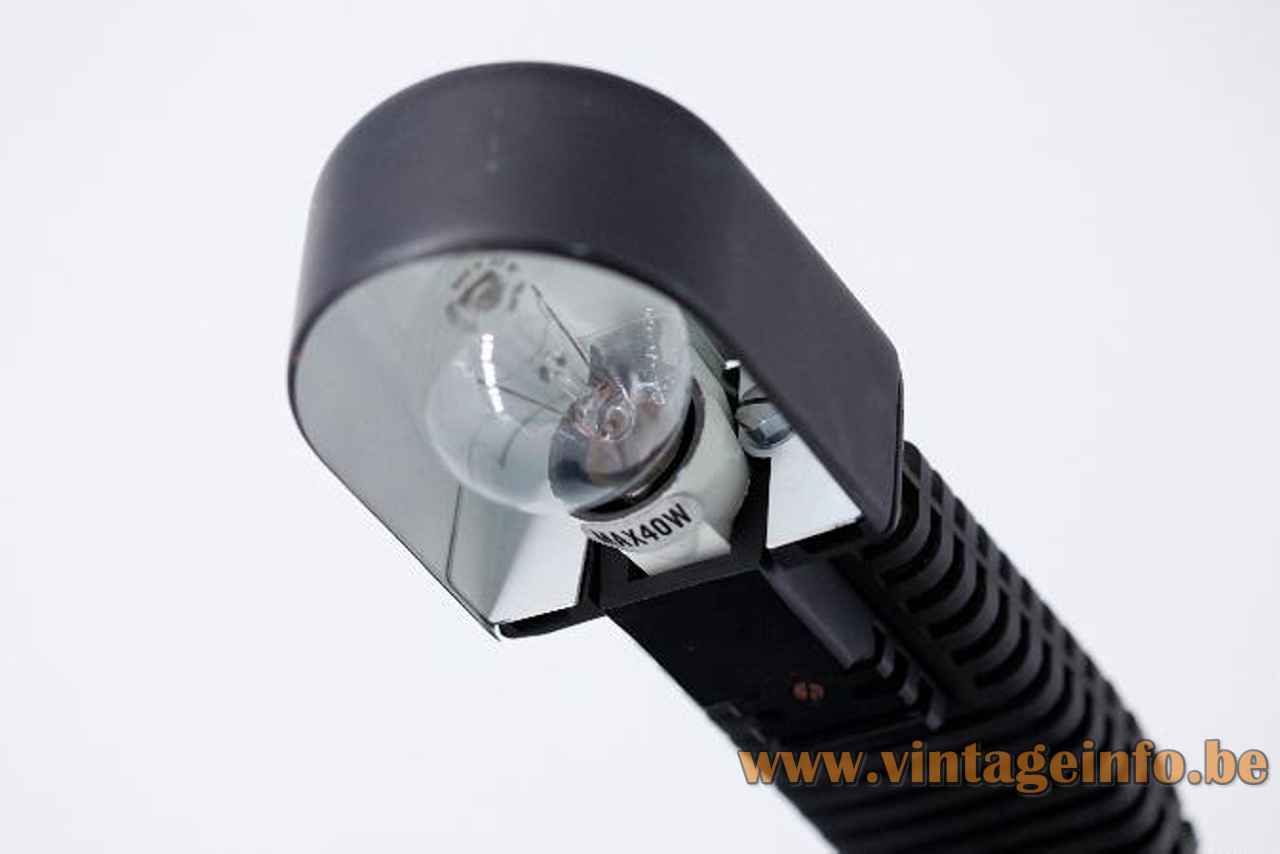 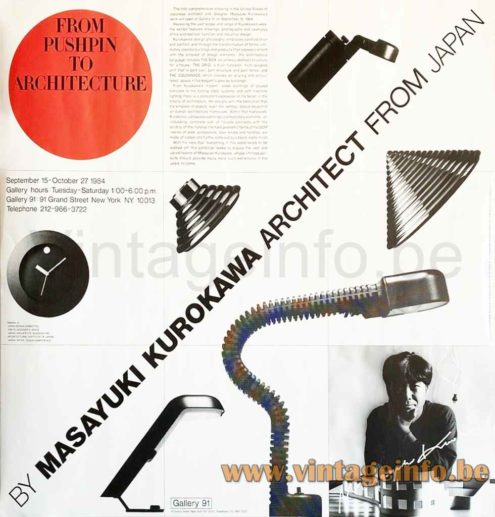 Other versions: This Staff Cobra desk lamp exists in a few variations and colours.

The Staff Cobra desk lamp received an iF Design Award in 1977.

Masayuki Kurokawa, born 1937 in Nagoya, Japan is an architect and product designer. Kurokawa is known as the Leonardo da Vinci from Tokyo. A godfather figure who initiated a new era of architecture and industrial moulding design in Japan.

He established Kurokawa Masayuki Architect Studio in 1967. Butsugaku Research Institute in 1998 and Designtope Co. Ltd. in 2001. Designtope supports the creative activities of designers.

He was a guest professor on several universities in Japan and China. Masayuki Kurokawa is awarded many times for his designs.

The company produced many lamps for Staff. Among others the lamps designed by Kazuo Motozawa and Motoko Ishii.