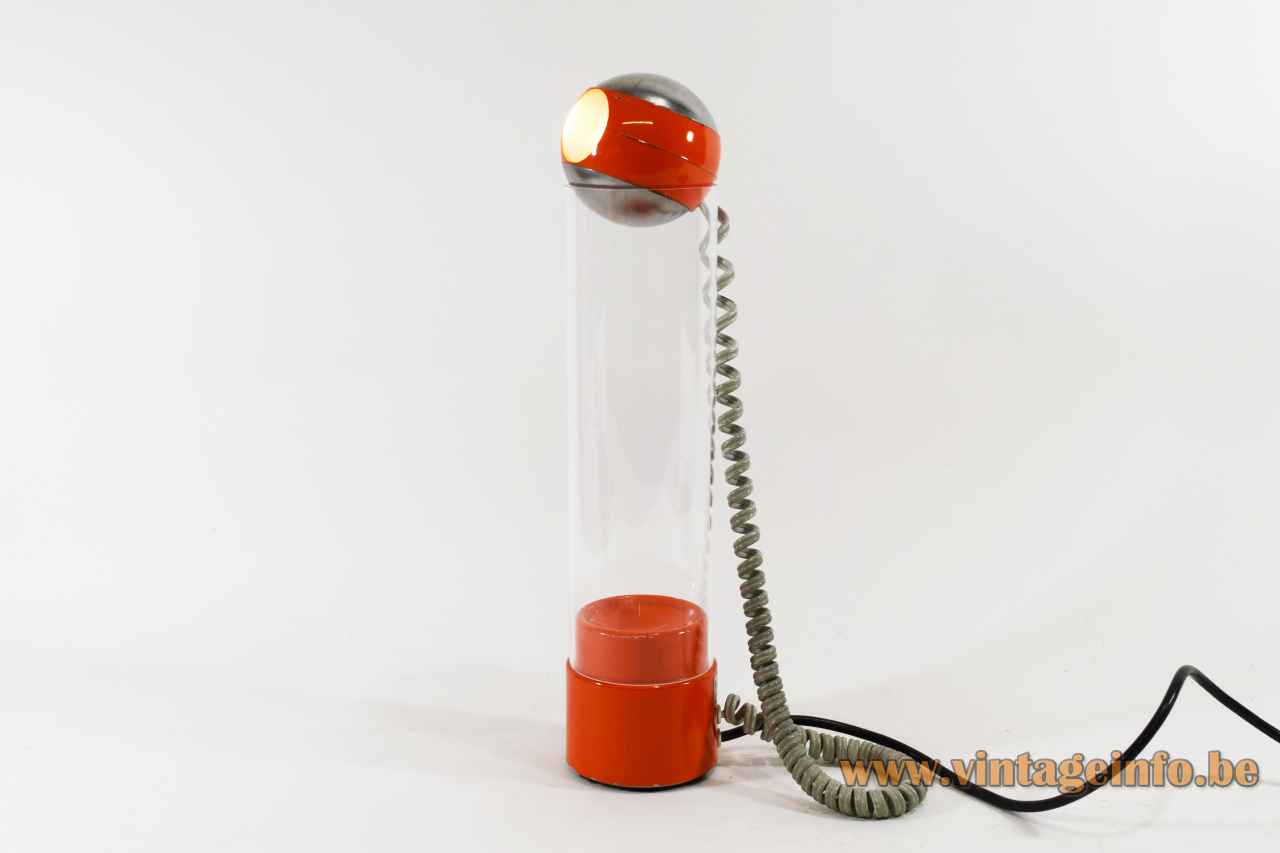 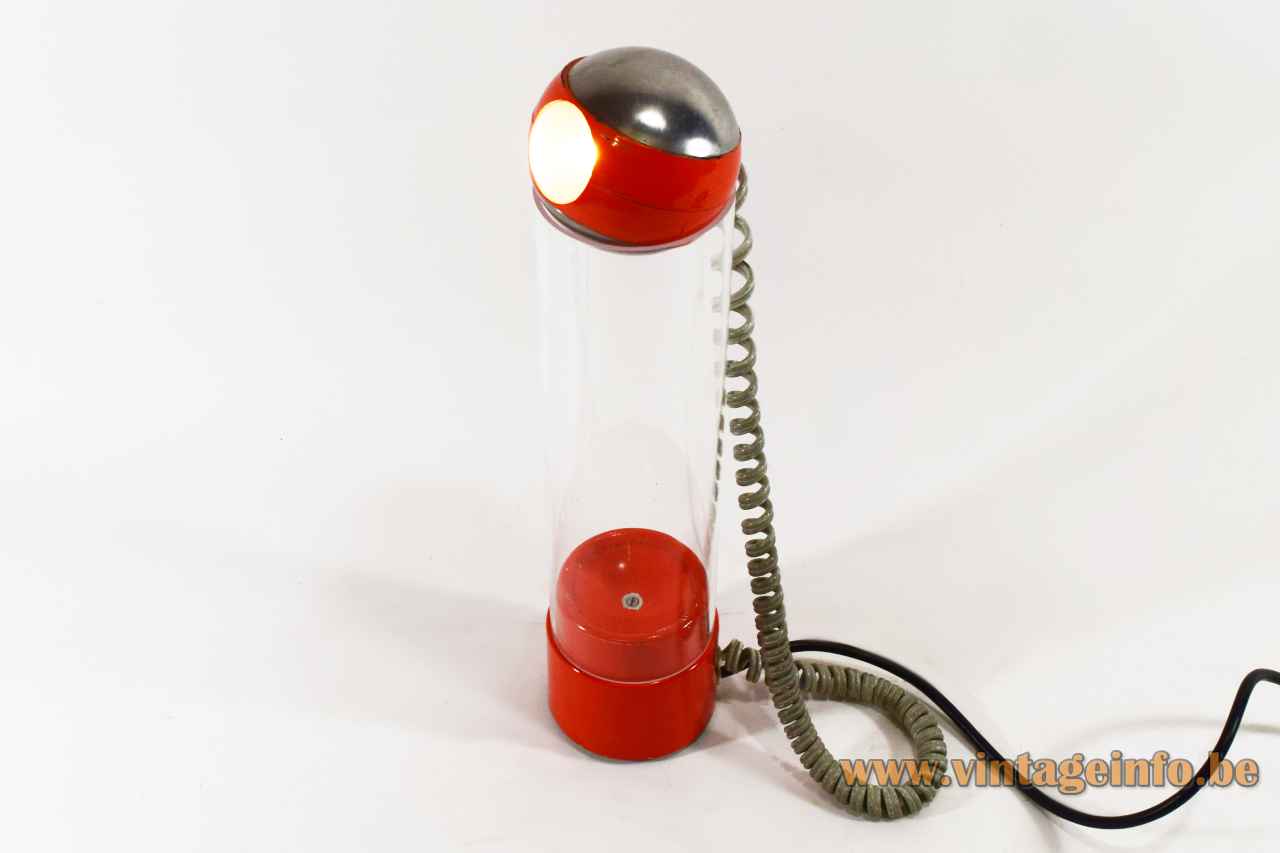 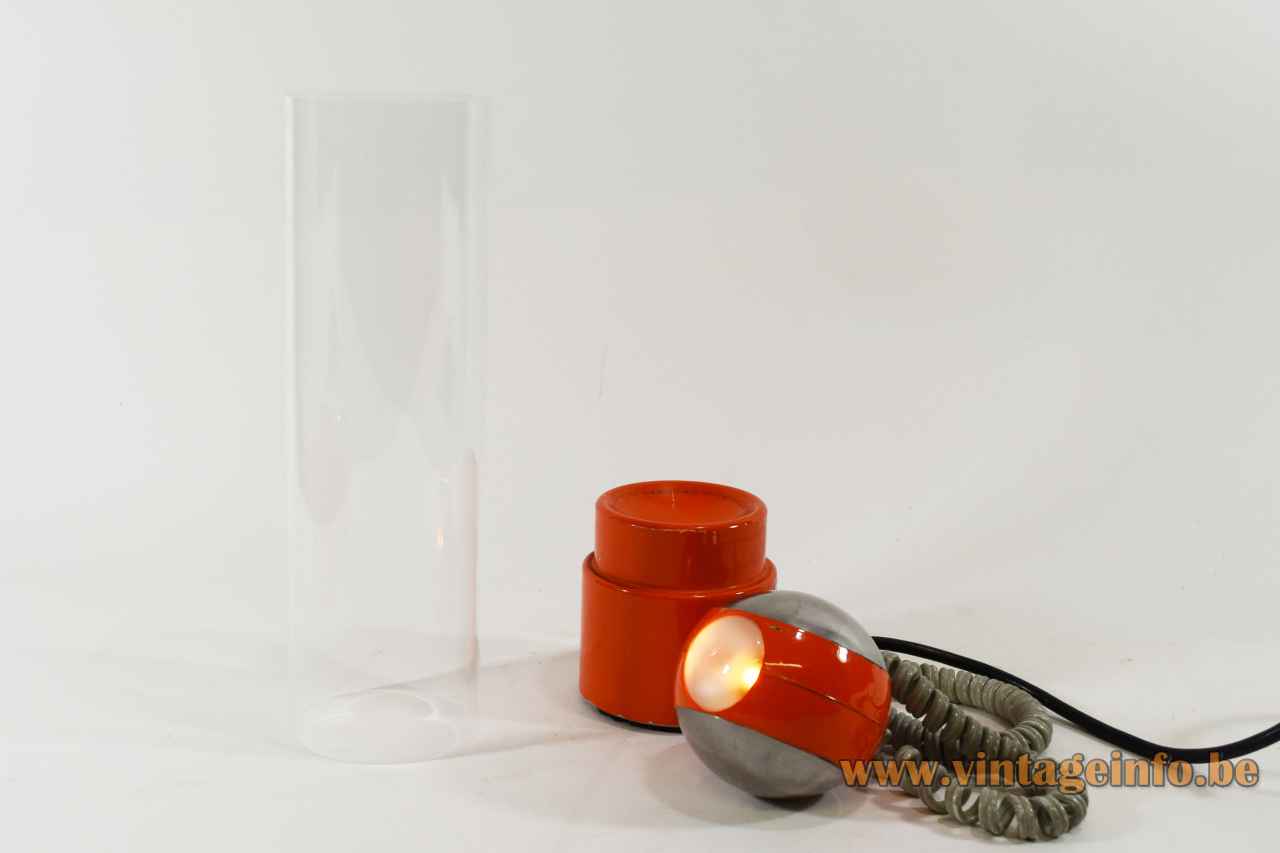 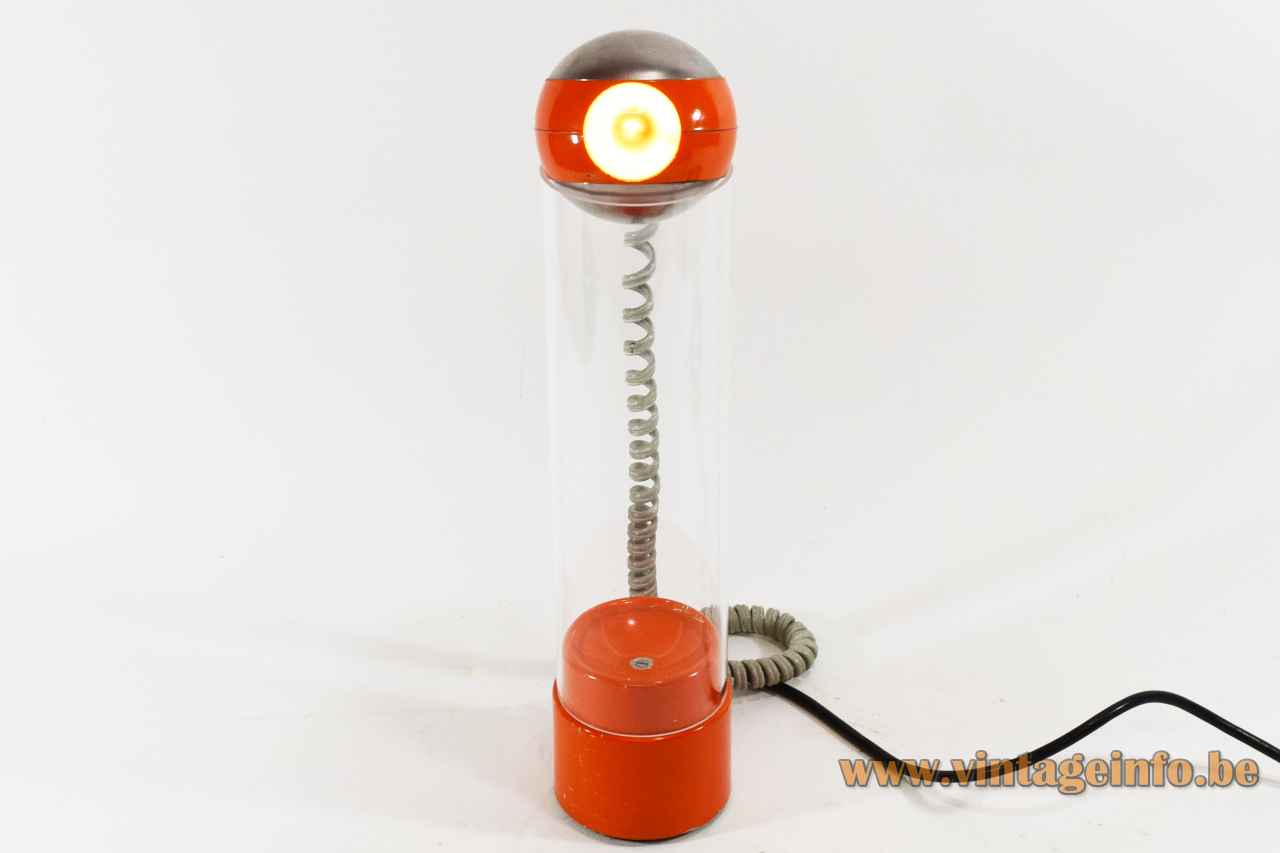 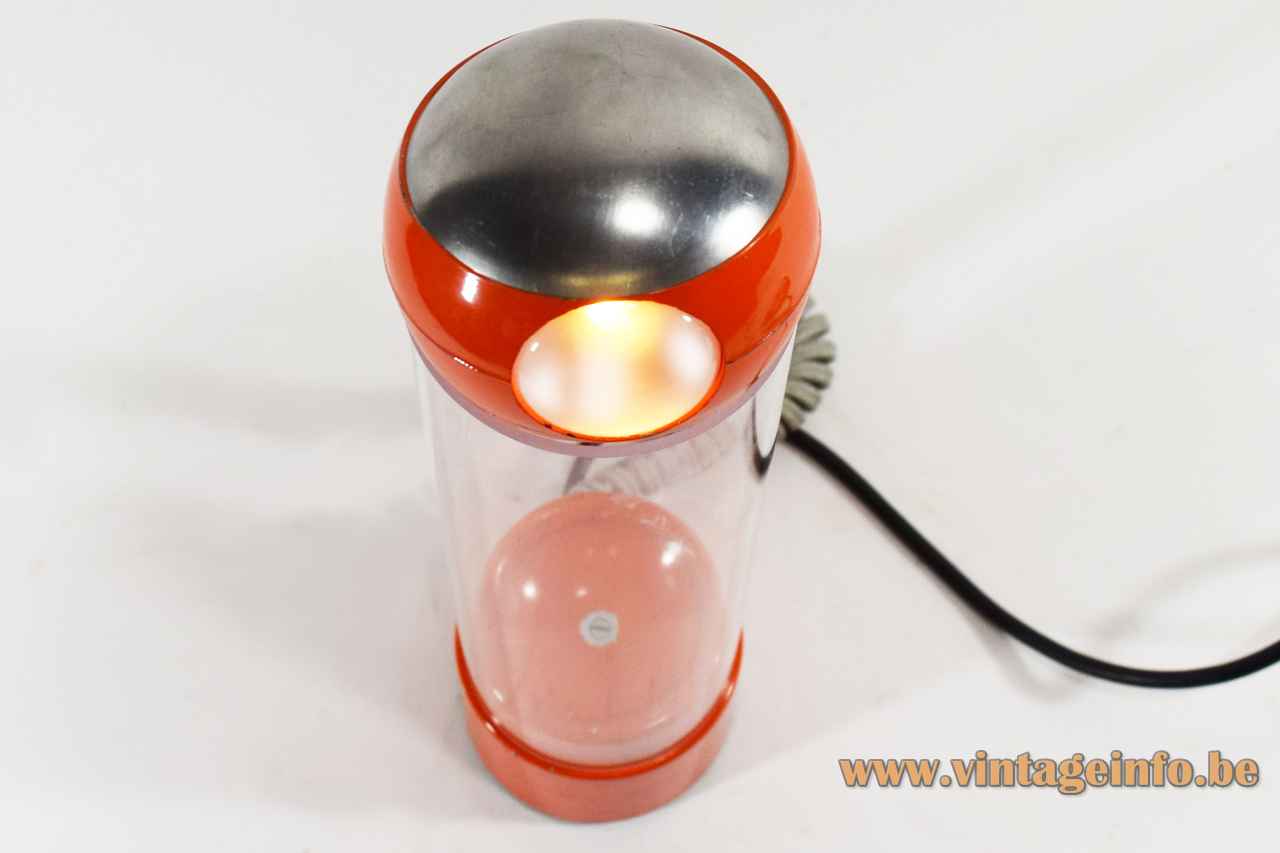 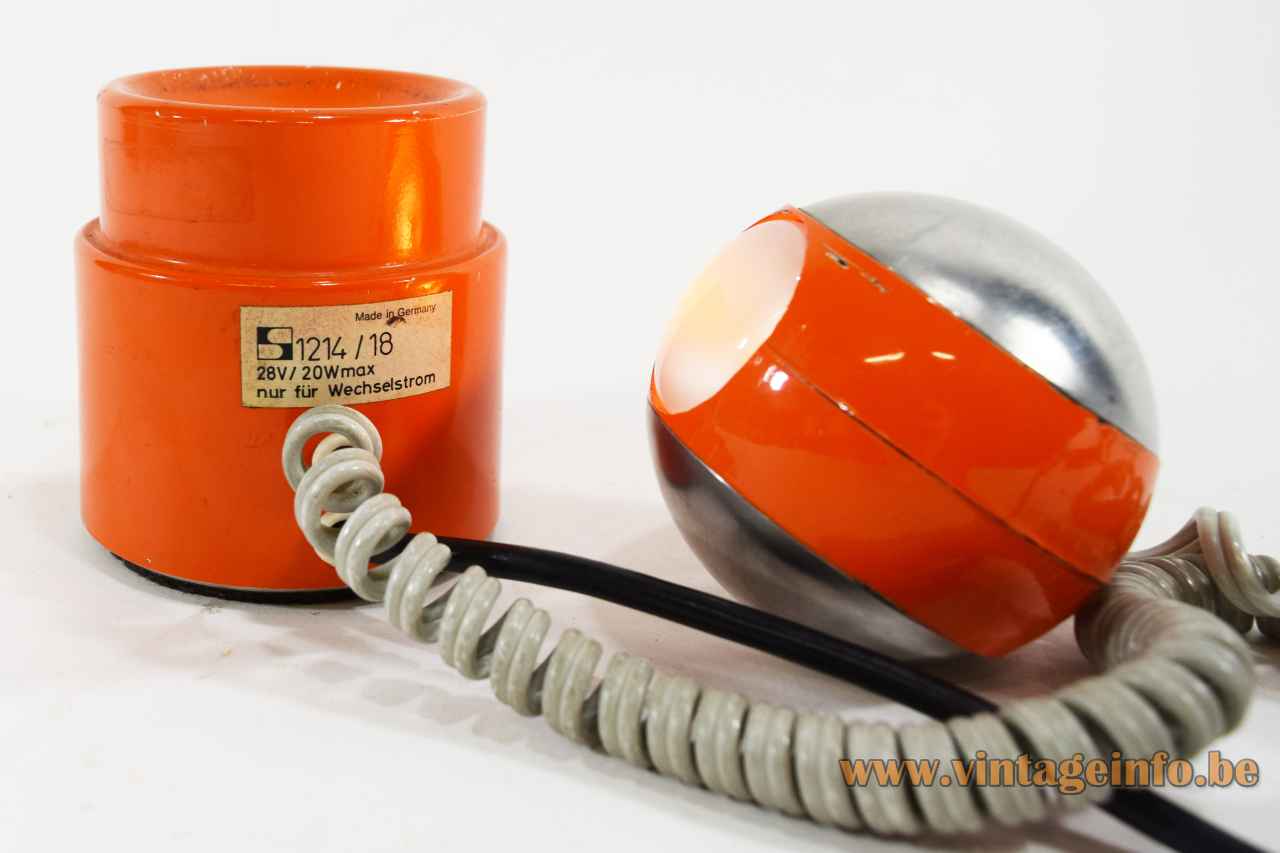 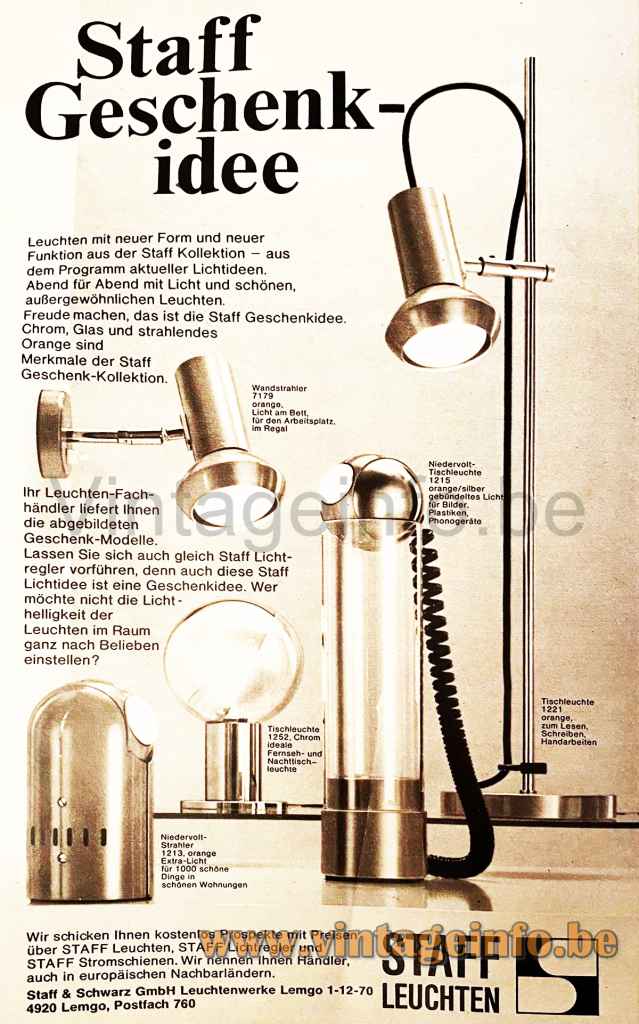 Many thanks to Christophe from STAT in Aalst, Belgium for the publicity photo.

Other versions: This Staff table lamp 1214 exists in a few colours. Model number 1215 was also used, probably it is another colour. Made with a grey or a black spiral cord. A floor lamp was also  made. They are both very rare.

This table lamp received an iF Design Award in 1970. 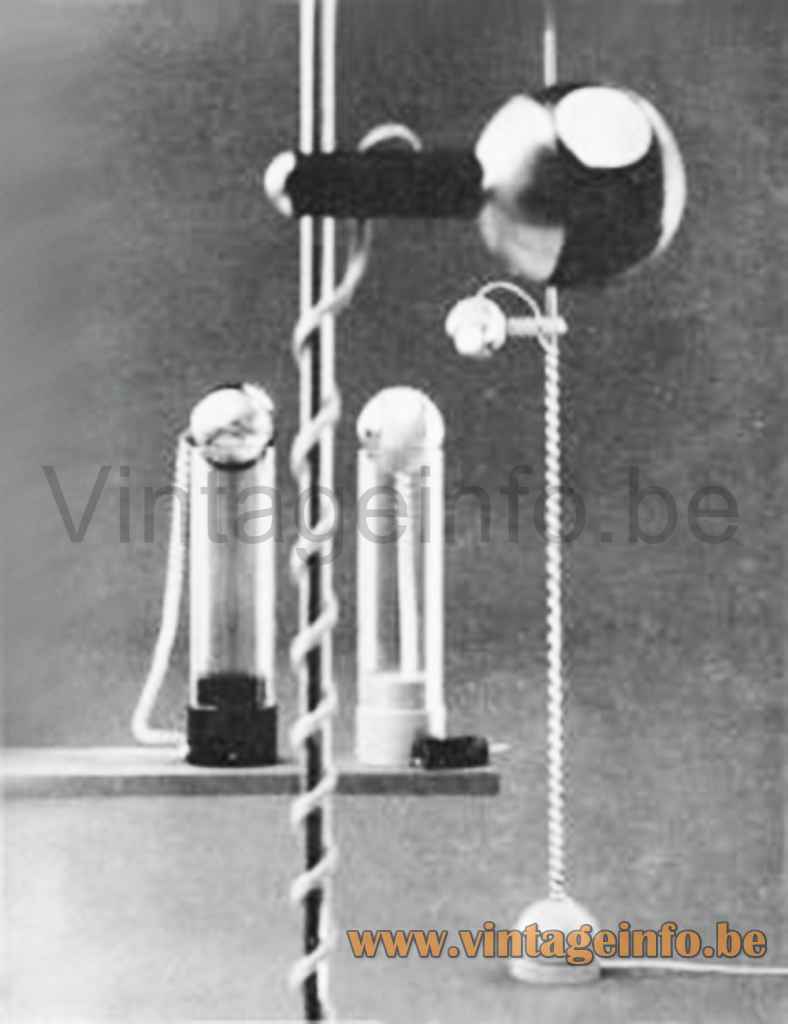