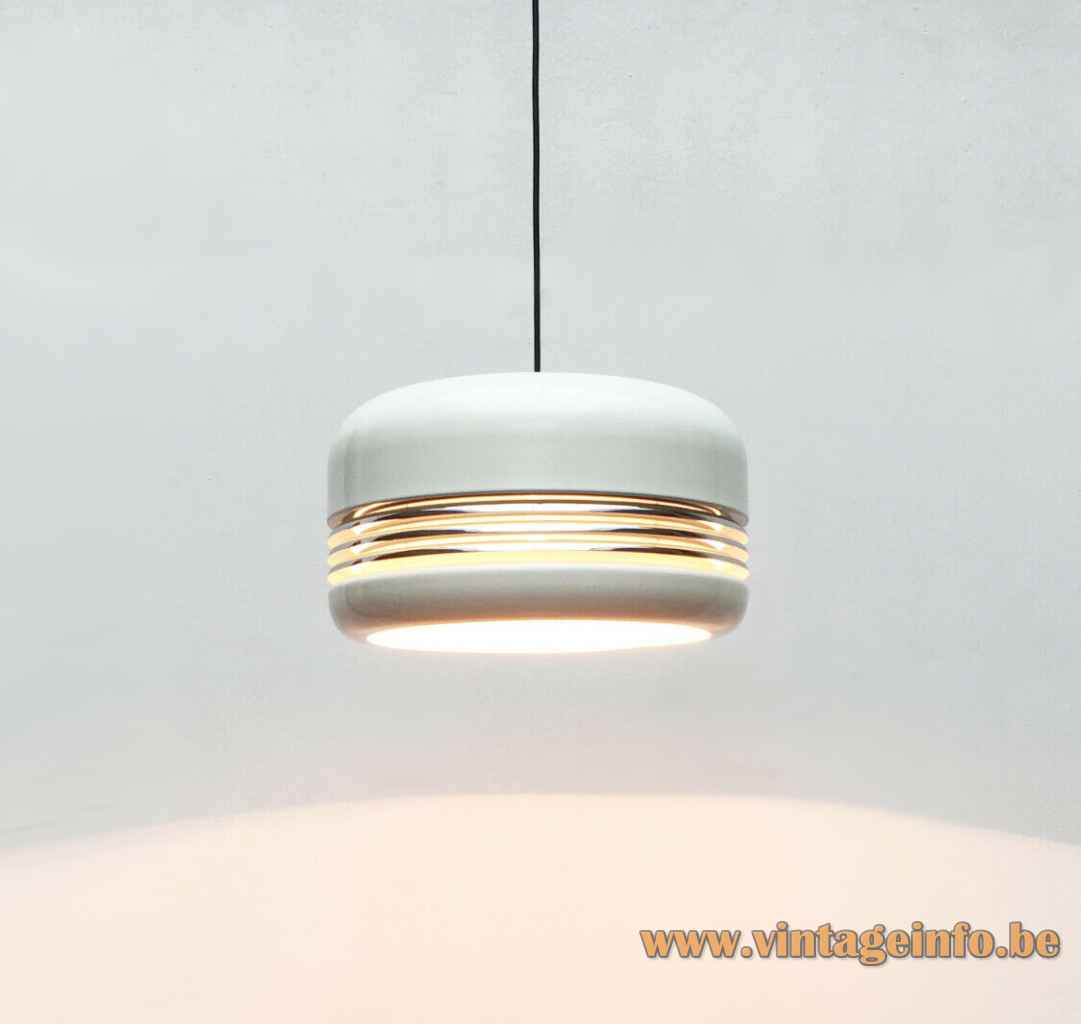 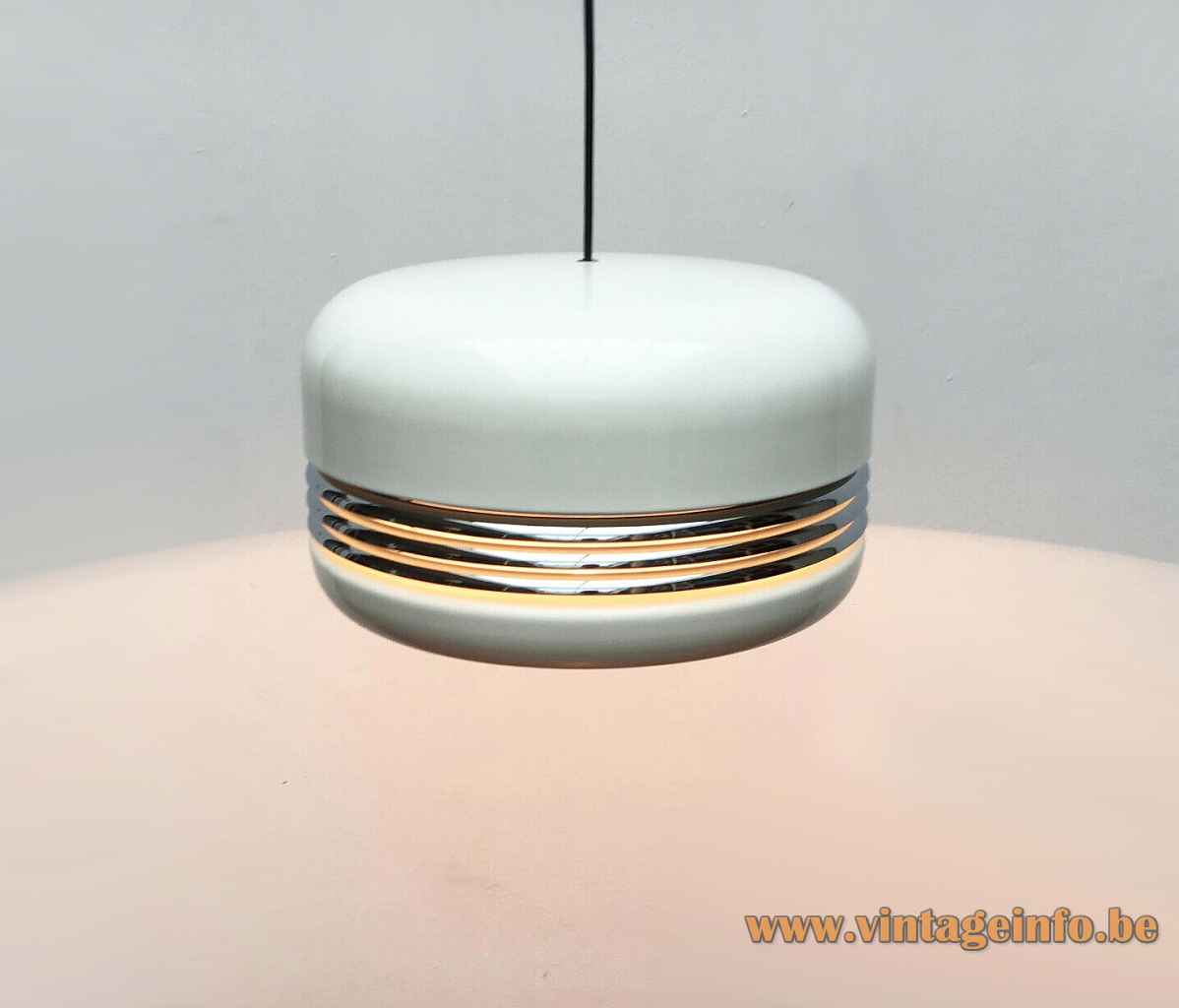 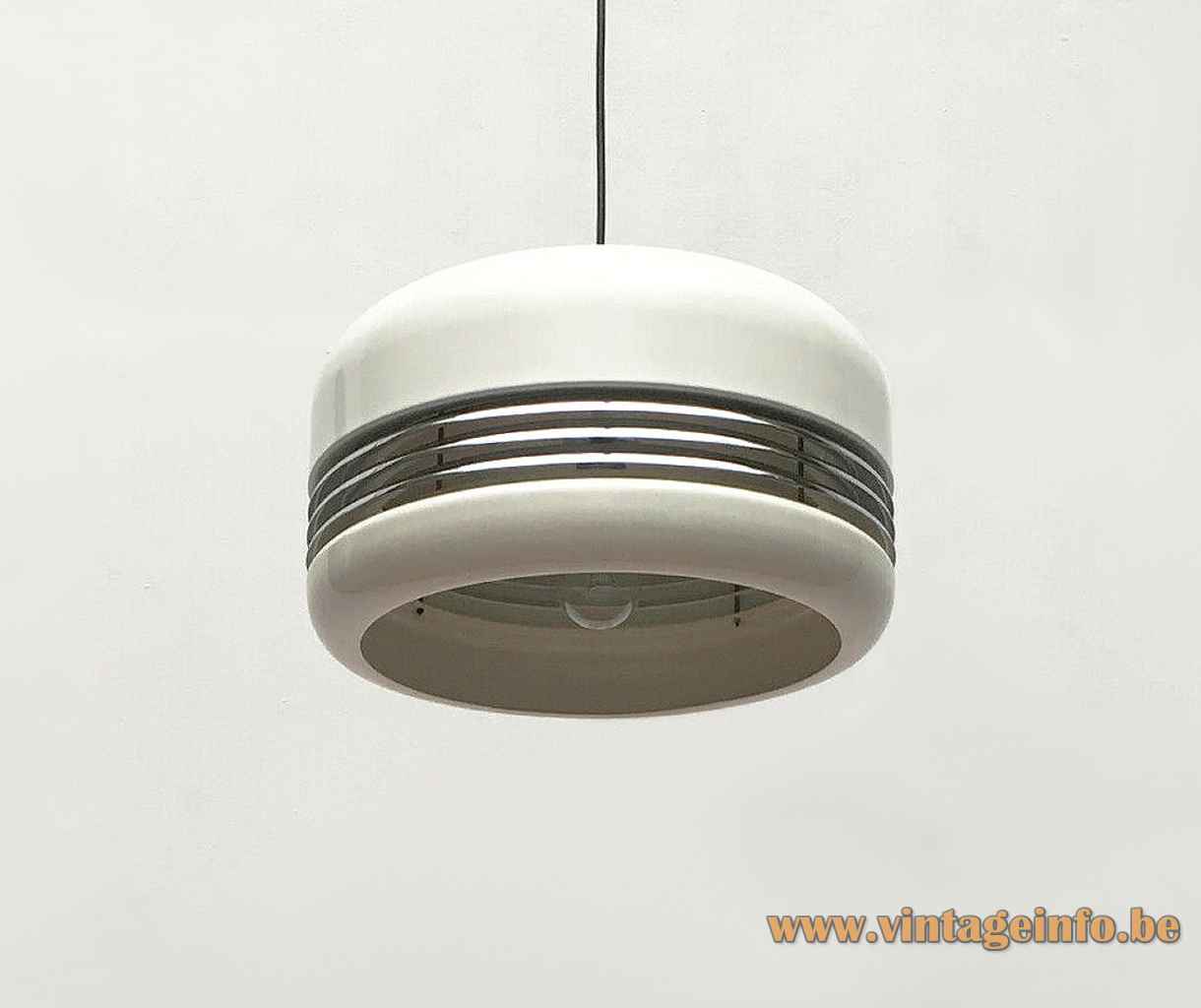 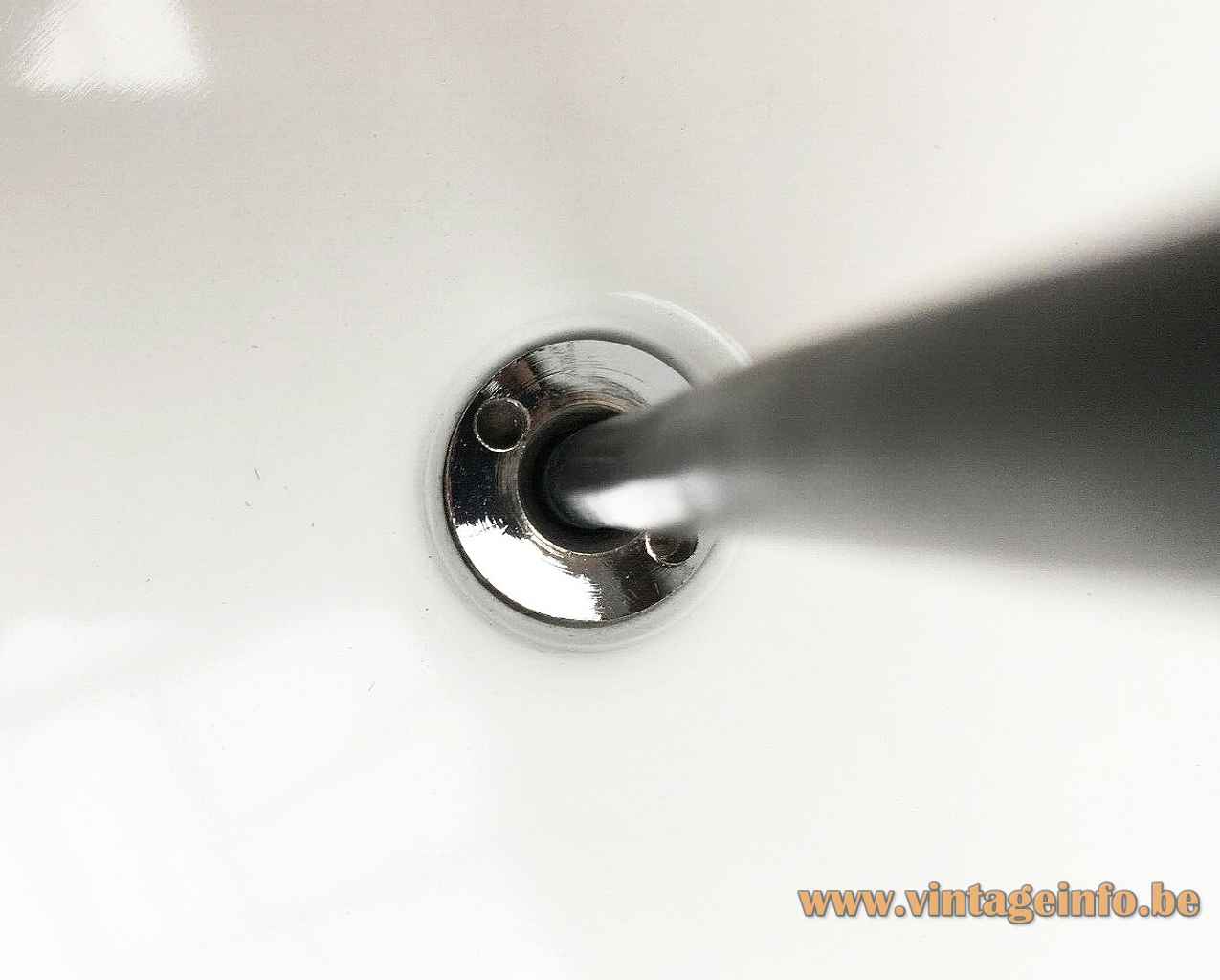 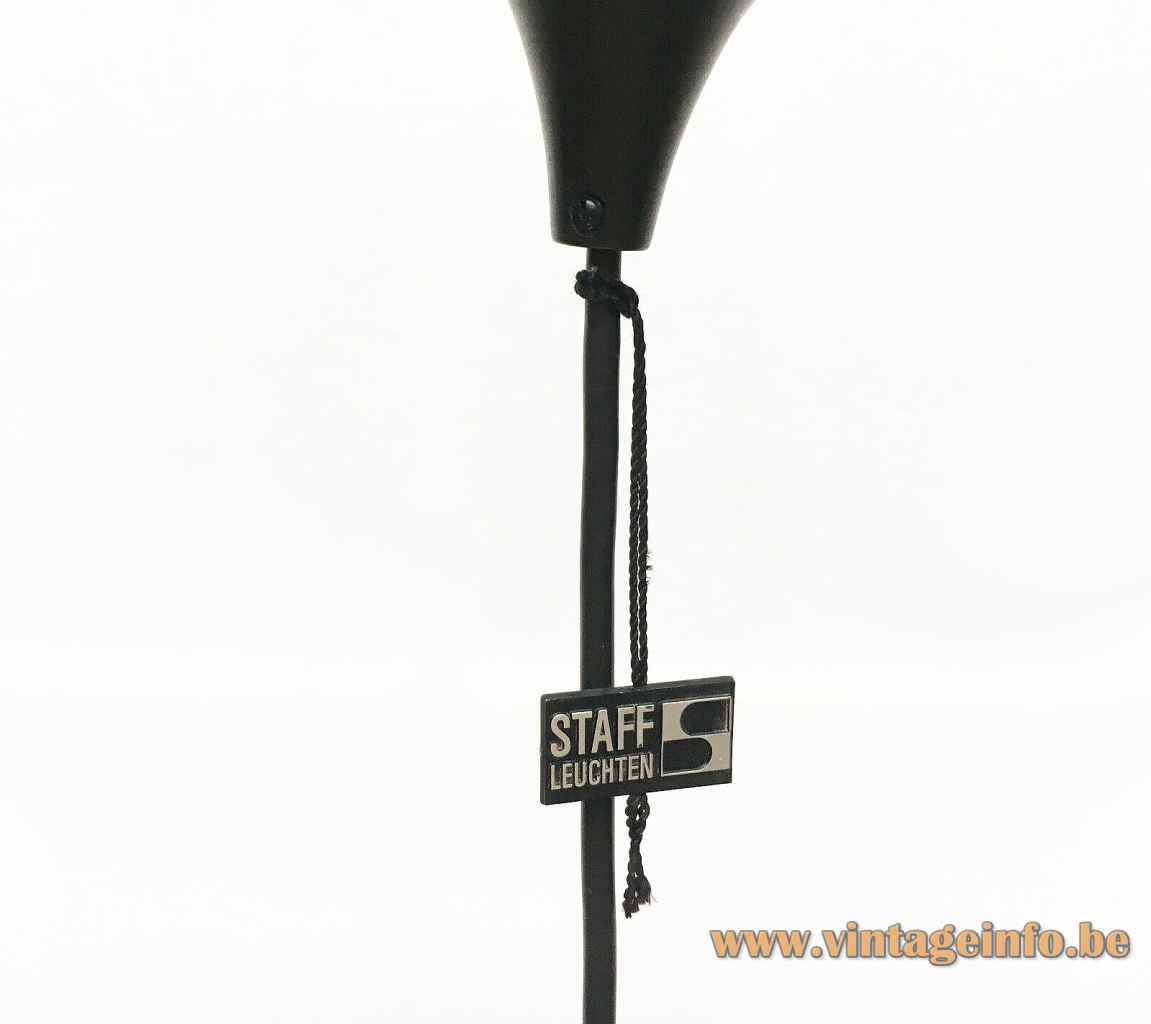 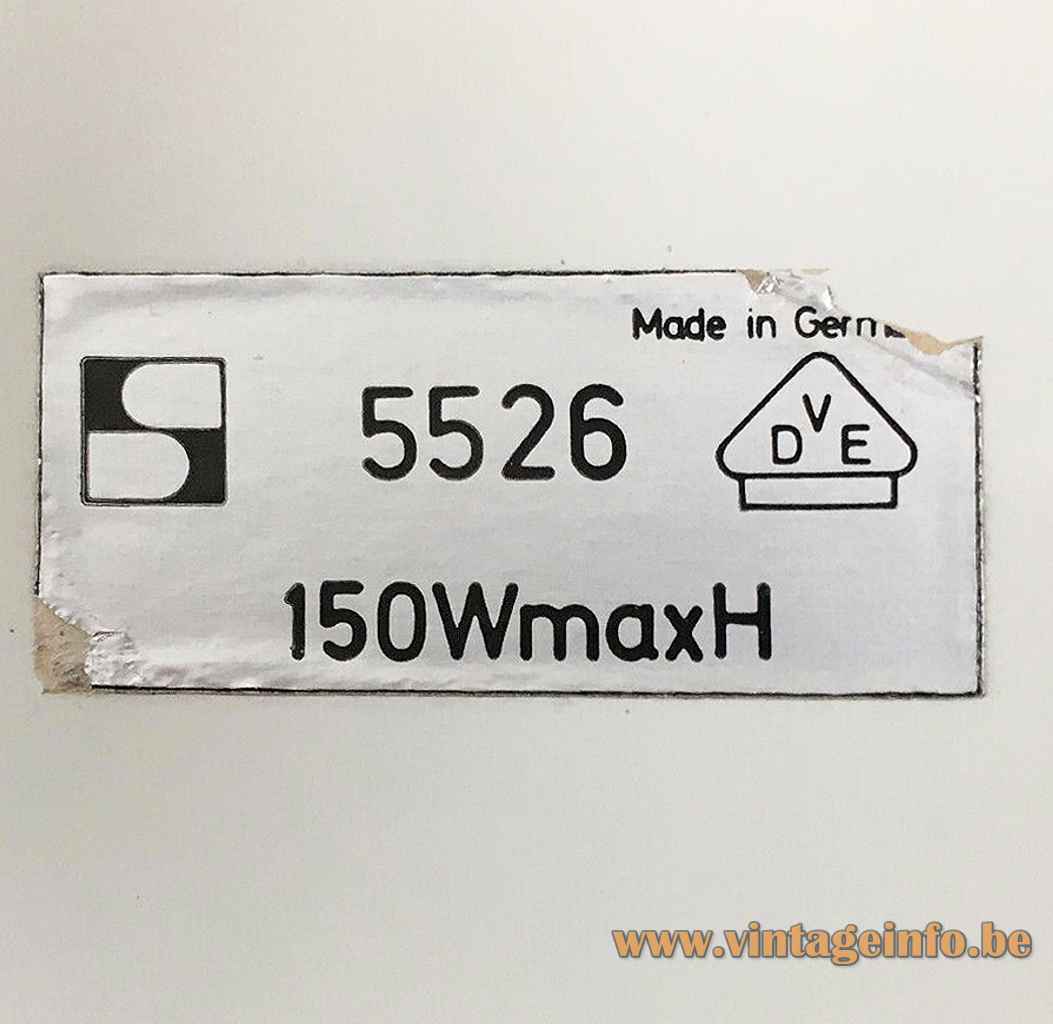 Other versions: This Staff pendant lamp 5526 exists in several colours and sizes. Other sizes have another number. The smaller version is model 5525.

Often said that this lamp is a design of Kazuo Motozawa. Kazuo Motozawa designed several lamps with chrome slats such as the Saturno lamp, hence the confusion. You can find it over here.

These pendant lamp series received an iF Design Award in 1975.

Unfortunately, no information can be found about Alfred Kalthoff. He designed several awarded lamps for the Staff company.

This Staff pendant lamp on the iF Design website