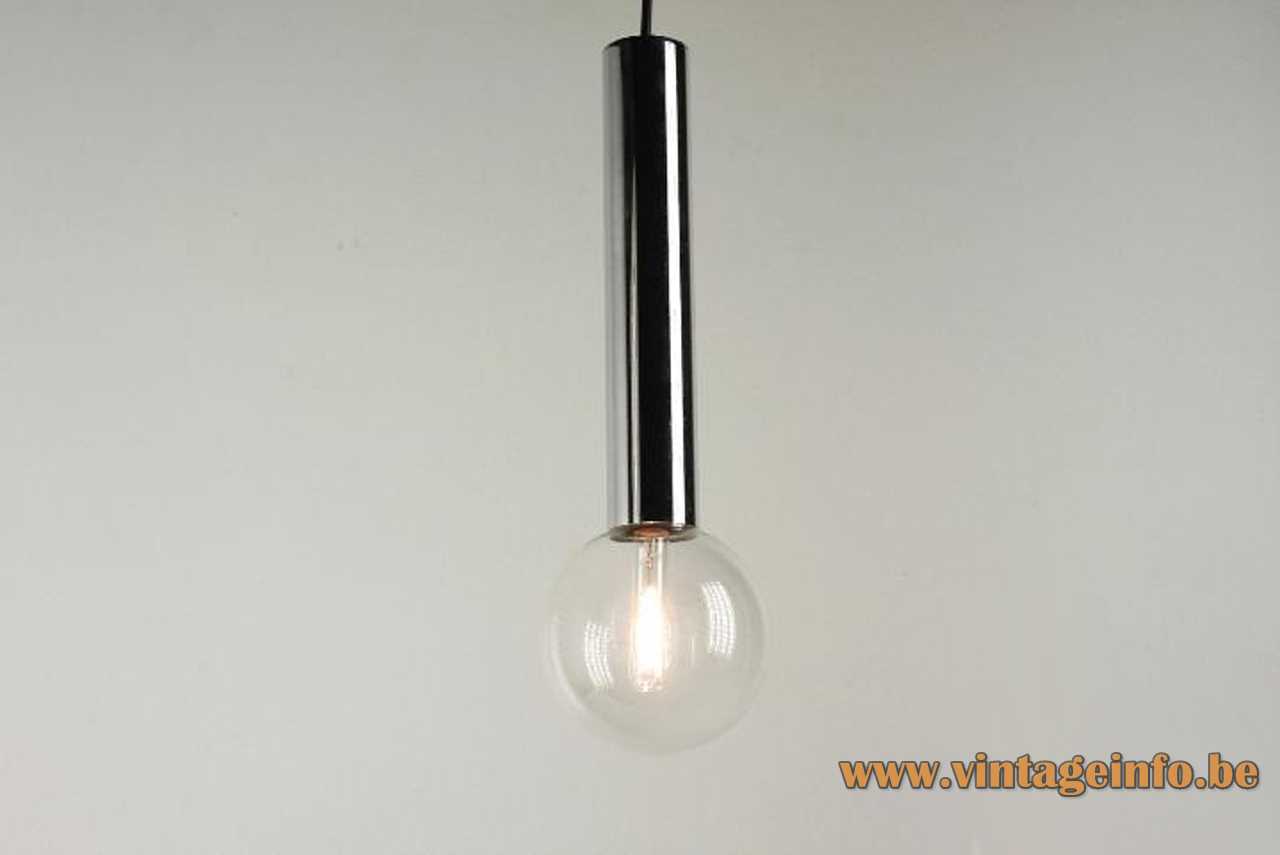 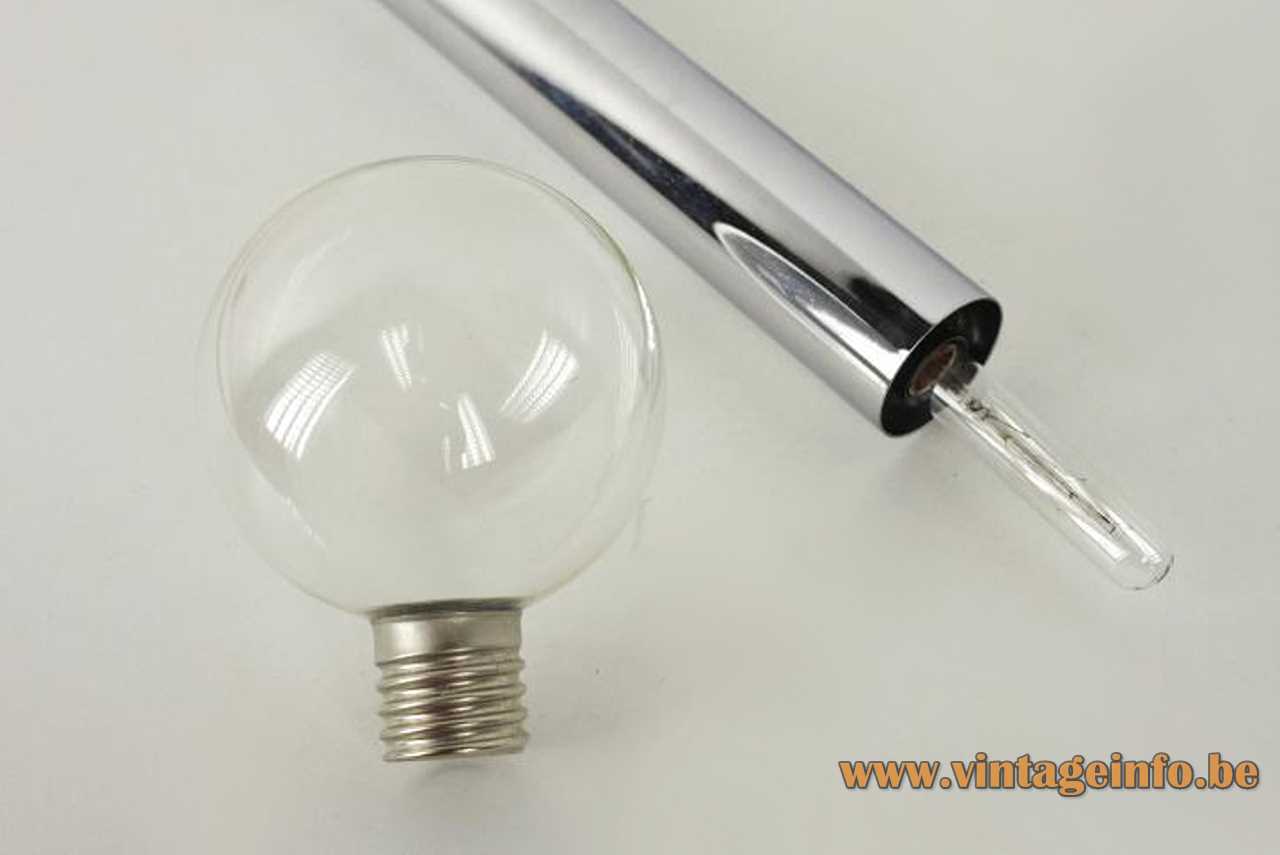 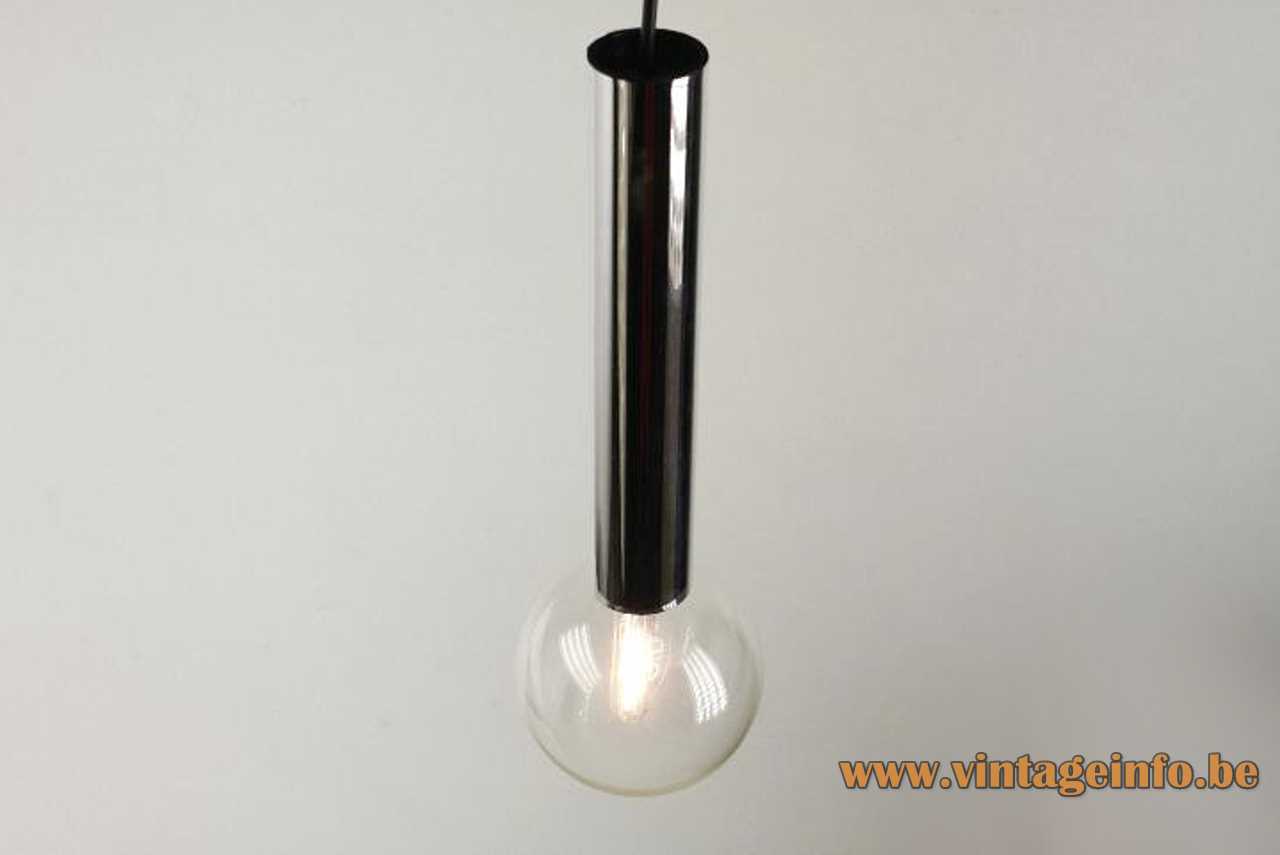 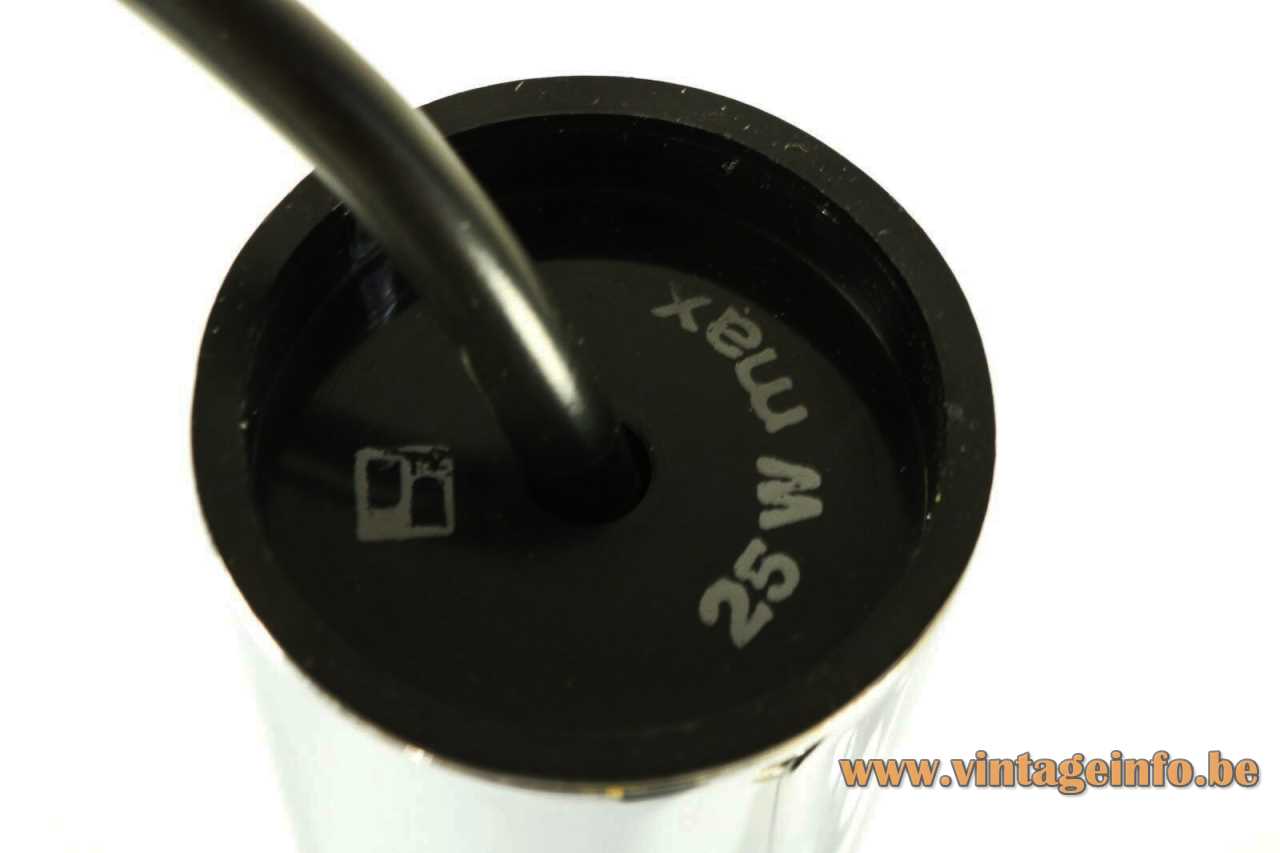 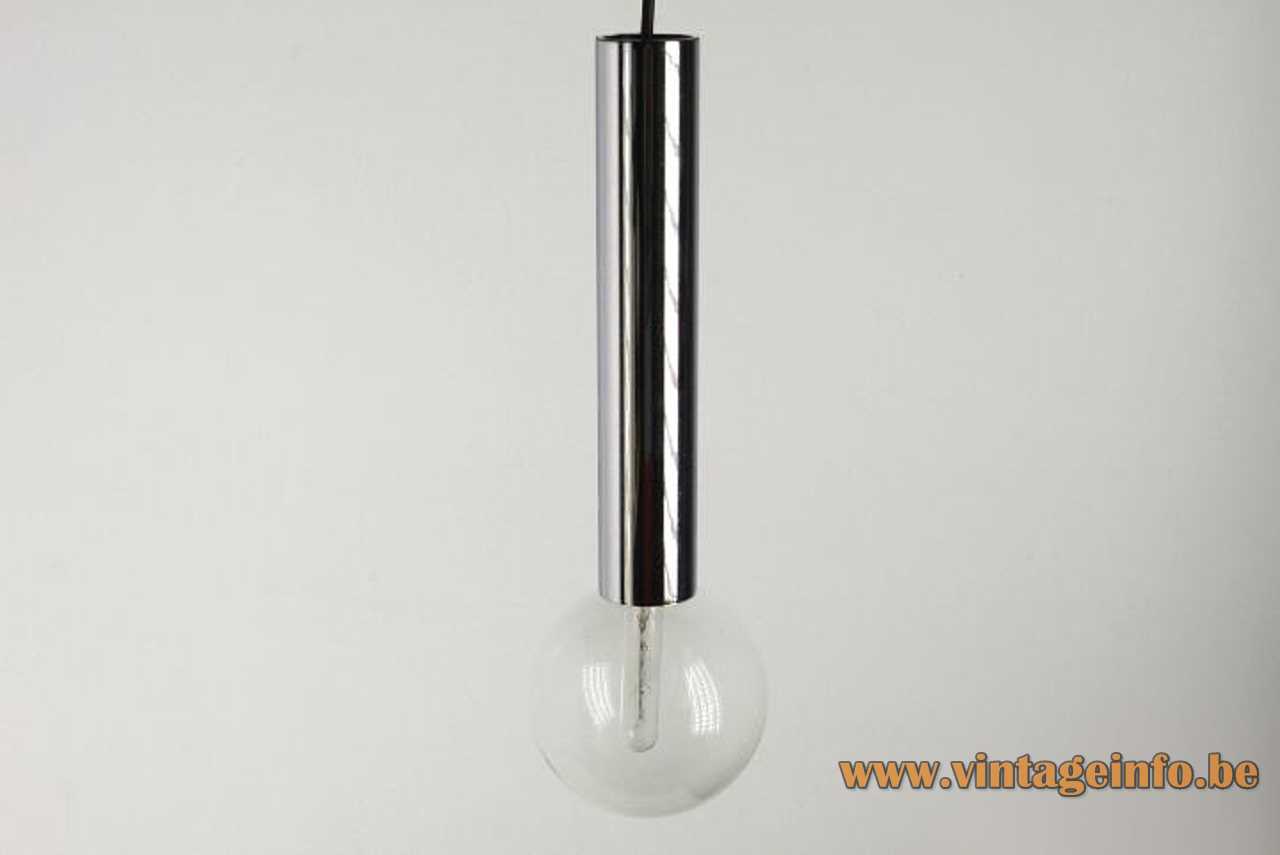 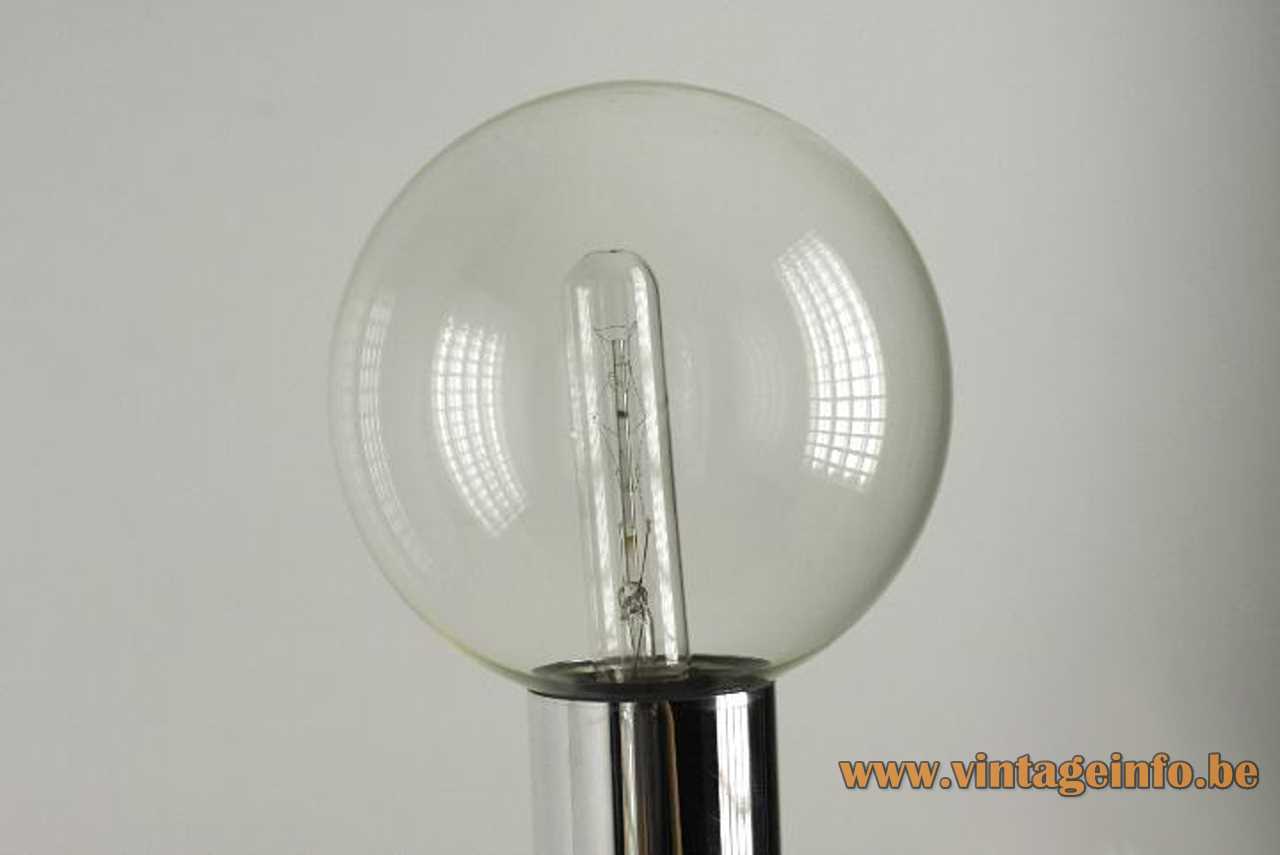 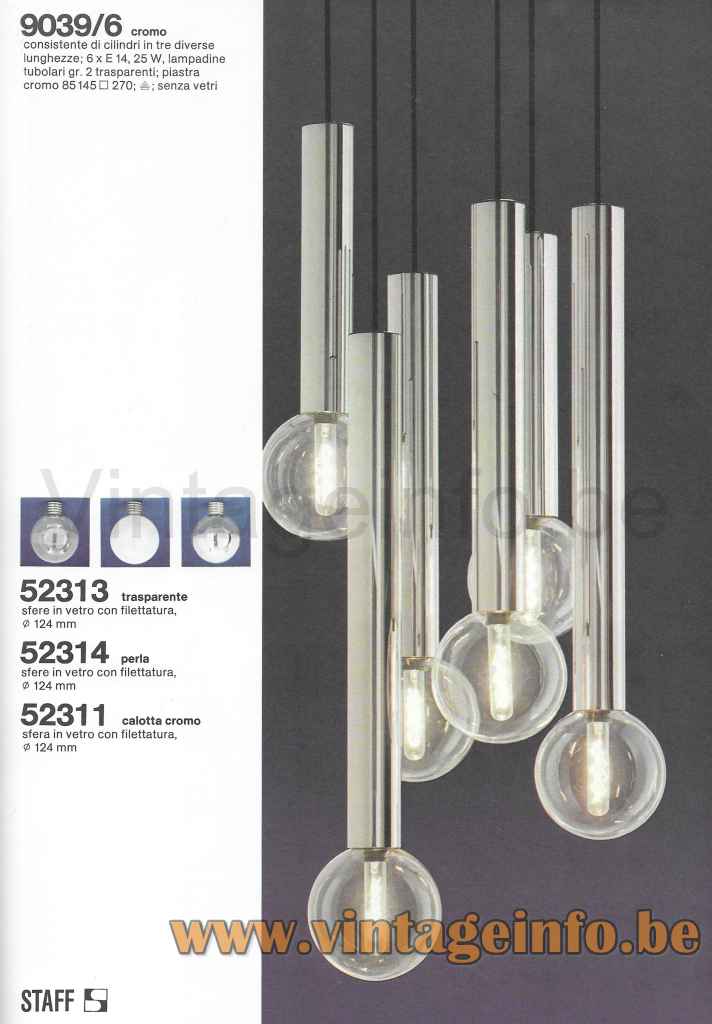 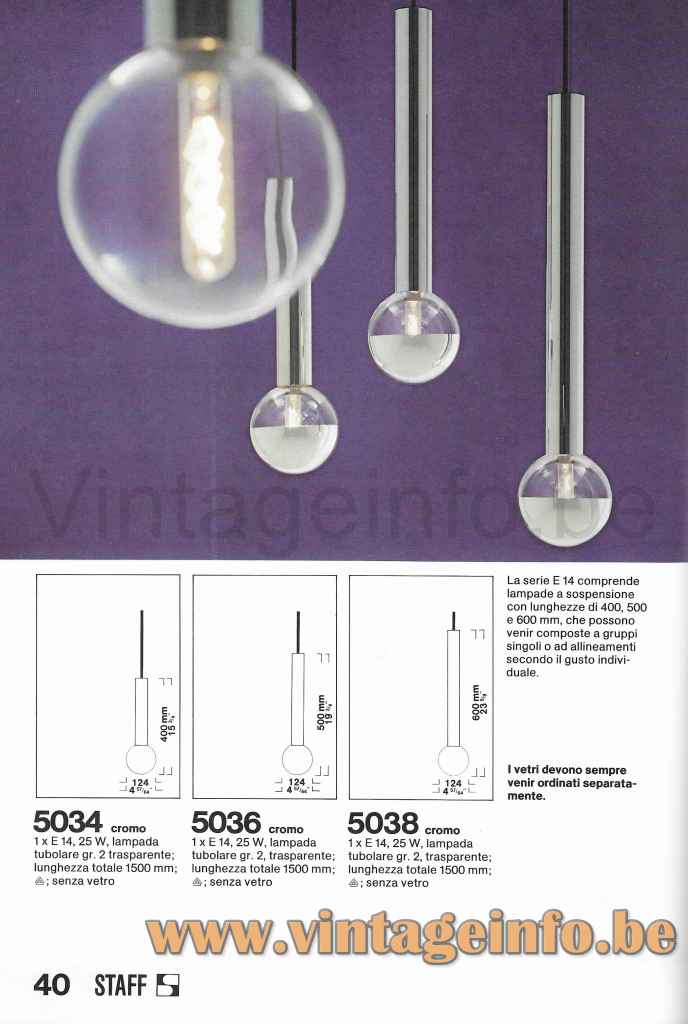 2008 – “Messages of light from Japan on the Seine”, Paris by Akari-Lisa Ishii & Motoko Ishii. Commemorating 150 years of Japan-France relations.

Other versions: This Motoko Ishii Staff pendant lamp exists in many versions. Cascading pendant lamps together. Big and small chandeliers. A sputnik chandelier and so on. All with this screw-in glass globes. They exists in clear, white, frosted and silver tipped glass.

These series of  lamps received an iF Design Award in 1977.

Motoko Ishii, born October 15, 1938 is a lighting designer from Japan. In 1965, she went to Finland to study designing lighting equipment.  She worked at lighting-design offices in Finland and Germany until 1967.  In Germany Motoko Ishii studied architectural illumination. Returning to Japan in 1968, she established the Ishii Motoko Design Office.

For Staff and the Yamagiwa Electric Co. LTD, she designed many lamps. You can find the awarded ones on the iF Design Award website. These lamps were sold by both companies.

Motoko Ishii’s Staff designs are often confused with the designs of Rolf Krüger. You can find his designs for Staff over here.