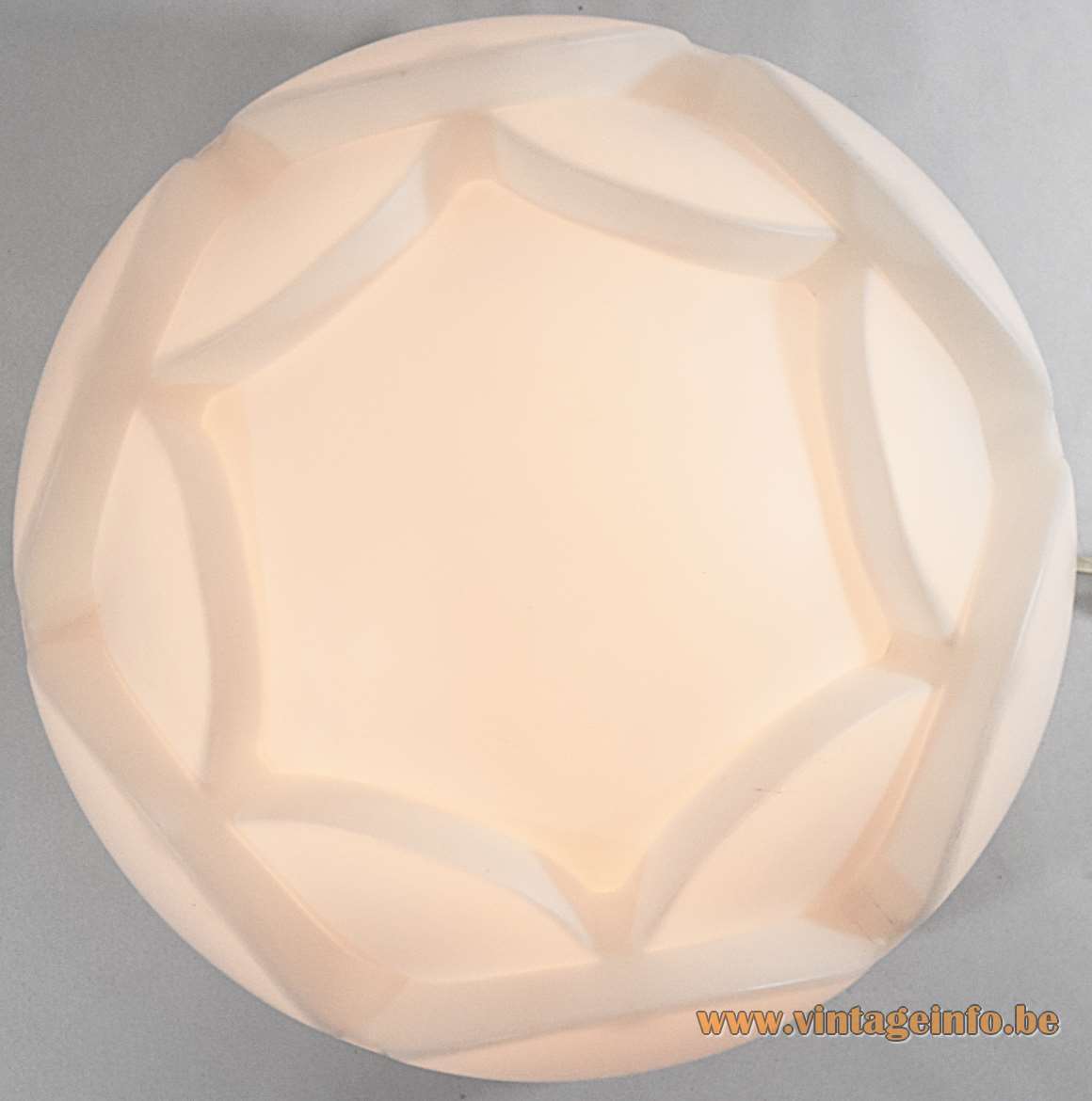 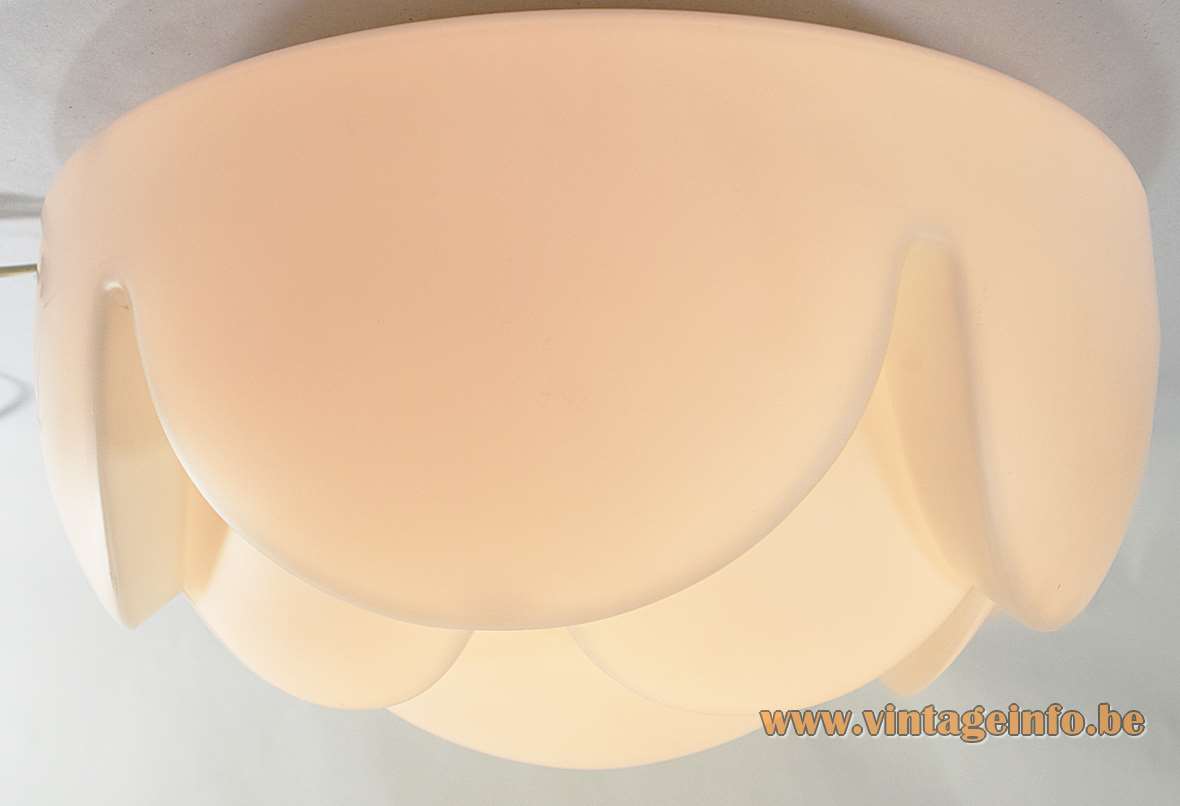 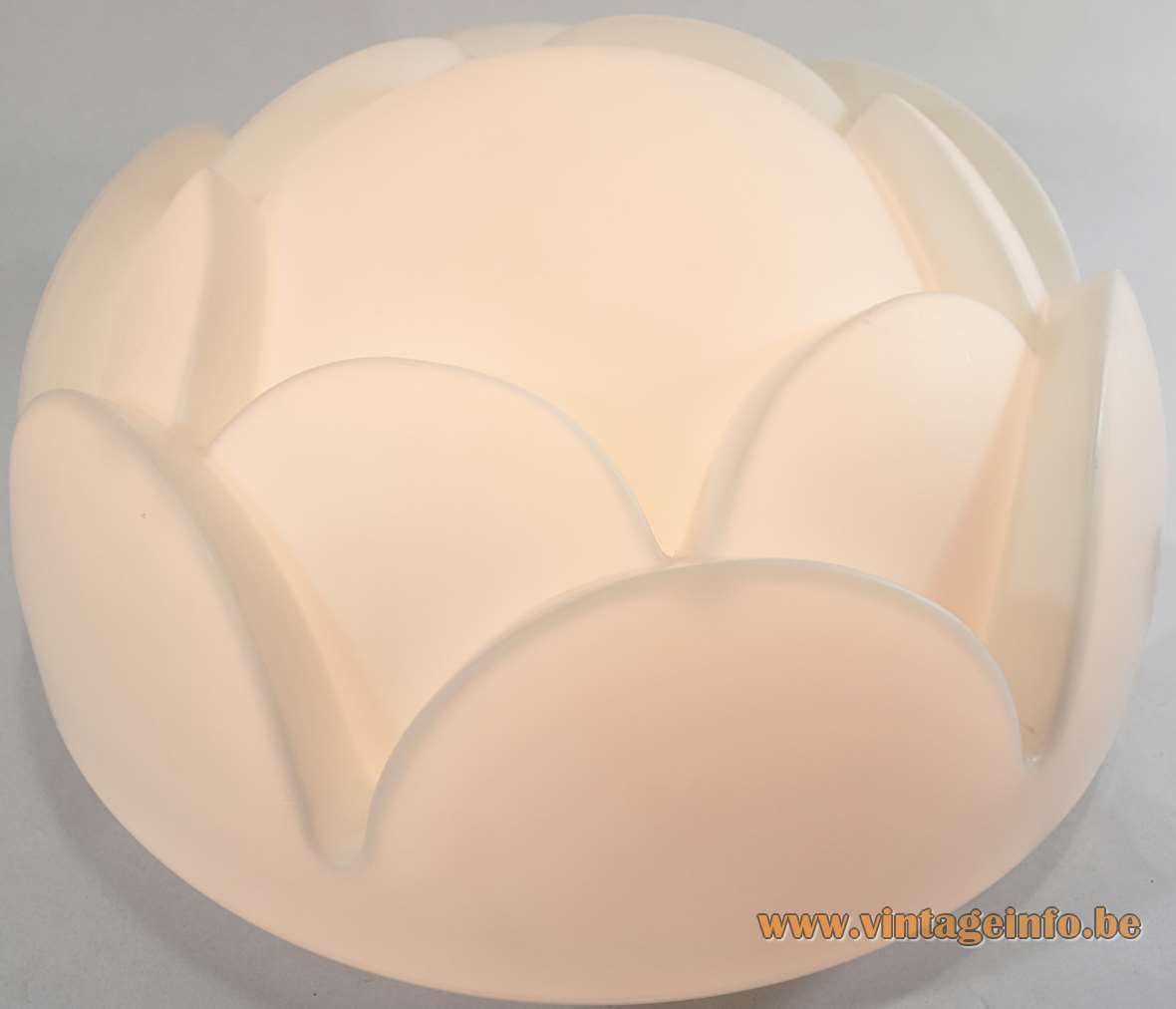 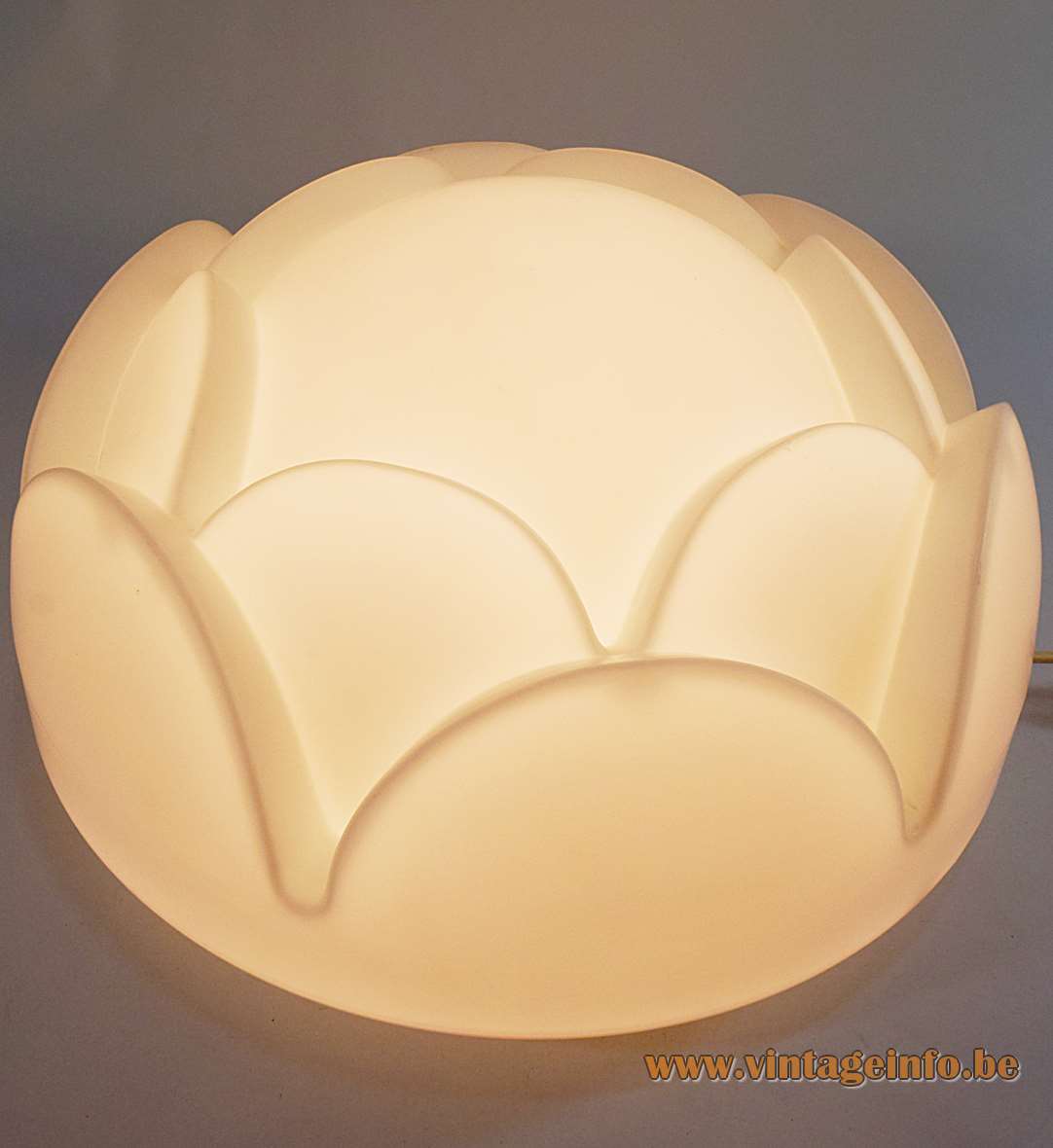 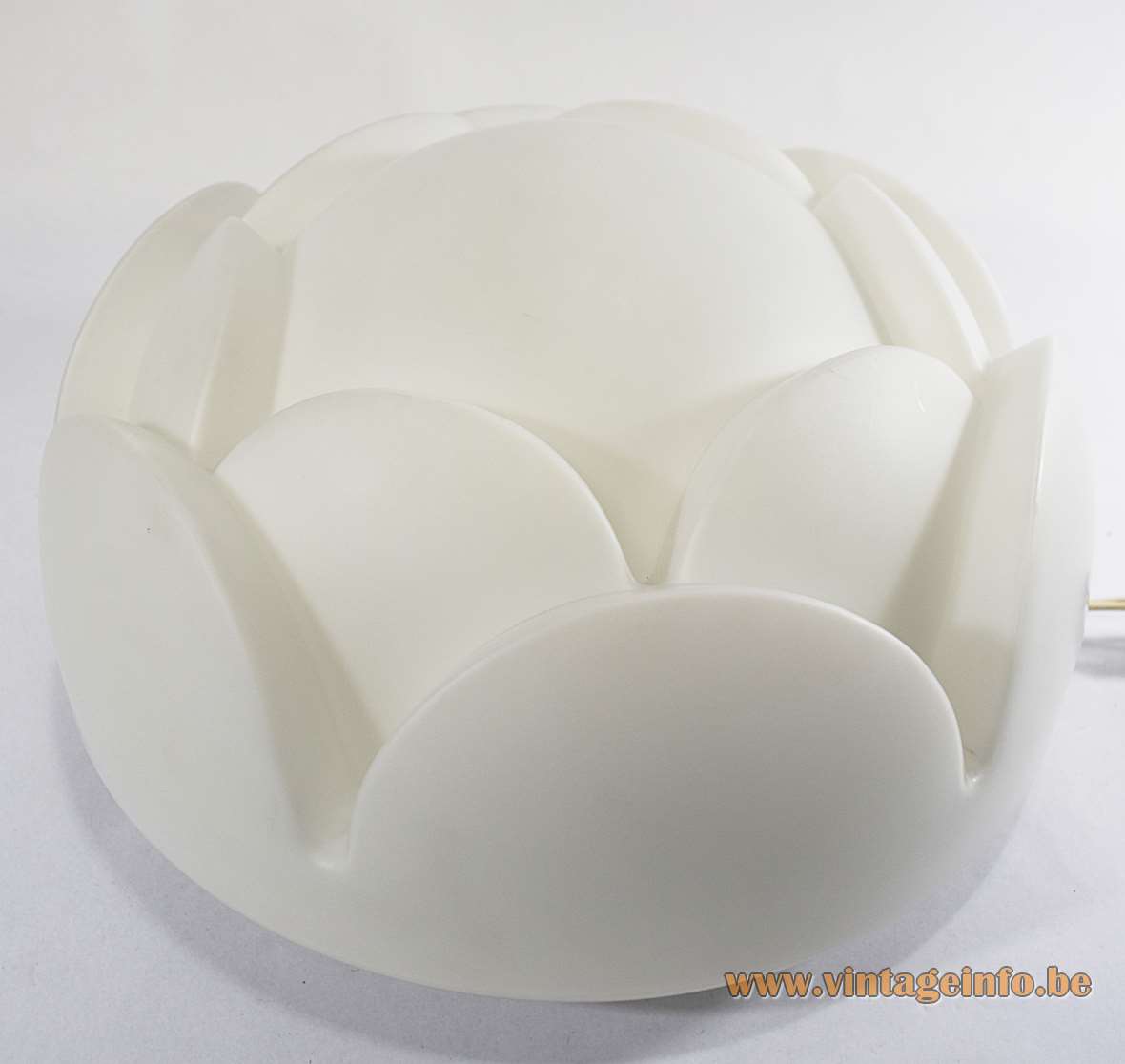 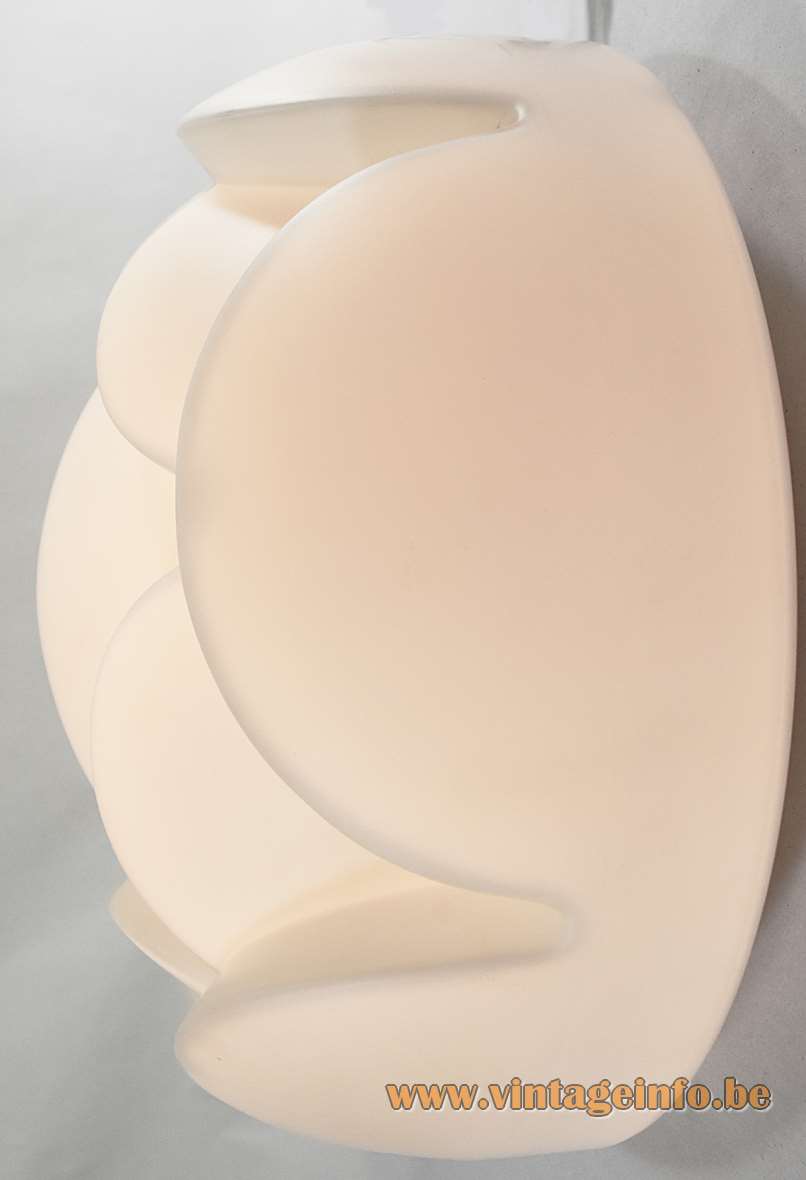 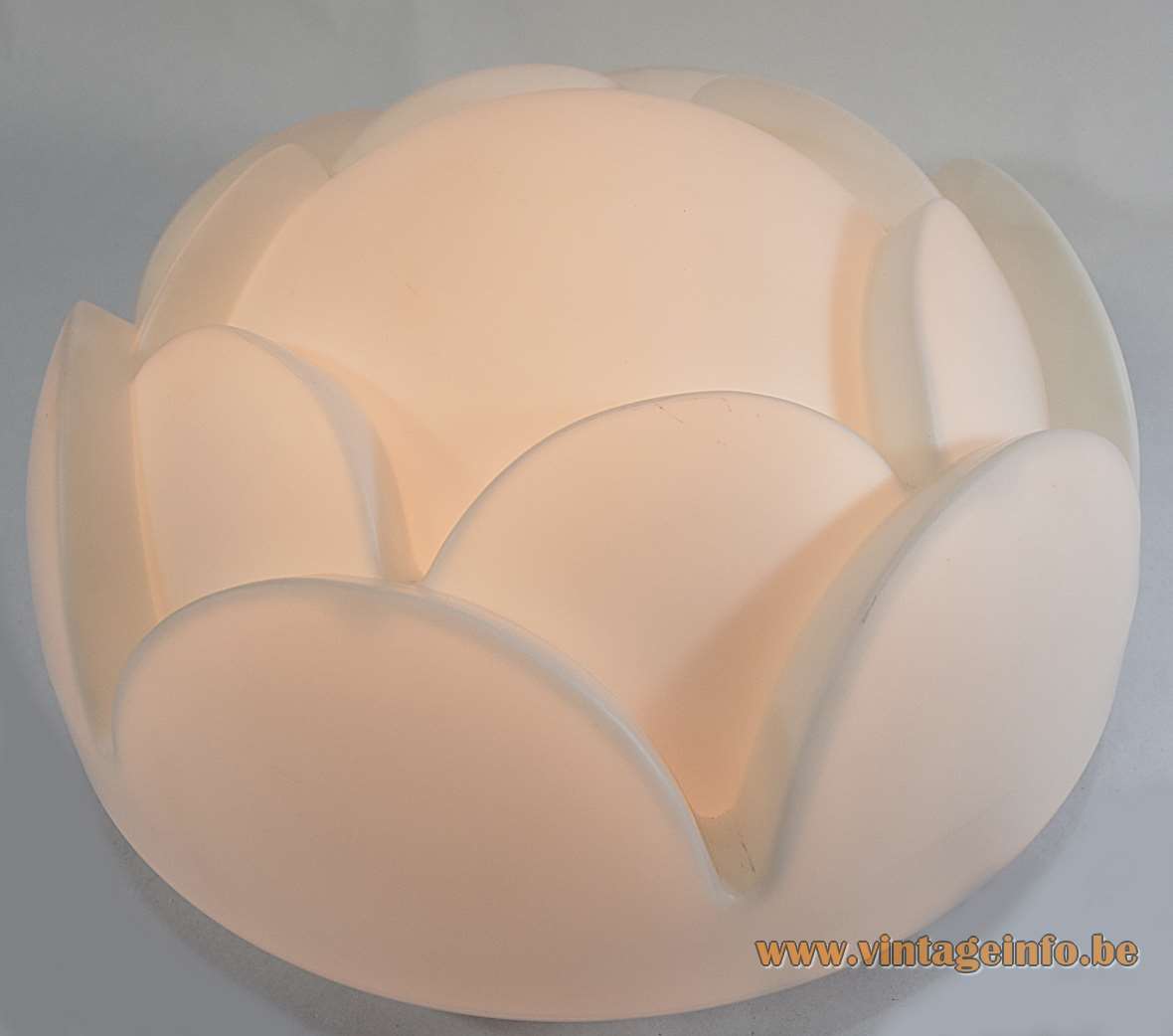 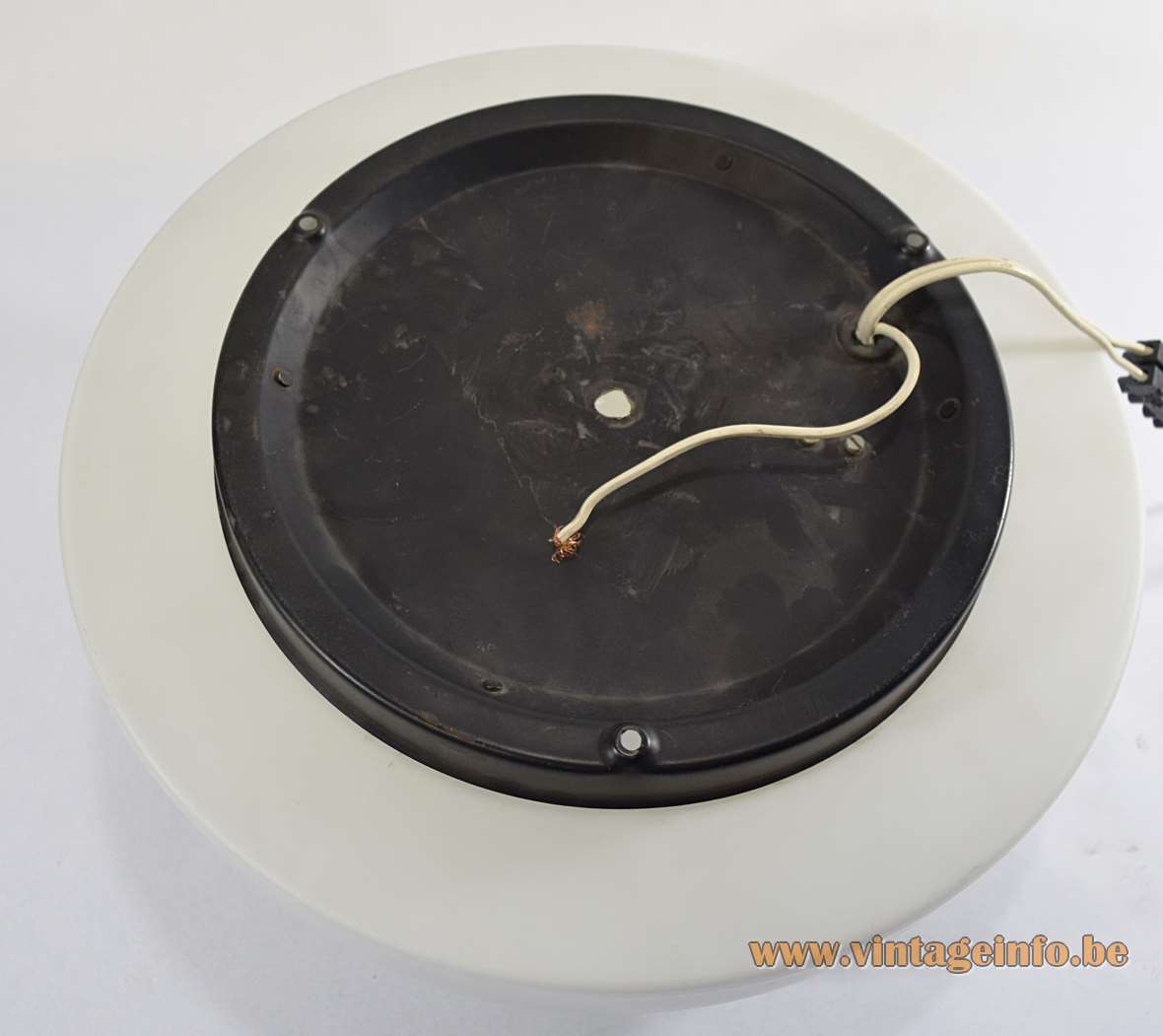 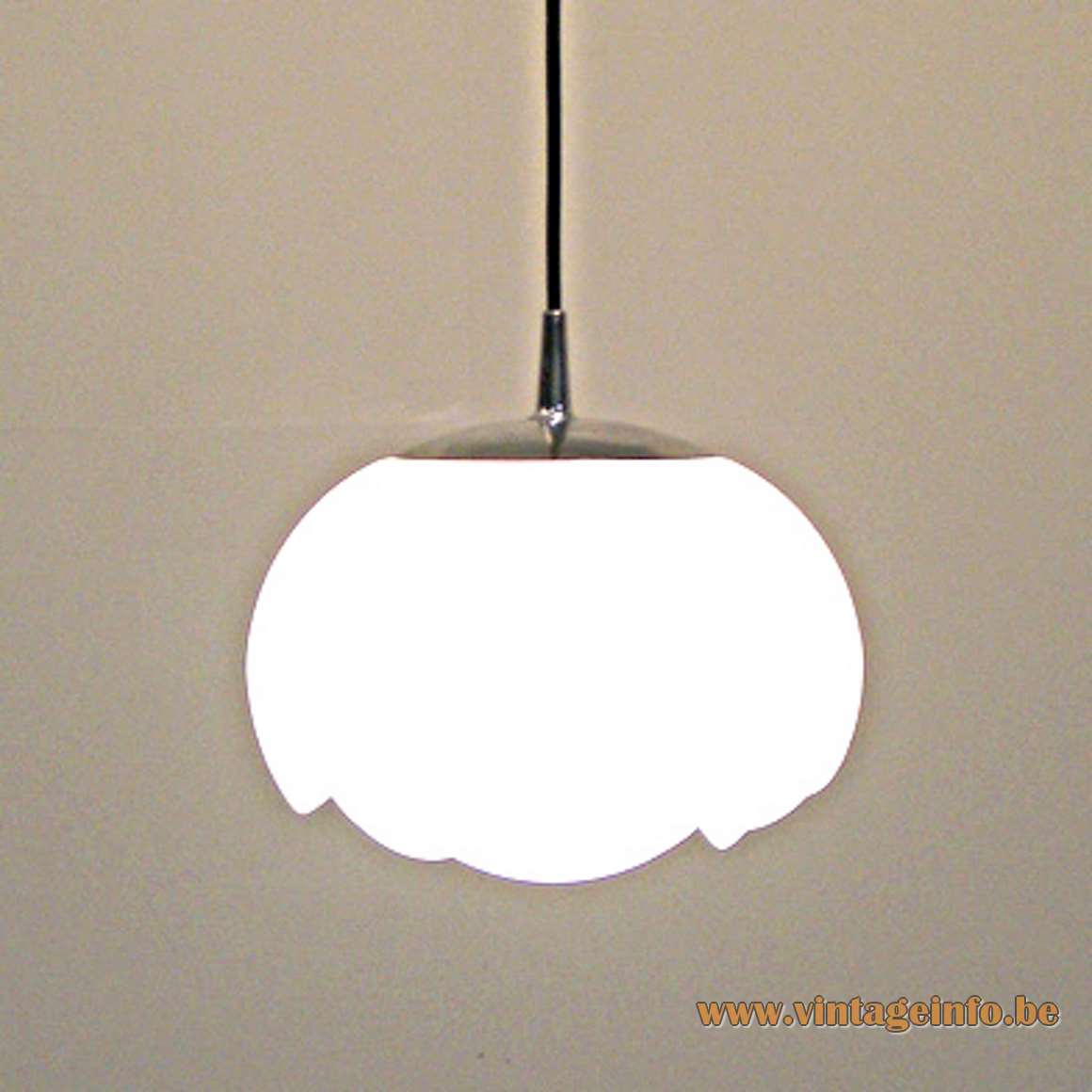 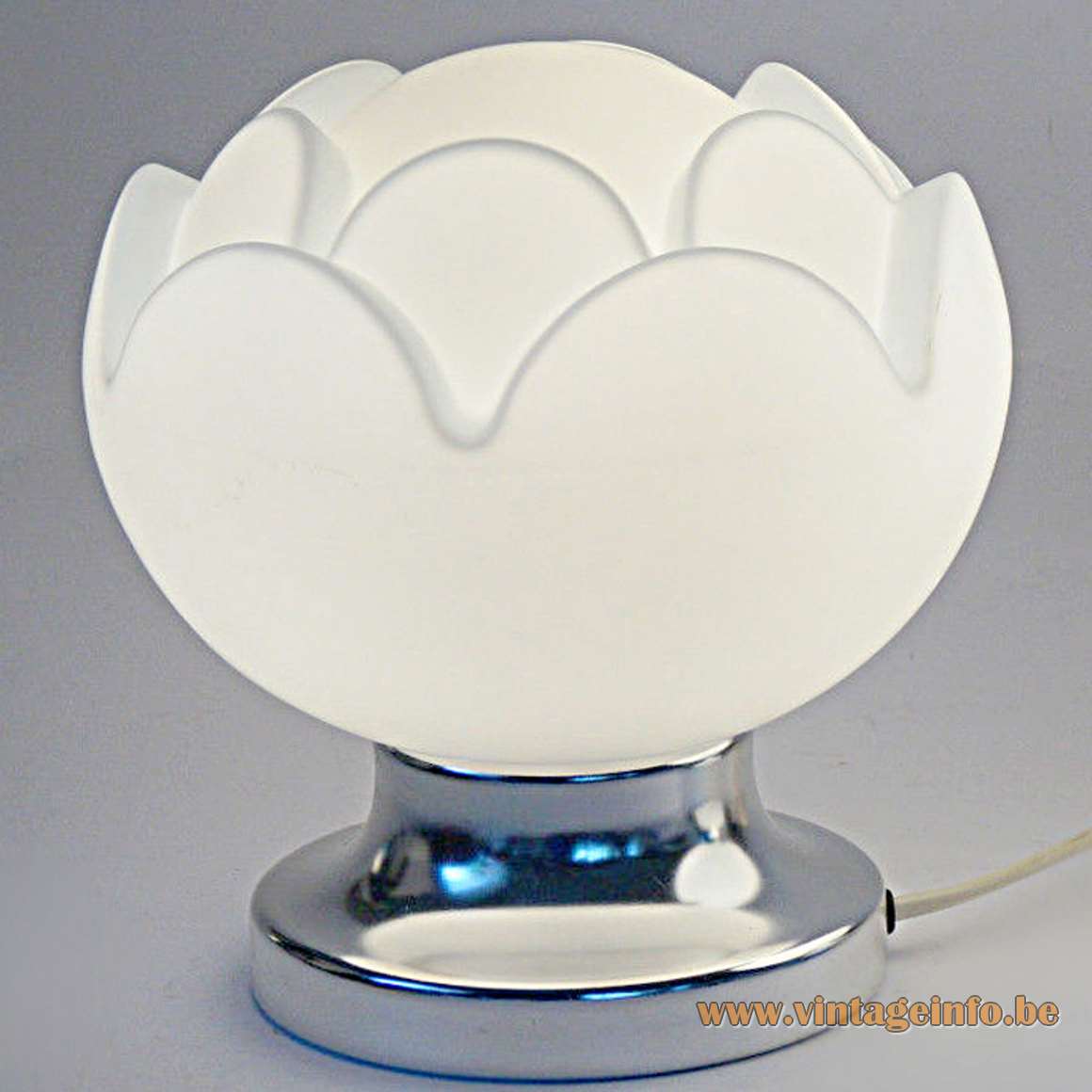 Other versions: This Peill + Putzler artichoke flush mount exists in several different forms and sizes. Exists as a table lamp, wall lamp and pendant lamp. Sometimes named water lily, seerose in German. Maybe it is the real name of this lamp, but I could not find any proof for it.

In the 1950s 1500 people were working for the company. They also produced glass for other light companies in Europe, such as Raak Amsterdam, The Netherlands and Massive from Belgium, to name a few.

Peill + Putzler received many design awards, not only for lighting.