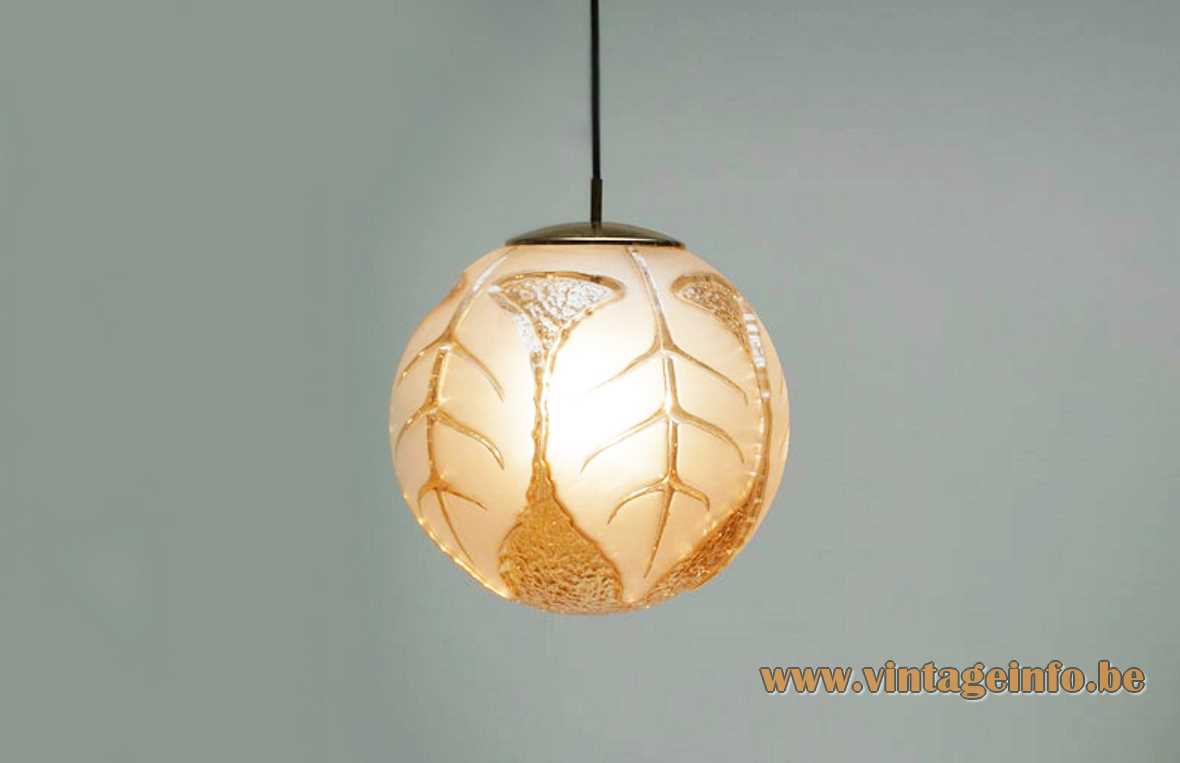 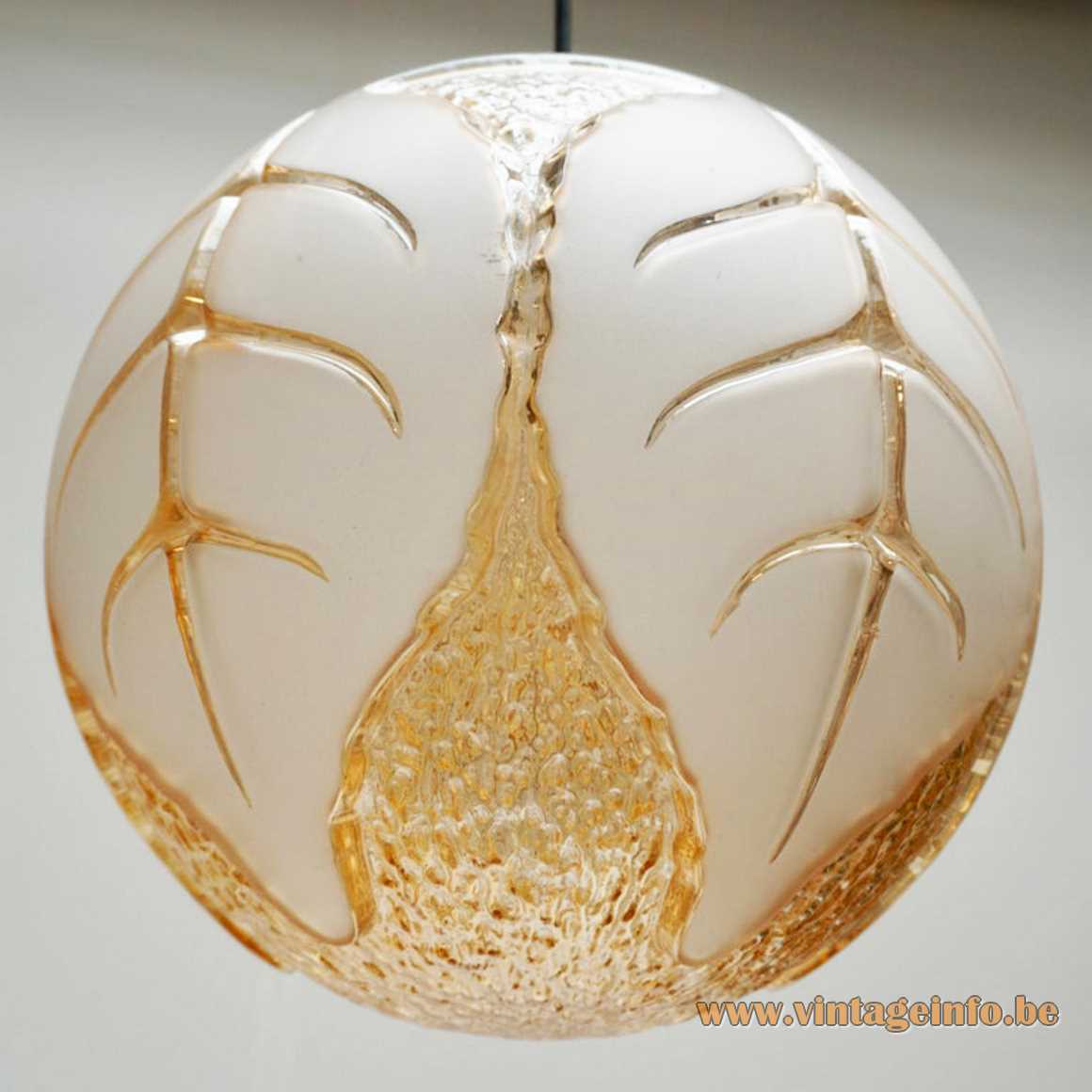 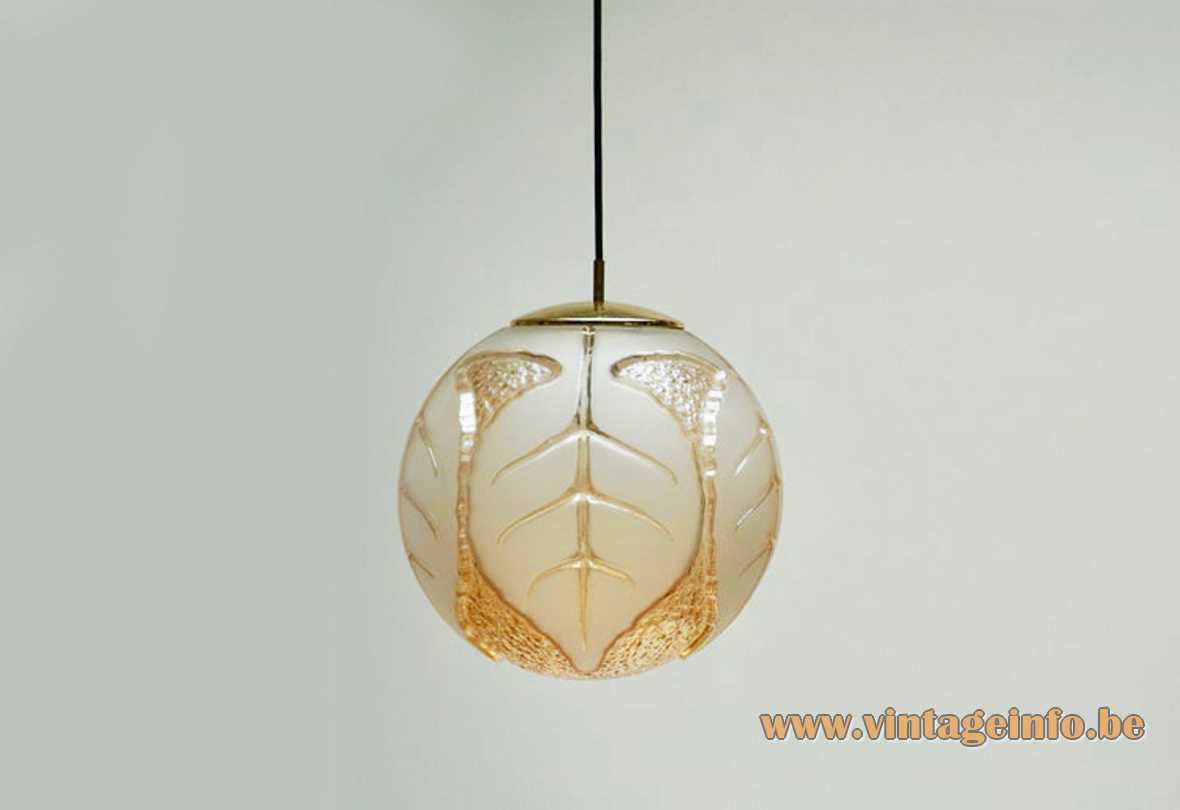 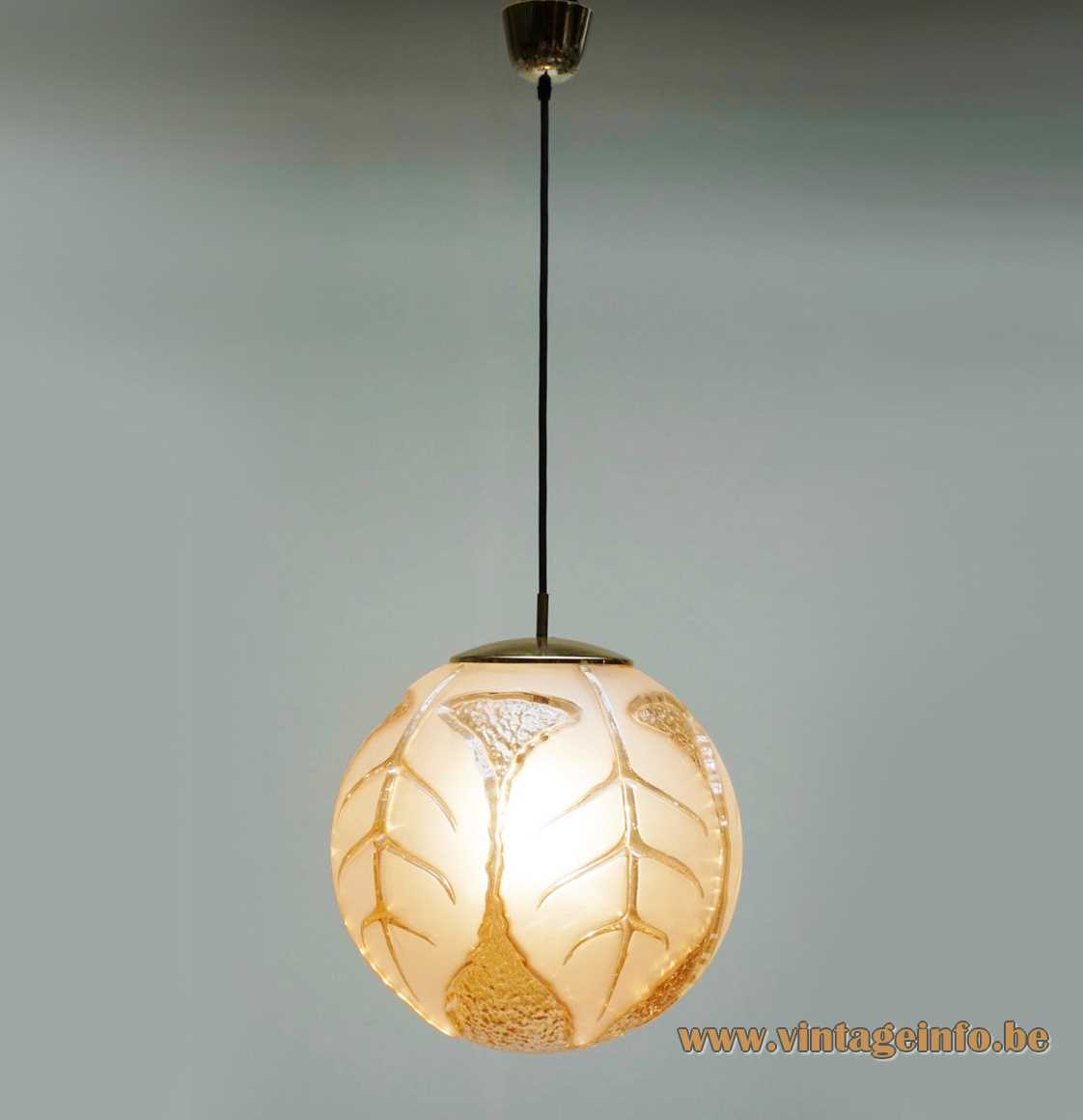 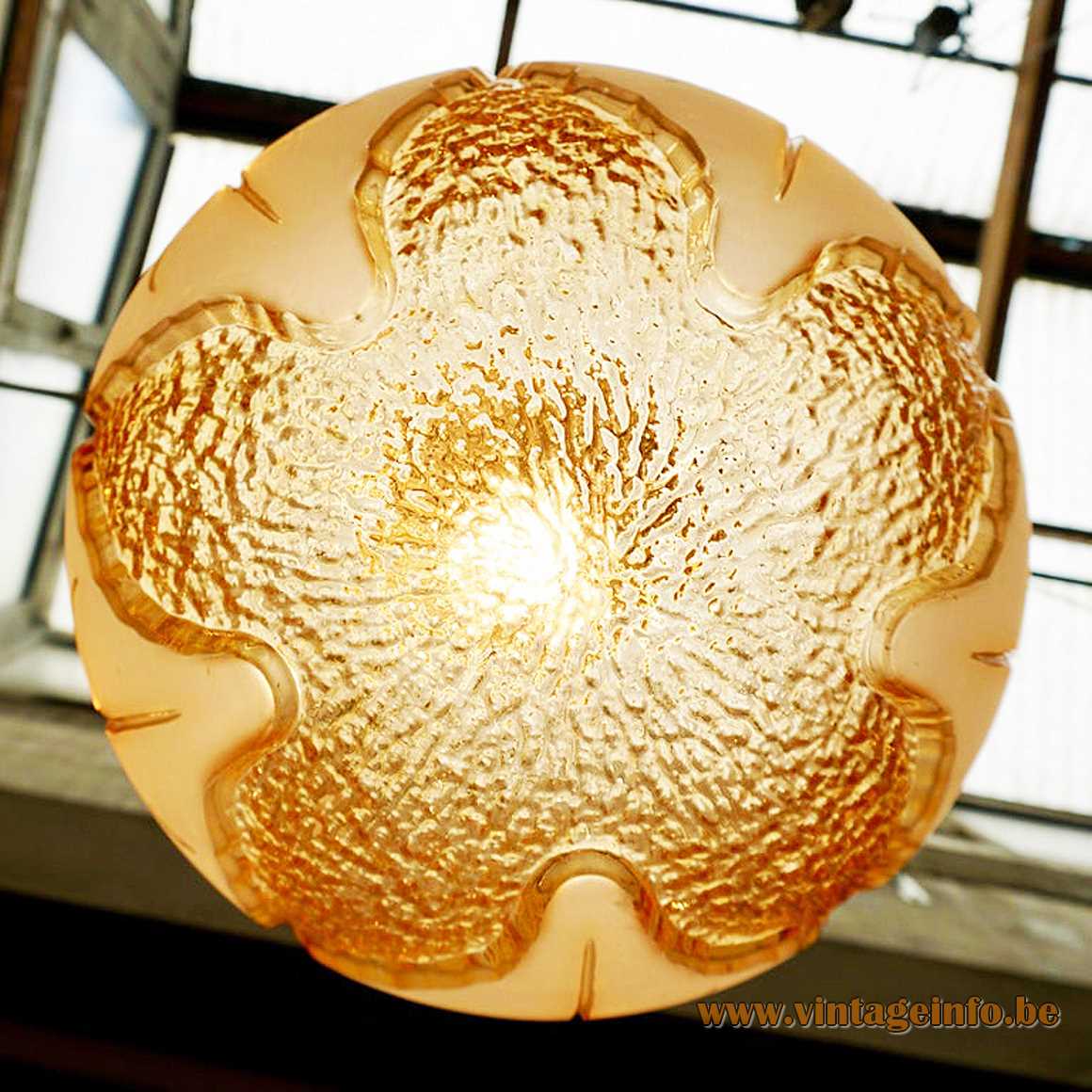 Other versions: The glass design of this Peill + Putzler globe pendant lamp was used for several other lamps. It was used for table lamps, drinking glasses, decanters and so on. Made in several colours and sizes.