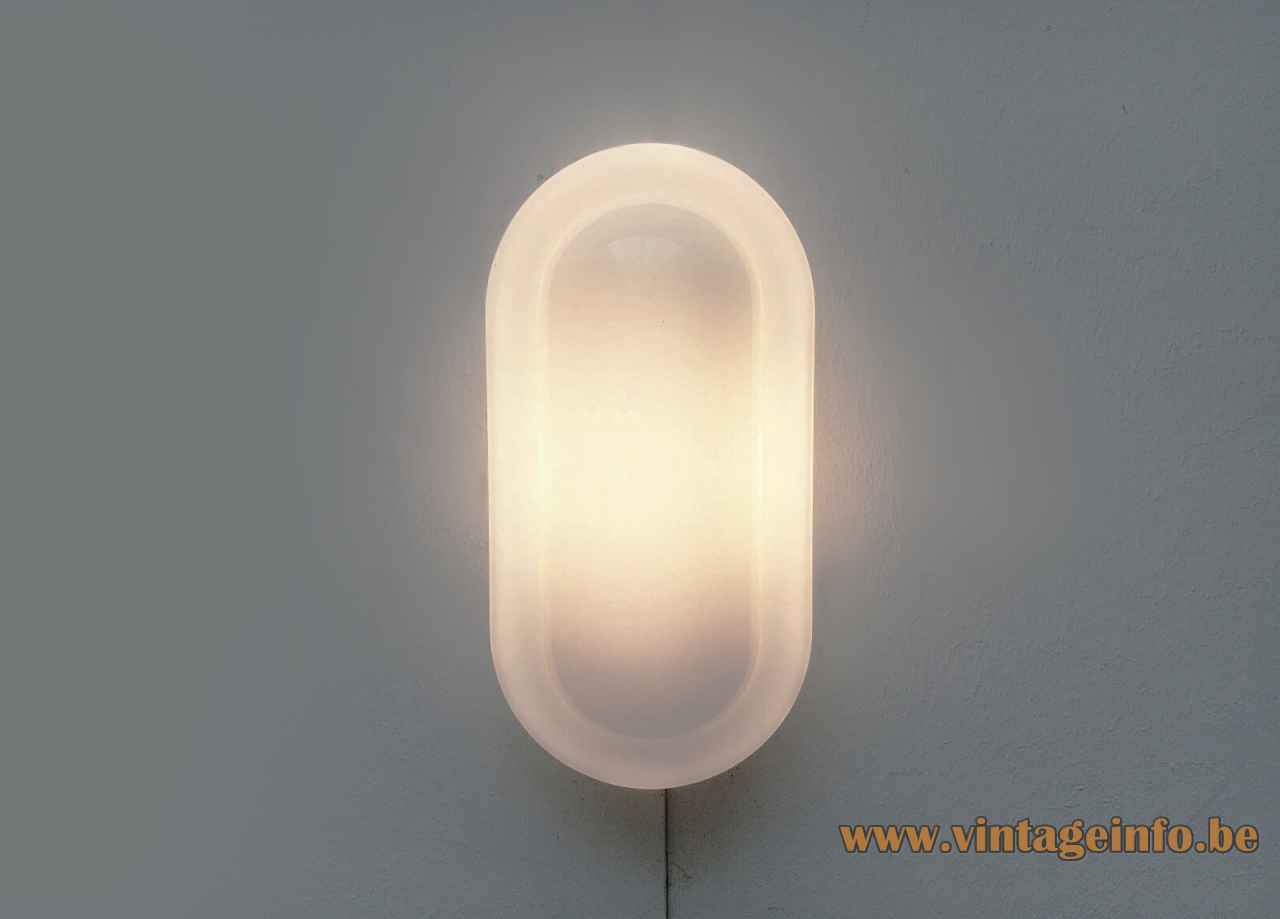 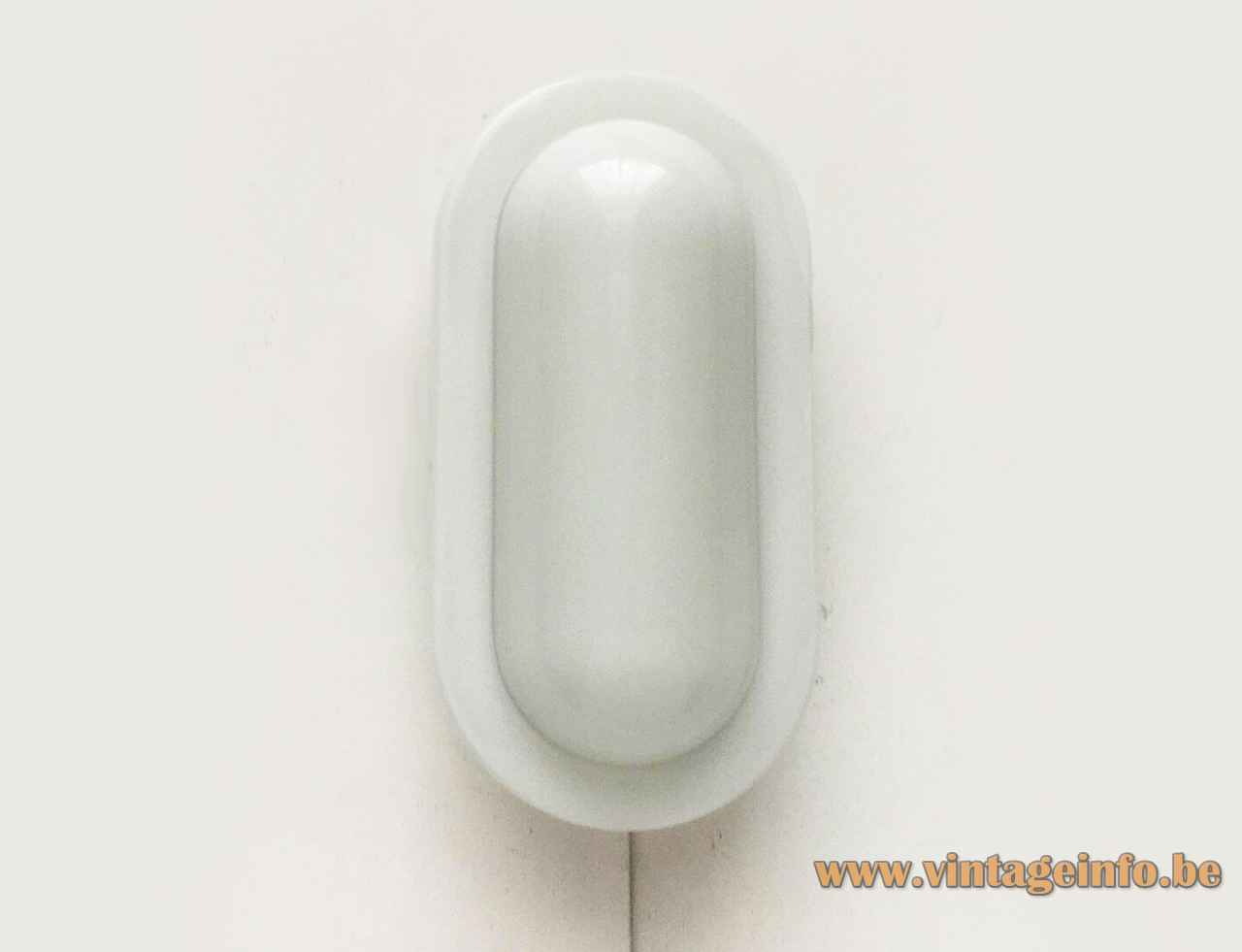 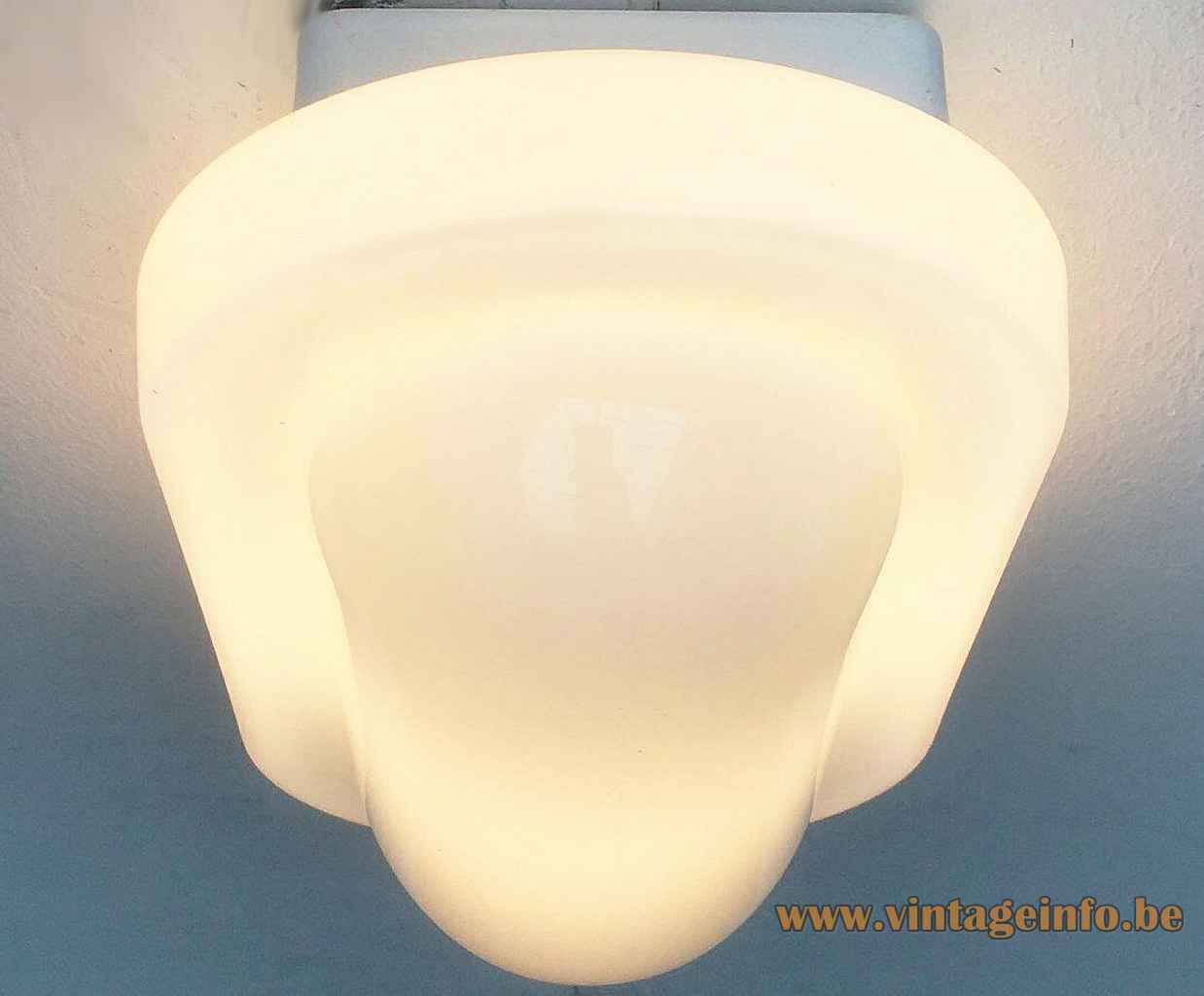 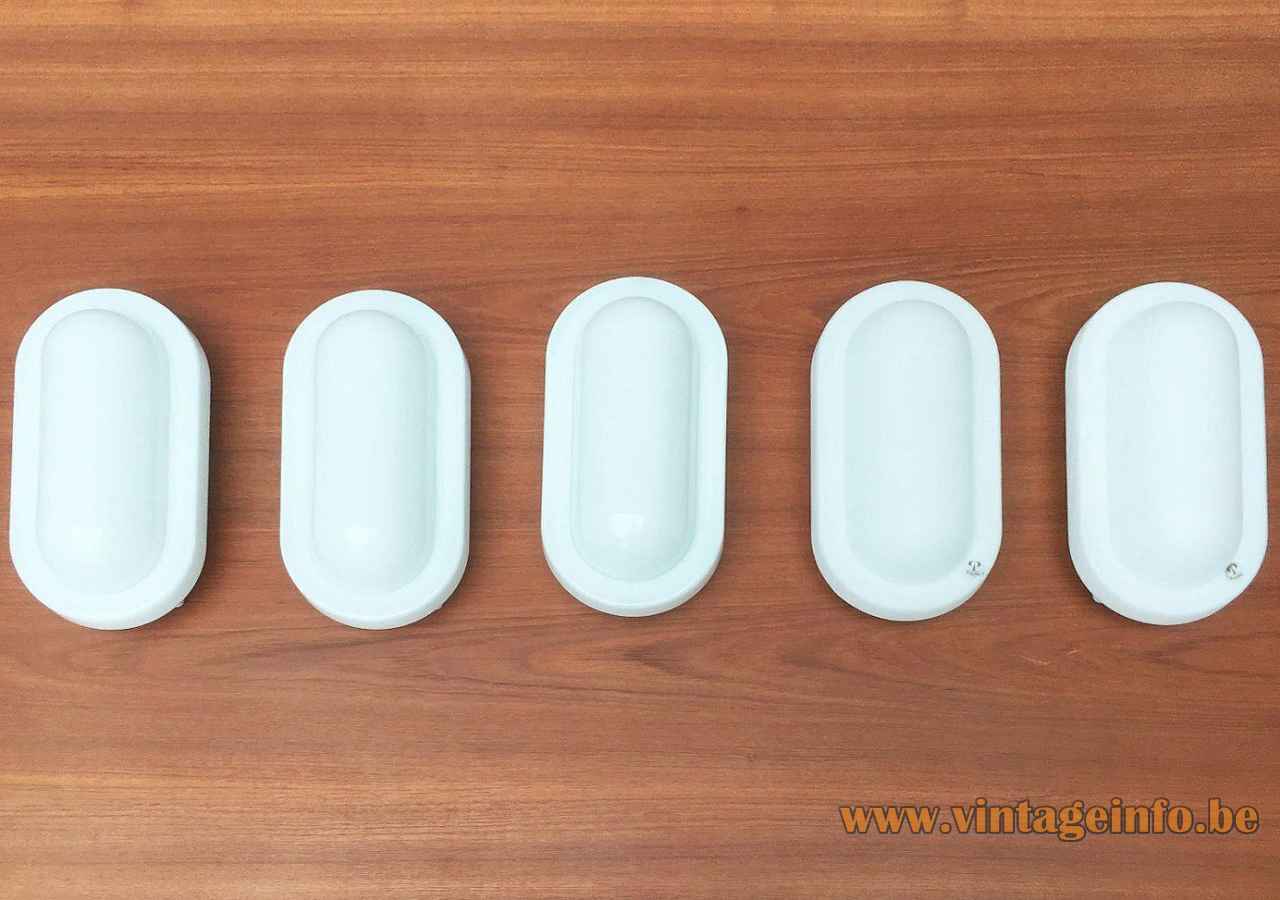 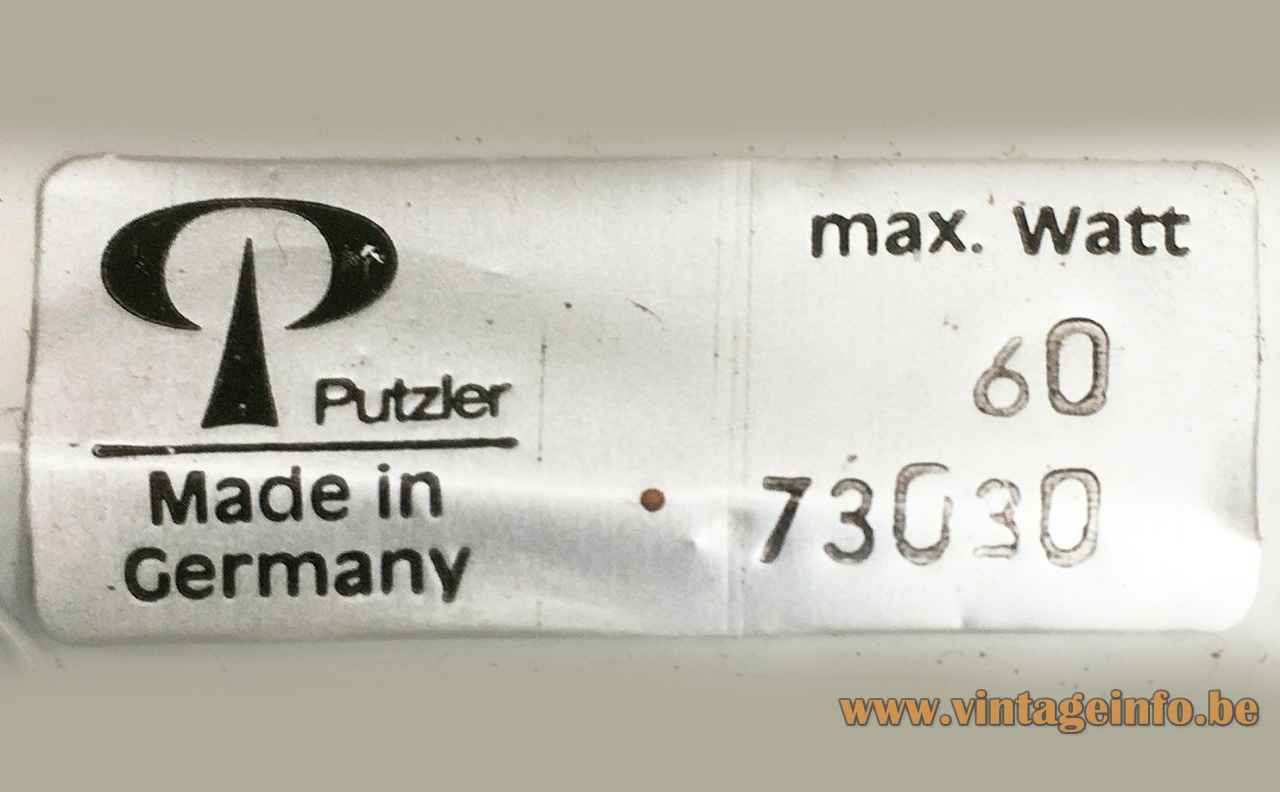 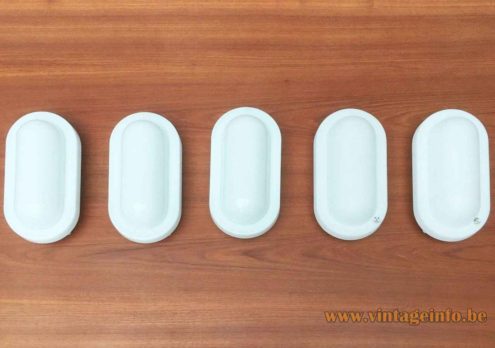 Other versions: This Peill + Putzler oval wall lamp exists also in a round version (model 71226). Several other types of glass were used.