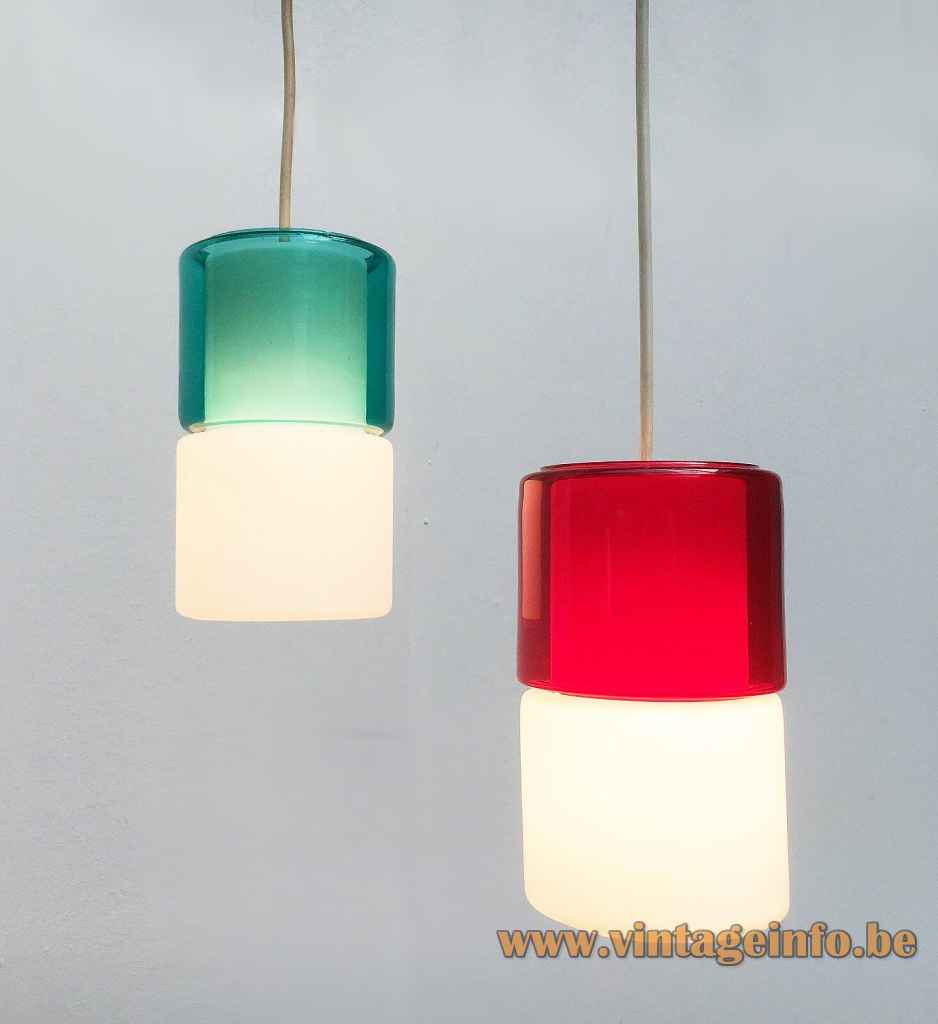 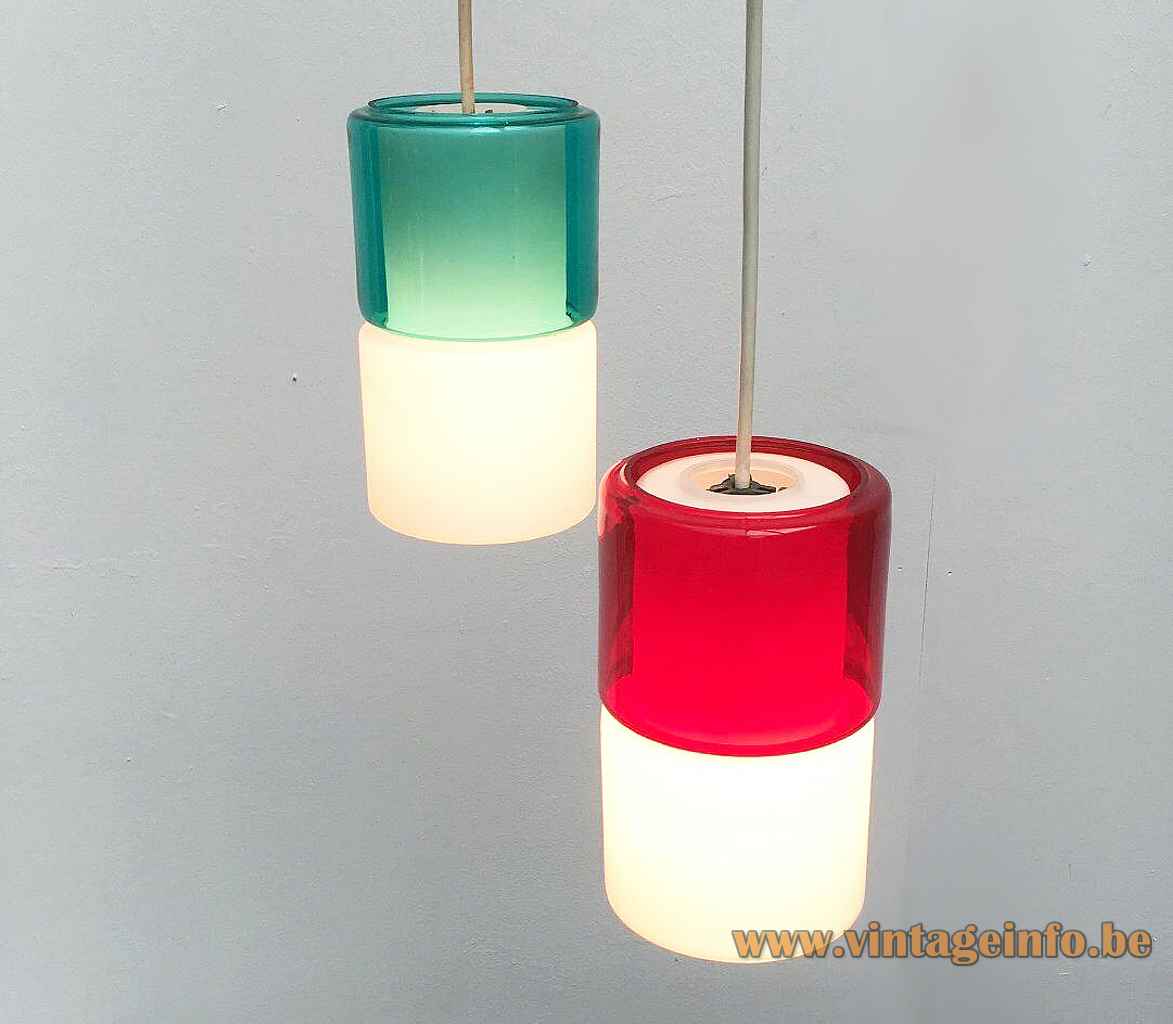 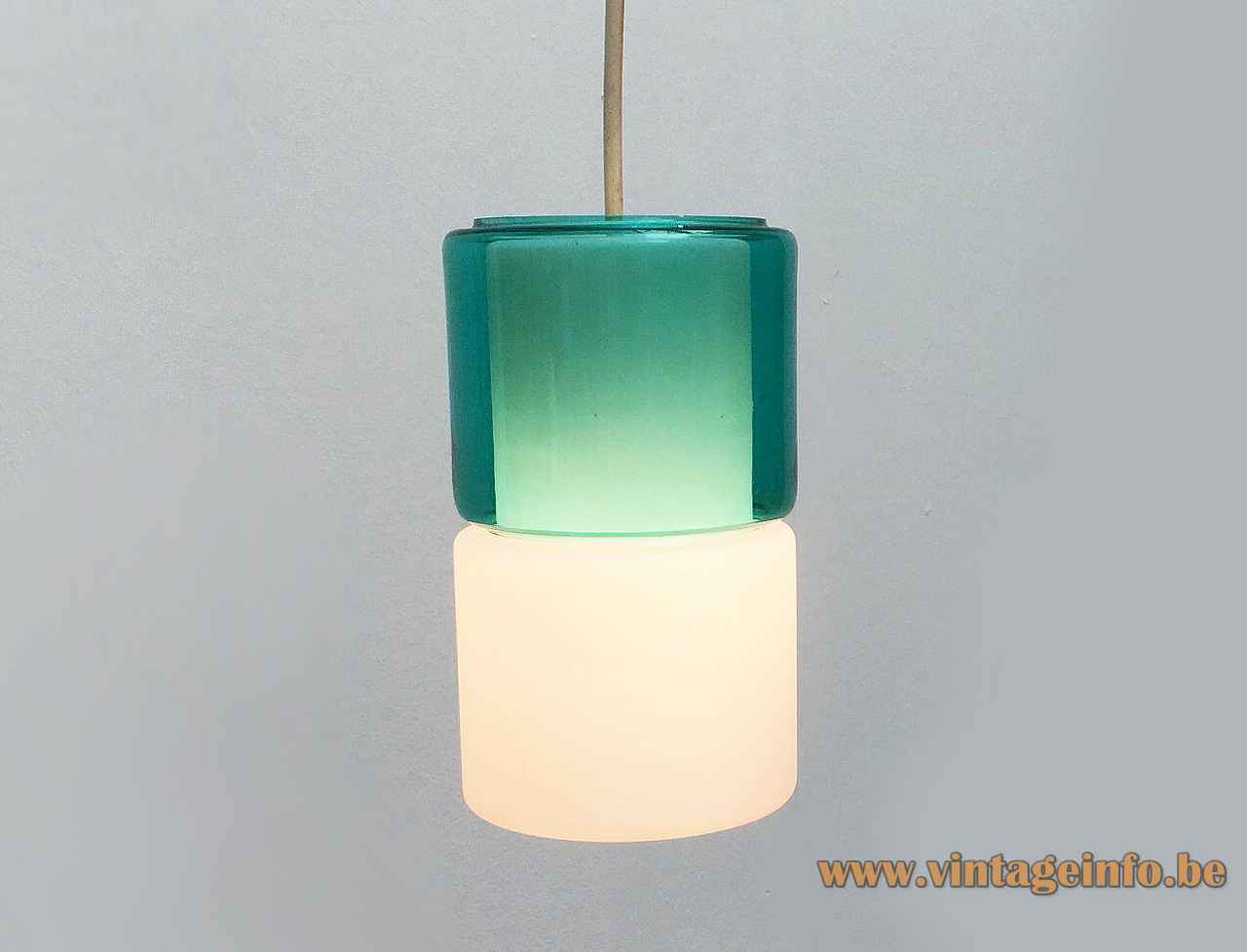 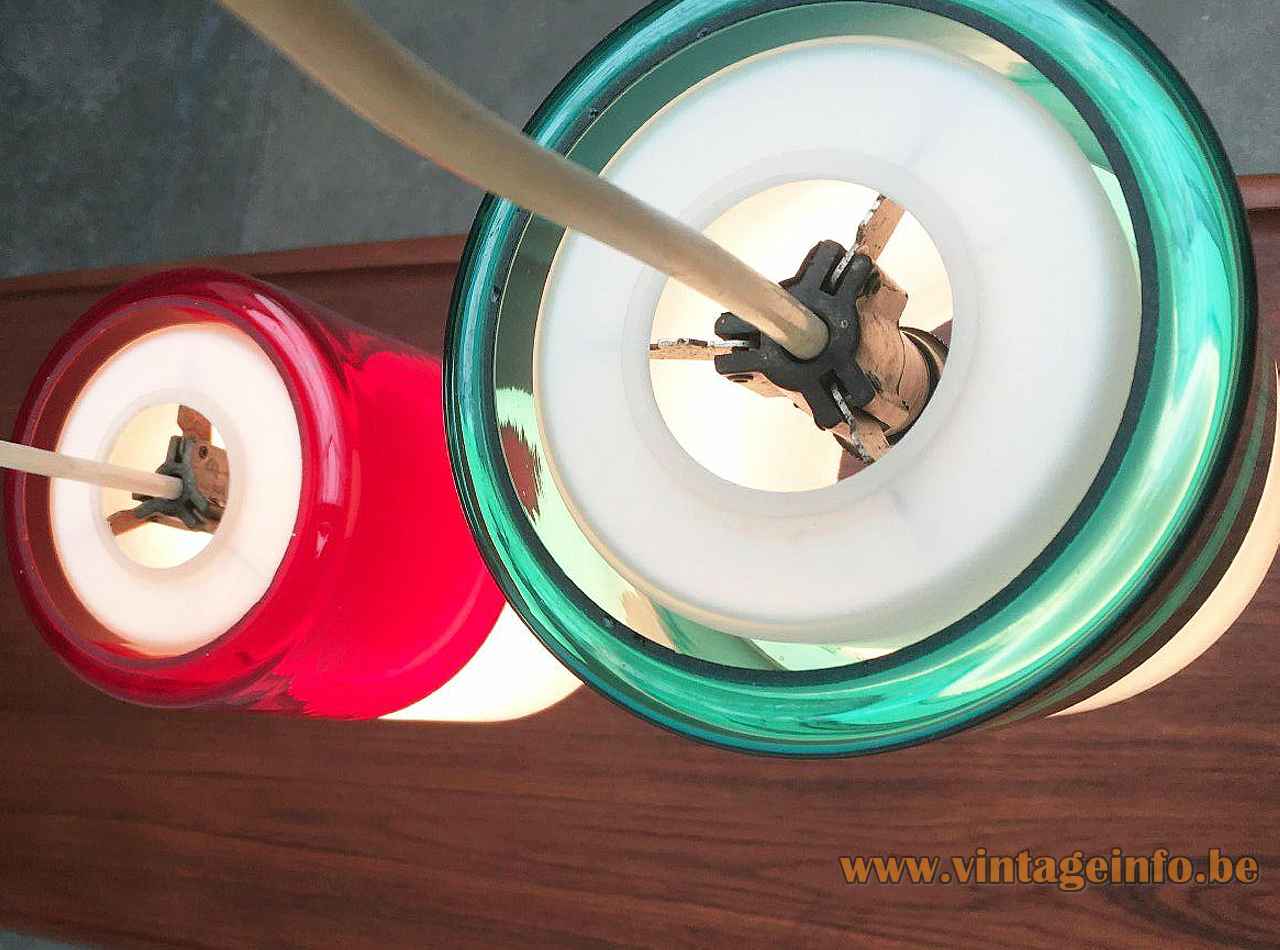 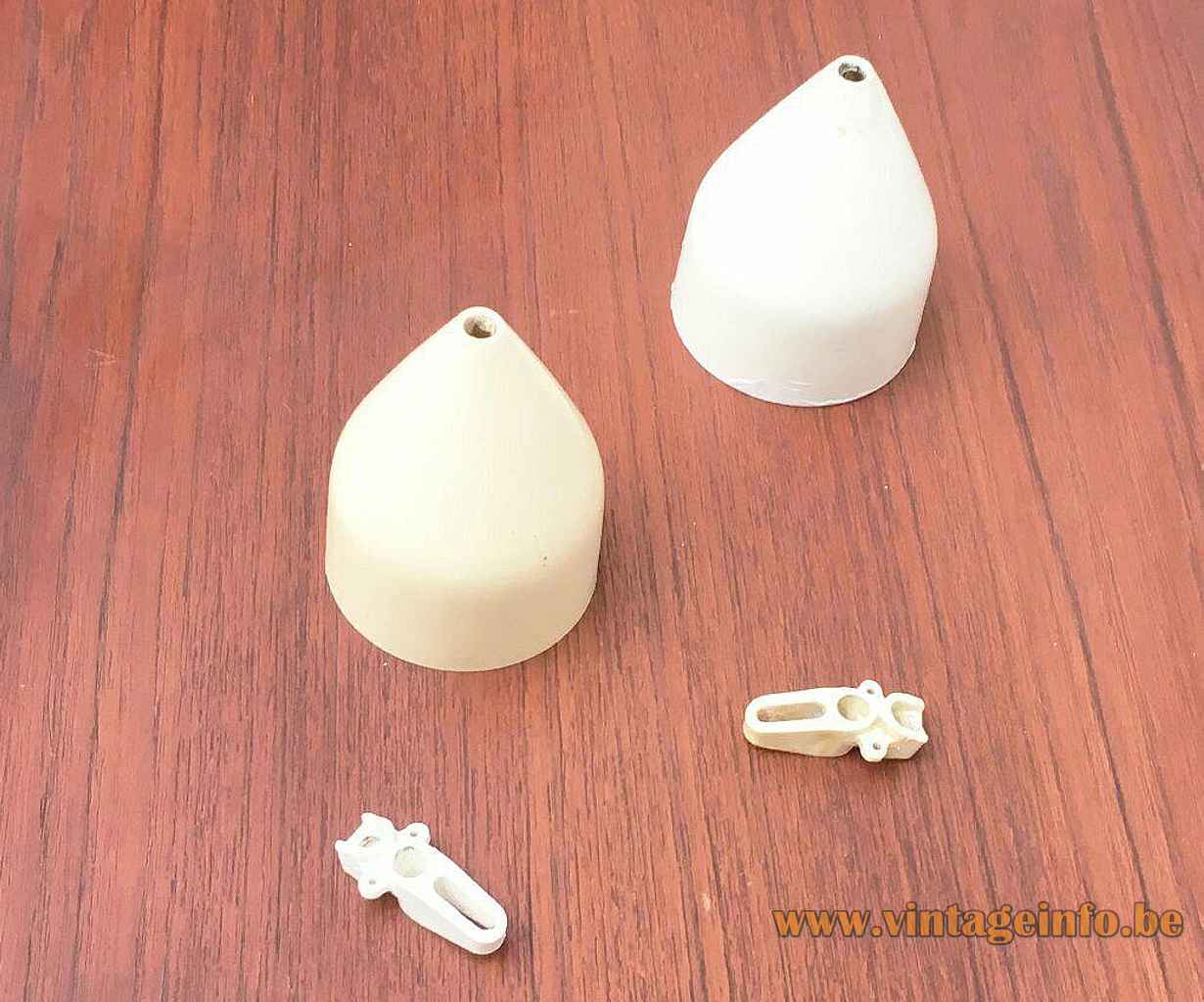 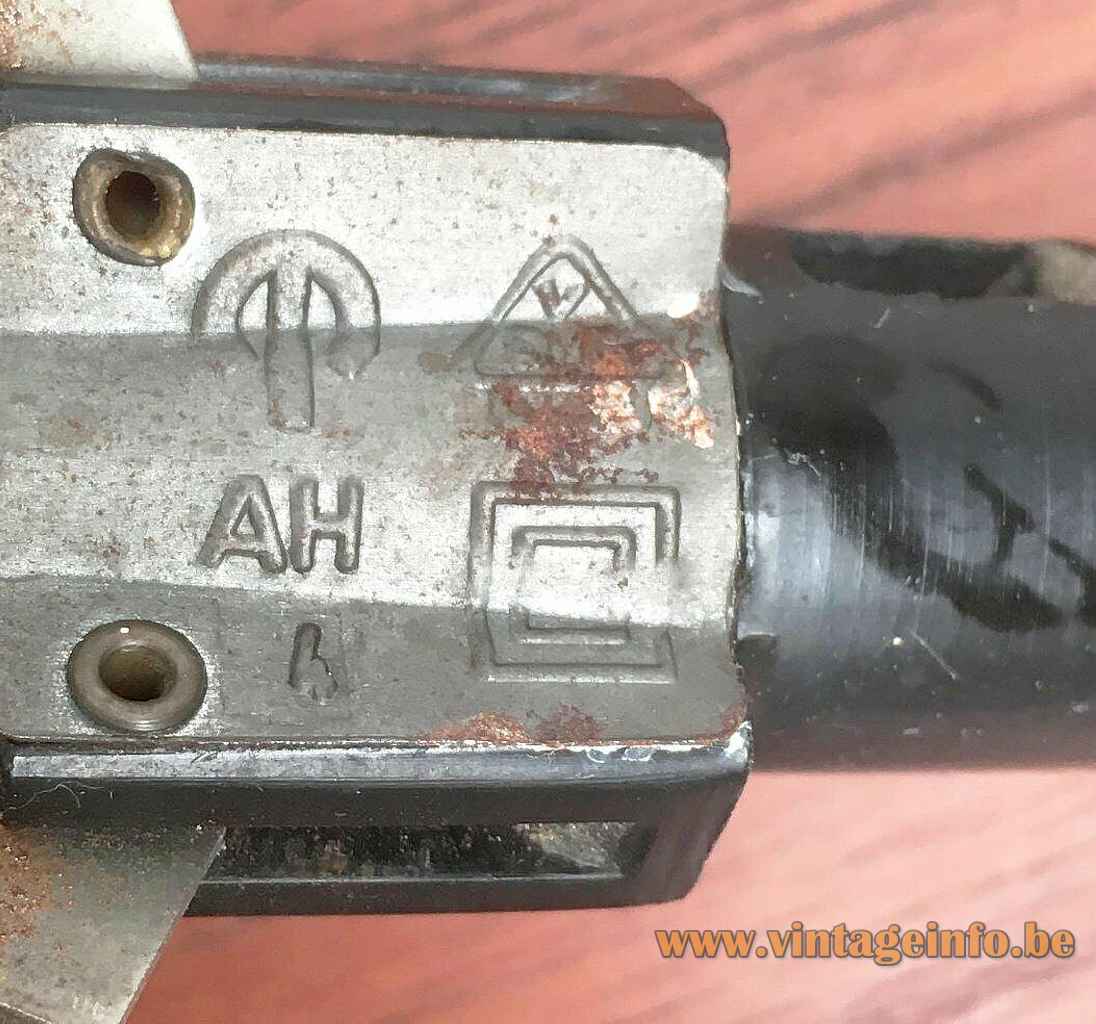 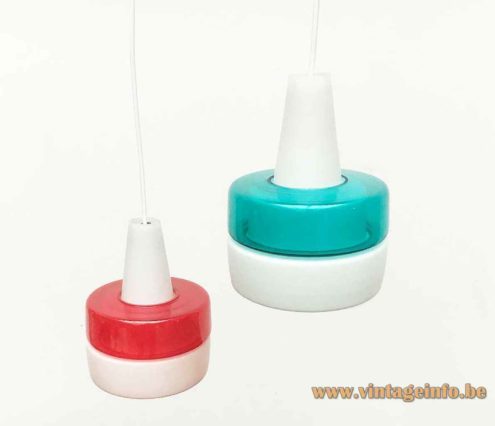 Other versions: This Peill + Putzler duotone pendant lamp exists in several colours. Other models in this duotone glass were also produced as you can see.

These type of lamps became popular in the late 1950s, early 1960s. Many companies produced lamps in this duotone style.