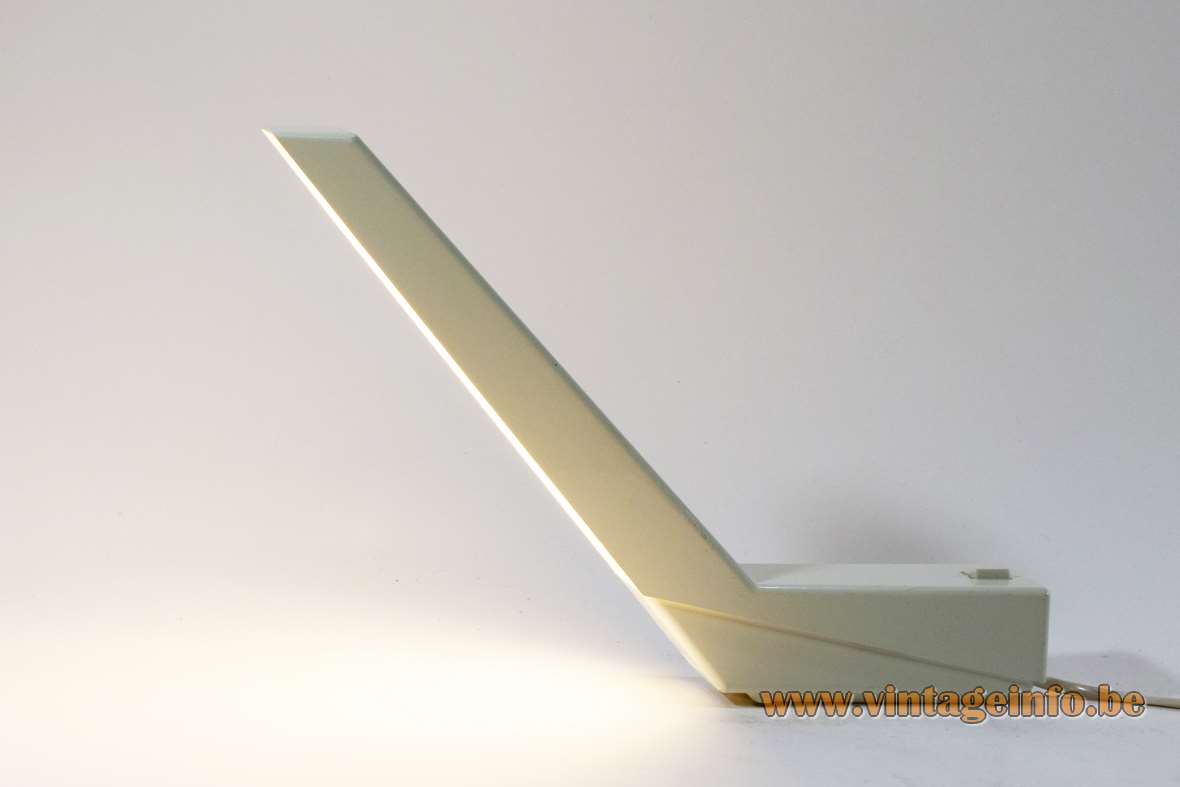 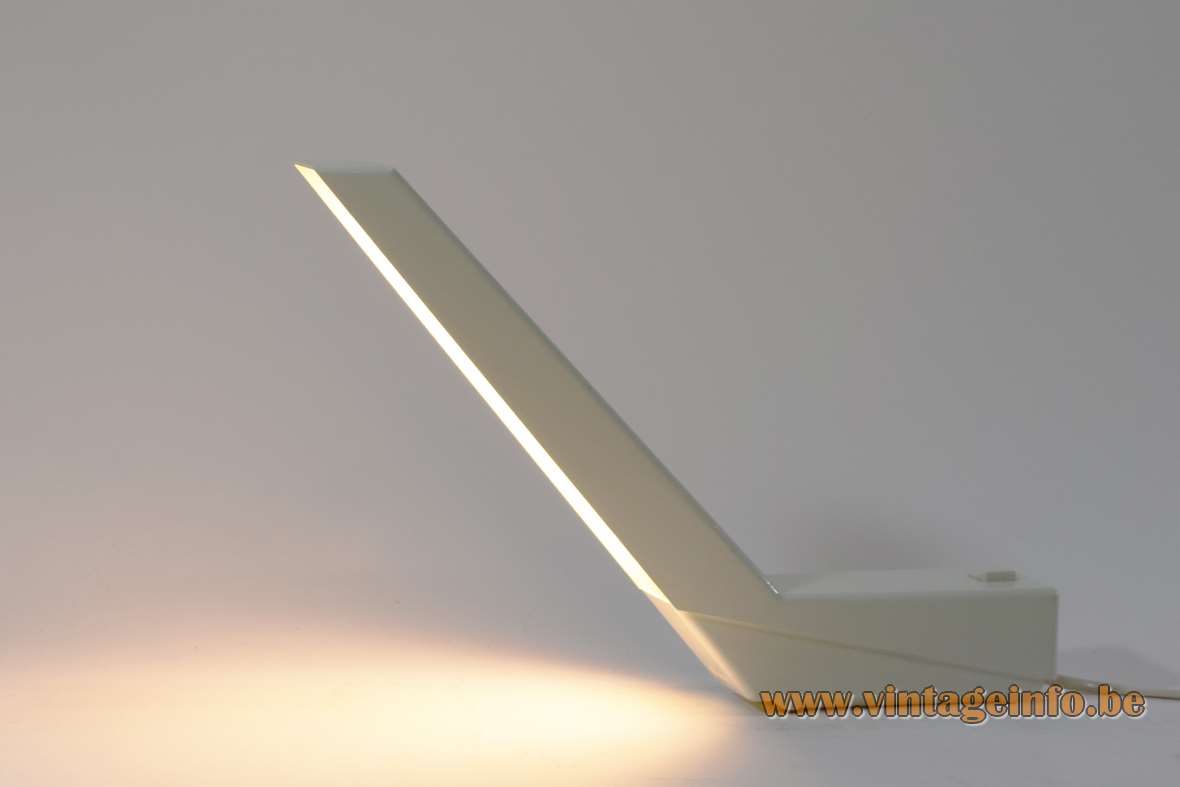 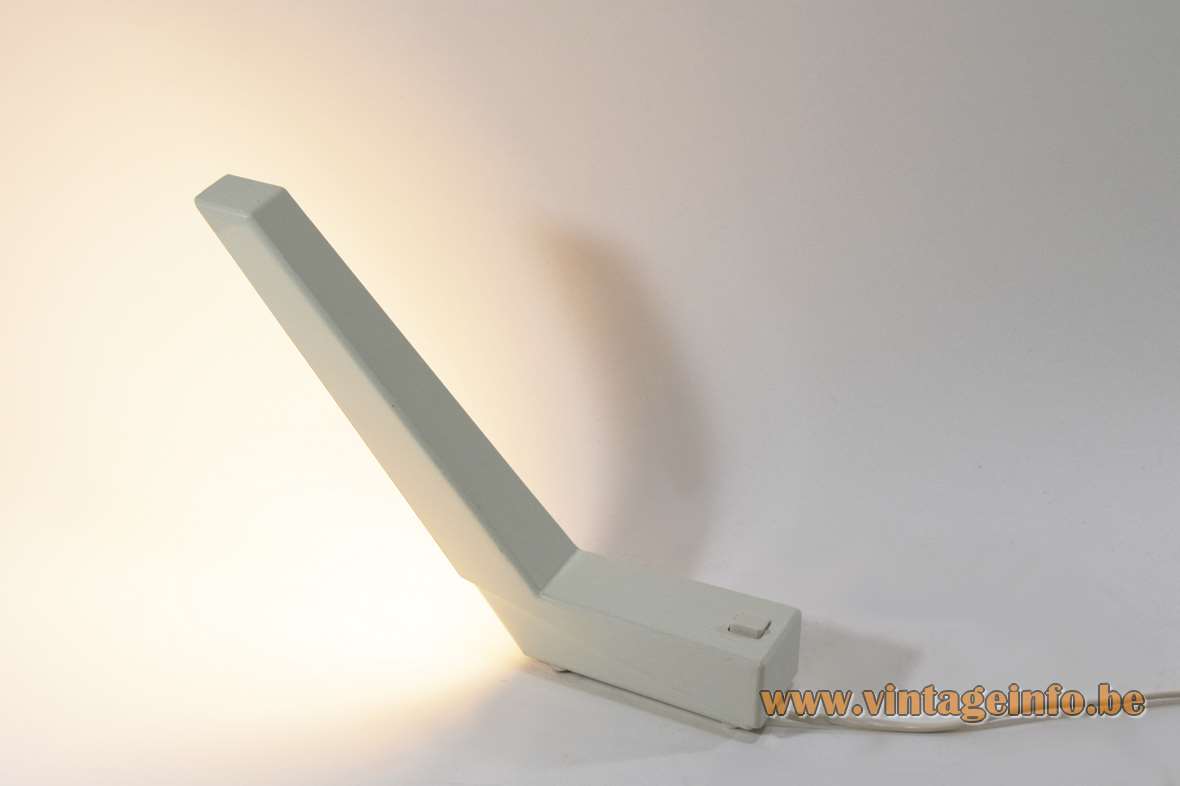 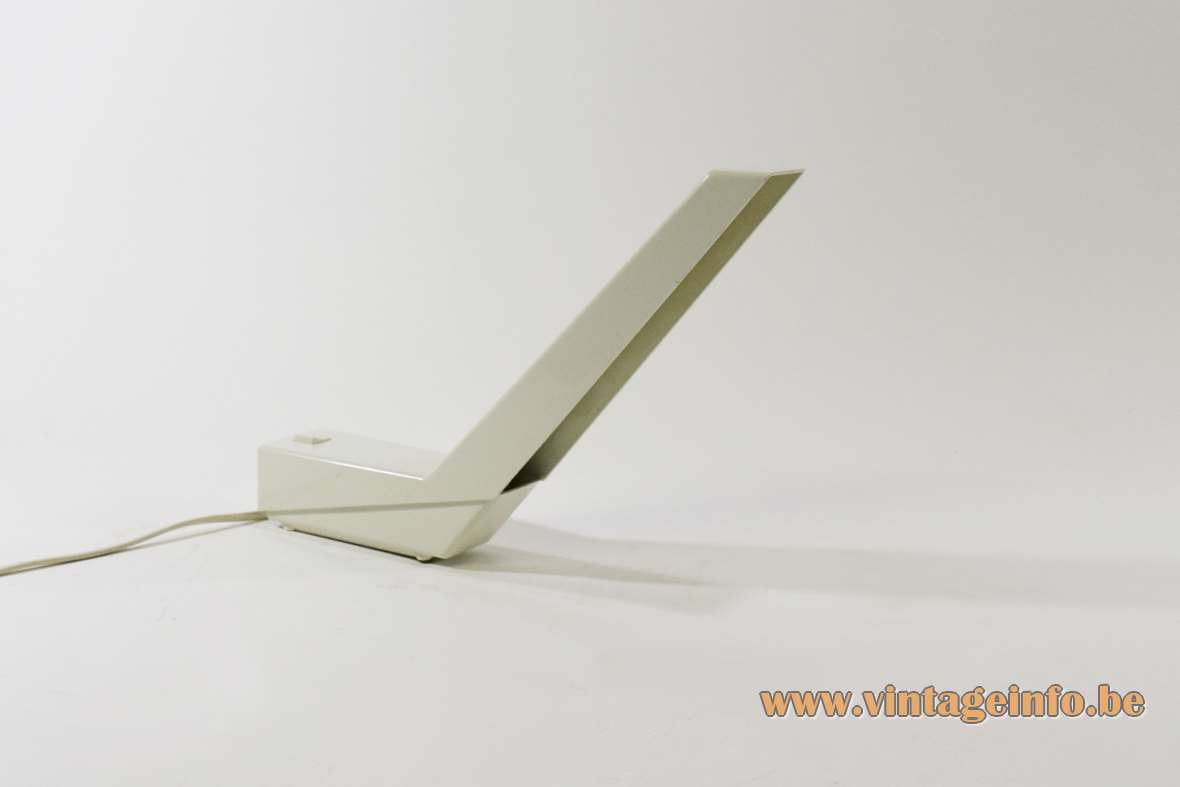 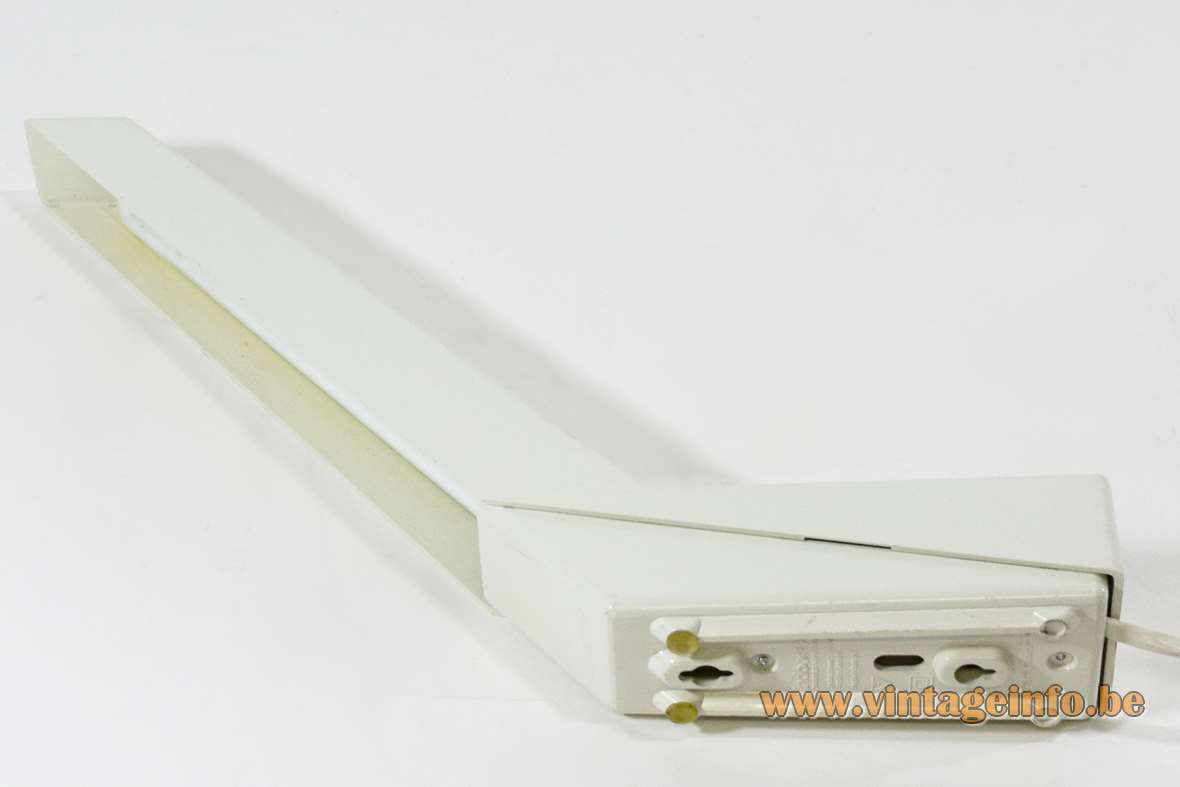 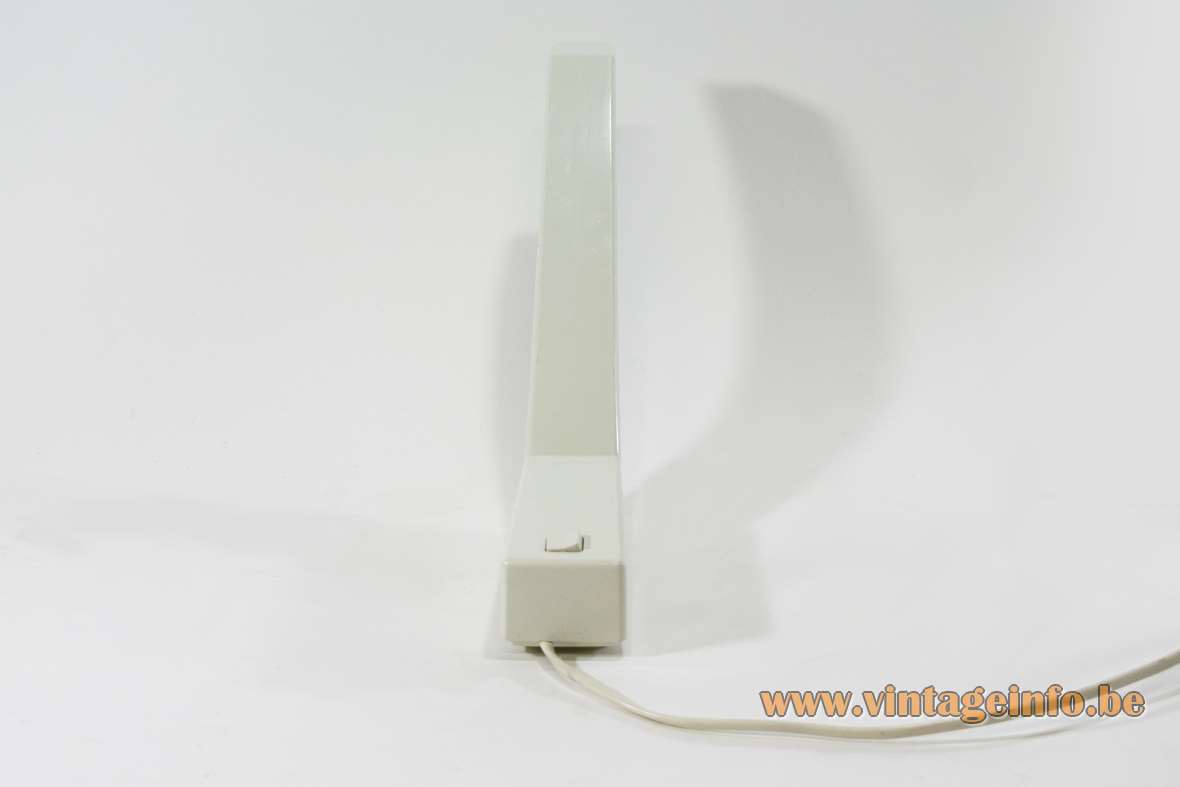 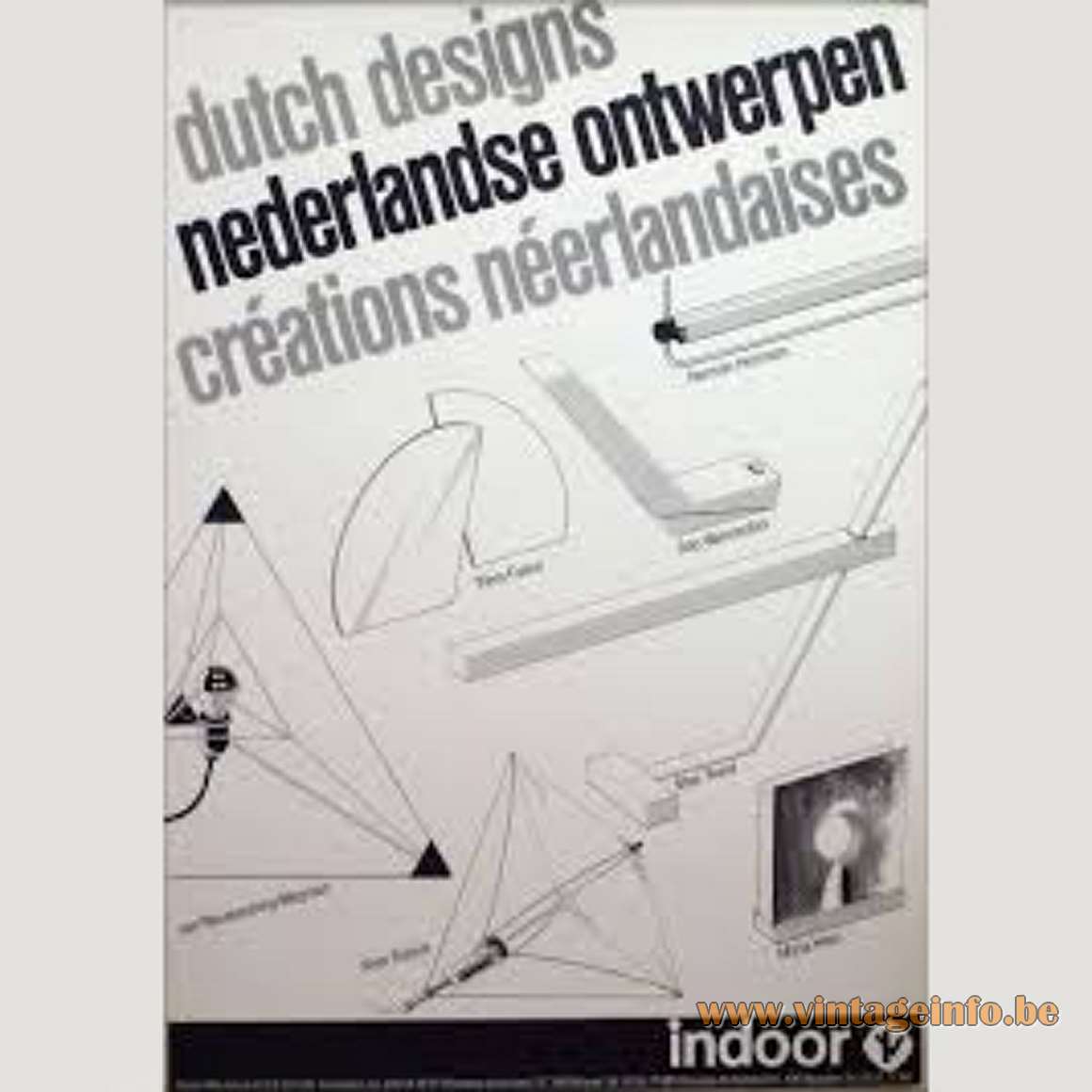 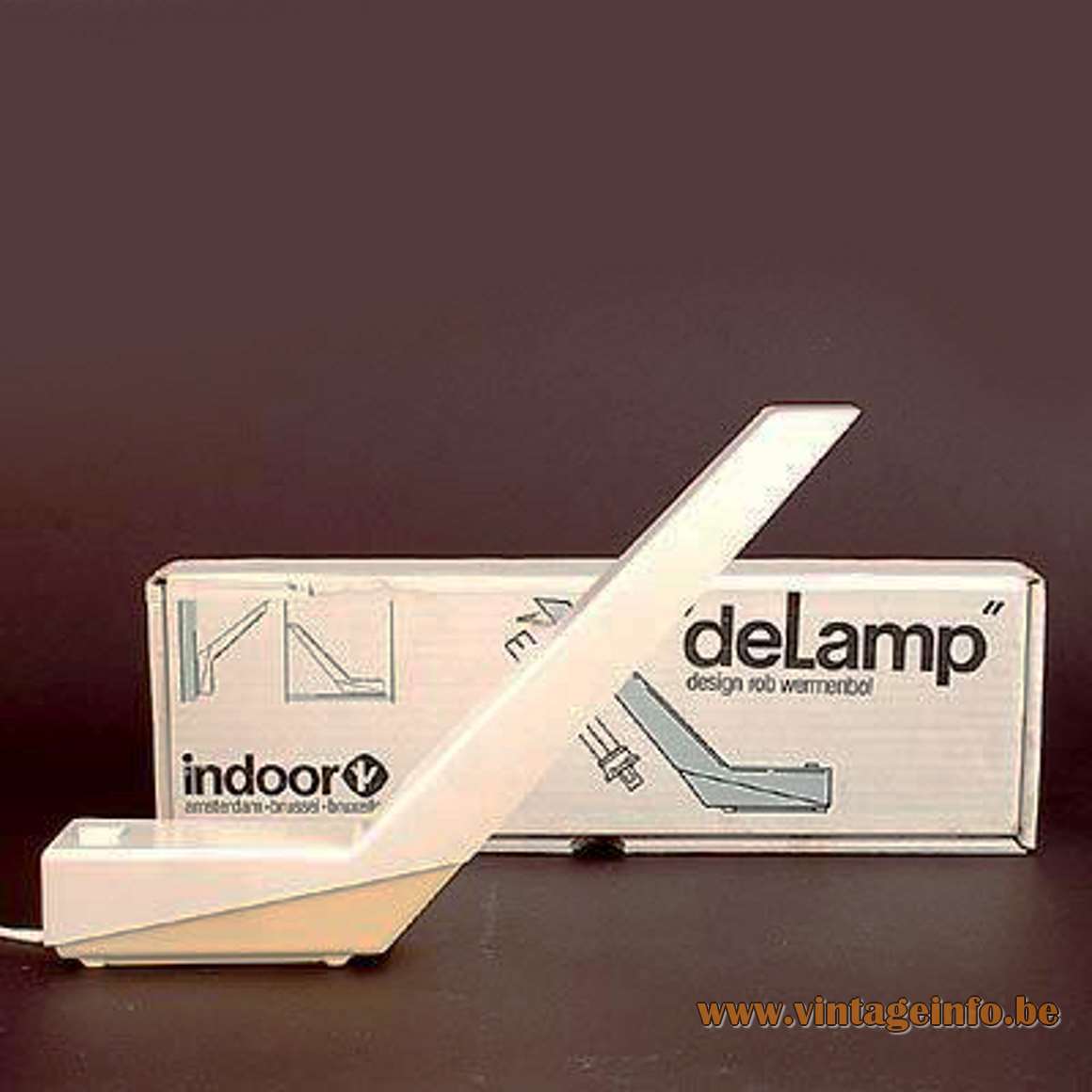 Other versions: This Indoor deLamp desk lamp exists with a slats diffuser and was also made in black. This desk lamp has various recesses to use as a wall lamp.

This desk/table lamp is Rob Wermenbol‘s most famous lamp. Wermenbol studied at the international university of applied sciences for Fine Arts and Design, the Gerrit Rietveld Academy from 1974 until 1979. He worked for Indoor from 1979 until 1989. He was responsible for design, engineering, production/organisation of a collection of light fixtures in metal and plastic. Today he is active in the 3D printing business.

Indoor B.V. was at least active since the beginning of the 1960s. Mister Cohen was the president. They had their offices and expedition at the Sloterkade street and a shop at the famous Paulus Potterstraat 22-24 in Amsterdam in front of the Van Gogh museum.

Also an art gallery was located at the same address. It was named Galerie Inart and opened in 1969. The gallery was an initiative of Indoor. Carla Koch managed the gallery. In 1996 she opened her own gallery, specialised in ceramics under the name Galerie Carla Koch.

Famous Finnish designer Kaj Franck opened a permanent “workshop” in the Indoor shop about his well known Arabia glass and ceramics in 1983. Indoor was the importer of Arabia for the Benelux (Belgium, The Netherlands, Luxembourg).

Indoor B.V. also had a company in Belgium, it was named Indoor Pvba. It had a showroom in Brussels at the Steenweg op Charleroi 137.

Indoor imported modern lighting, glass and ceramics mainly from Scandinavia. The company sold also lamps from other companies such as the Italian Stilnovo, Arteluce and Stilux and the German Staff.

In 1999, Indoor B.V. merged with Raak and Artilite B.V. and became CLA: Centrum voor Lichtarchitectuur B.V. in Drachten, The Netherlands. (Centre for Light Architecture). The centre was founded by Egbert Keen. The company was declared bankrupt on 19-05-2011. 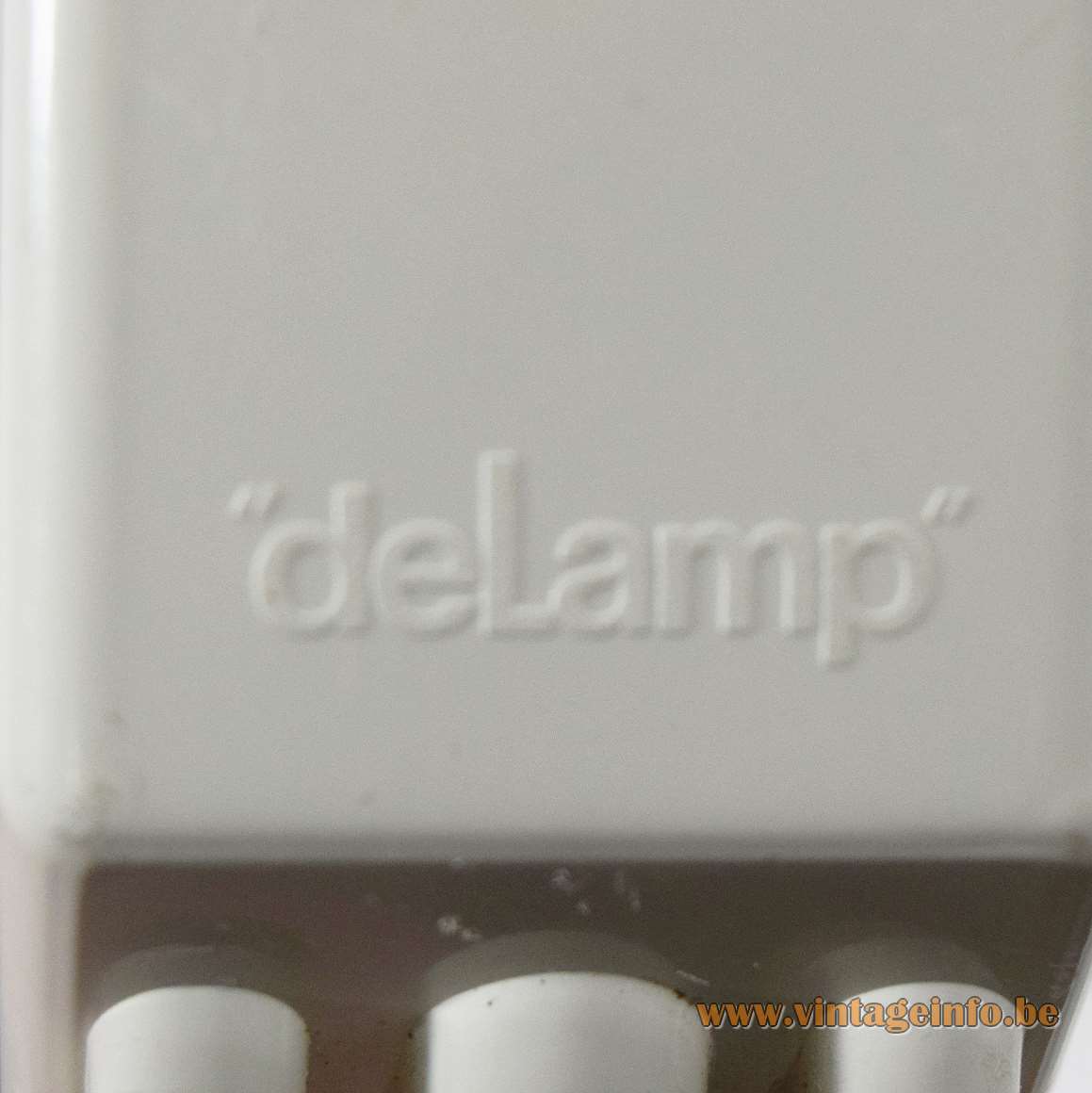 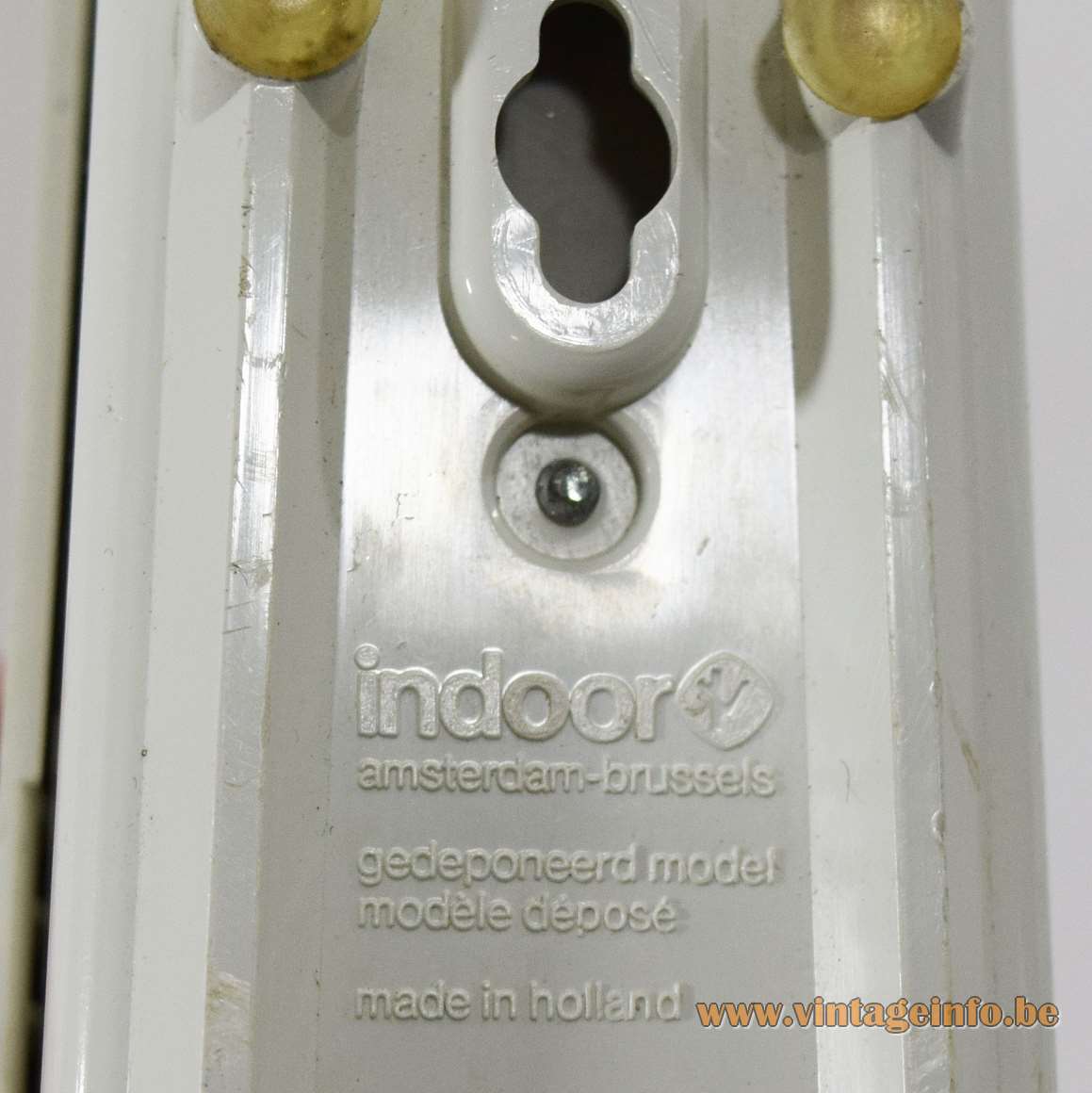 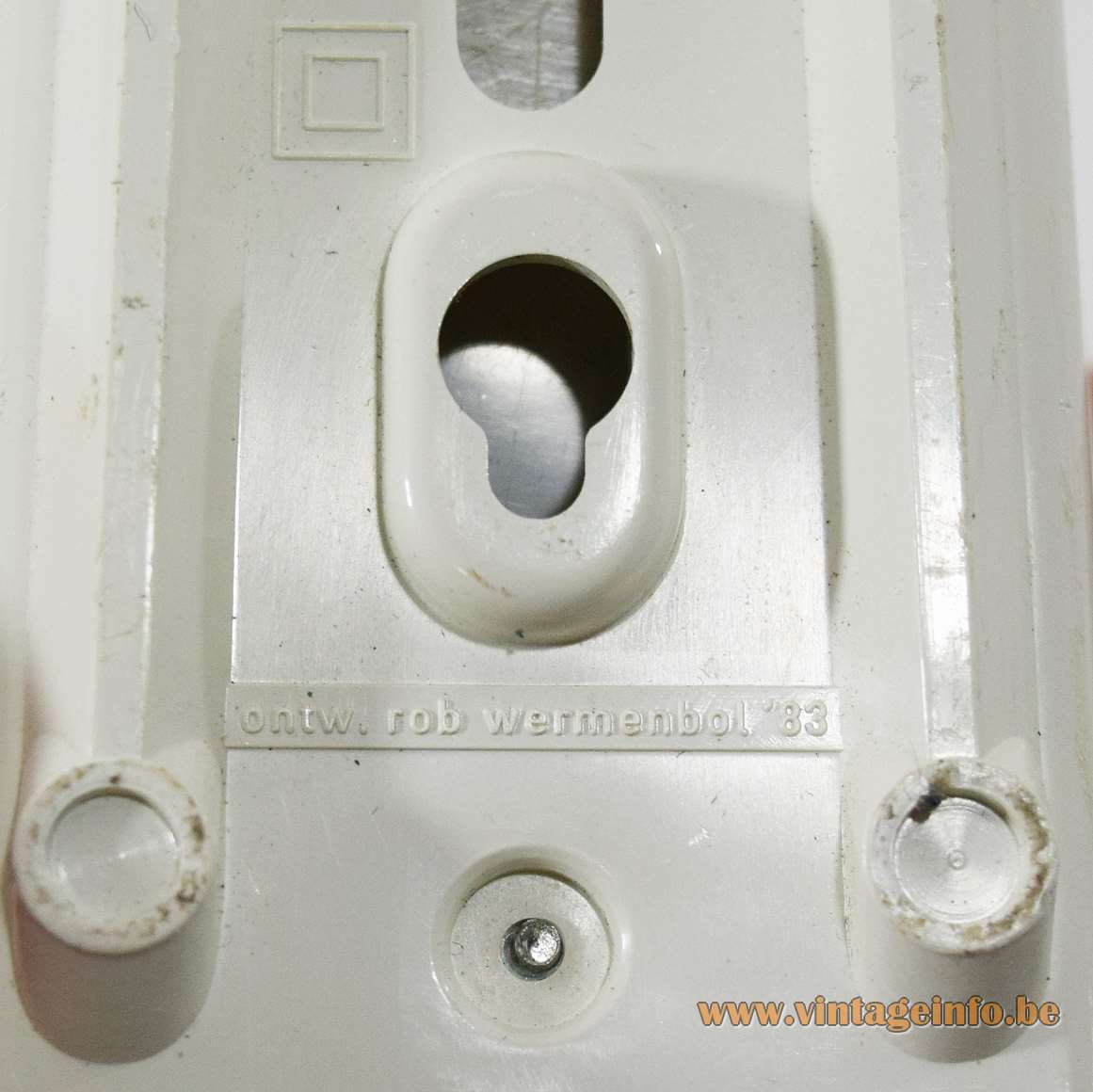 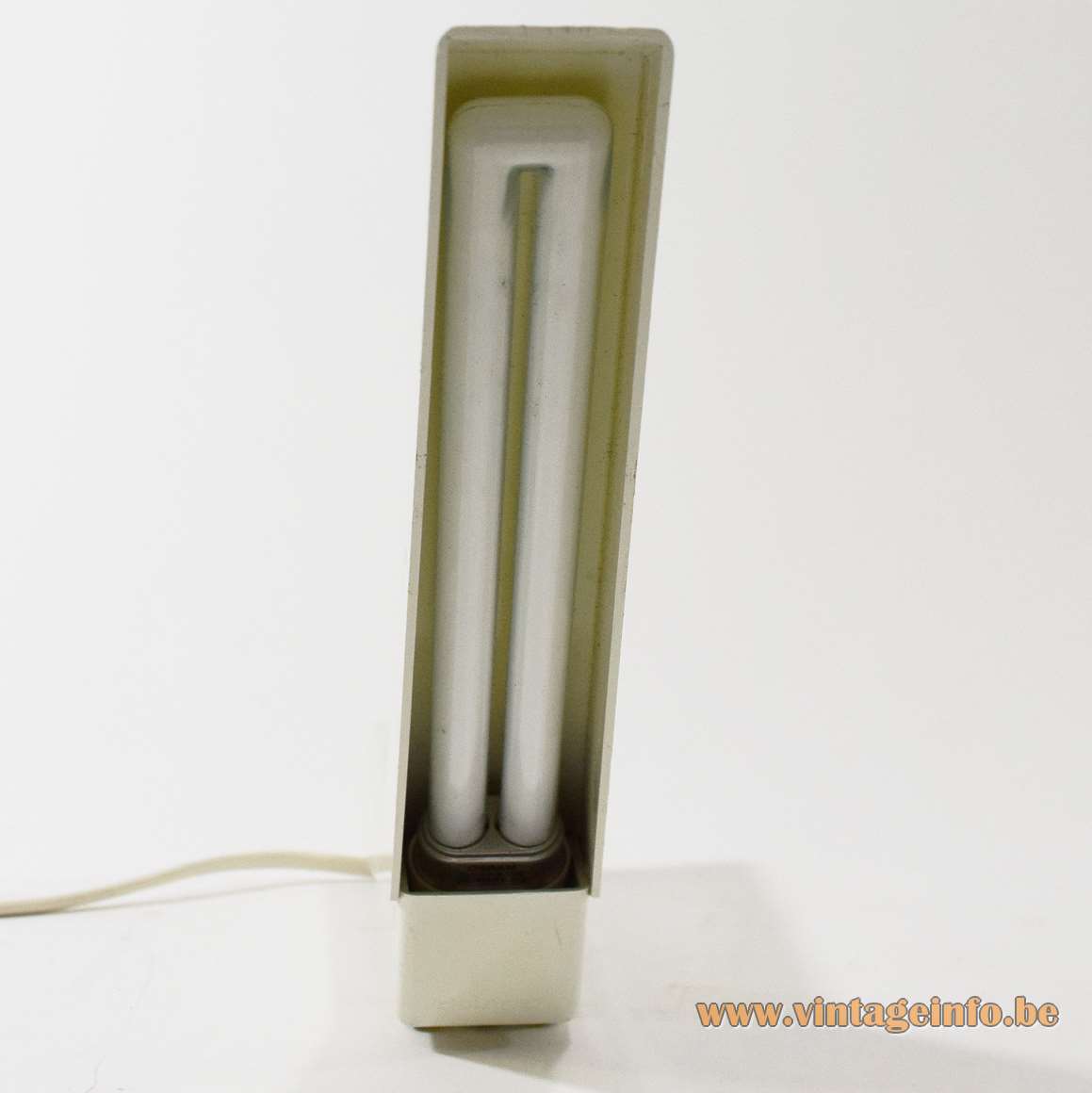