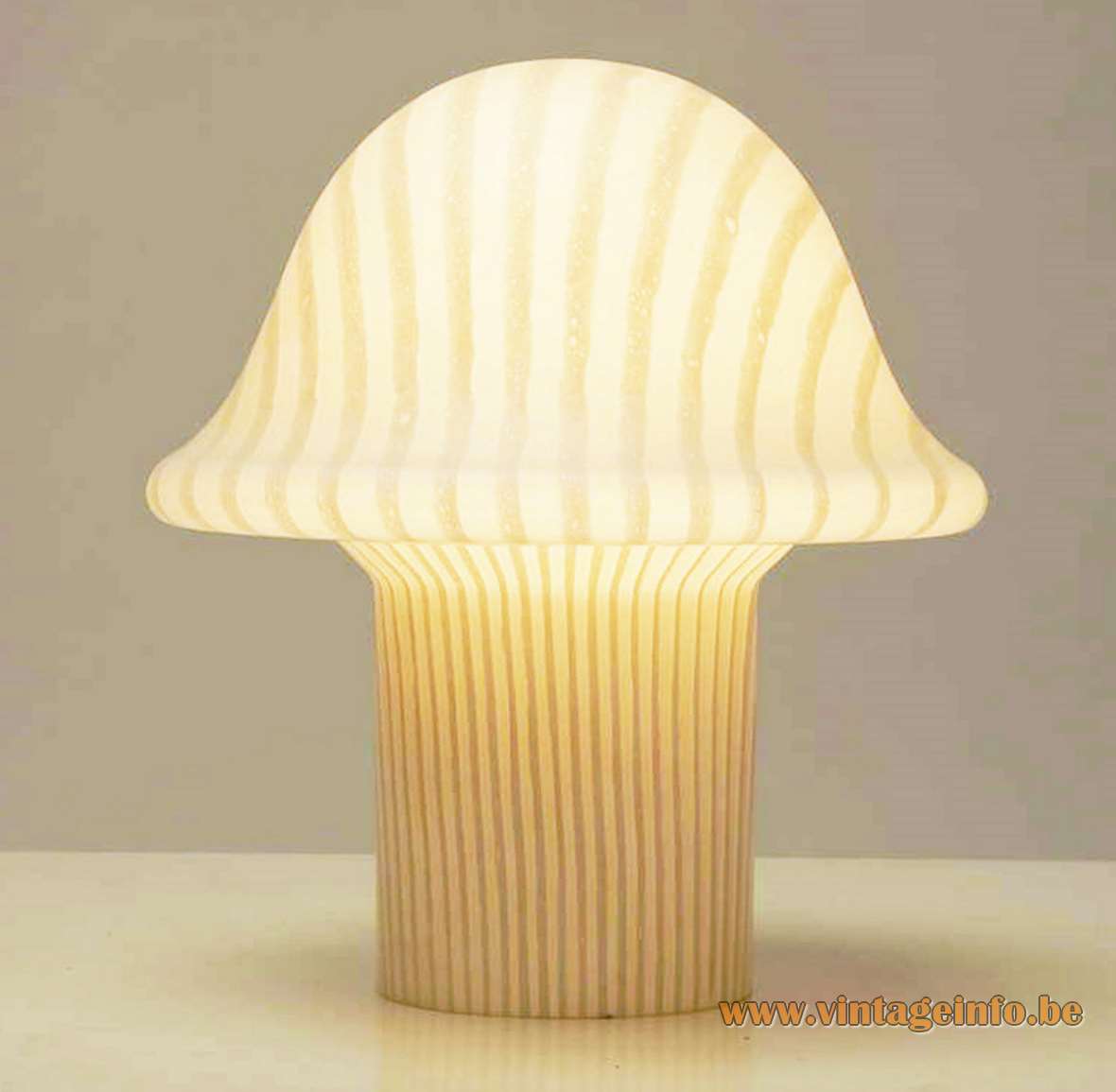 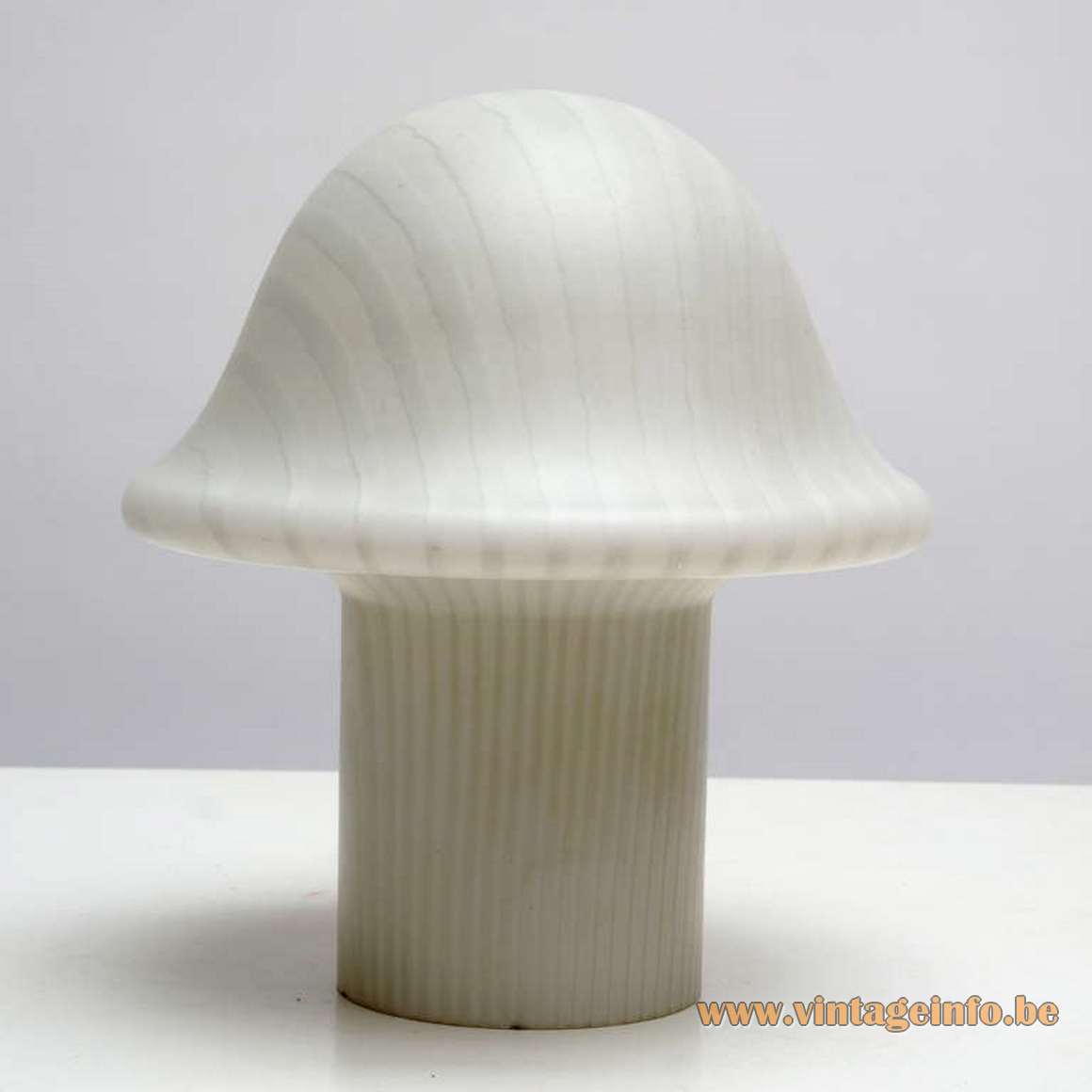 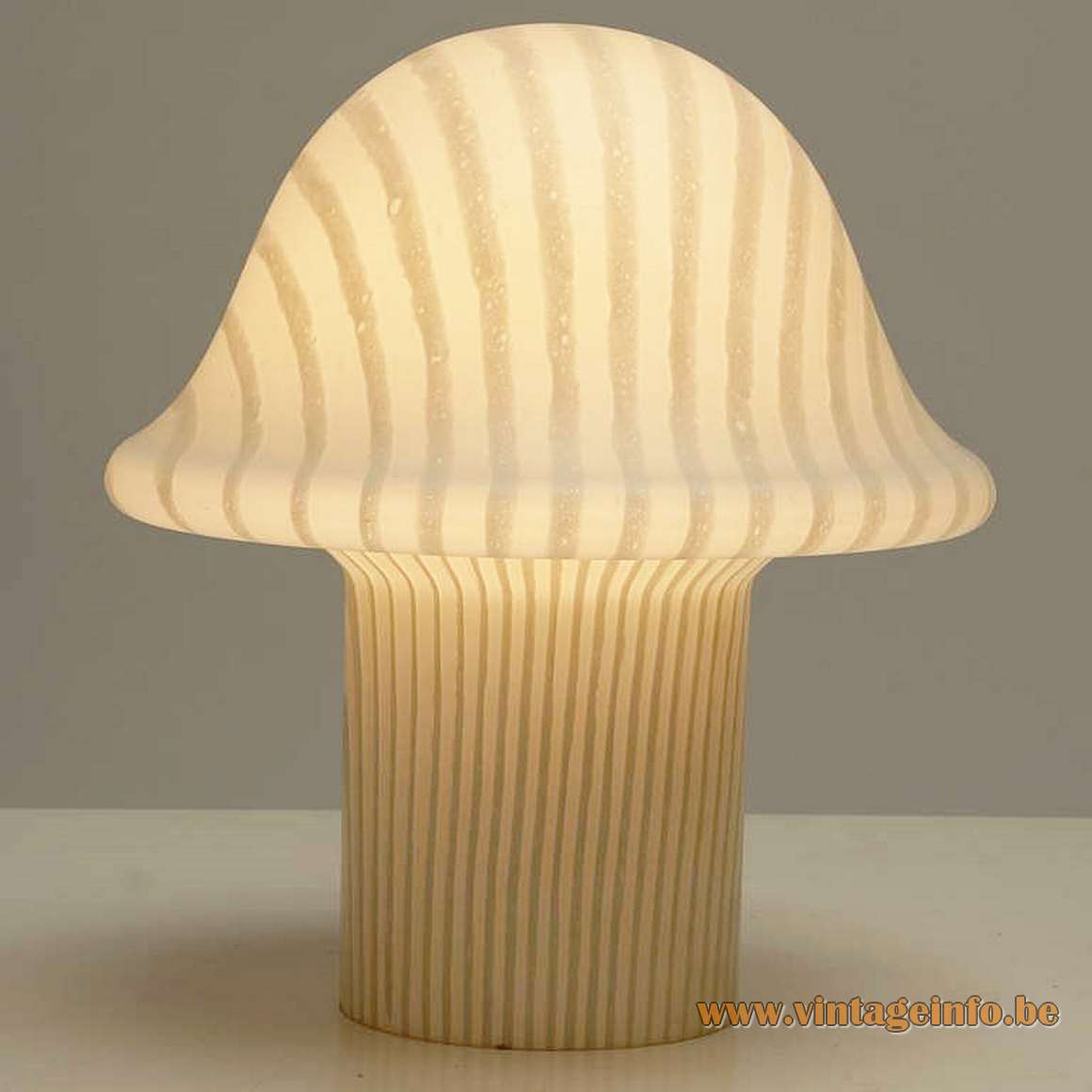 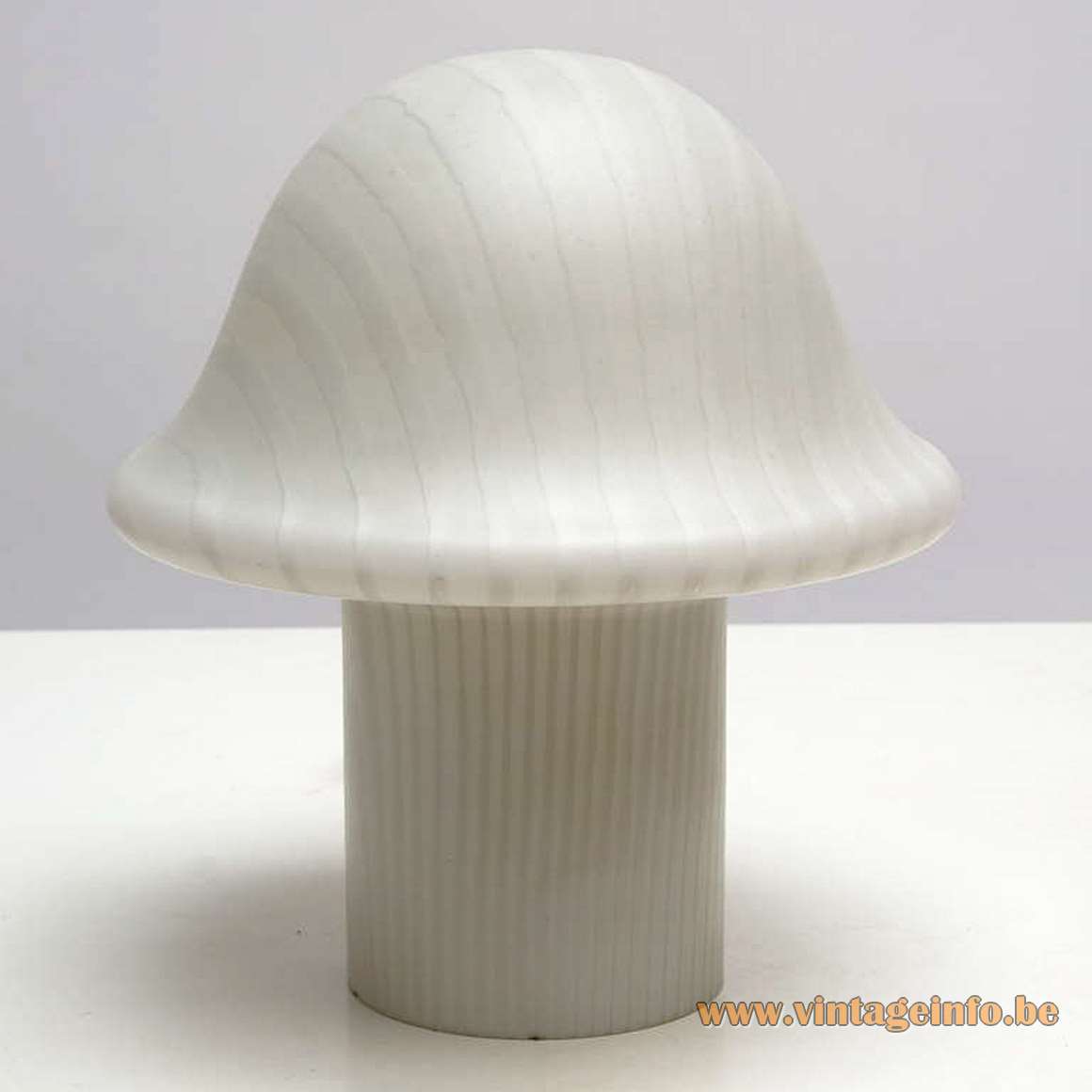 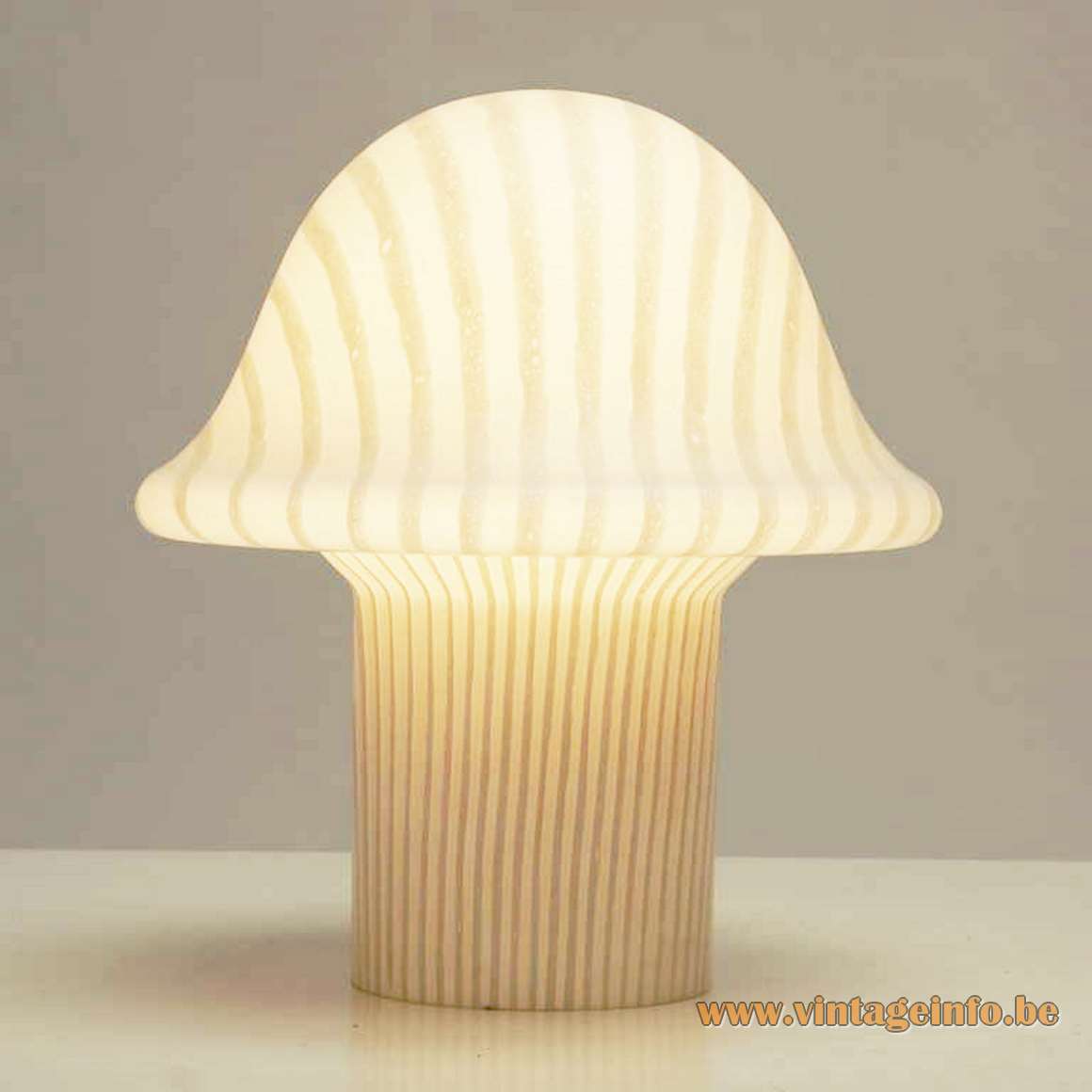 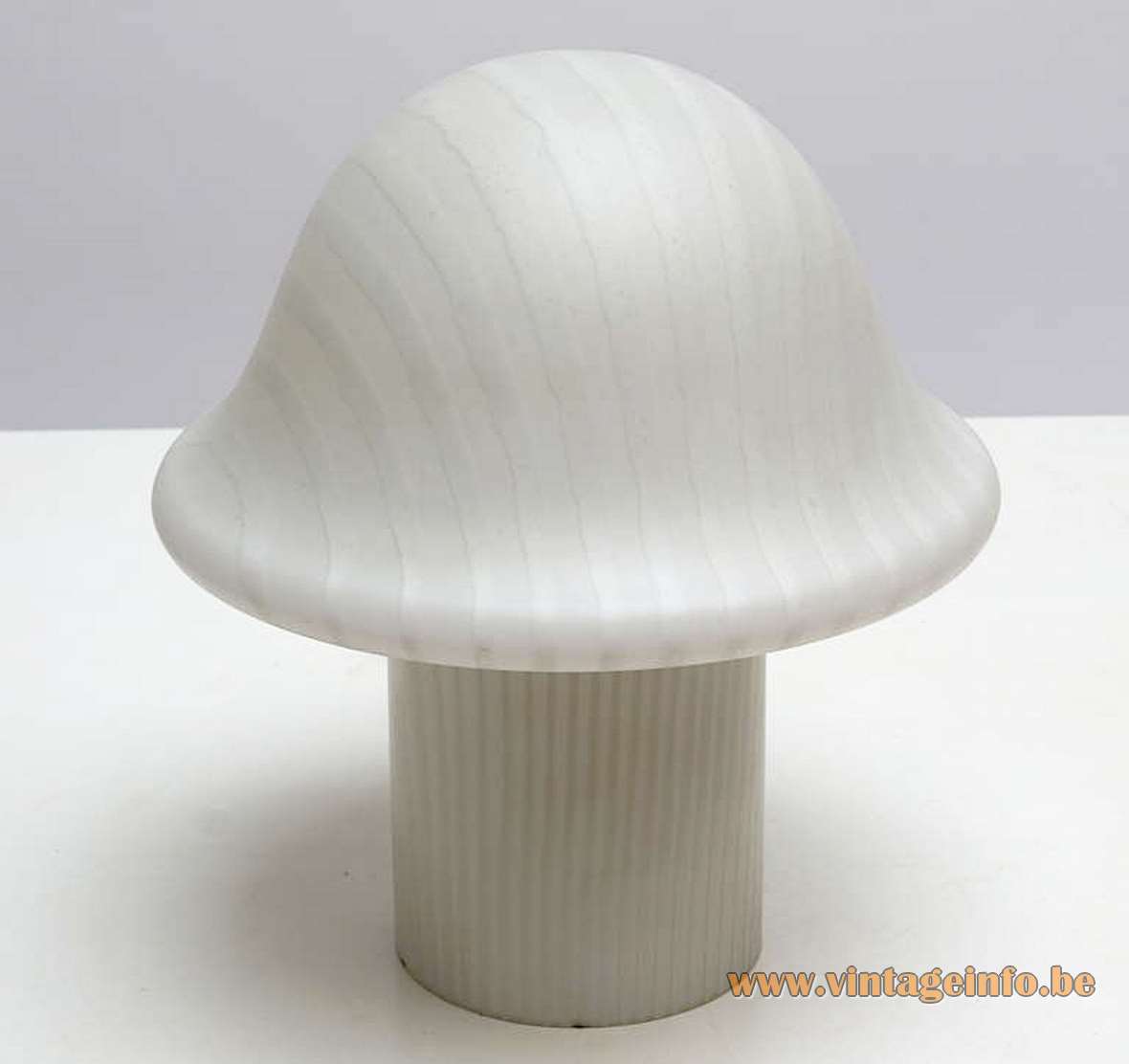 Other versions: This Peill + Putzler striped mushroom table lamp was made in several sizes, colours and designs. This opal striped design was used for many lamps produced by the company.