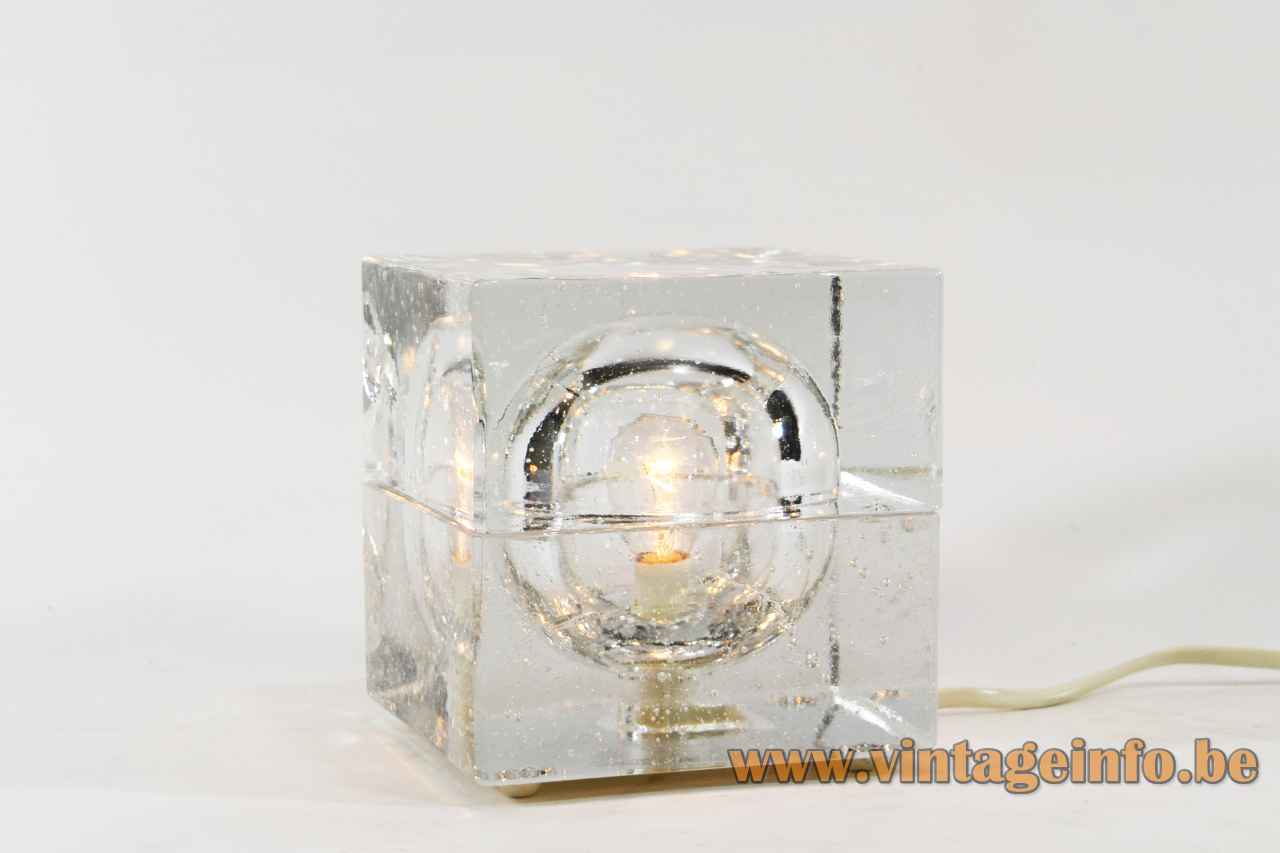 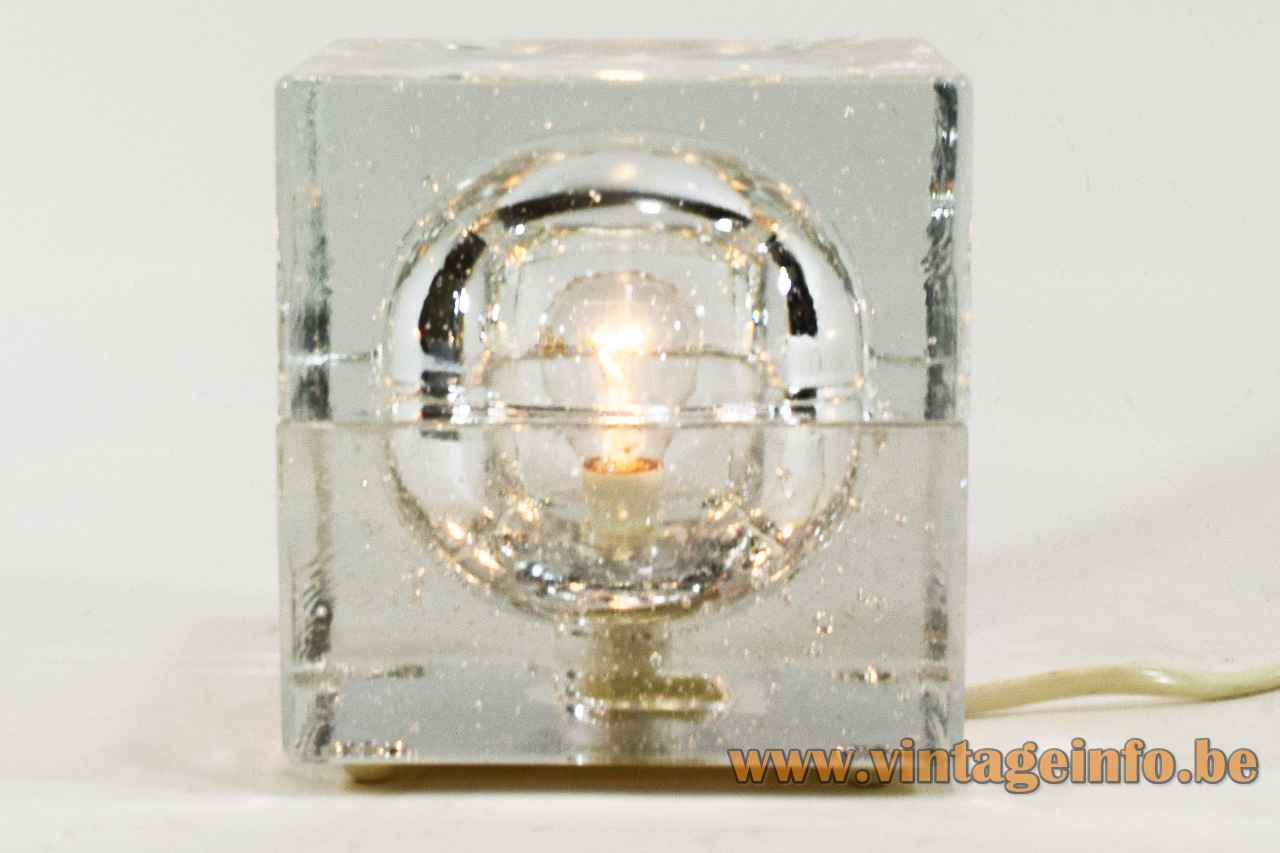 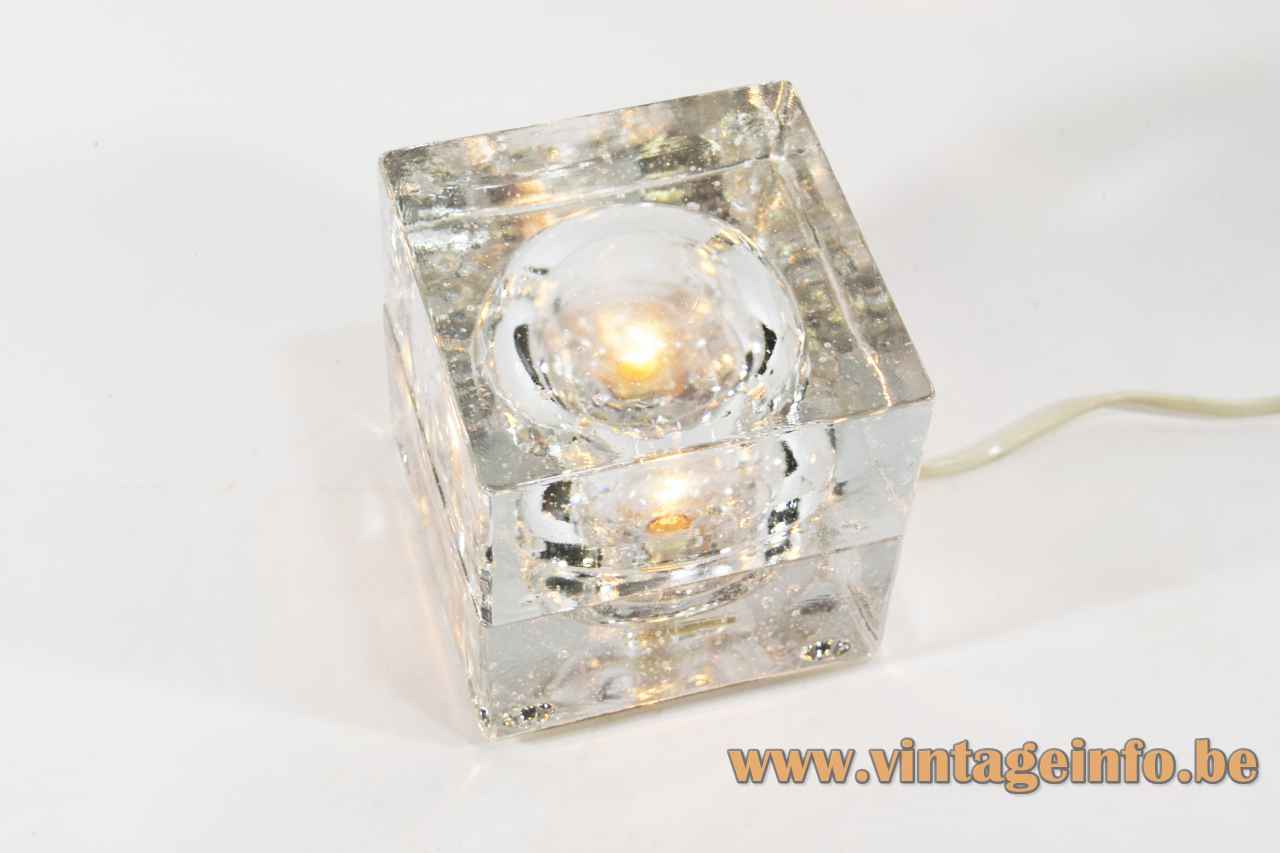 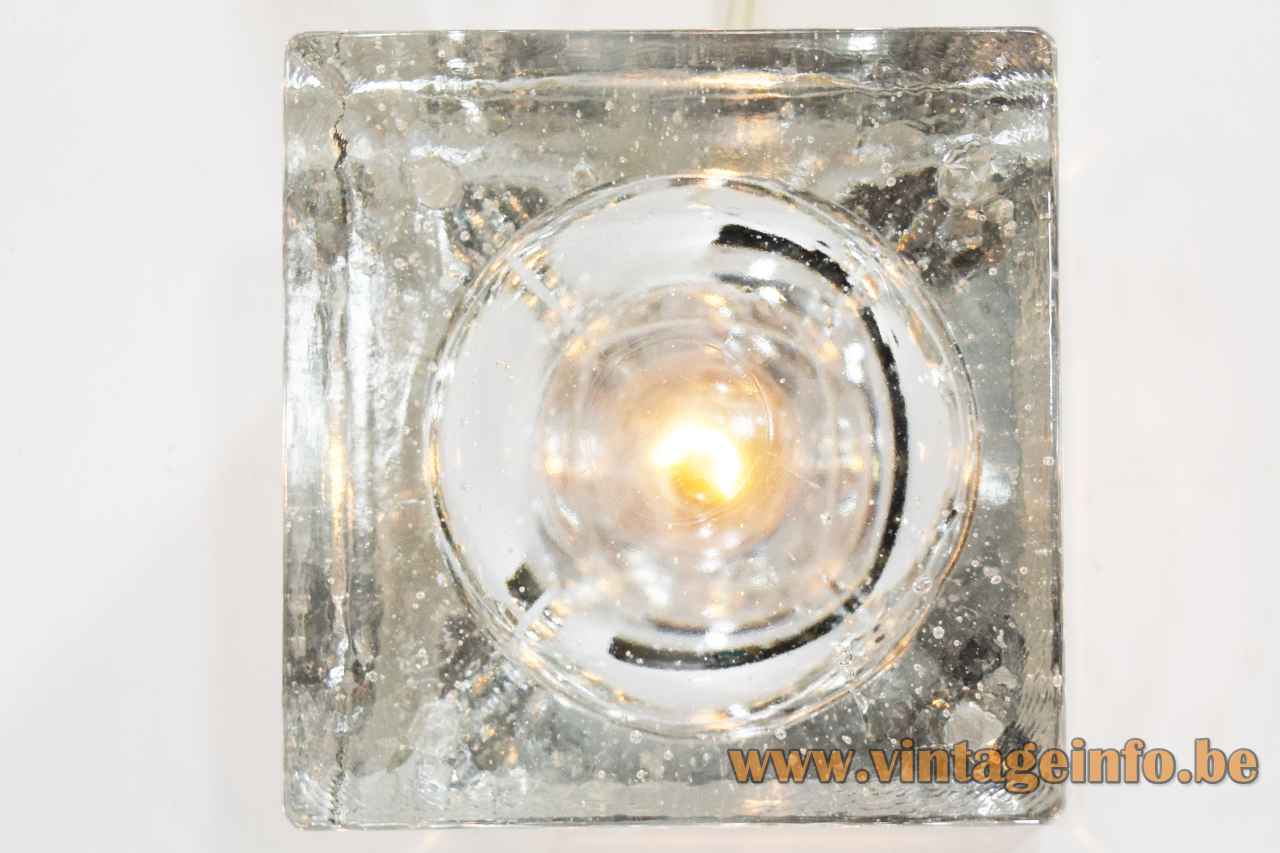 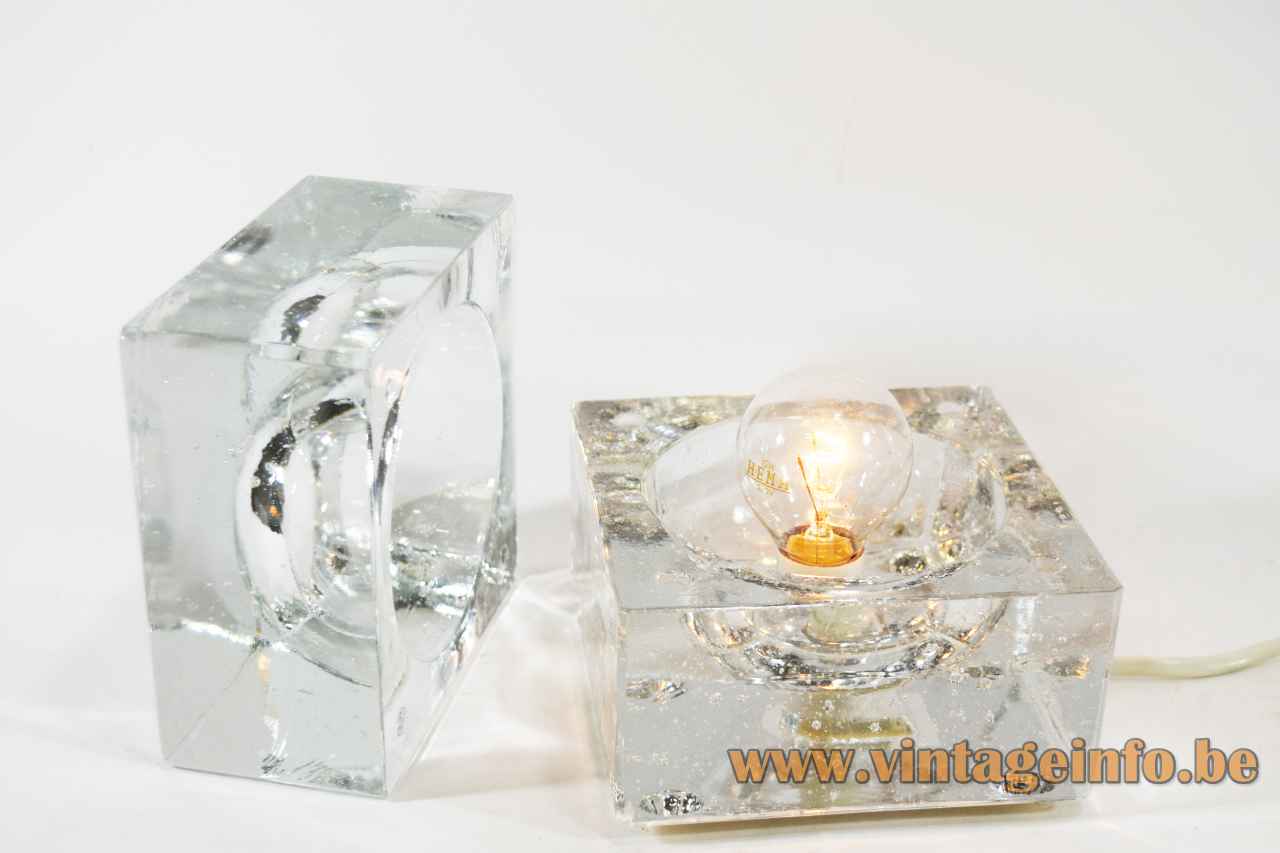 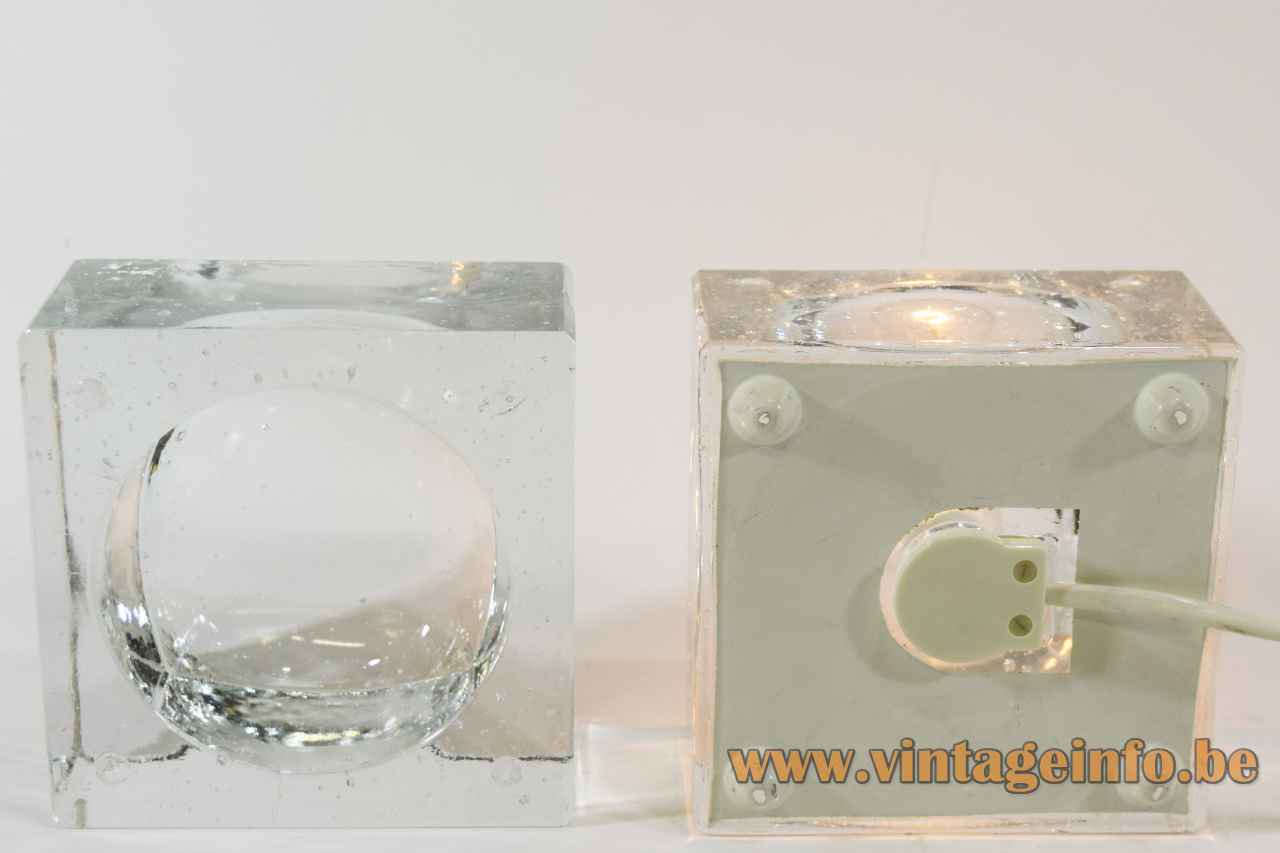 Other versions: For the moment it is unclear if this Peill + Putzler cube table lamp exists in several versions or colours. It is the first one I have seen in 20 years. Peill + Putzler made several other lamps in this style.

These cube table lamps were also sold by the German company WILA.

This cube lamp is reminiscent of the cube lamp designed by Alessandro Mendini. His lamp is a bit bigger (16 cm / 6.29”), it has two light bulbs and it can be closed with a chrome decorative screw.

The most well known glass cubes glass maker is Poliarti from Italy. The cube lamps are a design of Albano Poli.