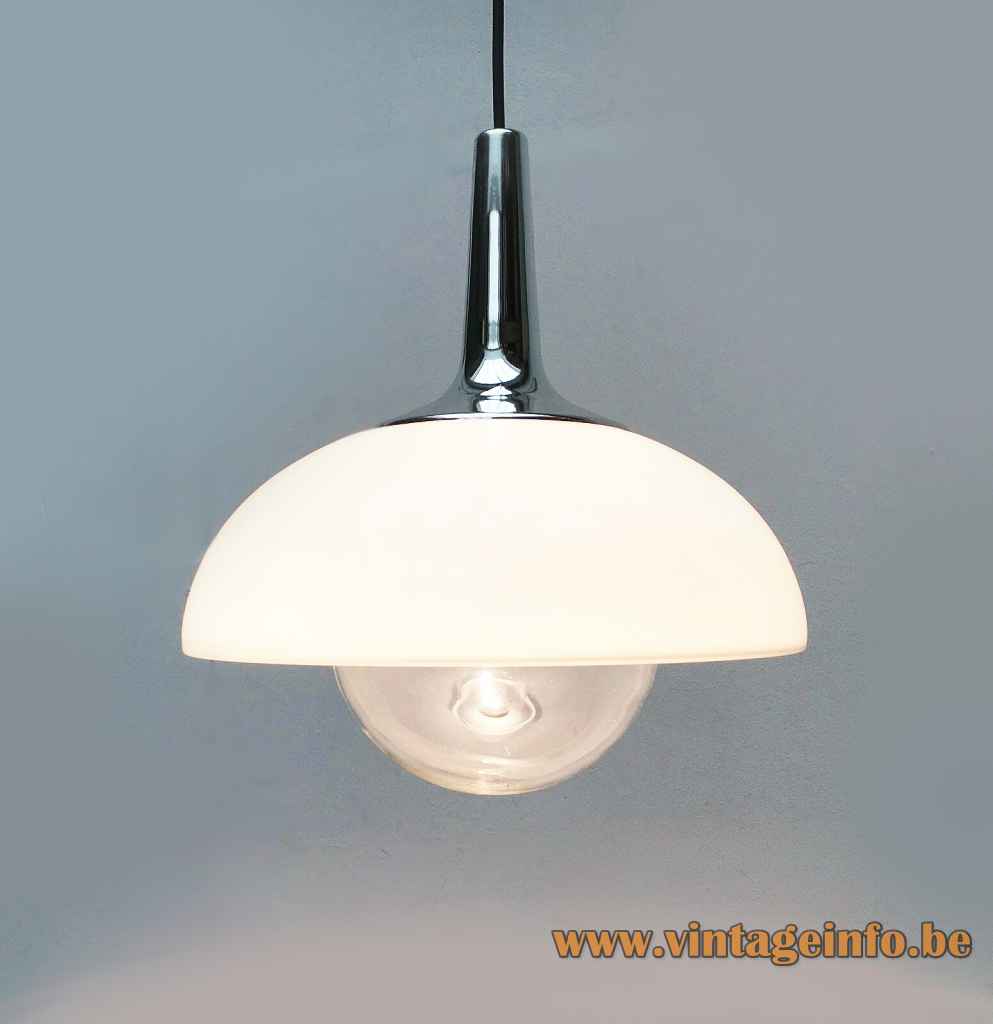 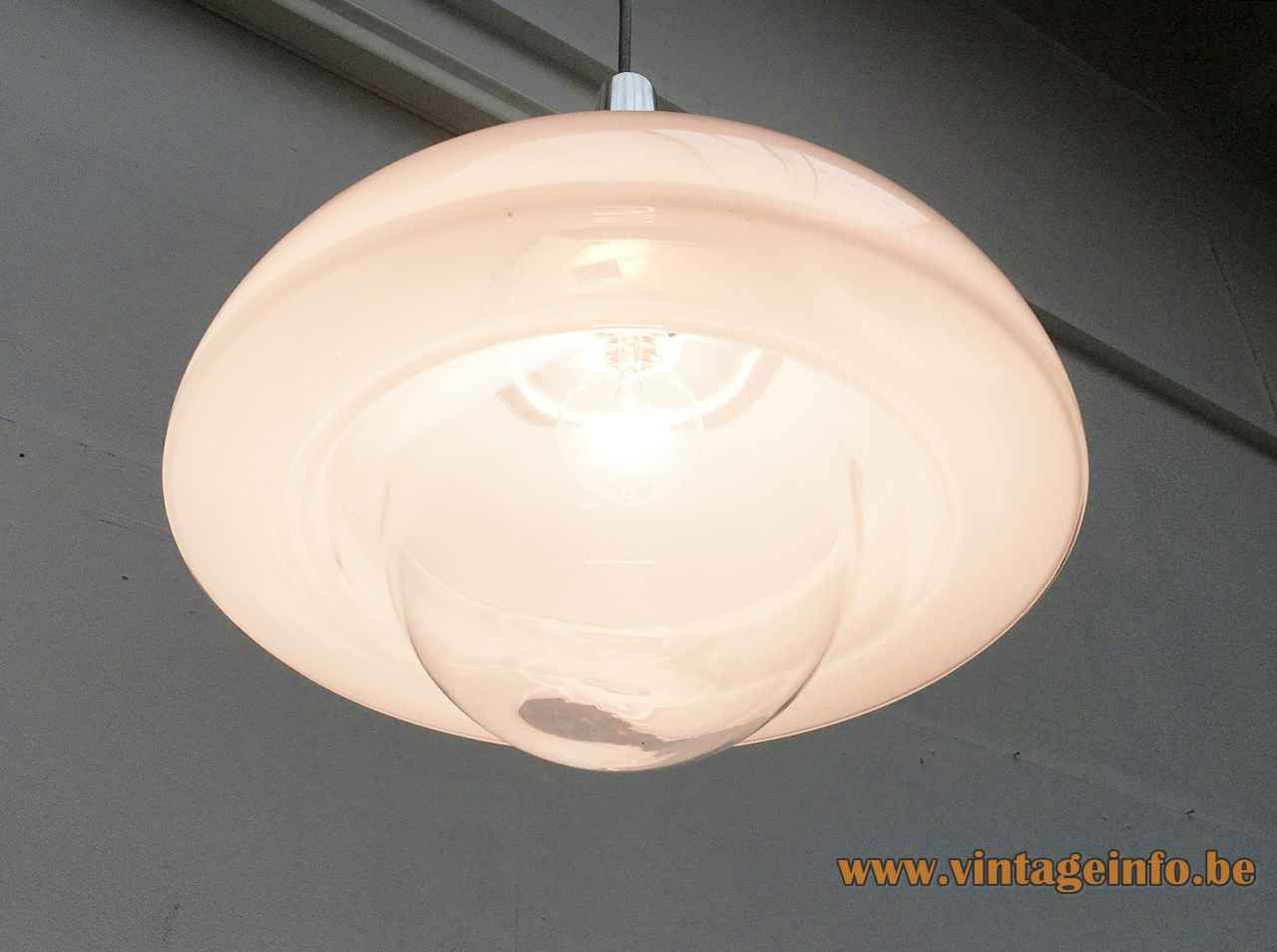 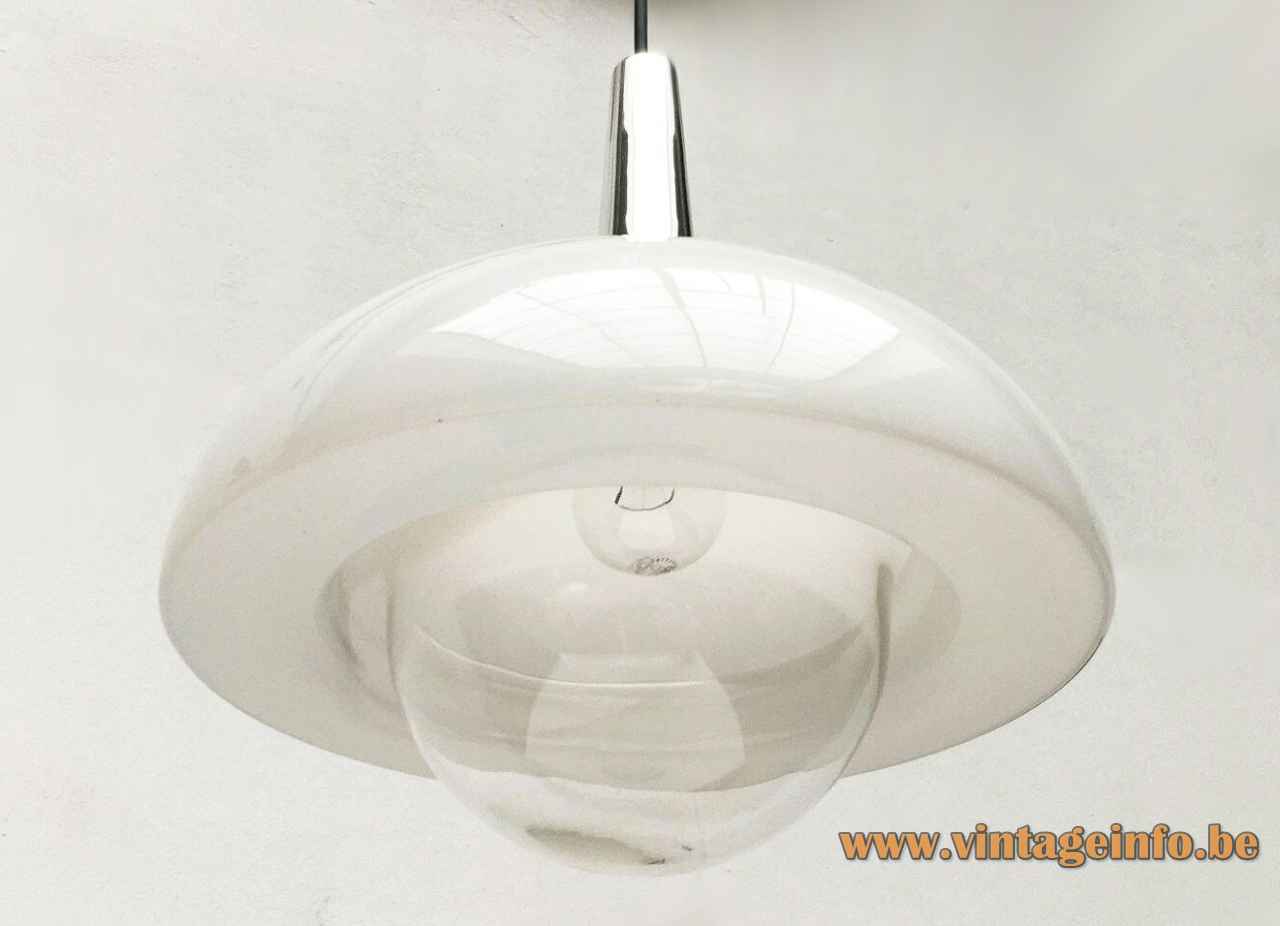 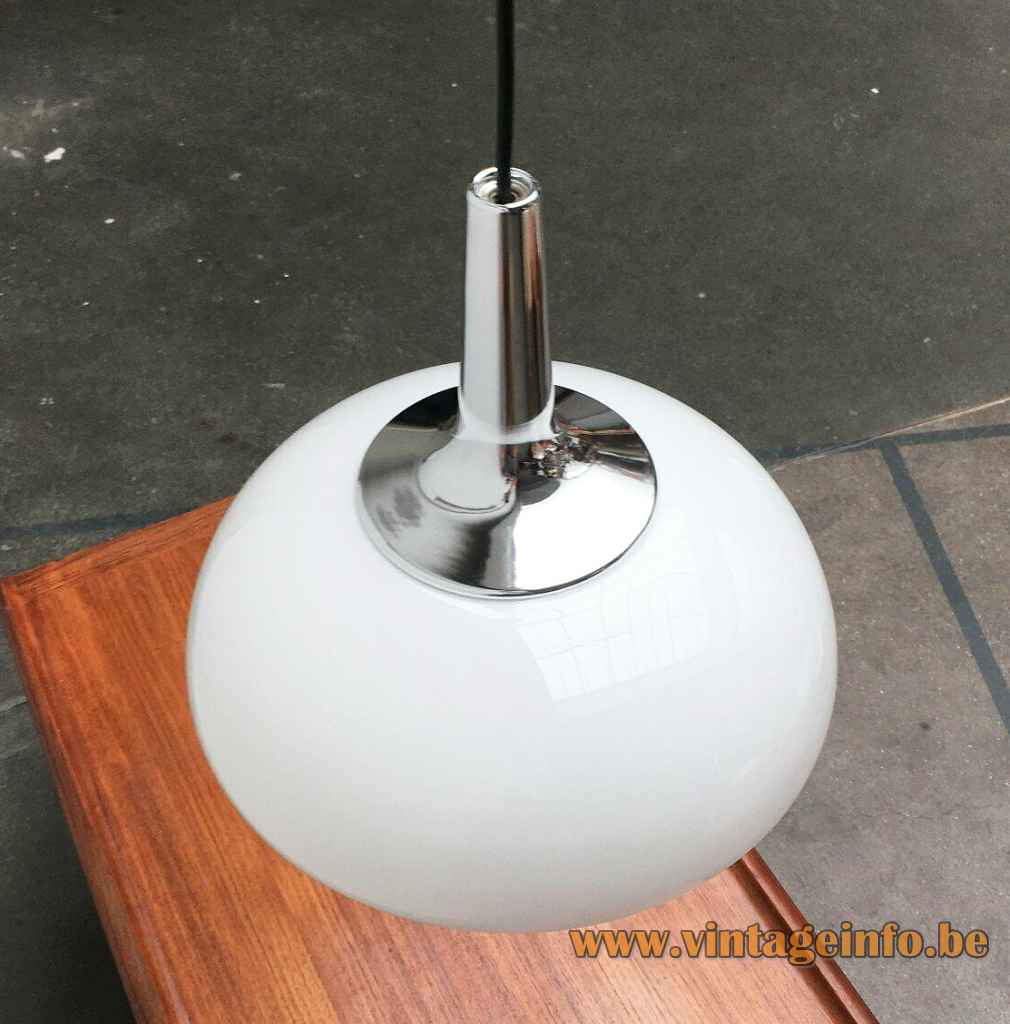 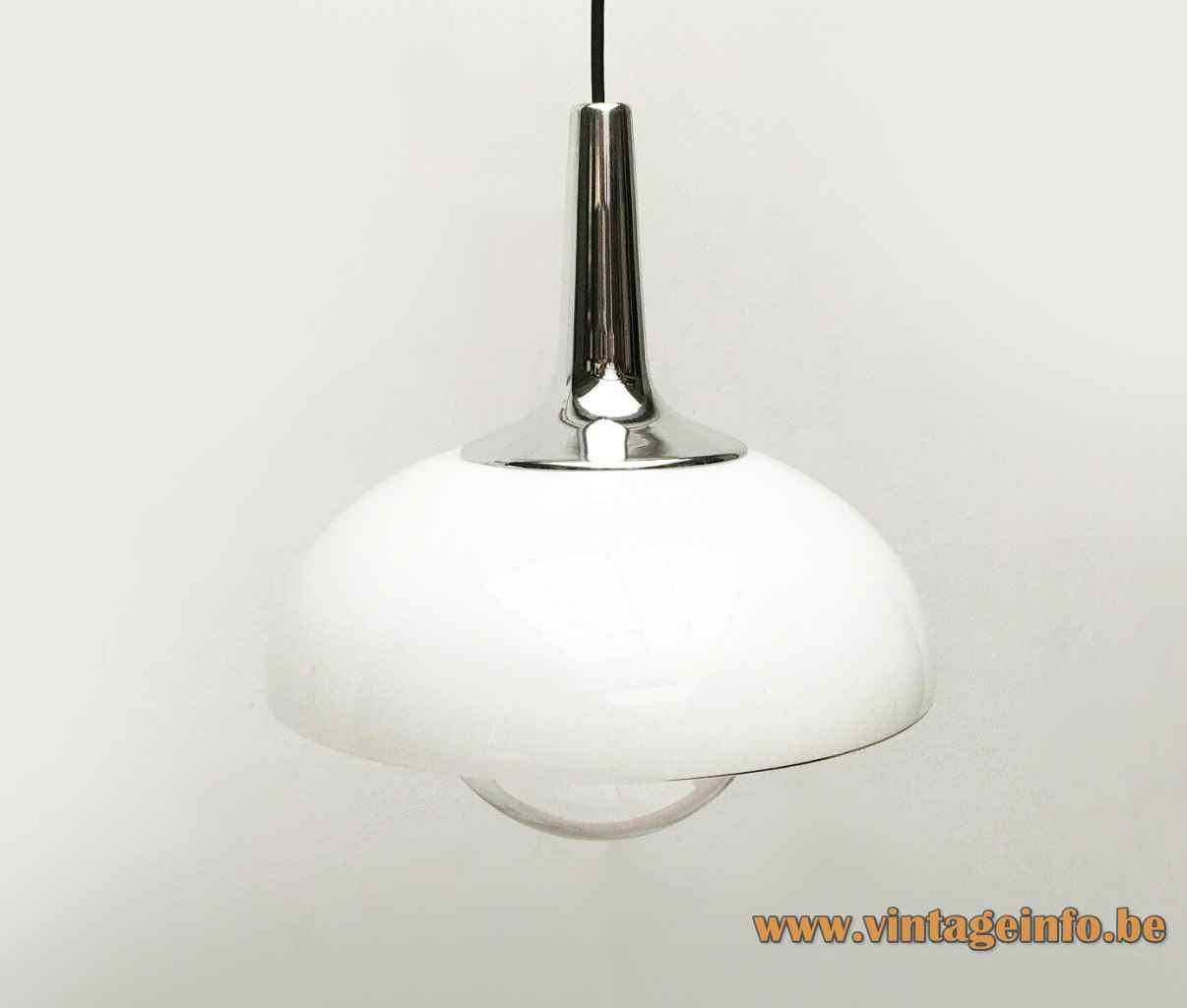 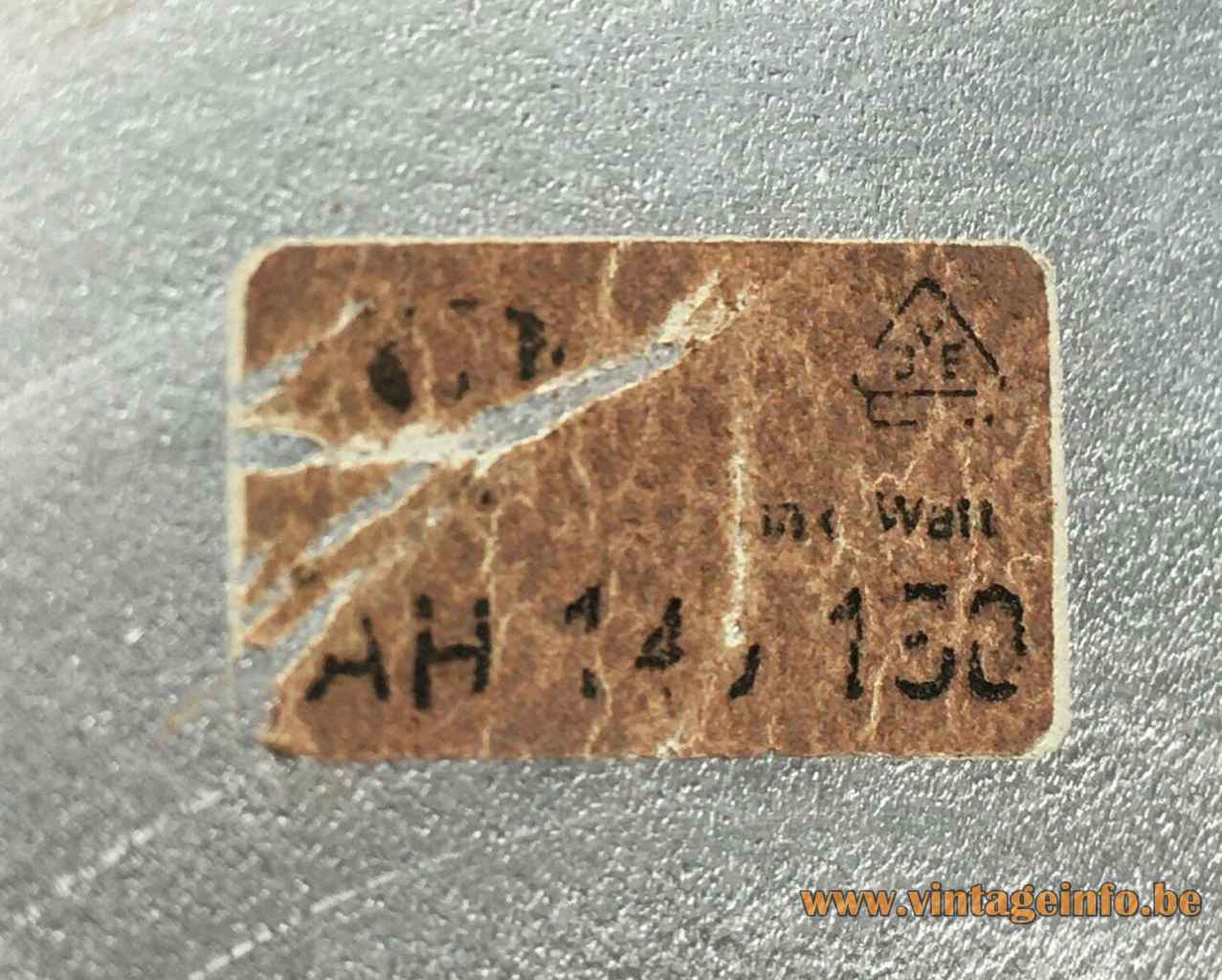 Other versions: This Peill + Putzler AH 140 pendant lamp exists in many variations. The ones with the ribbed bottom are often named Lemon Press. The label is hard to read, but it is probably AH 140.