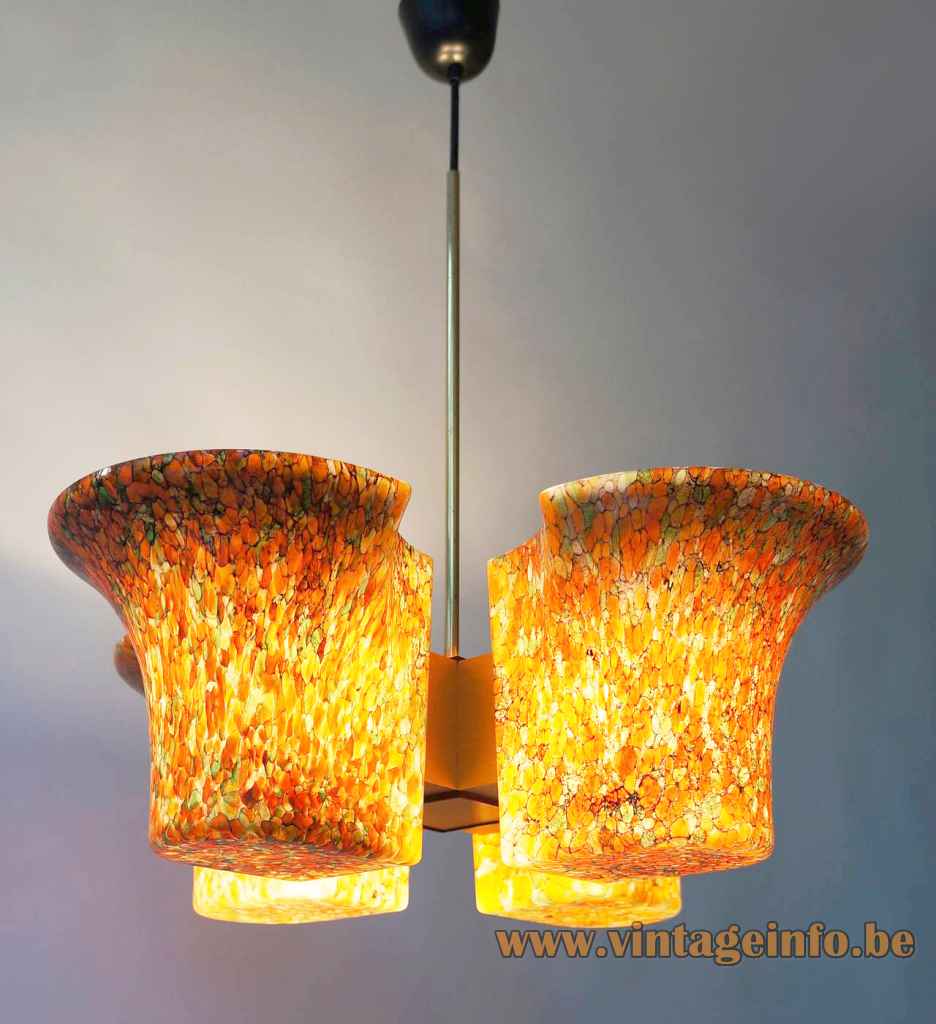 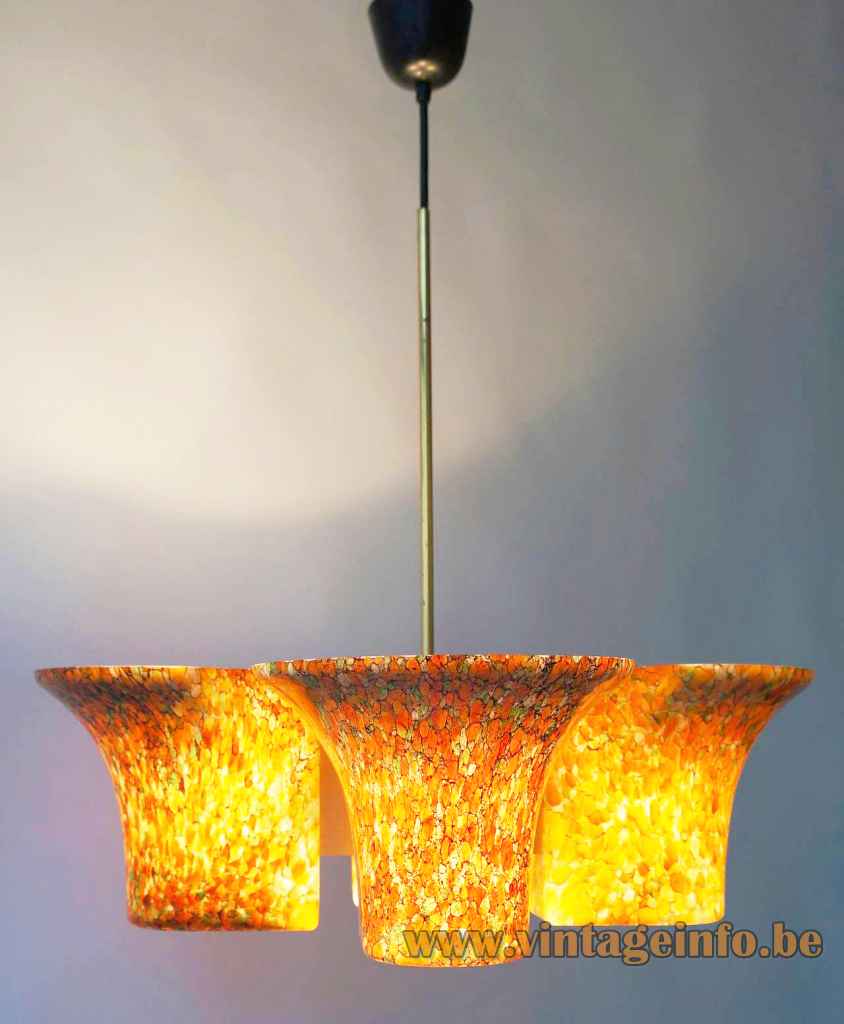 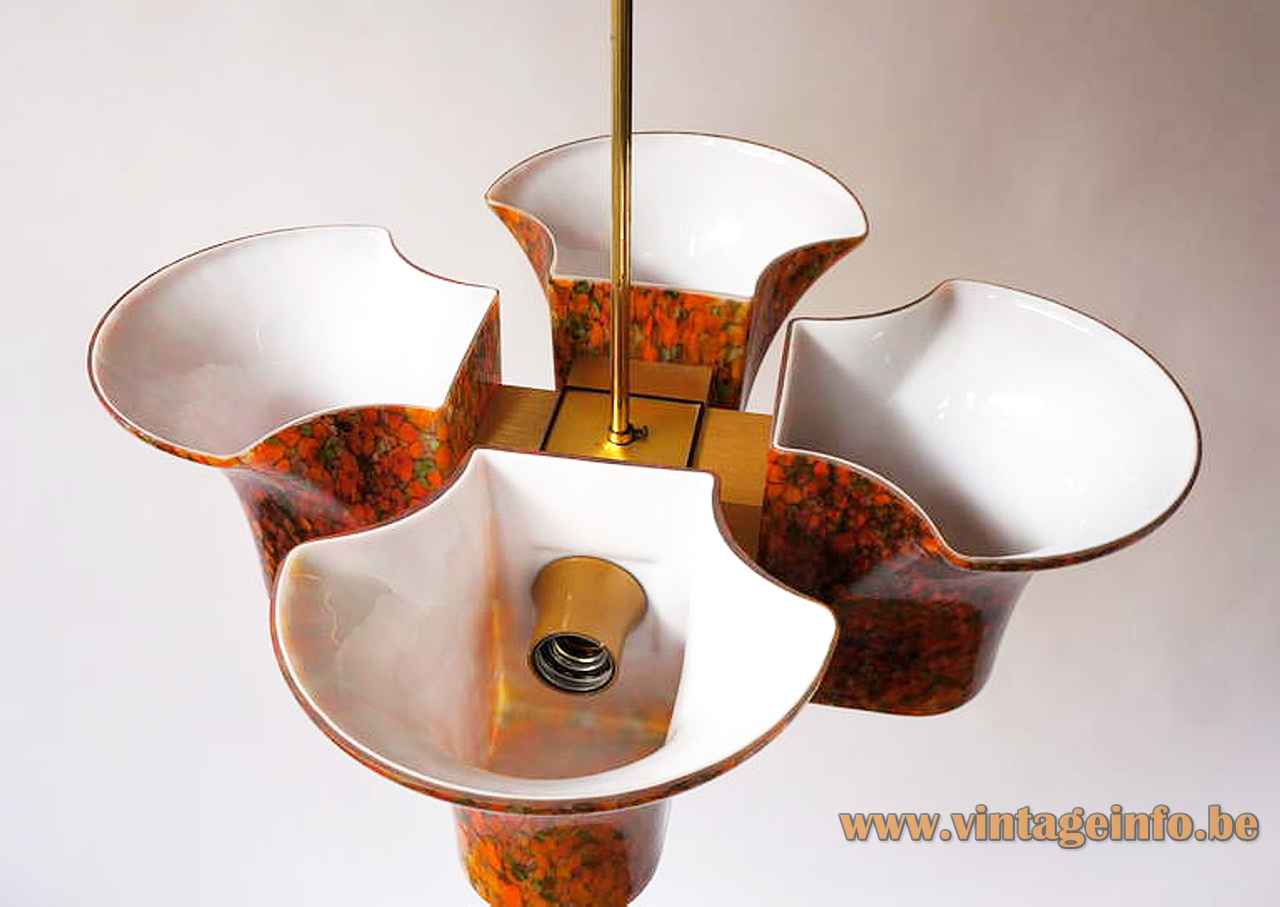 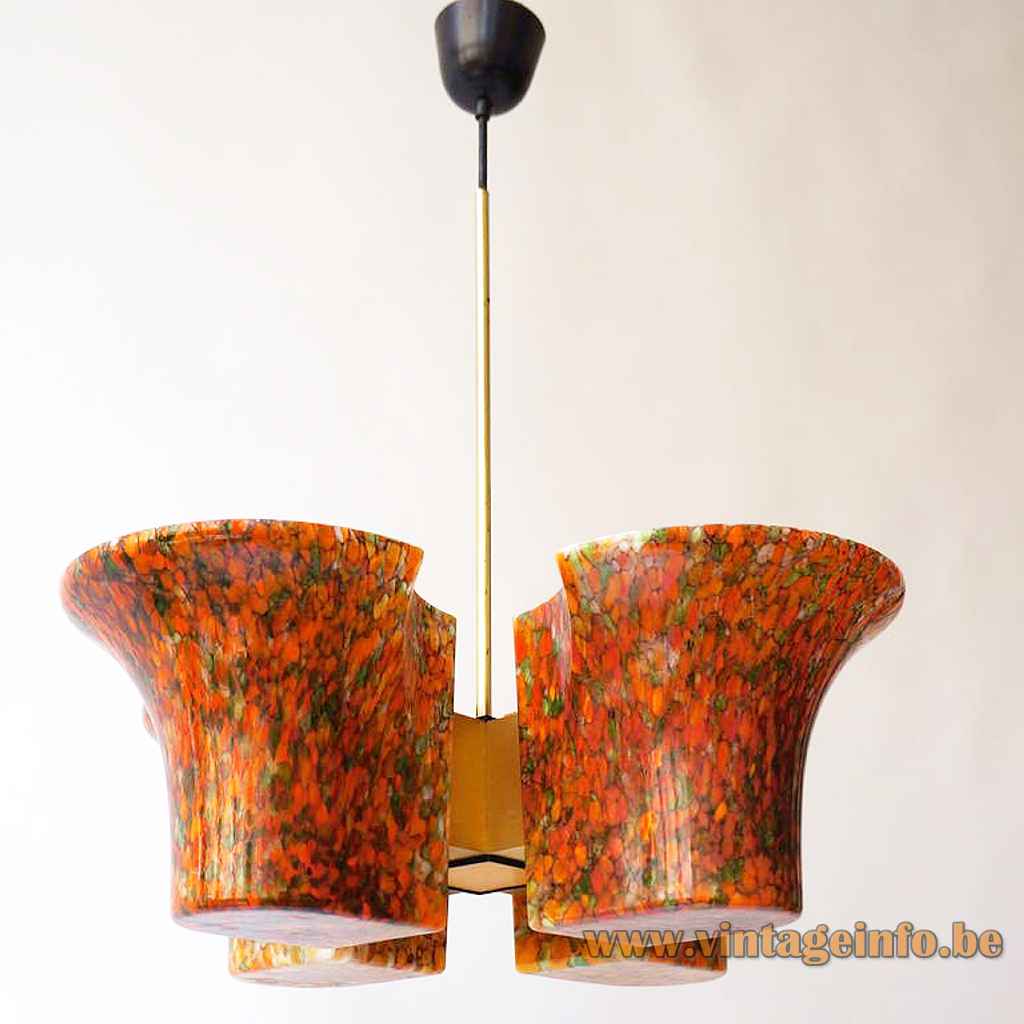 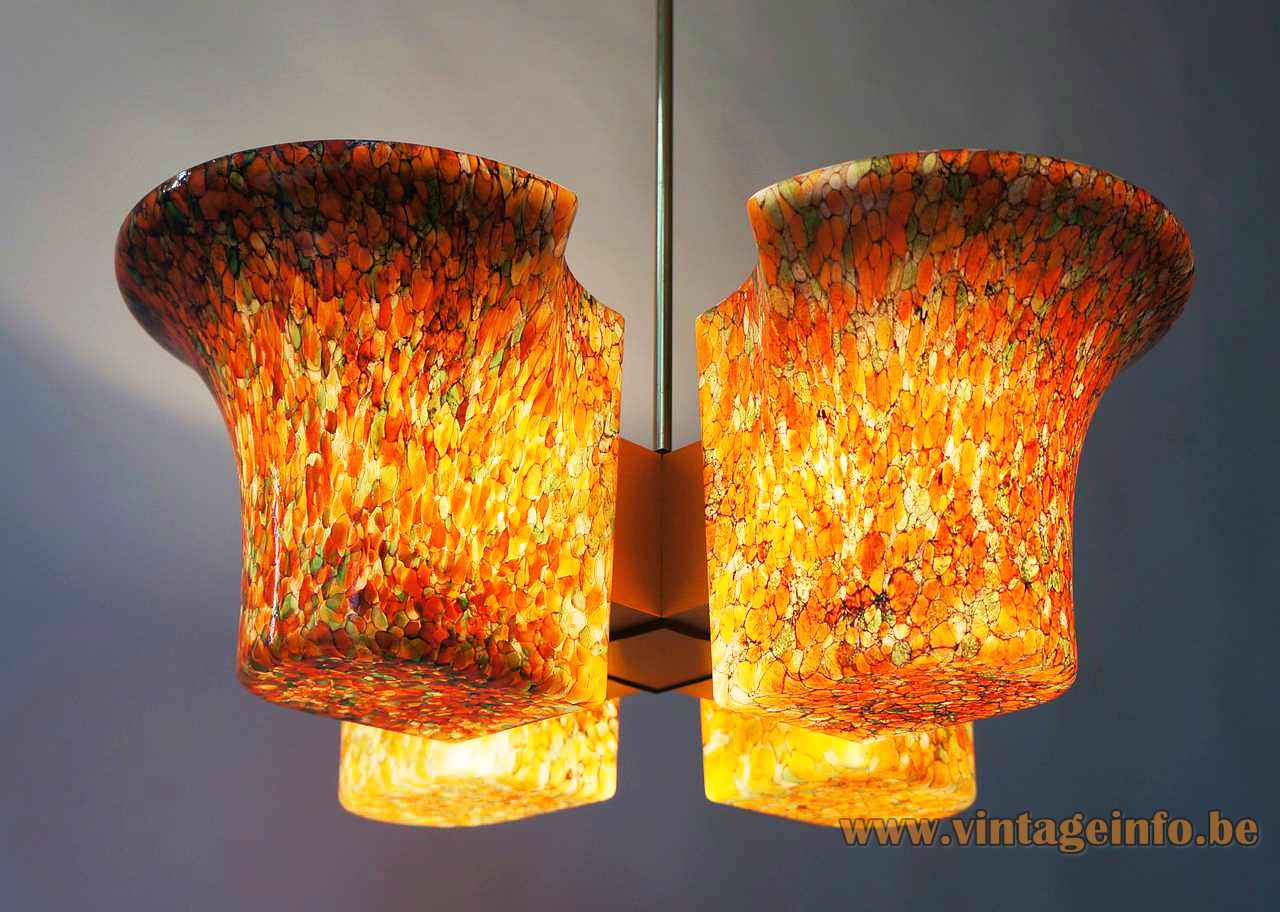 Other versions: This Peill + Putzler mottled glass chandelier exists in several varieties. An upside down version was also made. Wall lamps, table lamps, floor lamps, al kind of lamps were made with this type of glass.