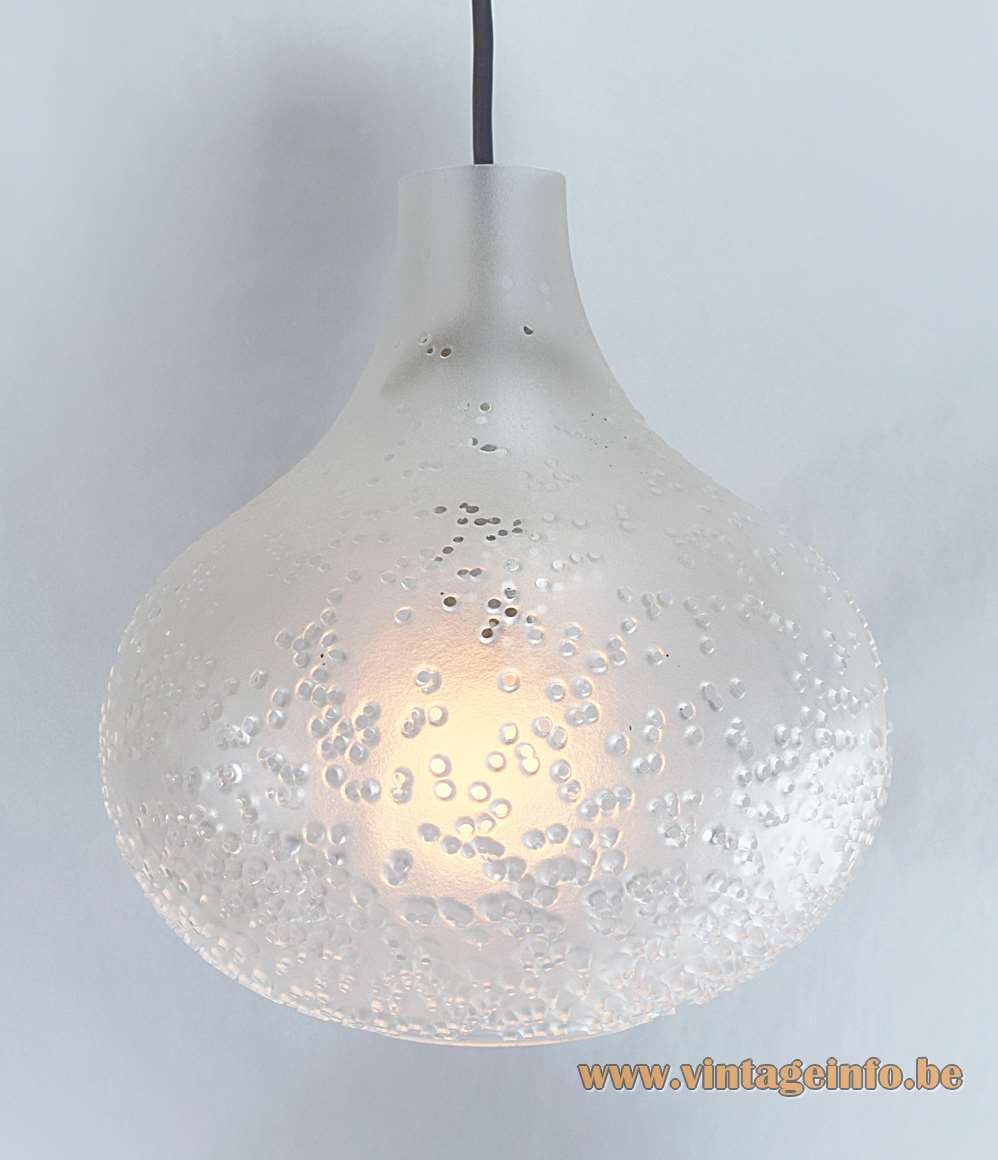 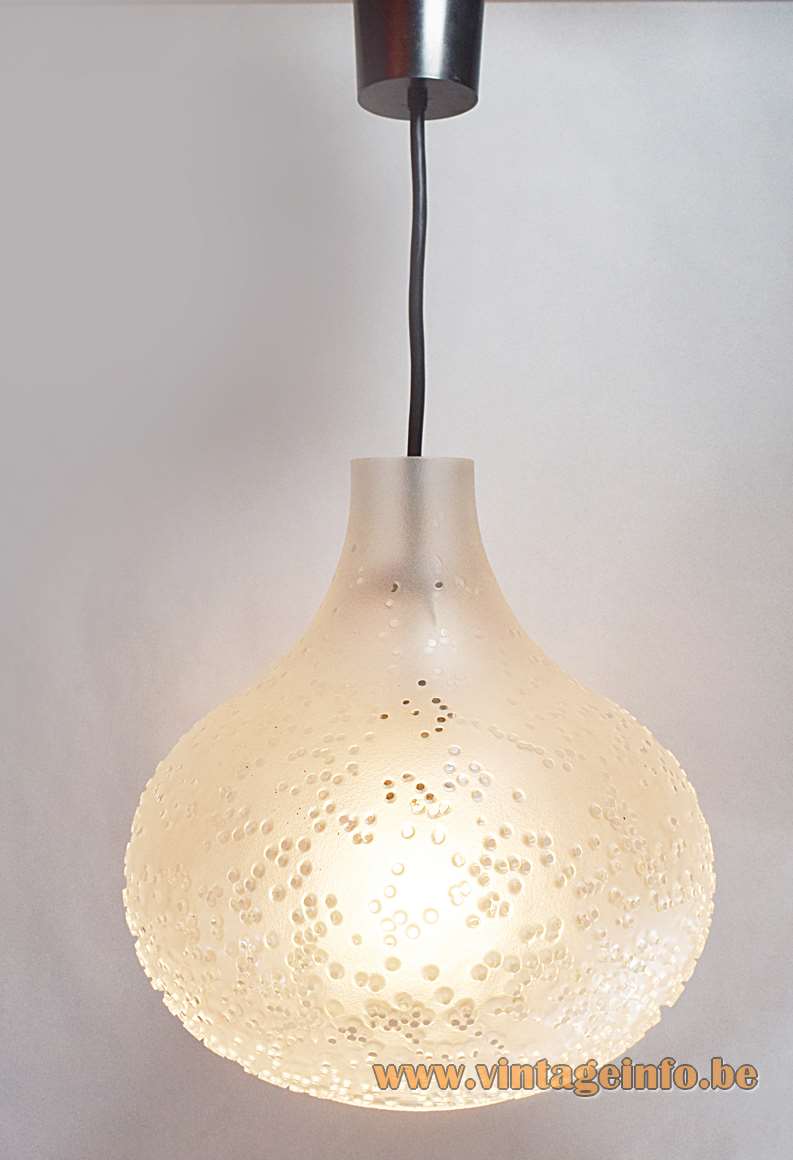 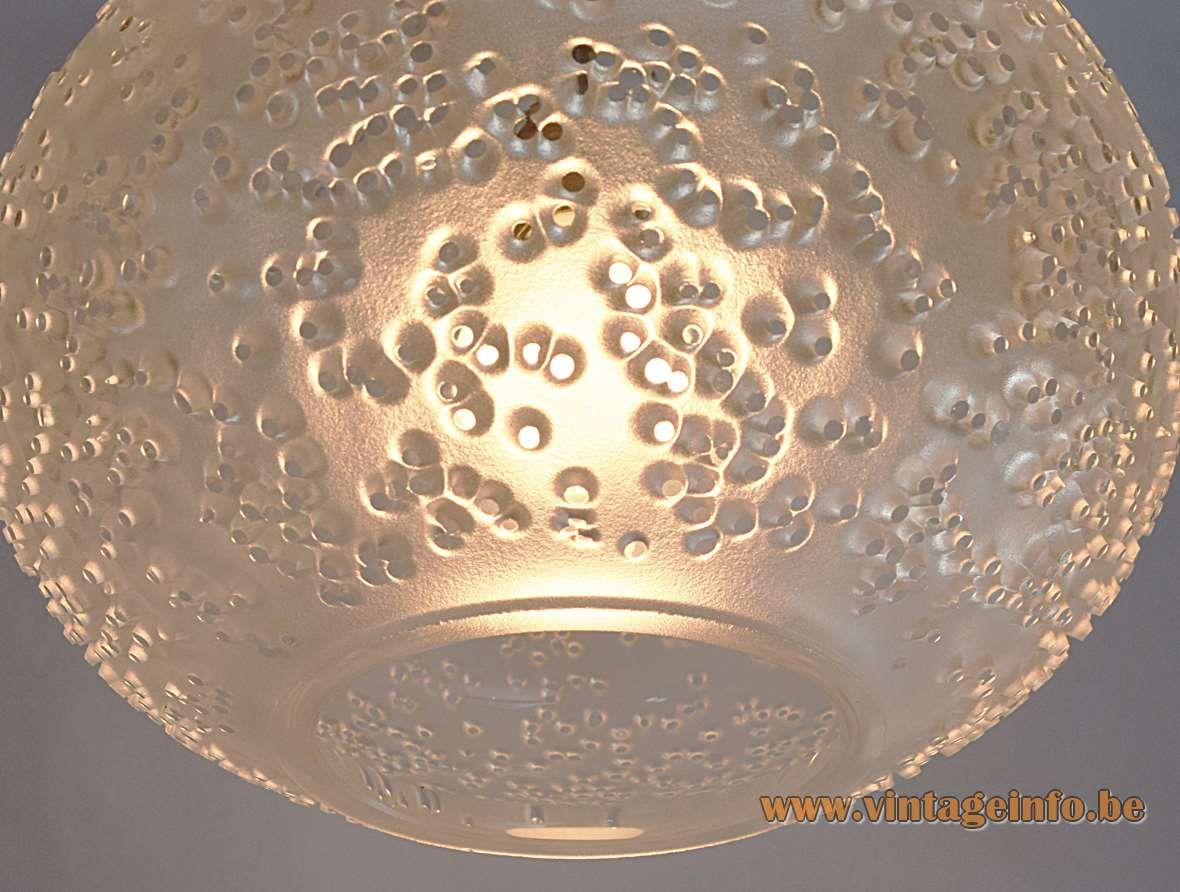 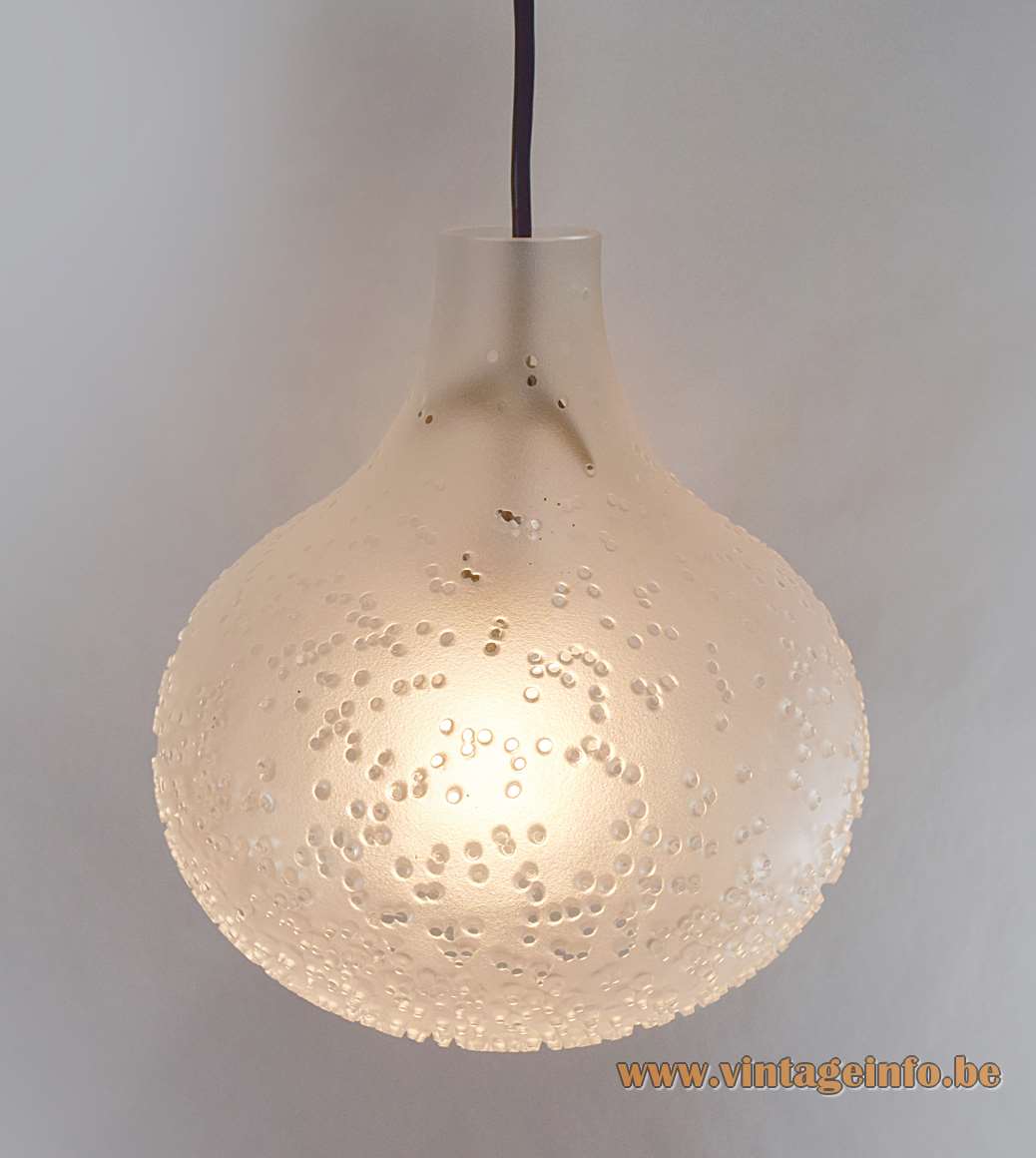 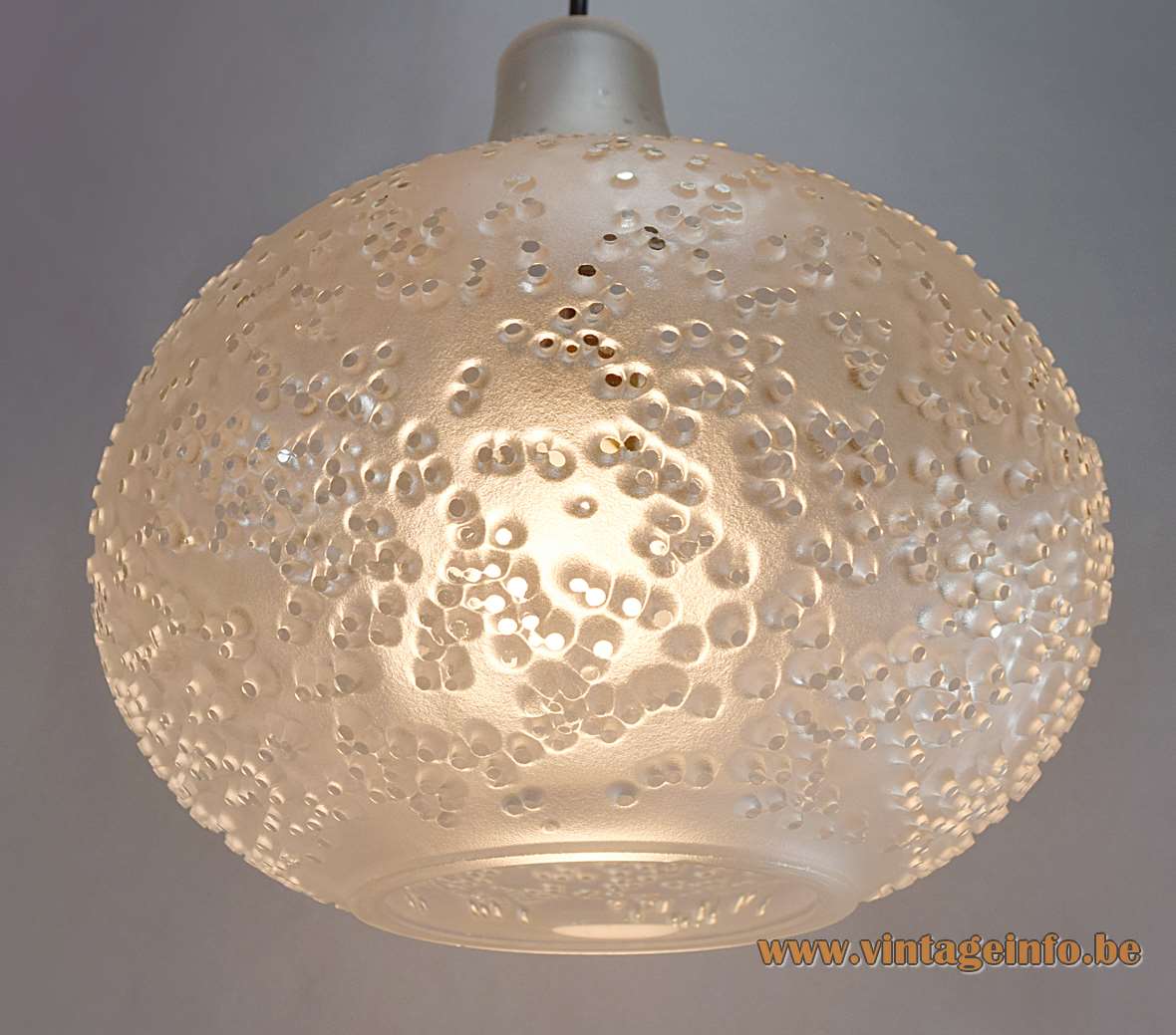 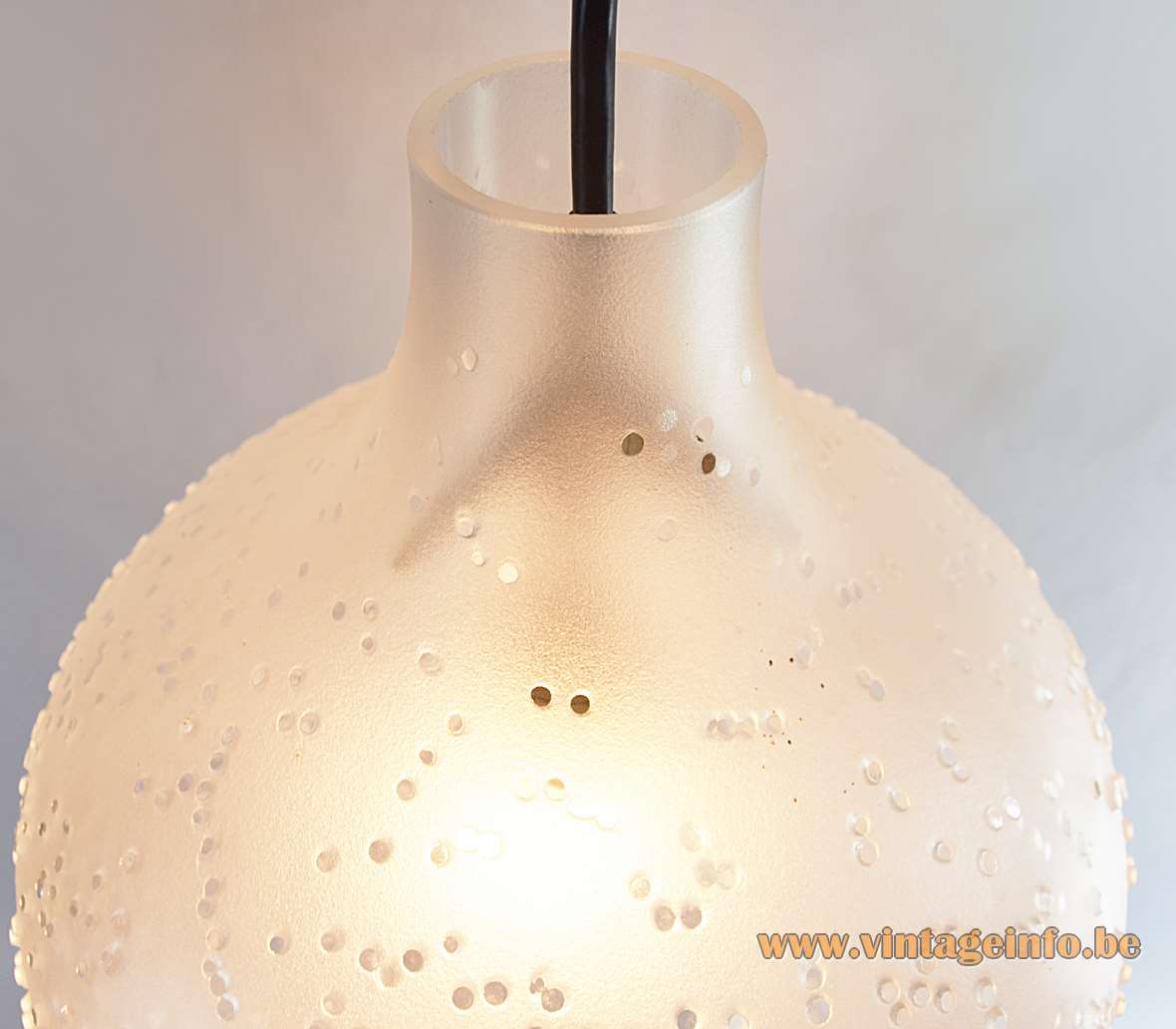 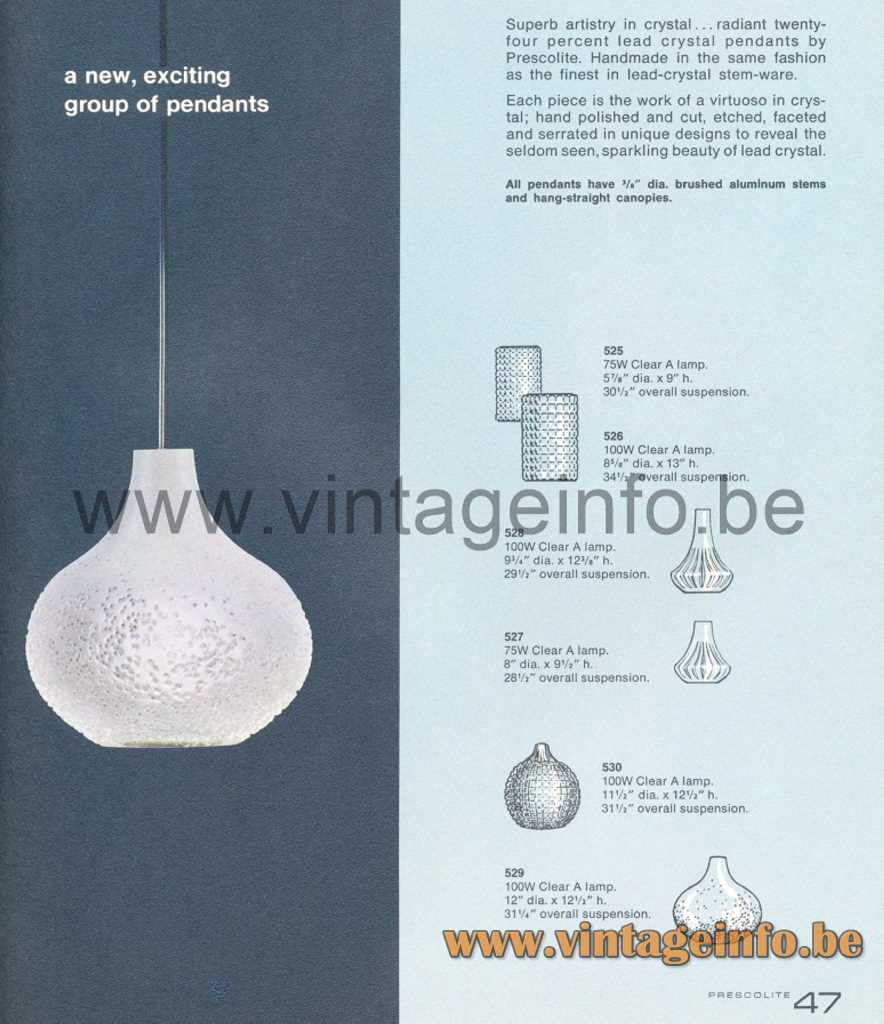 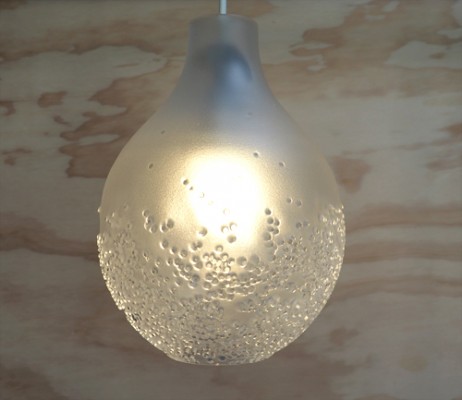 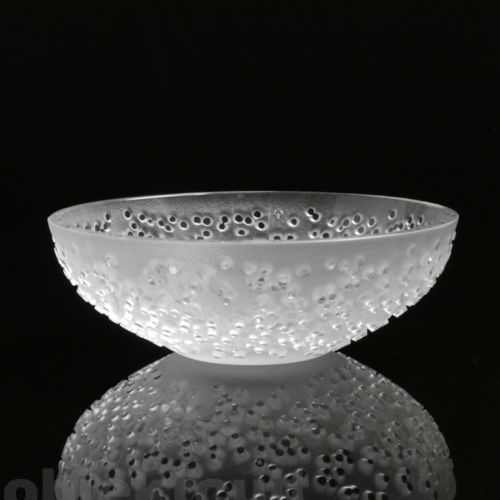 Other versions: The Peill + Putzler Patmos pendant lamp exists in many different forms and sizes. Also tableware was made in this type of glass. This pendant lamp is model 9087, AH 11.

This pendant lamp received an iF Design Award in 1971.

The Peill + Putzler Patmos pendant lamp was also sold by Raak Lichtarchitectuur, The Netherlands. It appears in catalogue 6 from 1964. Also the American Prescolite sold it. Today Prescolite is part of LBC Lighting.

In the 1950s 1500 people were working for the company. They also produced glass parts and complete lamps for other light companies in Europe, such as Raak from The Netherlands, Massive from Belgium and many others.

Other examples of this glass technique 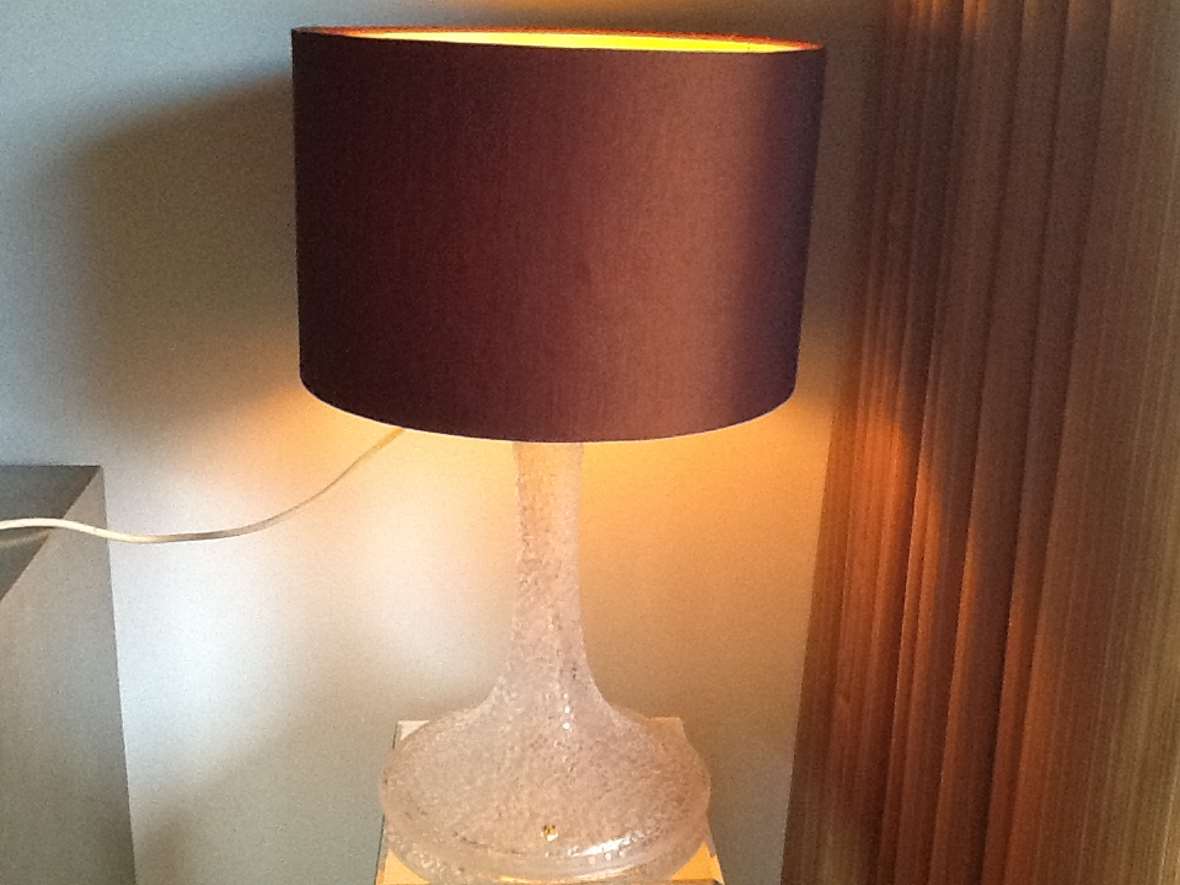 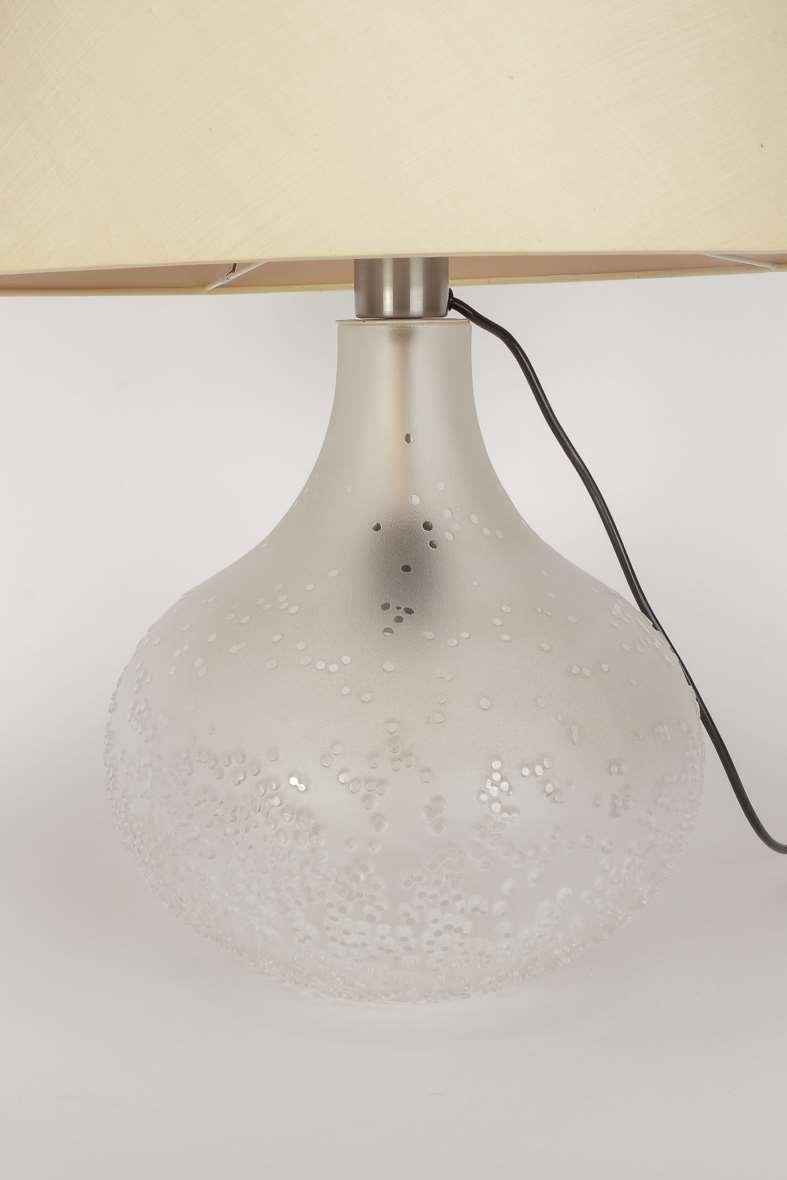