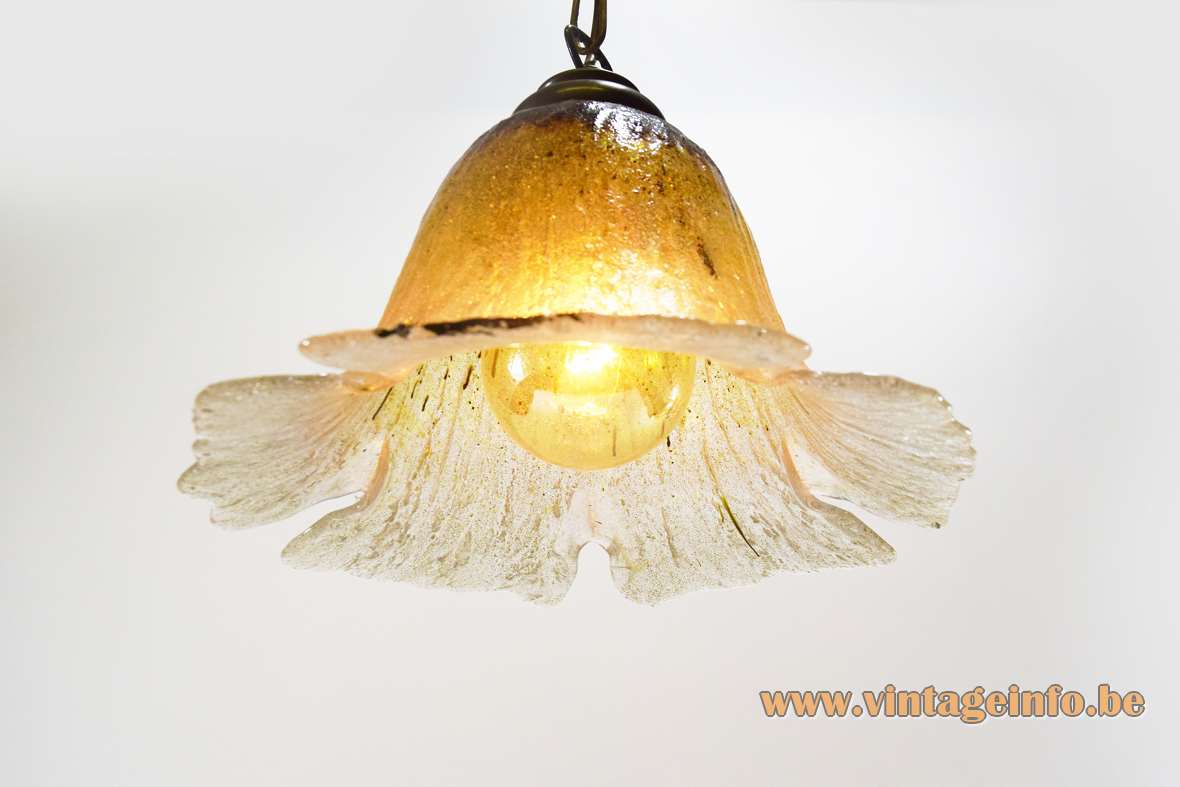 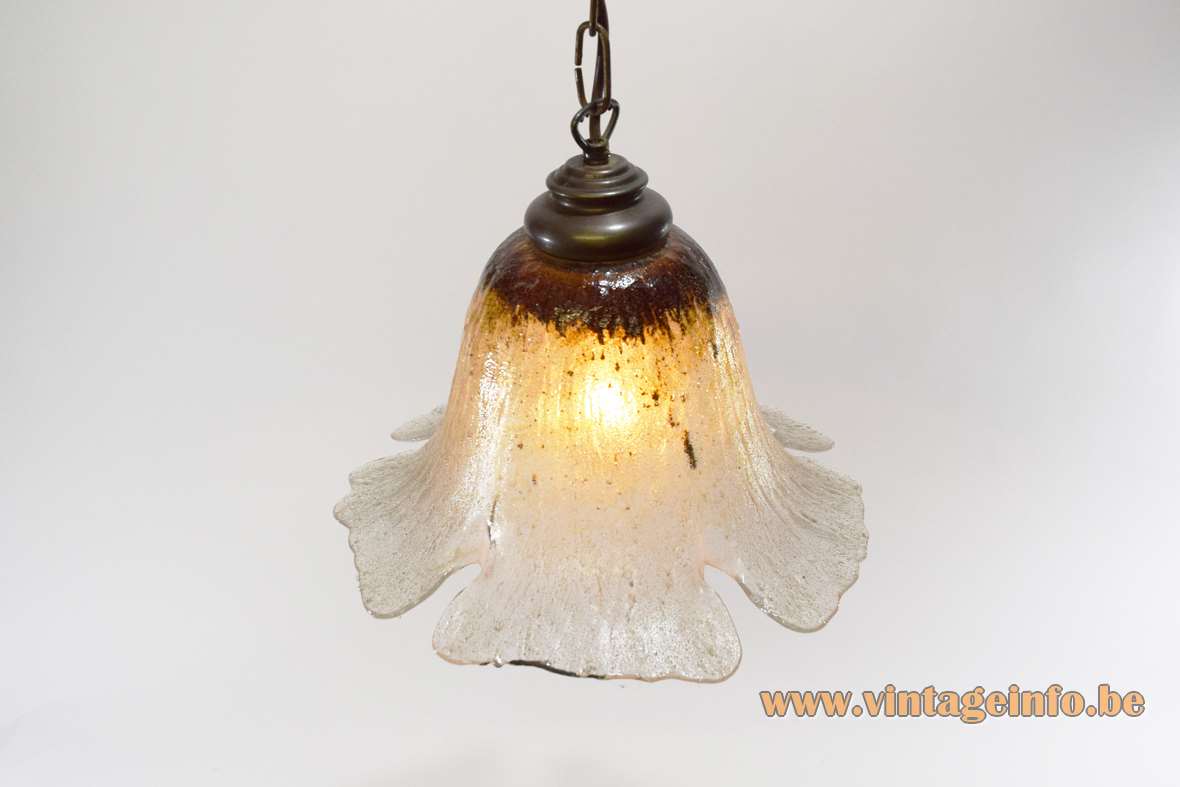 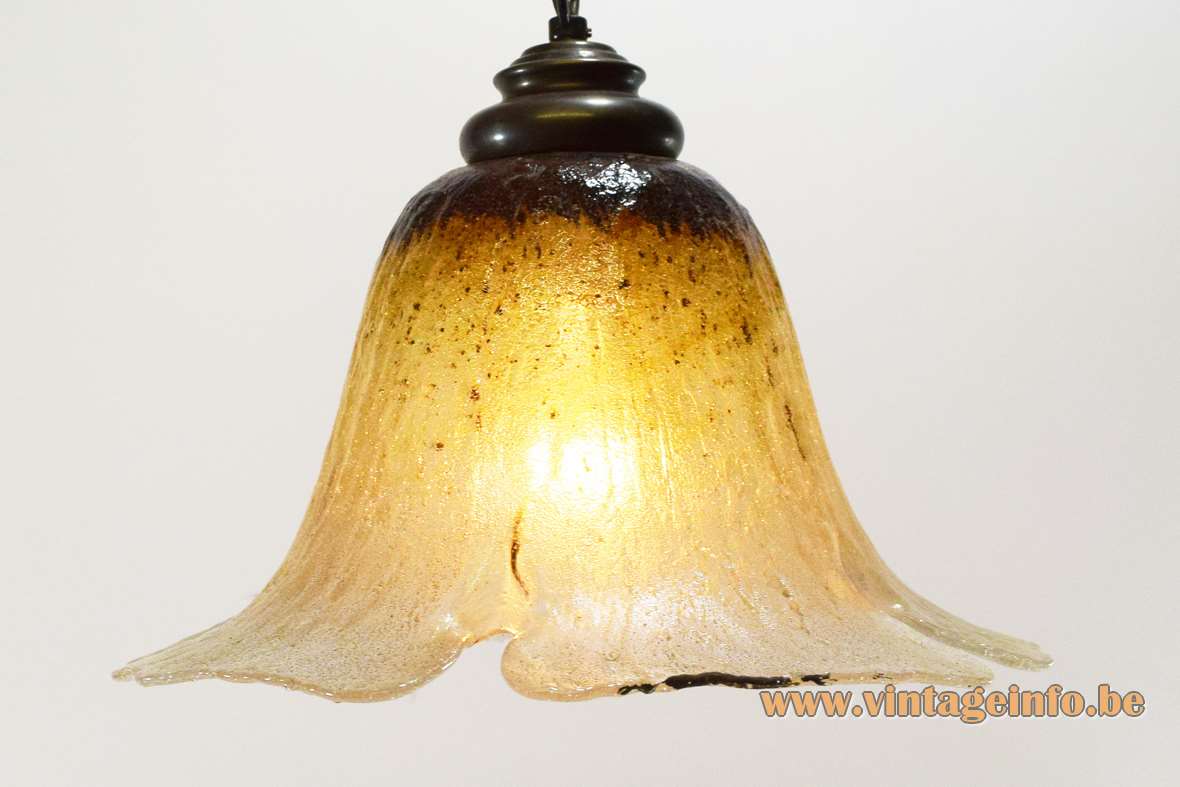 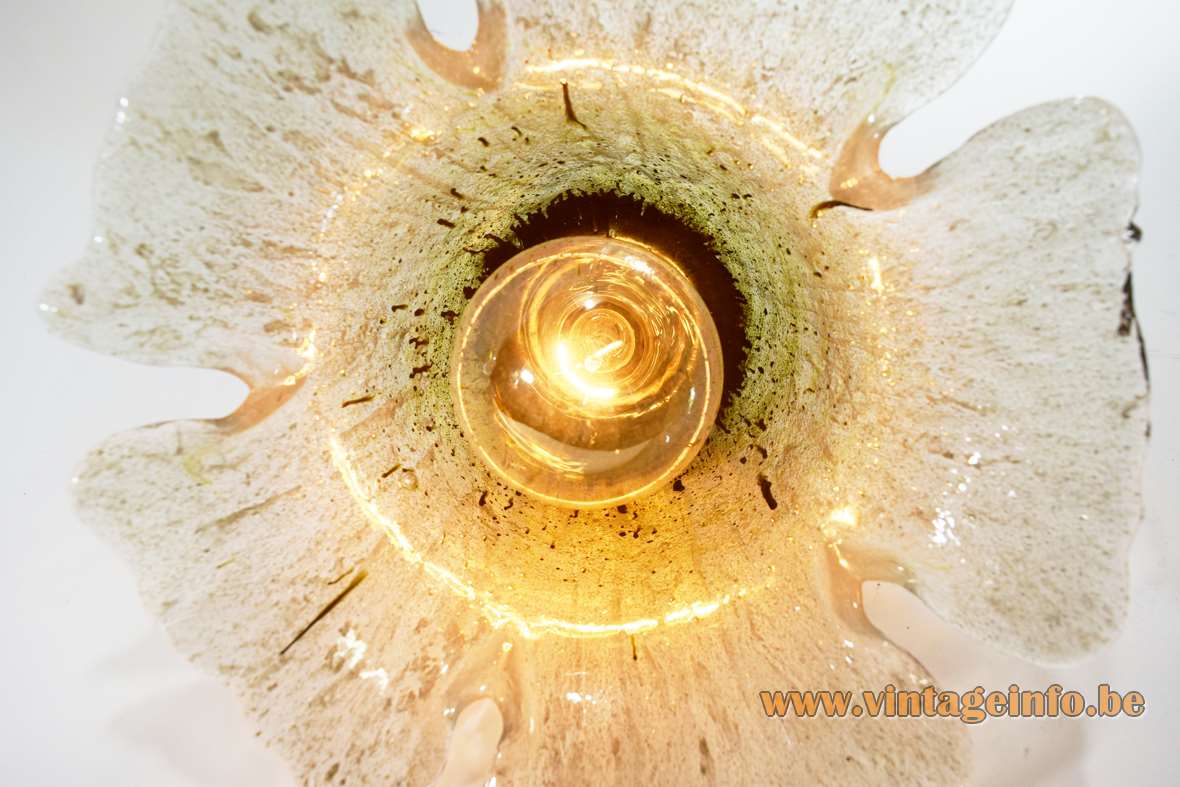 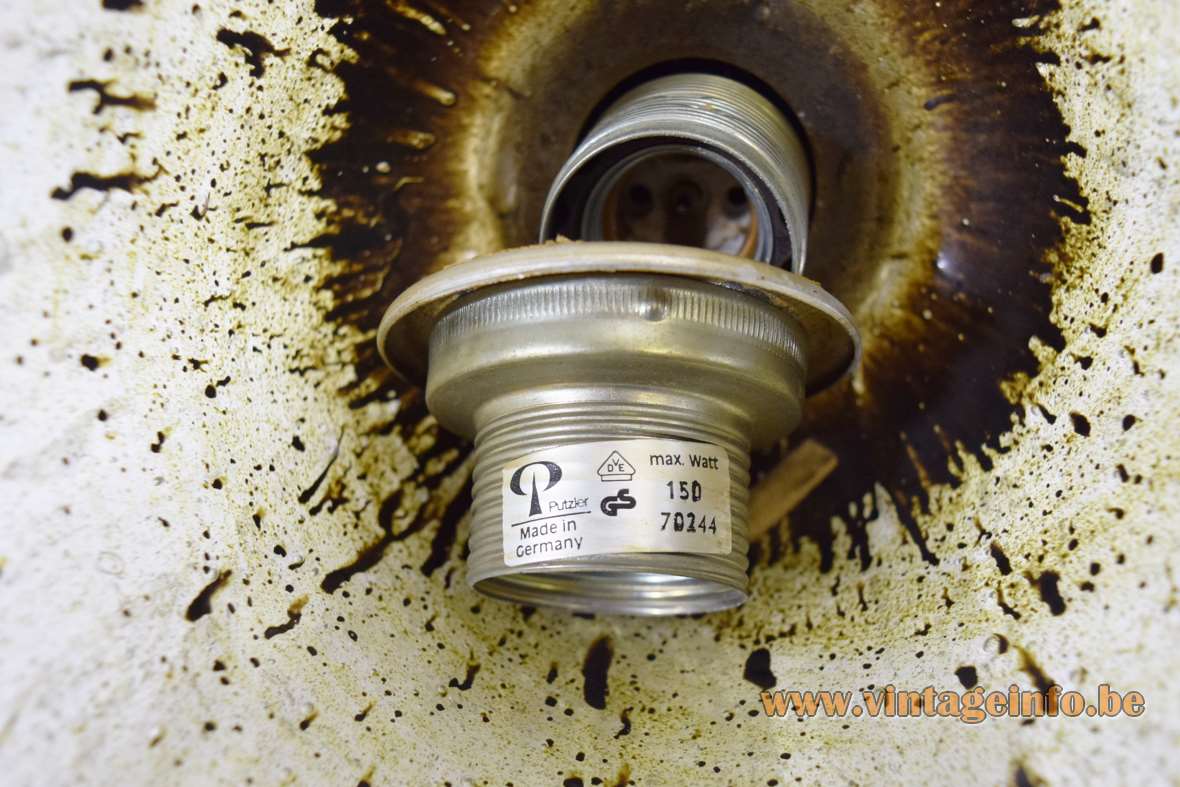 Other versions: This Peill + Putzler daylily pendant lamp exists in several colours, sizes en designs. Also produced as a flush mount in several sizes and as wall lamps. This light is model 70244.

These type of lamps are often named “Fazzoletto” lamps. The Italian word for handkerchief. The Fazzoletto vase is a 1948 design by Fulvio Bianconi (1915 – 1996) for Venini. This pendant lamp has more similarities with a daylily flower or some fantasy flower, than a handkerchief. This lamp is model 70244, as labeled on the socket. These lamps became popular in the late 60s, early 70s.

Peill + Putzler is often written as Peill & Putzler but that is incorrect.