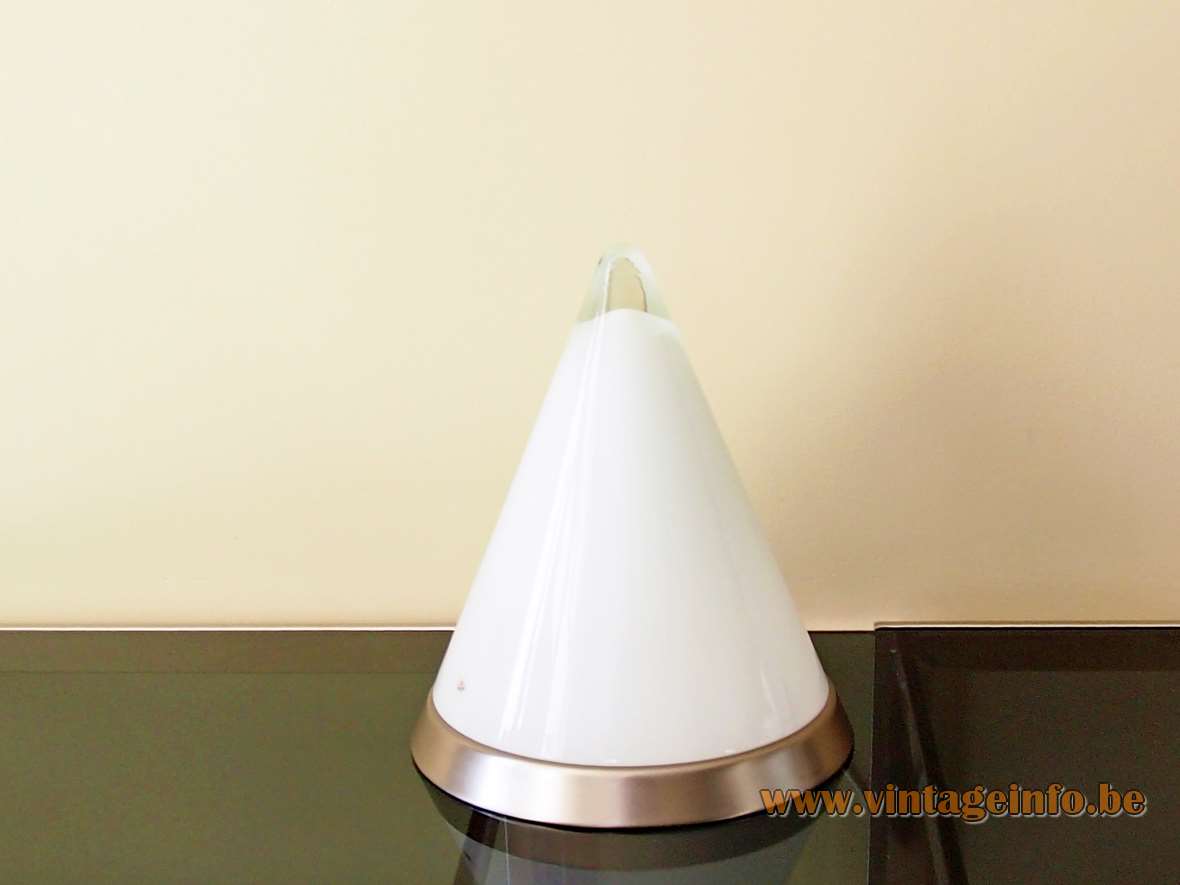 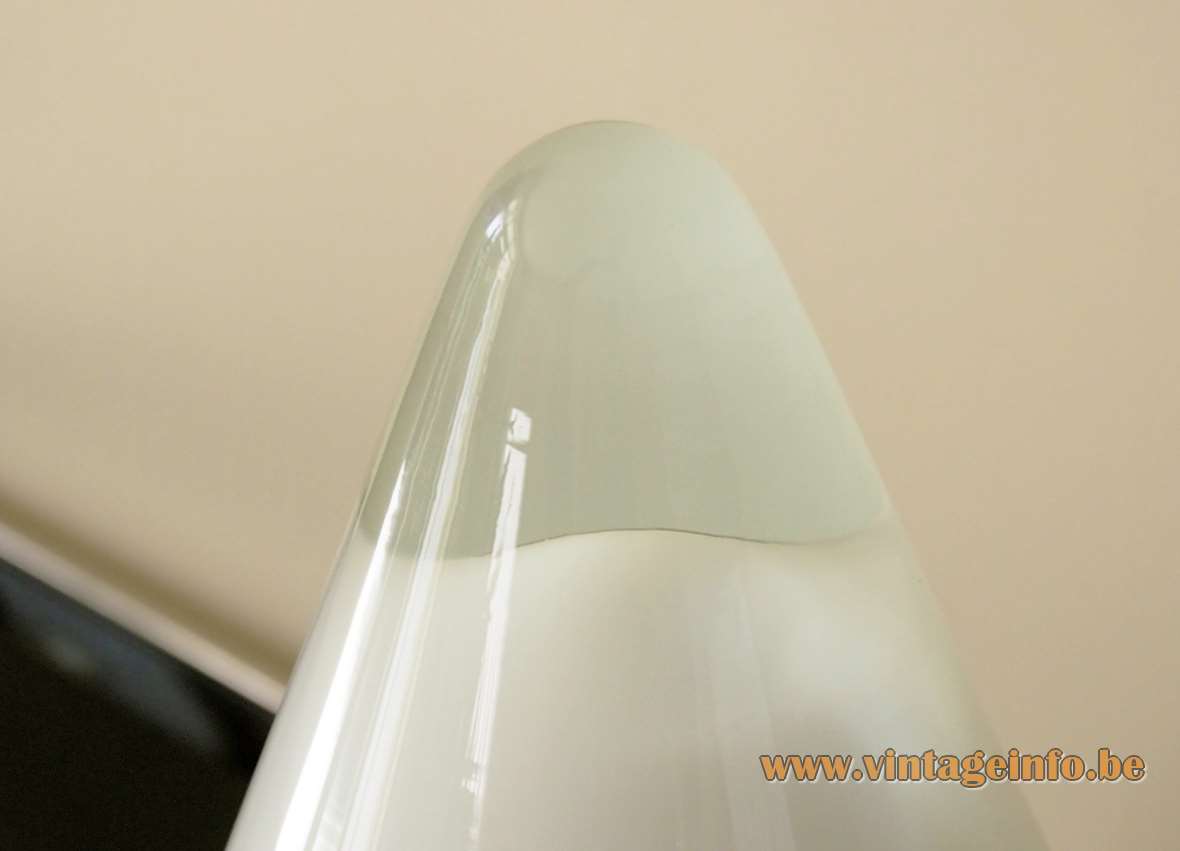 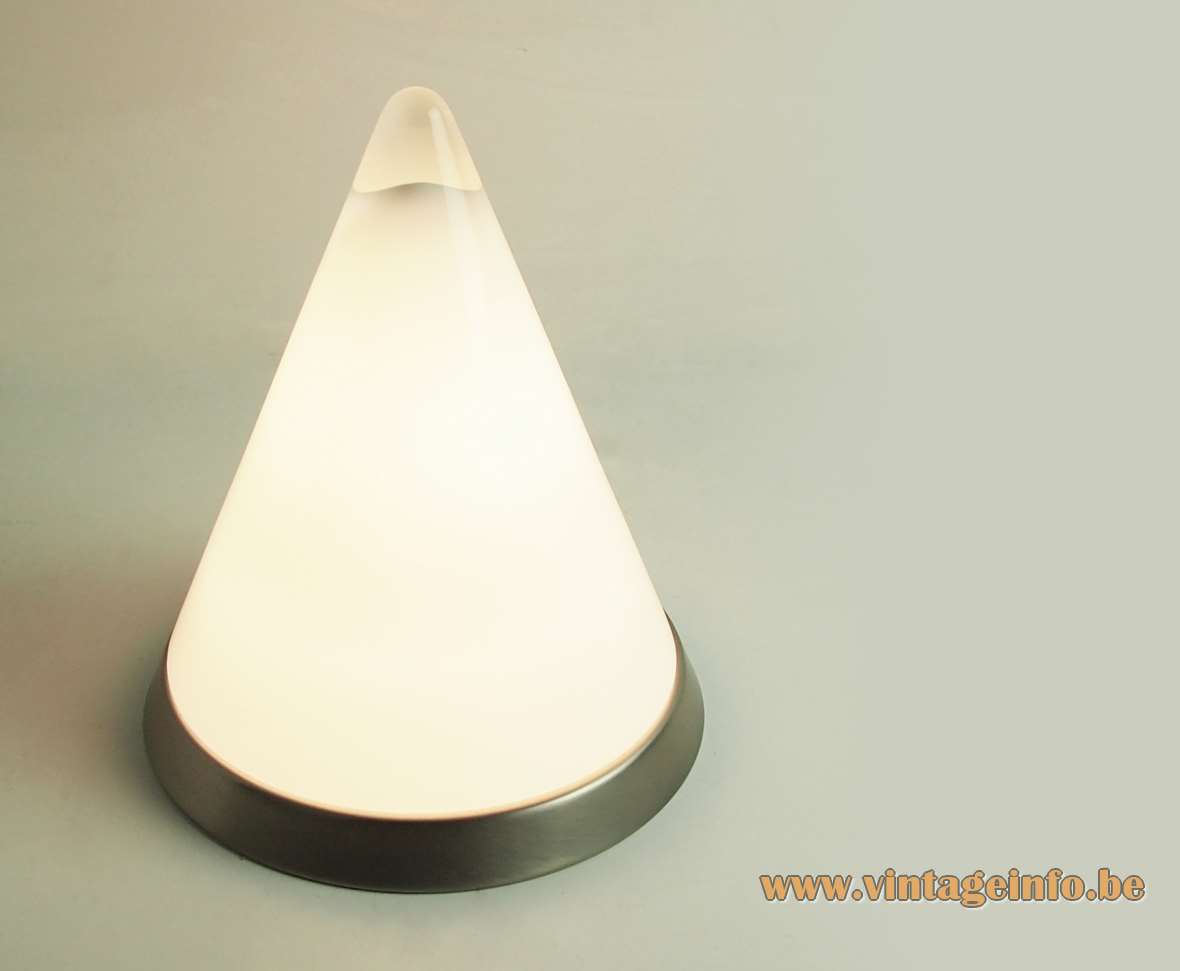 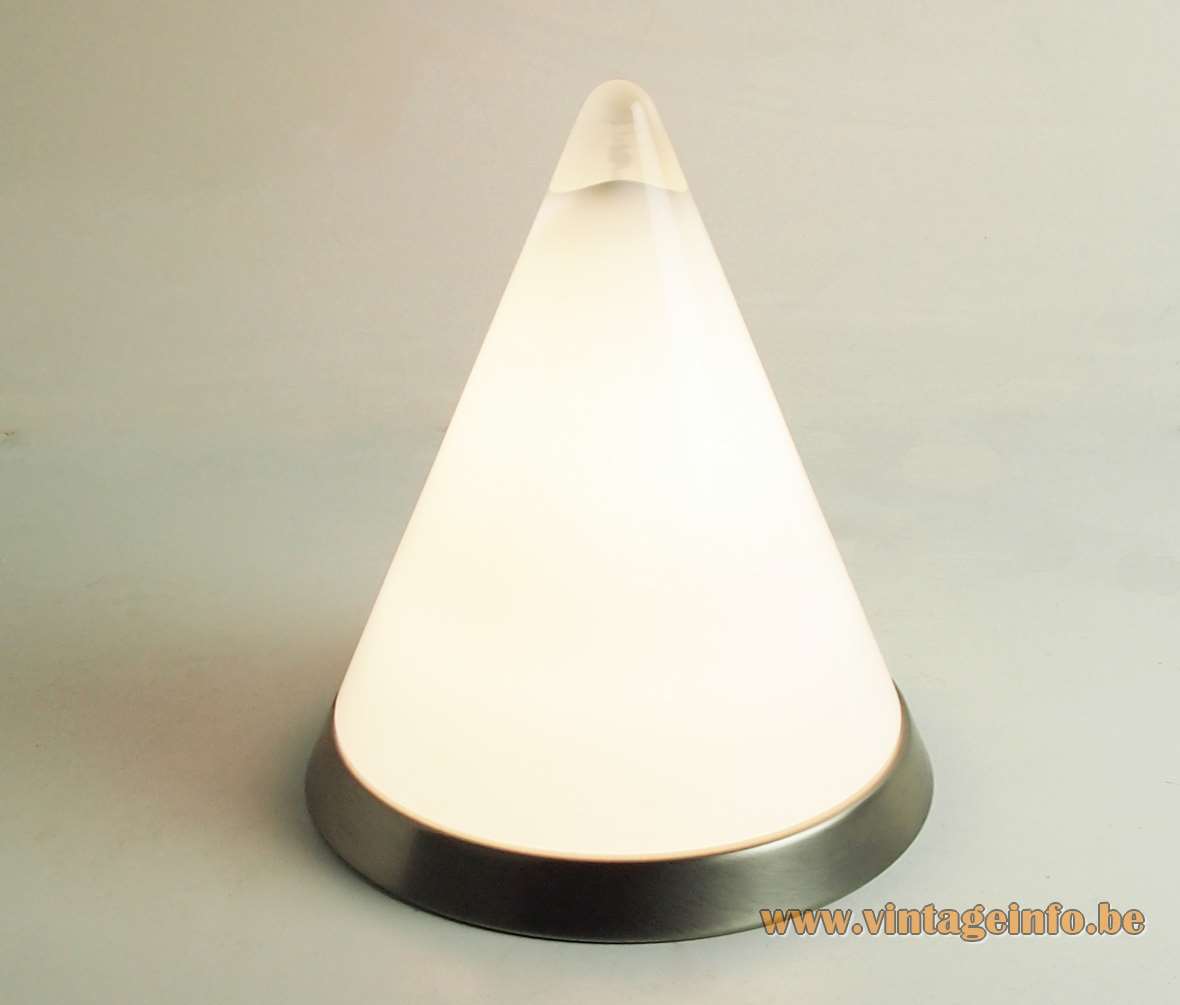 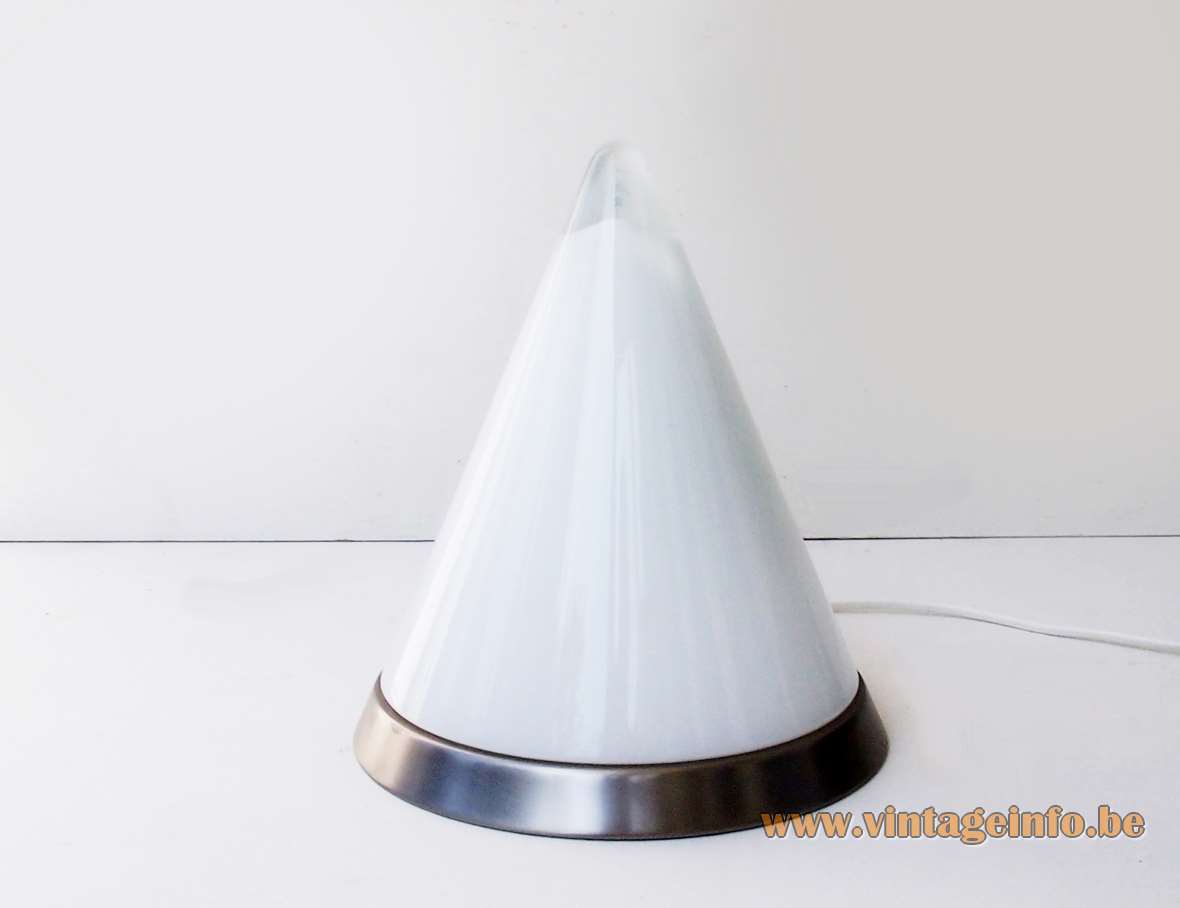 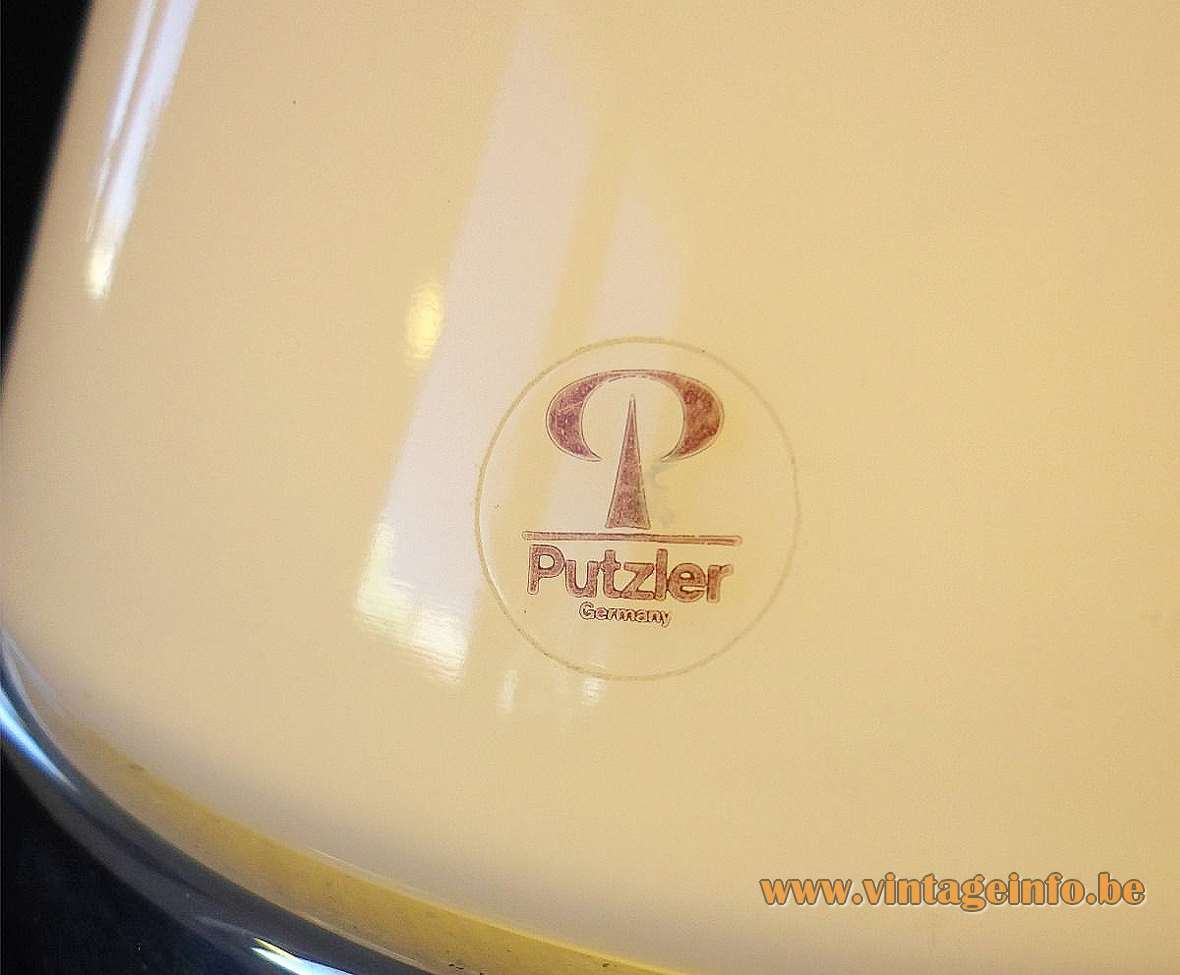 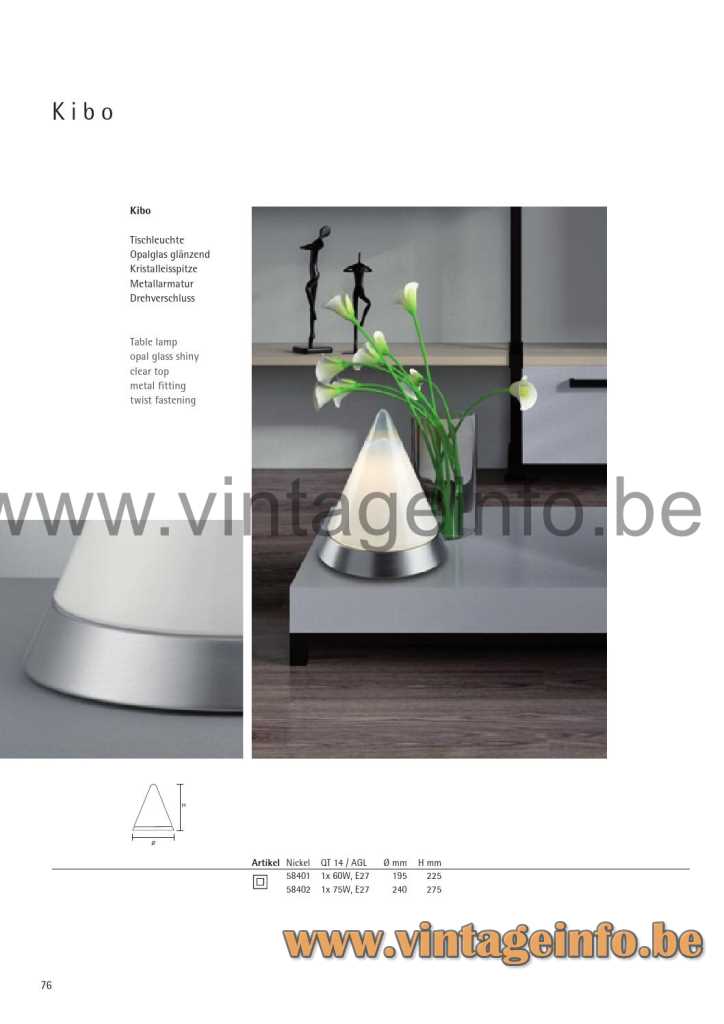 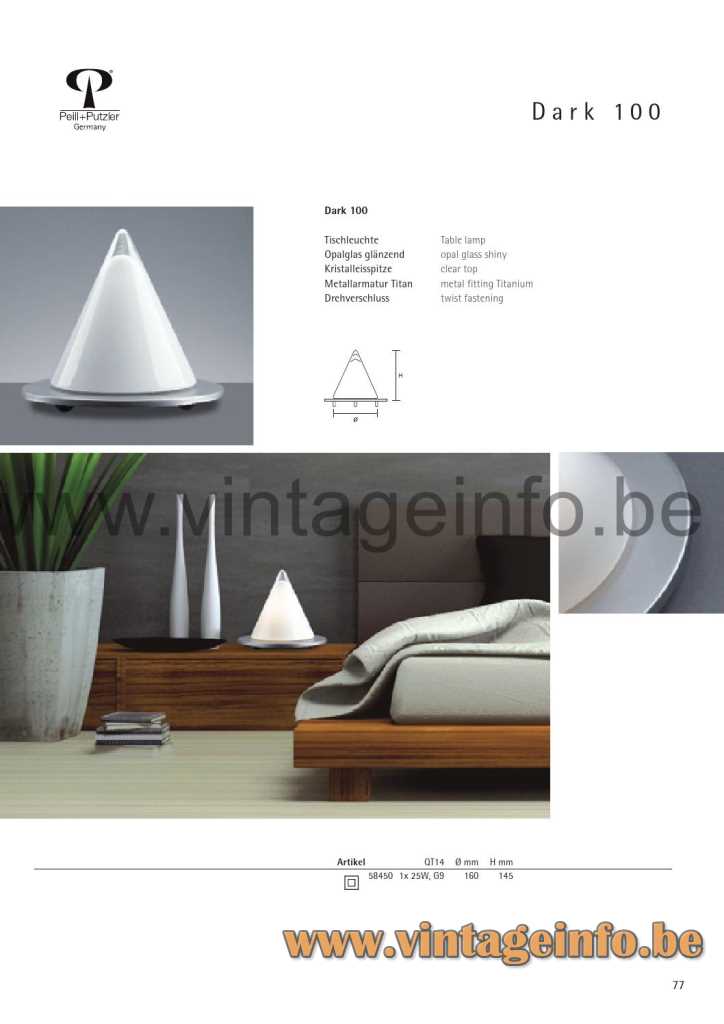 Other versions: The Peill + Putzler Kibo table lamp exists in 3 sizes, this one is the biggest. The base was made in chrome, brushed aluminium, gold coloured brushed anodised aluminium and black anodised aluminium. The two other sizes can be found here on Vintageinfo. The Kibo was also made as a flush mount. The same glass was used for the Dark 100 table lamp, as you can see in the 2014 catalogue picture.

A similar lamp was produced by the French company SCE, La Société centrale d’Eclairage. In 2019 it still was in production. It is made in the same way with a clear top. You can find the Teepee table lamp over here. 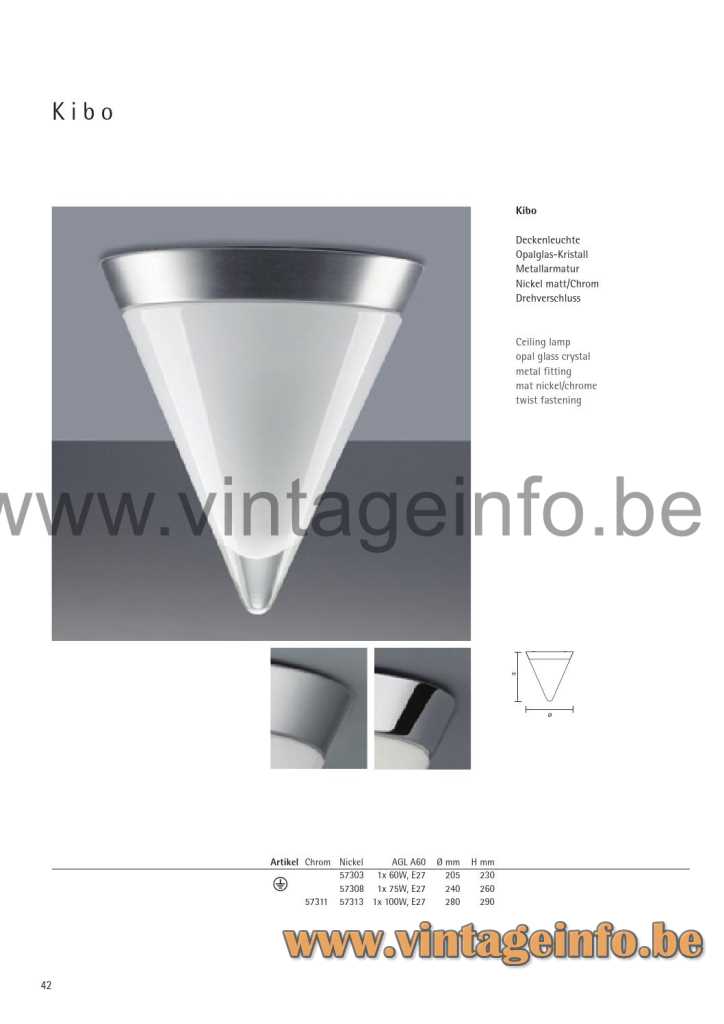