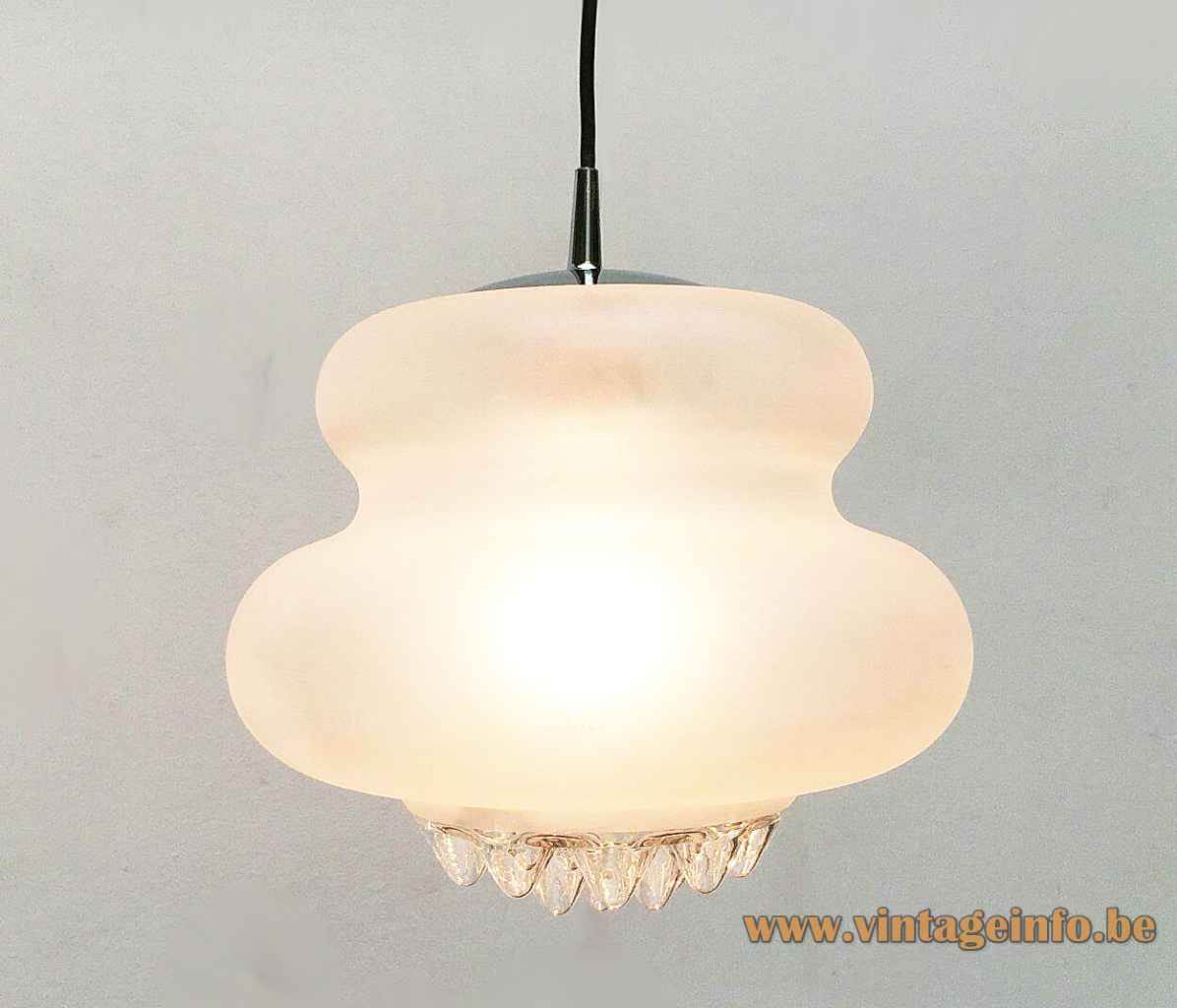 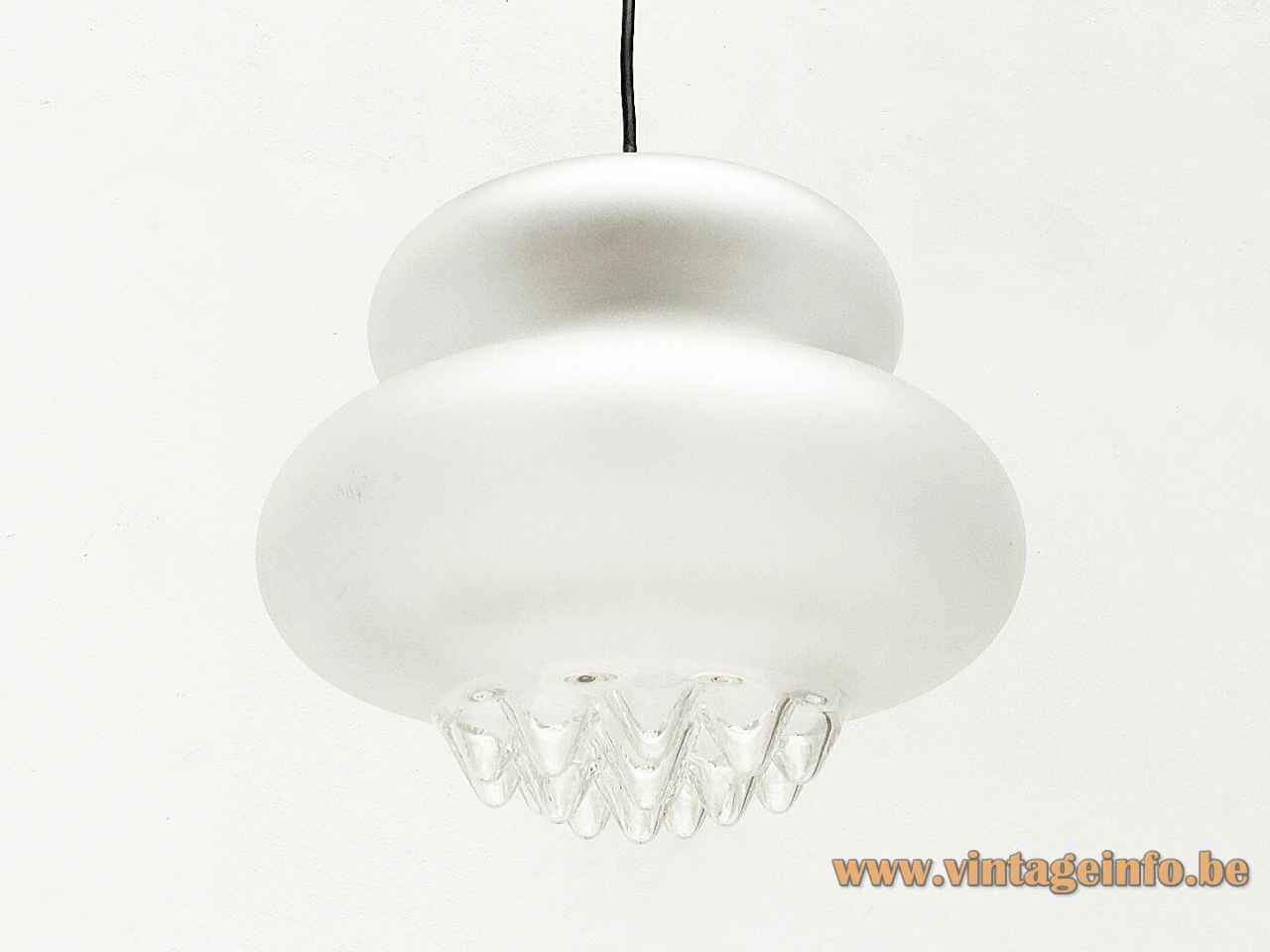 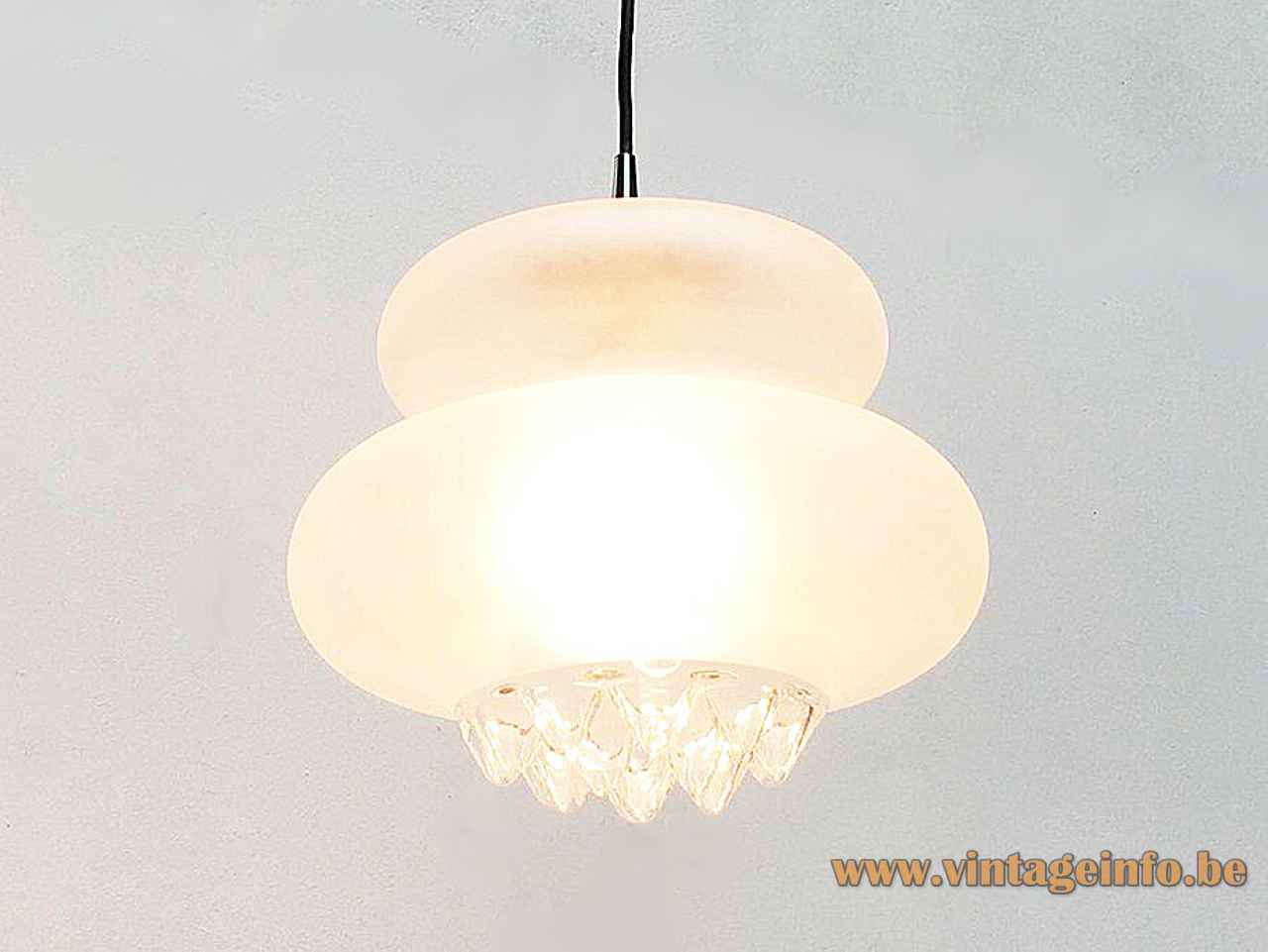 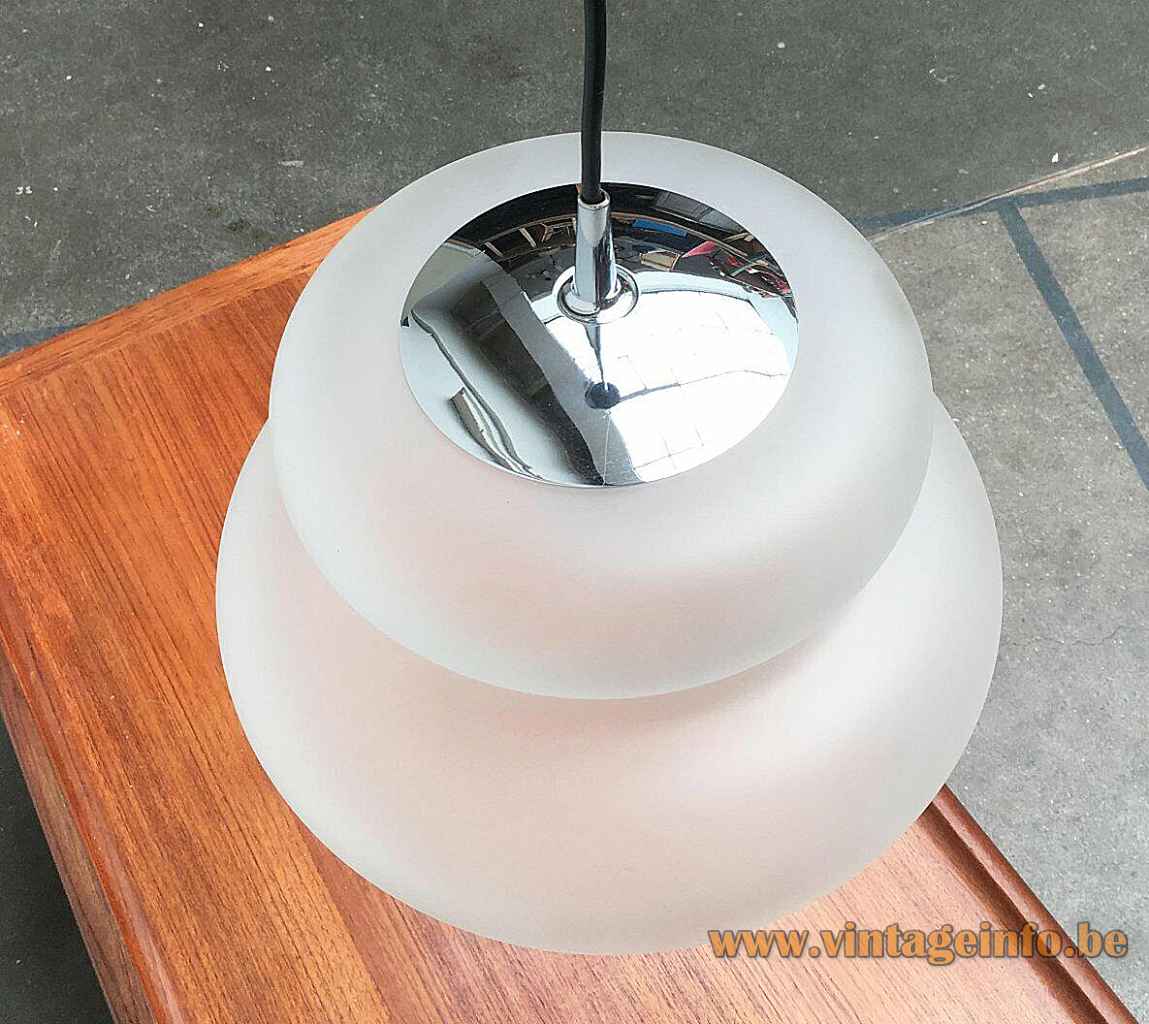 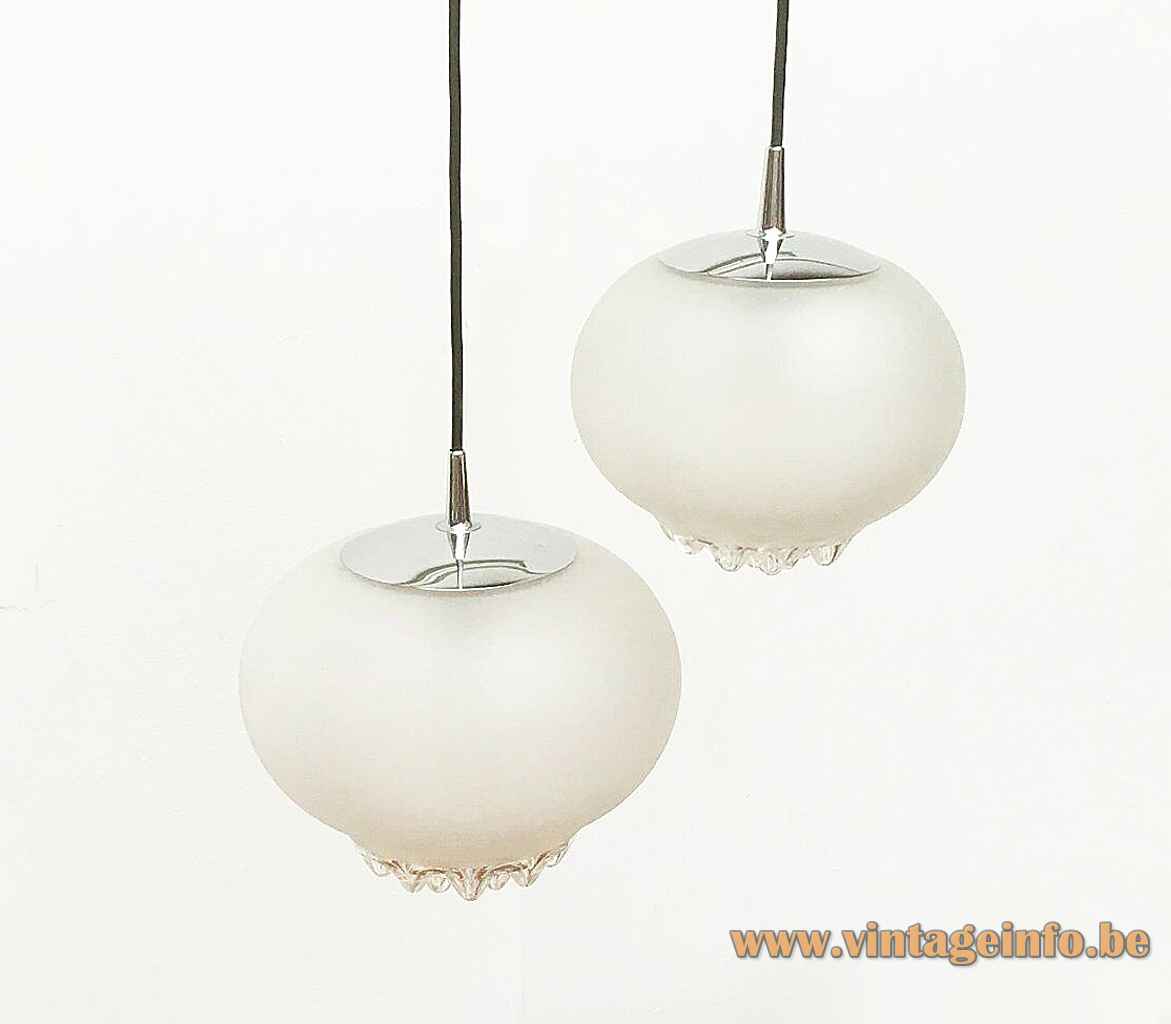 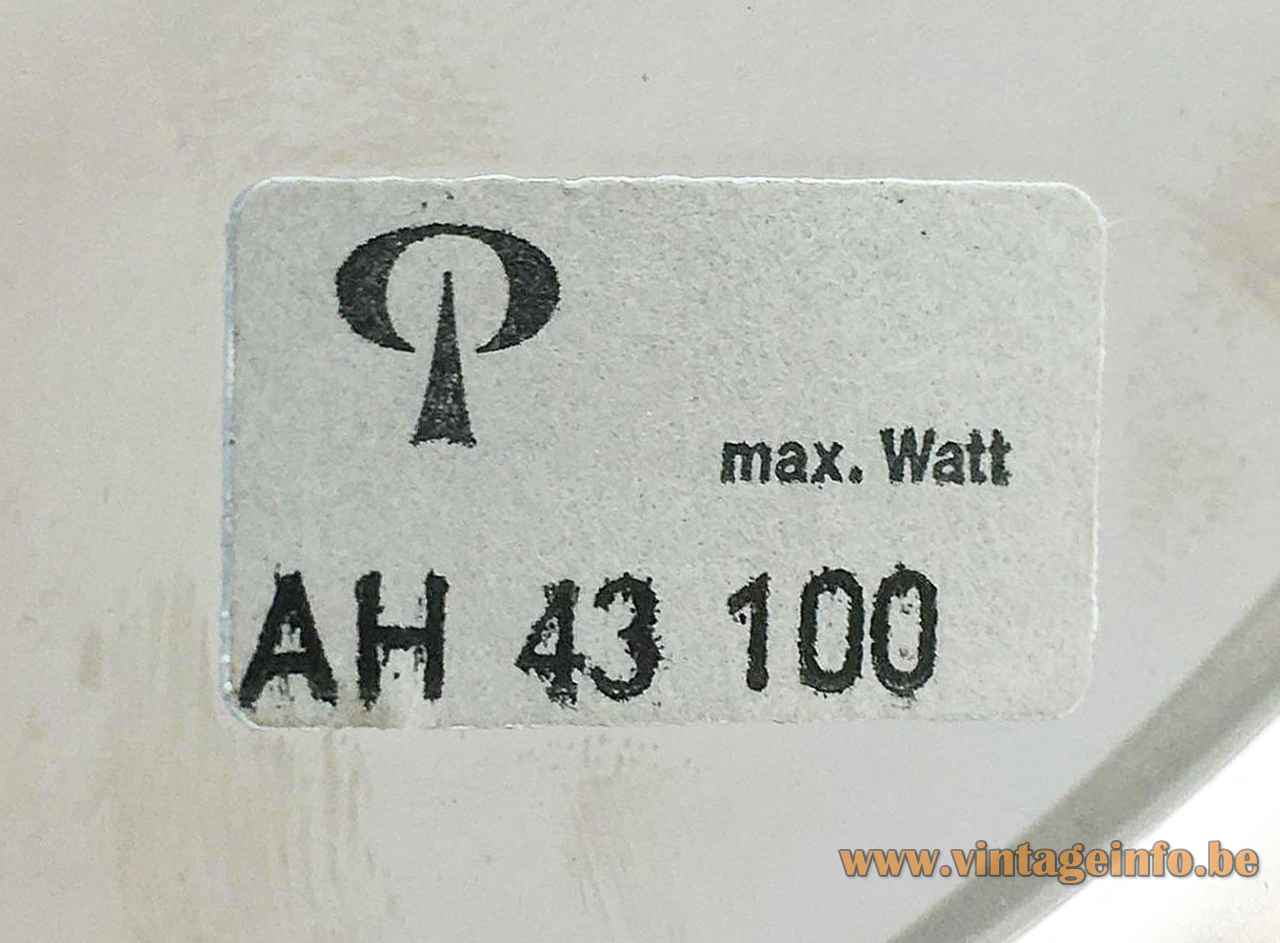 Other versions: This Peill + Putzler AH 43 pendant lamp exists in a few sizes, but they have a different number such as AH 42. The are sometimes named Lemon Press. The pumpkin style lampshade was used in several forms. Another example can be found here.