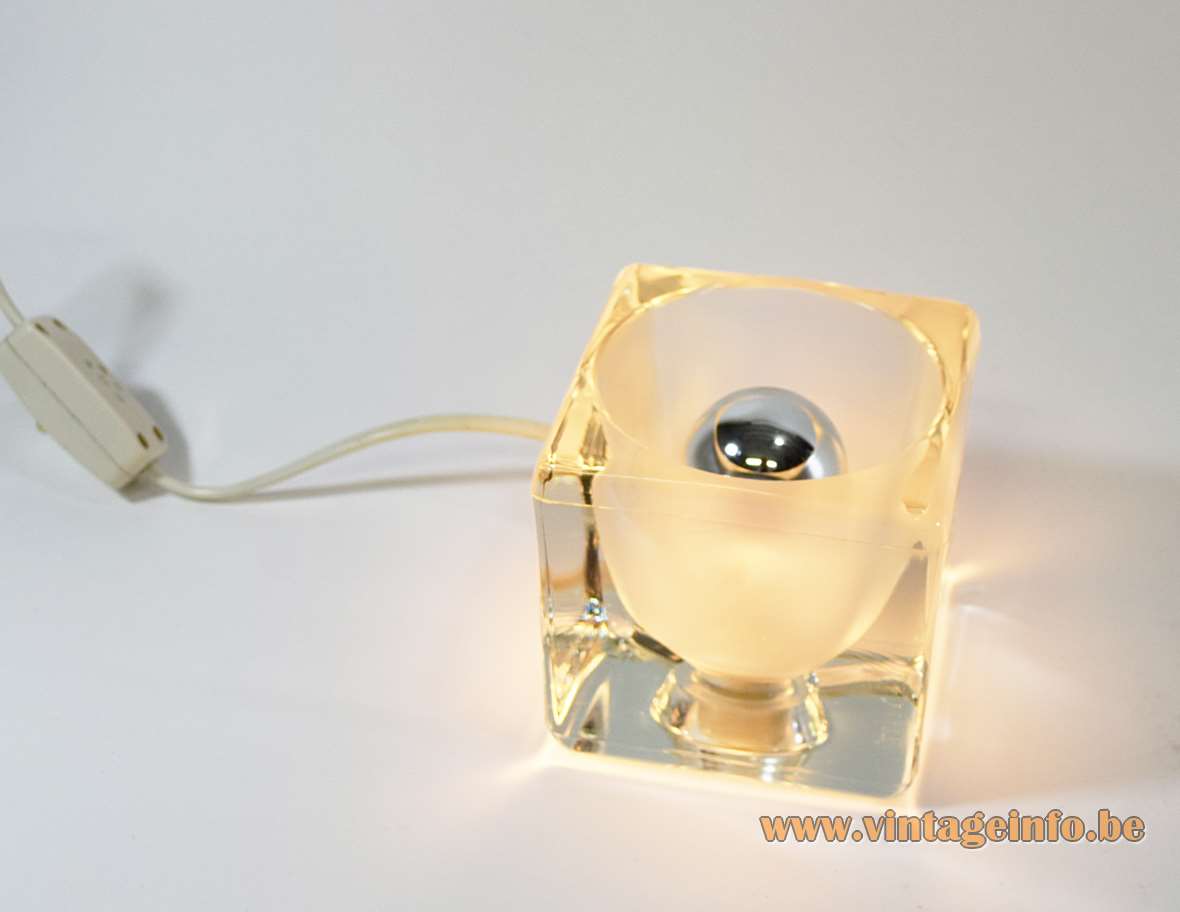 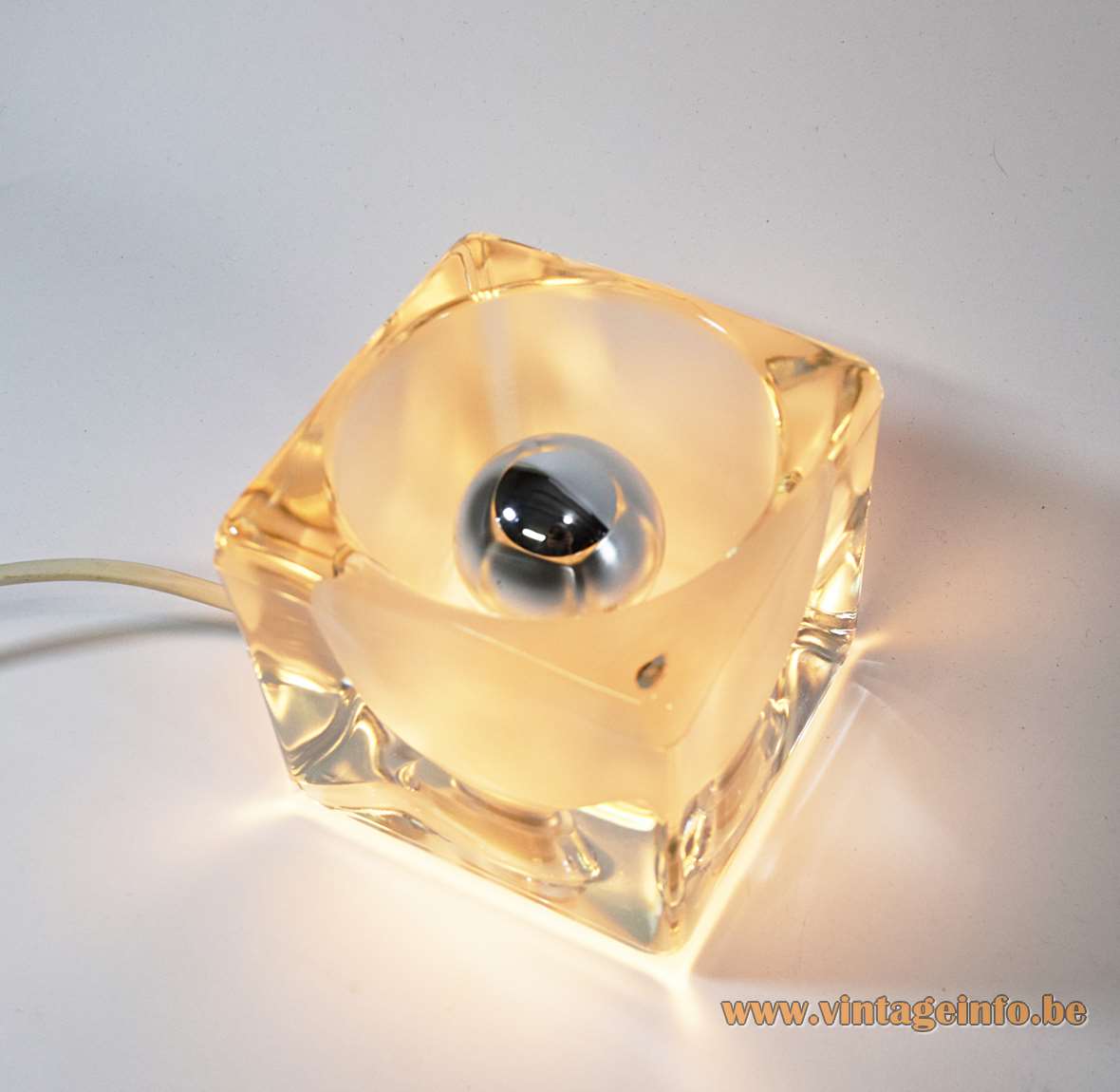 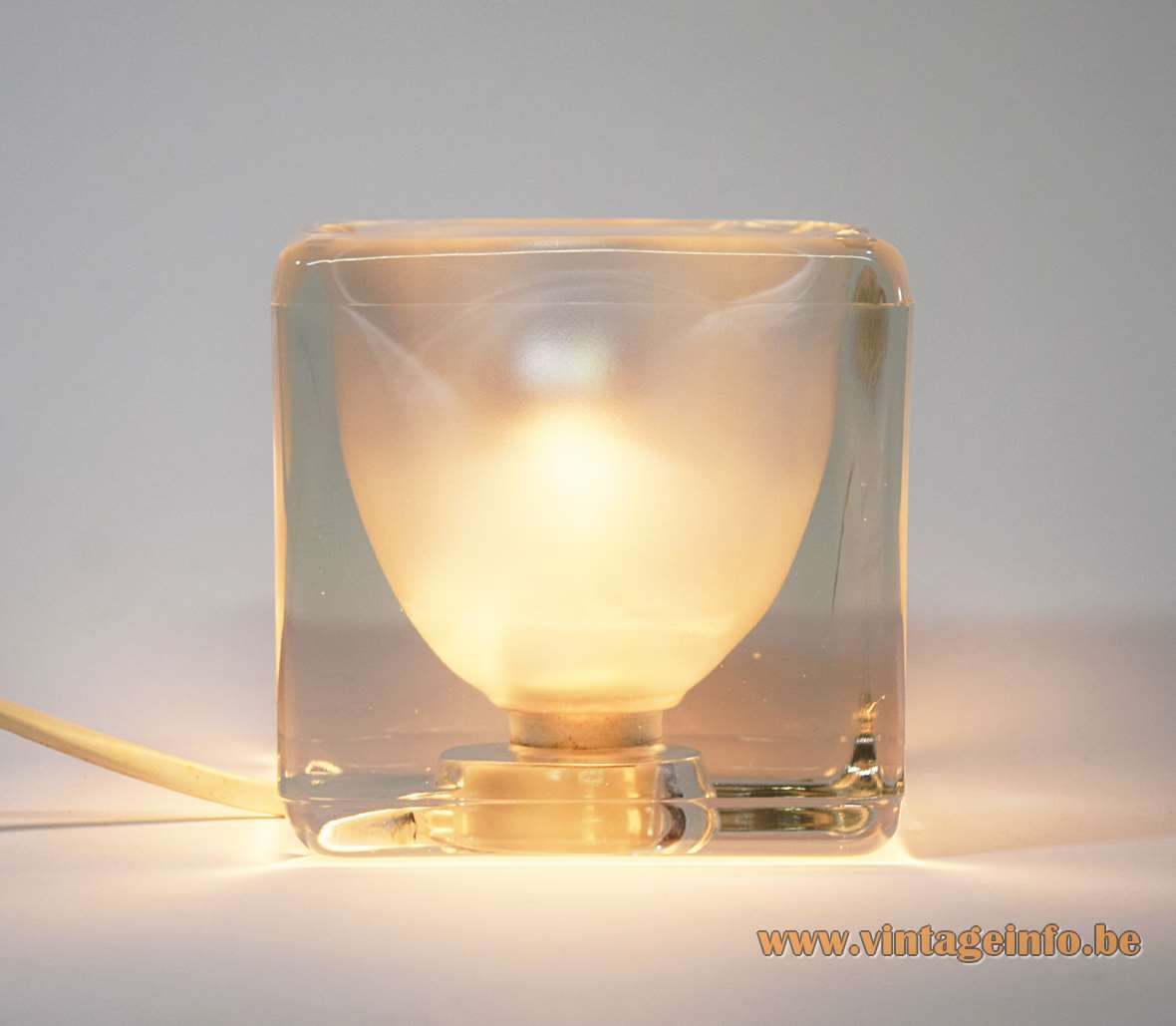 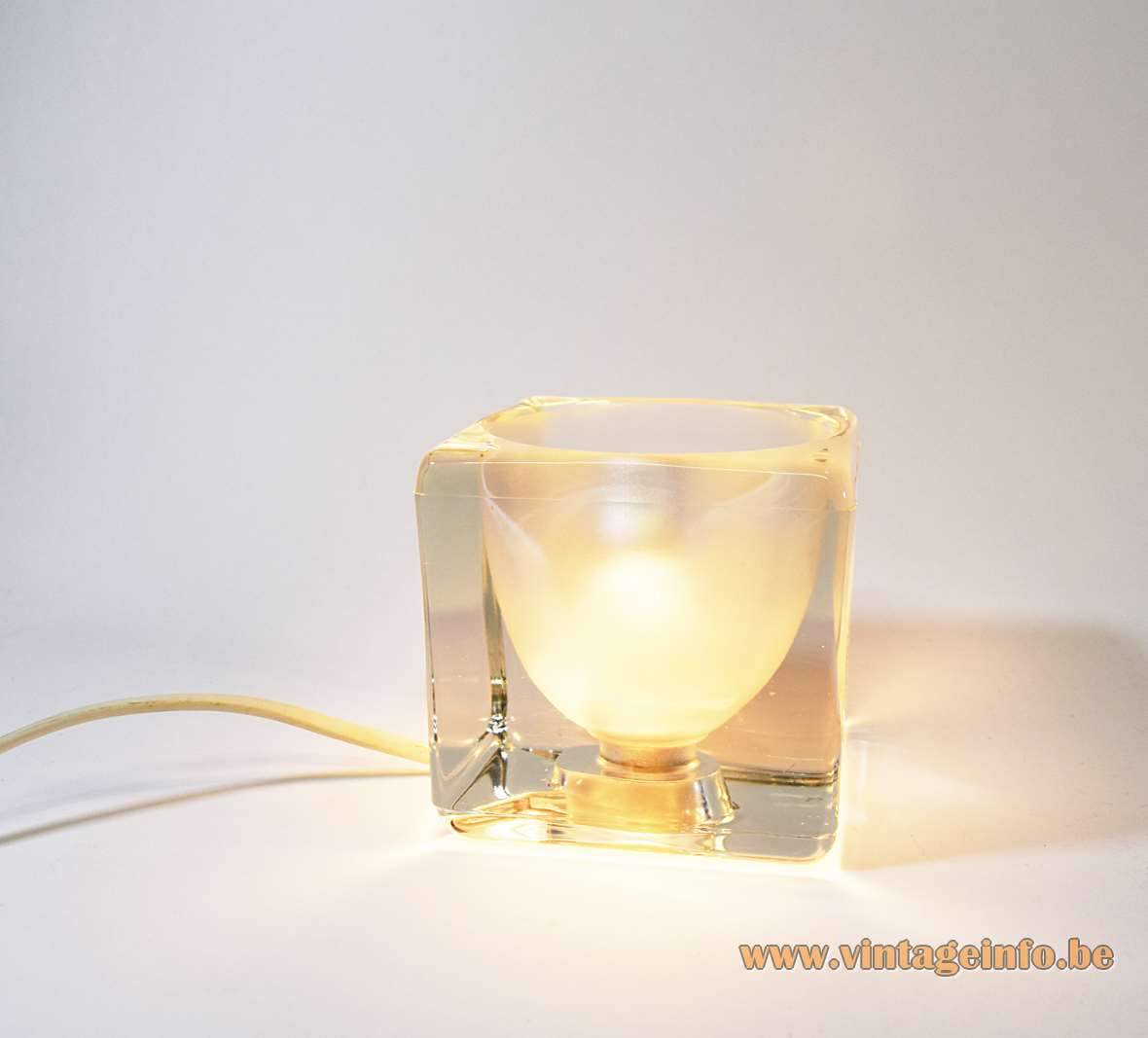 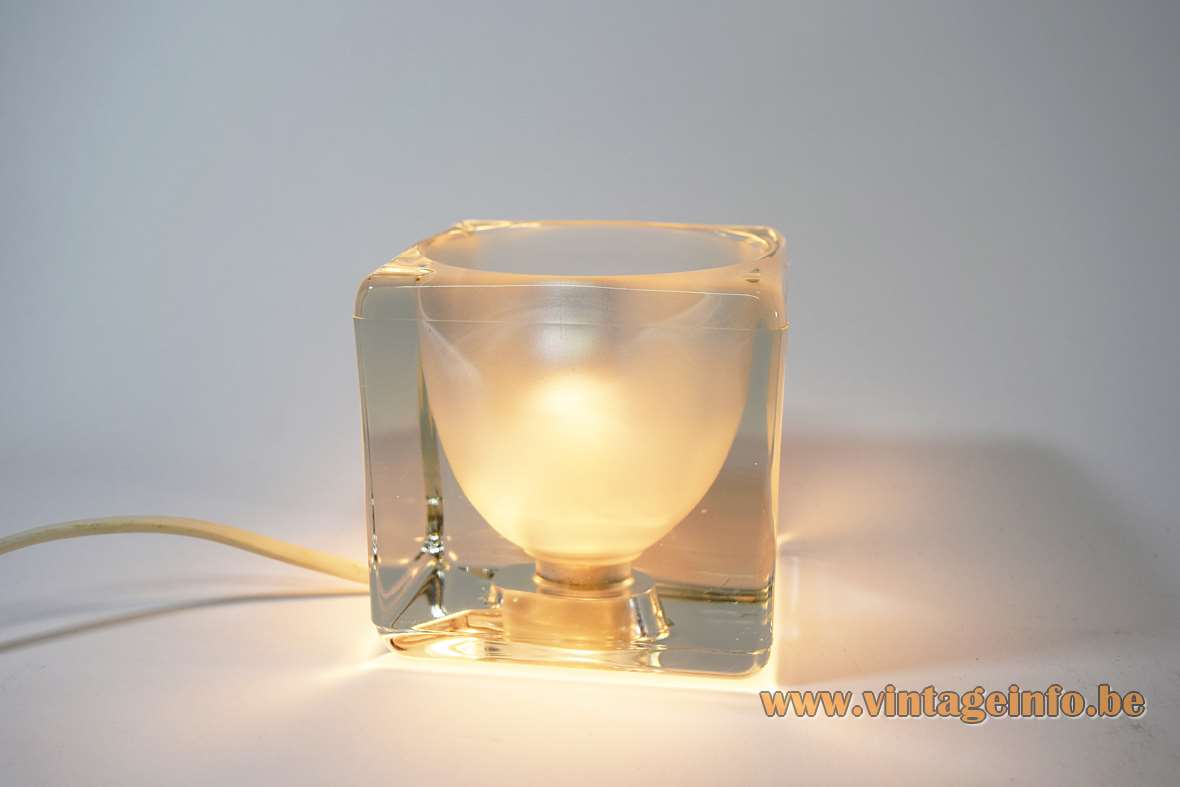 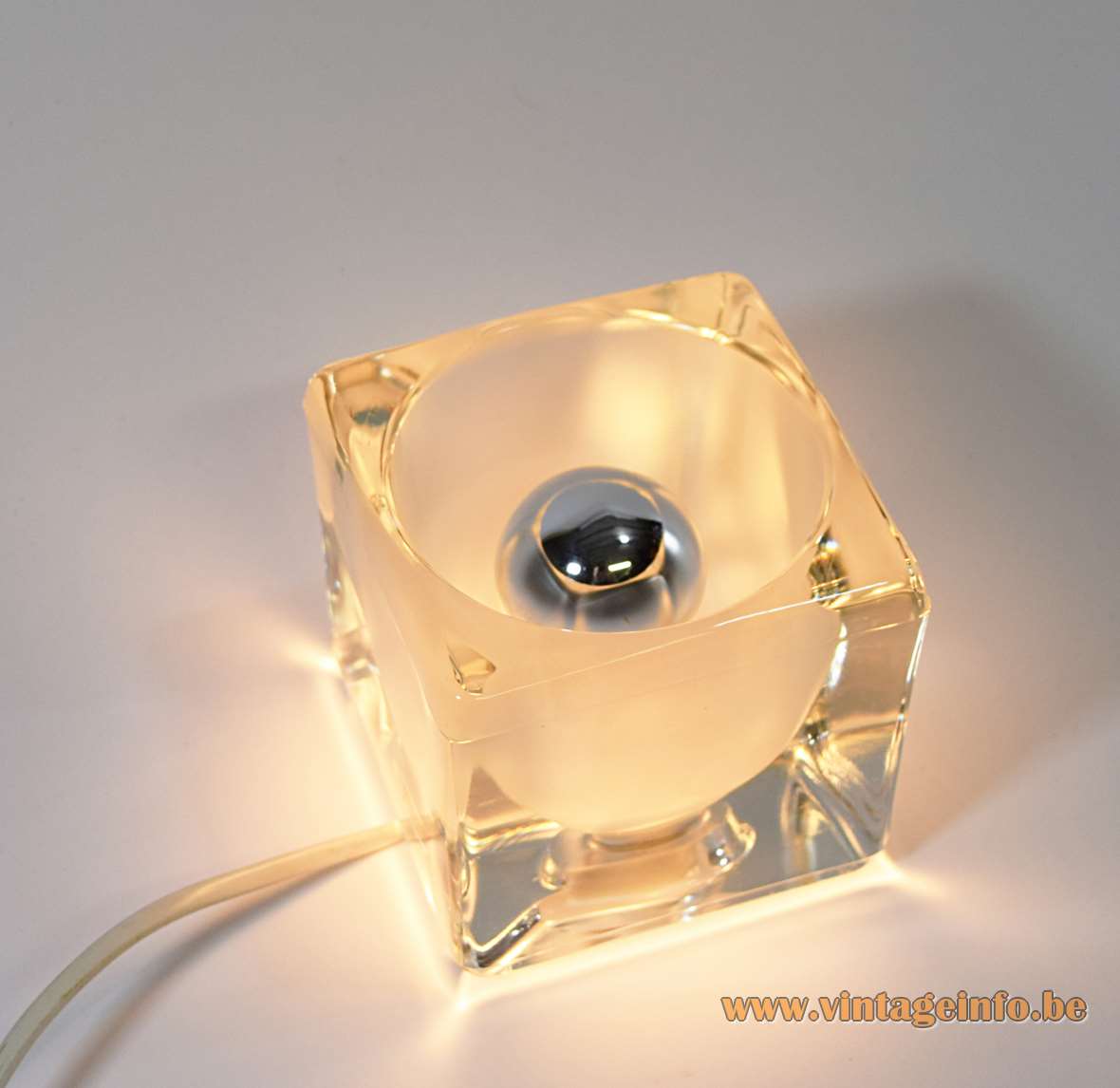 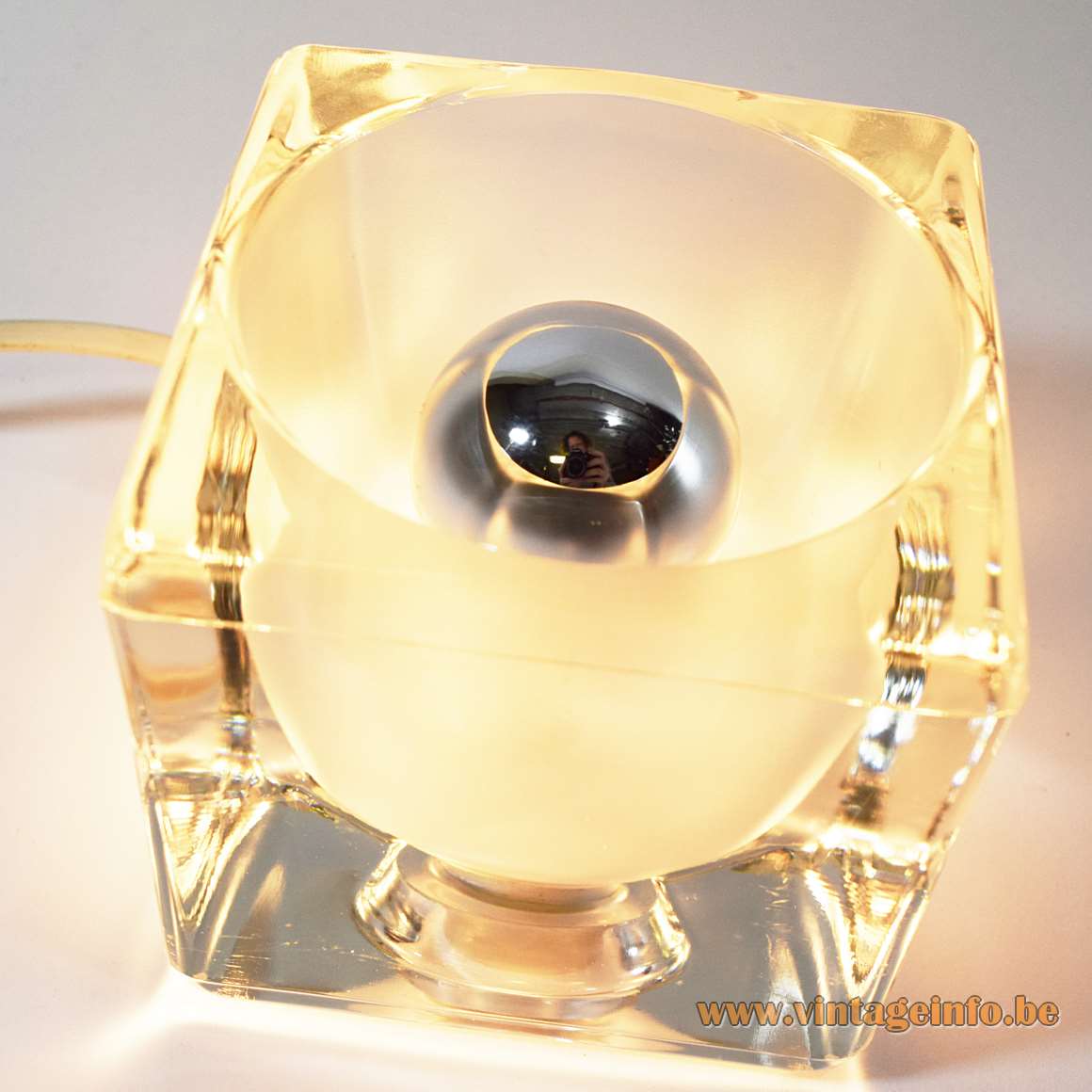 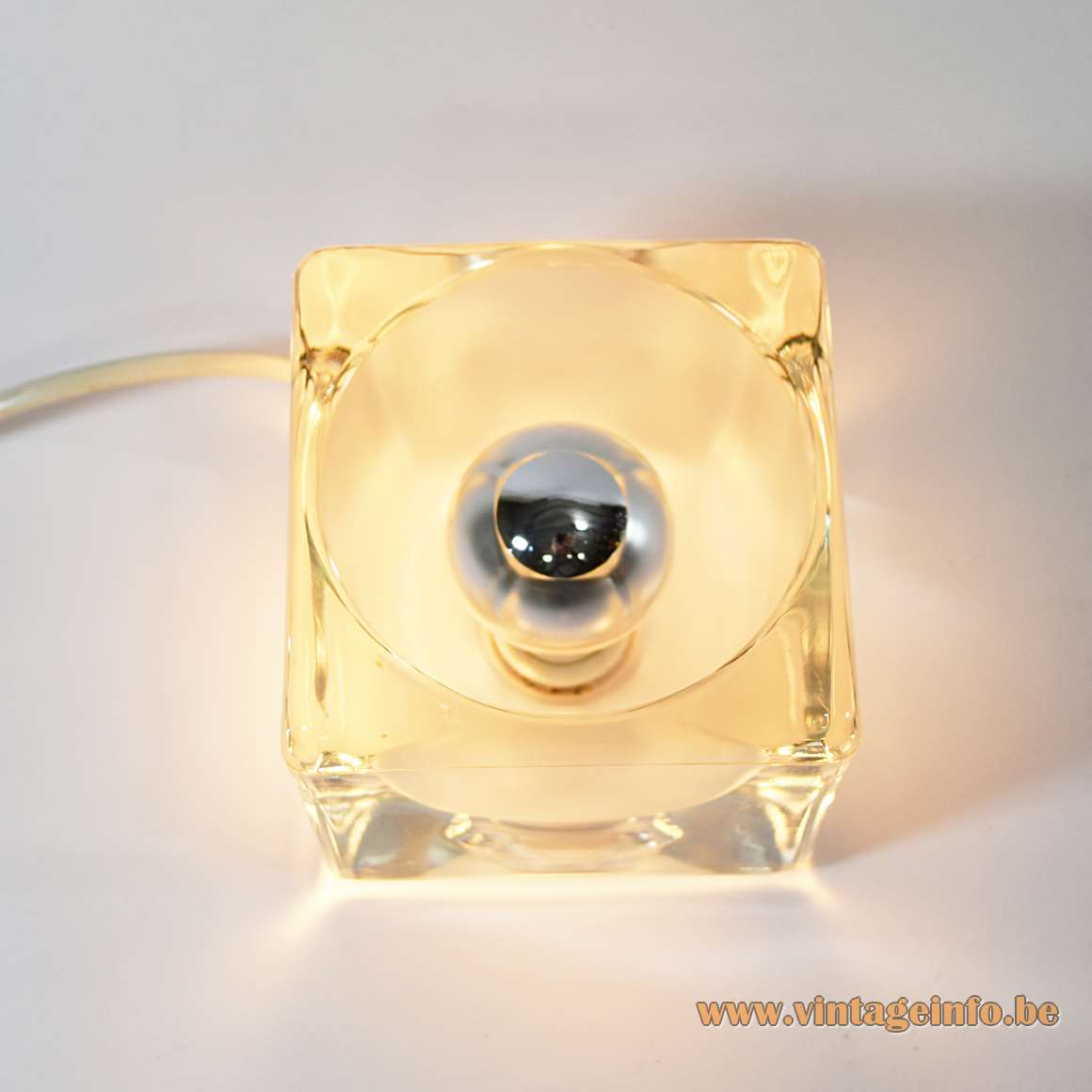 Electricity: 1 bulb E14, 1 x 40 watt maximum, 110/220 volt.
Any type of light bulb can be used, not a specific one preferred. For this setup a silver capped light bulb was used.

Other versions: This Peill + Putzler ice cube table lamp exists in several versions, all cubic. This lamp is model number TA14. Also a more rounded version exists and several versions with an extra square base.

These table lamps were designed in 1972 and were named Lichtwürfel (Light Cube).