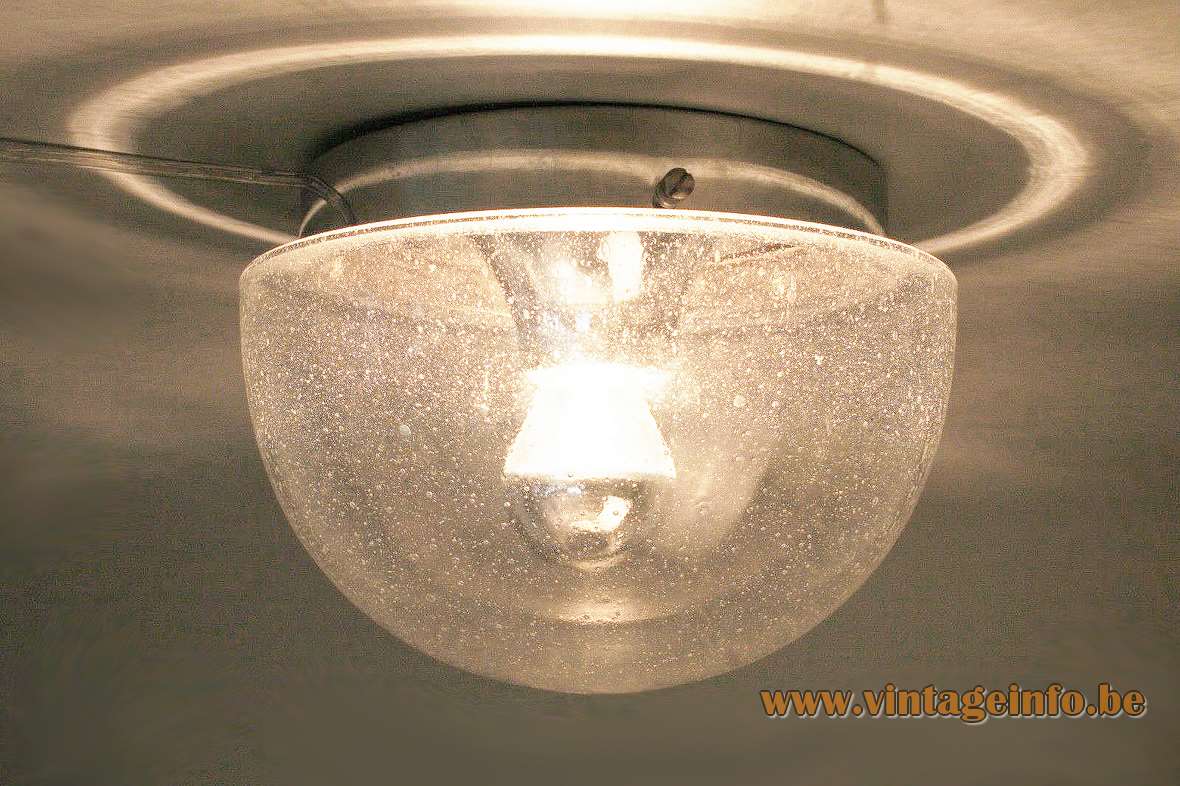 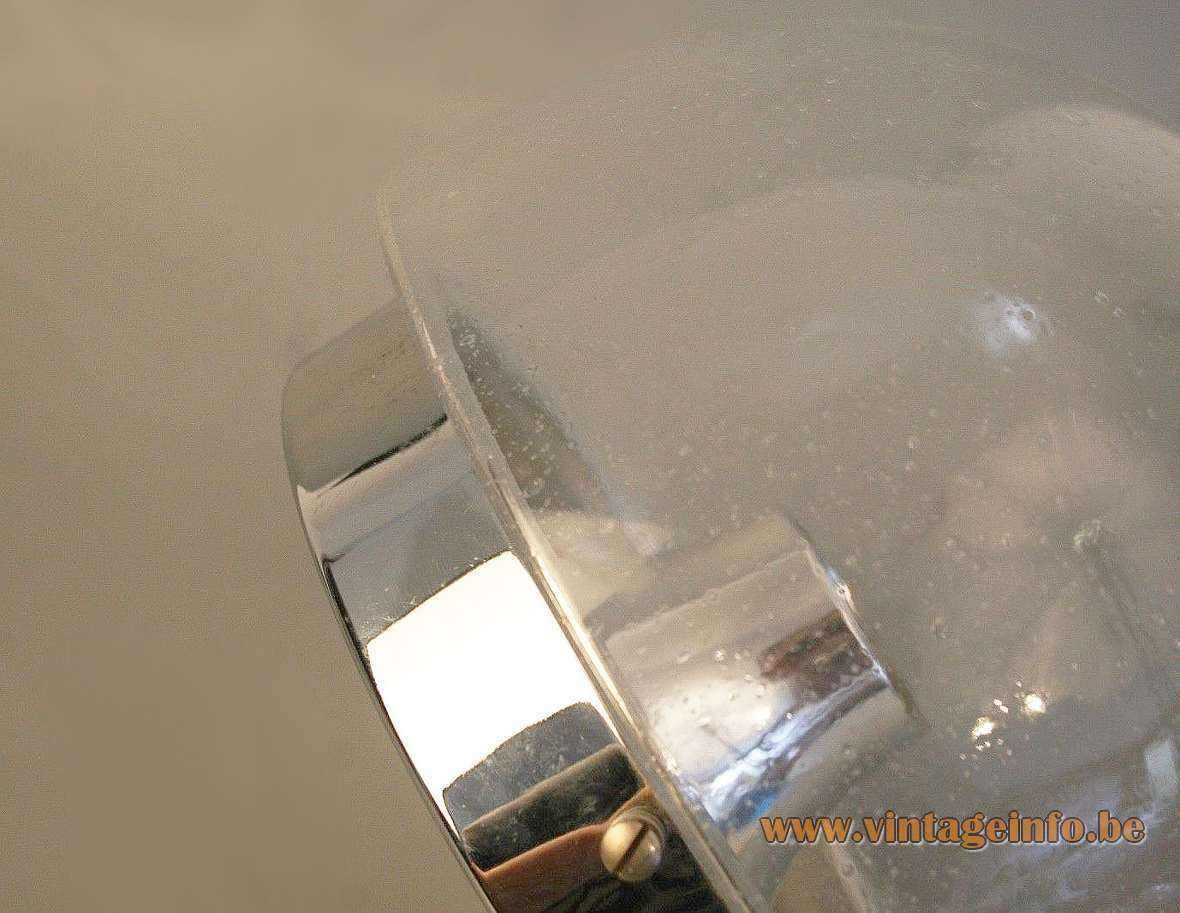 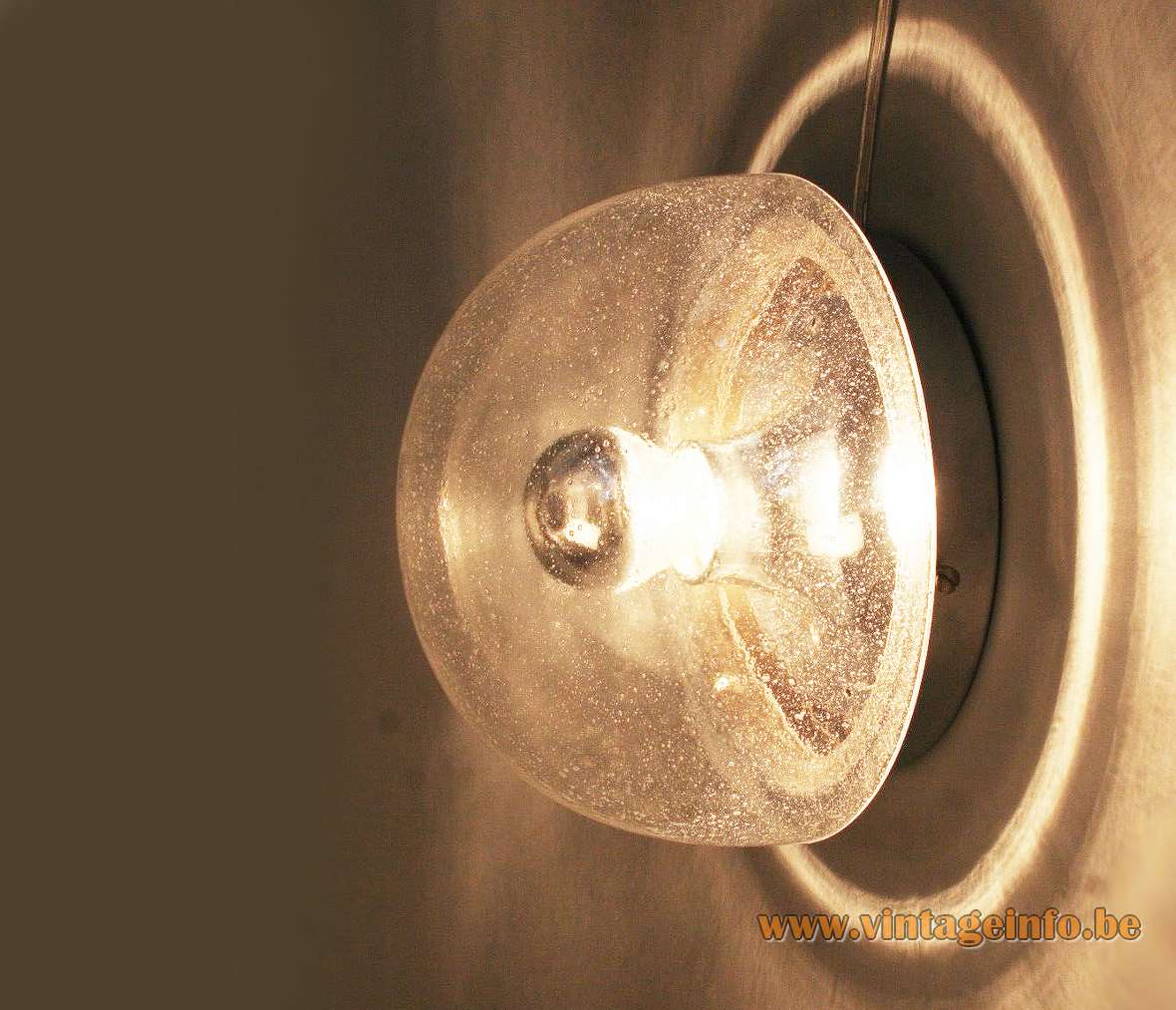 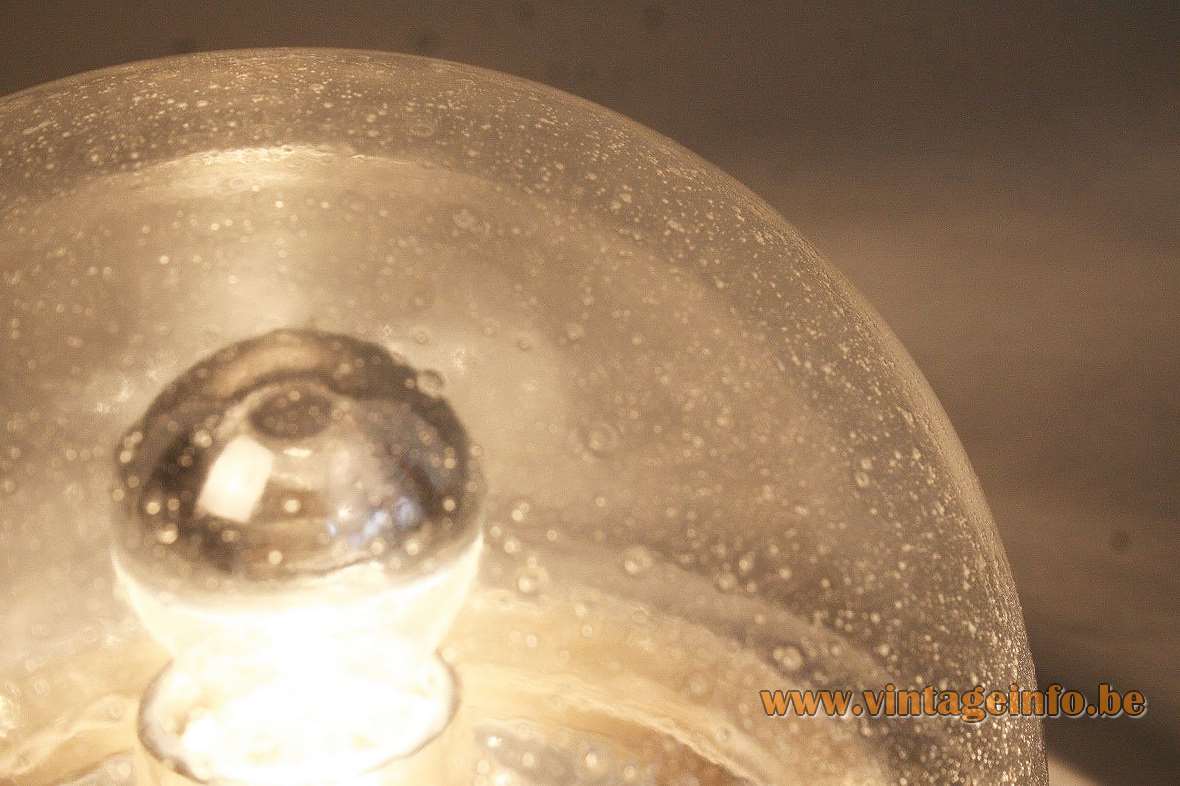 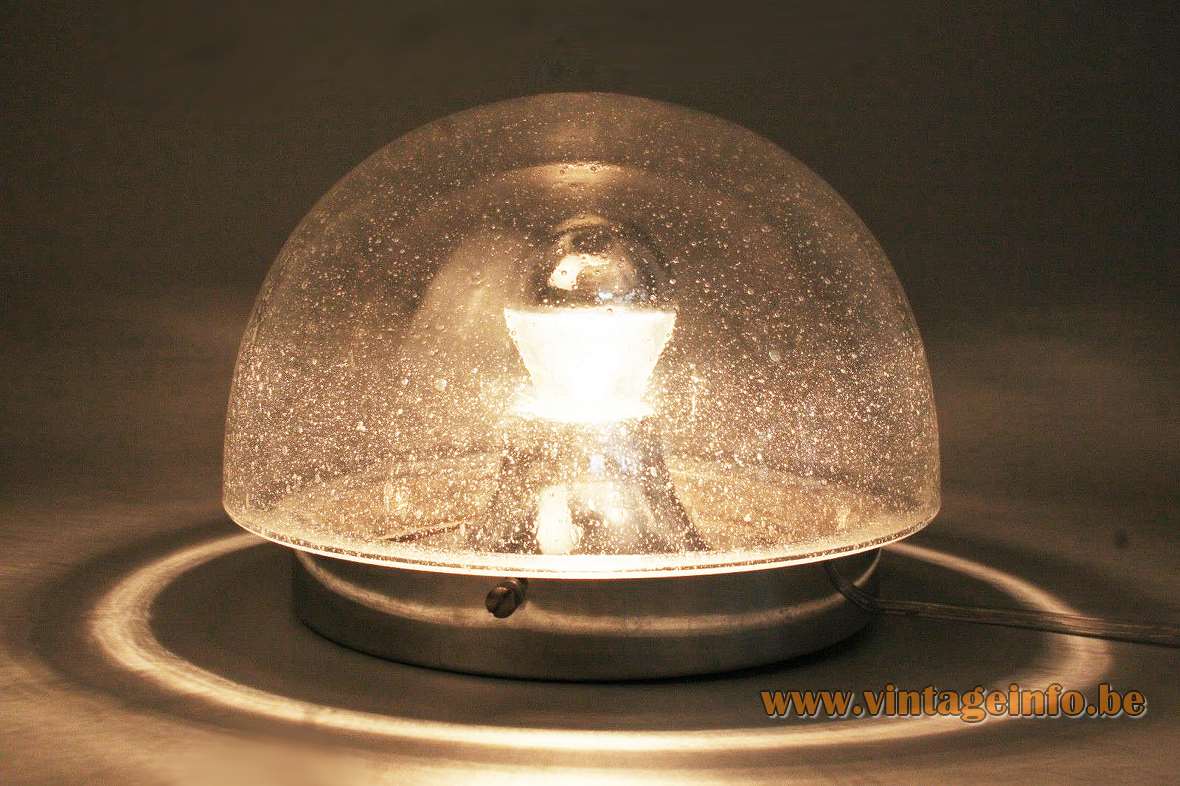 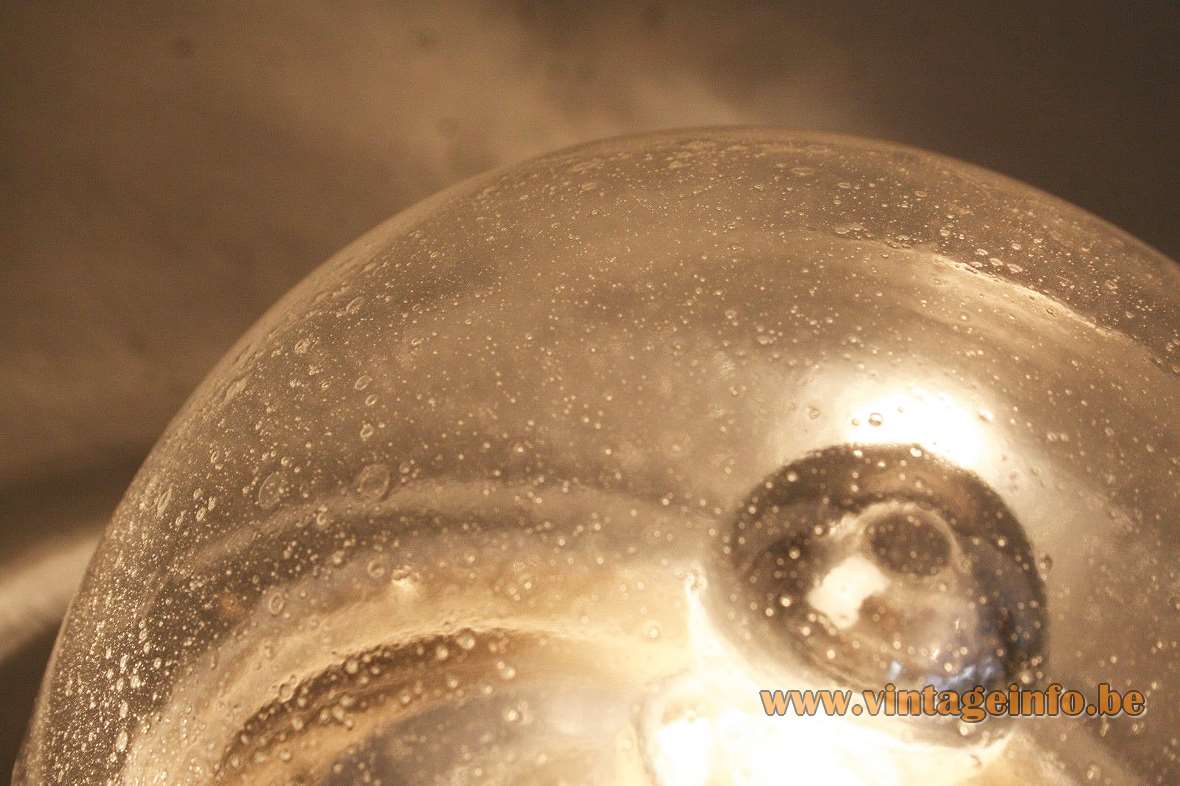 Other versions: This Peill + Putzler bubble glass flush mount exists in several sizes and was also made with amber bubble glass. It can also be used as a wall lamp.

Many other companies produced these type of flush mounts or wall lamps. HOSO Hoffmeister, also from Germany produced an almost similar, conical one. You can find it over here.