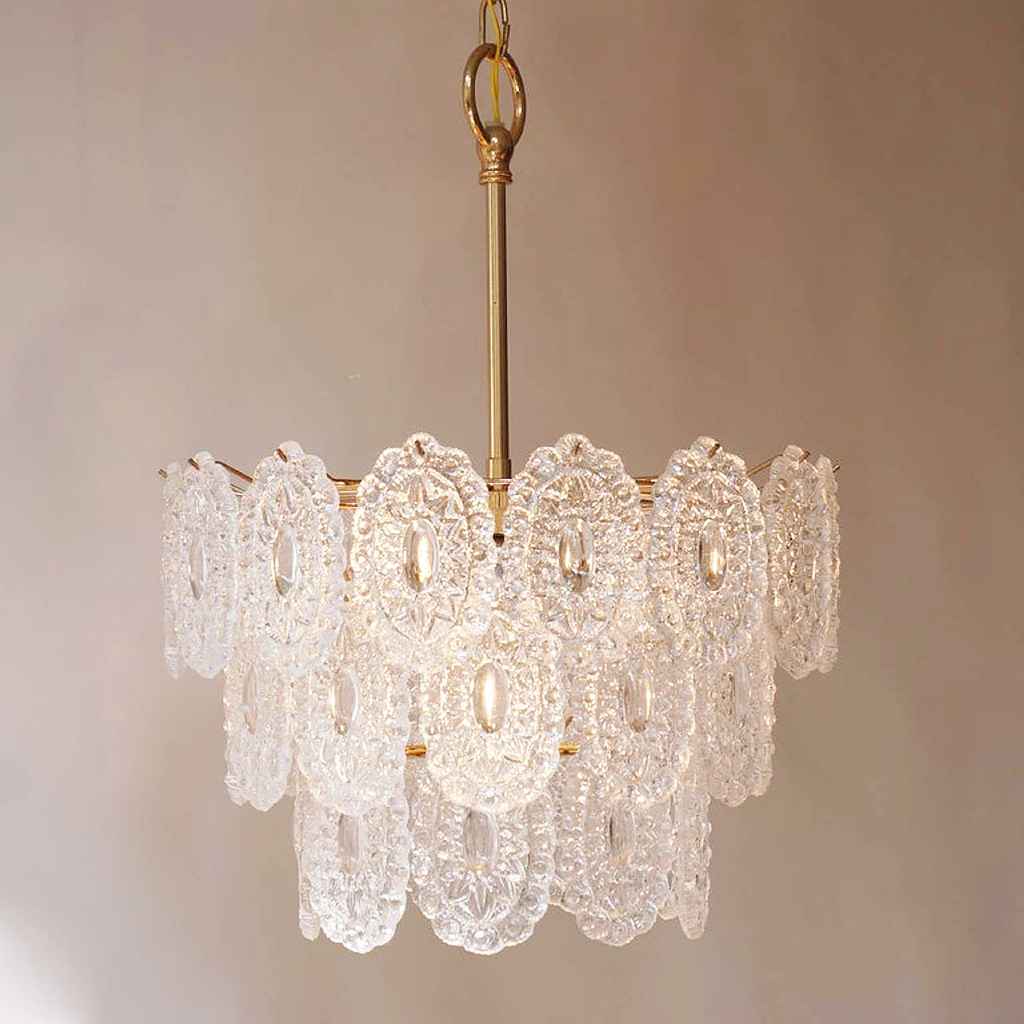 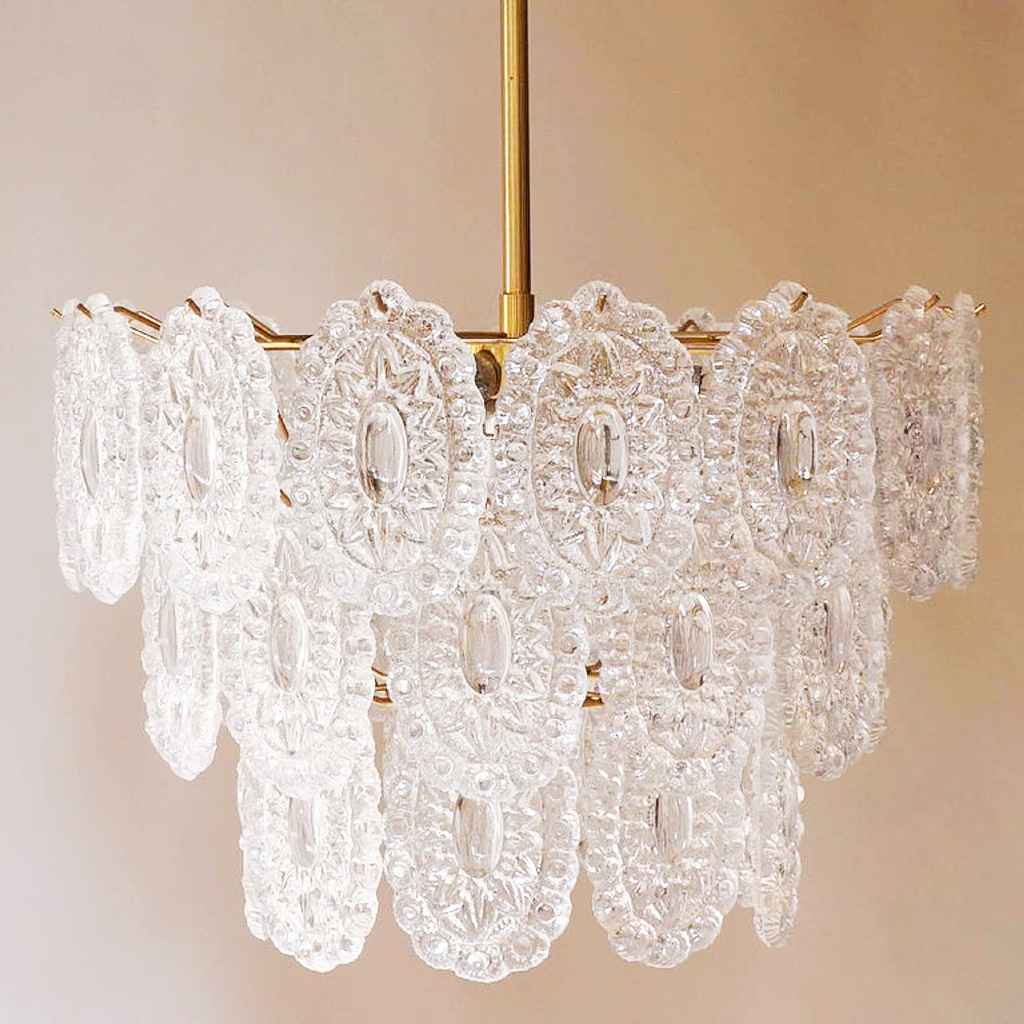 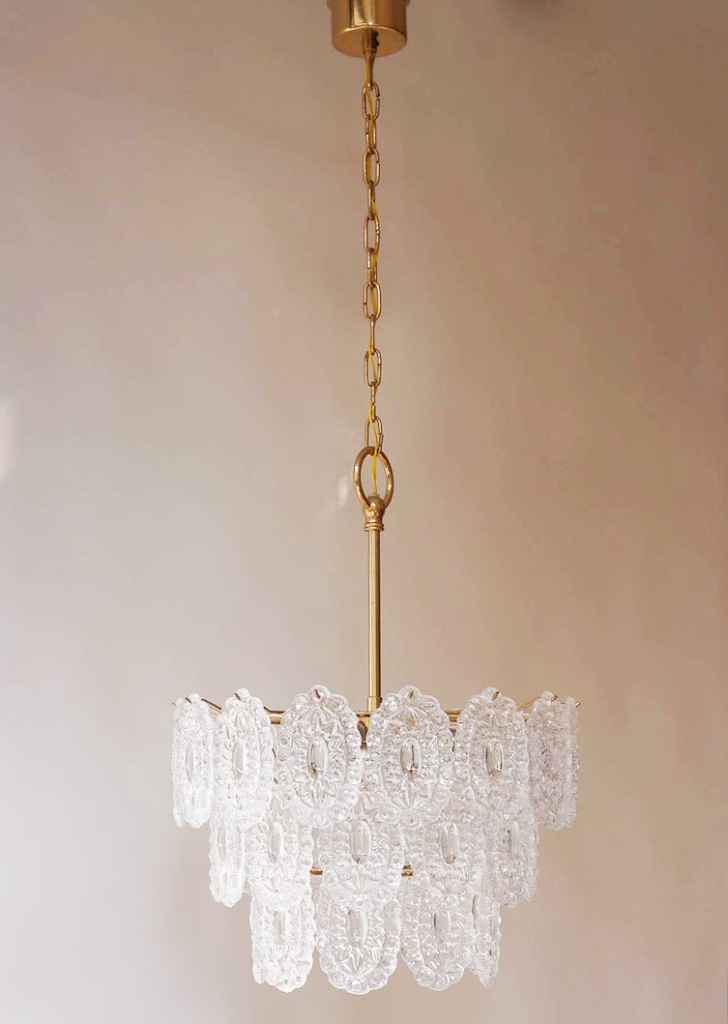 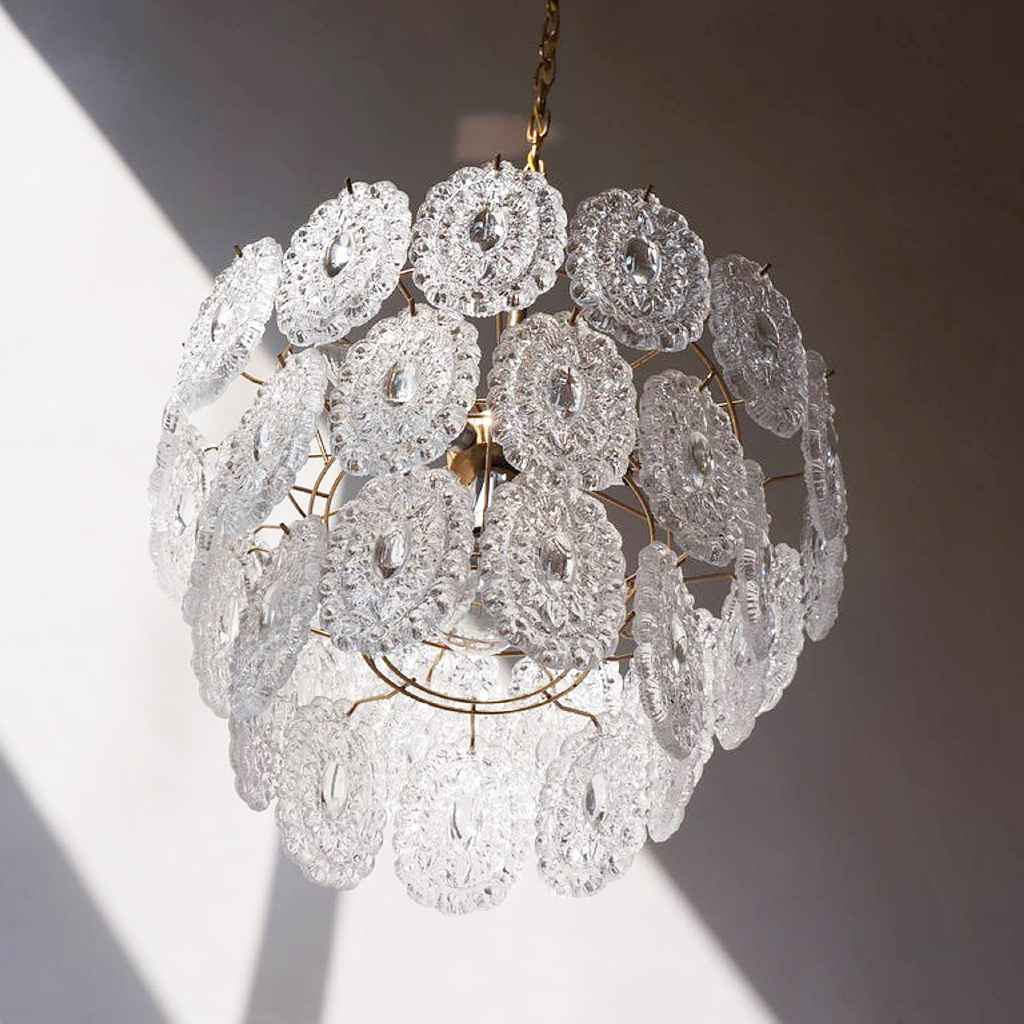 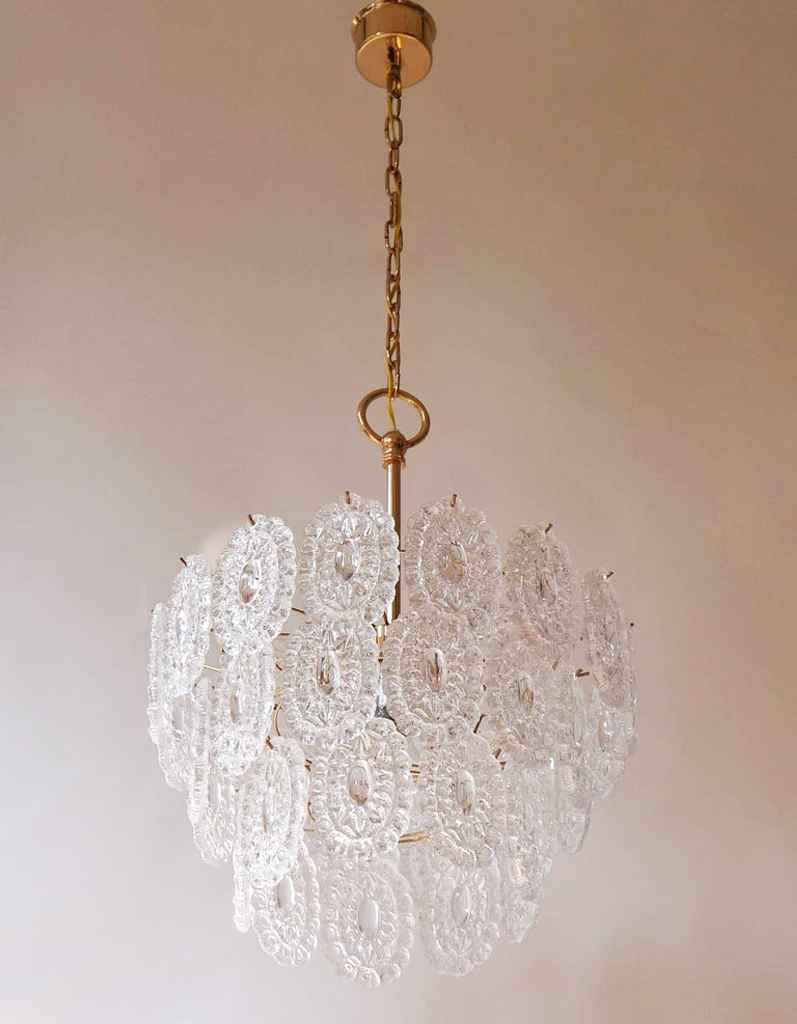 Other versions: This Massive rosette crystal glass chandelier exists in several variations and sizes. Also a chrome version and wall lamps were made.

Made in the style of the famous Murano chandeliers with hand blown round discs in many colours. These discs are made of pressed crystal glass and are all the same. The glass was in all probability made by the Val Saint Lambert factory also from Belgium. The companies often worked together before. For instance, round pressed glass discs were made for a Sputnik chandelier sold by Massive and S.A. Boulanger. You can find it over here.

Chandeliers in this style were also made by the German company OTT International. They have more rectangular discs, but with a comparable design.