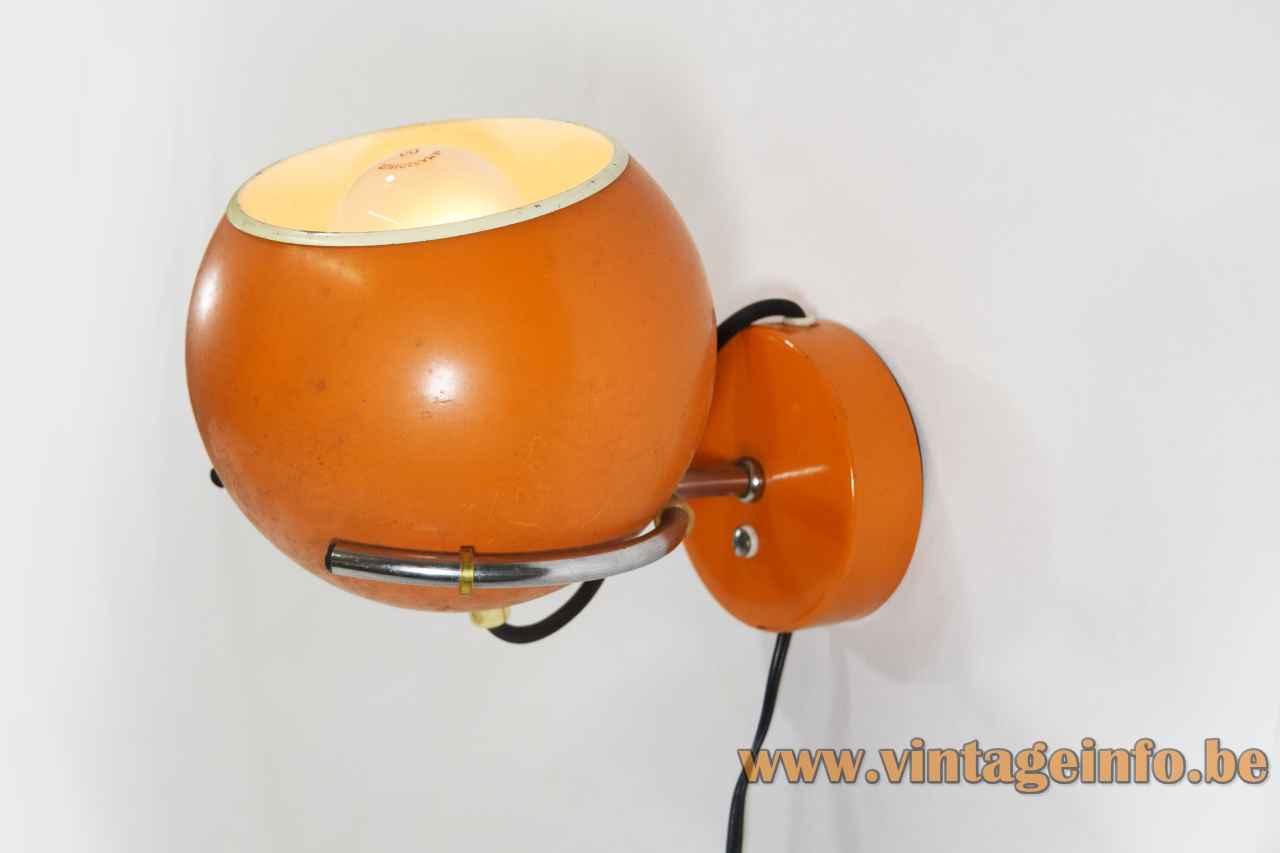 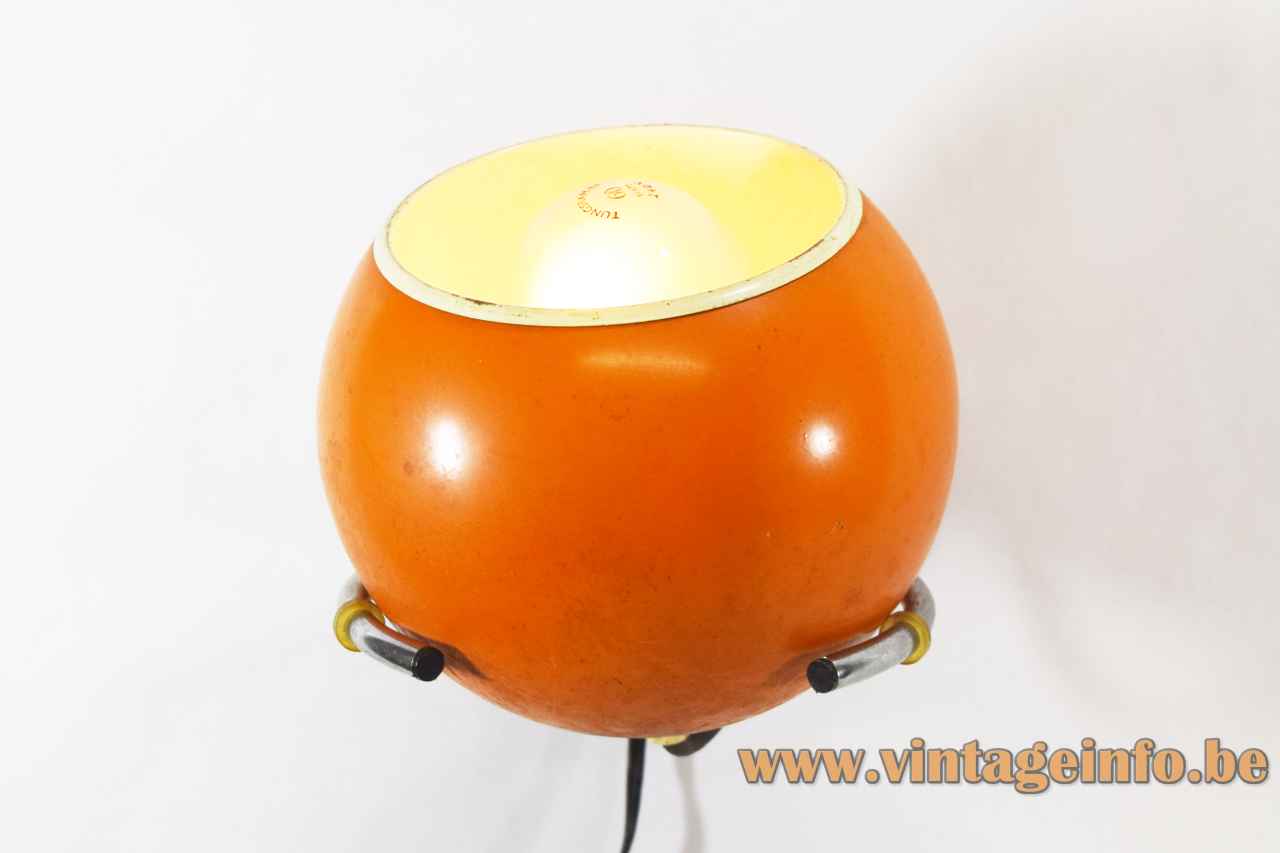 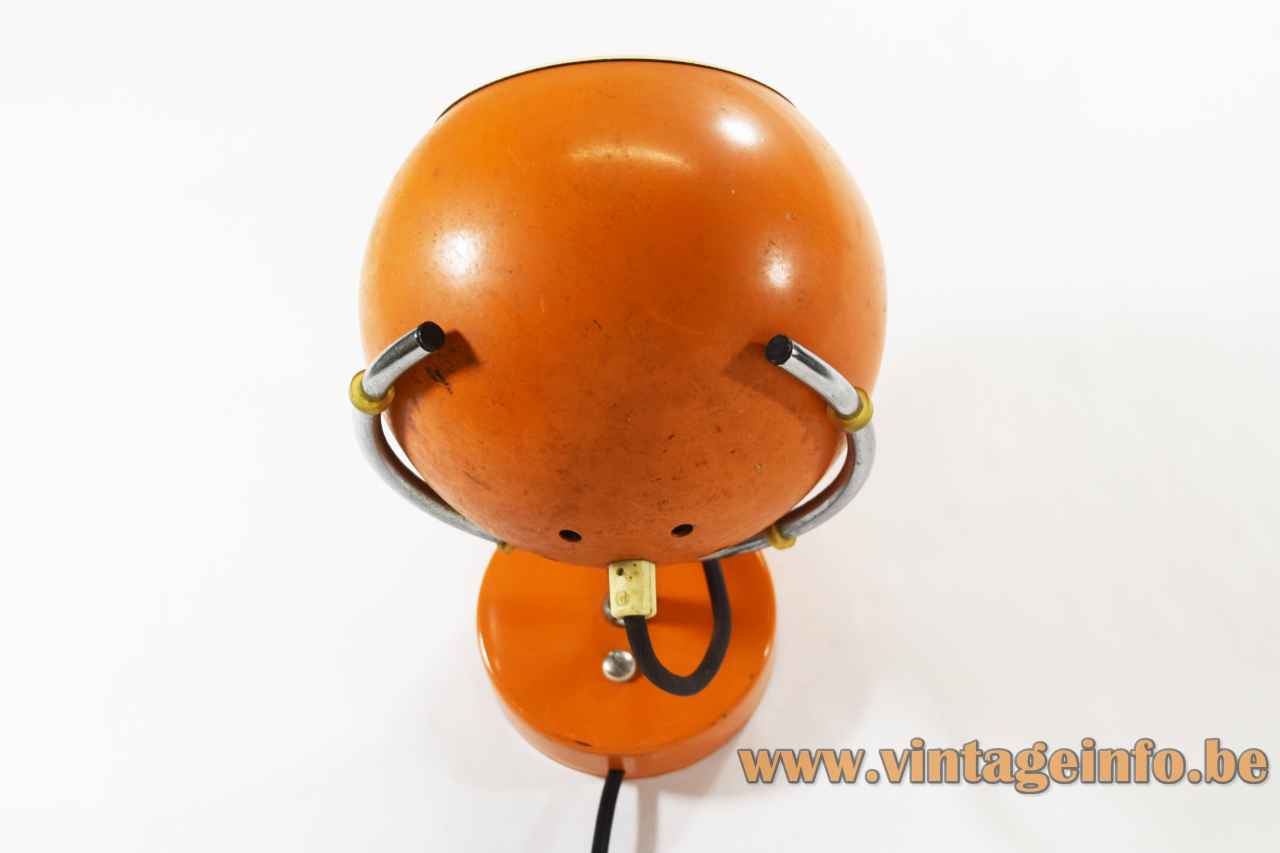 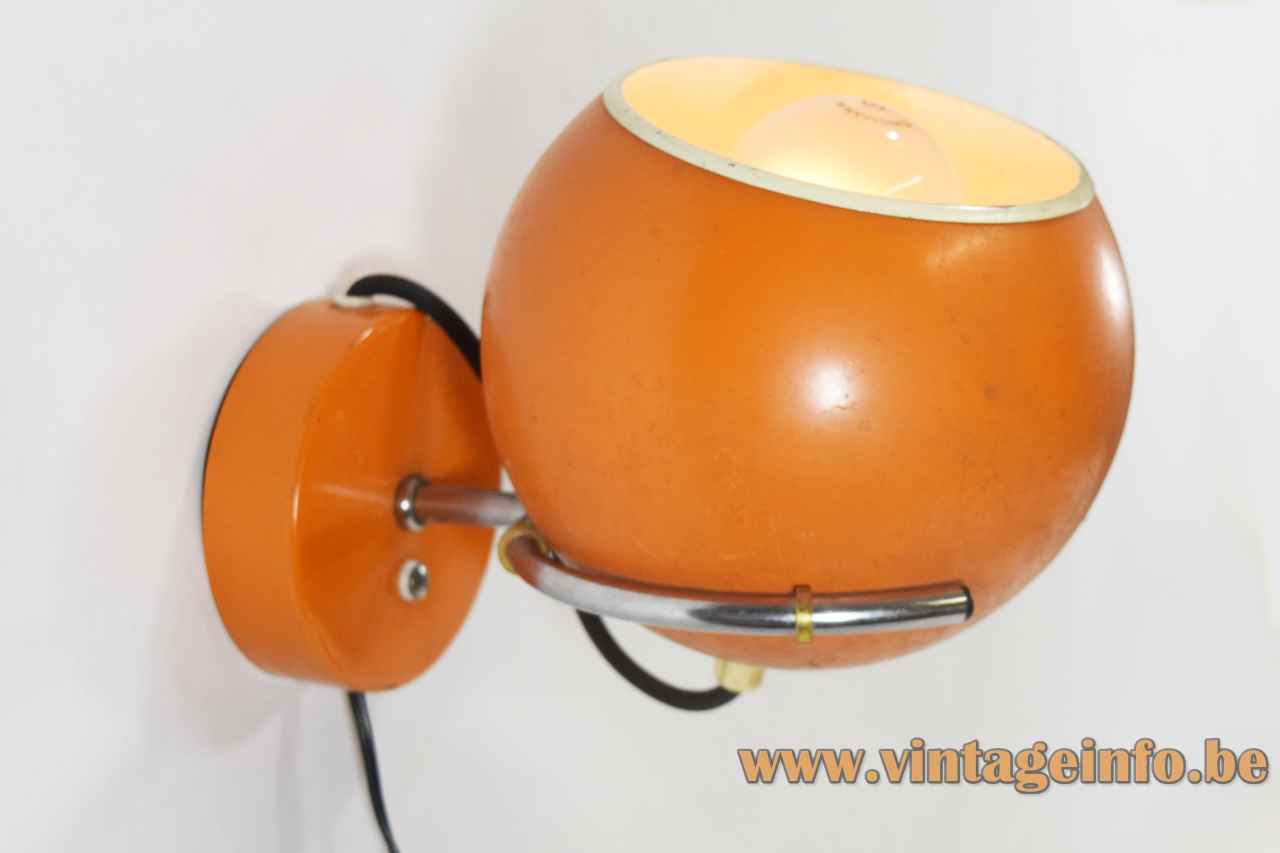 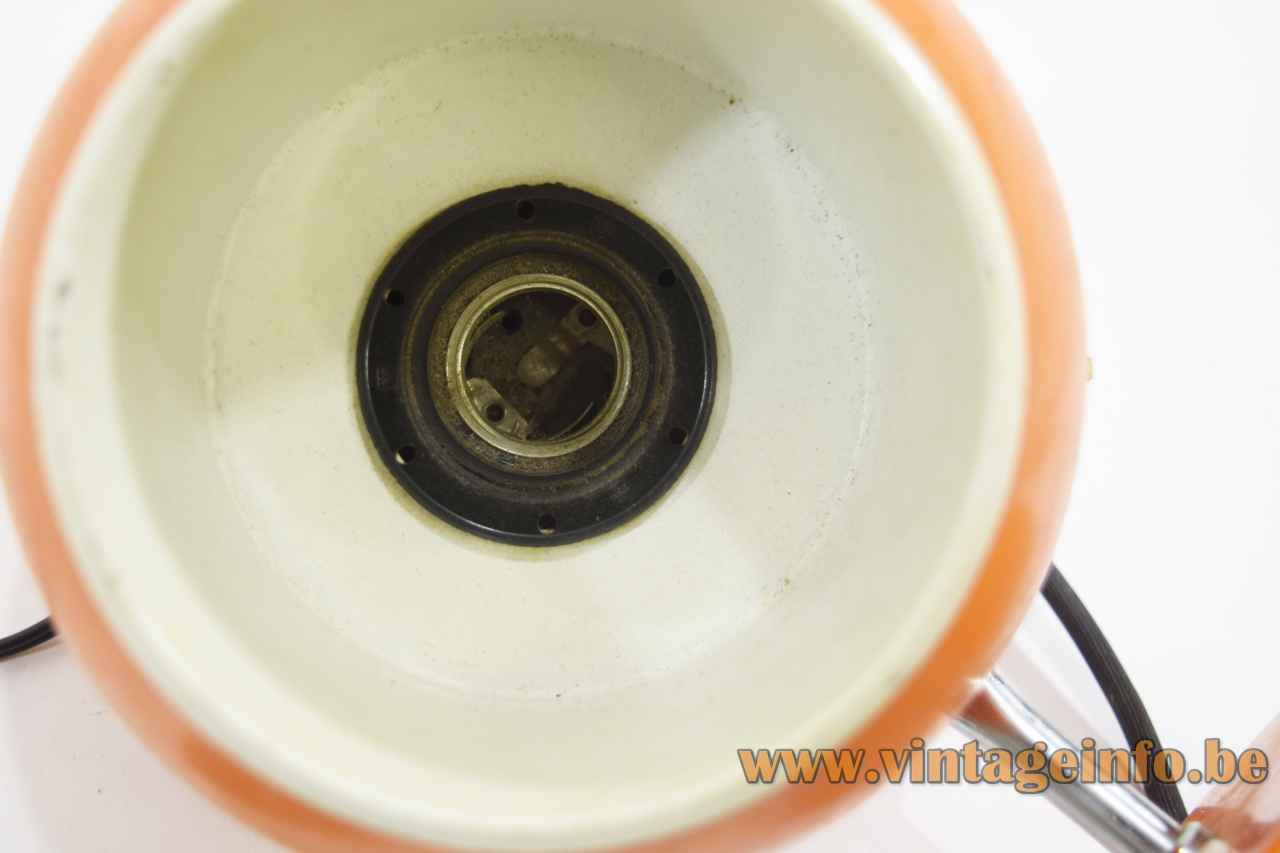 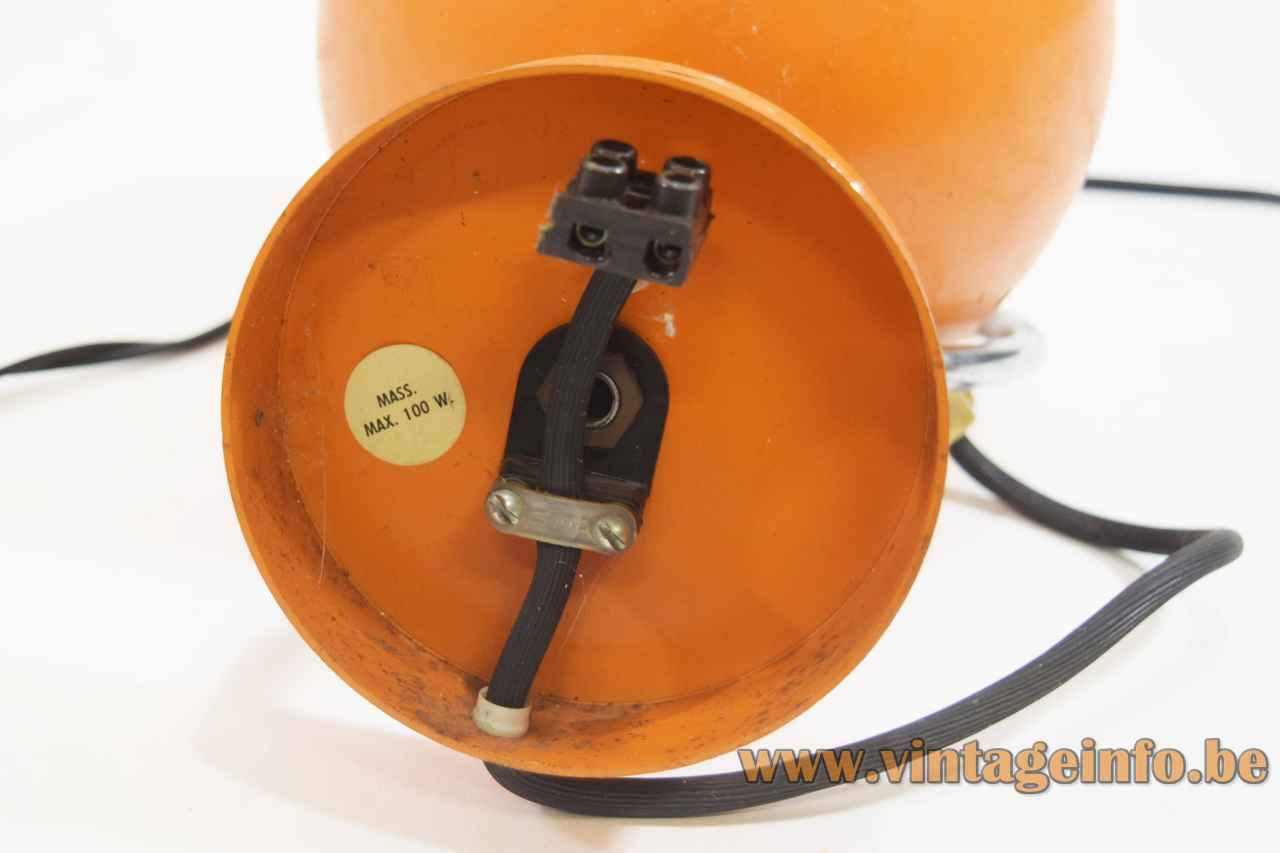 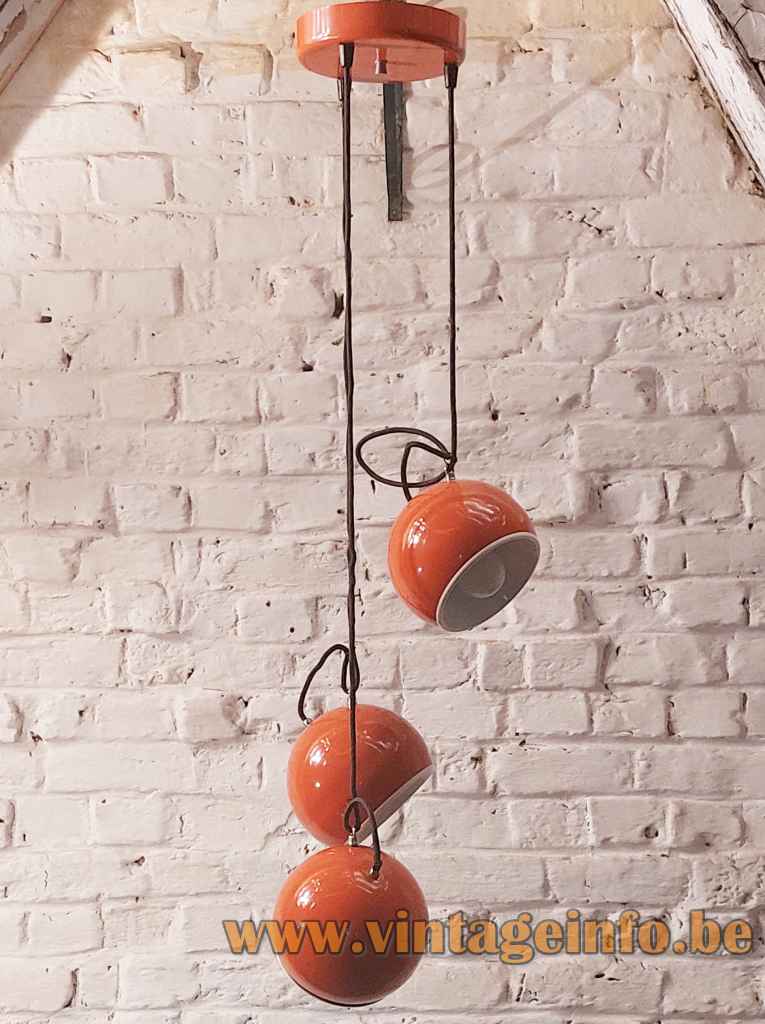 Other version: This Massive globe wall lamp exists in several colours and a few varieties. The globe was used for many other lamps. Most lamps of this series uses a ribbed wire.

These globes are made in the style of the wall lamps model 237 designed by Gino Sarfatti for his company Arteluce. Many companies made similar wall lamps.

Many thanks to Dries for the picture of the triple pendant lamp.