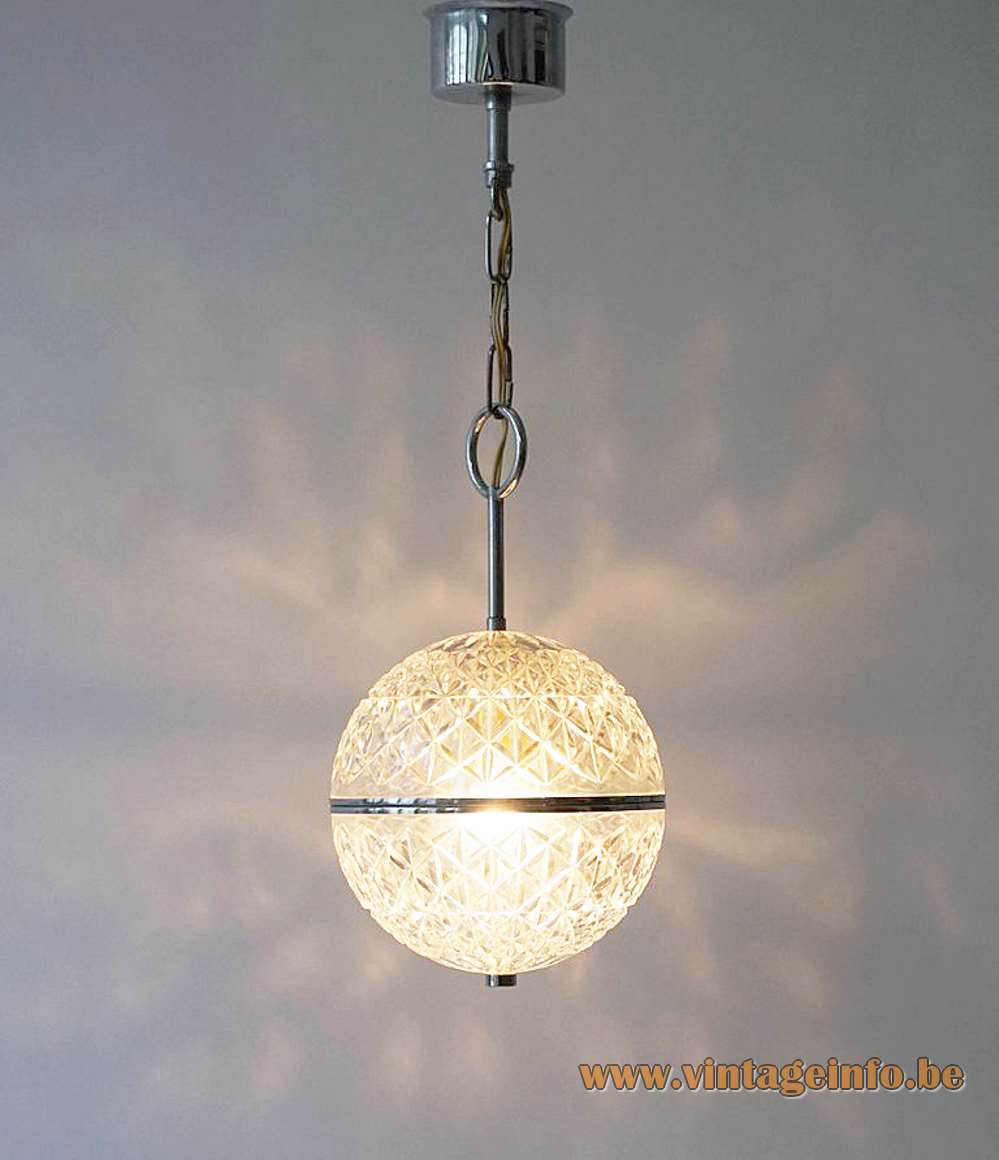 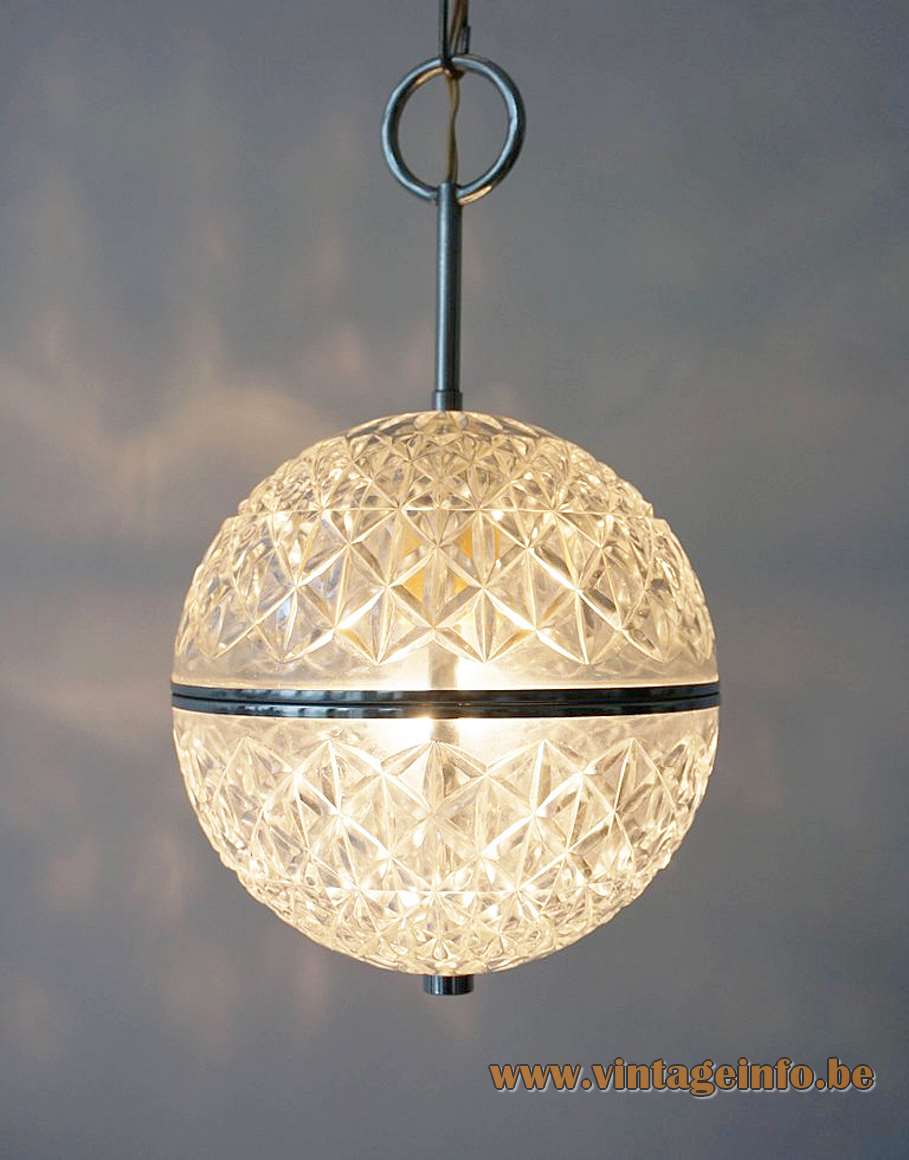 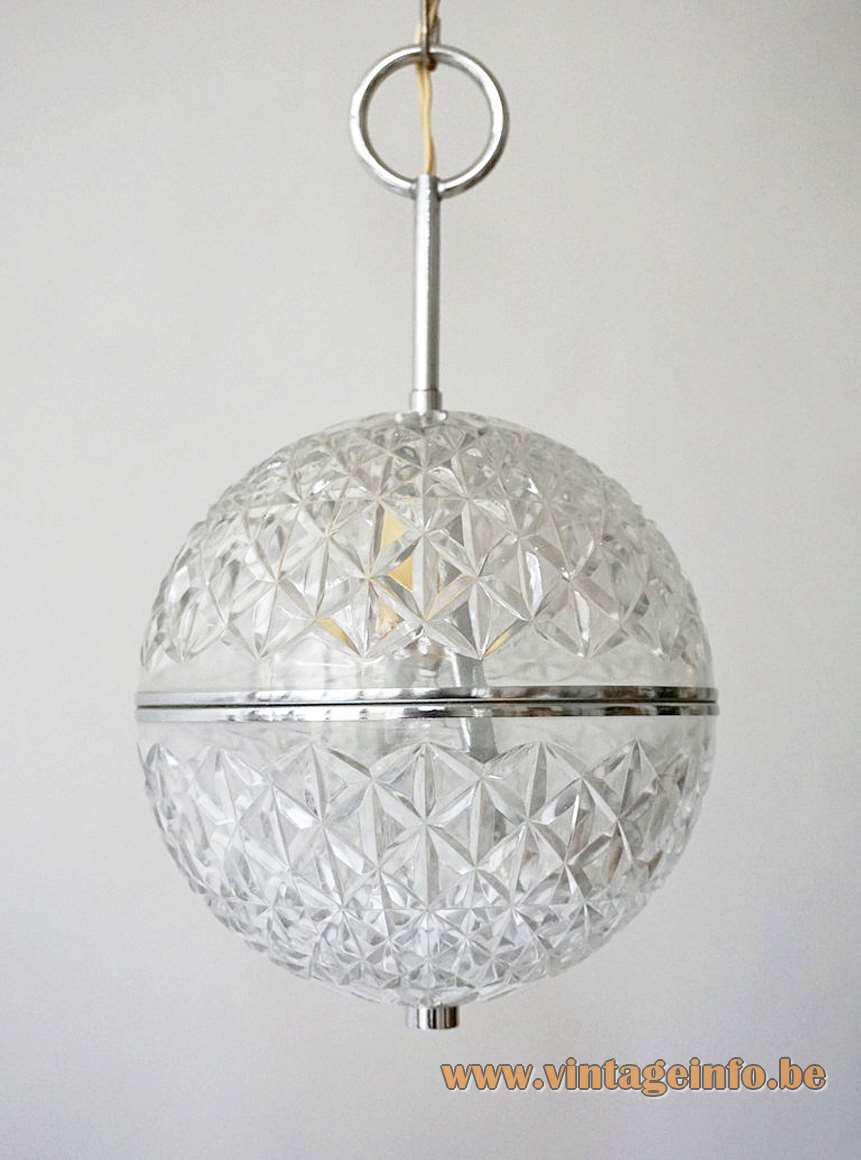 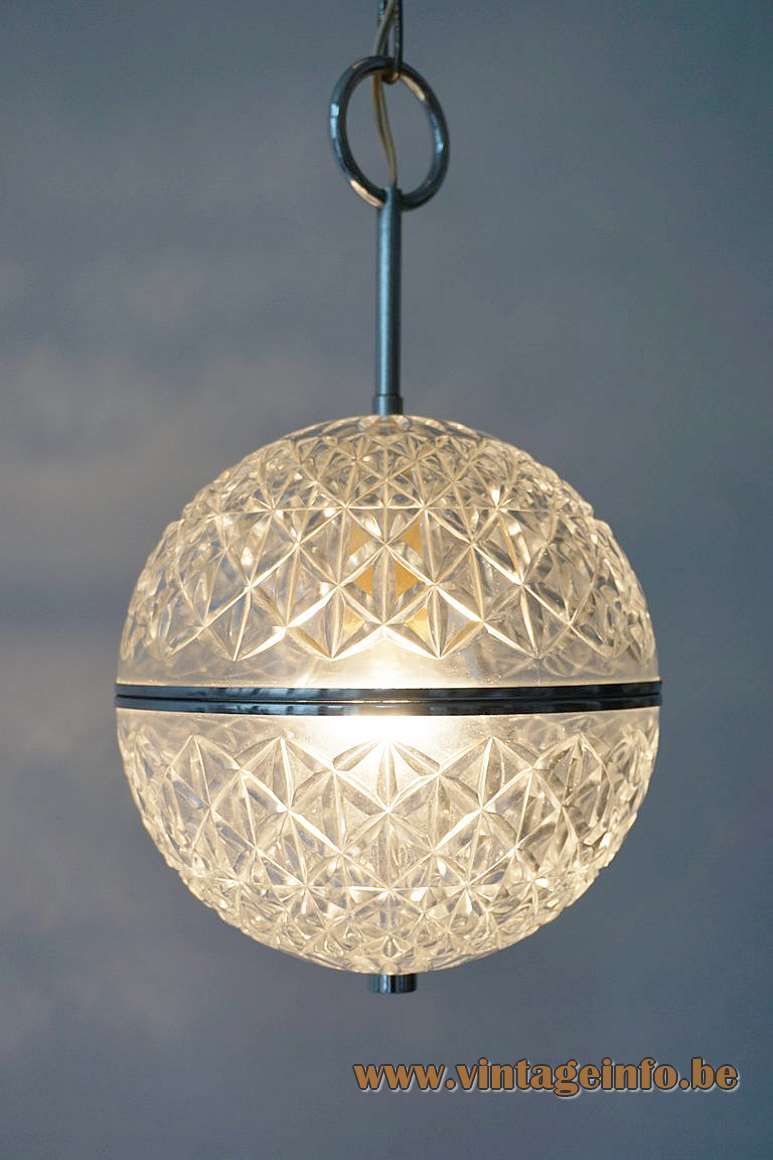 Other versions: It is unknown if this Val Saint Lambert crystal faceted globe pendant lamp was made in several sizes or designs.