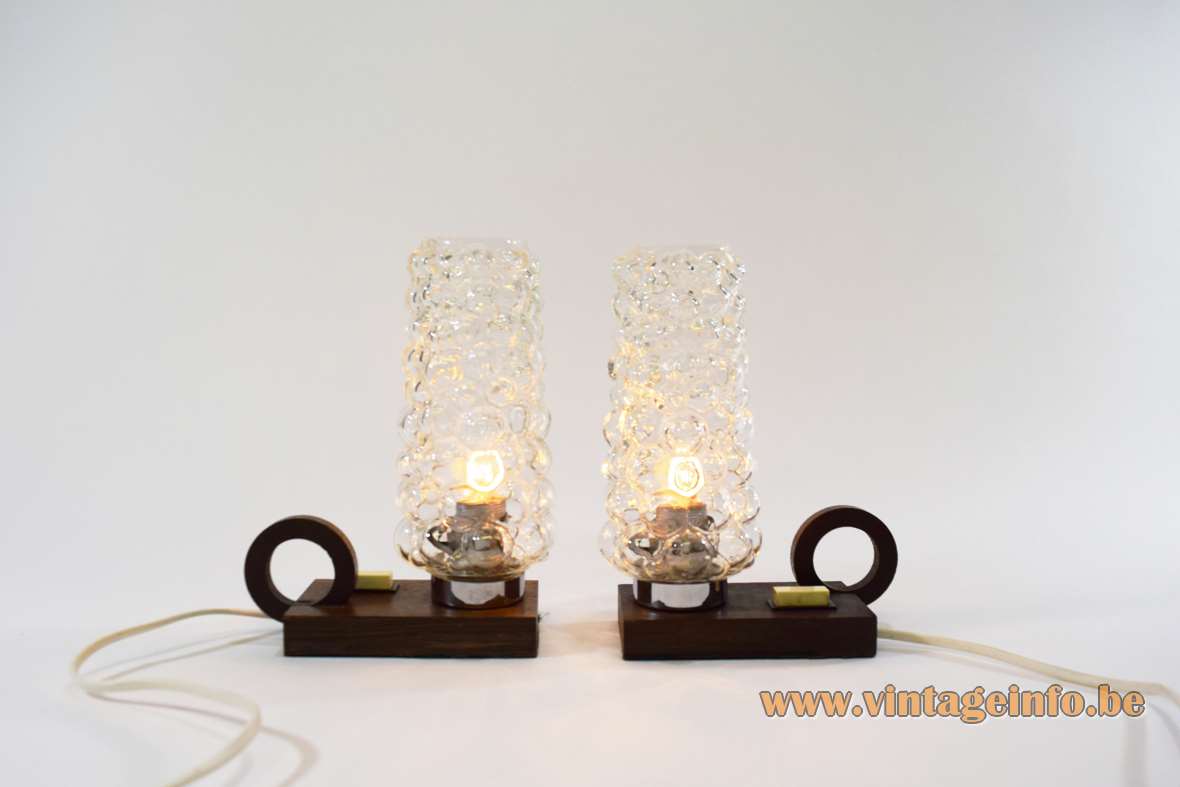 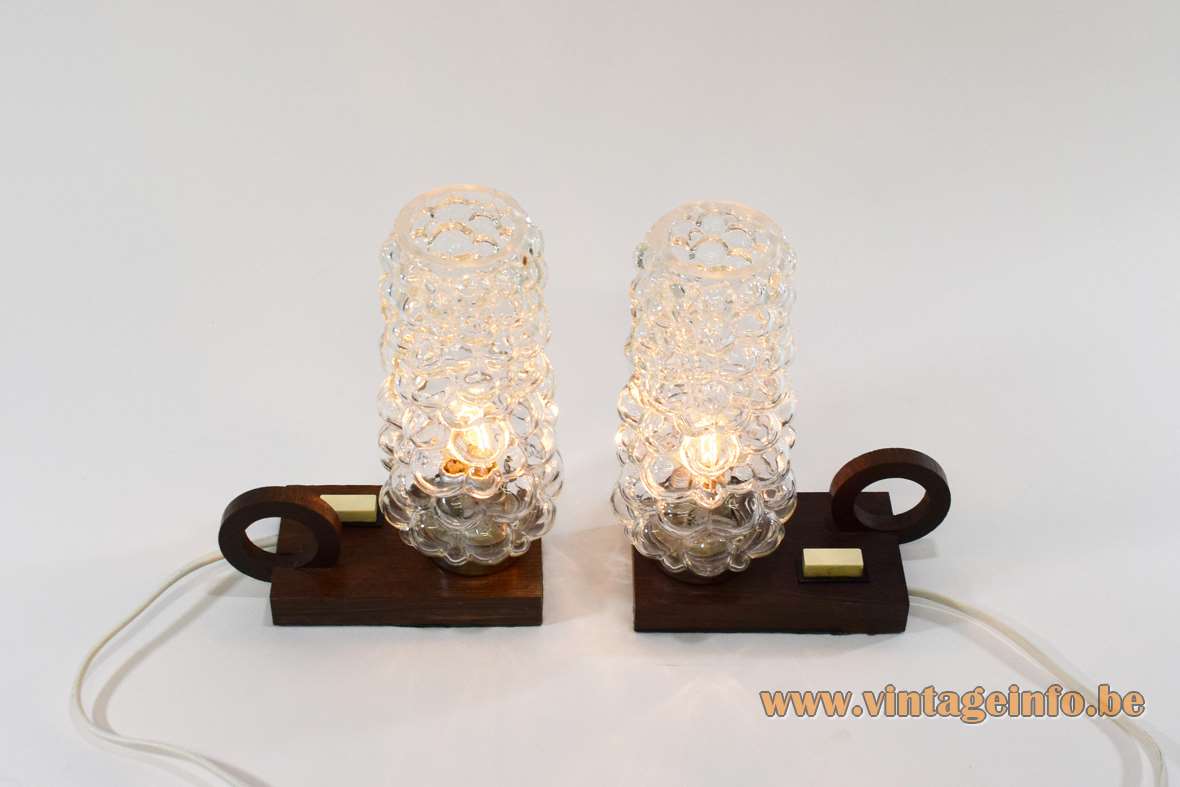 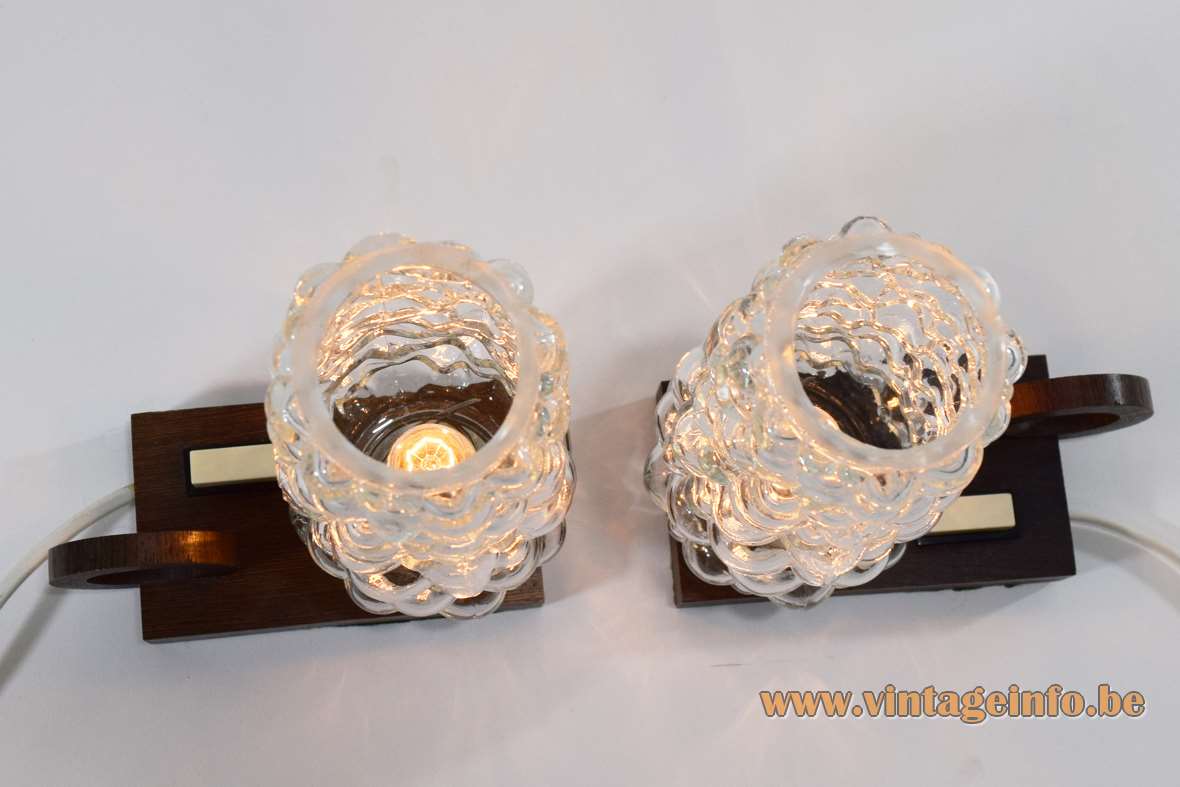 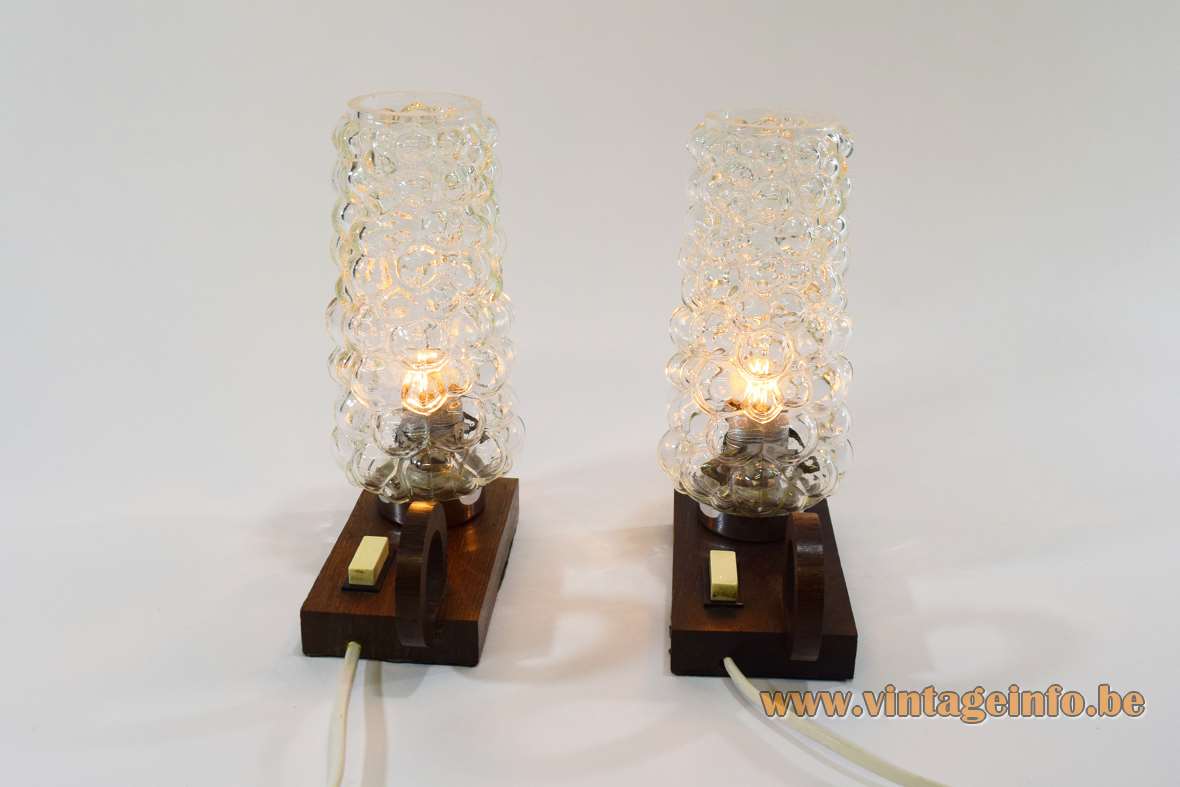 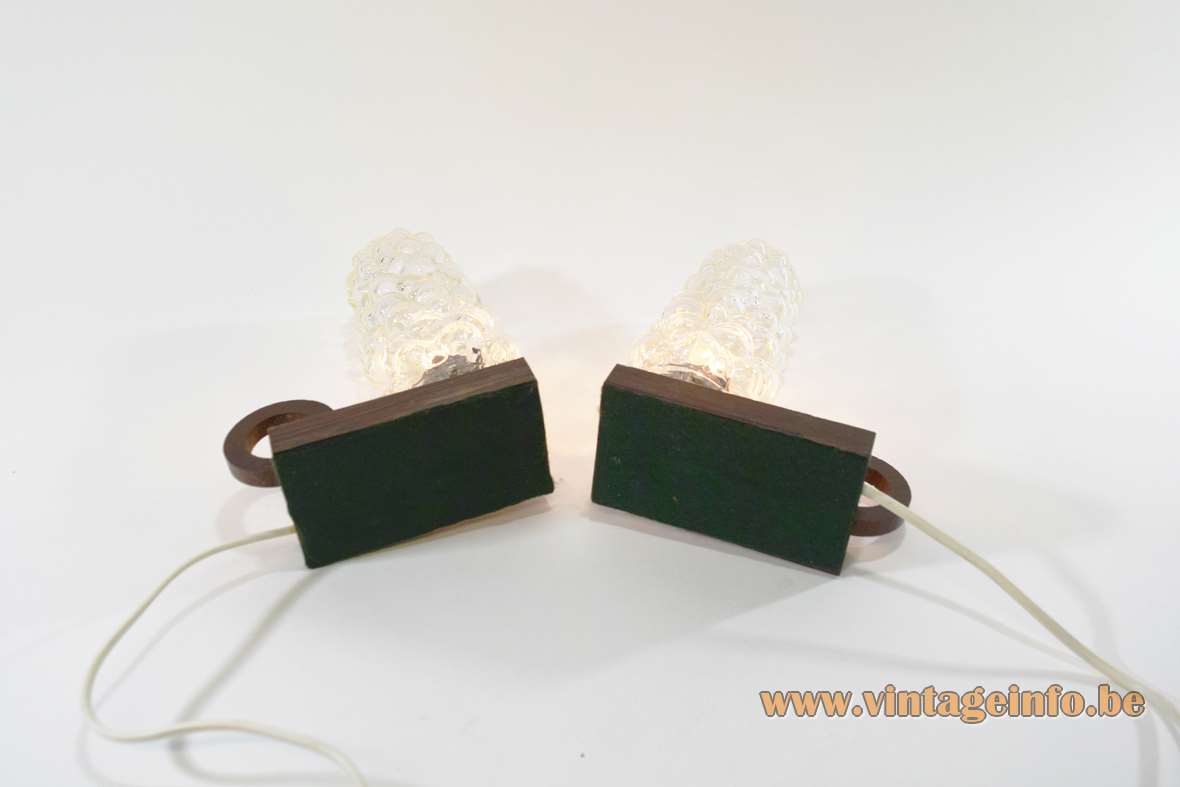 Electricity: 1 bulb E14, 1 x 40 watt maximum, 110/220 volt.
Any type of light bulb can be used, not a specific one preferred.
For this setup clear refrigerator bulbs were used.

Other versions: These Bubble glass bedside table lamps exists with amber glass lampshades. Several different bases were made, whether or not in wood.

Often attributed to Helena Tynell, but these lamps are more or less copies of her design.

Similar lamps were also sold by Fischer Leuchten, IKEA, Brilliant Leuchten and a few others. Many companies made lamps with bubble glass in this style. New ones are made in China. In the 1980s Holzapfel & Hutter sold lamps with the same lampshade, but with a plastic rounded base.