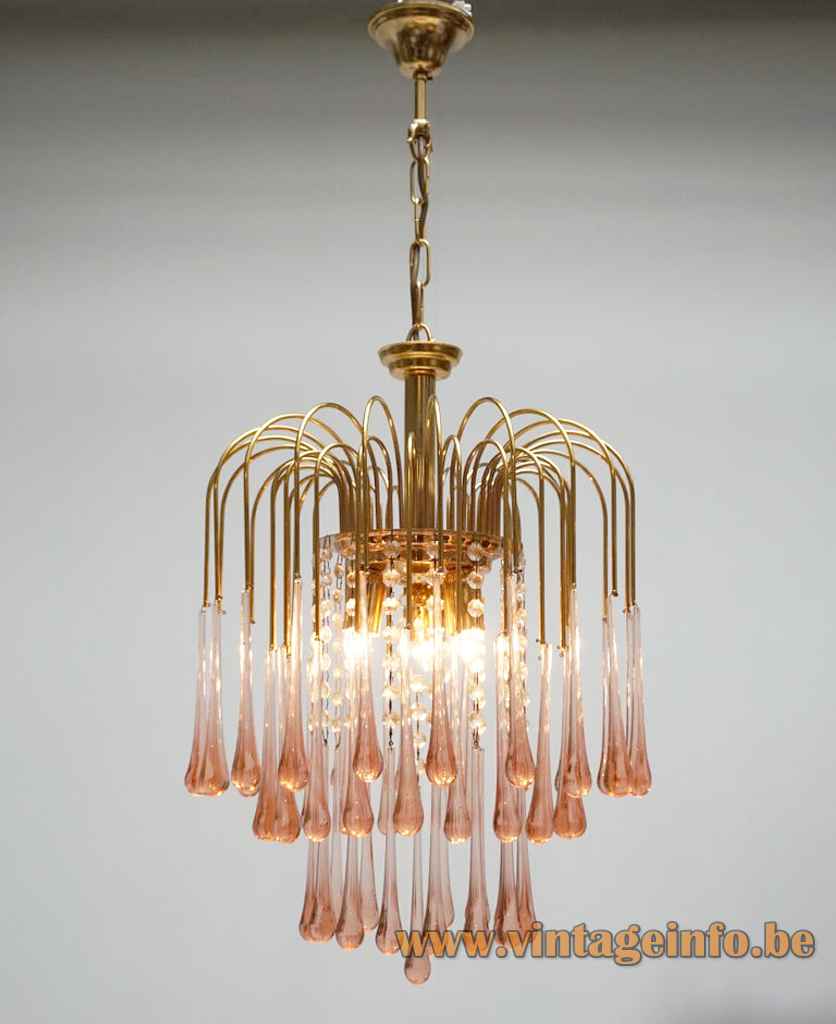 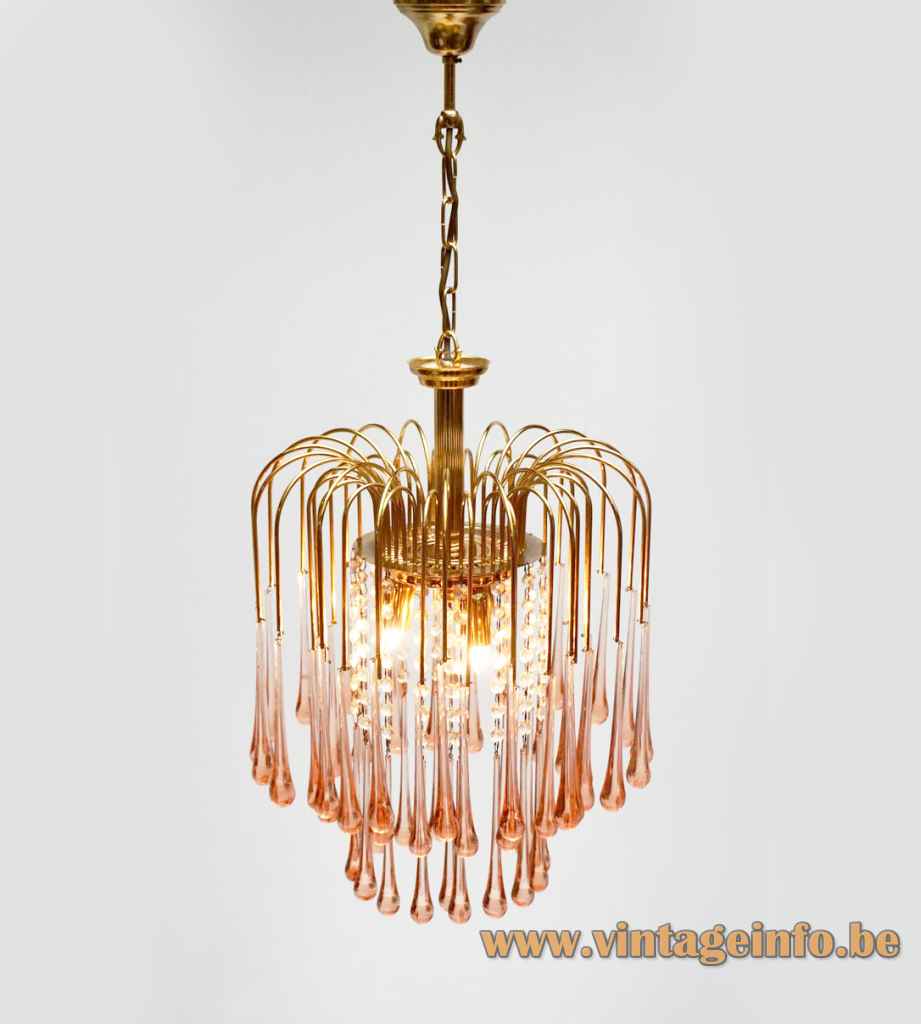 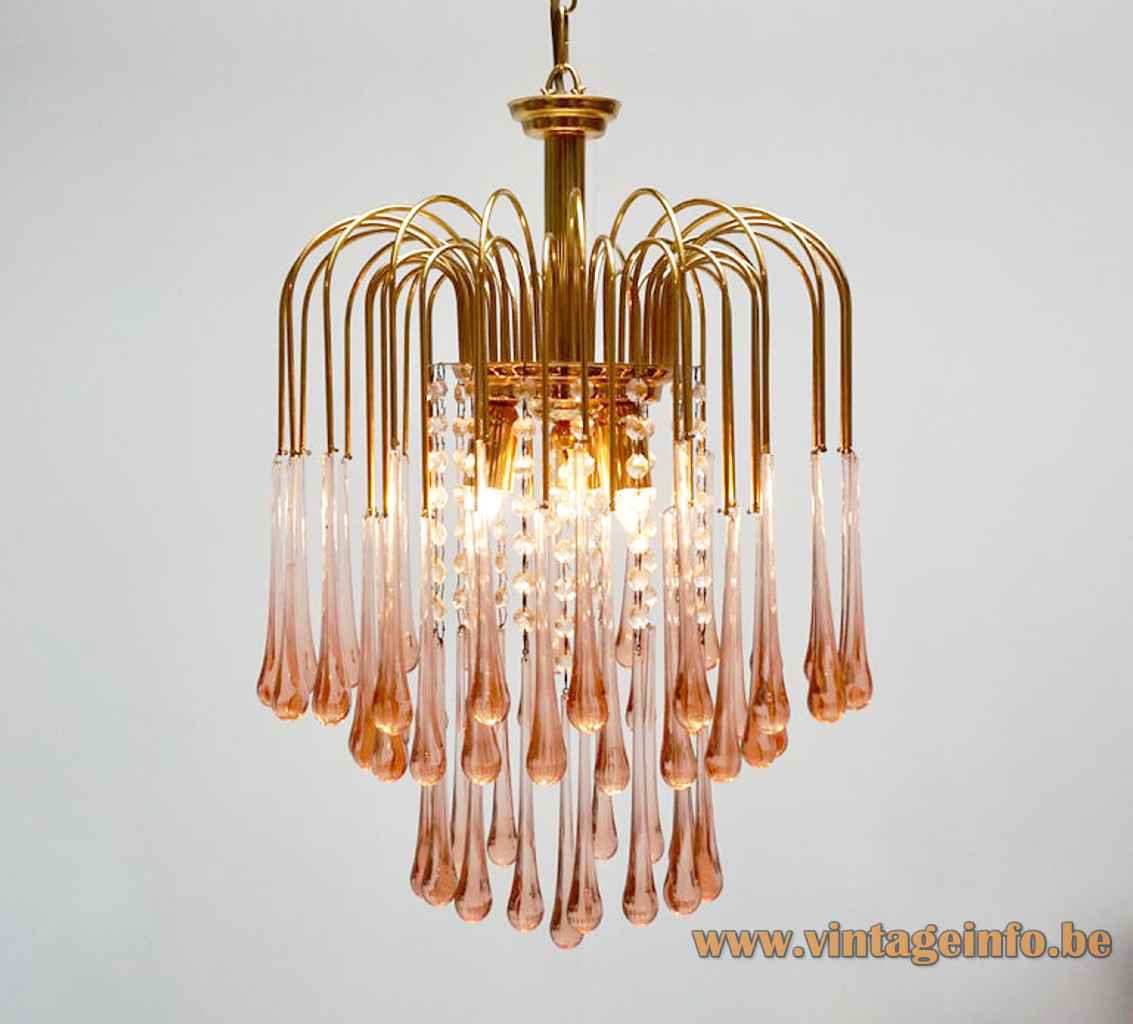 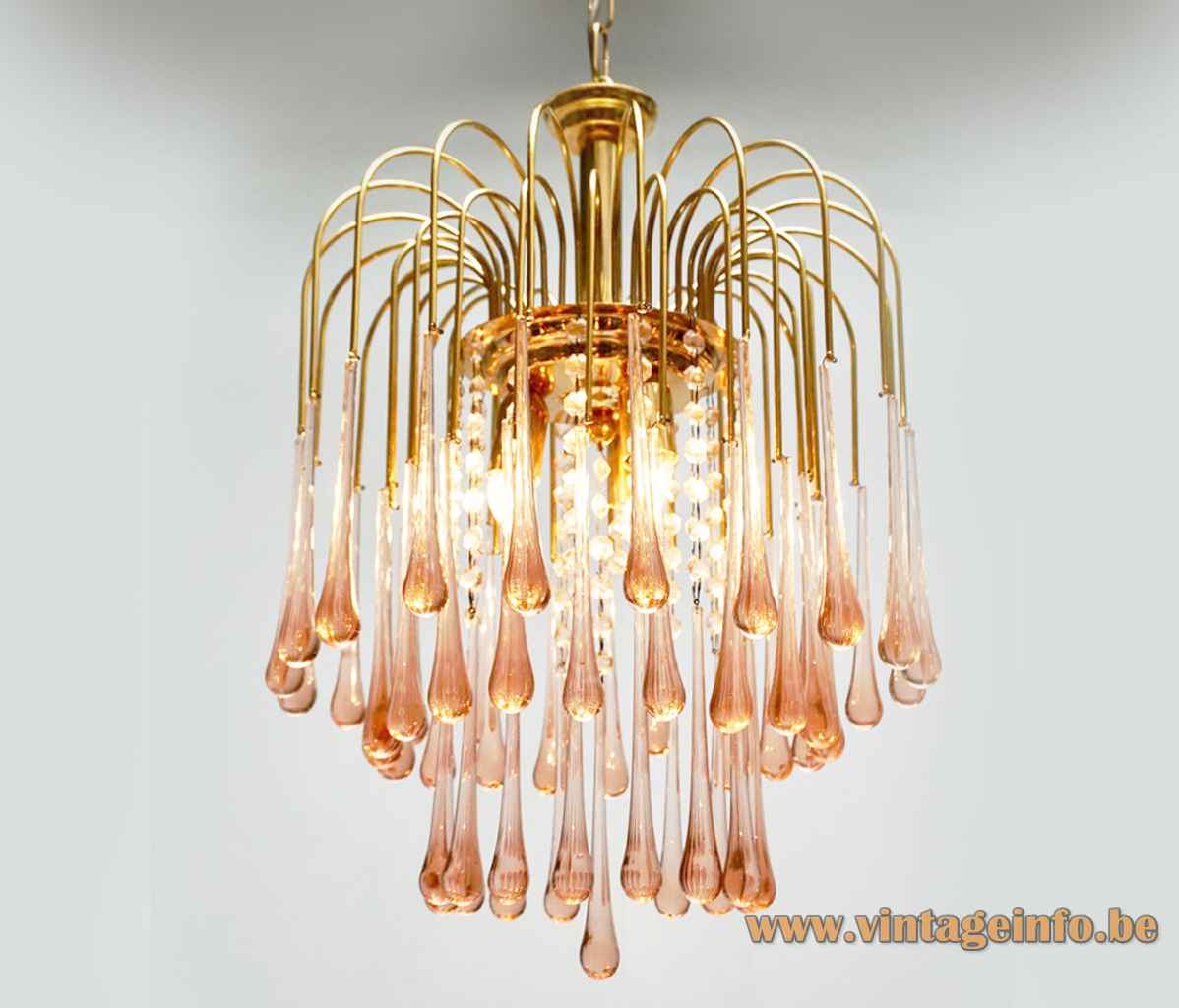 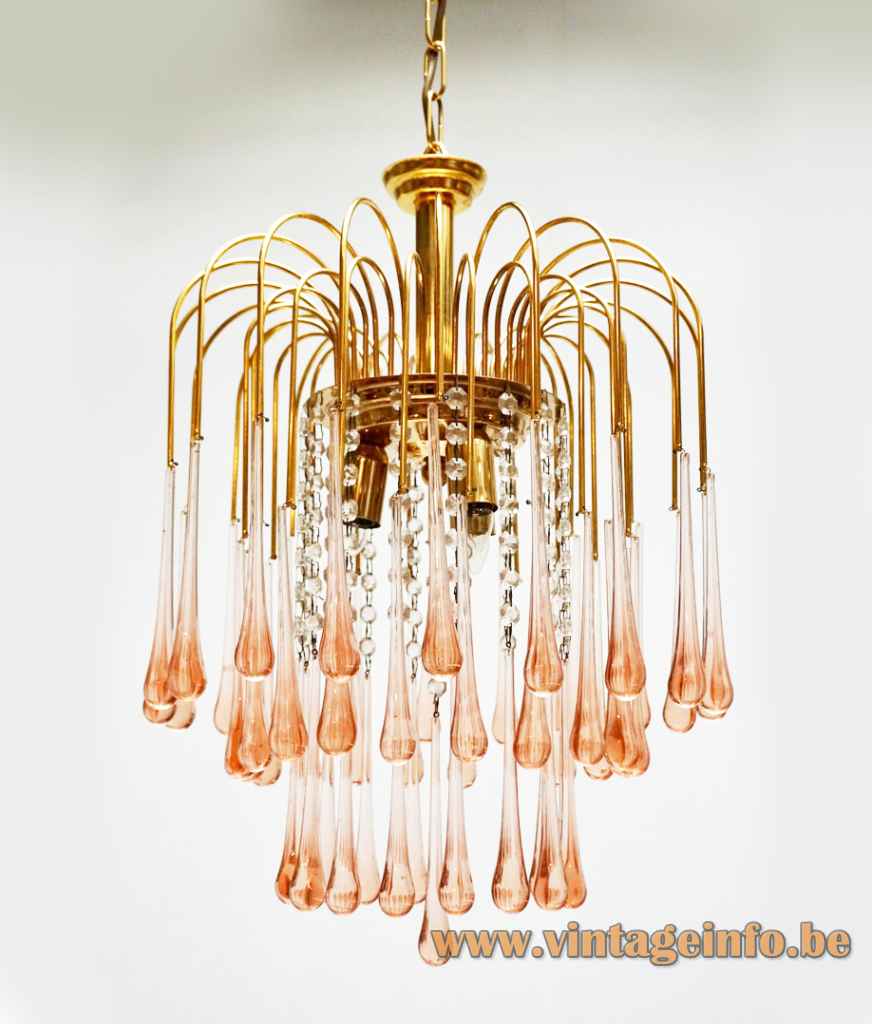 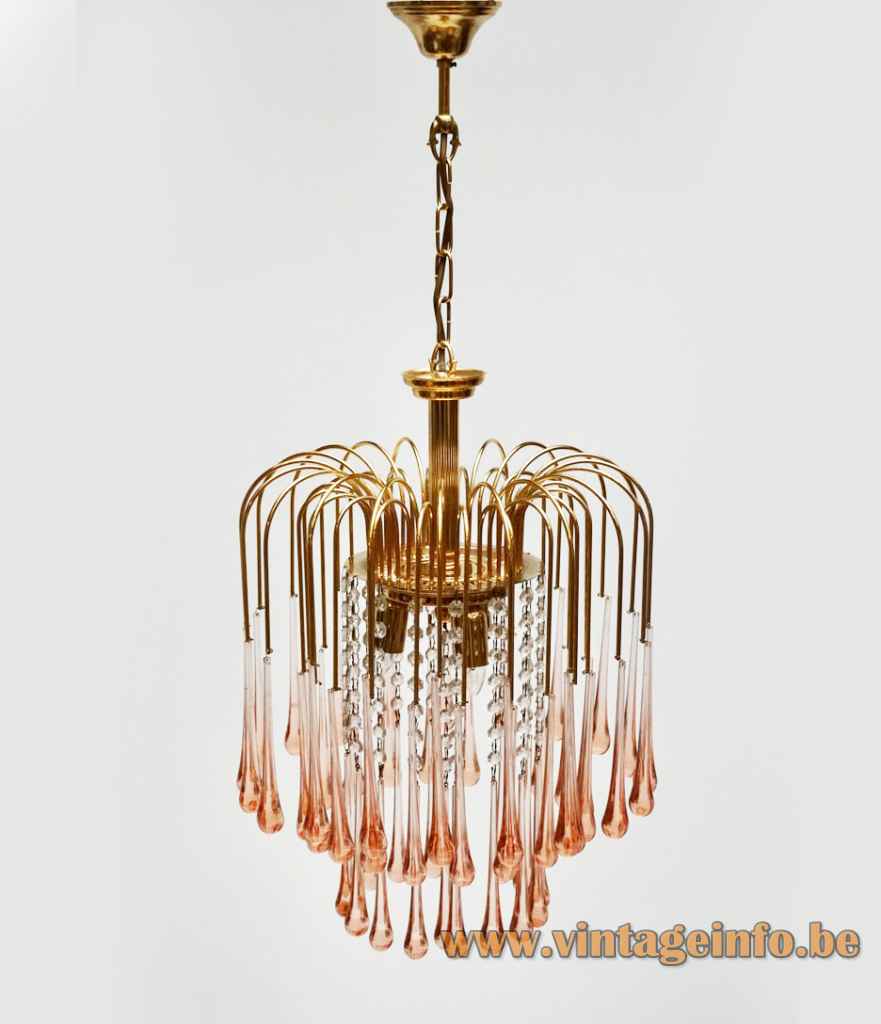 Many other companies made or sold these glass drop lamps. Below a few examples. 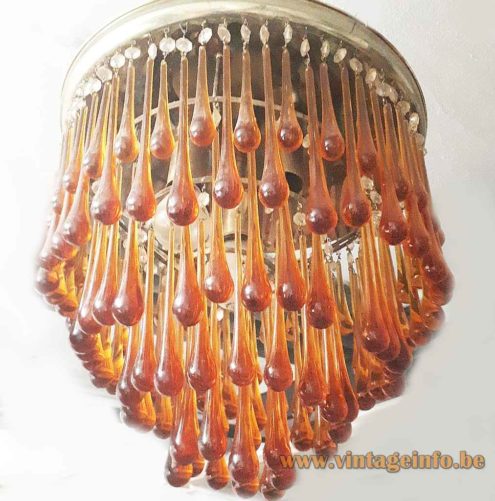 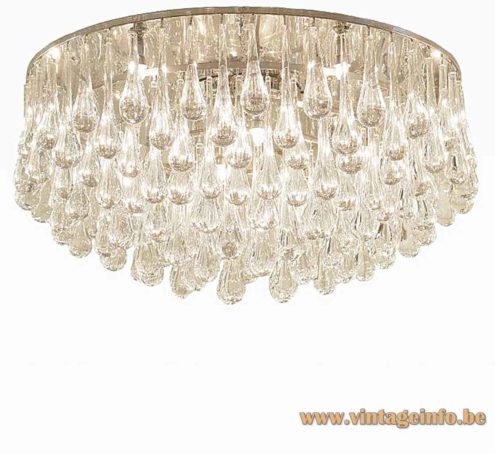 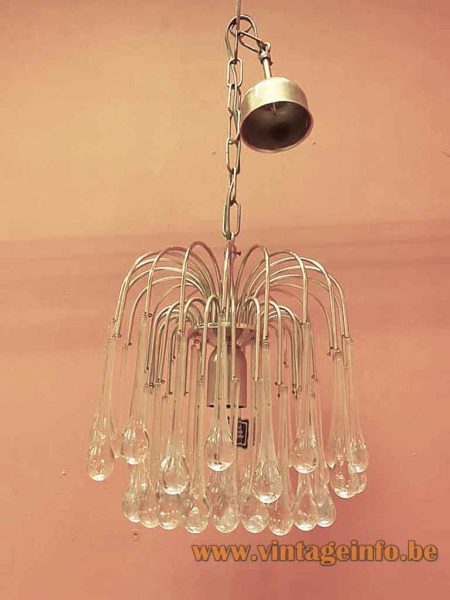 New ones are for sale on Alibaba for 56 dollar a piece! 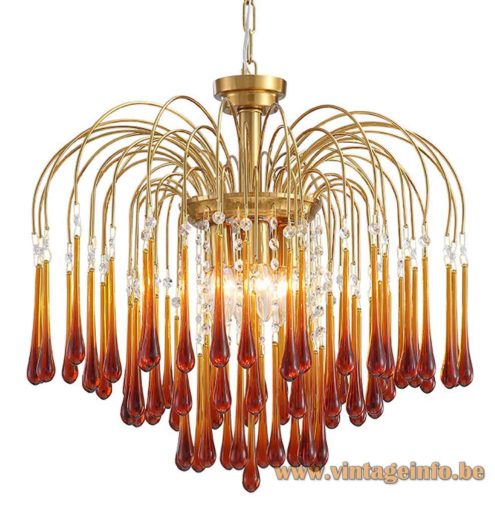 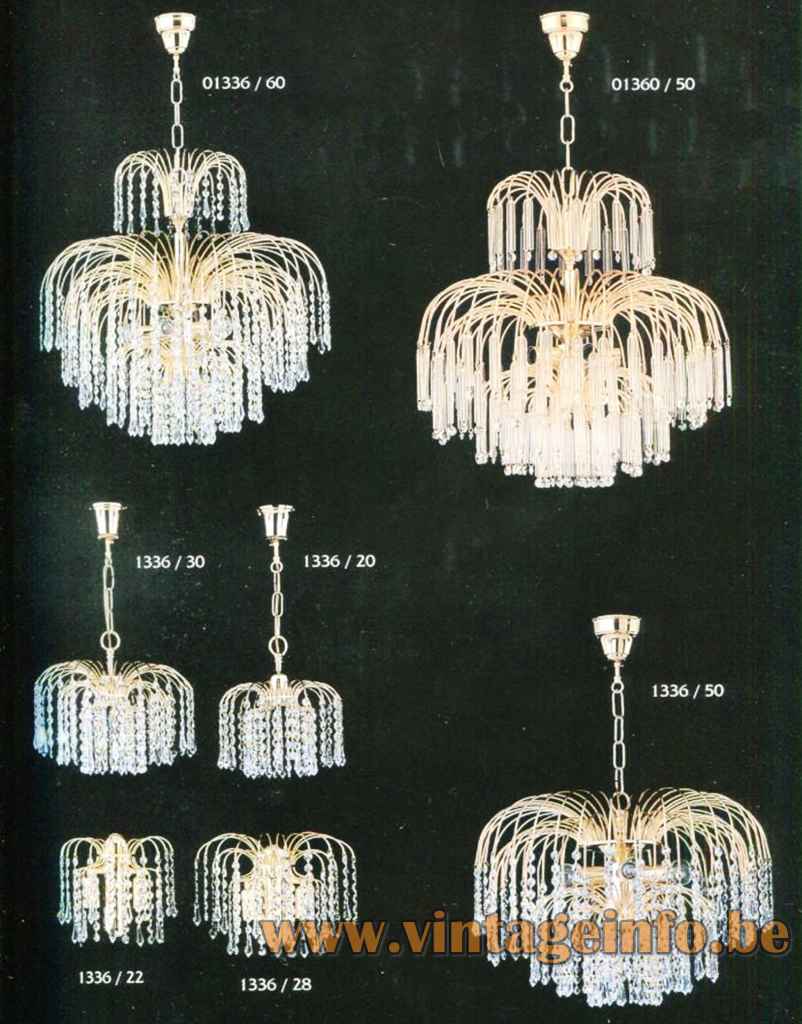 Other versions: This Pink glass teardrops chandelier exists in many variations.

Often said that these lamps are from Murano, but most of them don’t. Selene Illuminazione made very similar lamps in the 1980s and 1990s, but they are labelled with a Vetri Murano label 004. Often named Waterfall, but these lamps have no name.

Often or even mostly said that these chandeliers are made by the famous Italian Murano company Venini. It is a not true of course. First of all, Venini never made them, as they confirmed to me. They made several lamps with glass drops, but they are completely different as you can see in a catalogue picture from 1962. Far not as frivolous, almost kitschy as these ones. Second: it is simple, real Venini lamps are always stamped in the metal frame. In May 2021 I searched for real Venini glass drops chandeliers on all famous websites and I couldn’t find any. 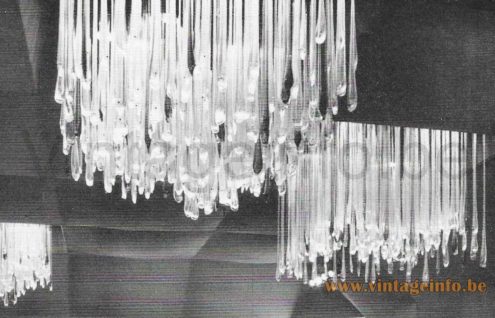 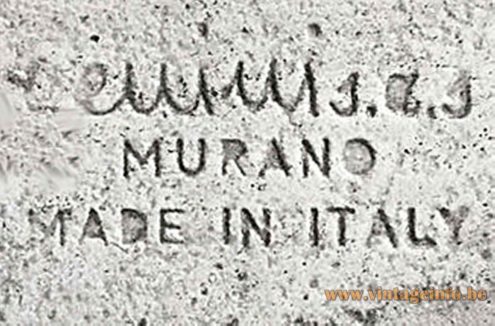 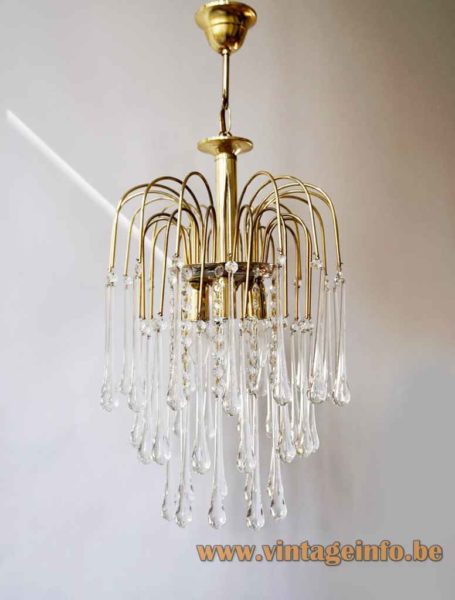 Almost the same, but this one has frosted pink glass drops. 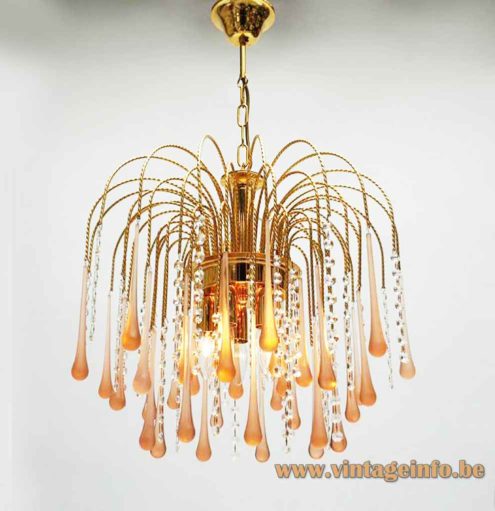 Many thanks to Frank, Hans, Christophe, Frederic and Lucas for the photos and the help!